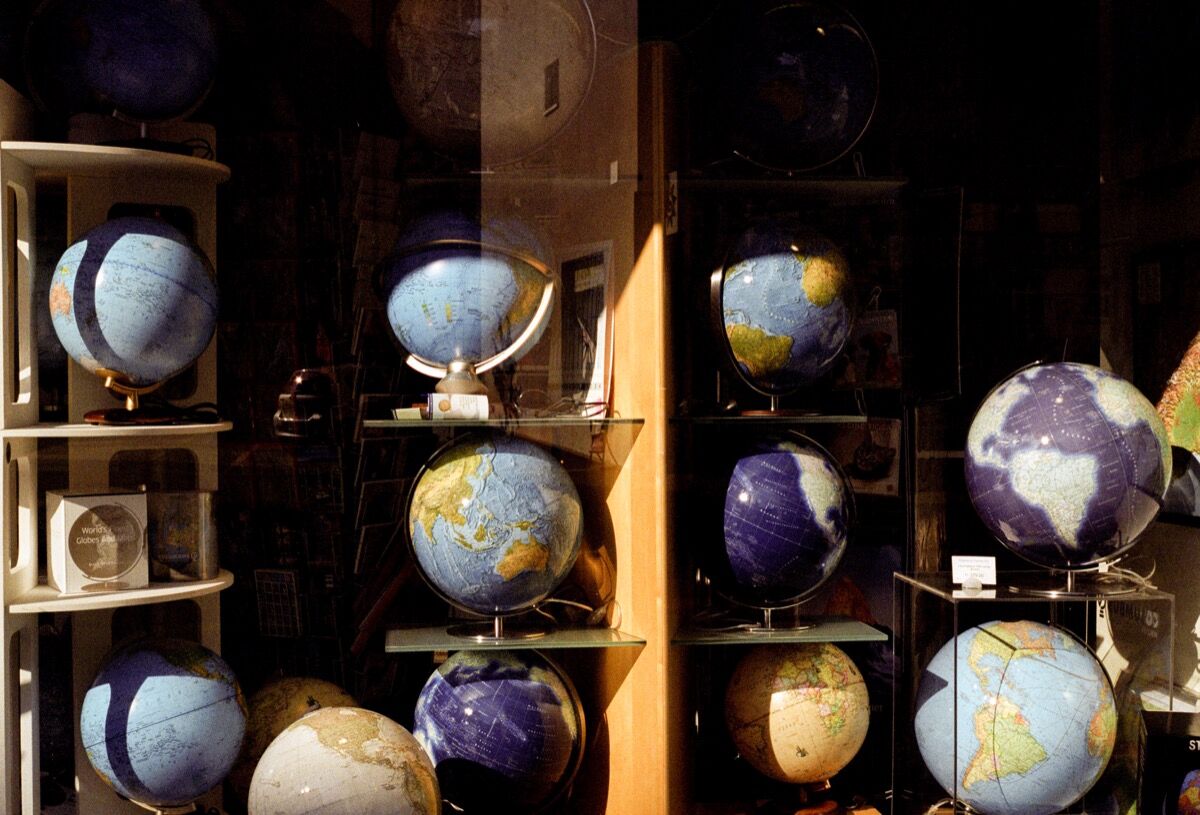 Ships circling the sea in Capri; the Alps seen between the flutter of laundry on a clothesline; a tipped-over cross in a field; the modern oddity of a person in an actual, working phone booth; sunlight streaming through the blinds, making slat-like shadows on the walls echoed by the stairs seen through a glass door.
These photographs by
Teju Cole
—on view at Steven Kasher Gallery in New York—are framed more like windows than pictures. Adjacent to each black-bordered image, another framed space—like an opened shutter—accommodates an accompanying text. The words are intrinsic to the photographs, which are scenic, often in both a picturesque and theatrical sense.
Taken in dozens of countries around the world, titled after the places of their origin—Fort Worth, Zürich, Brooklyn, Beirut, Lagos—they form a relentless moving picture, a roving novel, a travelogue, in the surreal spirit of Italo Calvino’s Invisible Cities. “I am intrigued,” writes Cole in the afterword of his concurrently published fourth book Blind Spot, “by the continuity of places, by the singing line that connects them all.” 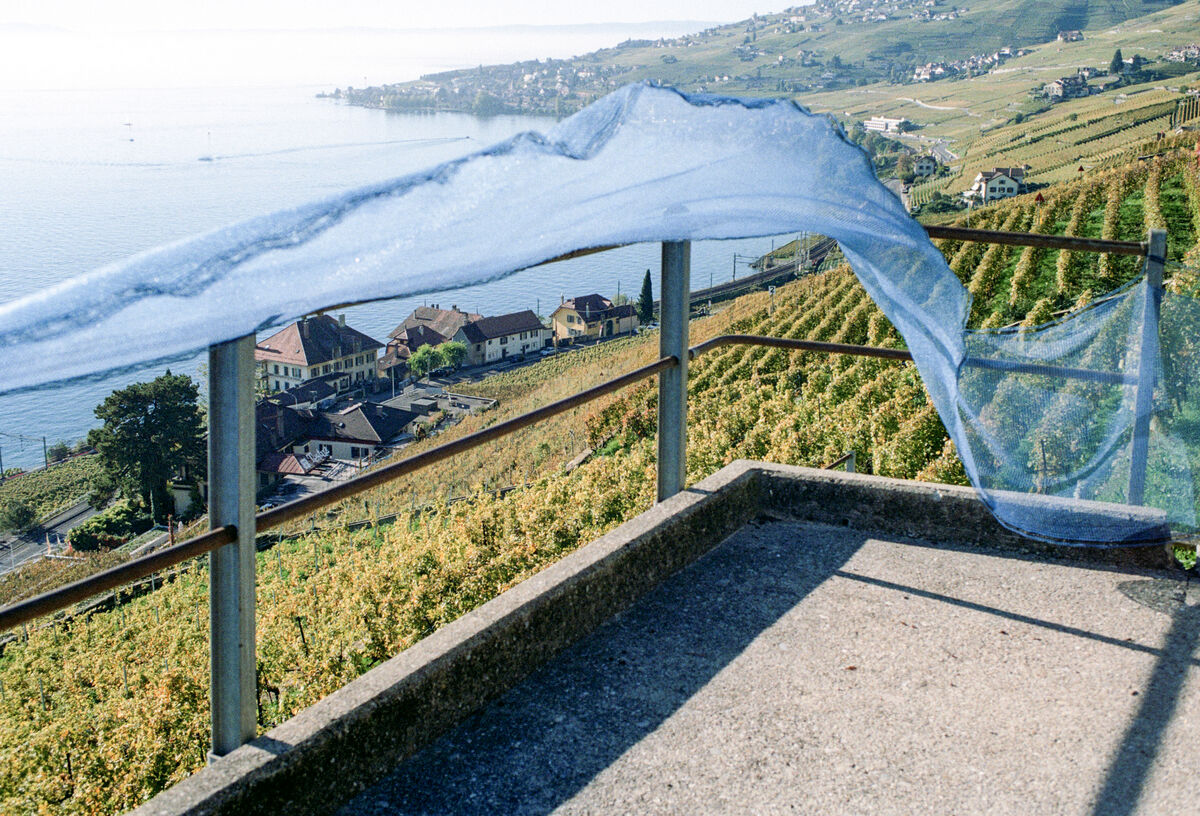 Before he became known as a photographer, Teju Cole made his name as a novelist. For a writer, the “singing line” is narrative. In many ways, it’s no surprise that Cole was drawn to pick up a camera. “Photography seems to be the most literary of the graphic arts,” Walker Evans once wrote; a sentiment shared by the photographer William Gedney, who claimed to be “attempting a literary form in visual terms.”
Cole’s widely acclaimed debut novel, Open City, is driven not by plot but by the act of walking and accidental physical encounters with place: The story stumbles upon itself. As the protagonist Julius, a Nigerian medical student, wanders Manhattan and Belgium on foot, the narrative seeks to get under the surface of the city, to scrape away at the past collected in its buildings and below its streets. Open City invited comparisons to Michael Ondaatje, whose novel In the Skin of a Lion imagines the building of Toronto, and to W.G. Sebald’s melancholic, peripatetic novels The Rings of Saturn, The Emigrants, and Austerlitz. 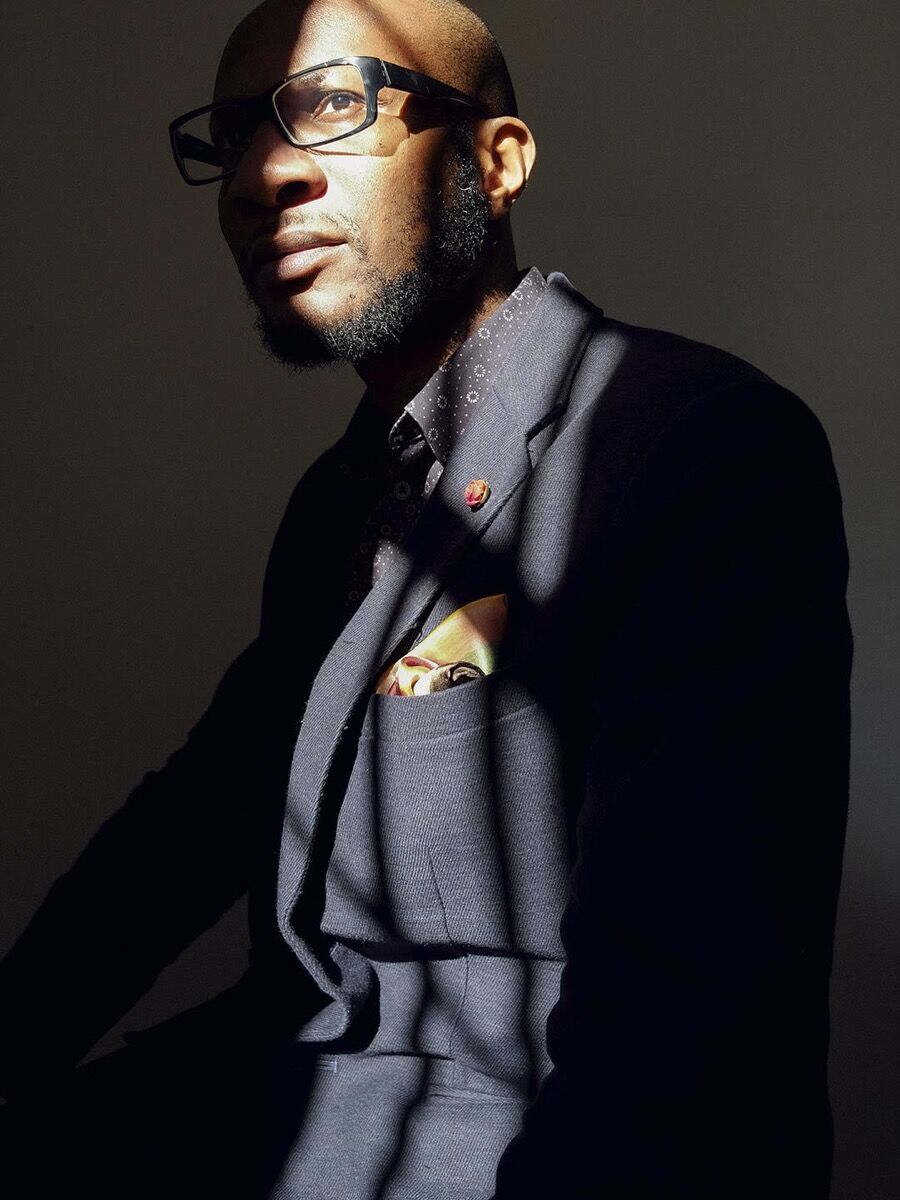 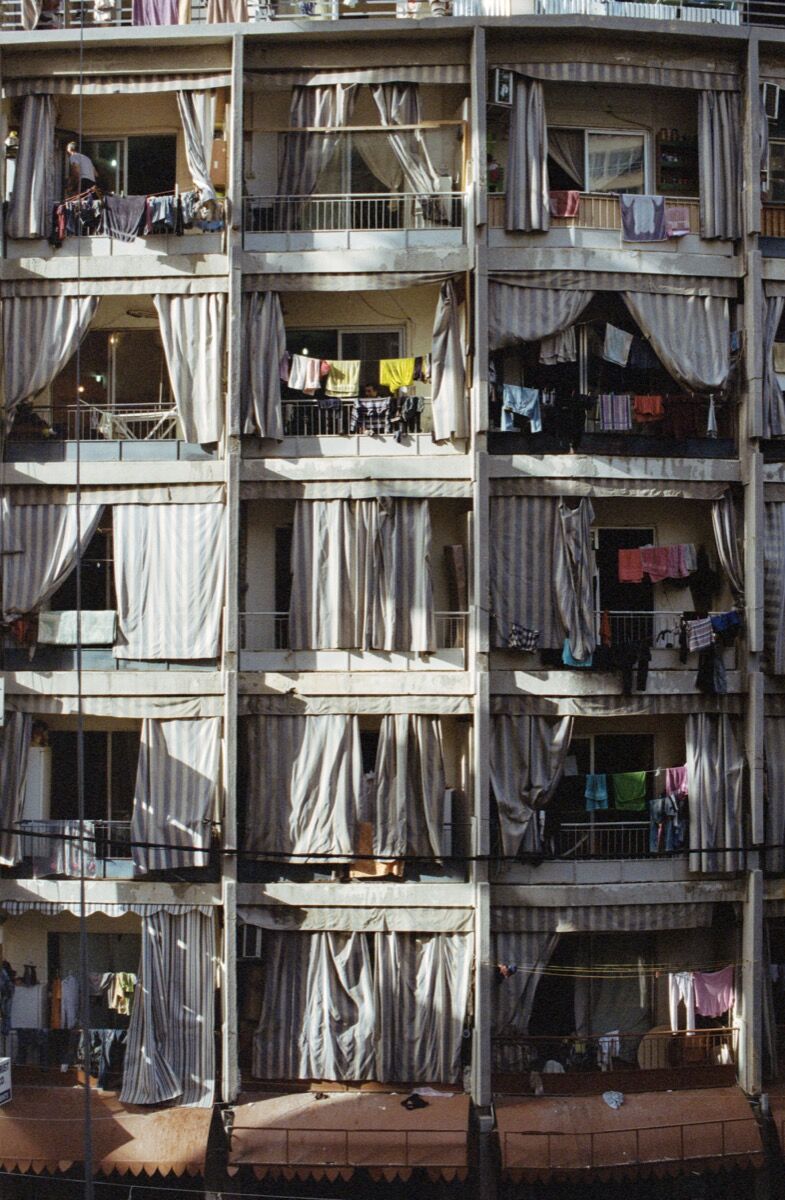 Advertisement
After Open City came the publication of a revised version of Cole’s Every Day Is For the Thief, a novella in which a Nigerian man returns, after 15 years abroad, to his homeland. (Cole, born in Michigan to Nigerian parents, moved to Lagos and lived in Nigeria until he was 17.) This novella felt in many ways like an extension of Open City—roaming and ruminative—and bore another trace of Sebald, incorporating photographs within the text. As in Sebald’s work, the photographs are of the world of the book, but not literally illustrative; their antique qualities and their blurriness add to their enigma and to the collage-like effect of the narrative itself. The oblique, subterranean films of Guy Maddin come to mind. As Cole told the New York Times in 2014, “‘The novel’ is overrated, and the writers I find most interesting find ways to escape it.”
Photography is one possible escape route, and a natural one. Cole holds degrees in studio art and art history; a perceptive and engaging critic, he writes a column on photography for the New York Times Magazine. Cole’s novels were occasionally tagged “immigrant fiction” but perhaps a more apt way to think of them is as migrating forms—he is seemingly unbound to genre in writing, or in art. 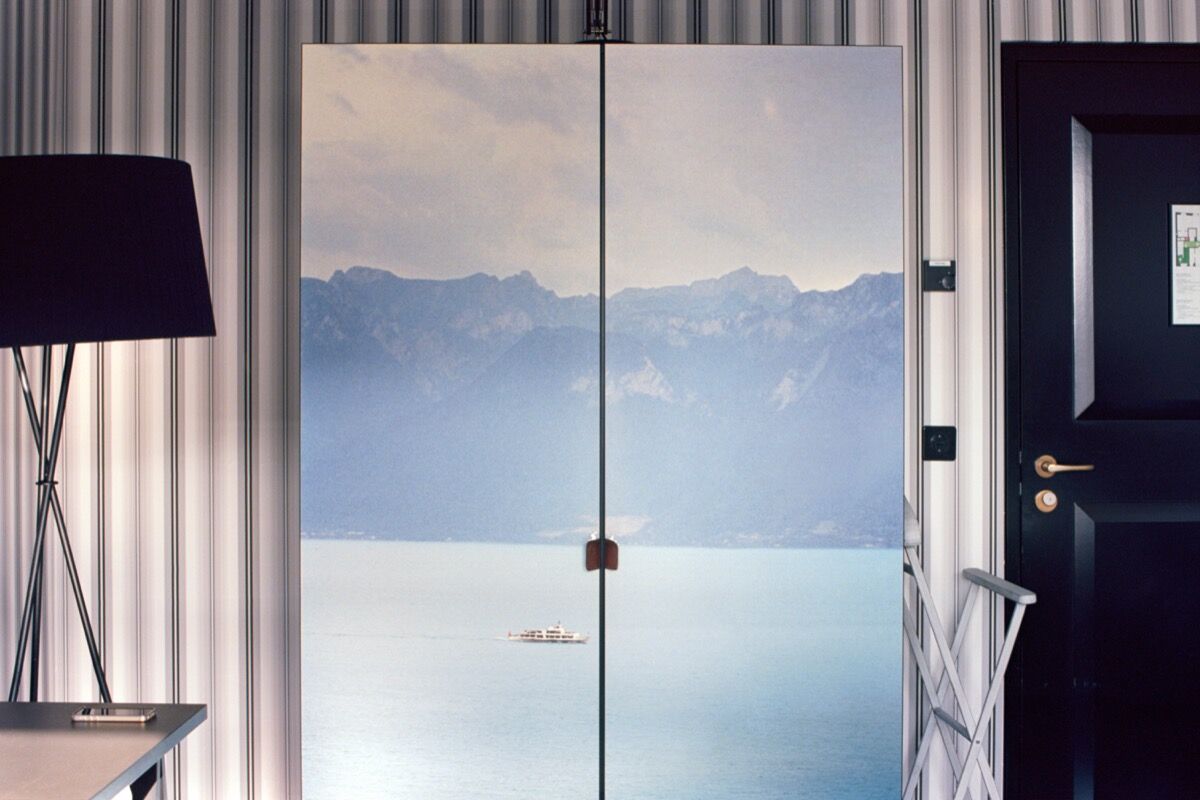 Some of the images in “Blind Spot” were originally posted to Cole’s Instagram account, which has some 28,000 followers (“the word,” Cole has noted, “has a disquieting air”). Elsewhere, in interviews, he has acknowledged that writing captions for his Instagram posts helped formulate the writing that accompanies these photographs, and aided in editing the selection of the images for publication of the accompanying book.
The captions themselves show Cole shifting between his roles as novelist and critic. Microfictions accompany some images: The 138-word story behind a tattoo on a woman he photographs on the train in Zürich reads like a hyper-condensed Sebaldian tale of grief. McMinnville, a picture of a mural depicting helicopters and jets in flights, is accompanied by another morbid narrative that centers on car crashes. 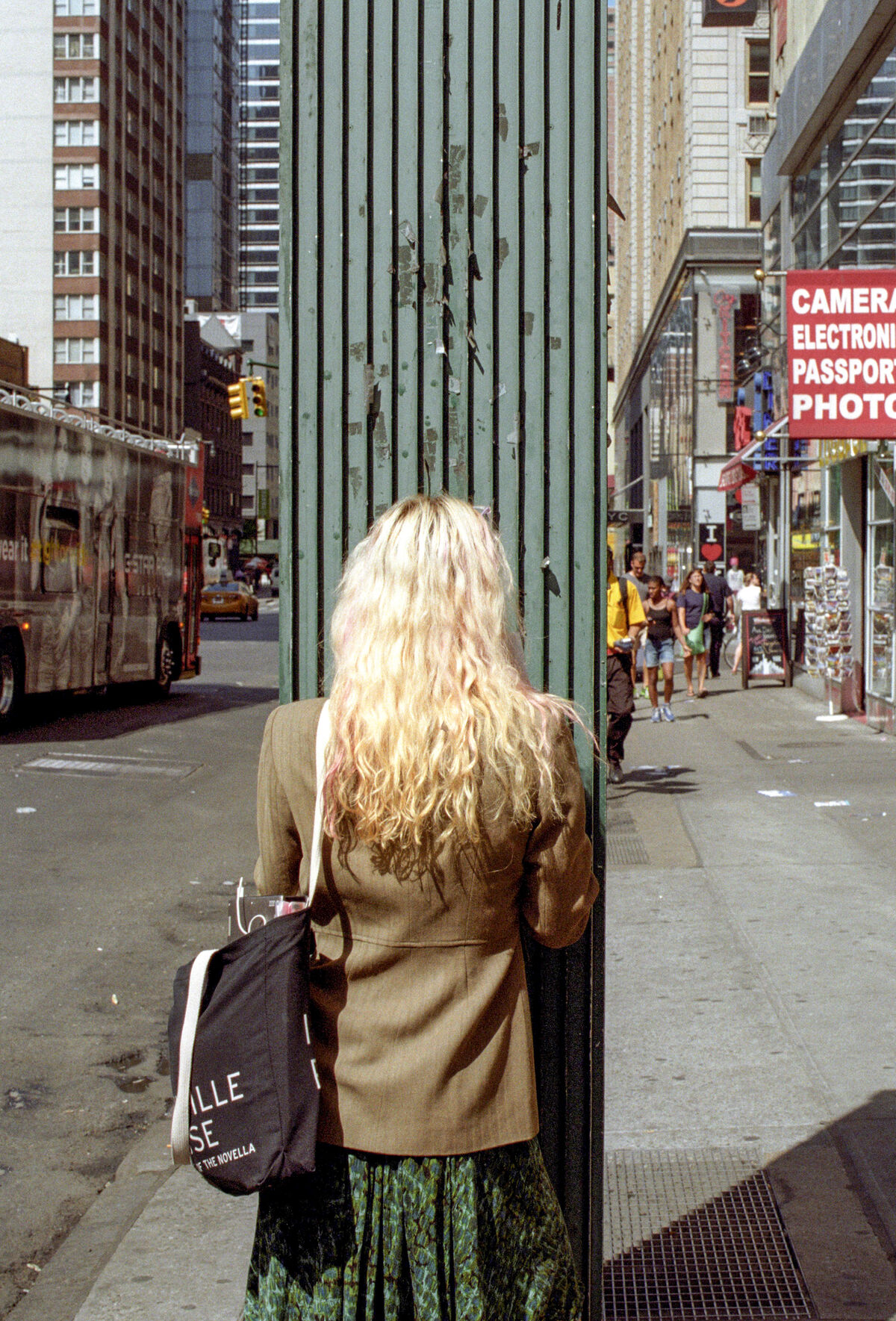 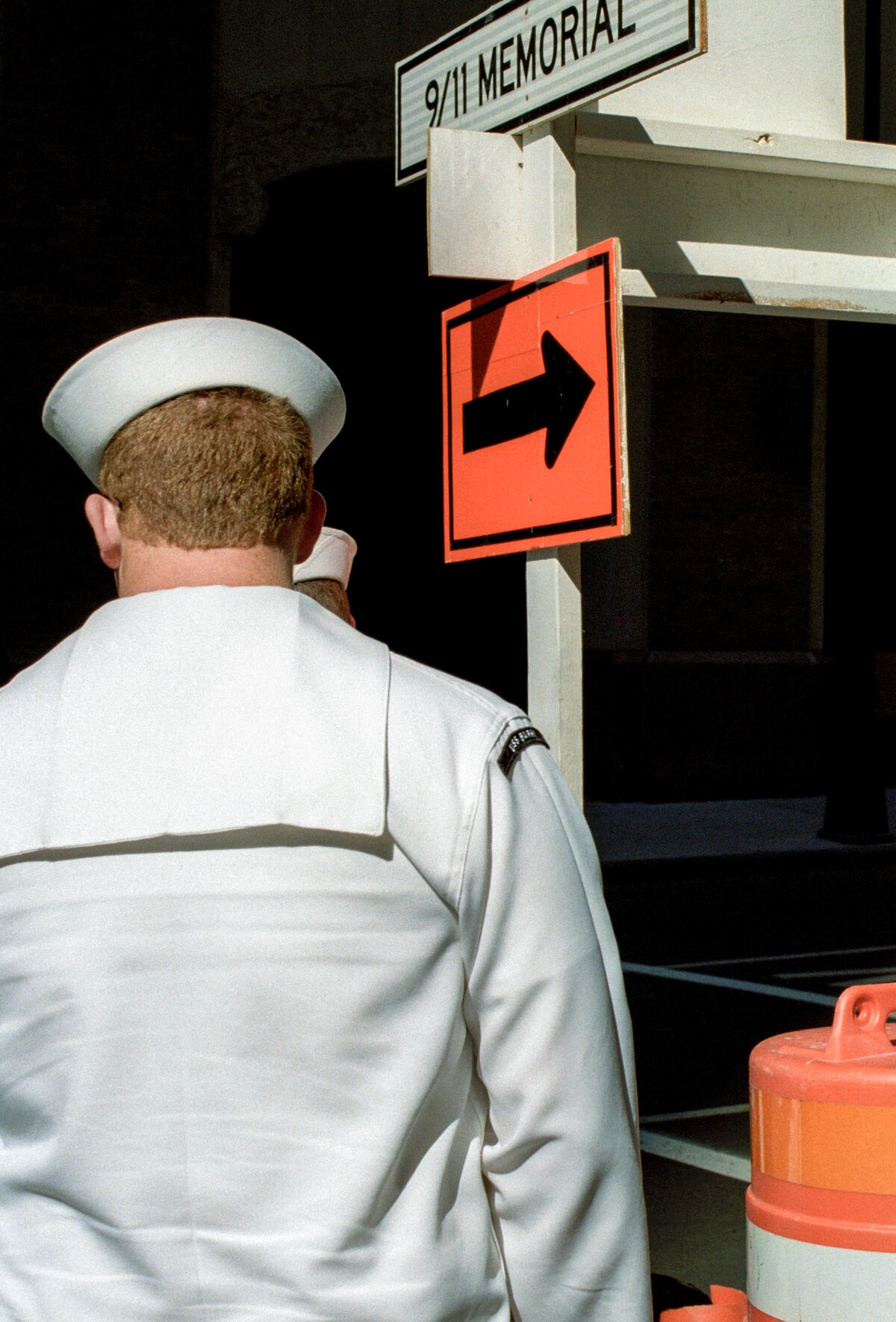 Elsewhere the captions analyze the visual elements of the images, and ponder the senses. Alongside Beirut, a photograph of apartment balconies all draped with the same striped curtains, Cole ruminates on a previously ruined roll of film. He cites a line by Emily Dickinson: “I take this as a reminder that what is seen is greater than what the camera can capture of it, what is known is finer than writing can touch. My eye was swaggered upon. I wasn’t fooled.” These are photographs obsessed with the act of seeing, and perhaps equally, in the age of Instagram, in the fear of missing out.
“Blind Spot” takes its title from the medical condition from which Cole periodically suffers; he once wrote an essay about the malady, collected in the volume Known and Strange Things. Cole’s blind spot, he wrote, first materialized like “a grey veil” obscuring the vision in one eye. In his pictures, it is the question that haunts the photographer and it is perhaps what accounts for their restless nature, the way they alight on a thousand points of view: What does the camera not see, what does the picture not reveal? 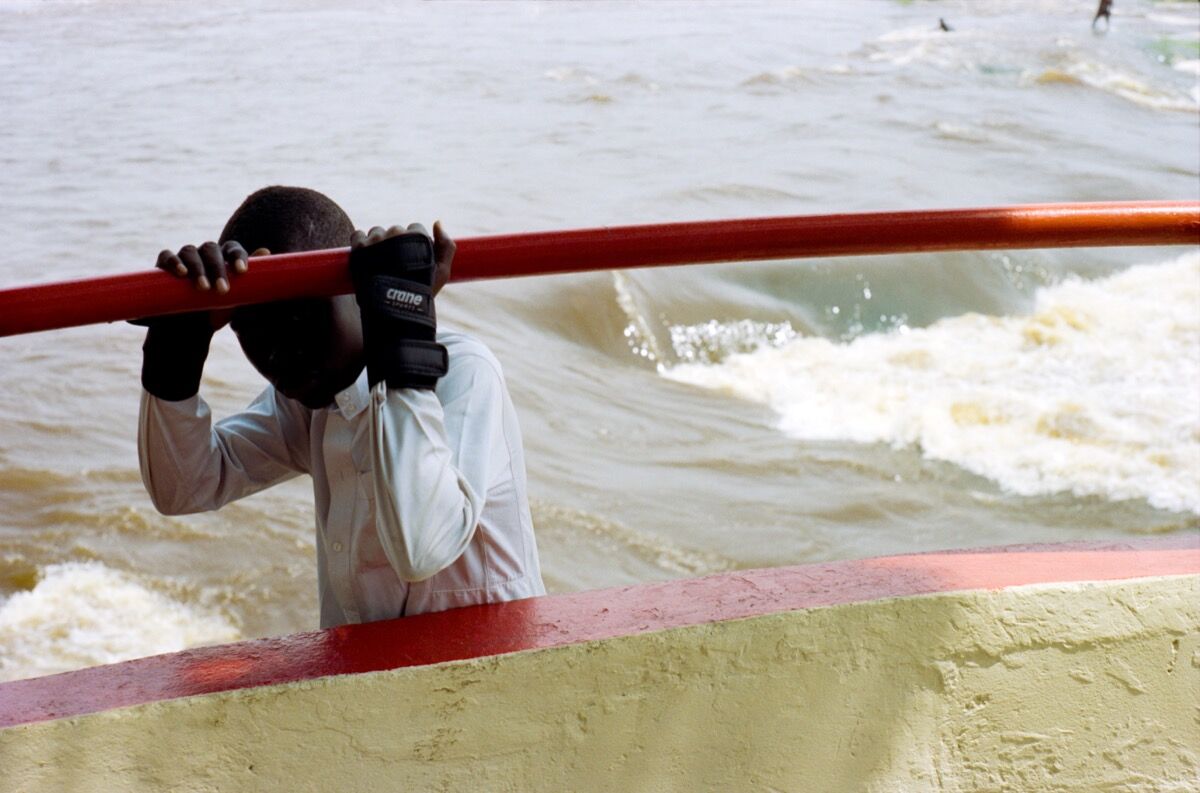 Brazzaville, an image of a boy playing on a railing by the water in the Congo, is one of the few photographs here featuring a person; it’s certainly the only instance in which a person is looking directly at the camera, yet it’s impossible at first to see the boy’s eyes. “Suddenly, he lowers his head, his eyes disappear,” Cole writes in the accompanying text. Later, Cole rescans the negative, and discovers the boy’s eyes are now visible; he mounts this picture as well, two versions of the same shot. He tells the story of the sentry who kept watch in the villages along the Congo River against the invasion of colonialism, superimposing that history on the now visible irises of the boy by the railing. What the camera failed to see the first time is now reflected twice in its subject: “This boy is double-visioned. He is looking out, looking outward, but here, poised at the edge of the crisis, he is also looking inward, looking in.”
—Rebecca Bengal
Related Stories