How This Photojournalist Gets Close to California’s Devastating Wildfires 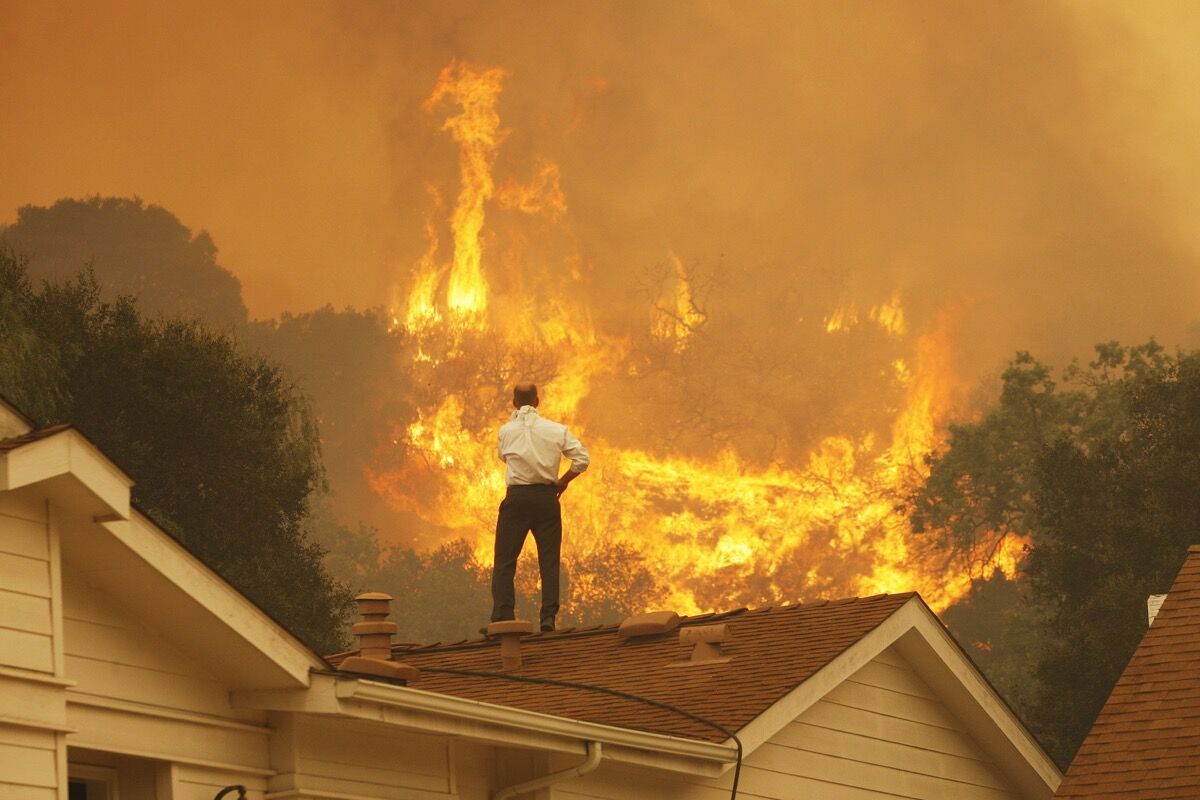 Photojournalist David McNew was tired. On November 7th, in the middle of the night, he received a call that a gunman had opened fire on patrons of a bar in Thousand Oaks, California. McNew left his home in Pasadena and drove out to cover the aftermath of the mass shooting, which left 13 people dead. Just hours later, a few miles away from the tragedy, a wildfire ignited in Hill Canyon.
As soon as McNew had finished photographing in Thousand Oaks, he headed over to the scene of the Hill Fire, stopping by a Starbucks to grab a coffee. “By the time I came out, the Woolsey Fire had started,” he recalled over the phone.
McNew spent two days photographing Ventura County as it burned; together, the wildfires have eviscerated more than 100,000 acres of land. (The Hill Fire has been contained, while the Woolsey Fire is at 91 percent containment.) Meanwhile, in Northern California, the Camp Fire swept through the small mountain town of Paradise, becoming the deadliest blaze in the state’s history. 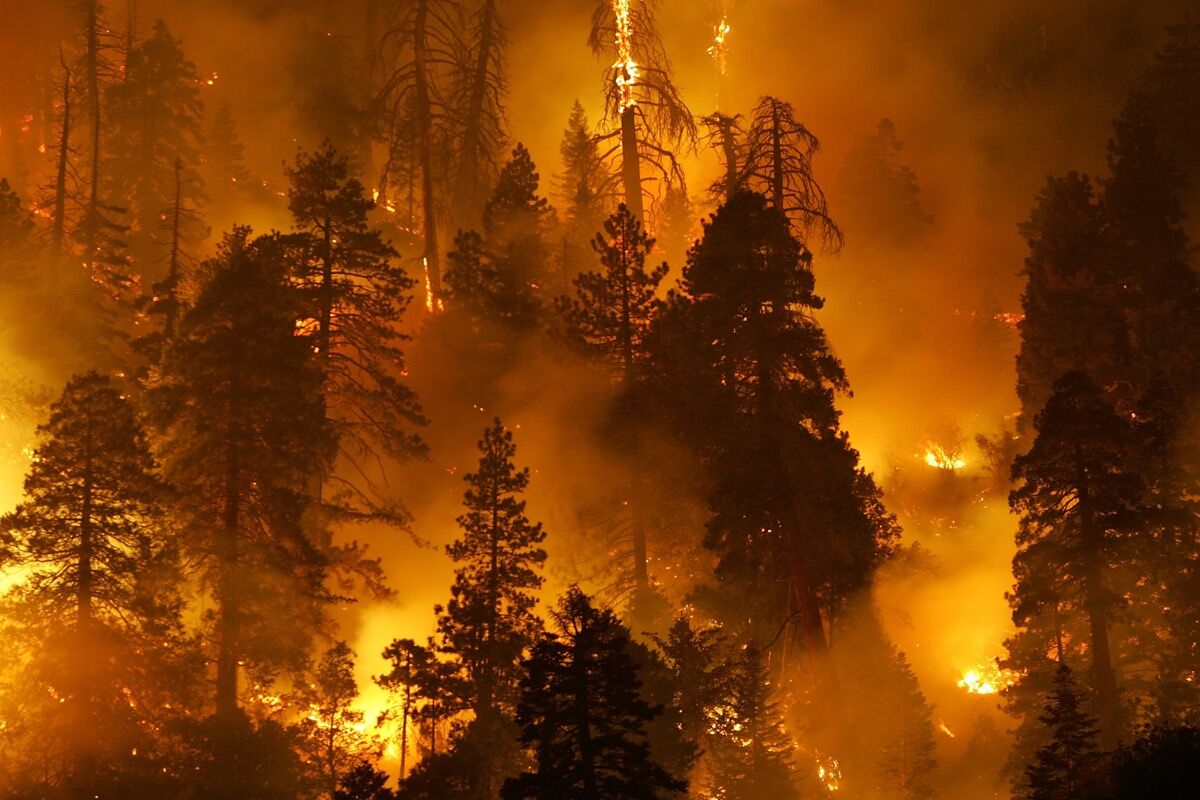 McNew, who was a founding staff photographer of Getty Images, has been covering wildfires since the 1970s, when he was just a twentysomething in San Diego. In California, journalists have access to emergency areas that they don’t have in other states. “We can go right into fires here, whereas we can’t in Arizona or Colorado, where authorities will actually try to arrest us if we go in,” McNew explained.
He covered his first fire with a friend while they were both undergraduate students. His friend’s father worked for the San Diego Union Tribune, and their images were published in a special section of the newspaper. Over four decades later, his approach to photographing fires is drastically different, having grown up from an eager photography student to a seasoned journalist.

2 Images
View Slideshow
Advertisement
“When you’re young, you take chances that you don’t know you’re taking,” he said. “In the beginning, I wore jeans and T-shirts and hiking boots and I’d just go for it.” But he learned that hiking boots melt, and synthetic fibers are essentially firestarters. While shooting today, he emulates the firefighters at the scene, wearing the same clothes, and carrying “last-resort” survival gear—a silver pop-up tent that can shelter you temporarily. (McNew has never needed to deploy his.)
“I try to learn as much as I can from the firefighters about fire behavior so that I can predict where the fire is going, and also I can look for safety zones along the way and escape routes,” McNew said. Safety zones can be open areas like golf courses, where the firefighters themselves set up base. Firefighters and safety officials on the scene have been his best resource, especially when he was starting out and putting himself in potentially dangerous situations. “They’ll come up to you and let you know there’s a propane tank next to you,” he said with a laugh. 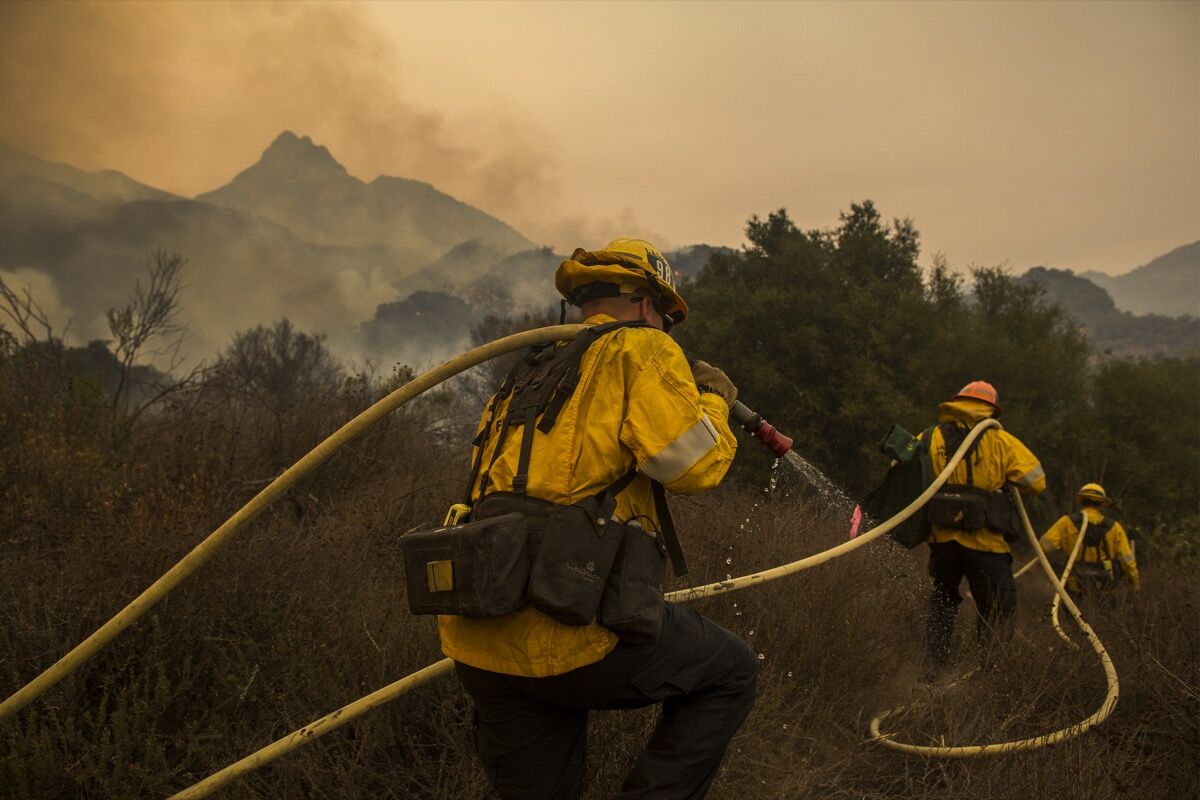 Newspaper and wire photojournalists who cover the fires often form a small community; up north, McNew said, a small group travels together “like they are in a war zone.” Though McNew prefers to work alone, he said he’s “always cautious.” Five years ago, 19 firefighters from an elite, highly trained “hotshot” crew died while battling a blaze around Yarnell, Arizona, that was caused by a bolt of lightning. “Even they got caught,” he said.
Wildfires can be devastatingly unpredictable, McNew emphasized. “Every fire is different [with] different characteristics,” he said. In California, the dry, hot Santa Ana winds, which pass over the Mojave Desert toward the Pacific Ocean, contribute to many of the conditions that allow for sudden outbreaks, such as with the Woolsey Fire.
Developing the state’s land has contributed to the problem, too. Many of the fires spring up “where the cities and the wildlands meet,” he explained. Such is the case with Paradise, a small town surrounded by a heavy forest. 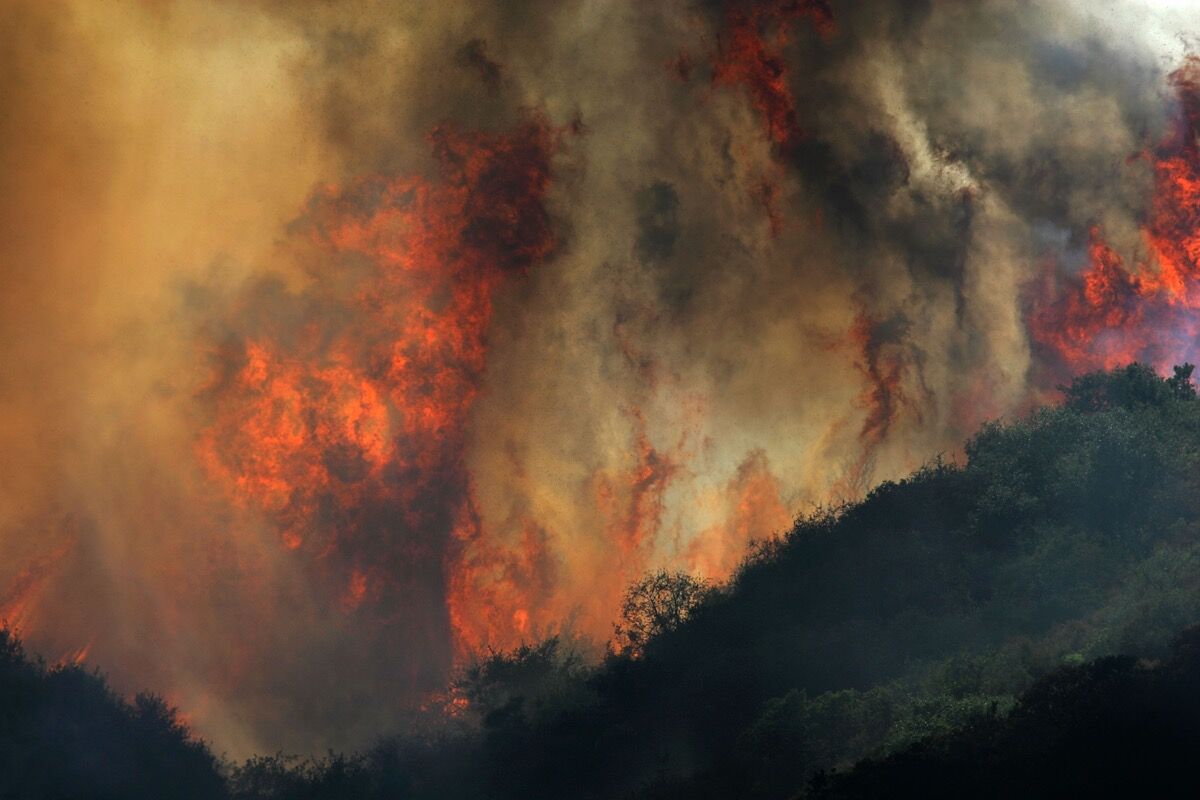 In Southern California, highly flammable chaparral covers the land. “You can’t manage it, despite what our president says, because it’s brush,” he said, referring to President Trump’s November 10th Tweet that blamed California’s wildfires on “gross mismanagement of forests” by the state. (In truth, only 3 percent of California’s forests are managed by state and local agencies—57 percent is maintained by the federal government, and 40 percent by private owners and Native American tribes.)
The real factors are the changing climate and overdevelopment of the wildlands, McNew said. He reiterated the fact that California has experienced a severe drought for the better part of the past decade, and that an oak disease killing millions of trees has exacerbated the dry conditions that allow wildfires to spread.
When asked if there’s anything that seems to be misunderstood from watching the national news cycle, McNew replied that it may seem like all of California is afflicted by wildfires, which is not the case. Though those like the Woolsey Fire and Camp Fire are devastating, they are localized. “It’s not the entire state that’s gone up,” he remarked. “However, everything could be on fire at some point.”
Jacqui Palumbo is a contributing writer for Artsy Editorial.
Correction: A previous version of this article stated that there was a one-lane road that went into Paradise, California; there are multiple roads that go into the town. The article has been updated to reflect this change.
Related Stories