These Photos Capture the Joy and Awkwardness of Teenage Life 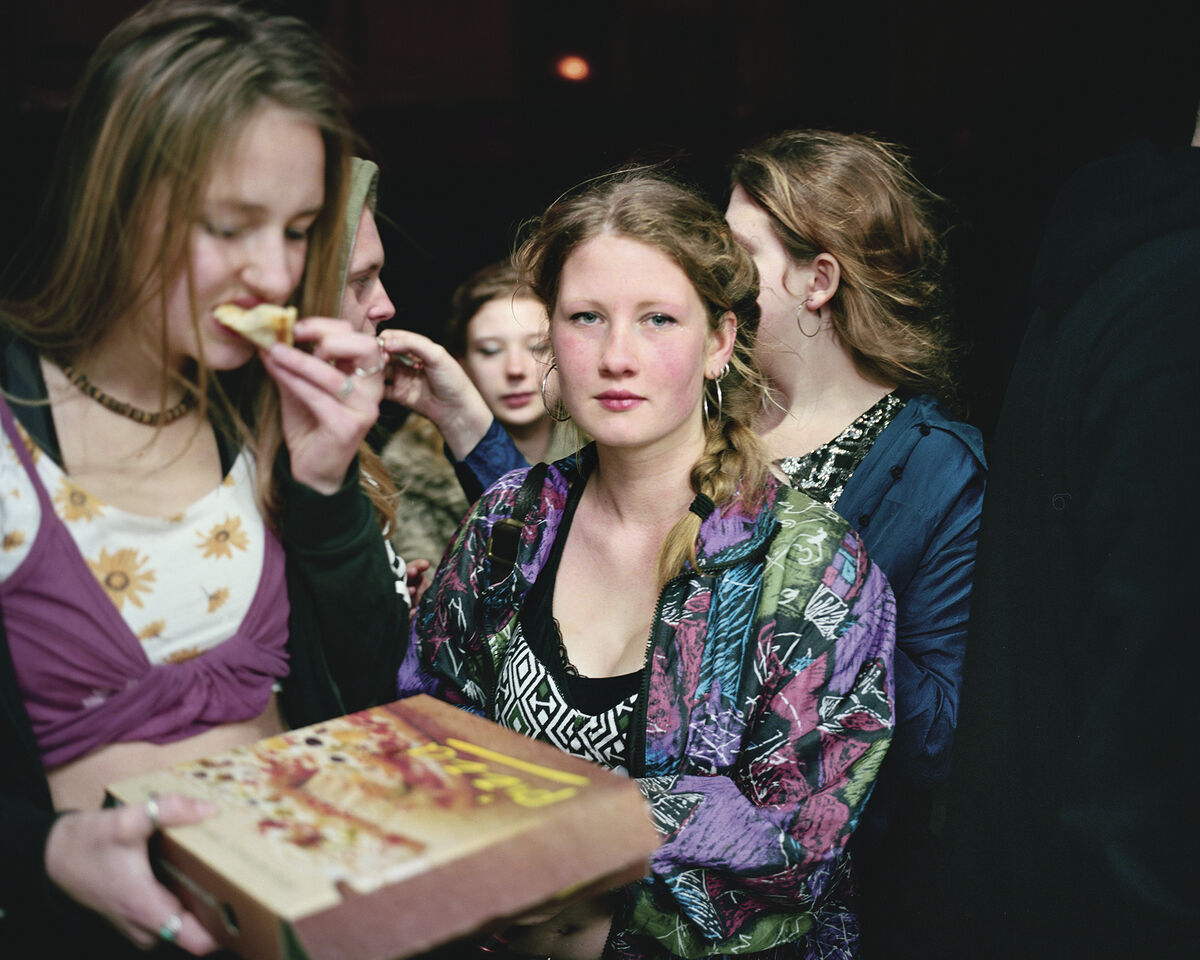 “Everybody, to some varying degree, wants to be seen,” photographer Siân Davey said, when I spoke with her by phone from London. We’re discussing a series of images Davey took of her stepdaughter, Martha, as she navigated puberty and the insecurities that come with it.
Davey began the series at Martha’s request, when she was 16. Several years prior, Davey, a psychotherapist, had picked up photography as a hobby, and young Martha became her first muse. But over time, Davey more often turned her lens on Alice, her youngest daughter—and Martha found herself in front of the camera less and less.
The shift didn’t sit well with the 16-year-old. “She asked me why I didn’t photograph her anymore,” Davey remembered. She answered by making Martha her subject once again. “Everyone wants to be witnessed and acknowledged—particularly by a parent.” 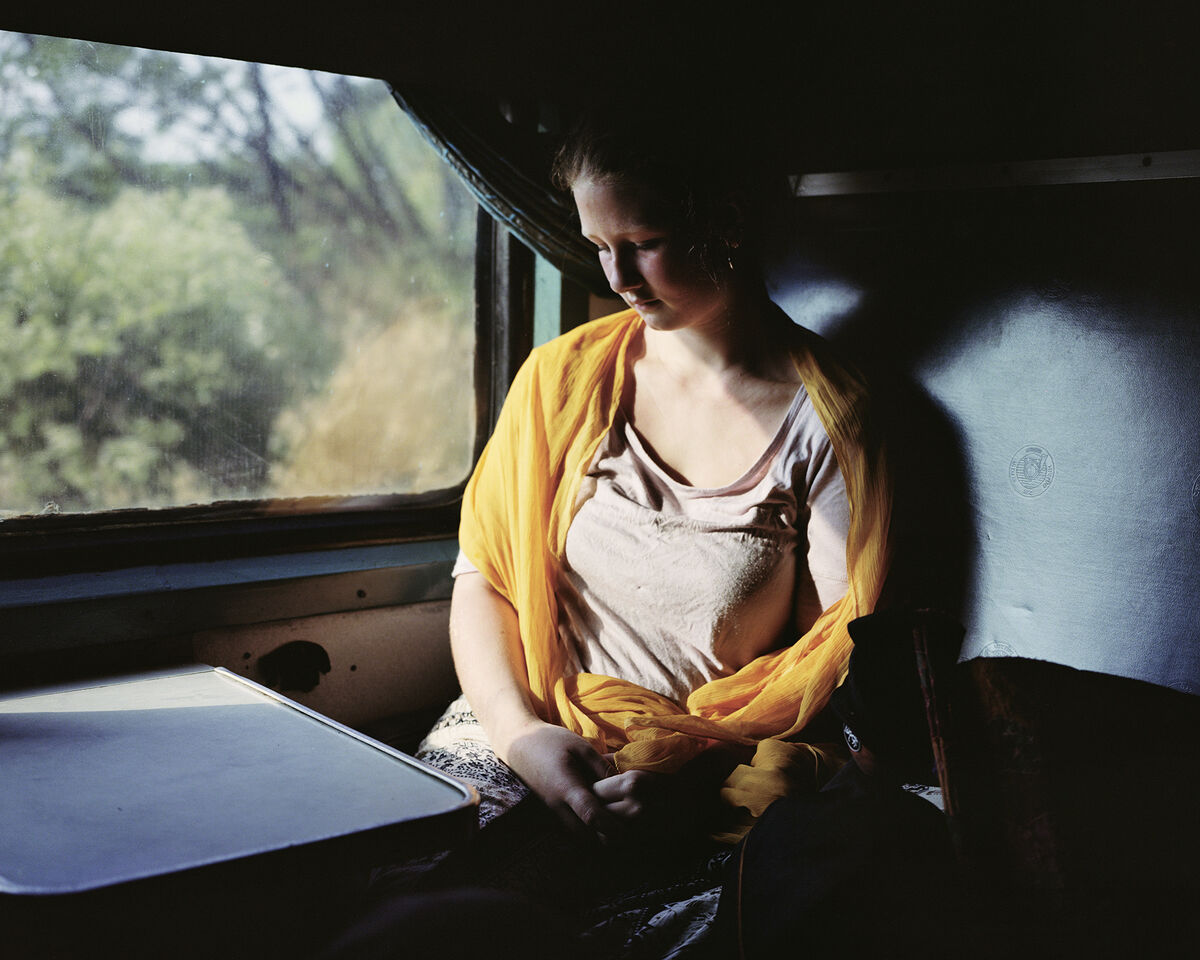 The photographs that followed are the subject of a forthcoming book, Martha, set to release this April. They show a young woman negotiating a complicated age, from 16 to 19. Over these three years, Martha transforms, shedding timidity and naïveté in favor of self-assuredness and independence. She is protective of her body, but becomes comfortable in it. She runs through the Devonshire fields with a gang of girlfriends. She collapses into puddles of teens, laughing and smoking. She wears a silver mini-skirt. She falls in love for the first time. She leaves home.
“Everything changes: the quality of her skin, her gaze, her posture, how she engaged with me in the world,” Davey explained. “It’s all very visible.” For her part, Davey captures this metamorphosis with the sensitivity and intimacy of a mother.
Davey began by shooting Martha in the comfort of their shared home and on family trips. The first photo in the book introduces us to Martha as she stands in their sunlit kitchen. Her face is freckled and without makeup. Martha’s posture is relaxed, but there is also nervousness, or perhaps self-doubt, in her averted gaze. 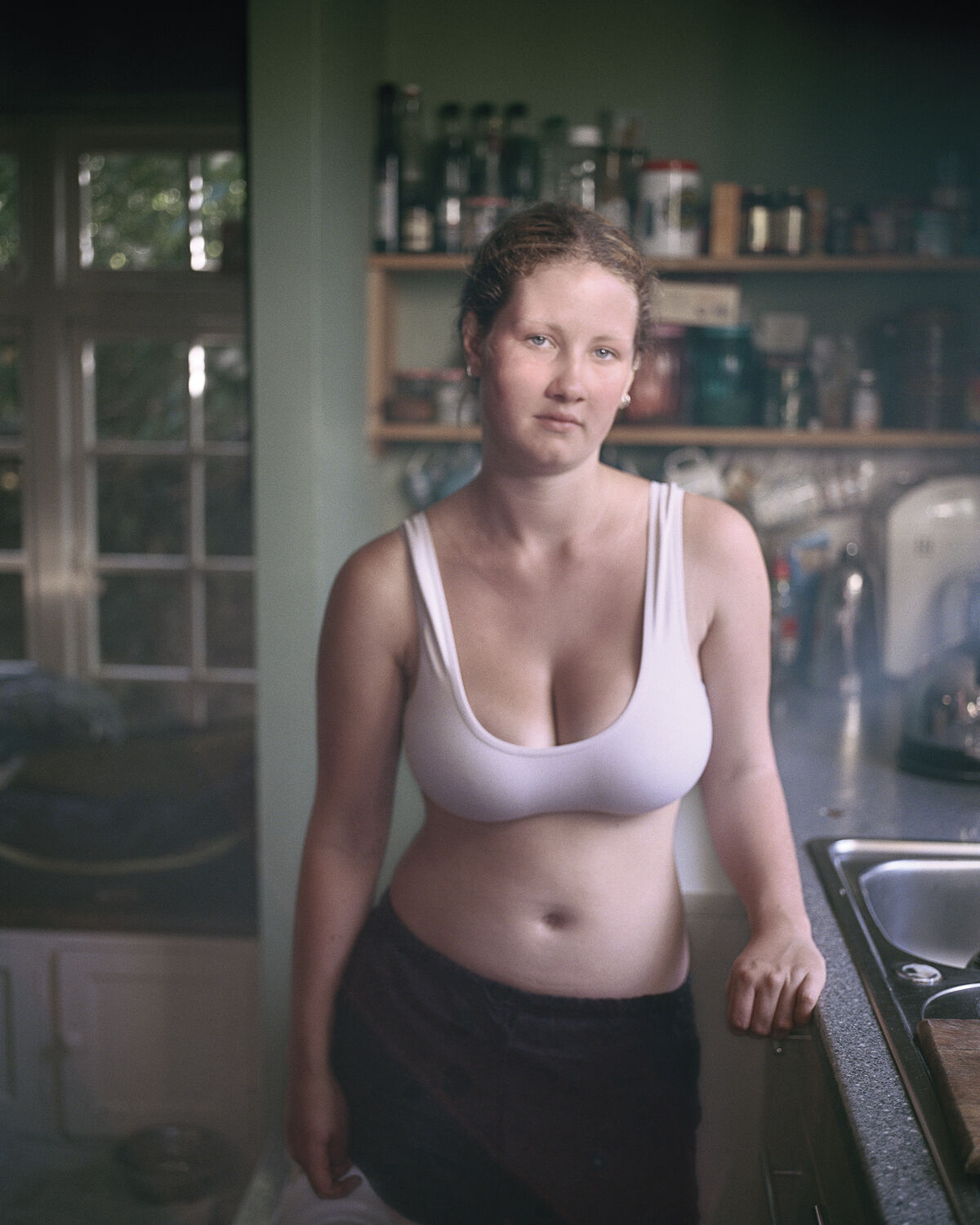 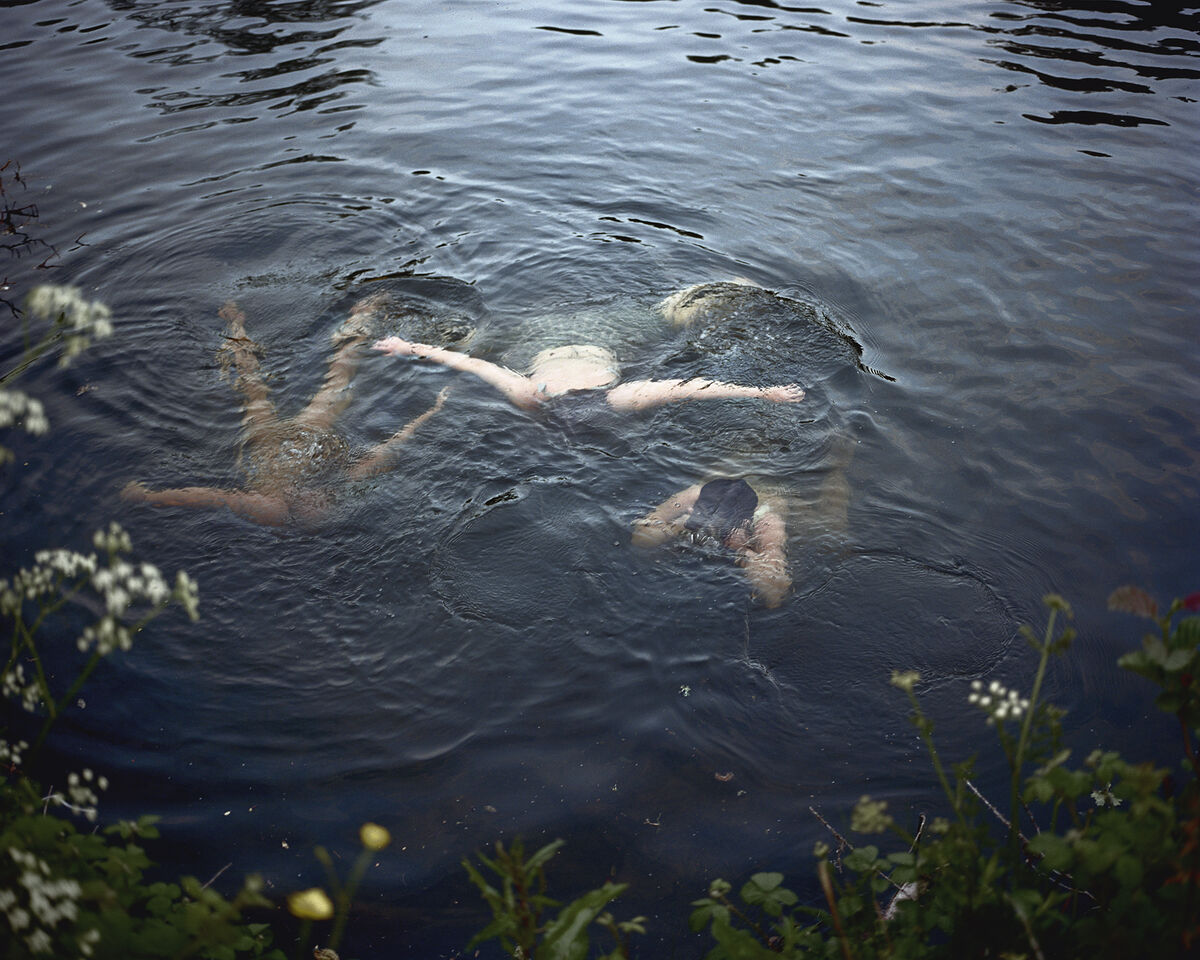 Advertisement
The same contradiction—between ease and apprehension—comes through in Barber Shop (2015). Martha sits on a stool, ready to receive a haircut that might complete her 16-year-old image. But she gazes hesitantly at herself in the mirror, as if unsure what that image should be.
It’s a tension that’s synonymous with growing up—and one Davey has captured throughout the series. “Un-self-consciousness colliding with acute self-consciousness,” as she described it.
The first several photos in the book show Martha alone and unsmiling. But as Davey begins to shoot Martha outside of the family home, the teen’s demeanor shifts. In photos where she’s socializing with friends, in particular, self-consciousness starts to fall away—and transforms into something closer to self-awareness. “You see her shaping herself into a social being,” Davey said. “Her mates become a kind of protective shield as she grows.” 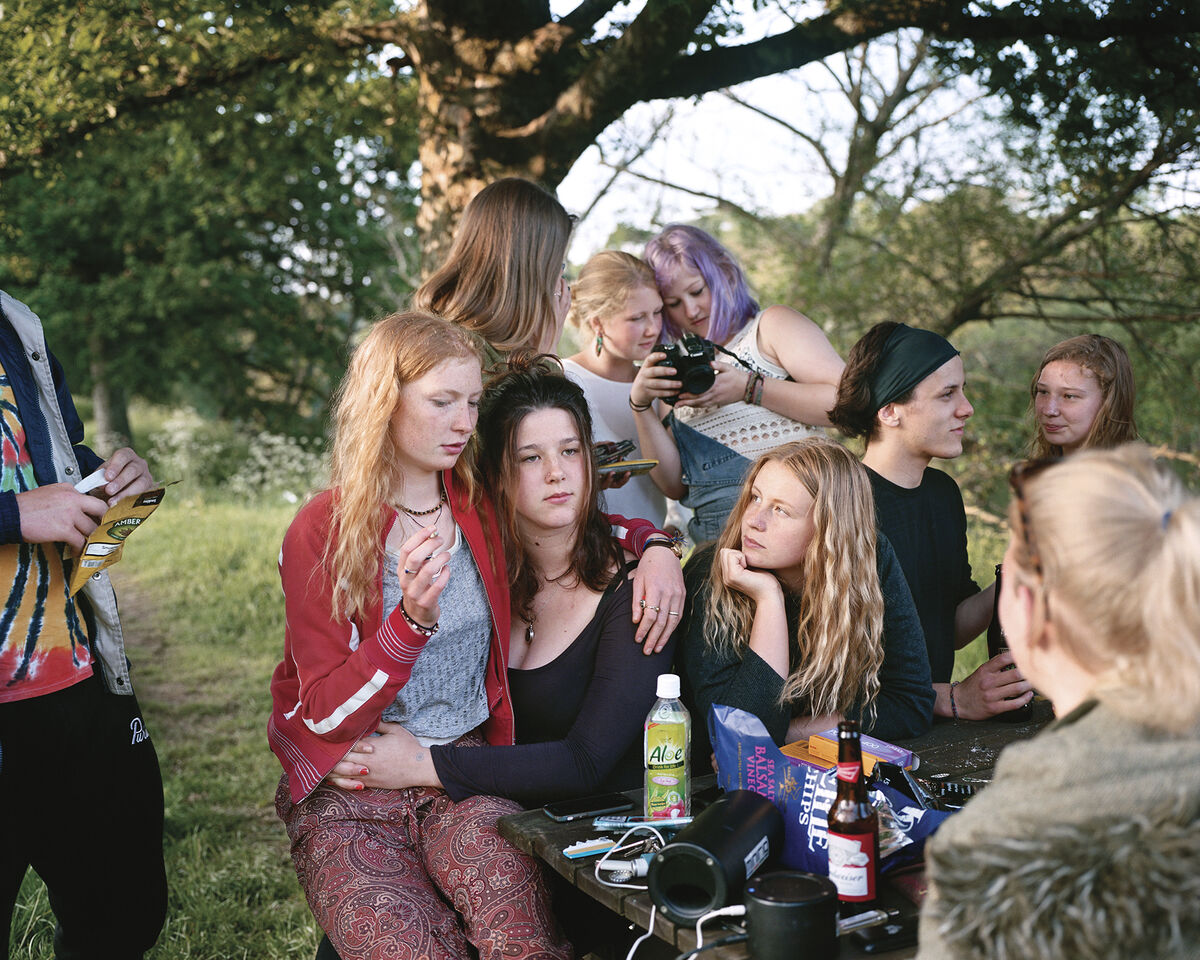 Indeed, Martha’s growing confidence is apparent in images where she’s bouyed by her peers. In earlier photos with friends, like Chillie’s Shed (2015), she is relaxed but still cloaks herself in dark, thick sweaters; she clutches her body protectively, and hunches. But as time goes on, Martha’s posture becomes more erect, her gaze more assured. Martha and Chillie Going Out (2016) shows the two teens dressed up in tight, short skirts with hands defiantly on hips. Still, there are hints of innocence in the shot. Martha’s youthful excitement to escape the house bubbles up in her smile.
In the book’s final photo, Martha is in the family kitchen. She’s 19 and about to leave home for a year of travel. As Davey has told it, she saw Martha standing there, in the light, and asked to take a photo. Martha agreed, but in that moment Davey witnessed a change. Martha’s confidence in her voluptuous body and her direct gaze seemed to say, to Davey, that it was time to “let her be.”
These days, Martha doesn’t ask to be photographed. She’s grown out of being the girl who needed to be seen, and has begun to see herself.
Alexxa Gotthardt
Related Stories