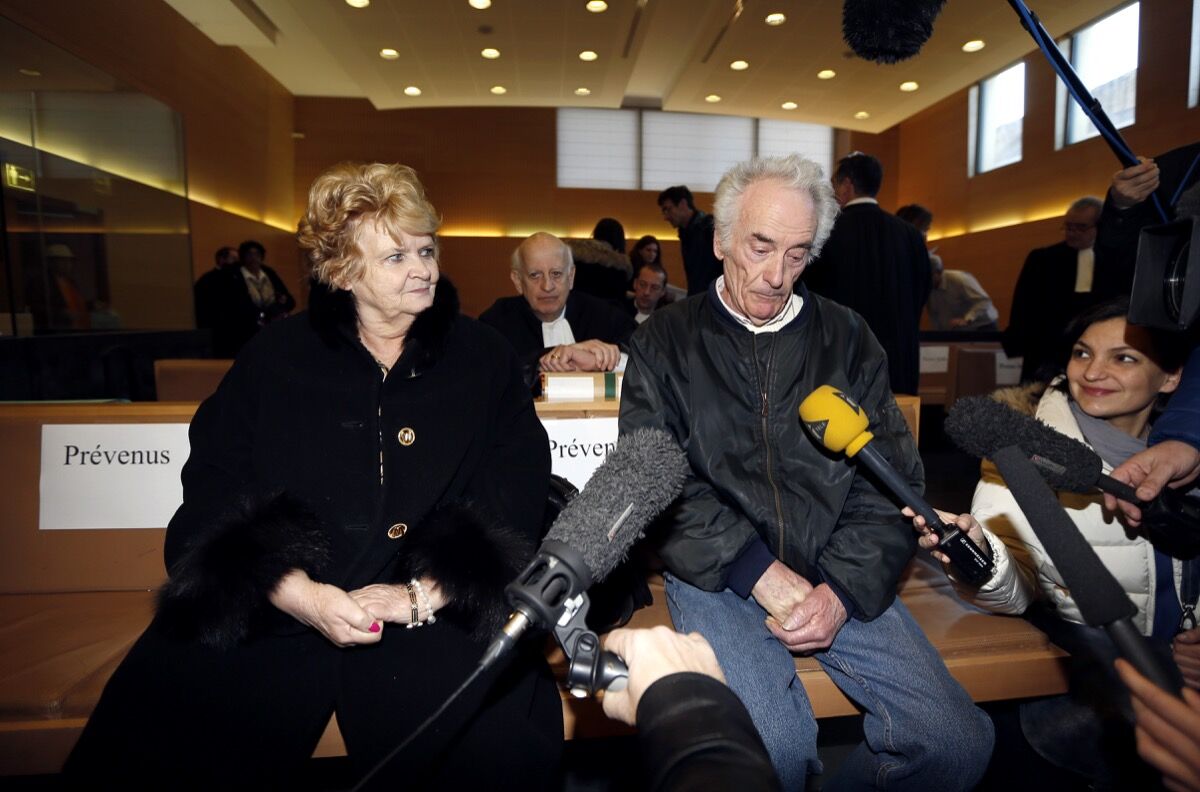 On Monday, 77-year-old Pierre Le Guennec told a French appeals court that he lied about how he came to be in the possession of hundreds of works on paper by
Pablo Picasso
. The retired electrician, hired by Picasso in the 1970s for a series of odd jobs, originally claimed that the painter’s then-wife Jacqueline had gifted him a box full of artworks in 1971 or 1972. Le Guennec now says Jacqueline Picasso (who committed suicide in 1986) stored between 15 and 17 trash bags full of Picasso collages, prints, and watercolors at his home in 1973 following the artist’s death, leaving one behind as a thank-you when she reclaimed the works.
Le Guennec’s new story marks the latest development in a long-running dispute over the provenance of these rediscovered works—a legal battle as “surrealistic” as a Picasso work itself, according to one lawyer involved in the case. Here’s what you need to know.

The saga began in September 2010, when Le Guennec and his wife arrived at the Paris offices of the Picasso Administration carrying a suitcase stuffed full of 175 sketches, drawings, paintings, and lithographs. Initially certain that these works were fakes, the authentication committee was shocked upon further inspection to discover that most of them bore a numbering system known only to the artist. Dated between 1900 and 1932, the cache included several rare
Cubist
collages, thought to be lost when Picasso’s studio flooded.
Le Guennec’s story—that he had been given the works after installing alarm systems in several of Picasso’s homes—immediately raised suspicion. Picasso’s son Claude Ruiz Picasso (who also heads the Administration) contacted the family lawyer, who then contacted the police to file a complaint. Three weeks later, authorities raided the couple’s home in the south of France and confiscated some 100 additional works—271 in total, including 180 individual pieces and 91 drawings contained in a notebook. It remains the most significant Picasso discovery since the artist’s death. And the combined value of the Le Guennec works has been unofficially estimated at €60 million.

Prosecutors eventually charged the couple with possessing stolen property, and in February 2015 the Le Guennecs went on trial. The former handyman testified that he had the artist’s complete confidence, noting that “Picasso had an absolute trust in me, perhaps because I was discreet.”
Picasso’s heirs, on the other hand, expressed serious doubts about the veracity of Le Guennec’s tale. Claude Ruiz Picasso said that while Picasso was prone to gift-giving, he always signed, dated, and dedicated his gifts in the chance that they might be sold. Of the 271 works in the Le Guennec trove, only one is reportedly signed and none are inscribed. Maya Widmaier-Picasso, the artist’s daughter, also pointed out that the scale of the gift was out of character: “My father gave away, but he didn’t give away such an incredible amount,” she told a French radio station.
Complicating the matter further was the discovery that Le Guennec is connected to Maurice Bresnu, Picasso’s late chauffeur. In the 1980s, Bresnu began to sell works by Picasso. They were initially, wrongly, assumed to be fakes, then to be stolen. The works were finally sanctioned by the Picasso Administration and auctioned off at Christie’s in 1998. Le Guennec was a cousin of Bresnu’s wife, who died in 2009 and left the rest of the couple’s collection to Le Guennec and his siblings. Some 20 Picasso works were set to be auctioned off at the French auction house Drouot in 2010, but the sale was cancelled when the familial ties were discovered.
The court could not determine who stole the 271 works in question in the Le Guennec case, based on the evidence provided. However, in March 2015, the couple was convicted of possessing stolen goods and received suspended two-year prison sentences. The works remain with the Picasso Administration.

The couple appealed the ruling. And, on Monday, Le Guennec revealed his new version of his story to the Aix-en-Provence court. He claims that Jacqueline Picasso was trying to prevent Claude Ruiz Picasso (with whom Le Guennec alleges she “had problems”) from inventorying certain works for the artist’s succession. She therefore stored sacks full of Picasso works in Le Guennecs’ home after the Spanish painter’s death in April 1973. Le Guennec said he concealed the truth out of a “fear of being accused, along with Madame, of stealing these bags.”
The family and lawyers vehemently deny the plausibility of this sequence of events. “All this is absurd,” the lawyer for Jacqueline’s daughter Catherine Hutin-Blay told The Art Newspaper. “How can someone think that she, who so admired her husband and his oeuvre, would have filled garbage bags with his drawings and other works?” Claude Ruiz Picasso’s lawyer also labeled it “an extravagant tale,” noting that the inventory of Picasso’s works was actually completed in 1978, several years after Le Guennec said Jacqueline Picasso reclaimed the bags.
The judge is expected to give his verdict on December 16th. The Le Guennecs could face maximum jail time of five years and a fine (either €375,000 or half the value of the pieces, whichever is greater) if the conviction is upheld.

This case touches on larger issues surrounding the authentication of Picasso’s work. An incredibly prolific artist—he is thought to have produced some 50,000 works throughout his lifetime—Picasso’s legacy has been complicated by the many heirs he left behind. Considering the value of his work in both monetary and art-historical terms, many experts wonder why there hasn’t been a stronger effort to set up a centralized authentication committee composed of scholars rather than family. Claude Ruiz Picasso currently heads the authentication process for Picasso works, although for many years he and Maya Widmaier-Picasso were at odds.
Another issue is the lack of a definitive catalogue raisonné for the artist. Certain publications are considered reliable for particular periods of Picasso’s life or certain mediums, but there’s no overarching guide—and no intention by the Picasso Administration to create one at this time. As a dealer recently lamented to Vanity Fair: “It’s a pity that one of the world’s greatest artists doesn’t have a team of experts doing this research.”
Abigail Cain
Related Stories