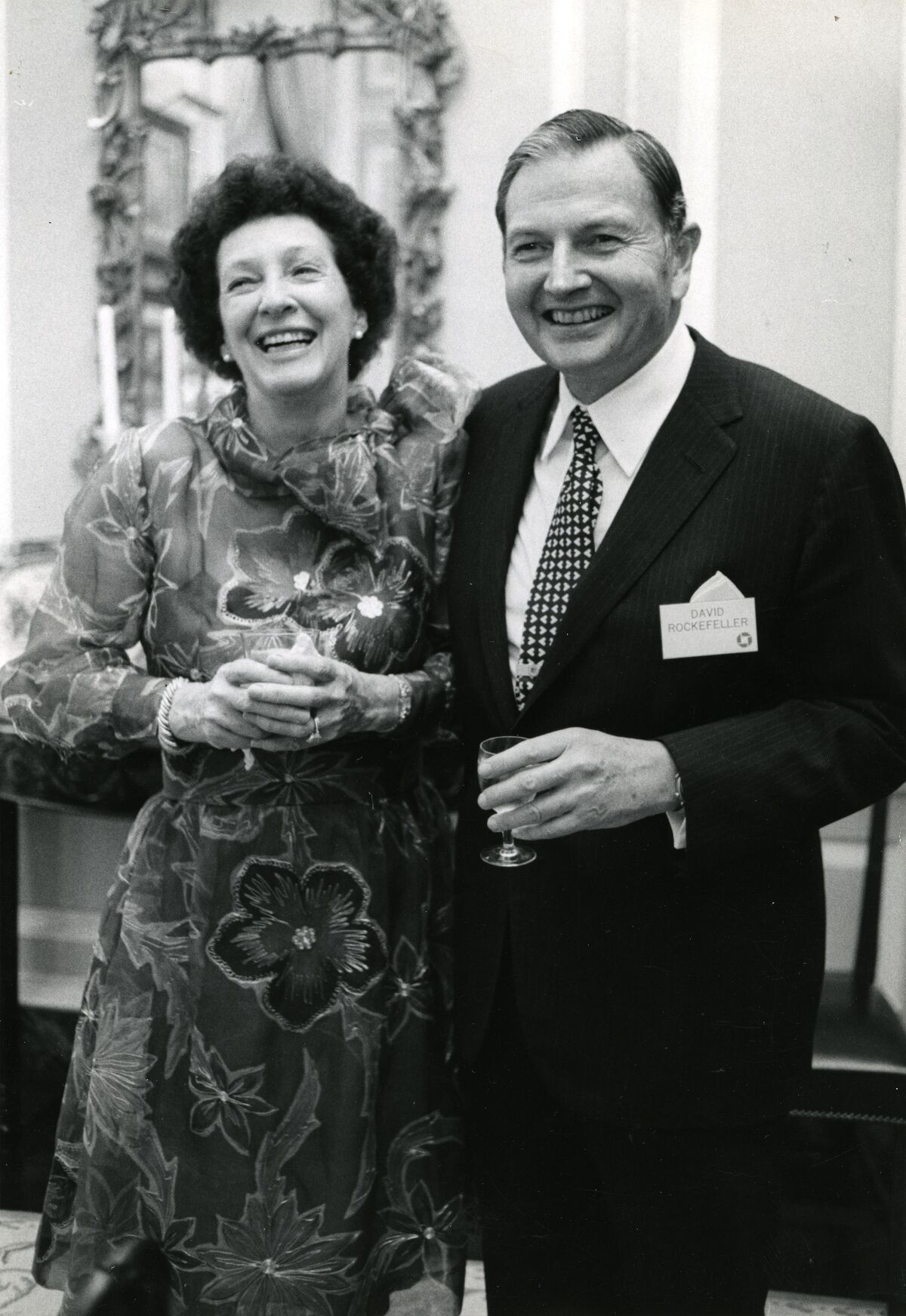 The estate of David Rockefeller, the grandson of America’s first billionaire, is hitting the auction block at Christie’s this week. Among roughly 1,500 lots comprising the so-called “sale of the century” are works by
Pablo Picasso
and
Henri Matisse
, expected to fetch tens of millions and potentially break records for the artists’ prices. The official estimate of the estate’s value is is $500 million, but some are saying that this could be the first estate to surpass $1 billion at auction.
But if you want bring home a piece of the estate, you don’t necessarily need to refinance your house. Heck, you don’t even need to leave your house. We were able to find some relatively affordable items in the estate’s online auction—which runs through May 11th—by engaging in some complex detective work (sorting the auction by low-to-high estimate) and by asking specialists at Christie’s for their favorite work estimated below $500. One thing is certain: David Rockefeller owned a lot of stuff.
As to be expected given the fever pitch of excitement surrounding the sale, bidding has pushed up the price of some of the objects, but we’ve kept a few of those in this list, since some are just worth knowing about. And rest assured, there are still many objects—drawings, lamps, tables, cufflinks, you name it—that are available in the sub-$500 price point. David and Peggy Rockefeller had an eye for high-quality porcelain works, and it shows in the numerous captivating animal figurines for sale in the online auction. They seem to be a crowd pleaser. A rather adorable Chinese porcelain figure of a seated cat from the 19th century was estimated to bring in $400 to $600, but the price is currently hovering at $1,300. Peanuts compared to the $100 million Picasso, but still not a impulse buy.
Then there is the pair of small English porcelain models of leopards, a favorite of Carleigh Queenth, head of the porcelain department at Christie’s. “This pair of leopards is quite charming,” she said. “I find their scowling expressions amusing—at 3 inches long, they are definitely too small to frighten anyone!” Indeed, they’re not scaring off any buyers. Bidding has already reached $5,000, 10 times the high estimate of $500. But there is still an affordable pair of porcelain animals on offer—a duo of Staffordshire poodles are hovering at $300, just around the high estimate.
Just because a work isn’t fetching six figures doesn’t mean it lacks history. One object that fuses an unexpected backstory with utility—and is a favorite of Jill Waddell, a senior specialist at Christie’s—is a silver milk jug given to David Rockefeller by Henry Kissinger upon the publication of his autobiography in 1999. That piece is currently hovering at around $1,900 on an estimate between $200 and $300.
There’s also a Regency mahogany canterbury from the 19th century attributed to Gillows (c. 1810), currently going for $1,000 on an estimate between $400 and $600. Elizabeth Seigel, a specialist in decorative art at the auction house, called it “a fantastic conversation starter, not only because of the Rockefeller provenance, but the fact that it was purchased from the 2012 estate of his friend Brooke Astor.” 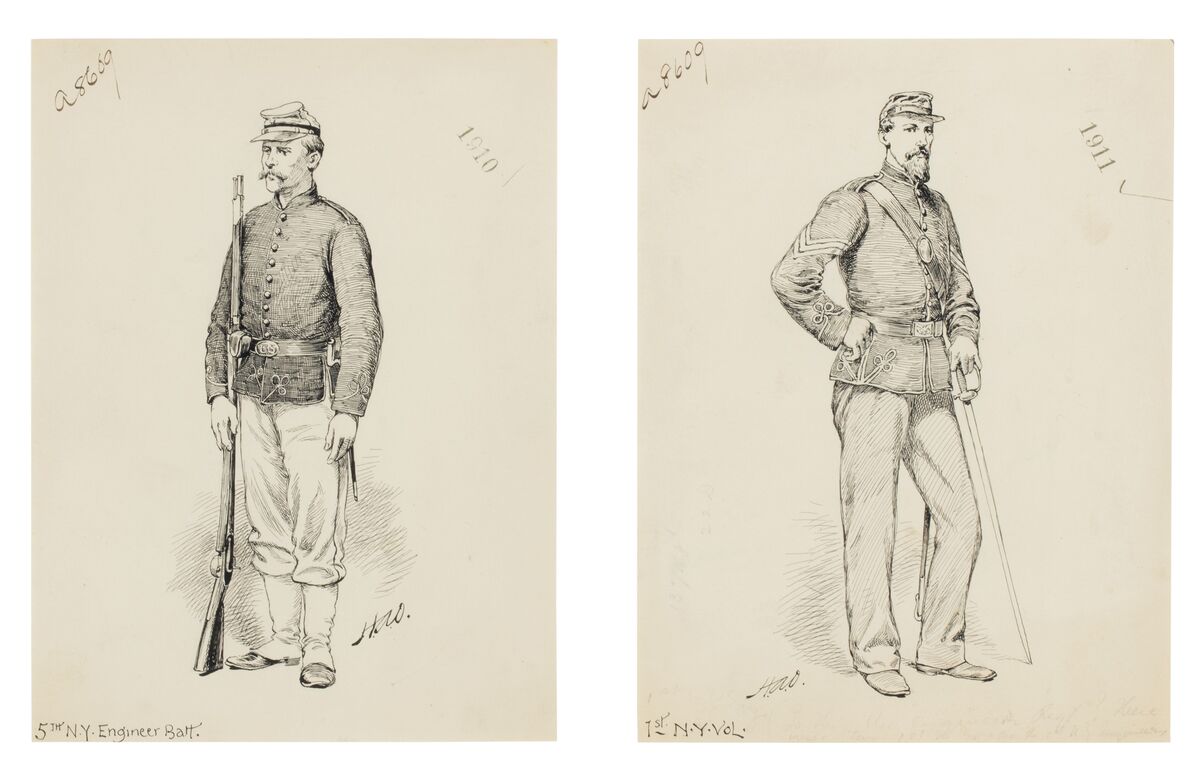 Advertisement
My personal favorite object in the entire sale is a Staffordshire Creamware Satyr-Mask mug (c. 1770), perhaps because I can’t imagine a better way to start the day than by drinking coffee from a gigantic tankard with a scary-looking satyr on the side. Bidding on the odd curio, which belonged to Lucy Aldrich (David’s mother), has only reached $500 on an estimate between $400 and $600. Truly for the person who has everything.
Paige Kestenman, an associate specialist of American art at Christie’s, pointed to two lots featuring drawings by Henry Austin Ogden from the late 1800s to early 1900s as her standout picks. The drawings feature soldiers in full regalia from two different American military regiments.
“These works are interesting because they record moments in American military history, not by focusing on a specific battle or location, but rather through military dress,” said Kestenman. Initially estimated to go for figures between $100 and $200, both lots are above that high estimate, at $2,000 and $600, respectively.
There is also a set of three Victorian walnut side chairs selling for $900—$300 per chair isn’t as cheap as IKEA, where the going rate for a folding chair is a cool $7.99. But there are plenty of lamps (seriously, the Rockefellers owned lots of lamps), and many are still sitting in the $200 range. (Just be sure to check the condition report if you’re planning on actually using them to light up a room.) And a mid-20th century Queen Anne-style mirror, which is also a favorite of Seigel’s, is hovering at $400, its low estimate. 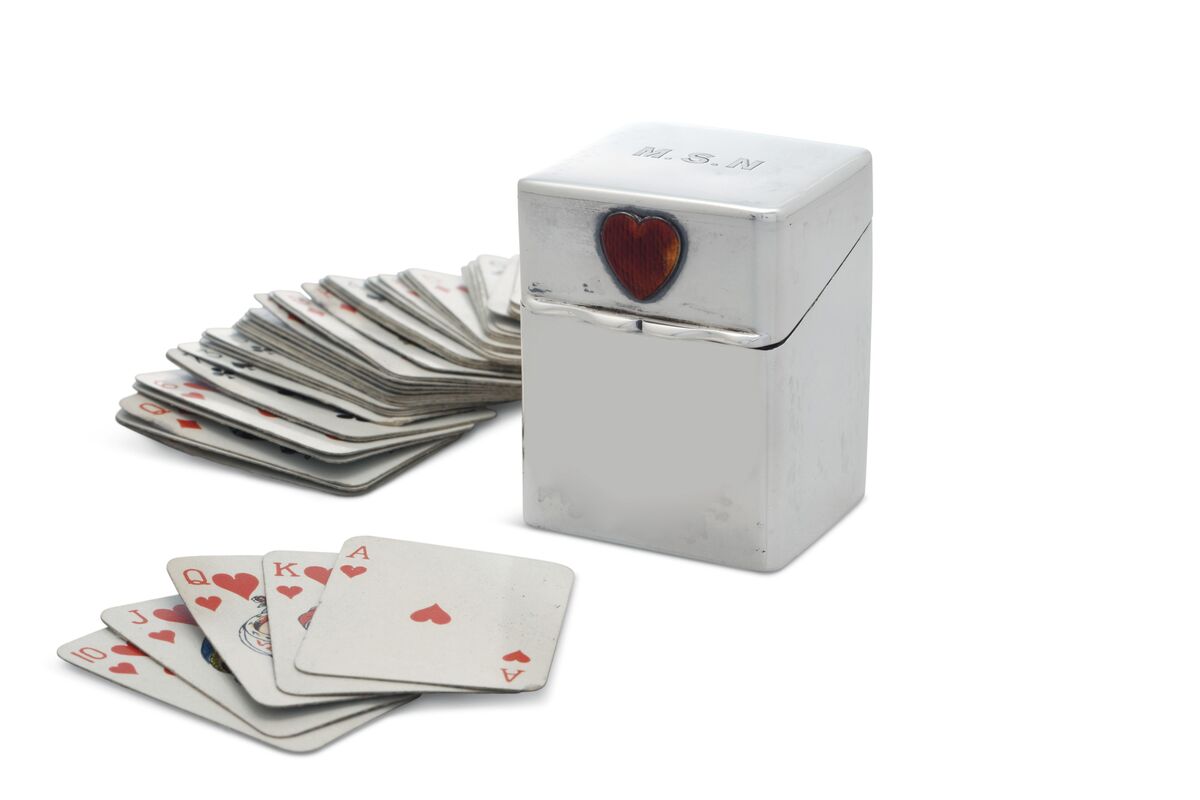 Certain objects that came with bottom-of-the-barrel estimates have exploded well beyond the anticipated final price. Part of the appeal of owning a piece of the Rockefeller estate must be being able to say you own a piece of the Rockefeller estate. Why else would a Harvard ashtray with Rockefeller’s name on it be selling for $1,800—nine times the high estimate of a mere $200?
But even the smallest object in the Rockefeller collection can have connections to broader history, causing interested bidders to drive the price up to astronomical figures. The prime example is perhaps a set of “diminutive” playing cards, which initially carried an estimate of $100 to $200, but are now fetching $4,800—some 24 times the high estimate. For Angelina Chen, senior vice president of the jewelry department at Christie’s, these objects tell us about the 19th century, a time when industrialization created a middle class that could enjoy leisure activities like playing cards. Those in this lot are actually useable, Chen said, but beyond that, they tell you something about what guided the Rockefellers as collectors.
The lot, as she put it, “encapsulates the charm and whimsy you can find within the Rockefeller collection.”
Isaac Kaplan is an Associate Editor at Artsy.
Related Stories