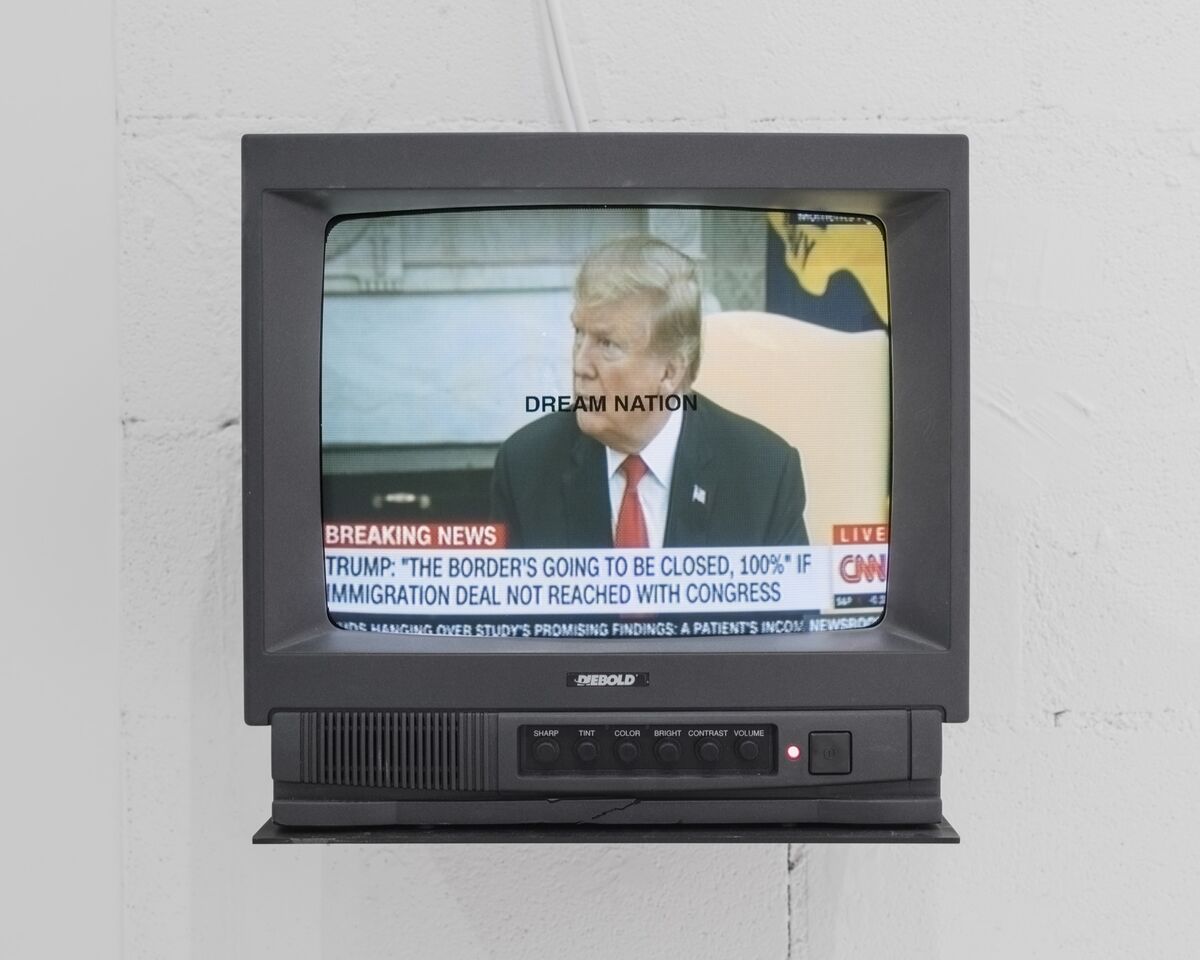 The words “Trump v. Congress: President Fights Democrats on Mueller Report & Taxes” and “Spending on Mother’s Day Reaches 25 Million” scroll across the bottom of a flickering 1980s television screen streaming 2019 Fox News. Vinyl letters stuck onto the glass read “NARCOTICS OF SURREALISM.” These words obscure the muted talking heads that oscillate between emotions one can only describe as impassioned and frantic. One of the commentators throws up his hands before the show cuts to commercial. This all feels natural, if not normal.

Gretchen Bender’s “TV Text and Image” Series
View Slideshow
3 Images
Gretchen Bender
’s Untitled (Narcotics of Surrealism) features contemporary news footage, but was actually created over three decades ago, in 1986. Advertisements, art, politics, and their confluence in mass media often find no delineation in our current moment, and Bender’s work today feels uncannily prophetic. The phenomenal retrospective of her work, “So Much Deathless,” at Red Bull Arts in New York through July 28th, weaves together a dense collection of her work from the early 1980s to the early aughts, before her death from cancer at age 53 in 2004. Predating an era of “fake news,” endless scrolls, branded content, and algorithmic social feeds, Bender pioneered an aggressively abrasive art that critiques the seduction of mass media. 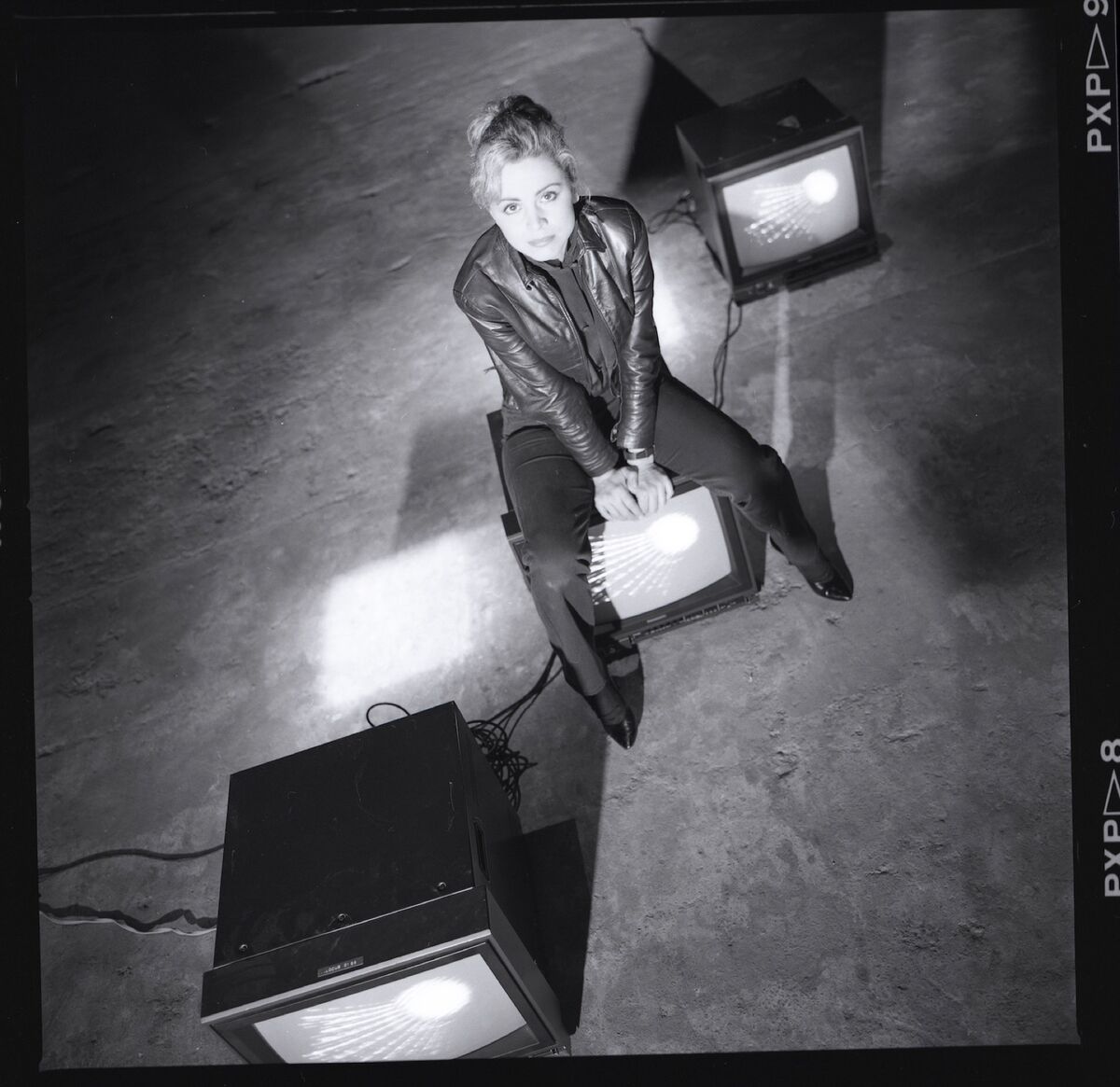 Advertisement
The exhibition title comes from a never-executed work by Bender and refers to the Buddhist idea that all things, past and present, exist simultaneously. Instead of fighting the inherently fractured, propagandistic nature of media, Bender attempted to synthesize it in her works; she manipulated the flow of disparate images to emphasize how they control us.
One of her earliest series, “The Pleasure is Back” (1982), whose title alludes to a Barclay cigarette ad, showcases Bender’s early interest in appropriating imagery from print advertisements, news photography, and other artists. Bender studied printmaking in college, and this series features tin plaques silkscreened with suggestive mixes of images. In one piece from the series, two square, black-and-white prints of women’s faces surrounded by soap suds form the arms of a cross around a vertical triptych: a black square, a reproduced detail of an
A.R. Penck
painting, and a copy of
Roy Lichtenstein
’s
Pop
-rendered painting of a brushstroke. The images of the women come from advertisements for Dial soap. Their expressions communicate a moment of revelry at how clean they have become, though the suds that pool around their faces come across as disturbing, rather than commercially sanitizing. 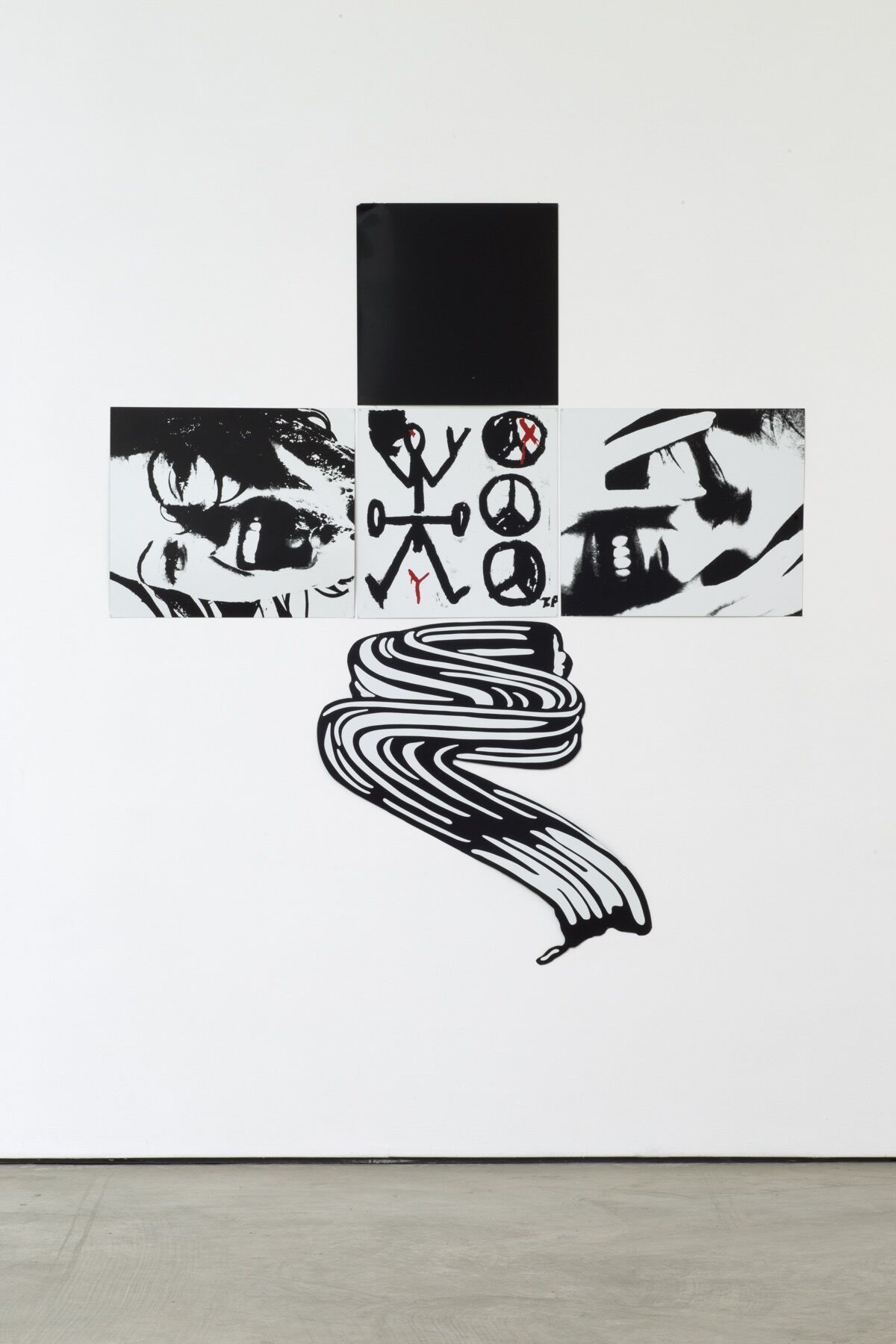 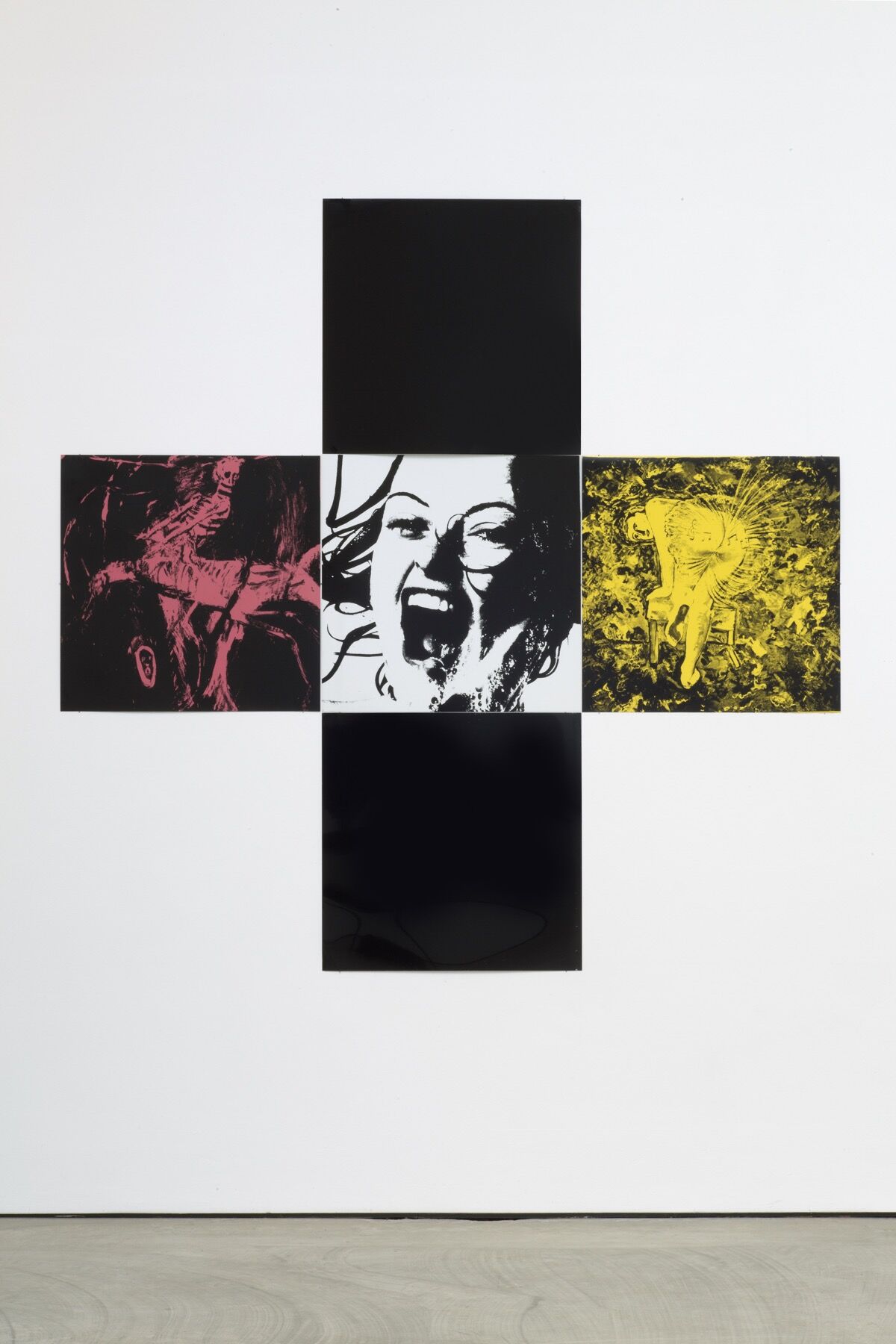 On first glance, it’s difficult to tell where the Dial ads come from. Thrillers, pornography, and advertisements all have a grotesquely similar way of rendering a woman’s face in a moment of ecstasy—or hysteria. She becomes the medium for capitalistic spoils, malleable in her vulnerable state of irrationality and inability to control herself. Bender puts the advertisement in dialogue with the work of art-market darlings and canonical art-historical figures. The black square looming above the other two reproductions offers just enough sheen so that the viewer sees their reflection in it, an effect that makes
Malevich
’s iconic avant-garde statement also complicit, she seems to suggest, with the propaganda of art and media.
Bender created this series shortly after her move to New York City from Washington, D.C., where she helped run a feminist-Marxist screen-printing collective, P Street Paperworks. In New York, Bender quickly found a like-minded community of artists—now known as the
Pictures Generation
—who were exploring appropriation and postmodern sensibilities. Bender befriended
Cindy Sherman
(whom she collaborated with on multiple projects, including a short film) and
Robert Longo
, who became her romantic partner and close creative collaborator. 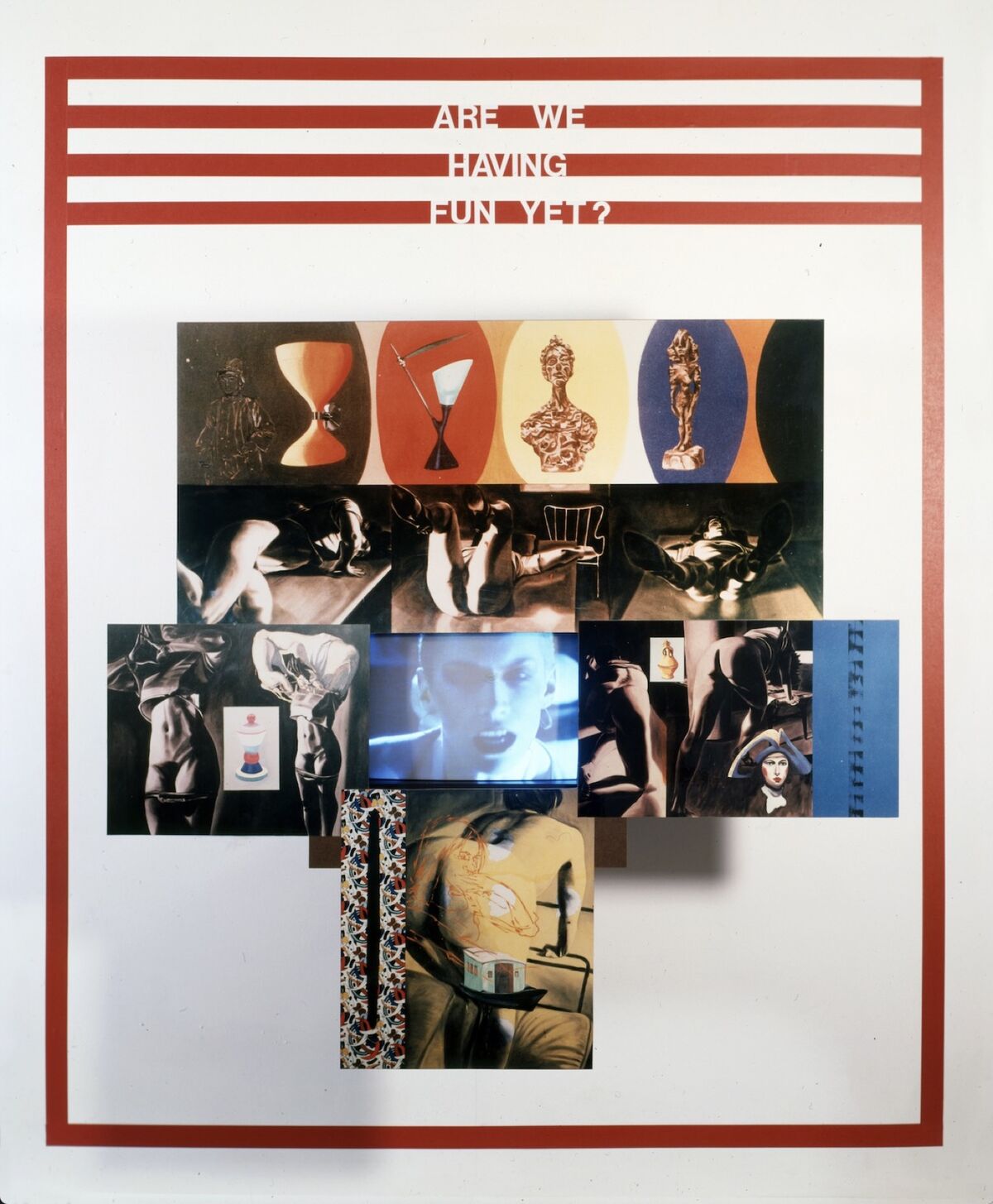 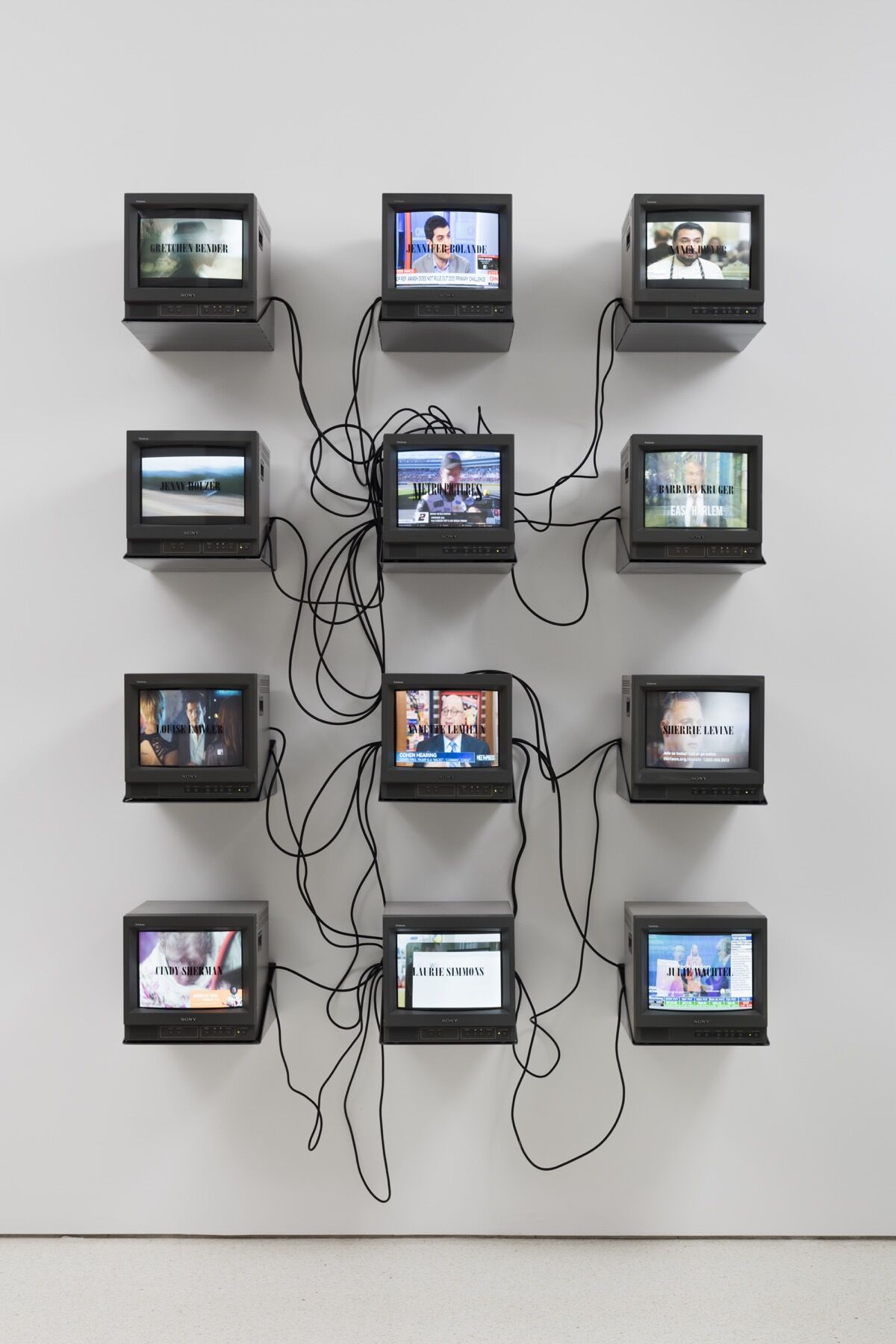 In 1986, Bender exhibited with the likes of
Barbara Kruger
,
Jenny Holzer
,
Sherrie Levine
, and
Nancy Dwyer
in an all-female group show at Metro Pictures. These artists all shared a mutual disillusionment with mass media and sought to undermine its presumed truth by ripping imagery from its original context to expose its manipulative and seductive properties. Soon enough, however, Bender evolved her appropriation techniques to accommodate the mass appeal of television.
Bender chose to work within the constraints of TV because it was the medium most readily taking pulse of the culture. The Vietnam War may have brought war into the living room, but it wasn’t until the 1980s that almost every household in American could broadcast a deluge of cable shows on a regular basis. This was the MTV era, which brought with it a constant stream of commercials. 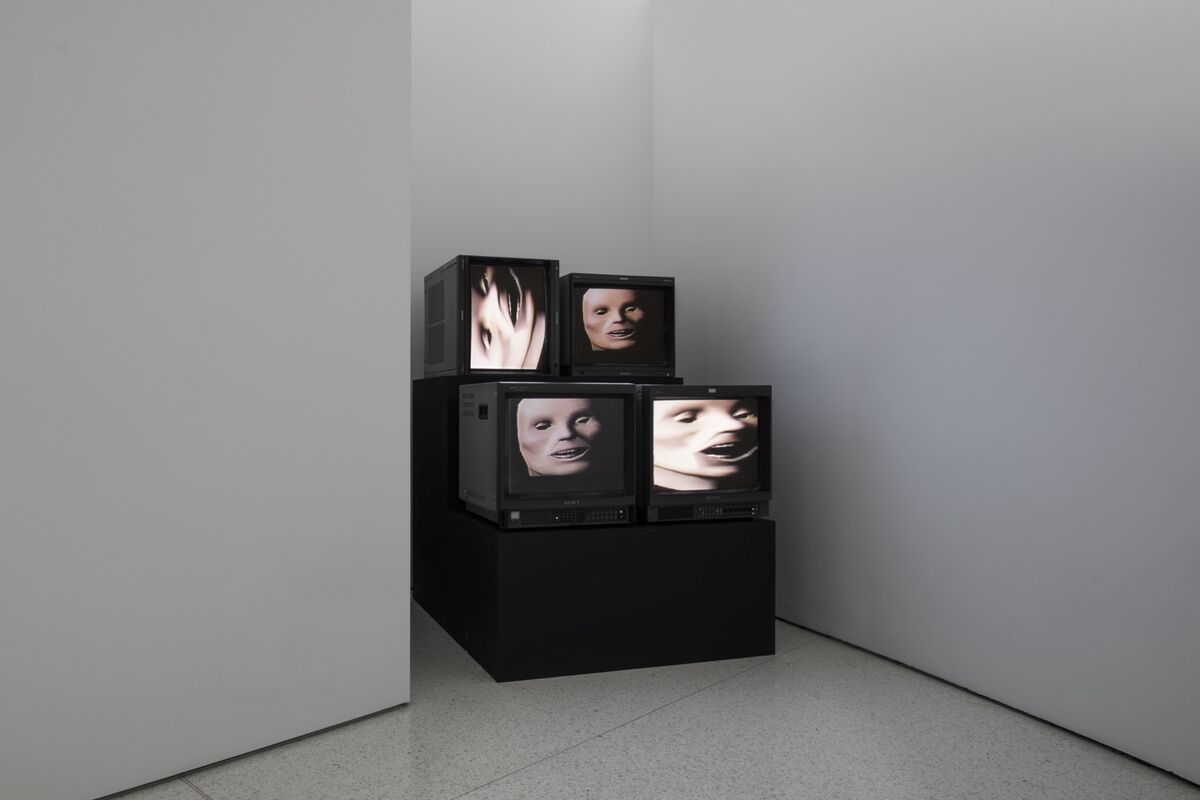 In the early ’80s, Bender met Amber Denker, a computer graphics researcher. Denker would sneak Bender into her lab at the New York Institute of Technology after hours to play around with primitive digital image making. Her video works from this period, Wild Dead I, II, and III (Danceteria Version) (all 1984), are hypnotic montages of computer-generated faces, snippets of commercials featuring Saul Bass’s AT&T logo, and segments from David Cronenberg’s Videodrome. Like a great science-fiction film, these images coagulate into a new vision for the future where advertisements take on fascist aesthetics and computers dictate our understanding of the human face.
At the heart of the retrospective is Total Recall (1987)—a 27-screen installation that is a complete onslaught to the senses. Dubbed “electronic theater” by Bender, the 18-minute video work edits together clips of CGI animation, corporate logos, and a Hollywood take on the El Salvador wars of the Reagan era. Composer Stuart Aragabright’s score, which sounds something like a mechanized cicada lodged deep into your ear, squeals from the speakers. 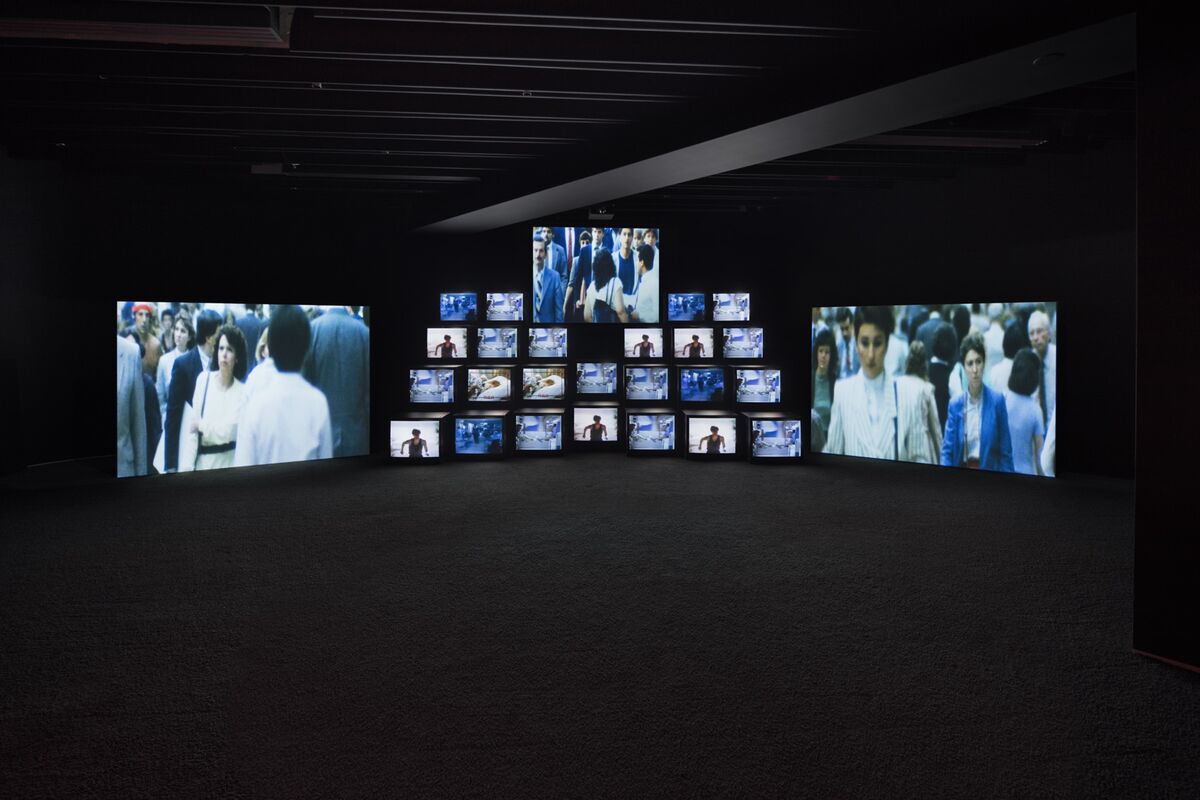 One section of the film pieces together commercial shots of generic family Christmases and a clip of white, straight couples hugging in the airport from a Hollywood film. This dizzying, capitalistic, heteronormative fantasy is set to one hell of a post-punk dance beat. The narratives implied in this montage are short-circuited, and we’re left with the sentimentality and violence that so often coexist in the media. In an interview with Sherman in BOMB Magazine, Bender said: “I’ll mimic the media—but I’ll turn up the voltage on the currents so high that hopefully it will blast criticality out there.”
Bender’s fascination with cutting-edge technologies ultimately isolated her from the commercial success of her peers. Her increasingly ambitious—but cumbersome, impractical, and commercially unsellable—works left her with no gallery representation at the dawn of the 1990s. Yet it is this exact fearlessness that makes her work still resonate in a world where we spend more time staring at a screen than we do making eye contact with those around us. If still alive today, it’s not hard to imagine Bender similarly exploiting the screens in our pockets to heroic effect (perhaps even enjoying the mechanisms of Instagram like Sherman has done). 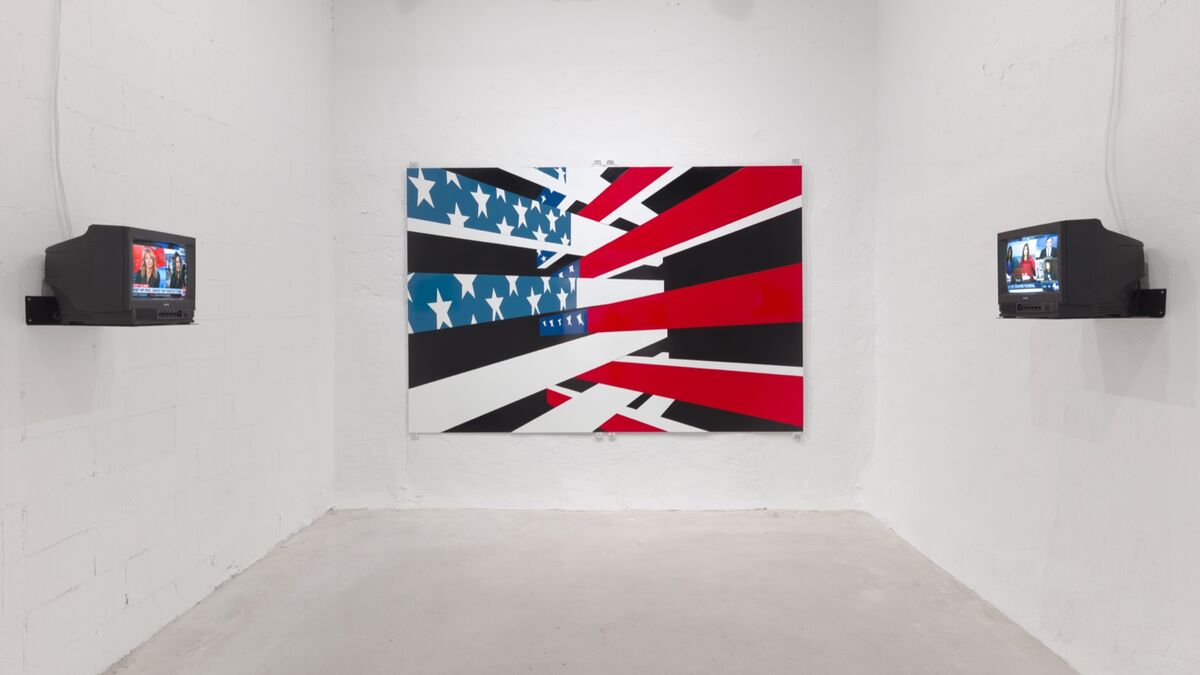 Bender’s work demonstrates a deep intellectual curiosity for how and why images make us buy things, start wars, and dehumanize others. It’s the weaponization of media that makes Bender’s work hit you in the gut. However, Bender does not revel in cynicism. “So Much Deathless”brings together a life’s work that makes today’s mass-media apocalypse feel fresh and fertile for meaningful critique. For an artist who once said that “by the time a corporation has decided to buy my work, [it] is a carcass,” her art feels quite alive basking in the glow of the Red Bull logo.
Brianna Rettig
Related Stories

The Avant-Garde Art That Was Made for TV

Why Are There So Many Great Women Video Artists? 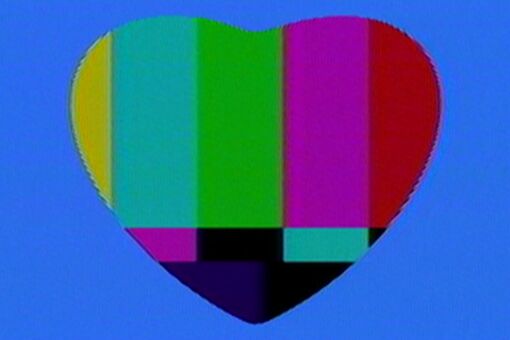 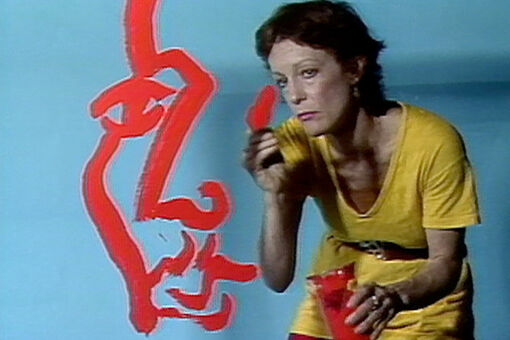 Why Are There So Many Great Women Video Artists?
Kat Herriman
Jan 13, 2016