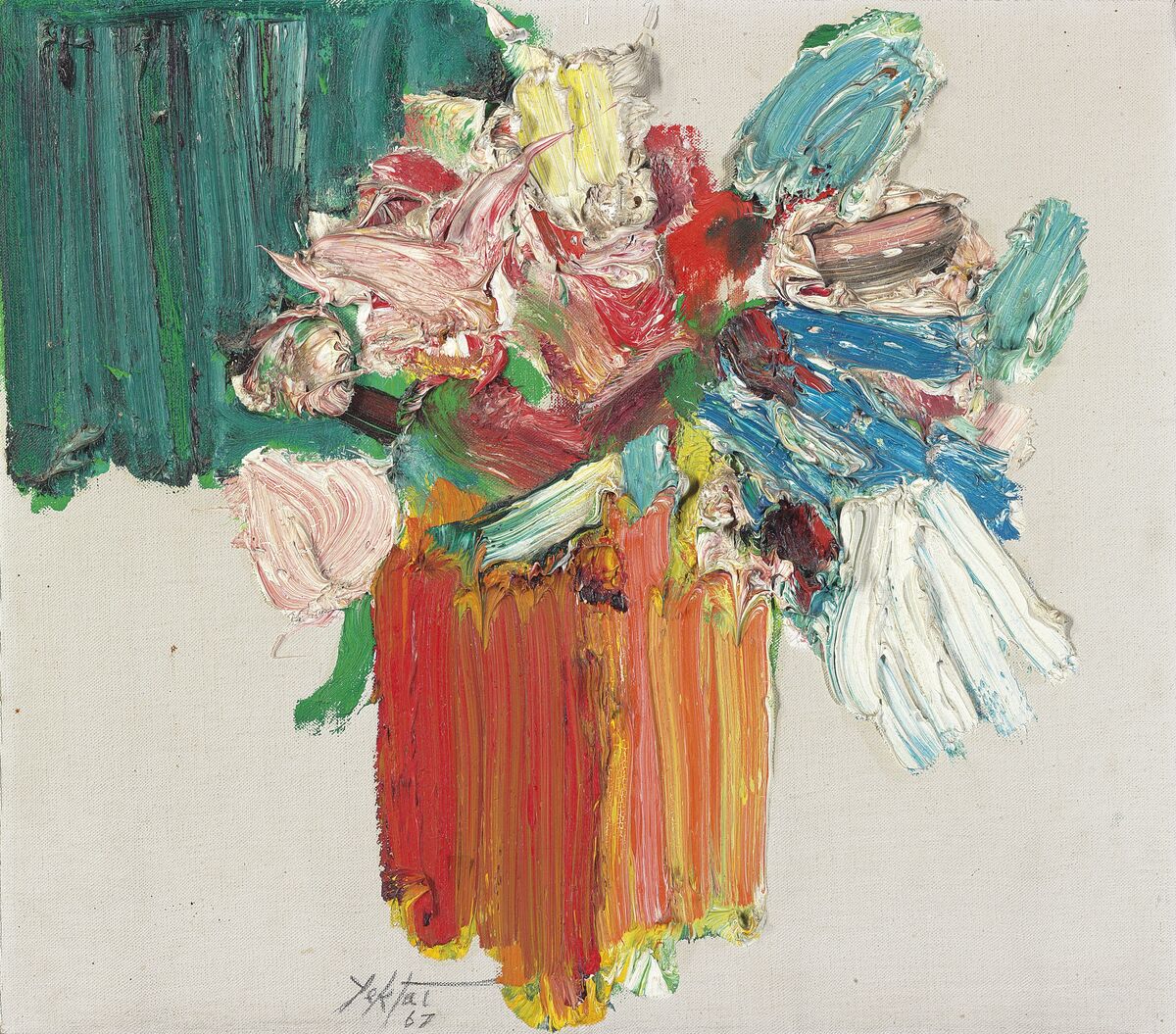 The cover lot of the Christie’s Dubai sale of modern and contemporary art on Tuesday is a potted, purple-hued cactus, painted with thick brushstrokes that convey a sense of resolve. For Middle Eastern eyes, the subject matter is familiar. Its maker, Asim Abu Shaqra, torn between his Palestinian and Israeli identities, found common ground in a plant that is indigenous to both cultures. Cactus (1986) was painted four years before the artist’s untimely death to cancer, at the age of 28. “We’re not going to get such a work by Abu Shaqra again,” says Hala Khayat, Christie’s associate director and Head of Sale.
She is right; his brief life left behind just a few paintings to circulate on the market. And yet, the hefty estimate on Abu Shaqra’s Cactus—$200,000–250,000—has raised some eyebrows. Especially as such a price suggests there’s only really one buyer in the painting’s forecast: Qatar’s Sheikh Hassan bin Mohammed bin Ali Al-Thani. As founder of Mathaf: Arab Museum of Modern Art (which boasts one of the world’s best collections of modern Arab art including several pieces Abu Shaqra), he is constantly on the lookout for seminal pieces.
Though the sale includes modern and contemporary works, it is heavy on the former, with Arab artists dominating—a trend for several sales now. Dealing with Iranian work has been challenging due to sanctions, but Khayat and others are optimistic about the thawing Iran-U.S. relations. One modern Iranian highlight is Manoucher Yektai’s vase of flowers (est. $20,000–30,000). The American-Iranian artist is the ex-husband of
Monir Farmanfarmaian
, a celebrated Iranian artist who was the subject of a Guggenheim retrospective earlier this year. Lot 102, Monir’s gift to Edwin P. Kennedy Jr. in 1977, is estimated to go for $80,000–120,000. Another seminal work is Bahman Mohasses’s mythological Untitled (1966), a painting expected to bring in $80,000–120,000. 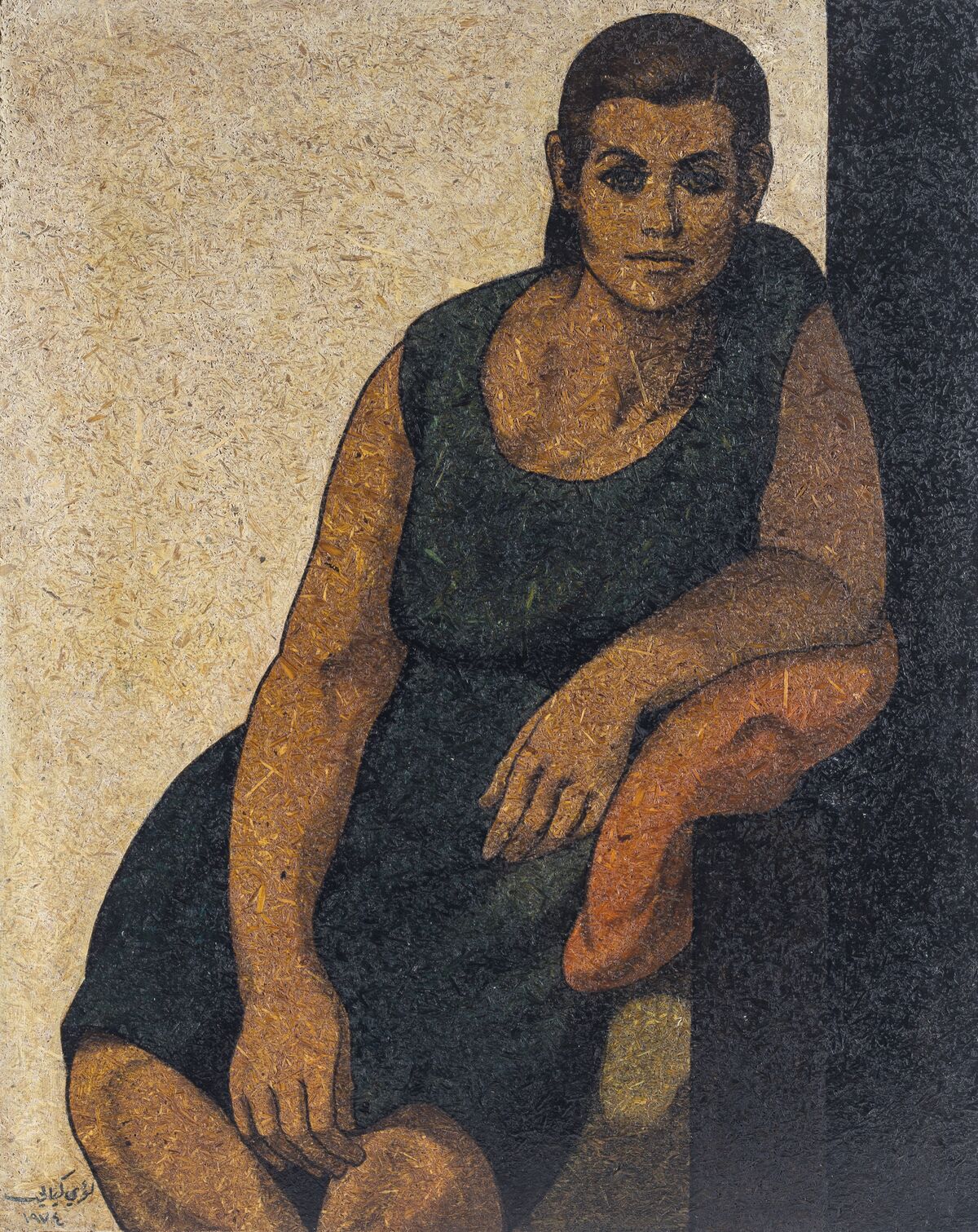 As modern Middle Eastern art is increasingly coveted, its prices have grown in parallel. And, supply is—so far—steady.  “One hundred or so modern lots twice a year is doable,” says Saleh Barakat, founder of Beirut’s Agial Art Gallery of the flow of such works into the market. Adding a challenge to Christie’s effort, however, many of the works gathered for this sale are rare examples by deceased artists. “They are very difficult to source,” says Khayat of such works, which make up about 80% of her sale.
Christie’s Dubai moved its spring sale from April to March in 2014 to coincide with other international art events (Art Dubai, Design Days Dubai, Sharjah Biennial, etc.). Given the the confluence of collector interest on that week and Christie’s celebrating its 10th anniversary in Dubai and 250th year in the business at large in 2016, rumor has it that “Grade A” lots have been saved for that spring sale. Nonetheless, there are a handful of splendid works in this sale. Among them is an untitled piece by Syrian modern master
Louay Kayyali
(he has three works in the sale), for whom Khayat is working on a catalogue raisonné. “It is impeccable,” she says of a painting of a seated woman going for an estimated $60,000–80,000. 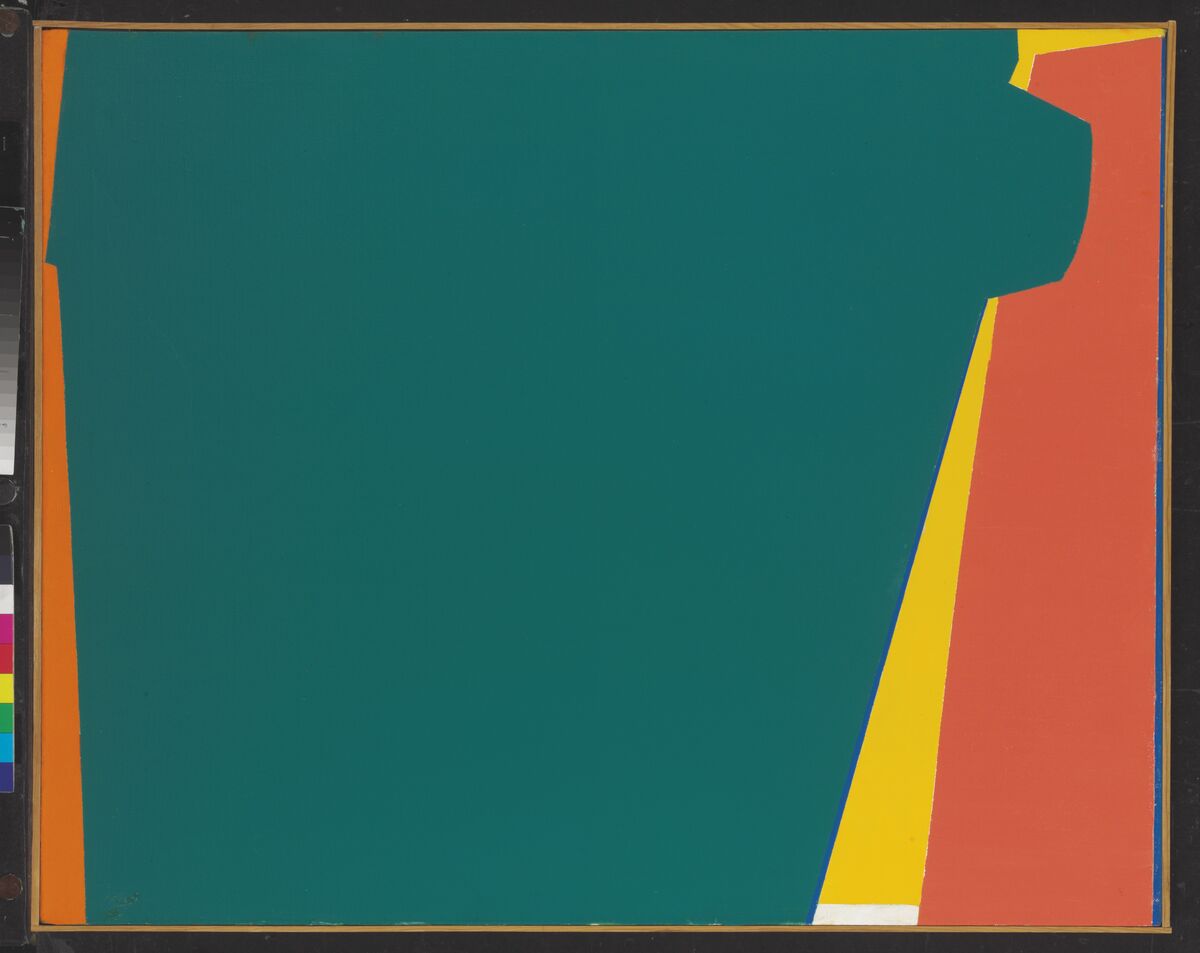 Advertisement
There is a trio of acrylics by Saliba Douaihy, all wonderful examples of the Lebanese artist’s minimal color-blocking style. While there have been questions around the authenticity of some of his paintings, a forthcoming retrospective, prepared by Barakat, will aim to remove these doubts and give this artist long-overdue credit. All three of the works in Christie’s sale come from American collections, a positive indication in terms of provenance, as Douaihy lived in New York from 1950 until his death in 1994. A remarkable work,  Mahmoud Saïd’s La Négresse aux Bracelets (1926), was a gift from the artist to his brother, from whom this lot has been consigned. Despite that provenance, Charles Pocock, Managing Director of Dubai’s Meem Gallery, doubts that the subject will appeal to Arab audiences. “It’s a wonderful work, historical and absolutely fantastic, but the reality is that the aesthetic appeal of it is repellent to Gulf collectors,” says the British gallerist. Khayat disagrees: “It’s not like we have a pool of 20 Saïds to select from,” she says of the 1926 painting (estimate: $200,000–250,000). “It’s as Egyptian as its gets. It reveals how an aristocrat saw beauty in this female figure. He saw African Egypt.”
Works among the contemporary contingent of Tuesday’s sale are projected to go for curiously diminished prices. A work by
Ahmed Alsoudani
is in the auction at a surprisingly low estimate of $50,000–70,000. The same work was sold for £97,250 at a 2012 Sotheby’s auction. Christie’s itself is listed as the work’s current owner in the sale catalogue. A low estimate ($35,000–40,000) has also been placed on Iranian artist Afshin Pirhashemi, whose photorealist paintings of women once fetched hundreds of thousands of dollars at Christie’s Dubai auctions. “If you price them low enough, someone might buy them,” quipped one Lebanese collector.