Artsy Editors
Jun 12, 2015 2:29pm
By using scientific terminology—materials are “biographical DNA,” sources are “pharmaceutical,” artworks named with “specimen”—Mapes characterizes his works as structured investigations of visual culture. He once described himself as having “the spirit of a painter—in a lab coat,” and it is precisely with this perspective that Mapes builds a complex body of works. We caught up with Mapes on the heels of his exhibition’s opening to discuss his everyday inspirations, pseudo-scientific aesthetics, and his transition from running a product-development company to being a full-time studio artist. 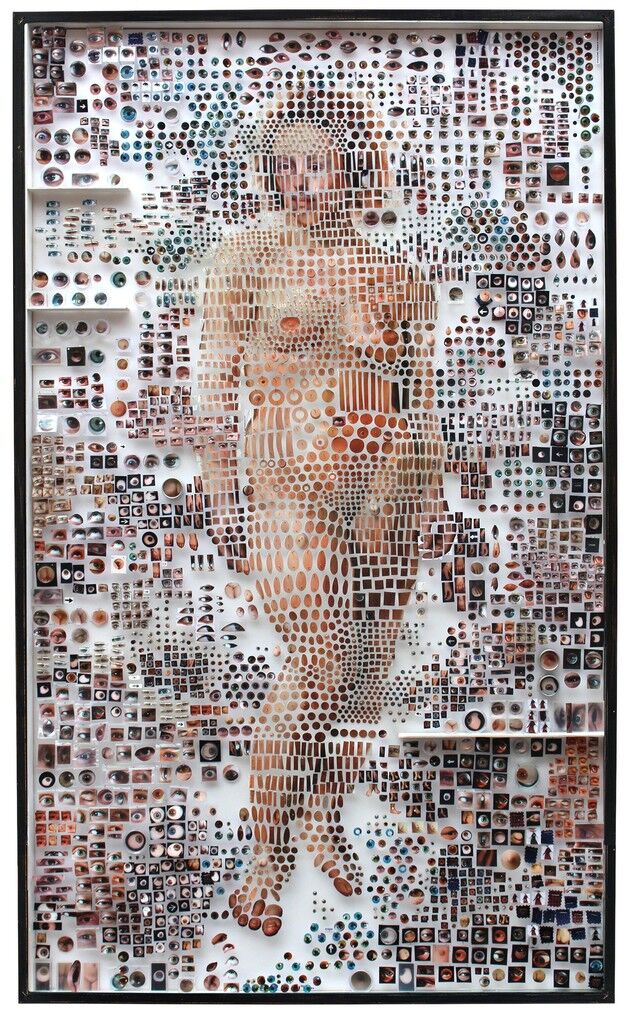 Michael Mapes
Male gaze, 2015
Opera Gallery
Artsy: Where do you source the unusual materials found in your works?
Michael Mapes: The basic materials are acquired from a number of entomological and pharmaceutical sources—biological supply stores, flea markets, and office stores. Much of the personal content, or what I call “biographical DNA,” is generated from research and creative speculation. My initial process involves gathering information extensively, and then collecting individual specimens to create individual works. 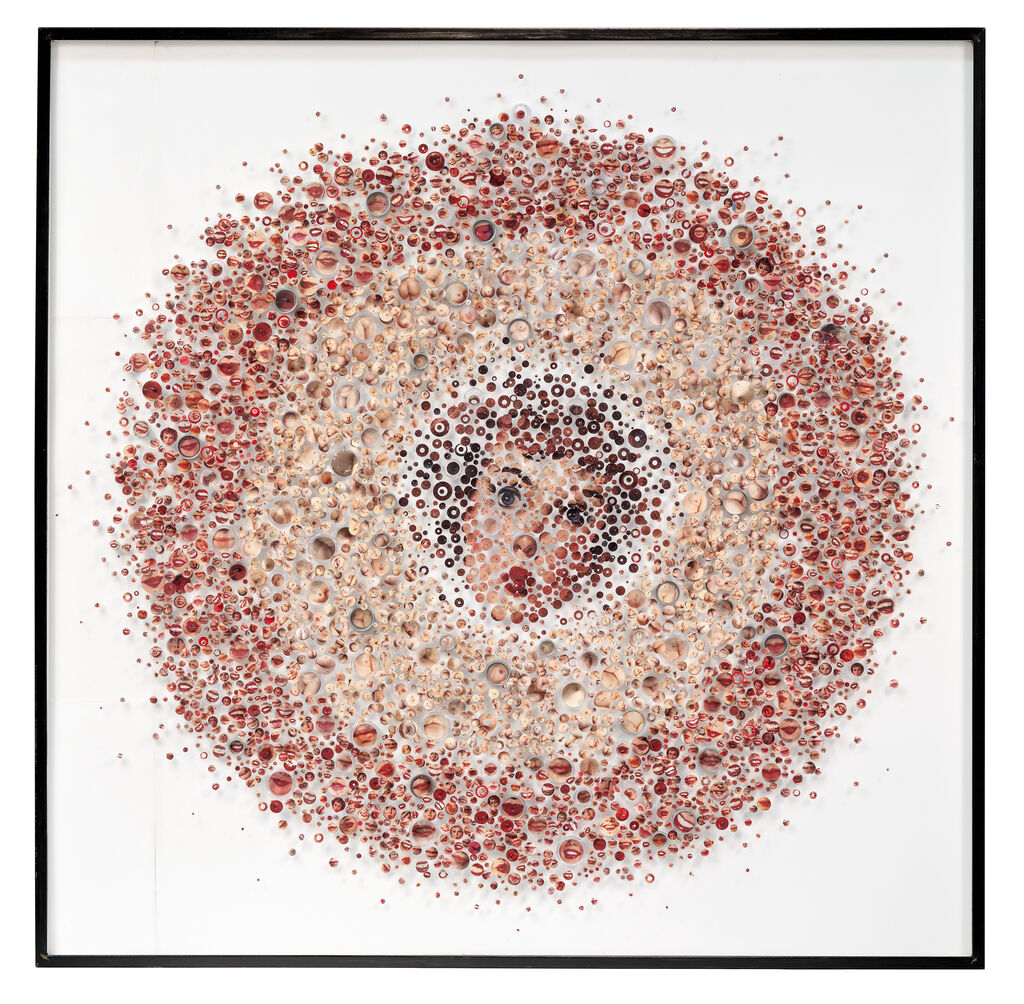 Michael Mapes
Target Specimen, 2015
Opera Gallery
Advertisement
Artsy: For 15 years, you developed creative products for your product-development company. Why did you return to art full time in 2005?
MM: My decision to commit to art was something I thought about for years before 2005. I strongly considered studying art in college before deciding on graphic design—a decision informed by insecurity mixed with youthful ambivalence. While I liked many aspects of owning a small, creative business, I grew tired of the limitations and aggravations of the commercial marketplace. So I decided to stop.
Initially, I pursued other creative interests, including an ambitious project involving video production, club performers, and the prospect of a late-night PBS market. I wanted to find out if I could produce work that met my definition of art. Without distraction and market demands, I was able to slow down, rewire my creative process, and begin reconciling my insecurities with my ambitions.
Artsy: Where do you typically look for inspiration?
MM: My inspiration in life is the same as my work—which is a relief. I love to watch movies and television series, eat, drink, take walks, and talk to people. 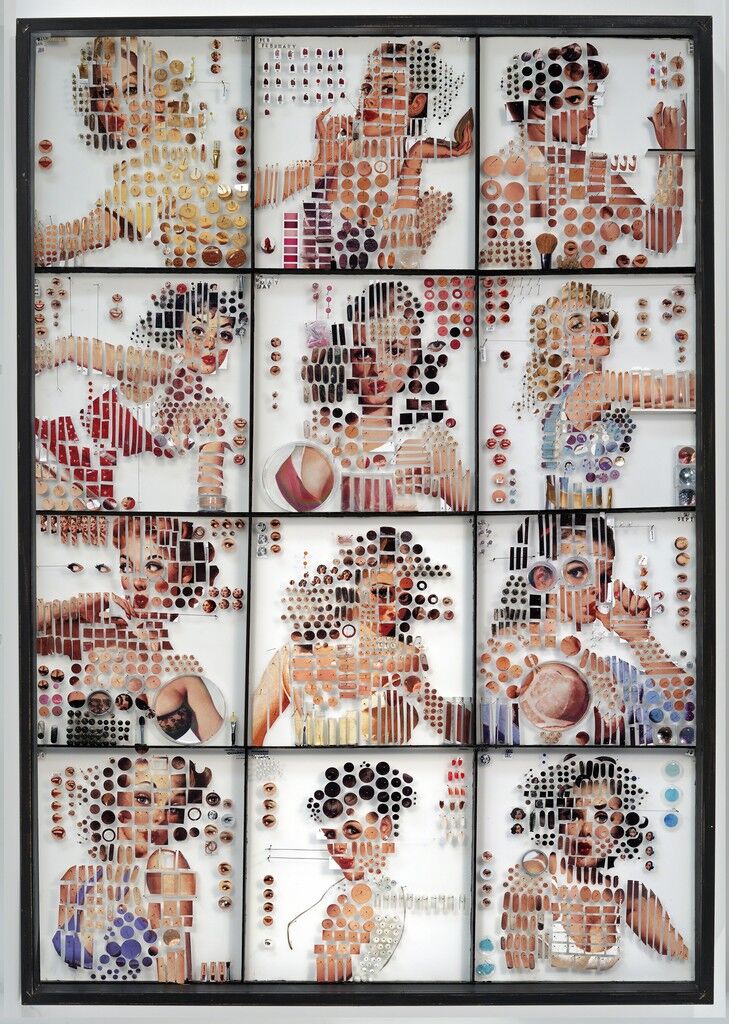 Michael Mapes
Calendar Girls, 2015
Opera Gallery
Artsy: Your aesthetic and process call to mind diverse art-historical legends like
Marcel Duchamp
,
Louise Nevelson
,
Robert Rauschenberg
, and
Joseph Cornell.
Do you feel that you have an affinity with any of these artists?
MM: Your list is very keen. Without question, they are certainly included in the mix. I don't feel a distinct connection to any individual artist, but I studied art history and looked at art for years, gravitating to what I liked without the awareness that it might later become relevant to my work. I spent about a year reading biographies of various artists, in pursuit of a definition of art that could accommodate me. In the beginning of my career, my awareness of other artists’ work often felt like an inspiration and a burden. I wanted to create an approach that was unique, because it’s one thing to be reminiscent and another to be derivative. I was very good at making bad
Cy Twomblys
.
I’ve always leaned toward a pseudo-scientific aesthetic. Two of my favorite T-shirts that best exemplify this connection read: “A Field Guide to North American Bird Poop” and “Guide to Red Wine Stains.” 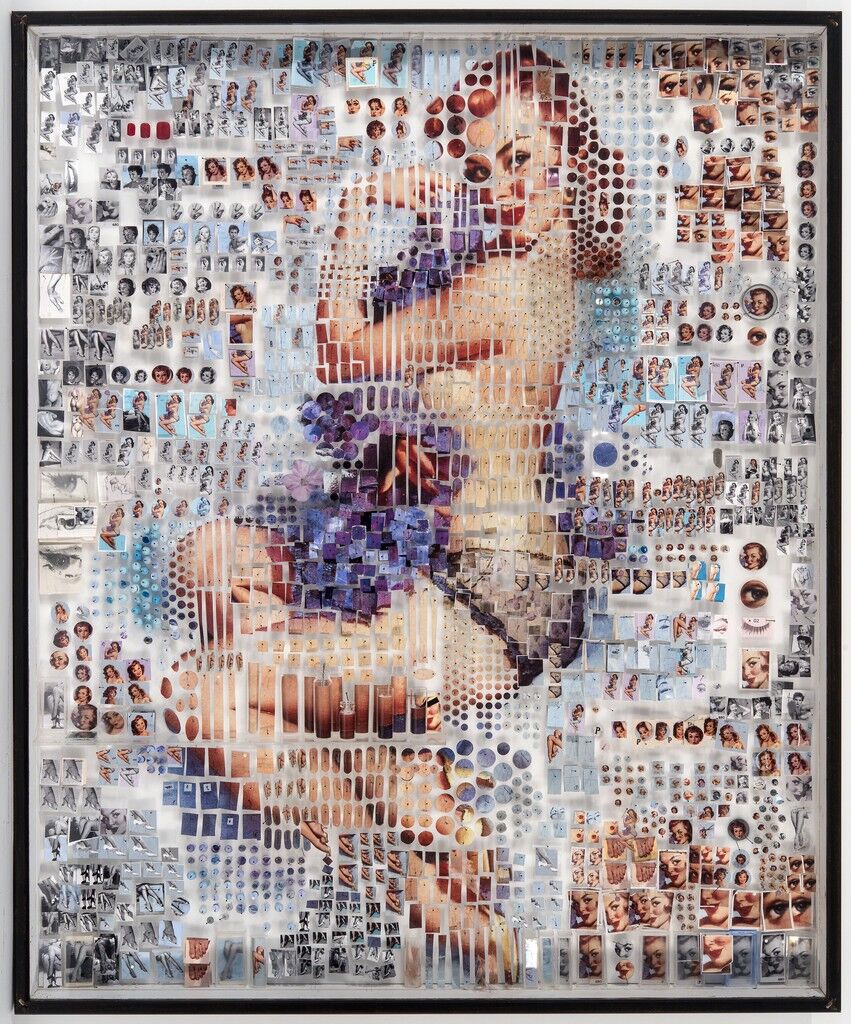 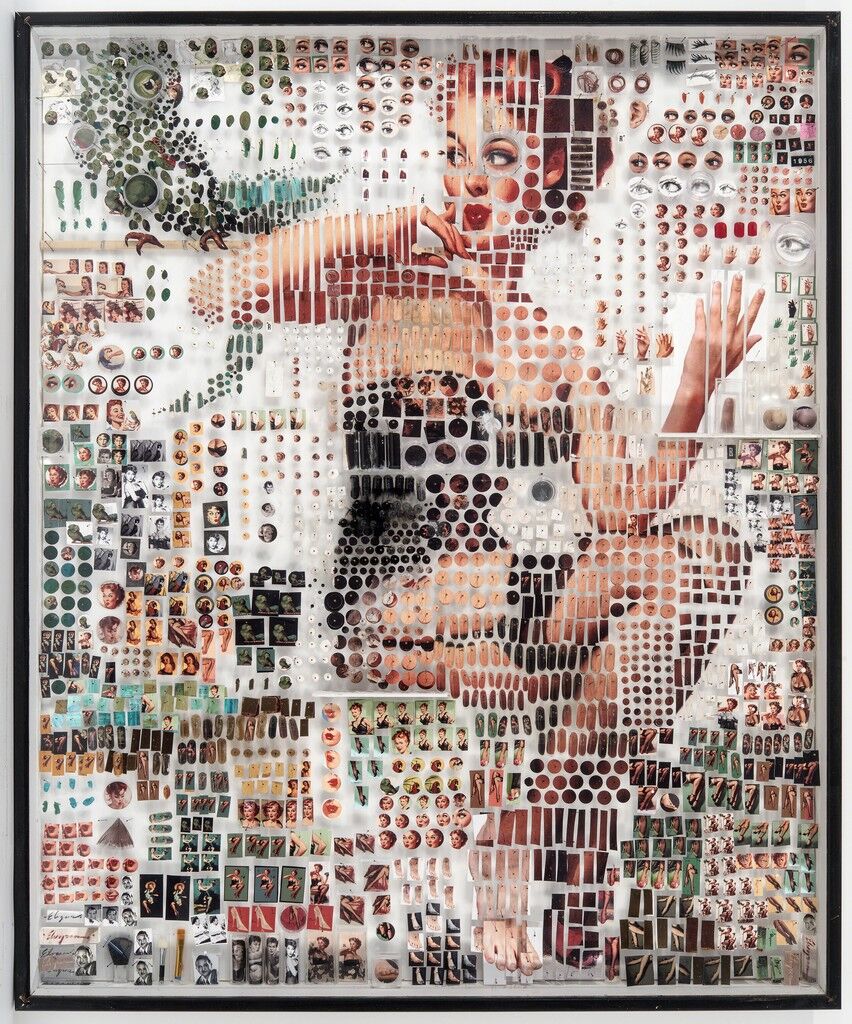 Michael Mapes
Specimen 332 (red), 2015
Opera Gallery
Artsy: What is the significance of nude women—specifically pin-up girl imagery—in your art?
MM: My interest in pin-up paintings followed a series of Dutch Masters-inspired works, in which I traced conventions of compositional approach from that period to the present. I wanted to continue working with paintings as subjects, and pin-up paintings interested me—they have a commercial purpose but exhibit conventional styles. I looked to artists like
Gil Elvgren
, who influenced cultural perception through his images. Repetitive exposure to these works—either in popular culture or in a personal context—led me to realize that some stereotypes about women still resonate.
I recognized the potential for recontextualizing this subject matter in a way that would inspire many different interpretations. I encourage the viewer to consider these images in ways beyond their original purpose, without abandoning that purpose. My artistic examination is intended to humanize the female subjects, to recognize the quality of the original paintings without advancing negative stereotypes, to bust myths without sacrificing beauty.
—Anna Furman
“The Anatomy of the Muse” is on view at Opera Gallery, Hong Kong, Jun. 18 – Jul. 9, 2015.
Follow Opera Gallery on Artsy.
Related Stories