Our Readers’ Favorite Art Destinations, from a Kansas Town to the Westfjords of Iceland

Artsy Editors
Jan 2, 2020 10:28am
In August 2019, we shared a list of our favorite art pilgrimages around the world. Then, we asked you to share yours. Below, you’ll find a selection of readers’ responses, offering insights into their favorite destinations for seeing art—from an art foundation tucked in a Swiss village to a tiny Kansas town filled with outsider art. 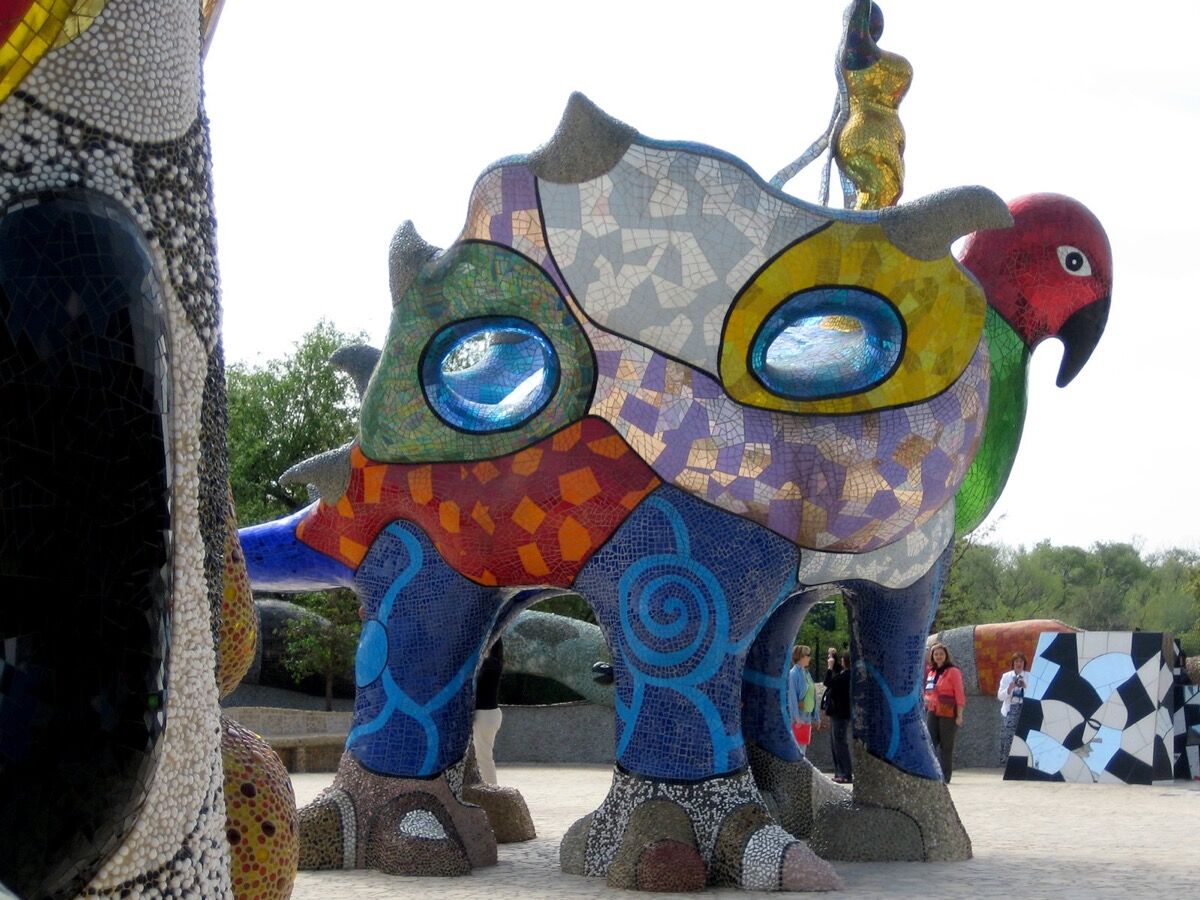 “Not long after I moved to France 30 years ago, the French artist
Niki de Saint Phalle
moved to my hometown in California. While I was admiring the Stravinsky Fountain (1983) near the Centre Pompidou, which she created with
Jean Tinguely
, Niki was populating San Diego with her spiritual, whimsical sculptures.
“Recently, I decided that it was time to go home and track down her work. I discovered her Nikigator (2001) in a residential neighborhood; followed her trail to Queen Califia’s Magical Circle (2000–03) in a park north of the city; saw her Sun God (1983) on the University of California, San Diego, campus; and went downtown where her works line the waterfront. My quest ended with lunch in a beachside restaurant where she decorated the pizza oven. The legacy that Niki de Saint Phalle left in California, which she described as ‘an earthquake for my eyes,’ is an inspiring treasure trove and well worth the trip.”
—Susan Hamlin, Paris, France Advertisement
“We took the train from Florence to Bologna in search of the art of
Giorgio Morandi
, the 20th-century printmaker and painter of still lifes and landscapes. We raced across a hazy Italian landscape to this ancient city. Navigating the crowds and pickpockets of Bologna, we passed by towering
Gothic
and
Renaissance
architecture and faded
frescoes
, and beneath carved arches, until we arrived at the monumental Piazza Maggiore. That square is where Morandi is said to have sipped his daily espresso and walked the cobbled streets, seeking inspiration. There, he collected the bottles, vases, and trinkets that would form the basis of much of his work. A few more hurried footsteps on and we’d reached our ultimate destination: the Museo Morandi. Home to an exquisite collection of the artist’s paintings in his trademark calming, earthy palette.”
—Susan Allen, Nelson, New Zealand 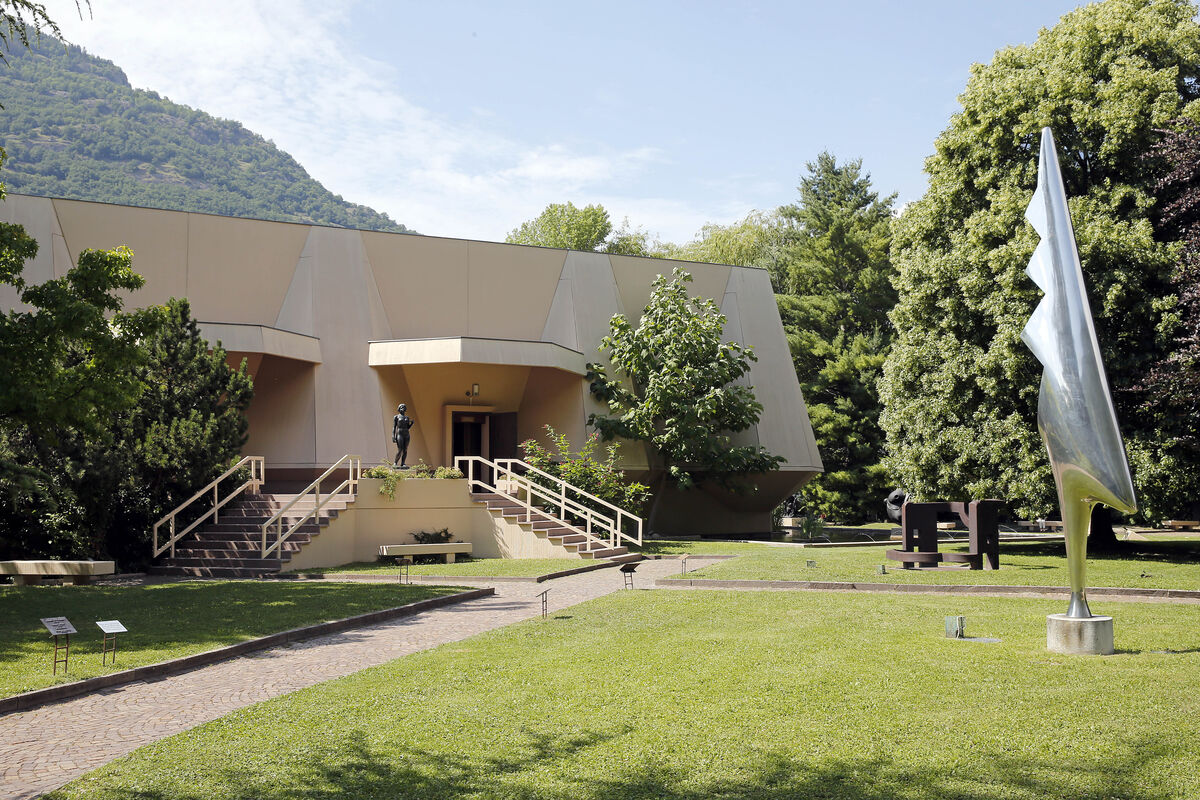 “Hidden in the narrow Swiss village of Martigny, near the junction between France and Italy, Fondation Pierre Gianadda is a remarkable art spot. The venue is built around the remains of a Roman temple. It hosts concerts and highly curated shows alongside an important permanent exhibition program at the Musée de L’Automobile and its sculpture park.
“The museum hosts three painting exhibitions every year, while the sculpture park presents important works by
Marc Chagall
,
Auguste Rodin
,
Max Bill
,
Constantin Brancusi
,
Willem de Kooning
,
Jean Dubuffet
,
Joan Miró
,
Henry Moore
,
Robert Indiana
, and
Antoni Tàpies
, among many others. Going to Switzerland can be much more than seeing the breathtaking Alps, posh ski resorts, and eating good food; art is ingrained into the Swiss cultural DNA.
“The Fondation has devoted many years to hosting outstanding pieces and creating exhibition catalogues. For example, in 2000, it held a gorgeous exhibition by
Wassily Kandinsky
; while in 2016, the
Pablo Picasso
exhibition in homage to his wife Jacqueline led to one of the most acclaimed catalogues of Picasso’s work.
“When in Martigny, you can also drive up to the extremity of Lac Léman (Lake Geneva) and watch the beautiful and diverse views it brings during all seasons of the year.”
—Bianca Cutait, Miami, Florida

The J. Paul Getty Museum at the Getty Center “L.A.’s Getty Center, perched high in the Santa Monica Mountains, is both a gallery and an architectural icon. An eight-minute tram ride to the entrance reveals a sprawling collection of
Richard Meier
–designed stone buildings interspersed with restful gardens. No more gallery fatigue. The formal Central Garden—a circular motif in bougainvillea, hellebore, and others—is an artwork in itself by
Robert Irwin
.
“As the main campus of the J. Paul Getty Museum, the Getty Center’s four key pavilions highlight specific eras in American and European art, from medieval to modern times, and are continuously refreshed with temporary exhibitions of paintings, sculpture, and the decorative arts. Photography is well represented.
“Modern sculpture is well represented, too. From the voluminous heft of Henry Moore to the playfulness of
Alexander Calder
, over 25 contemporary sculptures in bronze, steel, and aluminum pepper the grounds. Look for
Mark di Suvero
’s Gandydancer’s Dream (1987–88). Nothing quite says sculpture garden more than a flash of red steel standing tall amongst the greenery overlooking Los Angeles.”
—John Thomson, Vancouver, British Columbia, Canada

“The Grassroots Art Capital of Kansas” 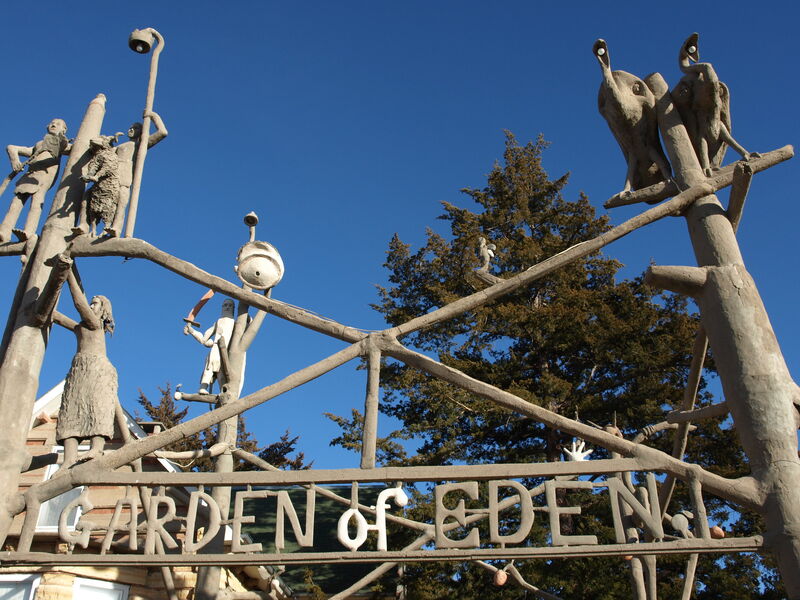 “Lucas, Kansas, is about halfway between Denver and Kansas City (in the middle of nowhere, a.k.a. the Great Plains in north-central Kansas). I was tipped off by the director of the arts council in Salina, Kansas, some years ago. It’s just so unexpected.
“With a population of around 400, Lucas is known as the ‘Grassroots Art Capital of Kansas.’ The first and foremost installation was built between 1907 and 1928 by Samuel P. Dinsmoor, an
outsider artist
. The Garden of Eden consists of Dinsmoor’s home, a limestone ‘log cabin,’ and about 150 large cement sculptures on the property that represent the artist’s interpretation of the biblical creation and world history, topped off with Dinsmoor’s mausoleum.
“A local teacher, Florence Deeble, lived nearby and constructed a series of fanciful rock gardens around her home. After she died in 2002, her home became a gallery called the Garden of Isis, exhibiting works she made from recycled materials, such as Barbie dolls that she called Rebarbs.
“The Grassroots Arts Center is a nonprofit gallery downtown which promotes and exhibits the work of Kansas folk artists. Other endearing oddities include the Bowl Plaza (public toilets) and the world’s largest tourist travel plate that welcomes one to town.
“There’s also a really good German butcher/delicatessen.”
—Sally Gaskill, Bloomington, Indiana Work by Anthony Caro at the Yorkshire Sculpture Park. Photo by Oli Scarff/AFP via Getty Images.

“A visit to Yorkshire Sculpture Park (YSP) is a must for any art lover visiting the U.K. The homeland of Henry Moore and
Barbara Hepworth
, among other artists, the region of Yorkshire is well known for its gorgeous landscapes and green fields, but also for hosting one of the leading international centers for contemporary sculpture. It is set within the 500-acre, 18th-century Bretton Hall estate in West Yorkshire.
“Founded in 1977, YSP was the first sculpture park in the U.K., and is the largest of its kind in Europe, providing the only place in Europe to see some pieces by Hepworth alongside a significant collection of sculptures, including several pieces by Moore and site-specific works by
Andy Goldsworthy
,
David Nash
, and
James Turrell
. There have also been several temporary memorable pieces such as the crystal-blue installation Seizure (2008) by
Roger Hiorns
. Without question, it is a place to indulge yourself walking around the fields and feeling inspired by art.”
—Llanos Ortiz 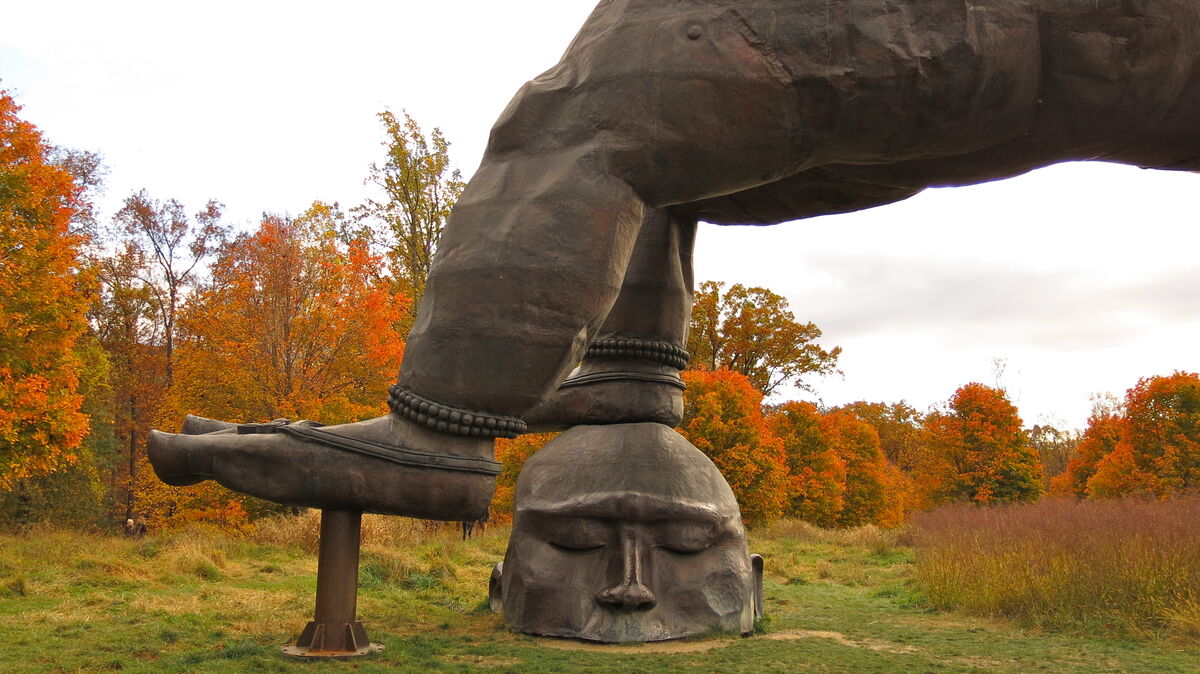 “For me, Storm King was an endlessly inspiring landscape. As you walk the grounds, wherever you turn there are new and amazing vistas filled with work by some of the biggest and best sculptors of the 20th century. An exploration filled with awe around each corner.…It’s worth the trip!”
—Jeffrey Harkness, Burlington, Vermont “It’s called a classical art museum, but this little gem is one of the most original you can ever visit. It’s a sort of Wunderkammer with important pieces by
Andy Warhol
and
Yves Klein
put together with classical art in an unusual and smart way!”
—Nicoletta Baccari, Florence, Italy 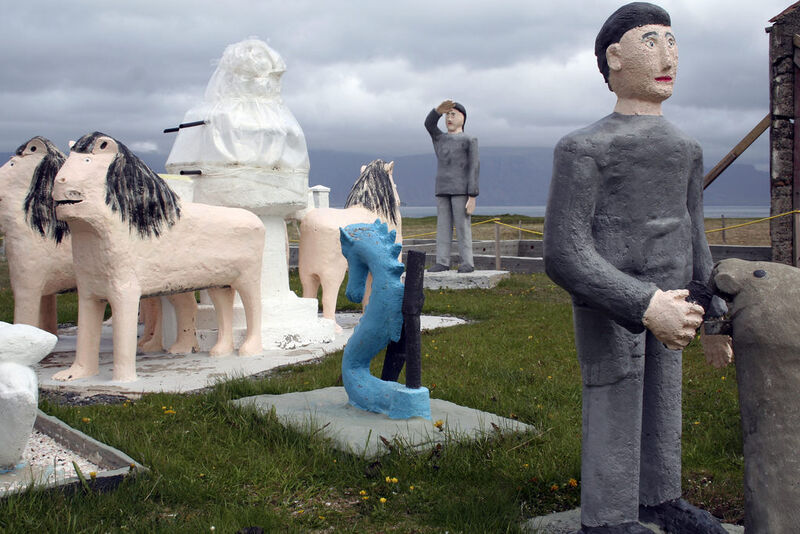 “I’d like to recommend Samúel Jónsson’s museum in Selárdalur, deep in the Westfjords of Iceland. They called him ‘the artist with a child’s heart.’”
—Eggert Maríuson, City, Iceland
Related Stories

The Man Who Keeps One Artist’s Stunning, 500-Plant Garden Alive 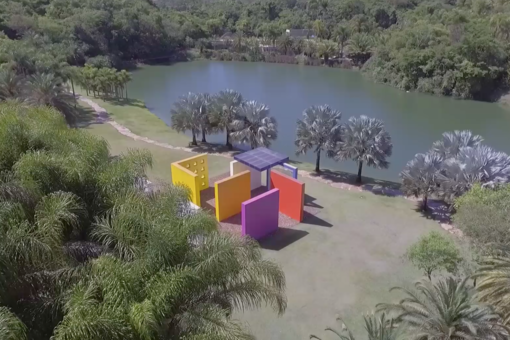