Revisiting the Radical Soviet Art Created amid the Russian Revolution 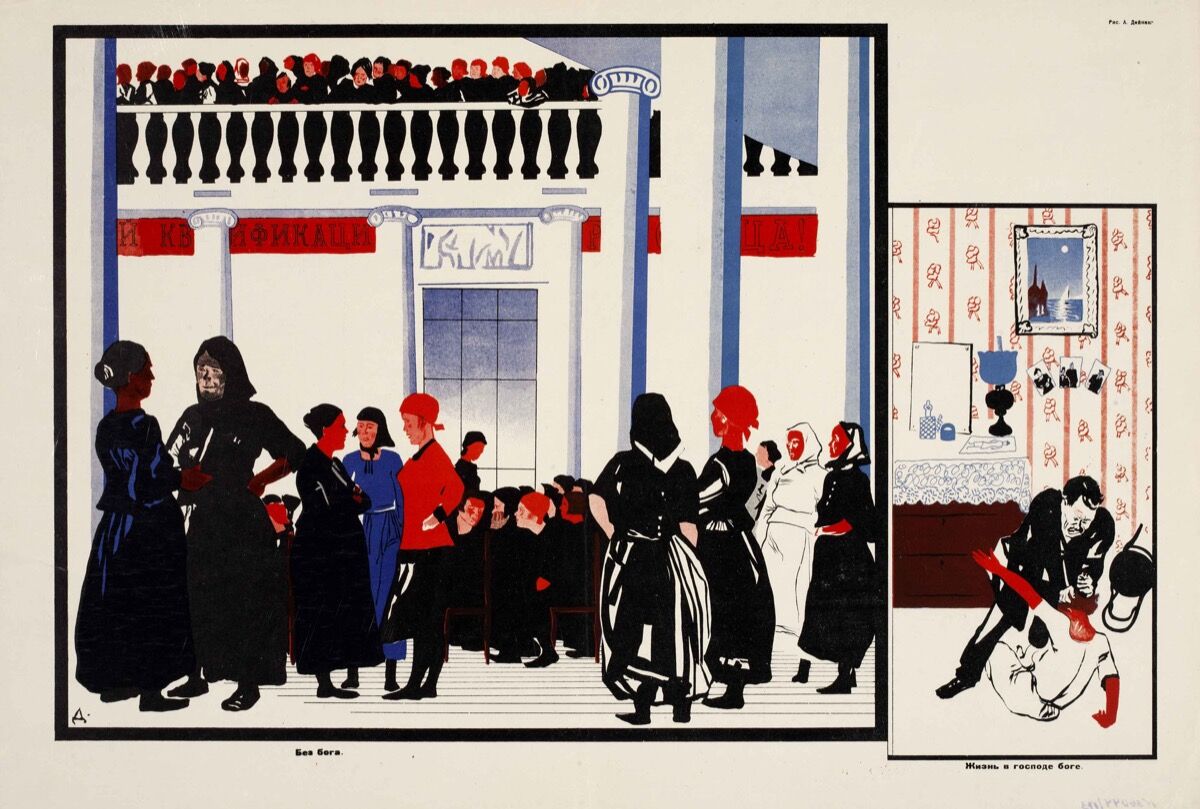 As this year comes to a close, so too does the centennial of the 1917 Russian Revolution. At the height of the Cold War, it seemed that the revolution was practically unmatched in historical relevance, giving birth to one of the two powers that could light the powder keg of mutually assured destruction and quite literally end the world. But almost three decades after the fall of the Berlin Wall, the legacy of the Russian Revolution—essentially ignored in Vladimir Putin’s Russia—is more murky, especially in light of the horrors of the Soviet regime, including Joseph Stalin’s paranoid purges and the death of untold millions from famine.
So what is to be done to mark, parse, critique the revolution for the centennial in the proverbial West? Some, including leftist art historian T.J. Clark, would prefer we just “let it go.” But a fantastic exhibition at the Art Institute of Chicago does just the opposite, focusing on the urgent questions raised by those revolutionaries and artists in 1917.
On view until January 15th, “Revoliutsiia! Demonstratsiia! Soviet Art Put to the Test” is a stunning display of art, photographs, furniture, and other objects created by individuals who questioned the ideologies of the past after the Russian Revolution’s historic break, putting forward a multiplicity of models for what an uncharted future could look like. As curator Matthew S. Witkovsky puts it, the show stems from the core question, “What happens when you have an earth-shaking change in society in which artists are taking a very active part?” 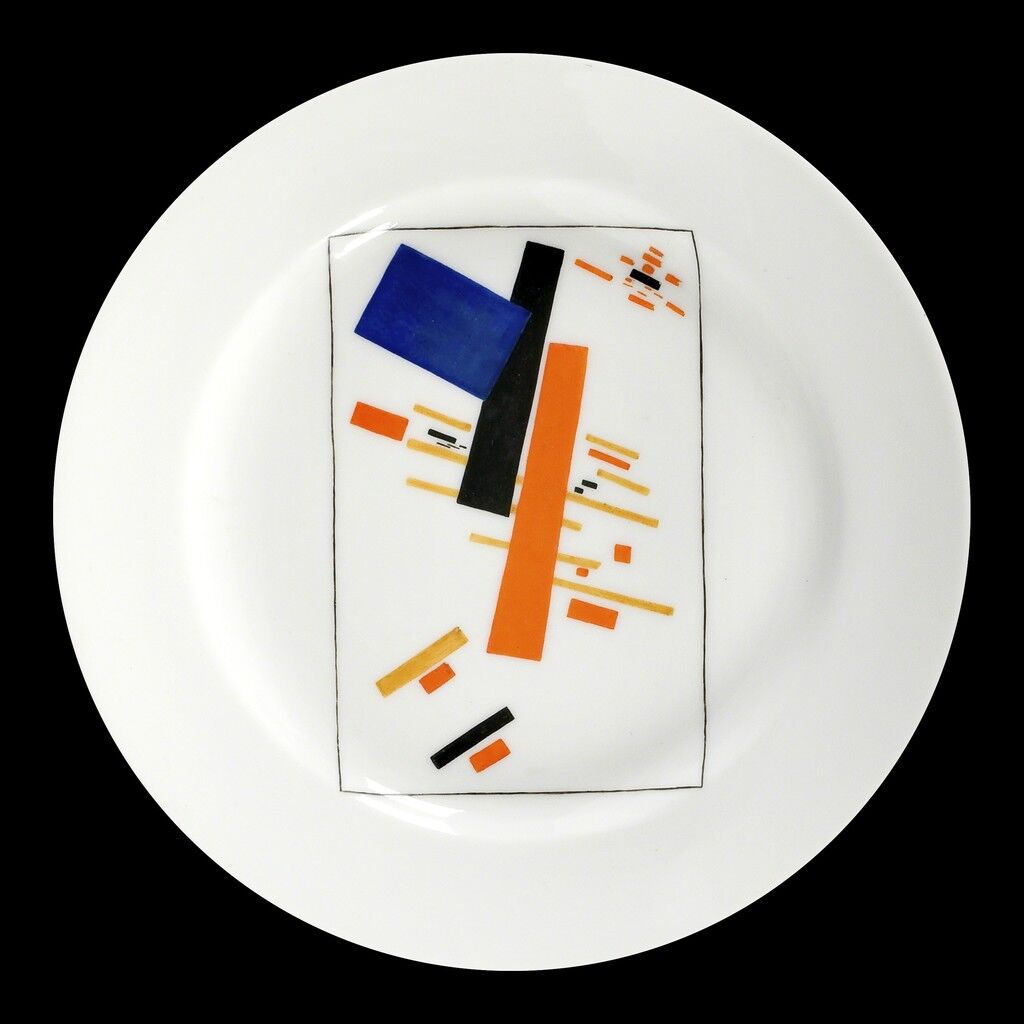 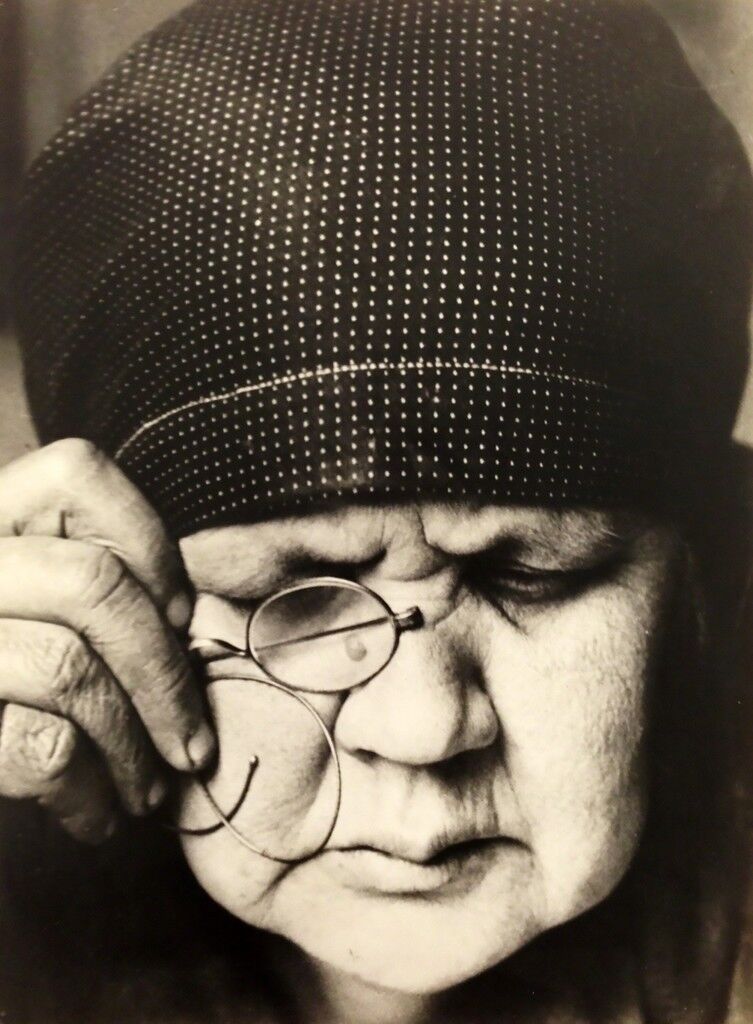 Alexander Rodchenko
Portrait of Mother, 1924
Richard Saltoun
Indeed, the exhibition is grounded in an open-ended questioning, rather than in a chronological march towards the eventual violent repression of the Soviet state under Stalin. “Rather than binding our chosen objects firmly to the fate of a miscarried revolution, ‘Revoliutsiia! Demonstratsiia!’ allows for more skid and slippage between art and history,” write Witkovsky and co-author Devin Fore in the catalogue introduction.
The exhibition is divided into 10 thematic areas (Factory, Festival, and Press among them), which are all worth exploring. The line between art and propaganda was often thin, or even porous. The warm visions of a communal utopia often masked much different realities, or even allowed them to continue, as much as they provided a model to aspire to.
The radical rethinking of everyday life (or “byt” in Russian) that reveals just how total and fraught the questioning of history was at the time. The props of routine bourgeois homelife—tables, chairs, kitchens, beds—which trapped so many women in mundanity, were ripe for radical intervention and rethinking to reflect new theories on domesticity, predicated on community. Total gender equality was enshrined as official Soviet policy from the state’s inception. But questions remained as to whether that would amount to a fundamental shift in the home—as some, who wished for a more collective living, hoped—or a more moderate Soviet rebranding. While the outcome remained uncertain, artists generally agreed that the homelife needed to be “examined and rethought in a revolutionary moment,” said Witkovsky. “And that is already saying something.”
In 1918, the Narkompros (the People’s Commissariat of Enlightenment) took control of the former
Imperial Porcelain Factory
in then Petrograd, today St. Petersburg. The tsarist name, of course, had to go and instead it was christened the State Porcelain Factory. Preexisting blank tsarist plates and cups, as well as new ones, were emblazoned with Soviet messages like “Whoever does not work, does not eat” or
Constructivist
artworks (
Kazimir Malevich
even had a stint working out of the factory). 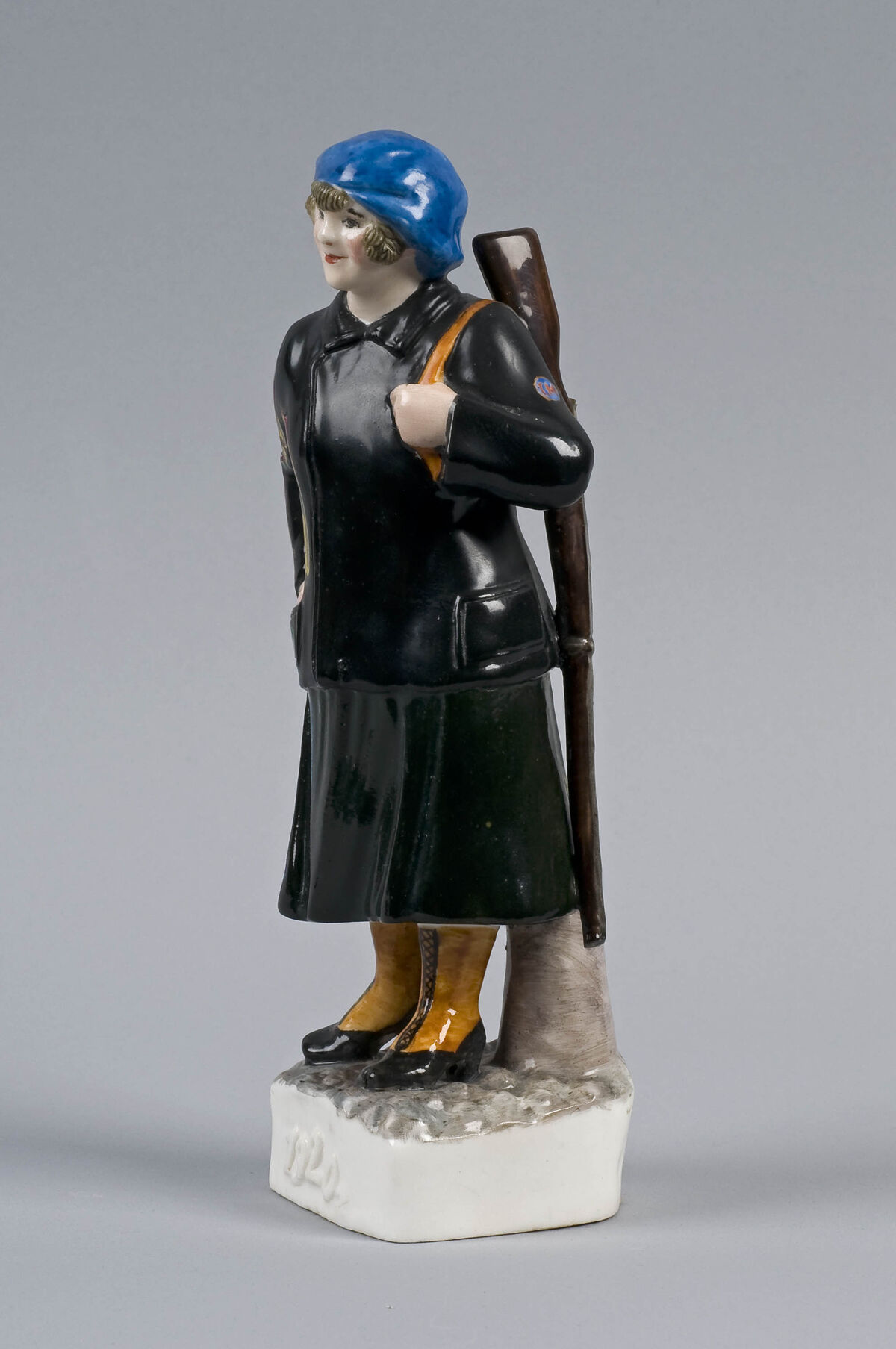 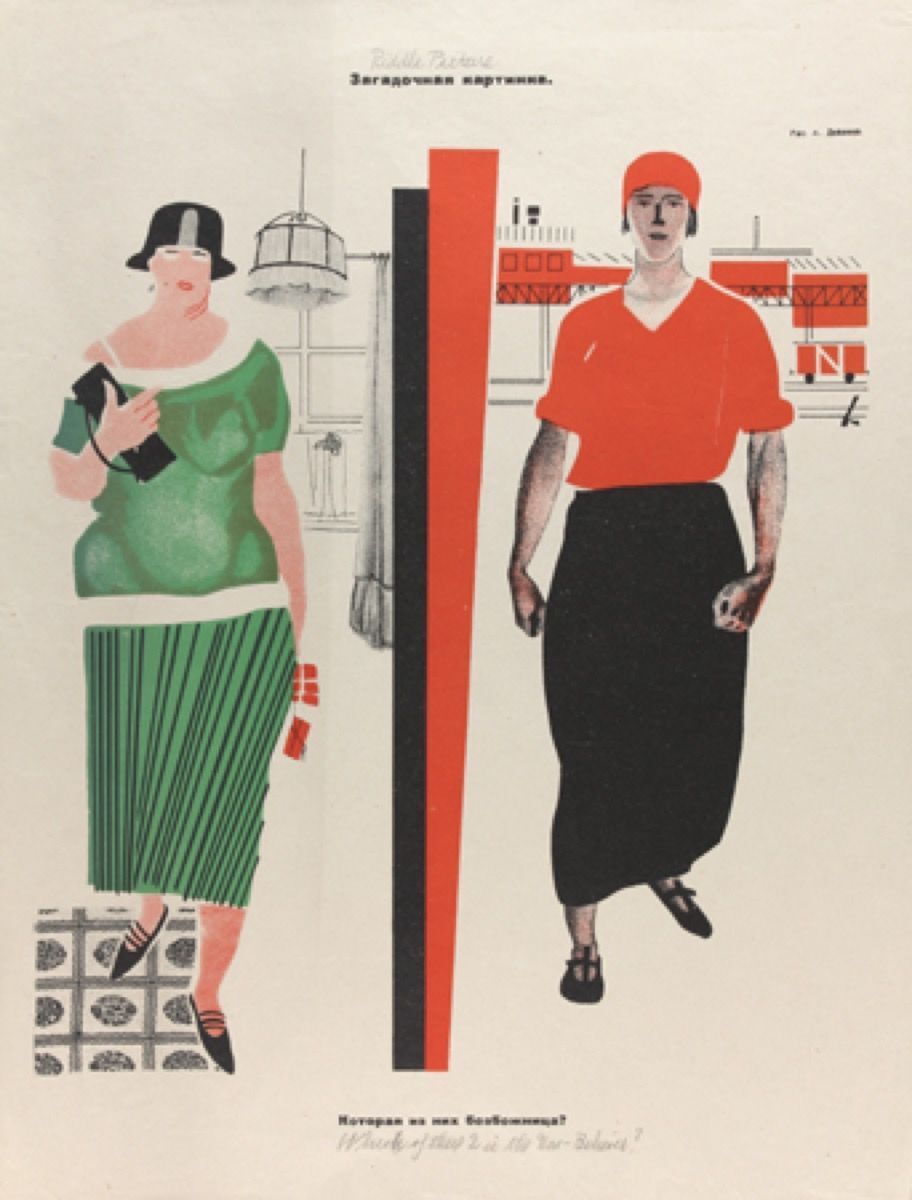 Advertisement
These everyday porcelain objects which dotted Soviet dinner tables became emblematic of the war to reshape quotidien life in the Soviet era. The internal struggle provides illuminating nuance amid narratives of the Soviet Union that are often hegemonic. Leftist theorist and writer Sergei Mikhailovich Tret’iakov expressed aversion towards the Soviet rebranding at the time, viewing the porcelain plates as clutter fit for the wealthy and a product of Vladimir Lenin’s New Economic Policy (NEP), which allowed for a modicum of private trade. For the critics, “painting revolutionary slogans and images on traditional decorative art forms was simply a continuation of consumerism applied art, no matter how modernist the form or sincere the socialist sentiment,” writes Christina Kiaer in her exhibition catalogue essay.
Some artists within the factory, however, produced porcelain objects that served as role models for the masses. Sculptor Natal’ia Dan’ko, for example, created numerous designs for figurines of “Soviet types,” including Militsionerka (Policewoman) (1920s) and Basketbolistka (Female Basketball Player) (1925/29). The figures replaced images of shepherdesses and dancers that were produced in the Imperial Era.
Witkovsky points to these Soviet depictions of strong, professional women as fundamental. “So much of what the revolutionary society wants doesn’t exist and doesn’t have a precedent,” he explains, noting that this way of thinking is important today as well, where the role models, especially for those typically not represented in popular culture, are critical. The same was evidently true 100 years ago.
“People could say, ‘Oh, that’s something I could become,’” he adds. “Dan’ko seems to have specialized in giving you people to look up to.” 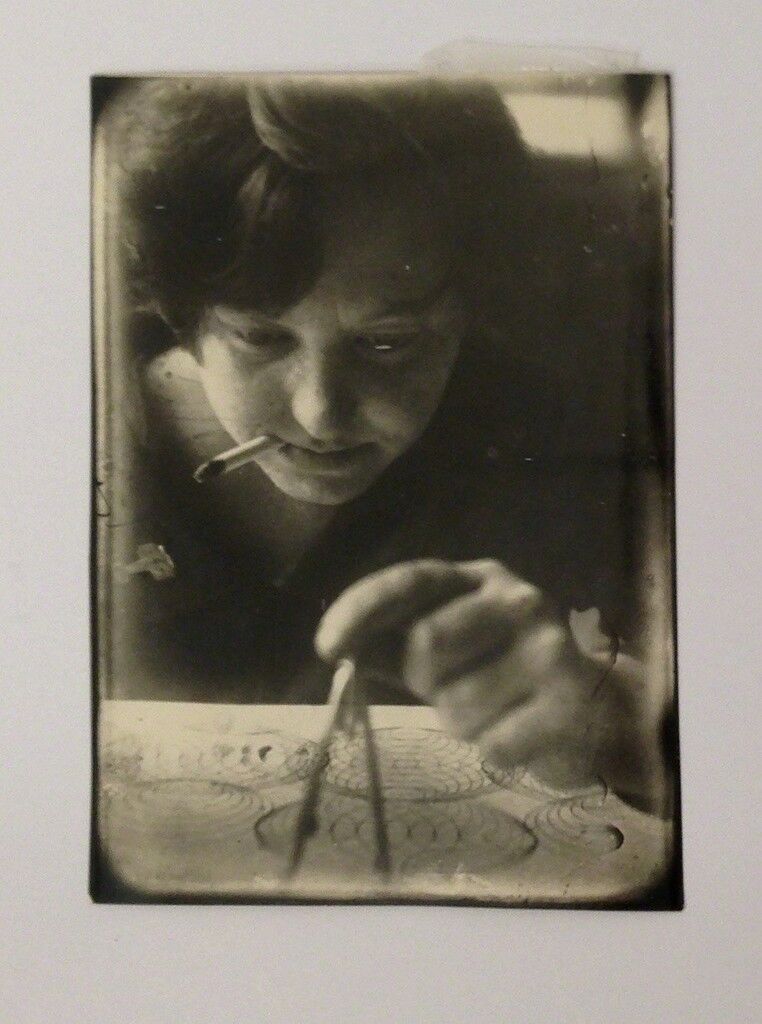 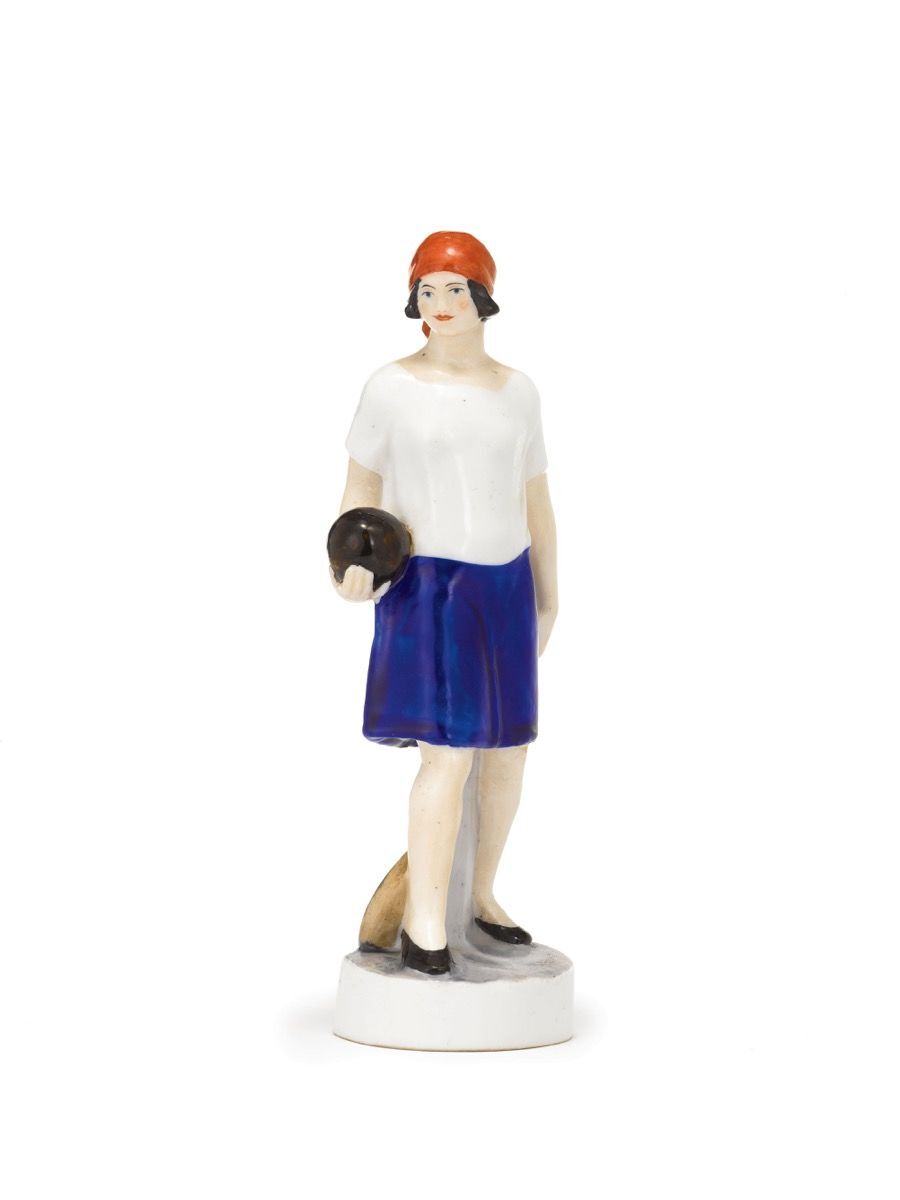 And people did look. While the porcelain figurines were only owned by a select few within the country, they were a mainstay of the national press, shop windows, and art exhibitions. Their small size, non-threatening nature, and meticulous attention to detail “made these figurines familiar objects of Soviet pride,” writes Kiaer. Other works in the exhibition also testify to women’s hoped-for revolutionary power, including a pair of lithographs by Aleksandr Deineka, one that shows a woman being beaten by her husband before the revolution, and another image that shows a group of mostly women gathering for a meeting likely to decide their new future collectively after.
Despite this show of unity, some who wanted to craft the ideal Soviet home life were actually men who didn’t spend much time doing domestic labor. The leftist desire to liberate society from bourgeois norms and women from the burden of laundry, cooking, and other forms of unpaid home labor, notes Kiaer, was entwined with the misogynistic idea that women themselves, attached to traditions of the bourgeois world, also embodied what needed to be rooted out.
This led to the creation of some design objects that were more ideologically pure than actually practical, like a table designed by Ivan Morozov. In a quest for flexibility and to reduce clutter of household objects, the table had “moveable flaps,” writes Kiaer. But the design required plates and other precious objects to be hidden away and strapped down, constantly under threat of being destroyed—a “potent embodiment of Construvisist impatience with the feminine clutter of byt.” Women, of course, knew better. Kiaer points to an article by Sophie Lissitzky-Küppers, wife of artist
El Lissitzky
. She wrote for a magazine of the time that “our architects should seek the advice of homemakers.”
Ultimately, “Revoliutsiia! Demonstratsiia!” does not compliment or condemn this revolutionary rethinking. Rather, it is a window into the struggles of those who tried to shape a vision of how the world should appear. Of course, that aspiration often differed drastically from the world that did materialize. Even so, one can’t help but admire the relentless questioning and the importance of artists in actively modeling a new world 100 years later.
Isaac Kaplan is an Associate Editor at Artsy.
Related Stories