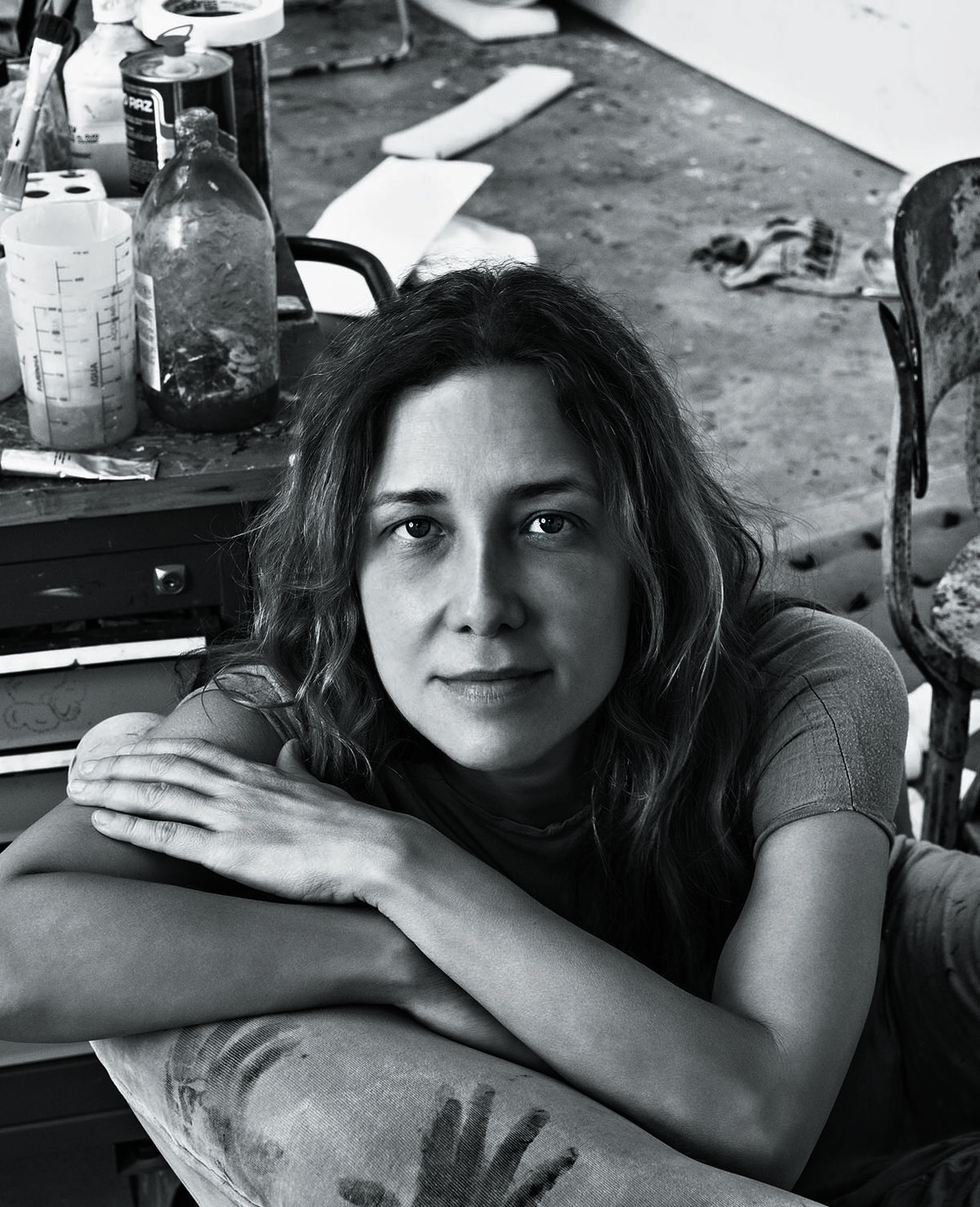 On Thursday morning, just hours after the Olympic torch was lit in the Greek town of Olympia before embarking on a symbolic journey that will end in Rio de Janeiro in early May, the Rio-based artist
Adriana Varejão
welcomed a small group of press to her new show at Lehmann Maupin in New York. In a little over three months, an international audience will encounter Varejão’s work—a large mural covering the city’s new aquatics stadium—at the 2016 Summer Olympics in Rio. “I’m interested in the idea of a melange of countries, and absorbing culture,” Varejão says of her art practice, as she walks through the new show. It’s clear that the context of the Olympics, where disparate cultures commingle and compete, is an extremely fitting context for the artist’s work.
Known for fiercely addressing themes of racism and colonialism in past works, Varejão continually returns to these ideas, focusing particularly on what happens when distinct cultures meet. Her 2014 series “Polvo” boldly surfaced the arcane, arbitrary, and in many cases offensive terms used in censuses in Brazil to describe skin tones. The body of work effectively raised questions about racism in Brazil, leaving them up to the viewer to resolve. “The work doesn’t have to answer questions, the work has to produce questions,” Varejão says. “I’m not an anthropologist.”
Her works have always homed in on the ways that indigenous and colonizing cultures have collided to form new traditions, particularly in her native country. “Since the beginning, my work has dealt with miscegenation and the process of anthropophagy,” she notes, referring to Oswald de Andrade’s 1928 Manifesto Antropófago, which proposed the native peoples of Brazil absorb European culture into their own traditions. “He wrote that we can have our own references, and we can consume European culture, and make it our own,” Varejão explains. 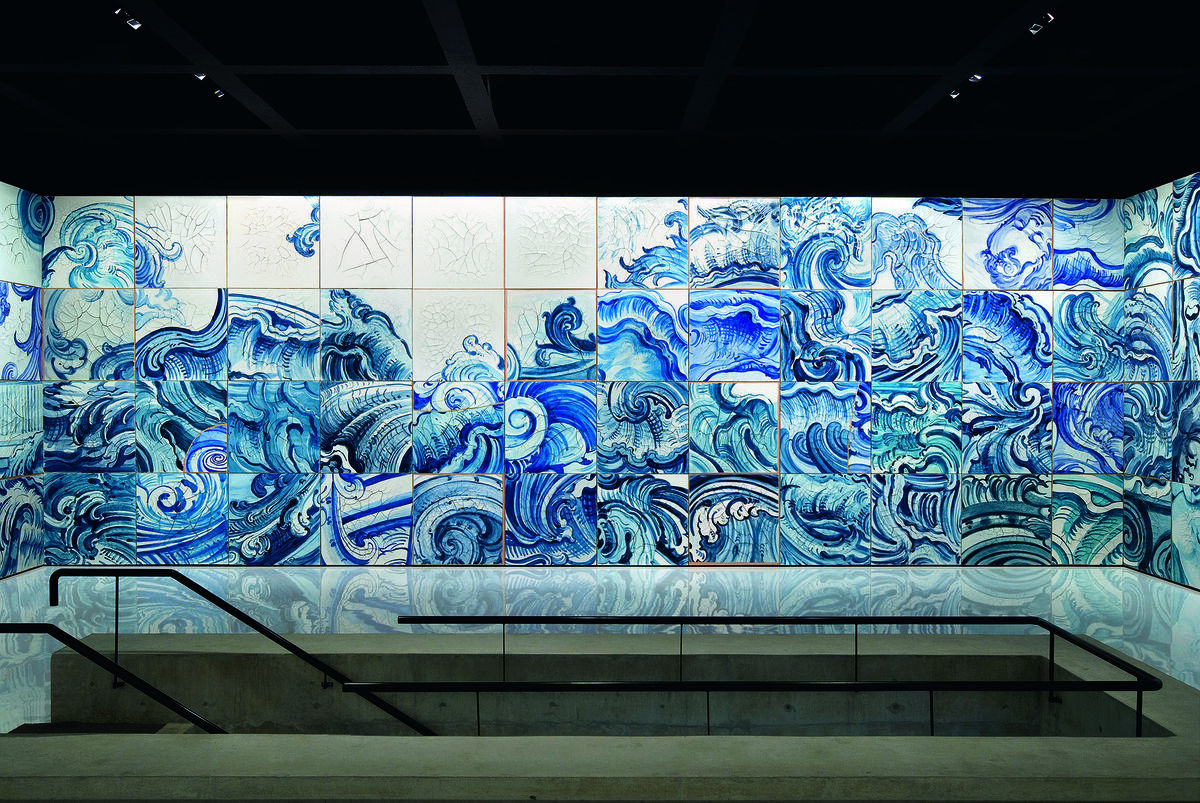 Culture director of the Rio Olympics Carla Camurati was struck by Varejão’s installation Celacanto Provoca Maremoto (2004–2008) at the esteemed Brazilian museum Centro de Arte Contemporânea Inhotim in Minas Gerais, and realized its imagery and themes were a natural fit for the aquatics venue. Celacanto Provoca Maremoto is a mural covering four walls, made up of 184 painted canvas panels—white-and-blue squares that recreate original tiles the artist photographed, depicting parts of angels, wings, and other decorative motifs, as well as the texture of cracked tiles.
“For the mural at Inhotim, I took tiles from different compositions and made them into an abstract form, which resembles a wave,” Varejão explains. “The name of the work—which translates to ‘Coelacanth causes seaquake’—has to do with a fish, and the sea and water; it relates well to the swimming pool, which is also covered with tiles.” For the Olympics, Varejão has reconfigured the work to fit the stadium; the tiles were photographed, enlarged, and printed on plastic canvas, which will be draped across the exterior walls.
The work is part of Varejão’s ongoing explorations into the traditions of azulejos, hand-painted tiles in Brazil that trace back to when the Portuguese imported Baroque tiles, which were inspired by the cobalt-blue ceramics that Europeans encountered in China. For decades, Varejão has been creating paintings and installations that investigate this history, often mimicking cracked, broken tiles, which not only reference the Brazilian tradition, but also Chinese Song dynasty ceramics. 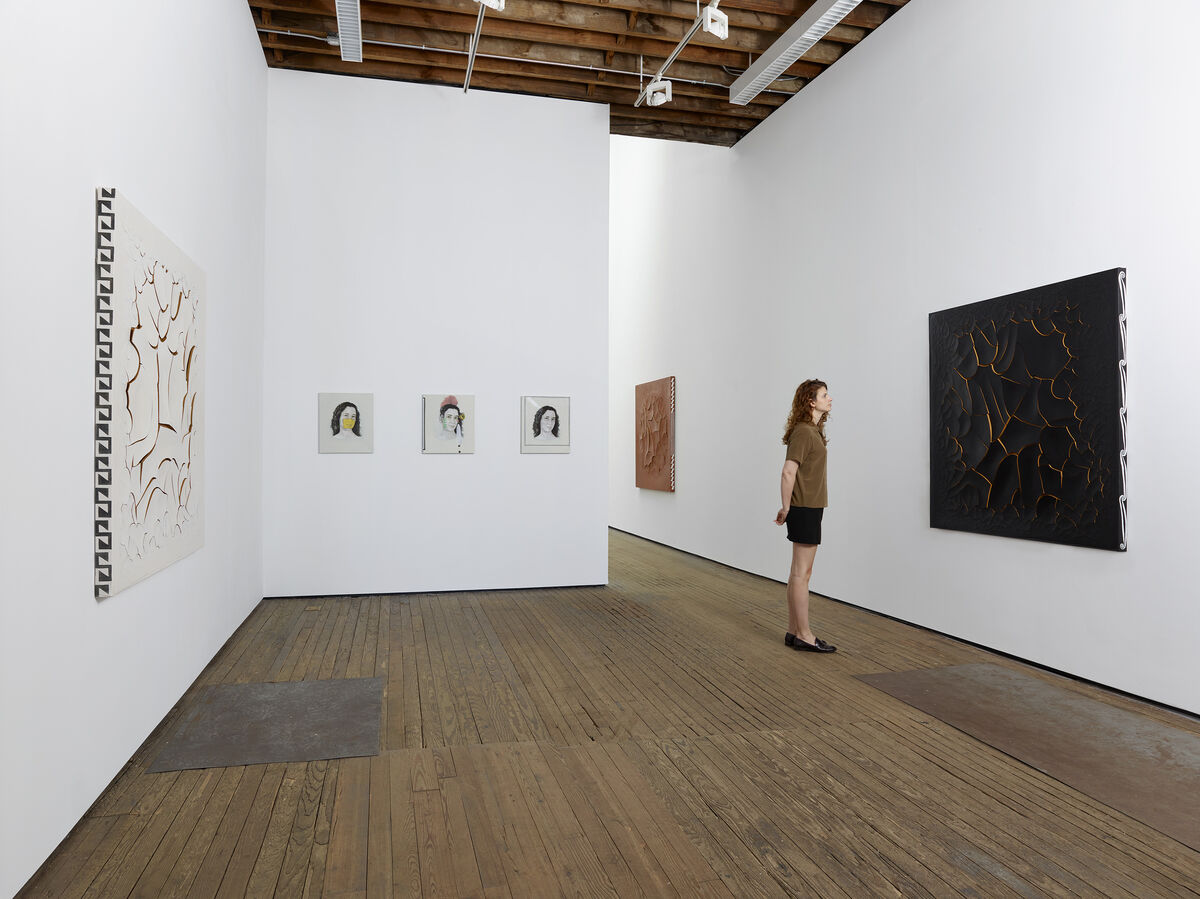 Advertisement
Back at the current show at Lehmann Maupin, Varejão walks by a wall of large canvases in earth tones with deep fissures across their surfaces. She carries a stack of photocopies—her visual references that have informed the works on view—and gestures to a photograph of a fractured ceramic bowl, a piece of 11th-century pottery from the Mimbre people of North America. For this new series, titled “Mimbres,” she picks up on her studies of tiles while also injecting this new cultural reference, painting the geometric Mimbre designs on the edges of the canvases.
Varejão encountered these new references while preparing for a show at Dallas Contemporary last year, for which she decided to create works that dealt with colonialism in the United States—particularly, paintings of Native Americans. At the Dallas show she debuted the stunning, central series that is now on view at Lehmann Maupin, 29 self-portraits that form the “Kindred Spirits” series (2015). Each painting bears an identical image of the half-smiling artist from the neck up (she commissioned the paintings from an anonymous artist in China who produced the compositions from a photograph of Varejão), but they are otherwise unique. With varying backgrounds of soft, muted colors, the works display their own flourishes—from blocks of primary color to feathered headdresses, idiosyncratic hairstyles to intricate patterning. Together the works form a powerful visual lexicon, a yearbook depicting the faces of a new culture forged by the artist. 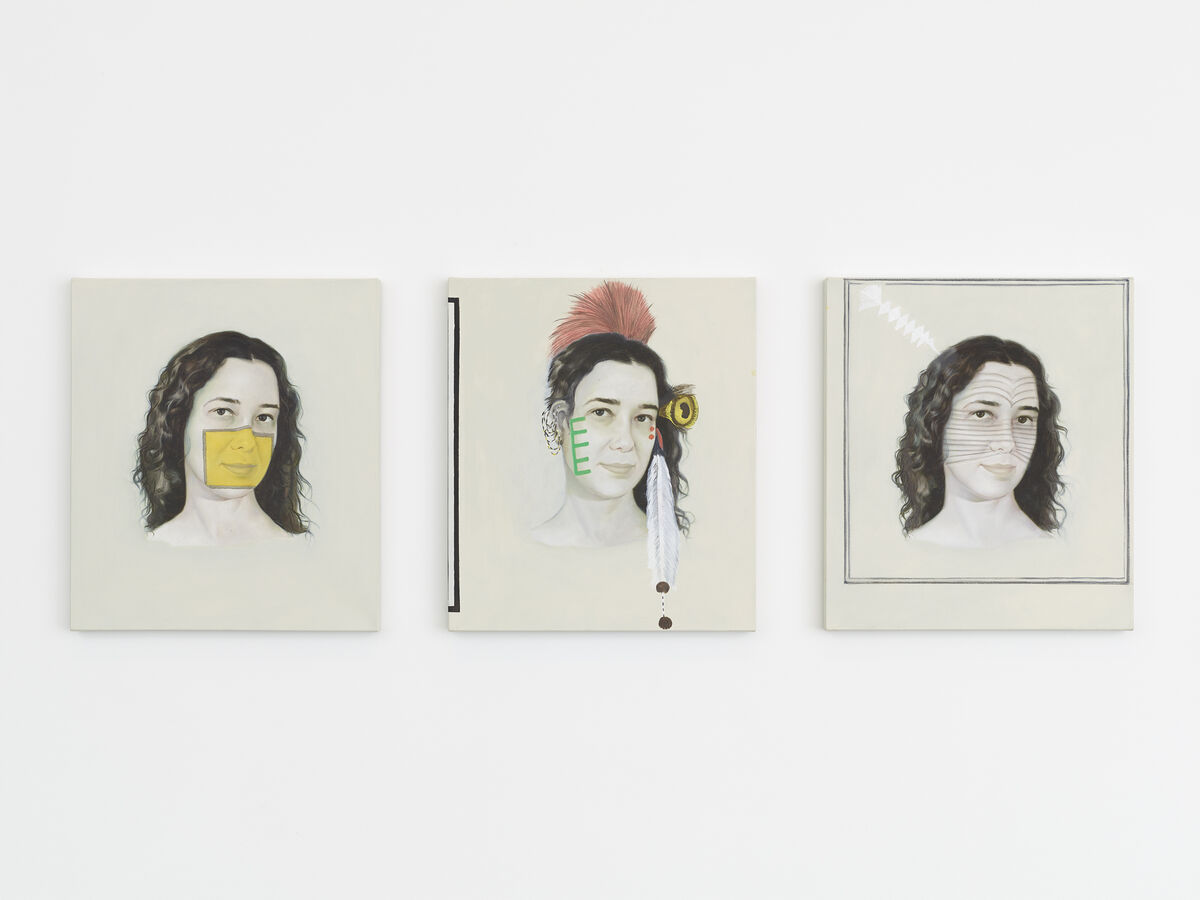 Varejão reveals the inspirations behind the works as she leafs through paintings by
Llyn Foulkes
, famous portraits of Native Americans by
George Catlin
, lesser-known paintings of McKenney and Hall’s History of the Indian Tribes of North America, and images of iconic abstract paintings. “Some are so hybrid that you can’t divide what is Native American and what is Western art,” she says, pointing to a work where her face is covered by an orange
Donald Judd
painting with stripes. “This is not a
Yayoi Kusama
, it’s war paint,” she says of a work with red-and-white polka dots. She’s right. Looking around the room, it’s hard to trace the references to their origins. Varejão is surfacing questions once again, leaving it up to us to decipher where culture and colonialism begin and end.
Casey Lesser is Artsy’s Lead Editor, Contemporary Art and Creativity.
“Kindred Spirits” is on view at Lehmann Maupin, 201 Chrystie Street, New York, Apr. 21–Jun.19, 2016.
Related Stories