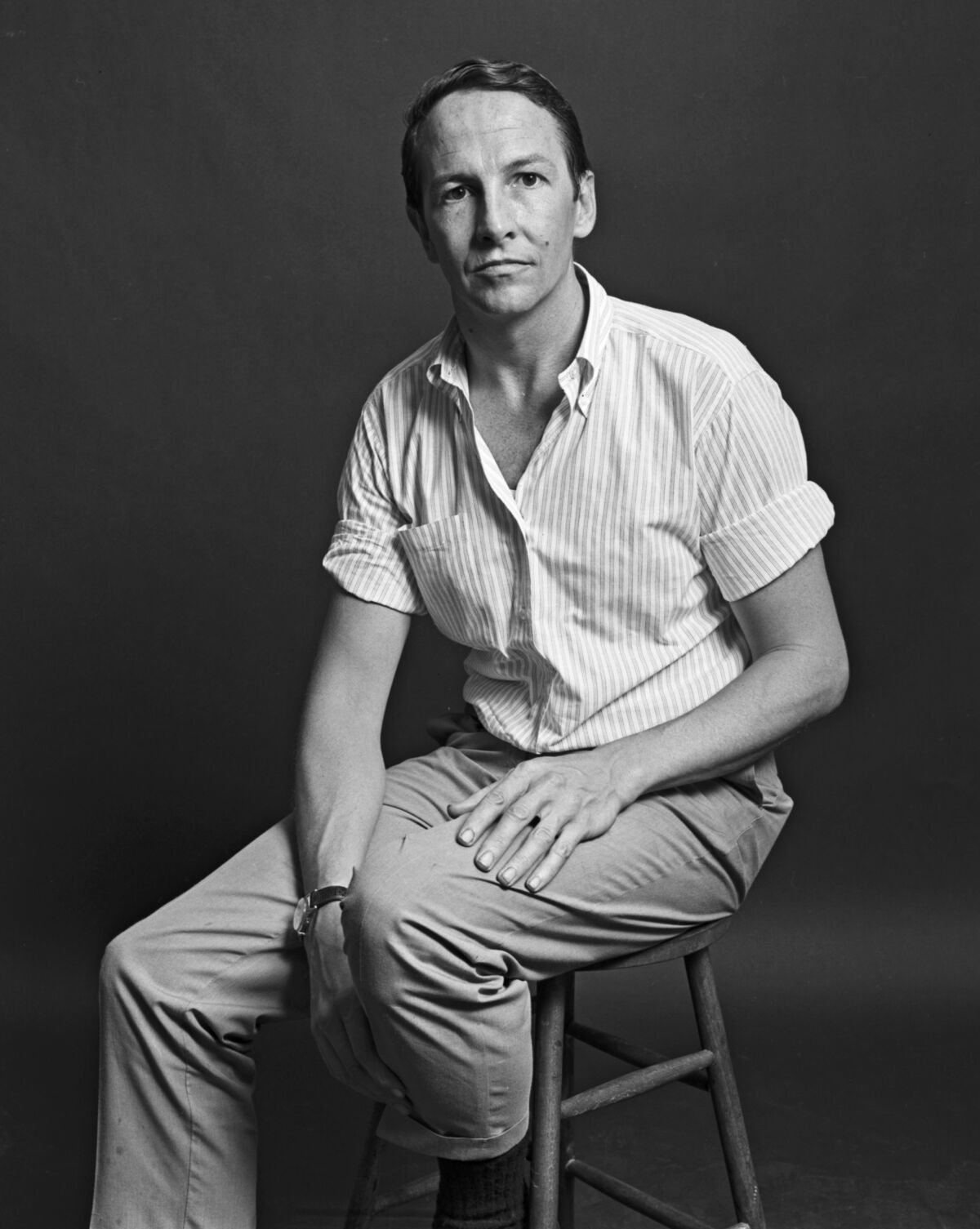 Portrait of Robert Rauschenberg by Jack Mitchell, 1966, via Getty Images. 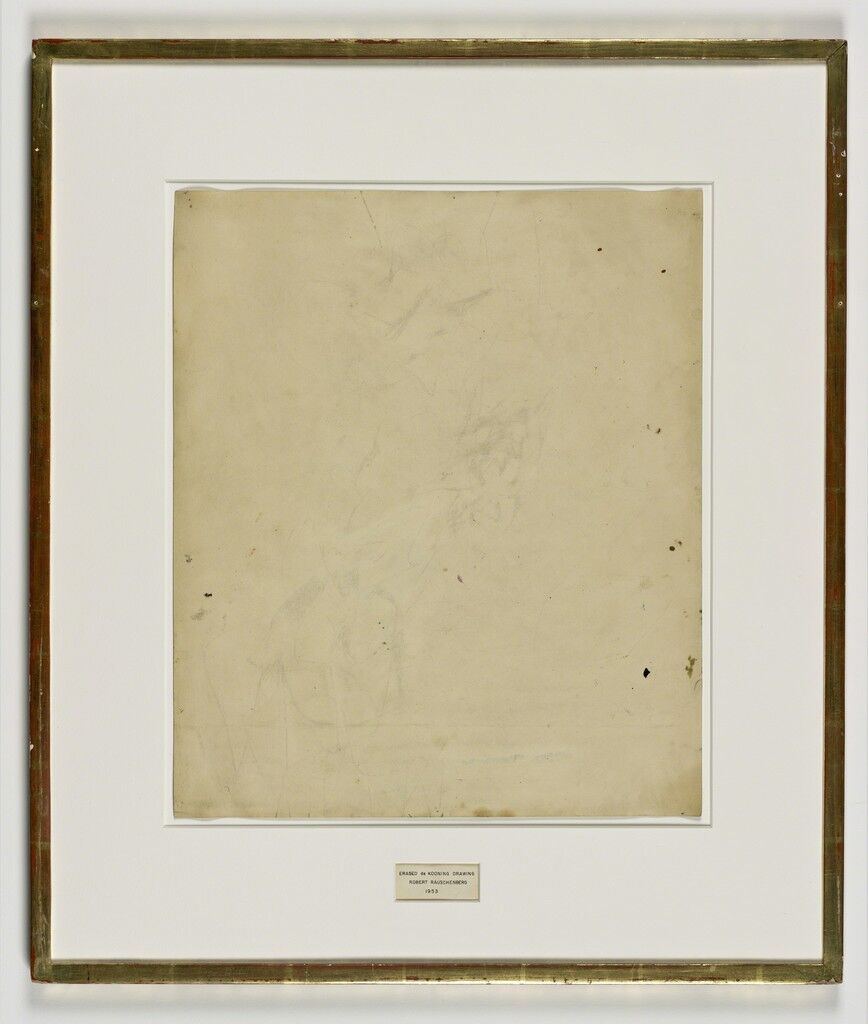 Robert Rauschenberg
Erased de Kooning Drawing, 1953
San Francisco Museum of Modern Art (SFMOMA)
Robert Rauschenberg
was nervous. Standing in front of
Willem de Kooning
’s house, clutching a bottle of Jack Daniel’s in one hand, the 27-year-old artist knocked hesitantly on the door. Don’t be home, he silently prayed.
“But he was home,” Rauschenberg later recalled. “And after a few awkward moments, I told him what I had in mind.”
What Rauschenberg wanted was one of de Kooning’s drawings. By itself, the request wasn’t surprising—artists in the same circles often traded works, and the two of them were already friendly after meeting at Black Mountain College a year earlier. But the younger artist didn’t want to hang the sketch on the wall of his studio. No, Rauschenberg explained, he wanted to erase it.
It was a radical request. By 1953, when Rauschenberg arrived on his doorstep, de Kooning was the most celebrated modern artist in New York City. Other artists admired him for his unparalleled draftsmanship; collectors were snapping up his paintings for unprecedented sums. “I recall the frisson, the thrill that went through the New York art world at the news that a de Kooning painting had just sold for $10,000,” wrote American art critic Leo Steinberg in 2000. “More than most of us earned in a year.”
In short, a de Kooning was worth something. Even a throwaway sketch had value, both monetary and art historical—and for Rauschenberg, that was key. “It had to be something by someone who everybody agreed was great,” he explained to Calvin Tomkins for a 1964 New Yorker profile, “and the most logical person for that was de Kooning.”
Before he approached the venerated
Abstract Expressionist
, however, Rauschenberg had experimented with erasure by wiping out his own drawings. But he found it unsatisfactory. “If it was my own work being erased, then the erasing would only be half the process, and I wanted it to be the whole,” he said. 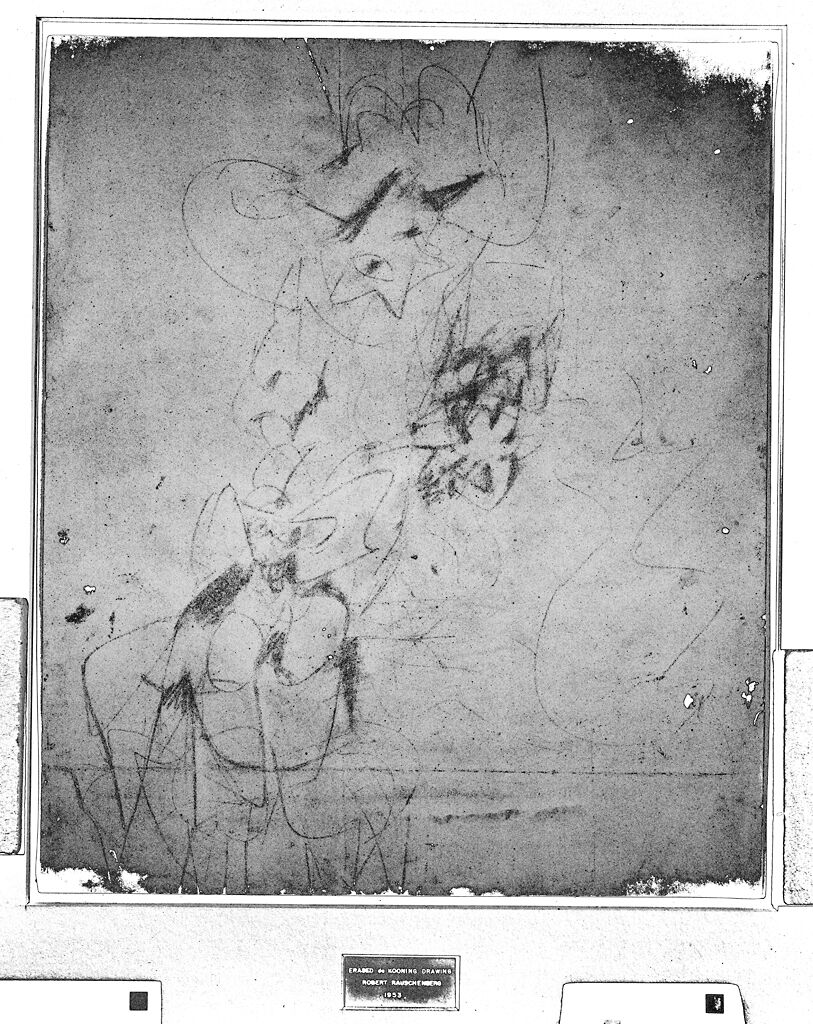 De Kooning was, unsurprisingly, less than enthused at the request. “I remember that the idea of destruction kept coming into the conversation, and I kept trying to show that it wouldn’t be destruction,” said Rauschenberg, “although there was always the chance that if it didn’t work out there would be a terrible waste.” As the younger artist further elucidated his intentions over glasses of whiskey, de Kooning relented.
But the painter wasn’t going to make it easy. As Rauschenberg tells it, de Kooning pulled out a portfolio and began flipping through the contents. Just as he seemed to settle on one, he paused. “No,” the artist mused, “it has to be something I’d miss.” So he pulled out a second folder, finally landing on a sketch made with a combination of grease pencil, ink, charcoal, and graphite.
Later, Rauschenberg couldn’t recall precisely what the drawing looked like. (In 2010, SFMOMA enhanced an infrared scan of the work that revealed several female figures from different angles.) What he did remember was how long the process took: two months, “and even then it wasn’t completely erased,” he said. “I wore out a lot of erasers.”
The result? A blank sheet of paper bearing a few smudges of its former image. It wasn’t until late 1955, when Rauschenberg was scrounging for submissions to a group drawing show, that his friend
Jasper Johns
suggested he frame the work. Using a duplication machine he had access to through a job designing department store window displays, Johns printed the accompanying inscription:
ERASED de KOONING DRAWING
ROBERT RAUSCHENBERG
1953
When it went on view at New York’s Elinor Poindexter Gallery, there was no fanfare. No reviews of the show mentioned Erased de Kooning Drawing. But the story spread through the art world anyway. “You heard of it by word of mouth,” Steinberg recalled. 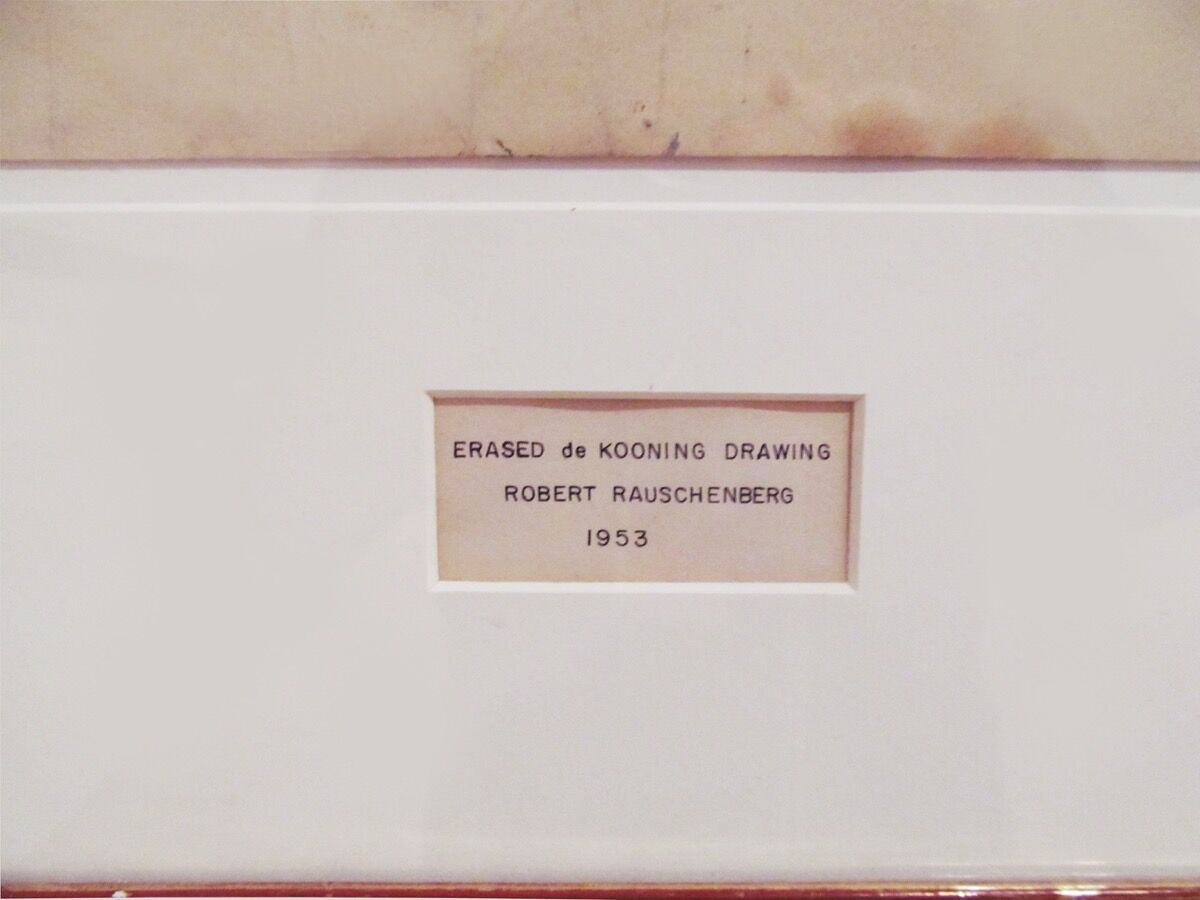 Advertisement
Although the work is now often described as Rauschenberg’s most controversial, at the time it wasn’t considered particularly scandalous. Much of his work around this era was questioning the nature of art—a contrarian approach inspired by
Marcel Duchamp
’s experiments with readymades.
In 1953, for instance, he packed a shallow box with soil, lined it with seeds, and hung it on the wall of a gallery. Rauschenberg returned to the exhibition regularly to water this “grass painting.”
Most notable are his 1951 series of “White Paintings” made at Black Mountain, all-white canvases that appeared to be unpainted. Rauschenberg even asked fellow artist
Cy Twombly
to paint a few, further questioning the idea of authorship. And he explicitly linked these “White Paintings” to the Erased de Kooning Drawing—both were experiments with what he termed “the monochrome no-image.”
It wasn’t until a celebrated show in 1964 at the Wadsworth Atheneum that the erased drawing became a sensation. Soon, it was a touchstone for every Rauschenberg retrospective. According to Mark Stevens and Annalyn Swan in their 2004 biography on the artist, this public display made de Kooning indignant. He believed such an exchange between artists should have remained private.
And certainly, many have classified this as an act of rebellion, an artistic coup d’état. It is often labeled as an oedipal act—a reading bolstered by the fact that, a decade after the work was made, Abstract Expressionism had been overshadowed by
Pop
.
But Rauschenberg maintained that was never the point of his work. “It’s not a negation,” he said in 1999, “it’s a celebration.”
Abigail Cain
Related Stories