The Symbolist Brotherhood That Believed Art Had Divine Powers

In 1892, on the corner of the grand, tree-rimmed avenue of Boulevard Haussmann in Paris, a peculiar new art salon opened to considerable fanfare at the Galerie Durand-Ruel.
Paintings of damsels, sirens, and monstrous femmes fatales, as well as religious visionaries, mythical figures, and fantastical temples hung salon-style from the walls. Wafts of burning incense and the sound of the prelude to Wagner’s Parsifal, which was played on an organ throughout the opening night, filled the space.
The event’s master of ceremonies, the eccentric poet and novelist Joséphin Péladan, greeted the city’s cultural elite (including the French author Émile Zola) in a long robe and pointed beard and, one imagines, with a gravely serious air. A year earlier, in 1891, Péladan had initiated an offshoot of the Rosicrucian order—a religious brotherhood (symbolized by a rose on a cross) that combined elements of Christianity, Jewish mysticism, and occult practices with the belief that its practitioners were the recipients of ancient wisdom. 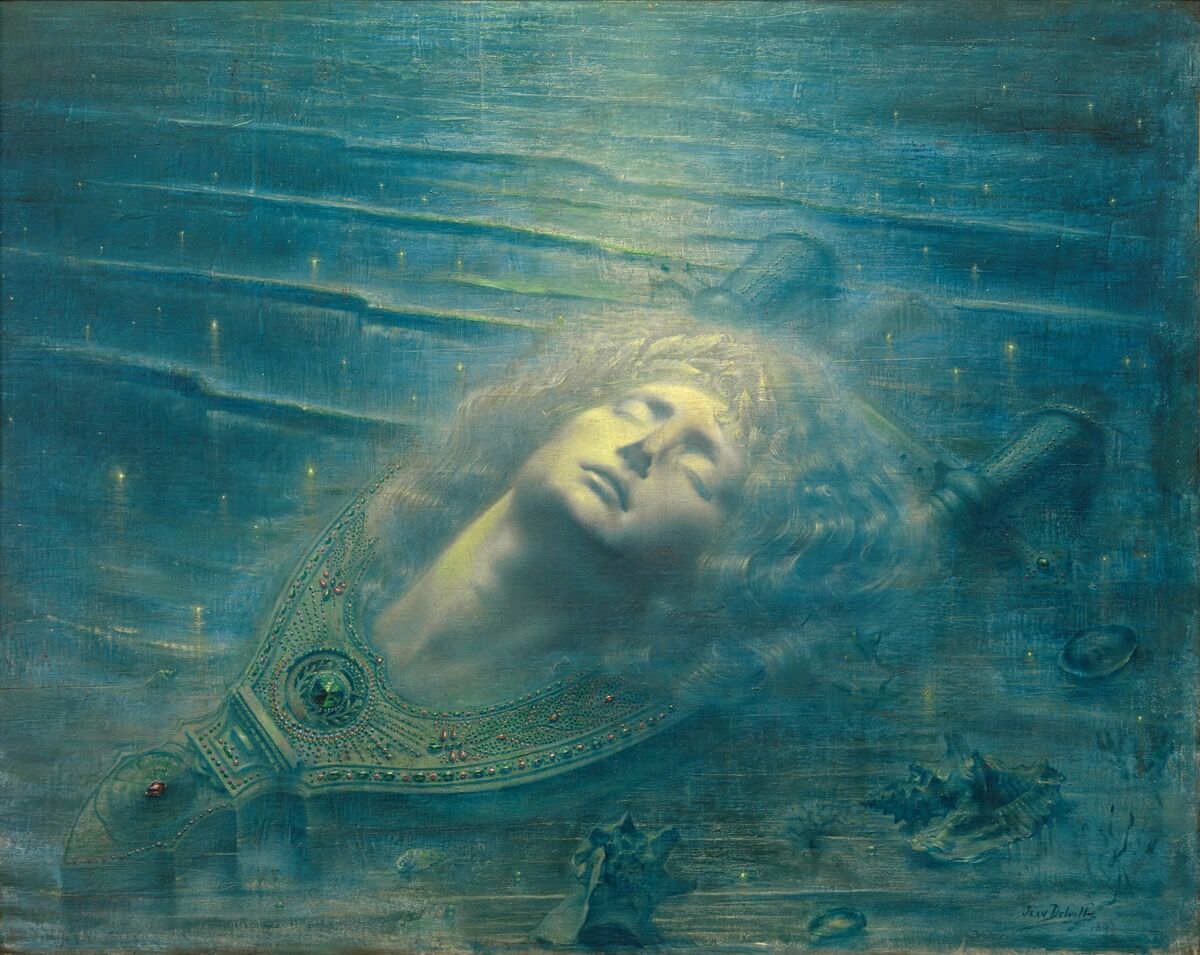 Having established his own esoteric fraternity, dubbed L’Ordre de la Rose + Croix du Temple et du Graal, Péladan set about disseminating his anti-realist vision of art as a conduit to higher states of mind, drawing heavily from the
Symbolists
, a French literary and artistic movement that rejected naturalism in pursuit of subjective expression. Péladan’s first Salon de la Rose + Croix, an exhibition of work by artists that (loosely) shared the leader’s vision, was designed to instil in its audience maximum reverence for beauty and transcendence.
And while many visitors didn’t know quite what to make of this occultish scene, they came in droves. Some critics arrived ready to ridicule Péladan—who styled himself as a “Sâr,” or high priest—but left feeling only admiration. The Symbolist poet and critic Remy de Gourmont called the exhibition “the great event of the year.”
The series of annual salons, which continued for five years and gathered together hundreds of works by international artists, are the subject of a new exhibition at the Guggenheim. In the museum’s fourth floor tower galleries, a selection of works from the salons have been hung against burgundy walls and accompanied by plush blue velvet sofas and a soundtrack of Wagner, Beethoven, and Bach to better evoke the immersive environment that Péladan brought to life.
And though the fathers of Symbolism,
Gustave Moreau
and
Pierre Puvis de Chavannes
, declined to personally anoint Péladan’s salons with the presence of their own work (seeing his tribe as too esoteric), they haunt the galleries of the Guggenheim, as they did at the Salon de la Rose + Croix, in the form of paintings by their many students and disciples—including Pierre Amédée Marcel-Béronneau and Georges Rouault. 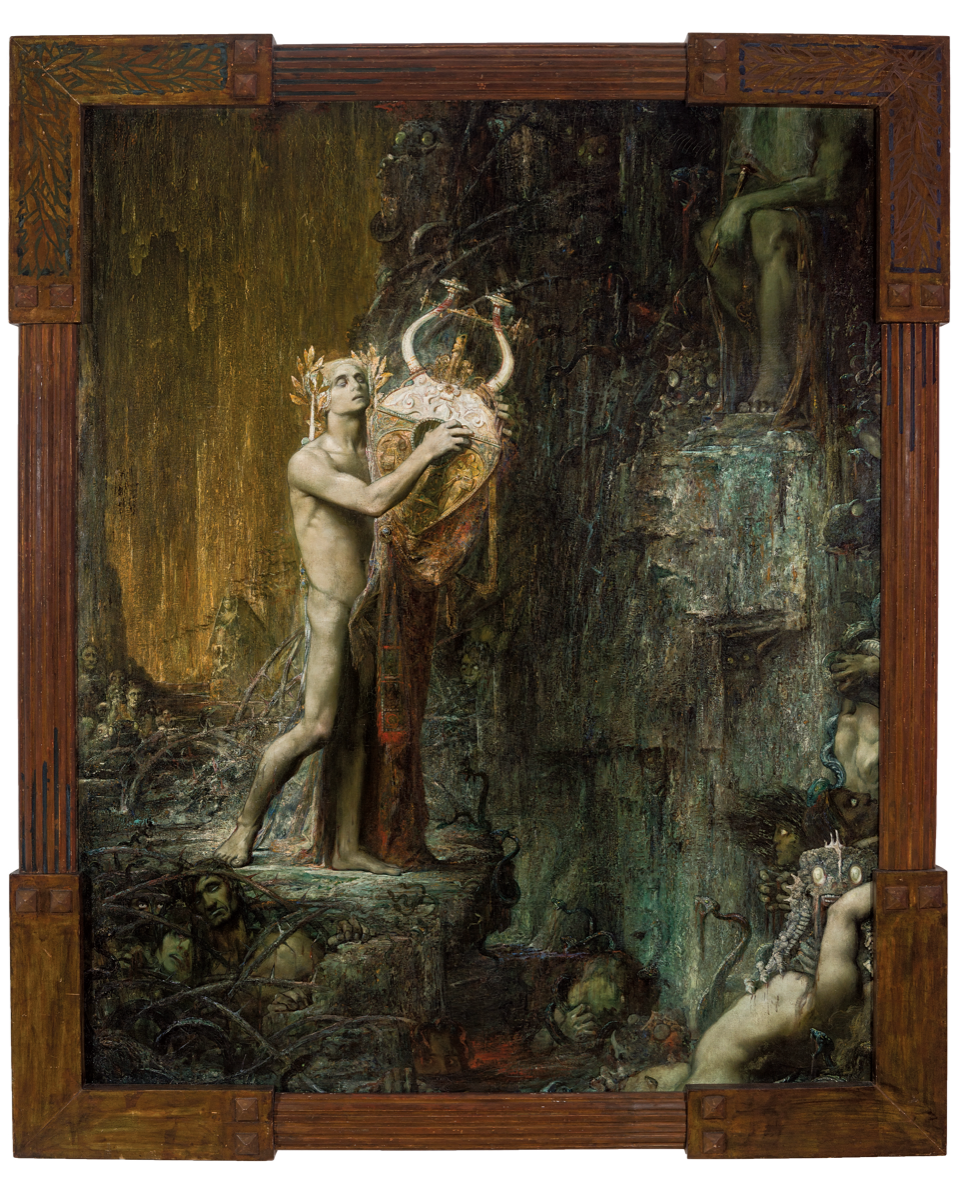 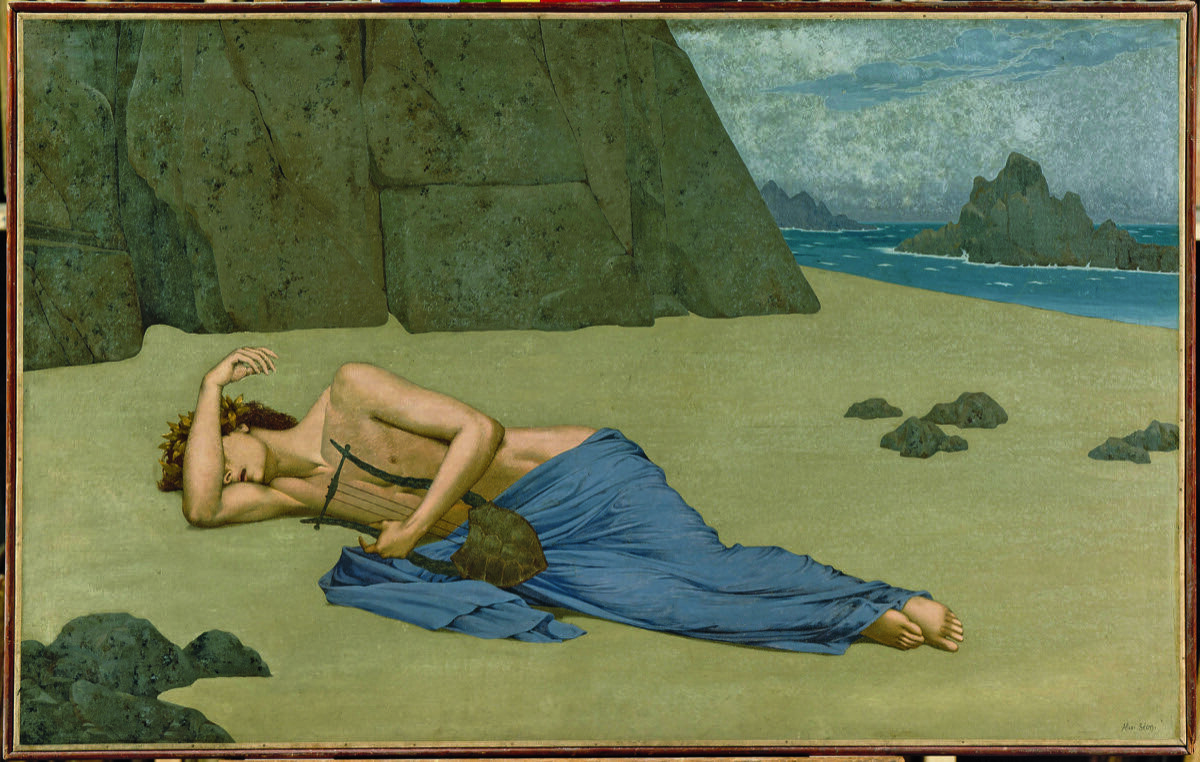 
Advertisement
Among the works on view are several showing Orpheus, the poet and musician of Greek mythology, his eyes closed in a state of revery, holding an ornate lyre. “Orpheus is the poster boy of the Rose + Croix,” says Vivien Greene, the lead curator of the exhibition. “He was a symbol of the artist as seer, and he had the ability to transcend death—the ultimate mystical experience.”
Orpheus also manifested the group’s exaltation of androgyny, which they considered to embody the perfect union of male and female. Greene is quick to offer the caveat, however, that “the androgyne always starts with the male—it’s tilted toward the man.”
And Péladan’s cult was indeed eminently male-centric. Alongside Orpheus, the Rose + Croix sect also idolized real-world male figures, including Moreau and Puvis de Chavannes, the
Pre-Raphaelite
painter
Edward Burne-Jones
, the poet Charles Baudelaire, and composers like Wagner and Erik Satie. (The latter was closely associated with the group and made compositions especially for the salons.) 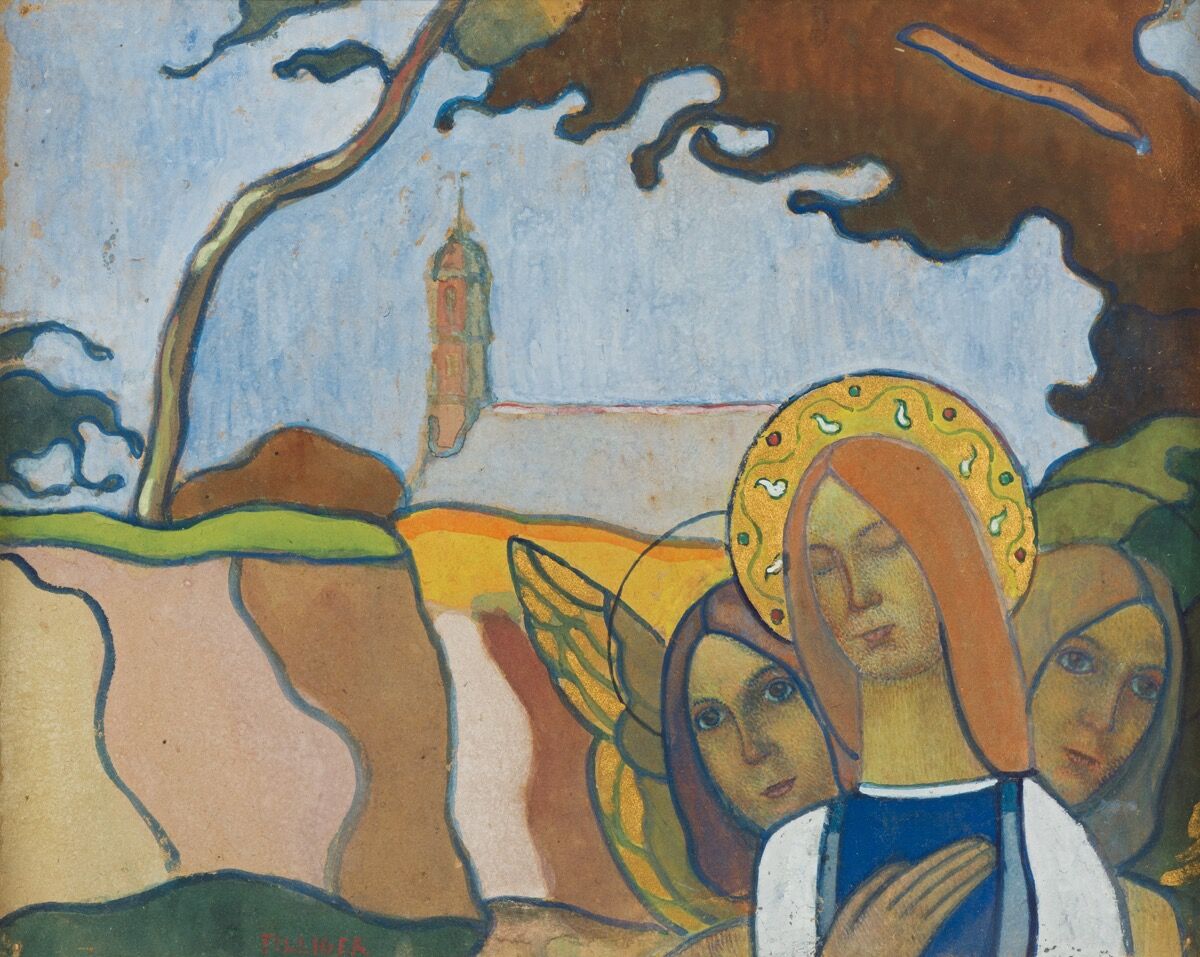 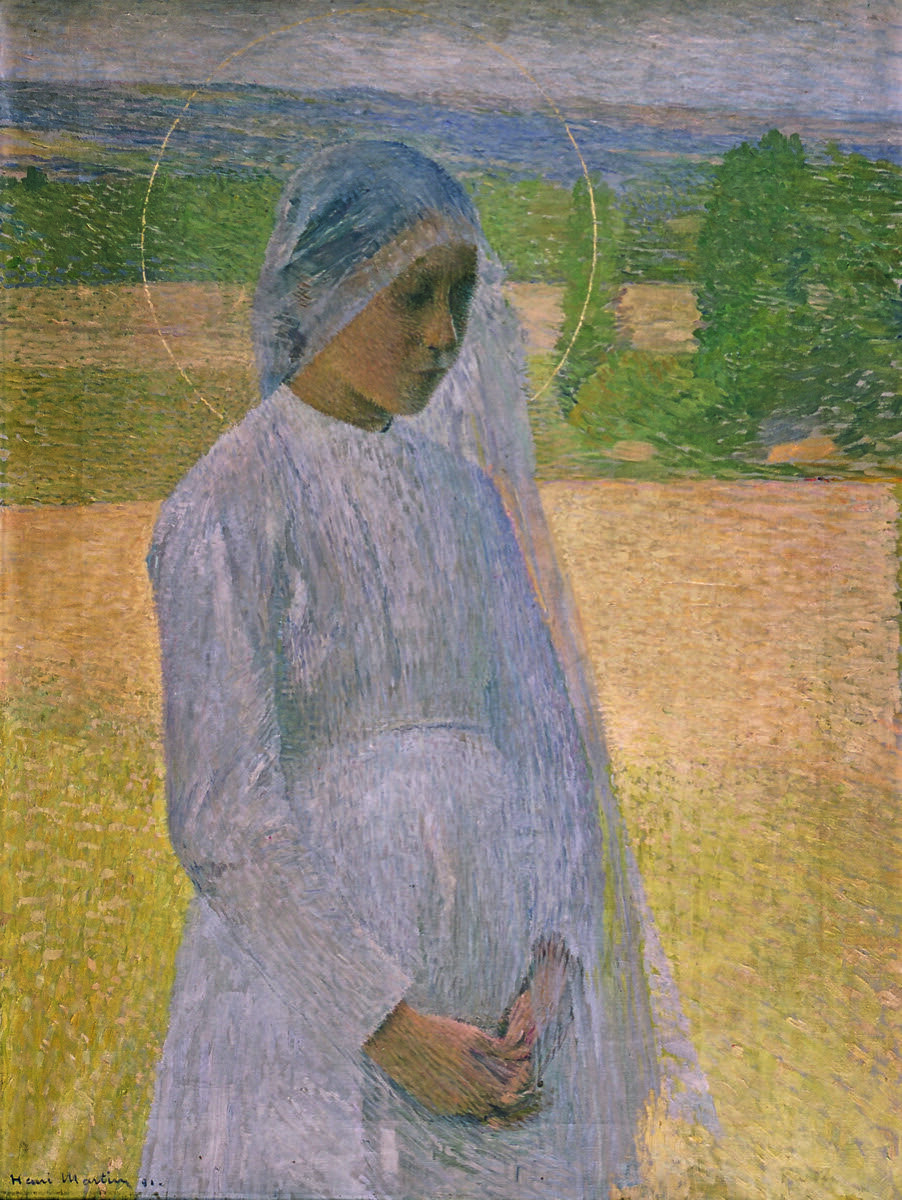 Artists who showed at the salons painted reductive female stereotypes, like the menacing, sexualized female demi-god of Jean Delville’s The Idol of Perversity (1891) or the graceful and pure female figures clad in classical white robes who appear in the blue light of an evening pond in
Alphonse Osbert
’s Songs of the Night (1896). And women artists were banned from exhibiting their work altogether—though, as Greene notes in the exhibition catalogue, women quietly and successfully submitted work under male pseudonyms.
These rules were imposed by Péladan himself, whose “velvet glove...contained an iron hand,” Greene writes. In a manifesto, the Rose + Croix leader outlined clear guidelines for his followers: artistic subject matter should dwell on the stuff of myth and legend, dreams and narratives, fairy tales and religion. The material world prized by
Realist
artists like
Courbet
and
Impressionists
like
Manet
, and the
history painting
so long revered by the French academy, had no place at the Salon de la Rose + Croix.
Though Péladan placed strict parameters on the salons, the artists shown there were often eclectic in both style and content. Some curious outliers included
Félix Vallotton
’s flat, graphic woodcuts, some of which portrayed scenes from everyday life, or
Charles Maurin
’s The Dawn of Labor (L’aurore du travail), (ca. 1891), which depicts a striking social allegory that the artist said was about the imagined revenge of miners. 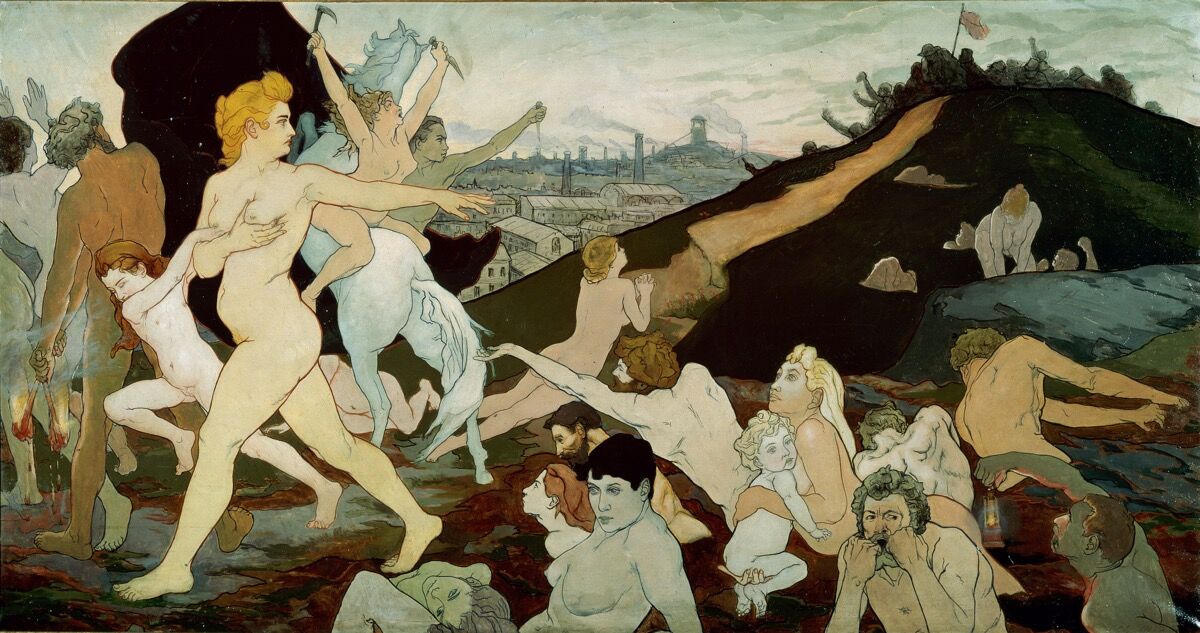 But a reverence for the classical and
Renaissance
periods surfaced throughout the salons, as did a concern with spiritual experience and religious faith above all else. These concerns were in step with the spiritualist revival that Jean-David Jumeau-Lafond notes in his catalogue essay was underway at the time, in reaction to the Enlightenment philosophies and rapid development of industrial societies and urban centers that had roiled the 18th and 19th centuries.
The final Salon de la Rose + Croix took place in 1897. Criticism and ridicule of Péladan’s project had grown, and the Rosicrucian leader struggled to absorb the financial burden of the annual event. This briefly notorious and idiosyncratic offshoot of Symbolism and the Rosicrucian faith has since fallen into relative obscurity—at least within the American narrative of Western art history.
However, as Greene and the art historian Kenneth E. Silver note in the catalogue, the artists of the Rose + Croix were in many ways forerunners to 20th-century icons like
Mondrian
and
Kandinsky
, with their beliefs in the spiritual potential of visual language. Moreover, the multidisciplinary, all-consuming environment that Péladan imagined for his salons looked forward to the immersive, experiential installations so prevalent in today’s art world.
And while the presence of feeling and spirit was anathema to the objective orthodoxies of many 20th-century modernists, the past several years have seen the return of the occult and mystical once more, as artists again look to transcend the disappointments of our material age.
Tess Thackara
Related Stories 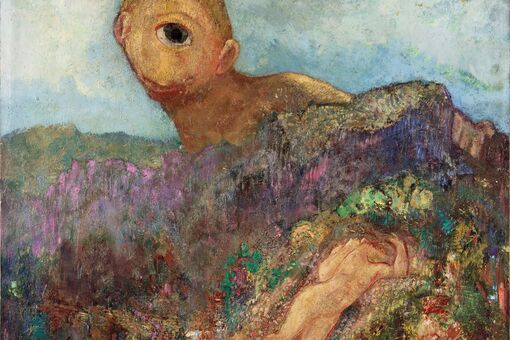