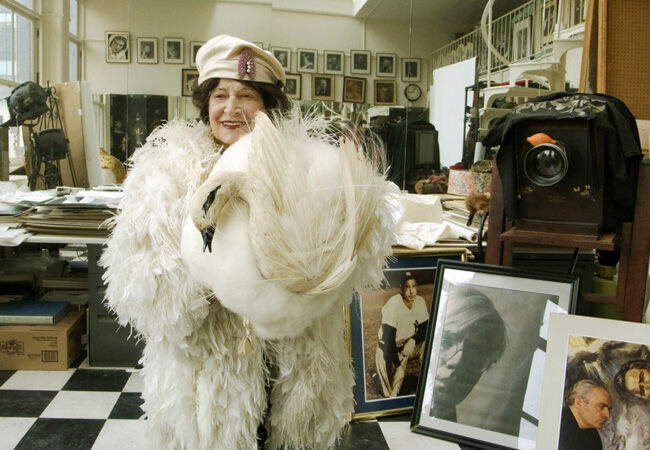 For 61 years, photographer Editta Sherman, who lived to be 101, worked and slept in a rent-controlled studio apartment high above Carnegie Hall. There, donning feather-accented costumes and dark red lipstick, she photographed an impressive cast of creatives—from Charlton Heston and June Carter Cash to
Andy Warhol
and Tilda Swinton. All this she accomplished, by and large, on her own.
“She was a woman in a man’s world, and a woman who succeeded at what she did in a man’s world,” says Marilyn Kushner, curator of “The Duchess of Carnegie Hall: Photographs by Editta Sherman” at the New-York Historical Society. The retrospective tells the story of Sherman’s bohemian spirit and unbounded tenacity—characteristics that helped her forge her own path through the male-dominated society of the mid-19th century, and a barrage of other challenges.
Sherman was born in Philadelphia in 1912 to Italian immigrant parents. Her father, Nunzio Rinaolo, was a wedding photographer who taught her the intricacies of his craft from a young age. But it wasn’t until years later that she put his lessons to professional use.
In 1935, Sherman married a man by the name of Harold. She promptly produced five children and stayed at home with her brood while her husband earned a healthy living. But when his diabetes diagnosis took a turn for the worse and he could no longer work, it was up to Sherman to keep the family afloat. Searching for a solution, she turned to her dormant photography skills. 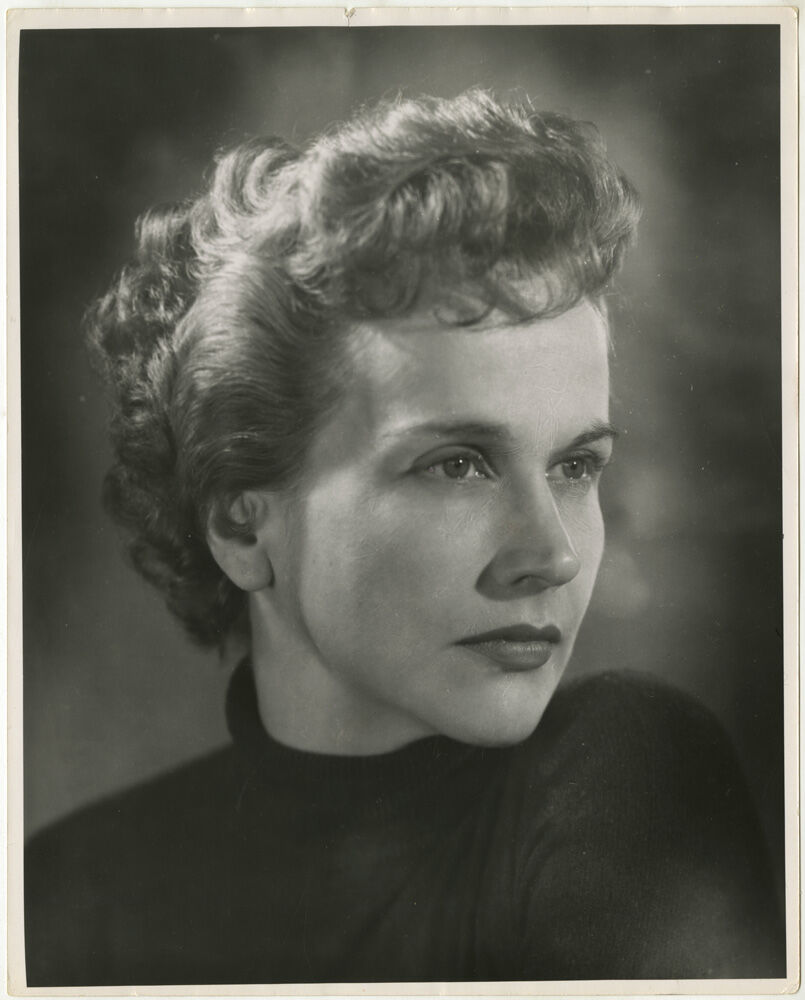 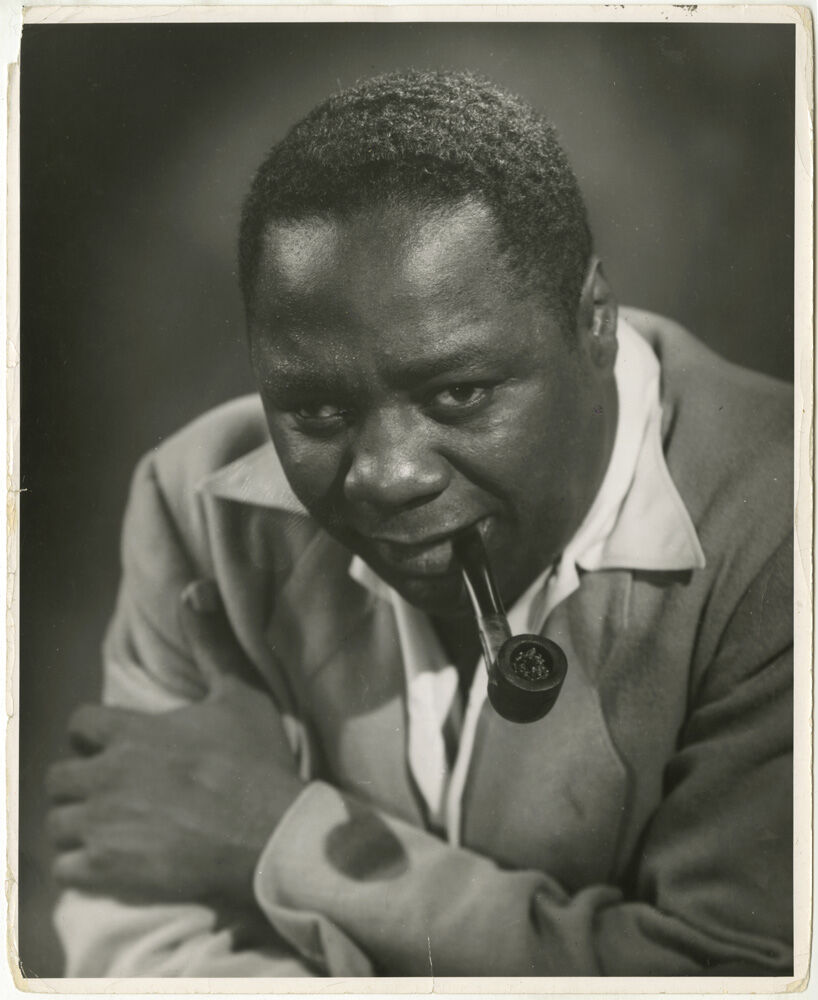 At the time, the family lived on Martha’s Vineyard, and it was there that Sherman established her first studio. Her roadside sign boldly advertised “Camera studies by Editta Sherman,” a rare female-owned enterprise during this era, though the studio began as a joint effort between the couple: He drummed up business in town, and Sherman worked her magic behind the camera for those he brought back.
Her favored subjects became the writers, actors, and artists who summered on the Massachusetts island, who were often in need of portraits for their book covers or playbills. Writer Max Eastman and actor Raymond Massey, two of her first sitters, spread news of Sherman’s talents and buoyant behind-camera personality to their communities.
But bringing in enough clients and money to buoy a family of seven proved to be a constant struggle. So when Sherman learned of an inexpensive studio opportunity in New York, situated right above the performing arts mecca Carnegie Hall, she and her family made the move. All seven of the Shermans, attended by no small amount of photo equipment, packed into the bathroom-less 20x30-foot studio.
There, in Studio 1208 at 881 7th Avenue, two blocks south of Central Park, Sherman established her famed portrait den, where she lived and worked from 1950 until 2010. But while the apartment was nestled in a thicket of potential clients, it came with its own issues.
Families were not allowed to live in the building and, when the Shermans were found out, Editta and her husband were “faced with a decision that no parent wants to make,” says Kushner. Reluctantly, they sent their children to a group home on Staten Island, where they could continue to support them through Sherman’s photography practice. But in 1954, Harold passed away, leaving Sherman with the studio to fund her family’s life on her own. 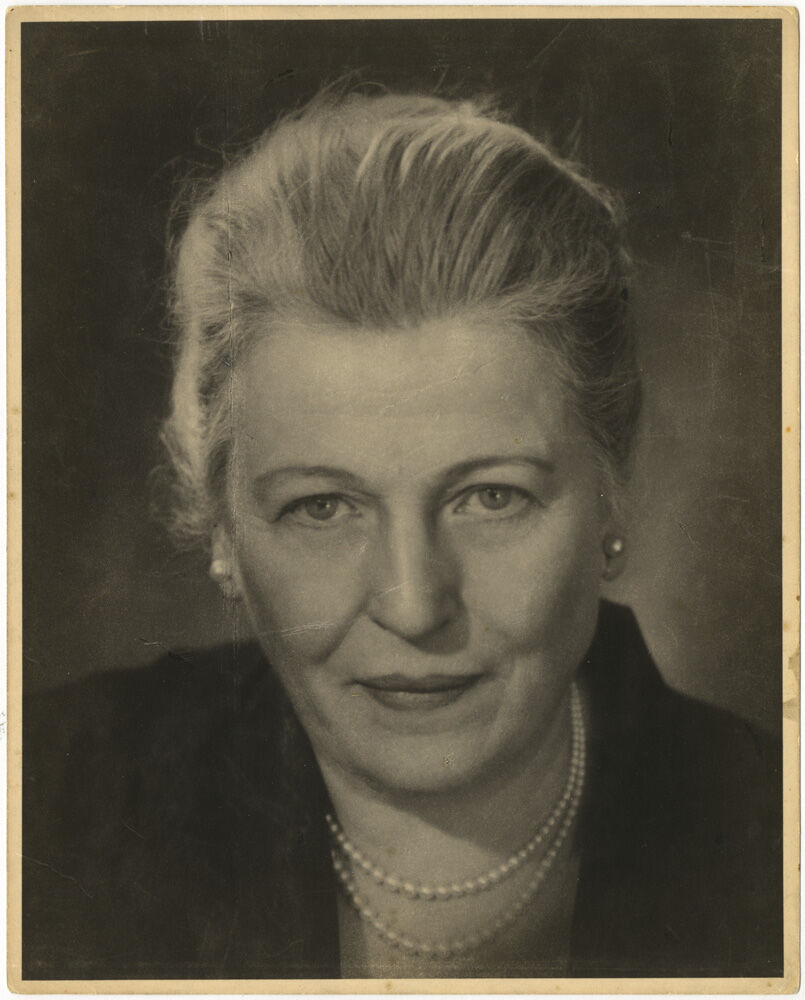 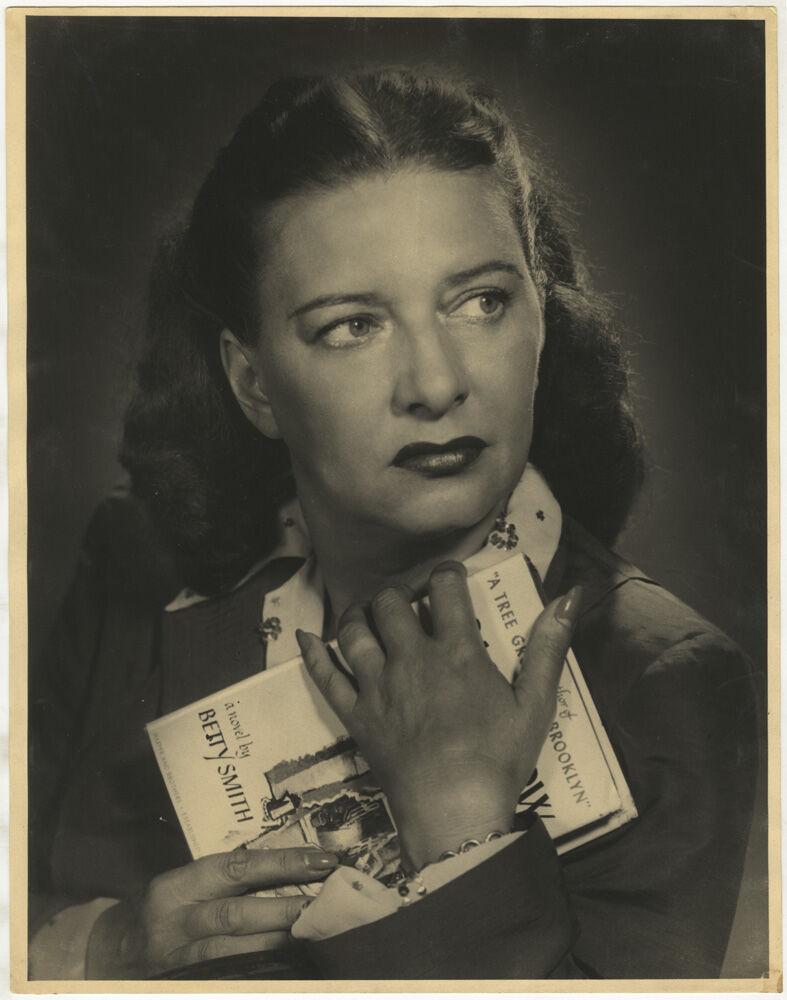 Advertisement
But Sherman did find a support system, as well as clients, in the community of artists who lived alongside her in the 170 studios that filled the upper floors of Carnegie Hall. The legendary fashion photographer
Bill Cunningham
, in particular, became her friend, confidante, and collaborator. And countless actors, writers, journalists, and even the occasional sports star, would rotate through her loft to sit in front of her gargantuan 8x10 camera (this, too, is on view in the exhibition) and bask in the radiance of her irrepressible spirit.
“That was the magical part. That’s what subjects responded to,” Sherman’s friend and fellow photographer Josef Astor tells me, when I catch him at the New-York Historical Society, standing in front of the portrait Sherman snapped of his during the last years of her life. “She almost danced around the camera as she took photos.”
Her neighbor in Carnegie Hall, Astor had long wondered what it was like to sit for Sherman. He’d been in her apartment before, and seen the many photos of her “stars” (her favorite sitters) strung up on every surface. He’d witnessed the stately camera, resting in the middle of the space. He’d even eaten her famous lentils, which she’d bring to his studio along with a special portion for his pet parrot. But he’d never been her subject. “I was humbled,” her remembers. “Editta didn’t take many pictures in her later years, and she hadn’t lost her touch.”
In the photo, Astor holds a camera lovingly, and looks towards it with a half smile. His hands and his eyes take center stage. This is the case with all of Sherman’s photographs, which offer an intimate glimpse into each subject’s essence.
Not far from Astor’s portrait, author Betty Smith stares from one of Sherman’s striking black-and-white prints. Her elegant hands, topped with talons for nails, hold her famous novel A Tree Grows in Brooklyn tight to her chest. 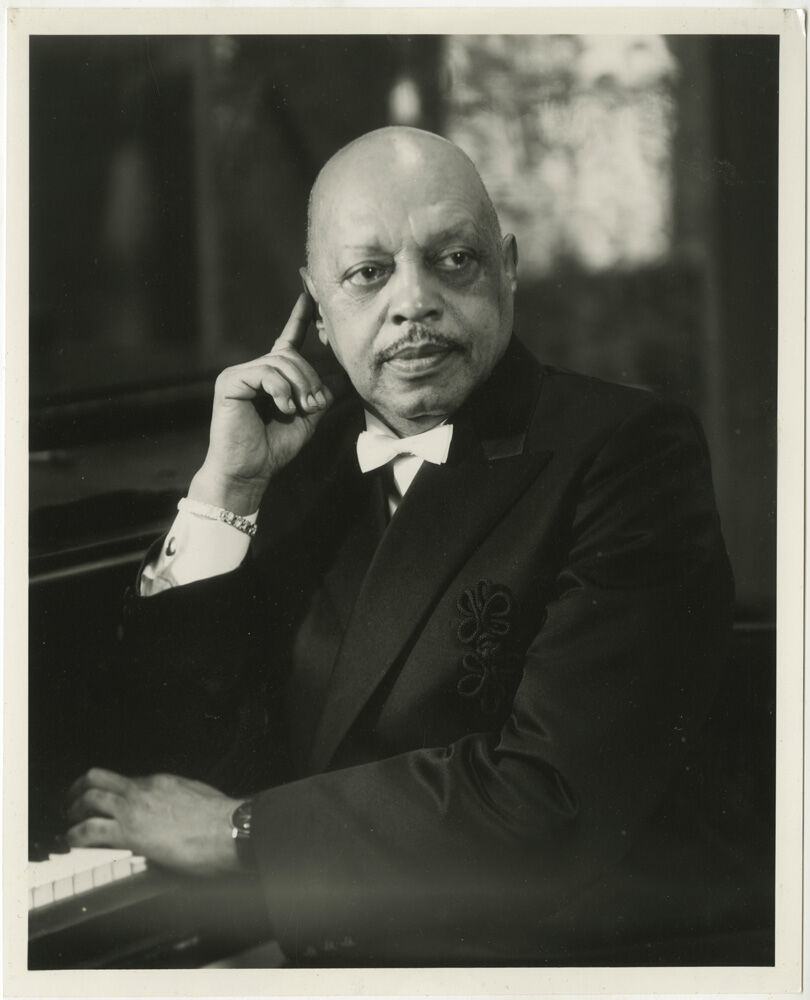 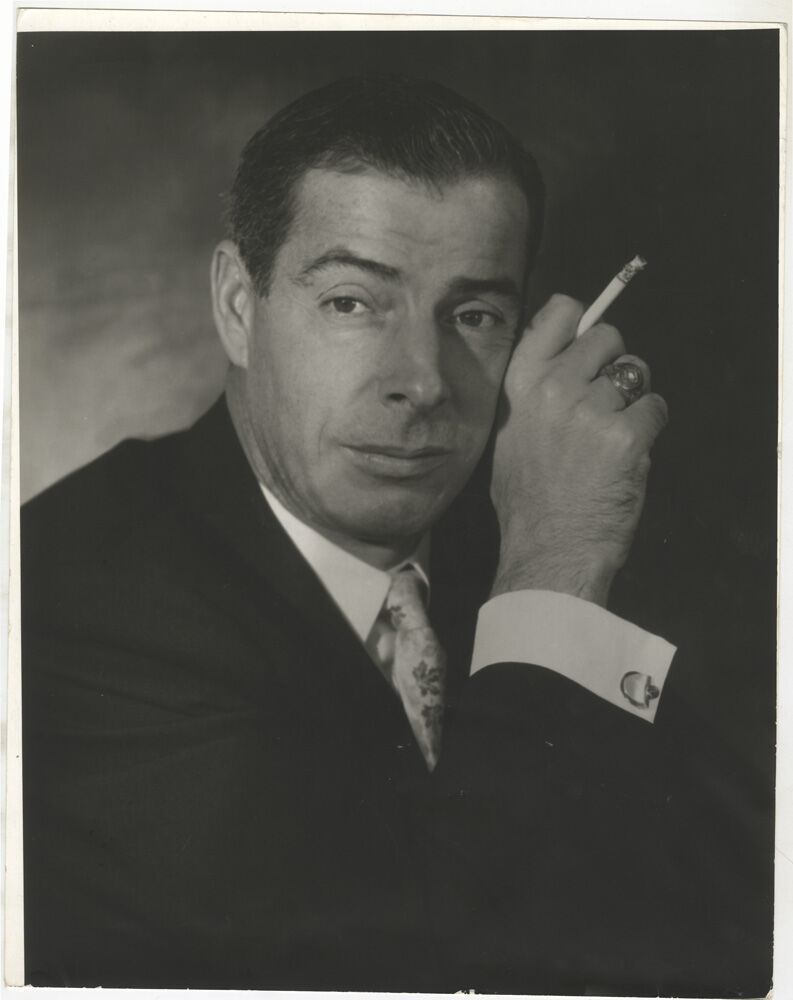 British playwright and author W. Somerset Maugham’s portrait is all eyes. Deep black pupils gaze out from behind a landscape of wrinkles that furrow his aging face. “We see that Editta has caught a few hard grains of time itself,” he once said of Sherman’s work. “Life is something pinned down by light and time. Her portraits are forever.”
The 60 portraits that fill the “The Duchess of Carnegie Hall” certainly prove Maugham’s statement: They preserve the expressive faces and observant eyes through which the greatest luminaries of the 1940s, ’50s, and beyond saw the world. But more than Sherman’s ability to capture her sitters at their most relaxed, content, or vulnerable, they reveal her unique personality: the joy she found in creativity, her craft, and the people who surrounded her.
“Her subjects didn’t sit for her, they sat with her,” Kushner tells me. “What you see on their faces is oftentimes a reflection of what she’s saying to them and how she’s photographing them. So there’s that bit of Editta in every single one of these photographs.”
While it might be difficult to glean Sherman’s contagious élan from the portraits alone, Kushner made sure to include elements that offered a more rich picture of the photographer’s charisma. There is a vibrant, ornately patterned Bill Blass dress, from which Sherman removed the feather cuff to wear as boa. There are also three of her signature hats, one made for her by Cunningham.
And most striking, there are two films that feature Sherman not as the artist, but the star. The first, assembled by Astor with outtakes from his documentary Lost Bohemia (2011), about the lives of Carnegie Hall’s last remaining residents, shows Sherman waltzing giddily around her apartment in an ever-replenishing supply of hats, and blowing out the candles on a birthday cake that marked her 97th year. “She was the figurehead. She was the duchess. She was really the spirit of the place,” Astor remembers.
Nowhere in the exhibition is this made more clear than in a short film placed near the show’s entrance. We see a 50-year-old Sherman in an elaborate tutu as she rises on pointed ballet shoes and dances Russian choreographer Mikhail Fokine’s “The Dying Swan.” Her body sways passionately through her studio, under the photographs of her “stars,” and it’s suddenly undeniable that Sherman was one of them.
Alexxa Gotthardt
Related Stories