Senga Nengudi Is One of 8 Visual Artists to Receive $50,000 USA Fellowship 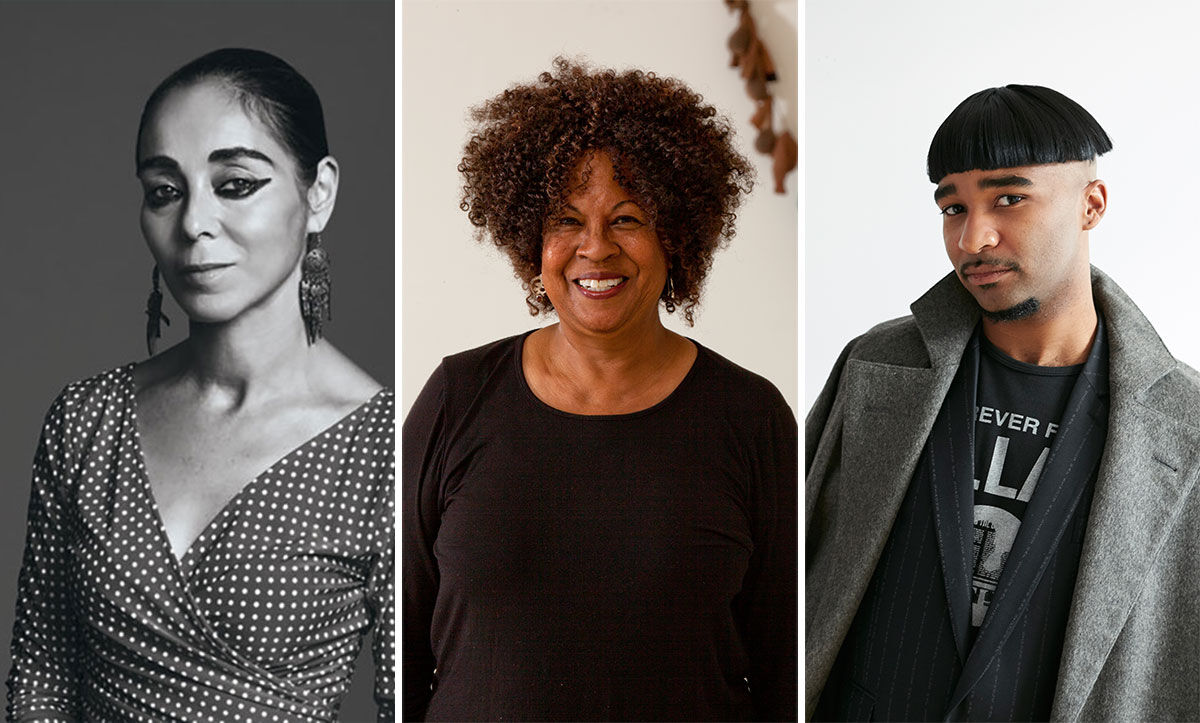 Today, United States Artists (USA) announced the 46 winners of its 2016 Fellowship Awards. This year, USA lists eight visual artists are among the recipients:
Charles Atlas
,
Senga Nengudi
,
Shirin Neshat
, Winfred Rembert, Laurie Jo Reynolds,
Beatriz Santiago Muñoz
,
Jacolby Satterwhite
, and
Stanley Whitney
(recipients like
Lynn Hershman Leeson
, Miranda July, and Yvonne Rainer, while not categorized as visual artists, are also among the winners). Each of them will receive a $50,000 no-strings-attached award to use however they see fit.
As in years past, the recipients hail not only from the visual arts, but also from numerous other artistic fields, including dance, literature, and music, and are chosen by a panel of experts. According to the decade-old organization, the winners are honored for their “creative accomplishments” and to bolster “their ongoing artistic and professional development.”
The winners in the visual arts category capture a relatively broad swath of the art world, in terms of gender and racial diversity as well as practice, with everything from abstract painting to video art represented. One of the more established visual artists to receive the award is Nengudi, whose practice stretches back to the 1960s and ’70s. “I happened to be standing when I received the phone call,” Nengudi told me via email. “When informed of my win, my shrieks could be heard throughout the house and possibly beyond! I was in complete disbelief!” 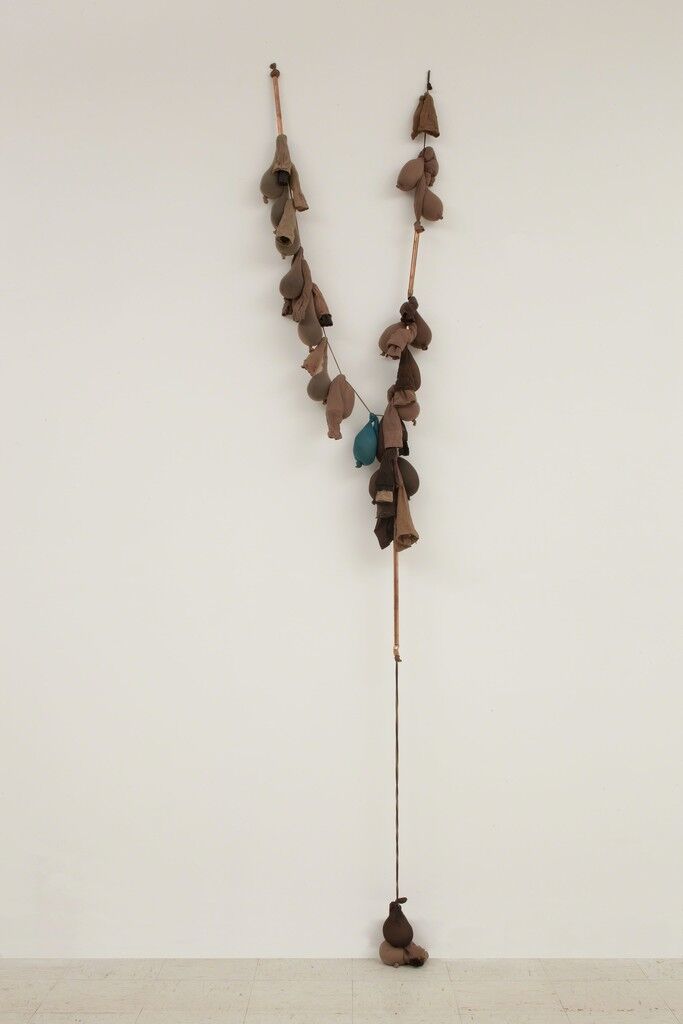 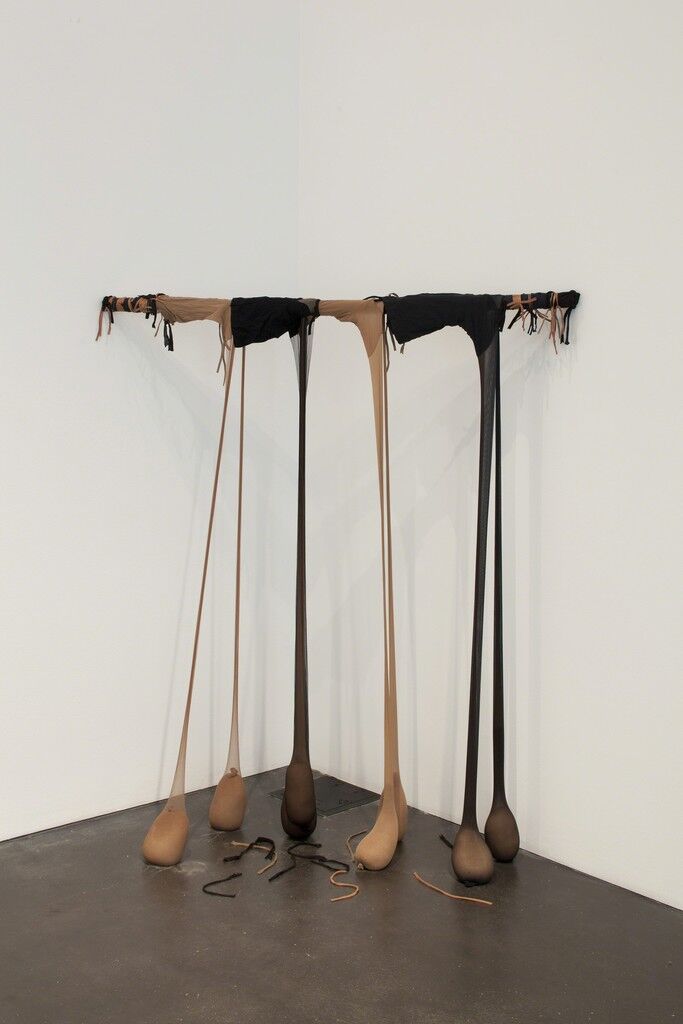 Senga Nengudi
Untitled, 2011
White Cube
Nengudi is best known for her “R.S.V.P” series (1975–present), through which she explores the body from its biological substance to issues of racial identity. Developed in the 1970s and restaged frequently since then, the series consists of nylon pantyhose forms, filled with sand and moored to gallery spaces. Serving as both sculptures and performance props, Nengudi or other performers will often engage with the pieces by tugging and stretching them, or twisting through them.
The works have been exhibited and activated in numerous museum shows, including “Now Dig This!: Art and Black Los Angeles 1960–1980” at the Hammer Museum and “Radical Presence: Black Performance in Contemporary Art” at the Contemporary Arts Museum Houston. In her earliest days, Nengudi exhibited at Just Above Midtown Gallery, a space for avant-garde African-American artists, including
David Hammons
and
Lorraine O’Grady
.
“I’ve yet to decide specifically how the money will be used,” Nengudi said over email. “Certainly I will use it on projects that can manifest my artistic vision, and ideally as an extension to be part of the healing process of our people, our country and our world. High hopes for sure. But from my mouth to God’s ear.” Reflecting on how she plans to address the current political and social climate in the United States, Nengudi responded with a Terry Tempest Williams poem penned the day after the election: “I look forward to ‘[flooding] this country with an integrity of purpose and patience and persistence capable of cracking stone,’” Nengudi wrote.
This year marks USA’s 10th anniversary. Over the course of that time, the organization has given more than $24 million to almost 500 artists. Previous winners in the visual arts category include
Wangechi Mutu
,
Coco Fusco
, and
Carolee Schneemann
. This year’s winners will be honored at a ceremony in Chicago in March 2017, where the artists will be able to work with local not-for-profit organizations and other groups that bring art to the community.
“By supporting American artists, USA is supporting creativity, free expression, and a strong, diverse culture,” Sunny Fischer, USA Interim President & CEO, said in a statement. “Our Fellows cross all ages, ethnicities, and stages in their careers. Each has a unique artistic voice that expands the creative environment of the United States. It is an honor to support these artists, contribute to their financial security, and to facilitate future works. We are encouraging the best of what American artists can achieve.”
Isaac Kaplan is an Associate Editor at Artsy.
Related Stories