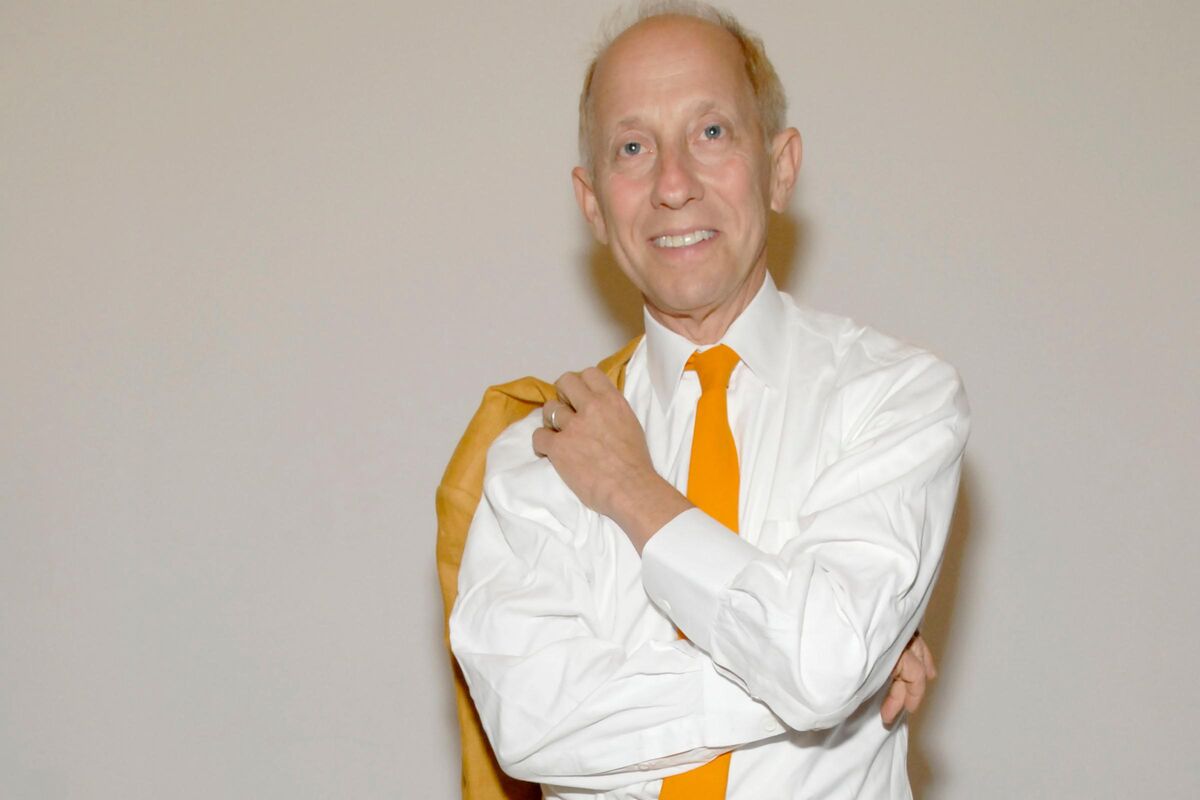 This is a developing story. Updates will be appended to the bottom of this post as they come in.
Knight Landesman, an art-world gatekeeper and longtime co-publisher of the influential trade publication Artforum, resigned on Wednesday, just one day after artnet News writer Rachel Corbett first reported allegations of sexual harassment made by several women and men against him.
The resignation came the same day former Artforum employee Amanda Schmitt filed a lawsuit in the Supreme Court of the State of New York against Landesman and her former employer, alleging that Landesman sexually harassed her for years while the magazine’s executives did little, despite being aware of his behavior, according to the complaint.
The 27-page complaint includes allegations from eight other women, who, though not plaintiffs in the case, said that Landesman harassed them as well. Since the suit was filed Wednesday, more women have come forward to artnet News to recount their own experiences with Landesman, a figure the New York Times described as “a pillar of the international art scene, a man-about-town known from the galleries of Manhattan to the Art Basel fair in Switzerland for his primary-colored suits and deep connections in the industry.”
The allegations against Landesman include public groping, lewd emails, and requests for kisses and backrubs, as well as professional retaliation when his advances were rebuffed. “Landesman engages in unlawful sexual harassment and retaliation, preying upon young women and using Artforum’s power within the industry as leverage to empower himself and harm and silence others,” the complaint said.
In response to inquiries from artnet News, Artforum posted an official statement on its website on Tuesday, noting “we required that Mr. Landesman attend therapy, and took companywide steps to address any workplace transgressions” and describing Schmitt’s claim for damages as an “attempt to exploit a relationship that she herself worked hard to create and maintain.” It has since announced that it will form a task force of women at the magazine to investigate working conditions at the publication.
“In the past days, we have met with our staff and they have told us that Knight Landesman engaged in unacceptable behavior and caused a hostile work environment,” Artforum said in a statement posted on its website on Wednesday. “We will do everything in our ability to bring our workplace in line with our editorial mission, and we will use this opportunity to transform Artforum into a place of transparency, equity, and with zero tolerance for sexual harassment of any kind.”
Michelle Kuo, the publication’s editor-in-chief for over seven years, resigned last week. “I resigned because I felt that, in light of the troubling allegations surrounding one of our publishers, I could no longer serve as a public representative of Artforum,” she wrote in a statement provided to ARTnews. “Though I may continue to advise the magazine through its transition, my final date as an employee at the magazine was [Thursday].”

Schmitt’s suit charges that Landesman and Artforum violated New York City’s Human Rights Law, and is seeking $500,000 in damages, among other relief. The court documents provide a precise and and public accounting of Landesman’s harassment of her and several other women. The complaint charges that “unwelcome sexual attention” from Landesman began shortly after Schmitt joined Artforum in 2009, when she was 21 years old, as a circulation assistant—her first real job. Landesman summoned Schmitt to his office after she was hired, asking her a series of personal questions while “touching her, uninvited, on her hips, shoulders, buttocks, hands, and neck.”
“Because Schmitt was so young and had never worked in an office before,” the complaint reads, “she was uncertain how to fight back and uneducated about how to do so.” Landesman continued his unwanted physical contact even as she repeatedly rejected his advances. Landesman also sent lewd messages to Schmitt, which continued after she left the publication, including rebukes for unreciprocated sexual advances. One message, sent in the summer of 2013, asked if Schmitt was “ready to make it a bit physical,” according to the complaint.
The unwanted sexual advances sometimes followed important professional invitations from Landesman, the complaint charged. In one incident from March 2013, Landesman invited Schmitt to an Artforum dinner attended by influential members of the art world. There, the complaint reads, he proceeded to touch her “without consent in this public setting, degrading her in front of potential clients and employers.”
Landesman later sent an email giving Schmitt a “B- on your delivery to me,” adding that “I obviously haven’t fully explained to you in a way that you can absorb and resonates [sic] exactly what I am trying to say.” The message is signed “A Kiss.”
Court documents include another email sent in 2013 while Schmitt was searching for a new job, Landesman asked, “are you making yourself climax Amanda? How often? Or I can’t ask that inside your boundaries?” According to the complaint, Landesman continued to harass Schmitt even after she explicitly asked him to stop sending her messages.
“I fully recognize that I have tested certain boundaries, which I am working hard to correct,” Landesman said to artnet News in an email ahead of the publication of its story Tuesday. “I have never willfully or intentionally harmed anyone. However, I am fully engaged in seeking help to insure that my behavior with both friends and colleagues is above reproach in the future.”

Other women in the complaint described a similar pattern of harassment. In one account included in the document, Landesman asked Elisabeth McAvoy, a 22-year-old Artforum employee who was sharing a bedroom with her sister, why she didn’t move so that her sister could masturbate herself to sleep. Another woman’s account said Landesman publicly humiliated her at a dinner in late 2012 after she did not give him the backrubs he requested.
In an account from May of 2016, Landesman promised to introduce writer Valerie Werder to her idol, art critic Chris Kraus, at an art industry gala if Werder would “stand by his side all night,” according to the complaint. After asking Werder a series of sexually explicit questions, including “whether her boyfriend was satisfying her,” he introduced her to Kraus, the complaint states.
“After making the introduction [Landesman] grabbed her buttocks and squeezed them the entire time that Werder was speaking to Ms. Kraus, one of her professional idols and the person she most wanted to meet at the event,” reads the complaint, which adds that after Landesman subsequently set up a lunch between Werder, Kraus, and himself, he sent Werder an email reading “A lunch! And after I beat you a little on you[r] ass.”
“While their stories suggest a pattern of harassment, it remains unclear if they can be considered as corroborating evidence since some of the accusers never worked for Mr. Landesman,” according to the New York Times.
Another account in artnet News shows how the consistency and seeming acceptance of Landesman’s behavior had the effect of minimizing it. Landesman invited curator Zoe Larkins, who was interested in writing for Artforum, to a surprise meeting at what turned out to be his empty apartment where he “kissed the back of my neck and my back,” she told artnet News. “I knew his behavior was inappropriate, but I assumed, because his reputation for such behavior was so well known and, it seemed, accepted, that it wasn’t more than that.”

In June of 2016, Schmitt met with Artforum co-publishers Charles Guarino and Danielle McConnell, showing them messages that Landesman sent, according to the complaint. “Though he professed to be horrified, Guarino admitted that Schmitt’s complaint was not the first he had heard of Landesman sexually harassing young women,” the document reads.
The complaint said that Guarino and McConnell promised action, and denied none of her allegations. Guarino said that he would work to ensure “whatever may have transpired never happens again,” according to an email filed with the suit. Despite the promise, Schmitt’s complaint details continued harassment from Landesman, including one incident in which he interrupted a public dinner she was having with her boyfriend, an artist and a Bard College faculty member (who is also a regular Artforum contributor), proceeding to “defame, demean, and humiliate her.”
In June of this year, Schmitt hired an attorney who sent a letter to Artforum and Landesman, demanding that Landesman cease the harassment. The letter asked both the publication and Landesman to make a donation to a charity supporting women in the workplace, and that they pay her legal and therapy bills and institute structural changes to ensure nothing similar occurs in the future, according to the complaint.
According to the complaint, while negotiations proceed, “Artforum held a mandatory meeting with all of its New York employees in which it stated that it was likely to soon be the subject of a lawsuit based on Landesman’s behavior. In this meeting, Artforum falsely told its employees that the potential plaintiff’s (i.e., Schmitt’s) claims were ‘unjust’ and that she had had a ‘consensual and non physical’ relationship with Landesman.”
The current suit was indeed filed after negotiations broke down over what the complaint calls the two parties’ “refusal” to make the donation and their insistence that Schmitt not speak publicly.
But, the complaint said, “Schmitt refused to be silenced.”
Isaac Kaplan is an Associate Editor at Artsy.

Artforum and Bookforum staffers signed an open letter, posted on the Artforum website, condemning the handling of the allegations against Knight Landesman by their own magazine’s management. “[We] repudiate the statements that have been issued to represent us so far,” reads the statement, signed by 44 staffers. “We are committed to gender justice and to the eradication of sexual harassment in the art community and beyond. We are now gravely aware of the work that needs to be done at our own publication, and call on the publishers to work with us to create radical and lasting change. There is much more to be said, and in the future we will be addressing these events in greater depth. Our intent right now is to state our position unequivocally.”