The Shade of Purple That Made the World More Colorful 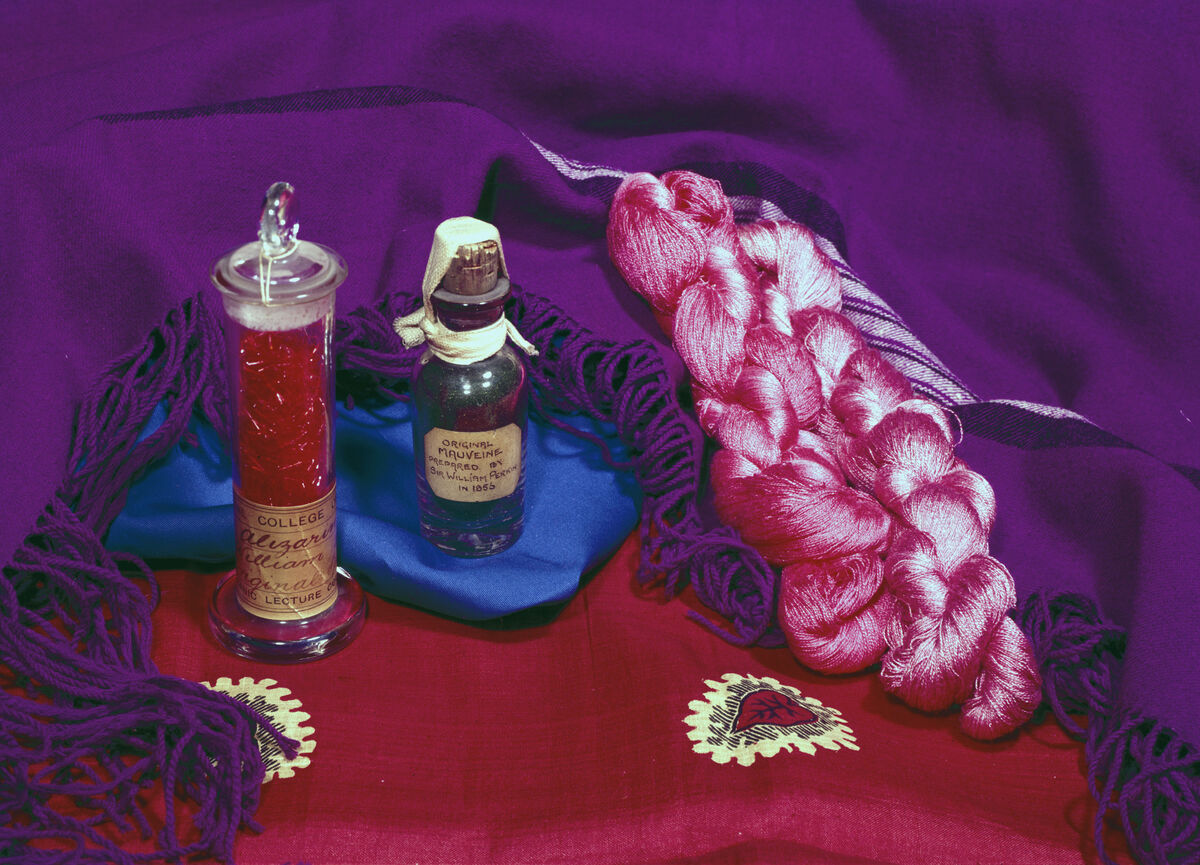 We live in a world so oversaturated with colors that it’s difficult to imagine a time before our walls bore yellow paint, our shirts blue stripes, or our bed sheets vibrant patterns.
But the world’s widespread embrace of mass-produced color is a relatively recent development; much of its advance is owed to the mistake of one amateur 18-year-old chemist working in his shoddy home laboratory in London. Sir William Perkin’s accidental discovery of the color mauve in 1856—and with it, the first aniline dye—transformed the world of fashion and influenced everything from food to photography, from medicine to military research.
Perkin did not set out to turn the world purple. In 1856, he was attempting to help cure malaria while studying at the Royal College of Chemistry. More specifically, he sought out to use thick, oily coal tar to artificially produce quinine, which, back then, was the sole, expensive cure for the disease. Perkin’s experiment accidentally yielded a bright crimson substance. He mixed it further, and it turned into a black goo. As he cleaned it out with alcohol, it turned a lustrous purple hue, which he used to stain a piece of silk cloth. Such was the first accidental use of modern synthetic dye.
Before Perkin’s discovery, dyes were produced from natural sources such as plants, insects, and minerals. These dyes were expensive and cumbersome to make, and faded quickly after laundering or sun exposure. Thus, wearing color was an unmistakable symbol of high economic status; the average person in the 1850s was typically clad in dull beiges and browns. 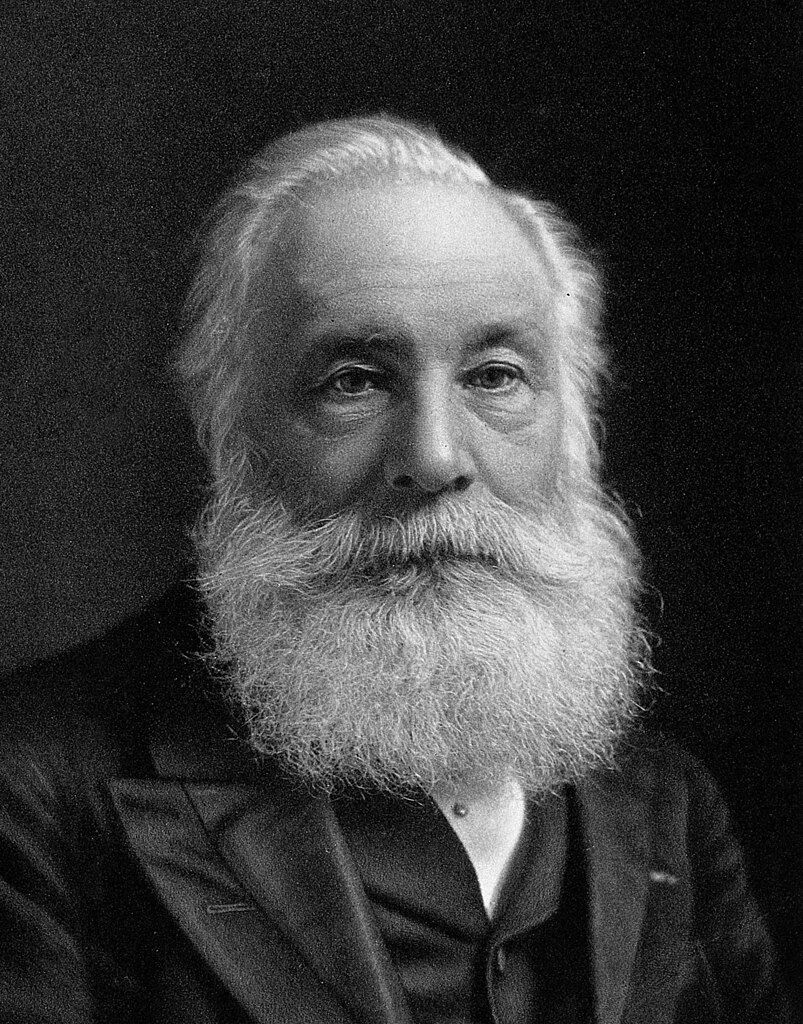 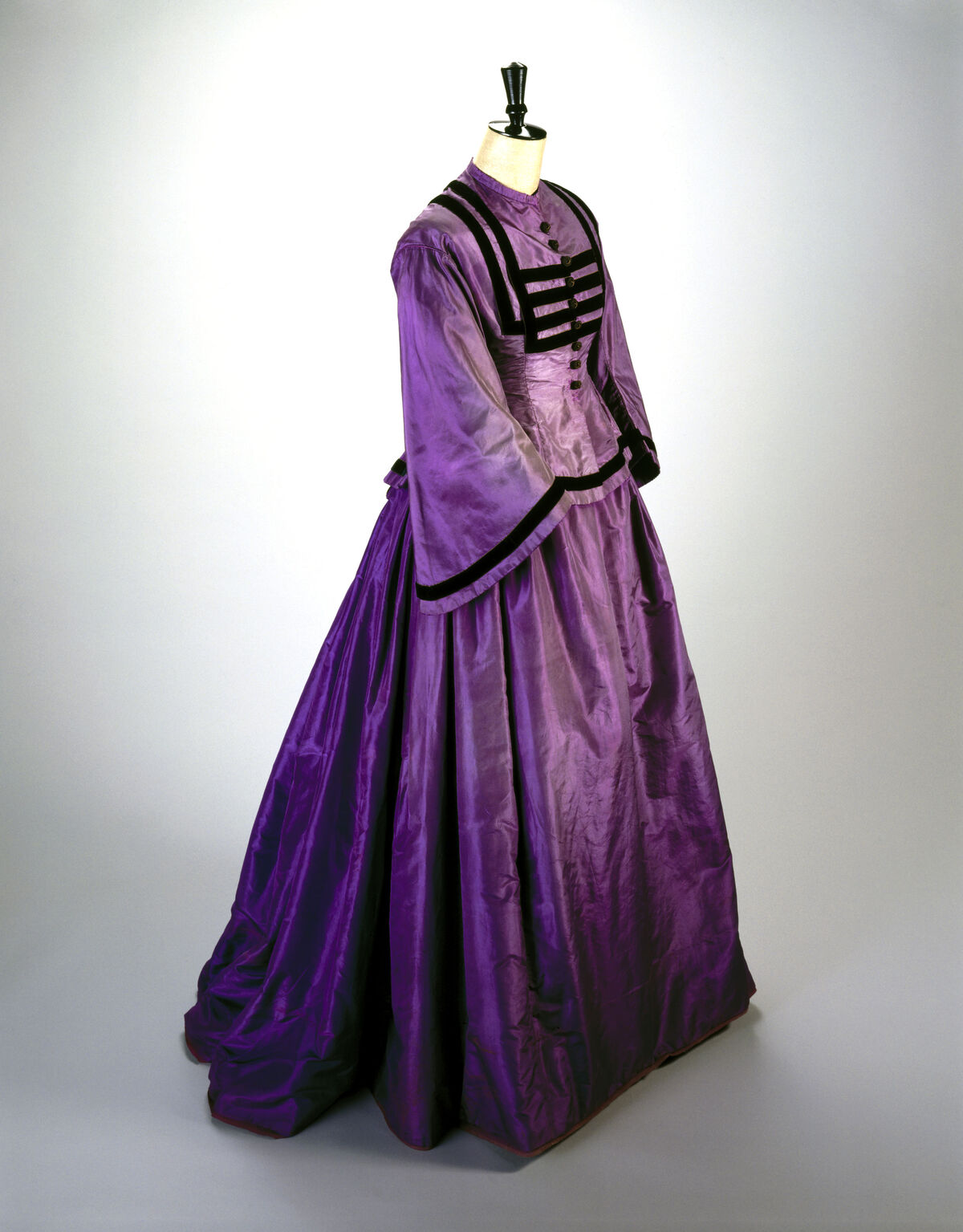 Purple, in particular, has always held a certain allure. In the ancient world, Tyrian Purple was by far the most coveted color, made from the mucus of a single type of sea snail. The king of Phoenicia deemed it the color of royalty, and Julius Caesar wore robes dyed Tyrian Purple on the Ides of March. The dye disappeared with the dissolution of the Roman Empire. As Dan Fagin writes in his 2013 book Toms River: A Story of Science and Salvation, “The deep reddish purple of Caesar and Heracles, hue of power and wealth, monarch of colors, was no longer in the dye maker’s palette.” It would remain that way for more than a thousand years.
Then along came Perkin. While aniline had been known to have color-producing qualities for more than 30 years, nobody had seriously pursued the subject with vigorous research; it’s possible that other chemists considered dye a superficial subject unworthy of serious scientific inquiry.
Perkin shared his discovery with a friend, Arthur Church, who encouraged him to pursue further research. Both men were passionate about painting, which may have enhanced their interest in the surprising hue. Very quickly, Perkin saw the potential of his discovery through an economic lens. He dubbed the color “mauveine” and soon opened a factory, in which he developed methods for dying silk, wool, and cotton, and later, calico and paper.
At first, fabric manufacturers were highly skeptical of his new methods. But time was on Perkin’s side. In 1857, Empress Eugénie—wife of Napoleon III and a highly influential fashion icon—took a liking to mauve; the following year, Queen Victoria wore a dress of the same hue to her daughter’s wedding. 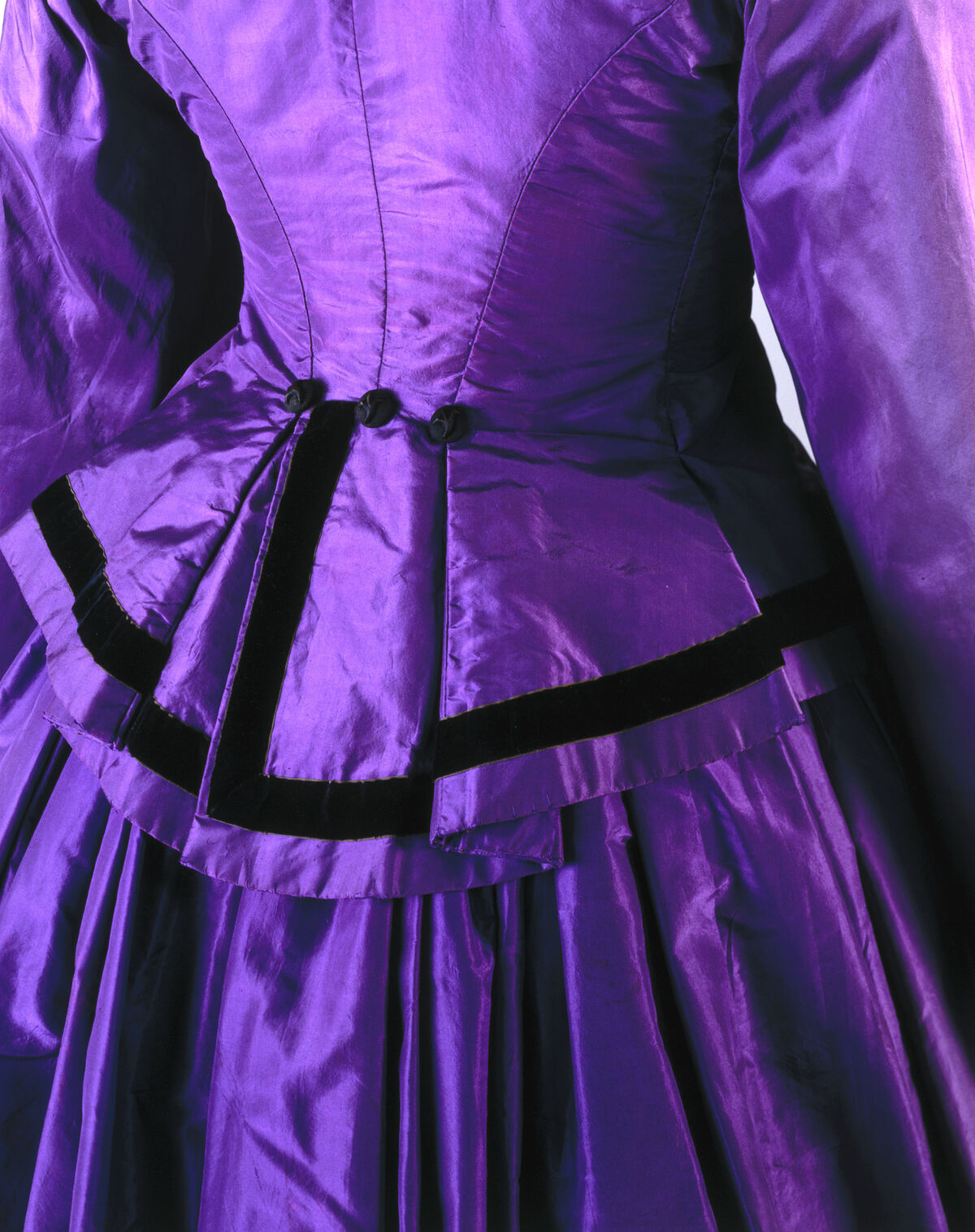 Advertisement
Europe was quickly swept up in a bona fide mauve frenzy, which the English journal Punch scathingly dubbed “The Mauve Measles” in 1859. The streets of Paris and London were a veritable sea of purple gowns, ribbons, fans, gloves, and slippers, worn by women of all classes. By 1860, Perkin’s dye was in demand everywhere from Amsterdam to Hong Kong.
Of course, no fad lasts forever. Other chemists took note of Perkin’s success and began inventing their own hues. After two or so years, mauveine was replaced by other colors of the moment—Manchester brown, Martius yellow, Nicholson’s blue. By 1956, the year mauveine turned 100, Perkin’s synthetic had inspired more than 100 unique colors.
For much of his life, Perkin lived in relative anonymity—a dedicated churchman, his accomplishments known only to chemists. Then, in 1906, mauve celebrated its 50th anniversary with an opulent jubilee, where many of the men wore mauve ties. King Edward offered Perkin knighthood, an honor he allegedly accepted with relative reluctance. He remained something of a celebrity until his death in 1907. 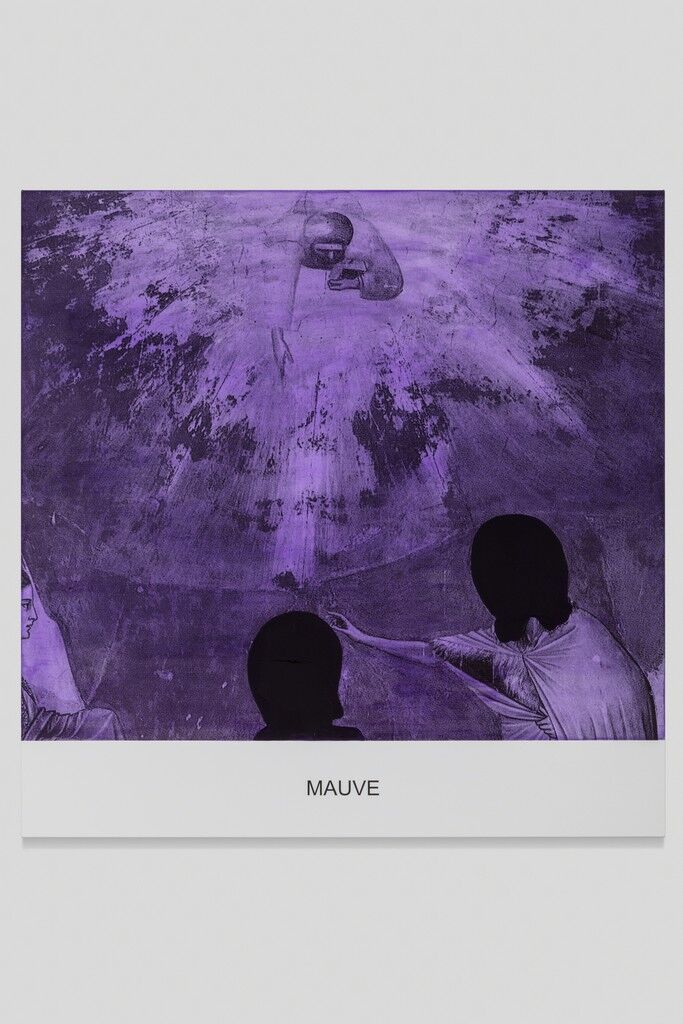 John Baldessari
The Purple Series: Mauve, 2016
Galerie Greta Meert
Perkin’s discovery had an ineffable impact on the world we see around us. The bright colors of painted billboards and patterned scarves are all but synonymous with modernity. As Nicholas Gaskill puts in his 2018 book Chromographia: American Literature and the Modernization of Color, “The shock of modern life required the brilliance of aniline.” The sheer range and intensity of artificially manufactured color embodied the oversaturation of budding mass consumer culture.
At the same time, the advent of cheap dye democratized color. While purple had once been the color of kings, members of all classes could now flaunt the hue, soon followed by hundreds of other synthetic dyes.
Color is so inextricable from our lives that we readily take it for granted. So the next time you pull on a vibrantly patterned shirt, consider tipping your brightly colored hat to the memory of Sir William Perkin.
Amanda Scherker
Related Stories

A Brief History of Living Coral, Pantone’s Color of the Year

A Brief History of the Color Pink 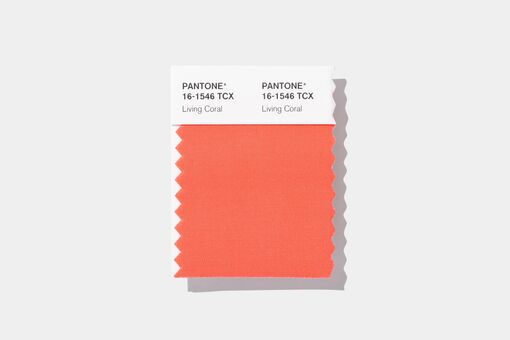 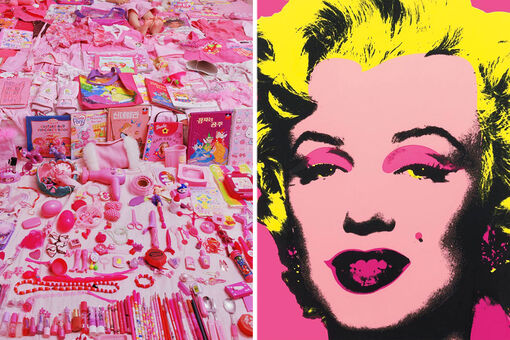 A Brief History of the Color Pink
Alice Bucknell
Nov 6, 2017 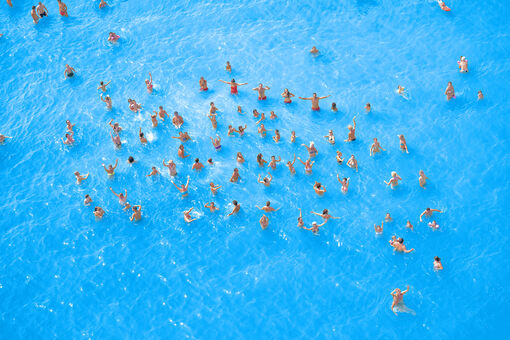 Why Blue Is the World’s Favorite Color
Abigail Cain
Aug 29, 2017