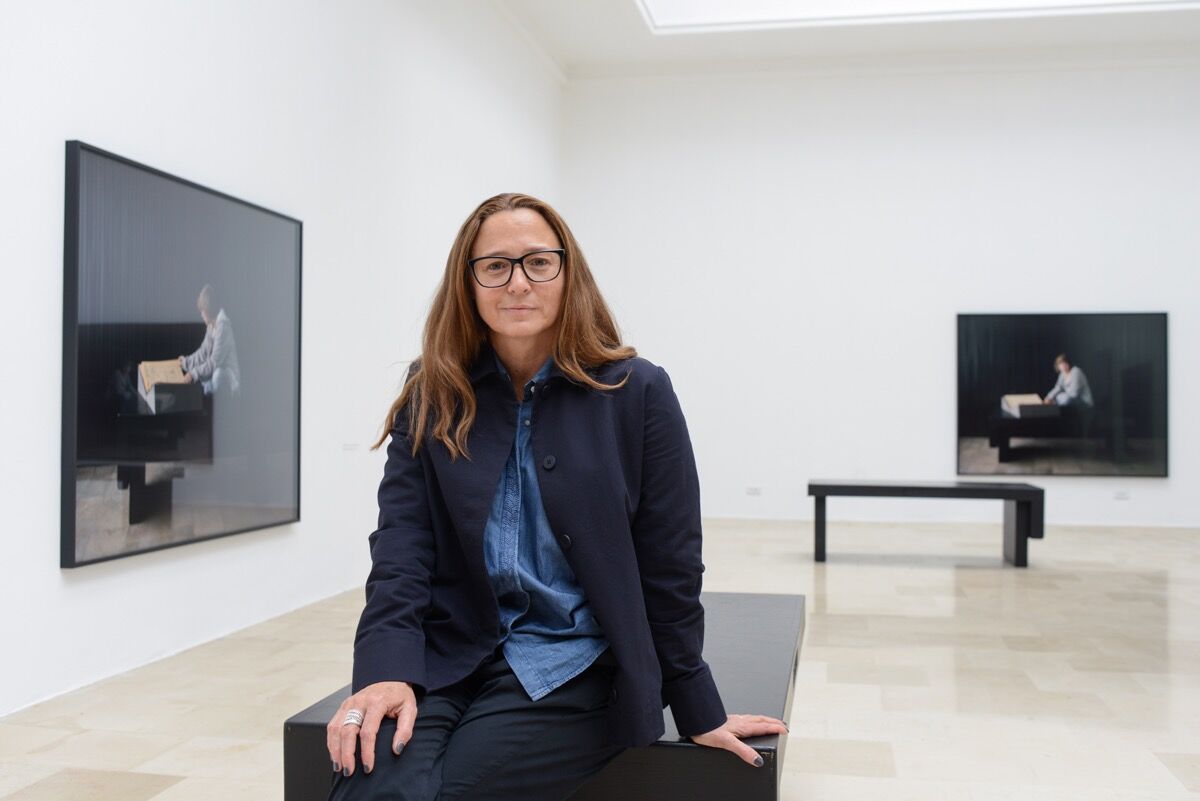 Portrait of Sharon Lockhart in the Polish Pavilion at the 57th Venice Biennale, 2017. Photo by Casey Kelbaugh for Artsy.

On October 9th, 1926, in a Jewish orphanage in Warsaw, a group of child reporters put out their first issue of Little Review, a supplement to the mainstream Polish broadsheet Our Review. Some 80 years after its last issue went out in 1939, this newspaper has found its way to the 2017 Venice Biennale.
At the Polish Pavilion, the American artist
Sharon Lockhart
is presenting a project that orbits around the little-known publication. The exhibition presents the first-ever English-language translations of Little Review alongside a new film and photographs by Lockhart, the product of ongoing work and friendship with the residents of the Youth Center for Socio-Therapy in Rudzienko, Poland, a state home for girls.
Little Review was the brainchild of the children’s advocate, pediatrician, and orphanage founder Janusz Korczak, who was instrumental in establishing children’s rights. He also served as the paper’s editor. In a first letter to its future readers, published on October 7, 1926, he outlined their mission. Little Review would consider all matters concerning young people and schools, including the following beats: football, cinema, trips, jokes and pranks, charades, and riddles. 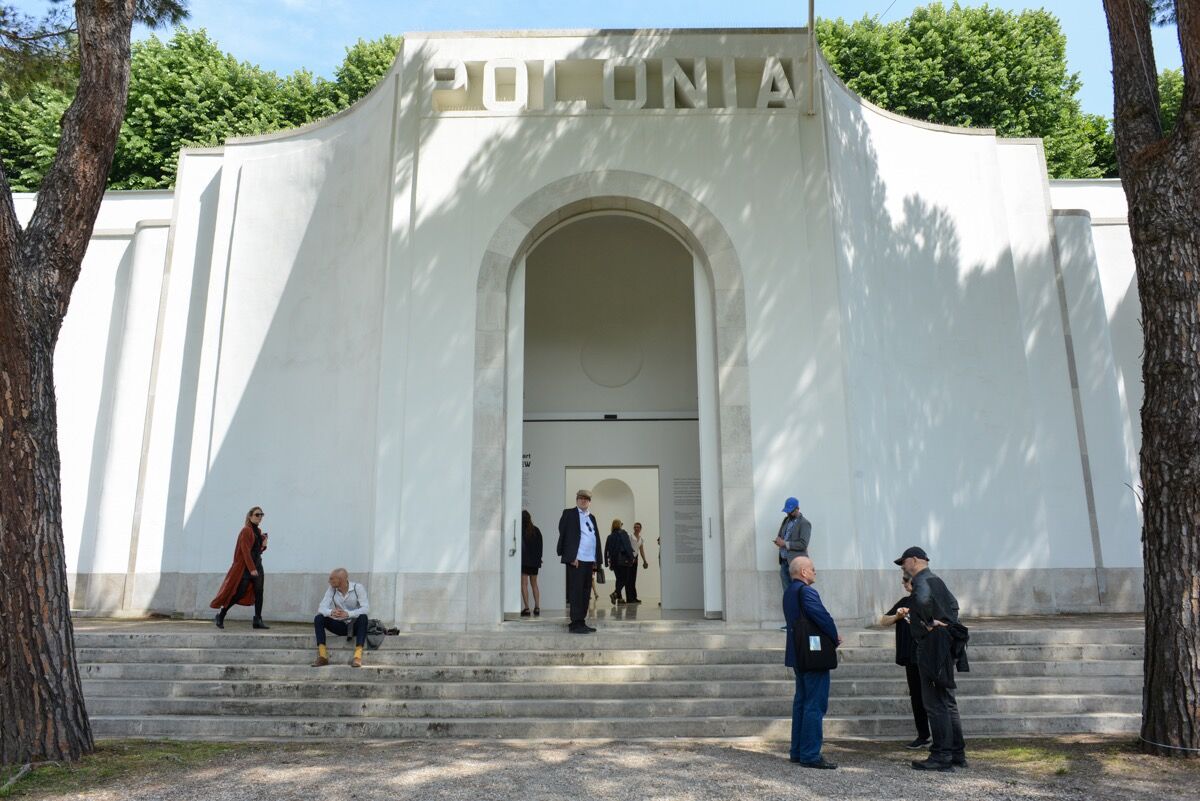 The Polish Pavilion at the 57th Venice Biennale, 2017. Photo by Casey Kelbaugh for Artsy.

“In that letter, Korczak welcomed any capable writer. No one was turned away,” Lockhart said. Among other stipulations, Korczak noted that the newsroom would have two waiting rooms, one for grown-ups and one for kids, and that it would have telephone lines open at all hours of the day to field the concerns of Poland’s youth. The paper, published twice a day, would always be edited with children’s best interest in mind. Another important guideline: “IN THE MORNING EDITION, THERE WILL BE A LOT OF PICTURES.”
Lockhart has been researching the heroic work of Korczak—who, during Hitler’s Third Reich, would decline rescue in order to accompany the children of the Warsaw ghetto on their journey to a Nazi death camp—for several years. And now, with the high-profile Venice Biennale as leverage, she’s finally been able to gain access to the 677 original issues of Little Review, publishing selections of that archive throughout the run of the show.
The Polish Pavilion project moves between this rich historical record and Lockhart’s present-day interactions with girls from the therapy center in Rudzienko, for whom she has assumed a Korczak-like mentor role. “This is a pavilion about young women in Poland right now,” Lockhart said, sitting outside of the space during the Venice Biennale’s press preview. “It’s a portrait of childhood.” 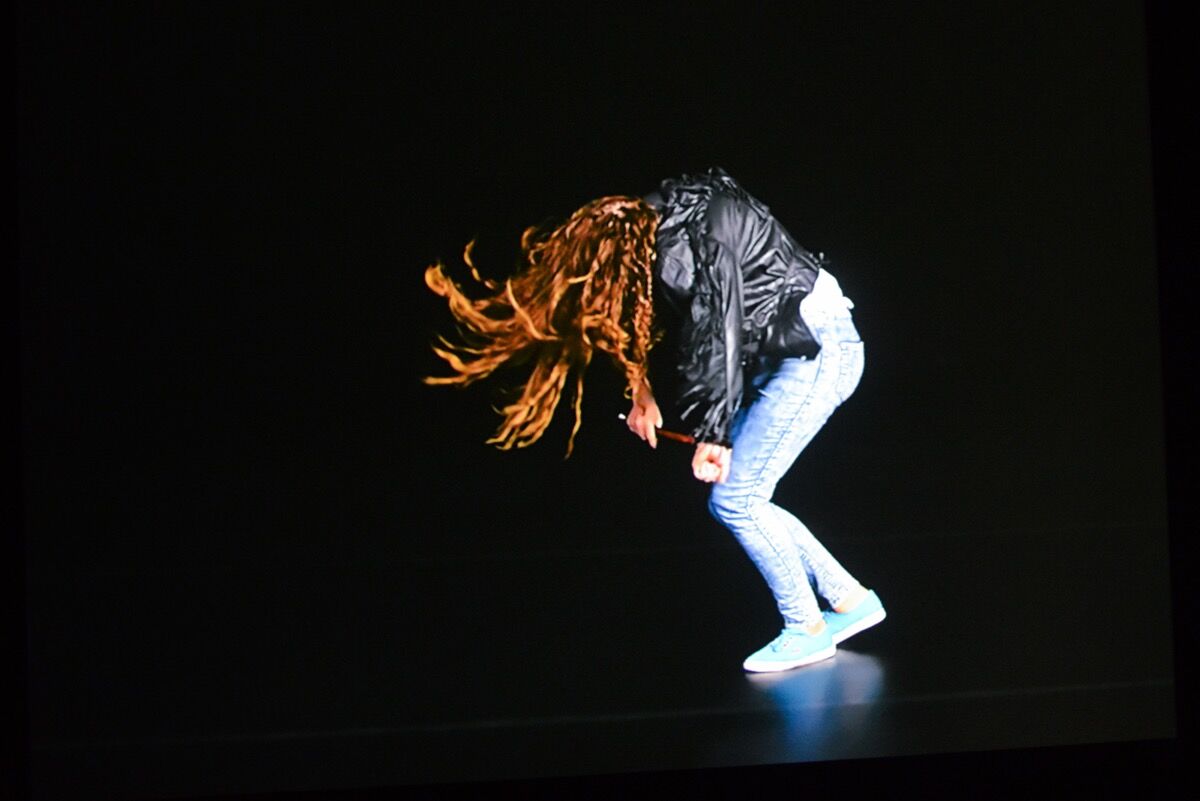 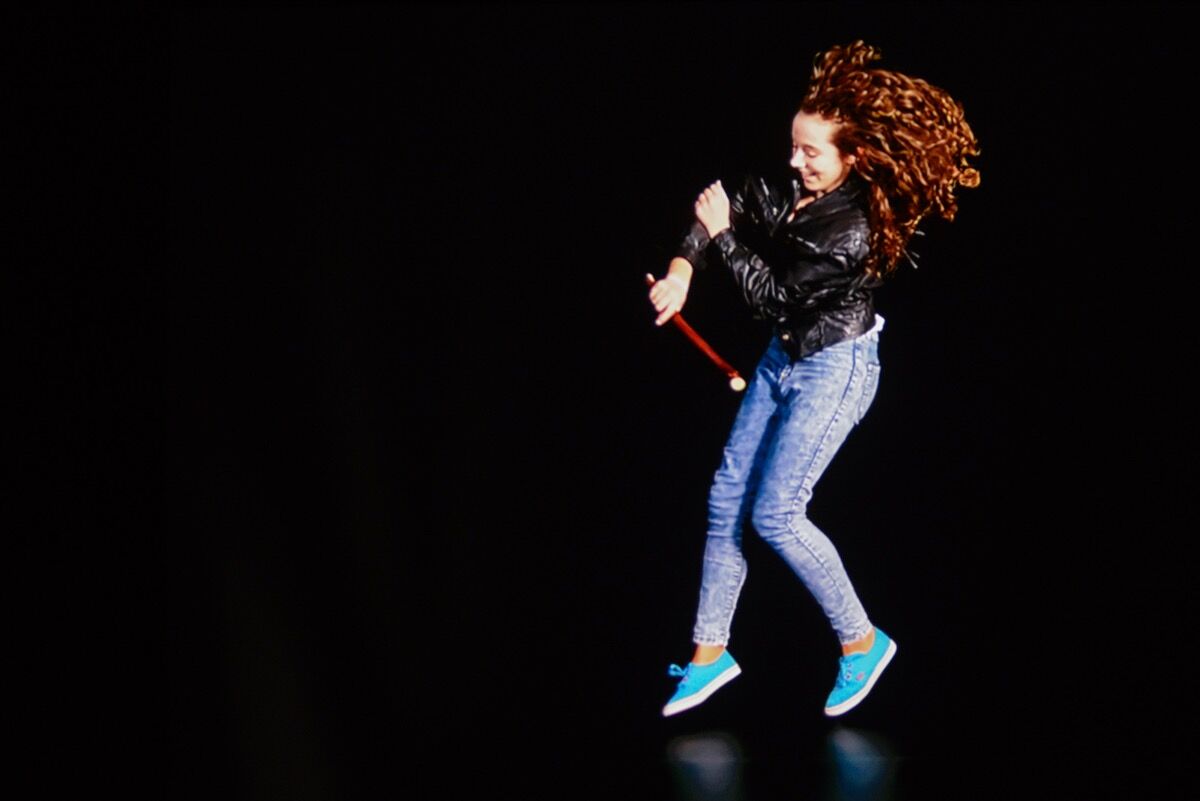 Advertisement
During a 2009 research trip, Lockhart met a nine-year-old, Milena Slowinska, who became something of a muse for the artist. “When she was 12, Milena was moved into different homes, and she ended up in Rudzienko in 2013,” said Lockhart. “I developed workshops for her and her friends at the center because she told me she wanted to write a book about her life.” Those workshops led to “Milena Milena,” a 2015–16 exhibition at Gladstone Gallery, and Lockhart’s 2016 film Rudzienko, which was exhibited at The Arts Club of Chicago.
The ongoing relationship continues inside the white-stone Polish Pavilion in Venice, where Lockhart has on view a stack of translated Little Review papers and photographic and filmic portraits of the Rudzienko girls. In addition to making periodic visits to see the girls in Poland, and organizing regular workshops for them, Lockhart also involved them deeply in her research of the groundbreaking kids’ paper. (They helped her select specific issues for the pavilion.)
Four large-scale photos in the pavilion show two of the girls reading original copies of the paper. An accompanying film features eight of them in a black proscenium space. In one scene, five girls, dressed in casual clothing (a Justin Bieber t-shirt, a sweatshirt with “Brooklyn” emblazoned across it), act out gestures and repeat words—“Love,” “Hate,” “Hope,” and “Cry”—that they selected from letters they wrote to Lockhart.
In another scene, a girl plays the piano while staring confrontationally into the camera. And in a third vignette, three girls dance ecstatically, the footage slowed down to capture in more detail their expression of empowerment and joy. 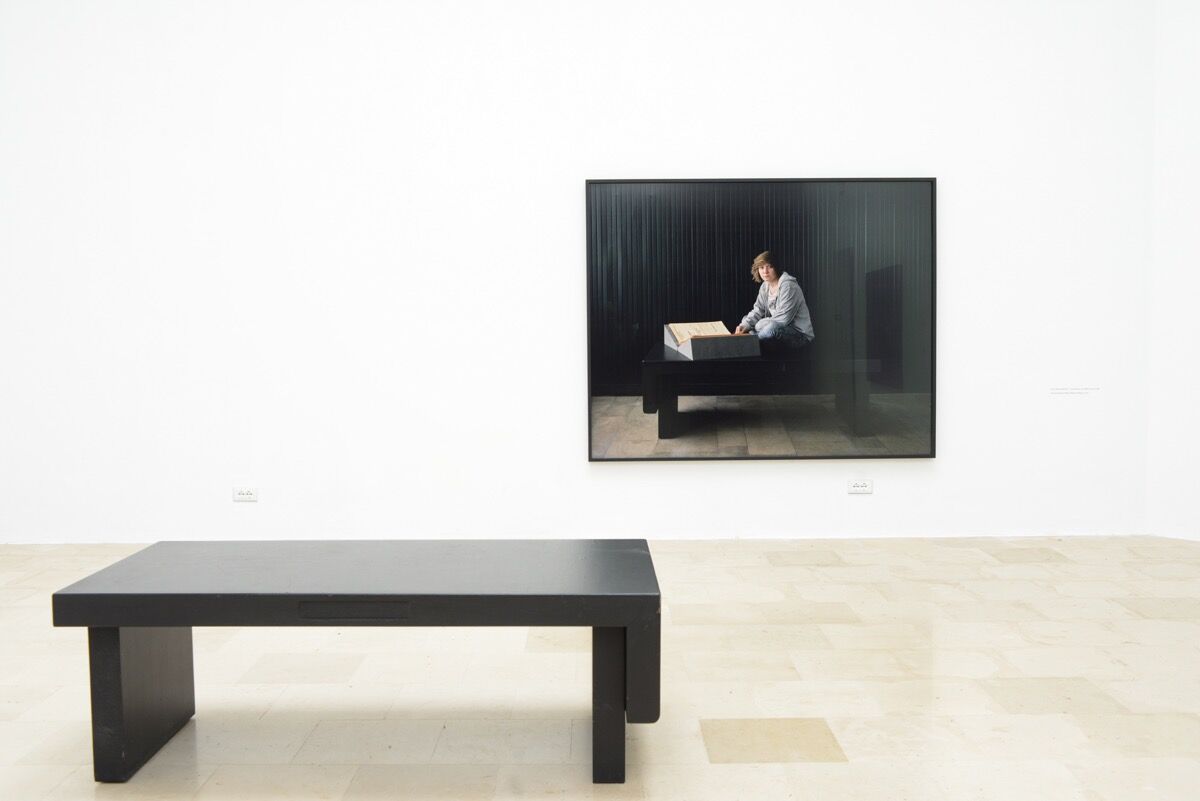 Lockhart, whose artwork has long engaged with working class communities, is particularly interested in giving young women a voice. She notes that she began work on the pavilion the day that Donald Trump was elected President of the United States, a reality that has put greater urgency behind women’s issues—which are also currently generating heated dialogue in Poland.
During the course of her project some of the girls have become poets, Lockhart said. One has a dream-log, for which she interviews people at the youth center about their dreams. Another has taken on the role of photographer for the group.
Lockhart has also developed an educational program for children with different nonprofits in Rudzienko, and hopes that the low-cost initiative will grow more permanent roots, rather than ending when the Biennale comes to a close.
The artist has organized lessons about feminism and women’s histories for the girls, including examining the relative lack of female representation at the Venice Biennale. (She notes that only a handful of women have represented America in its history.) And the artist has brought her young associates into contact with strong female role models, like the choreographer of the film and the editor of a women’s magazine. 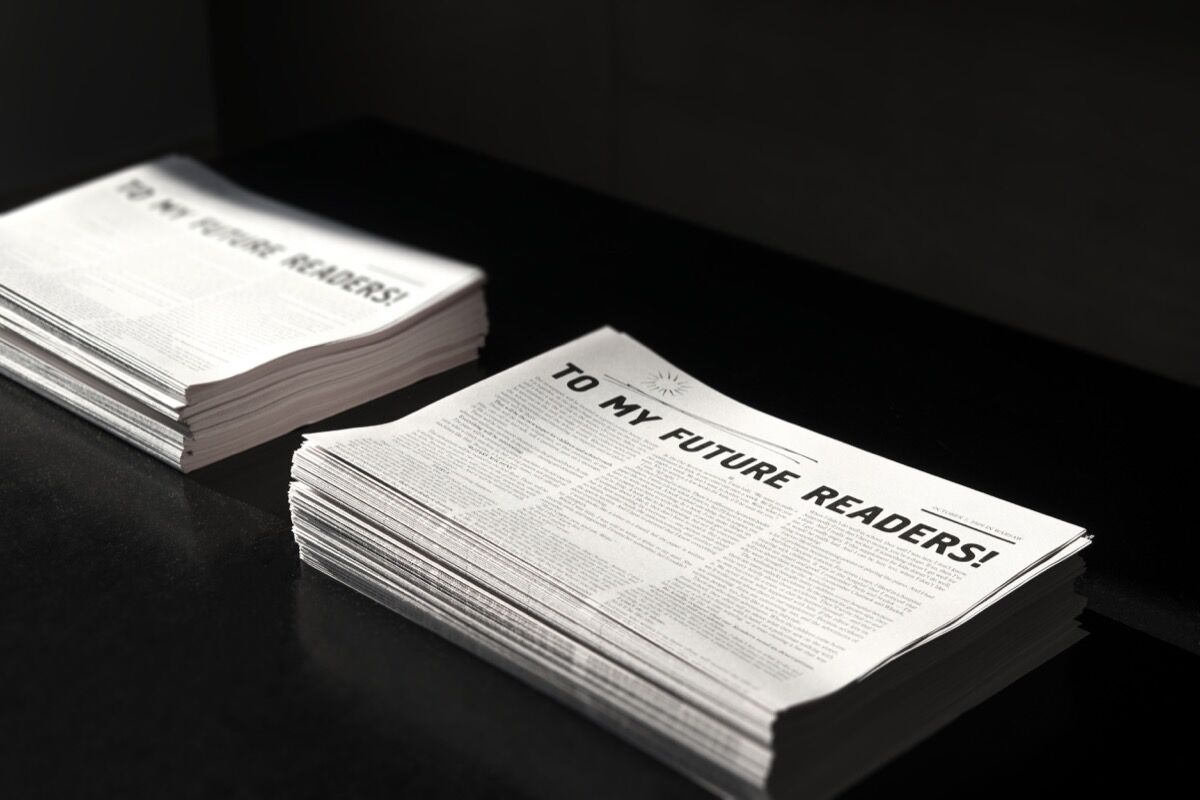 Installation view of work by Sharon Lockhart at the Polish Pavilion at the 57th Venice Biennale, 2017. Courtesy of the artist and Zachęta – National Gallery of Art, Warsaw.

The girls are also in the process of creating their own publication, to be distributed at the end of the Biennale. Like their predecessors from Little Review, the Rudzienko teens have issued their own newsroom policy: No adults can enter. Except Lockhart herself. And perhaps some animals.
The project is ultimately about collaboration in a larger sense. “When you don’t have a family, it’s kind of like ‘every person for themselves,’” Lockhart said. “The girls learned to trust each other, to believe in each other. That’s a life lesson everyone needs: How do you work together and listen to each other?”
Tess Thackara
Related Stories