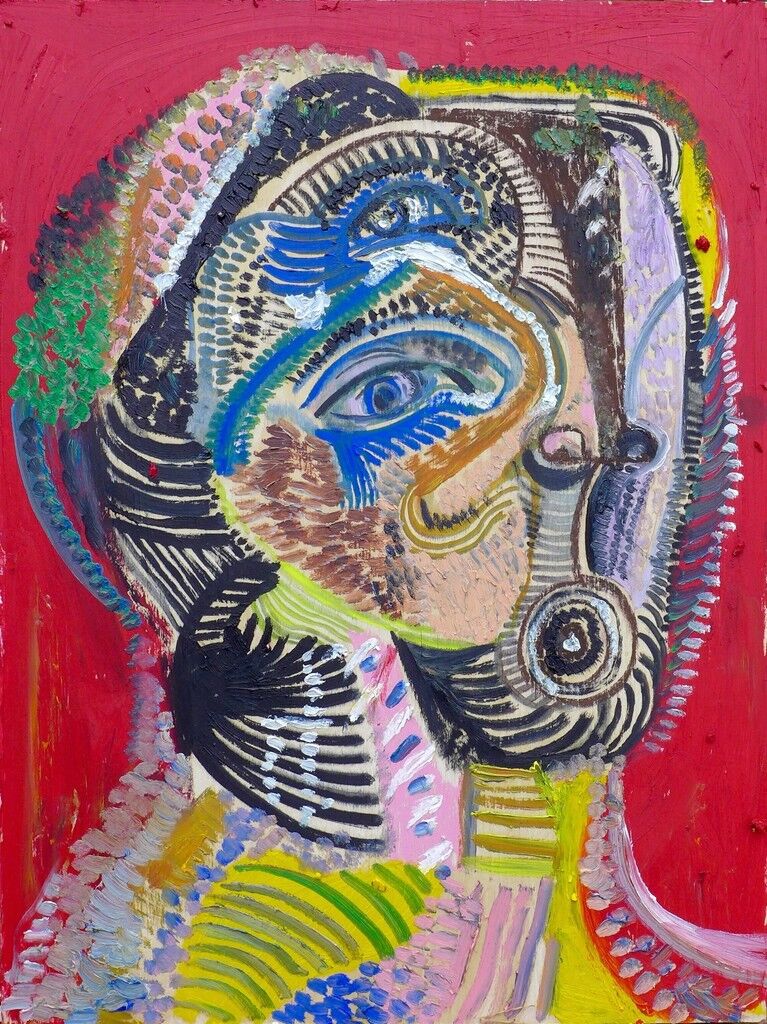 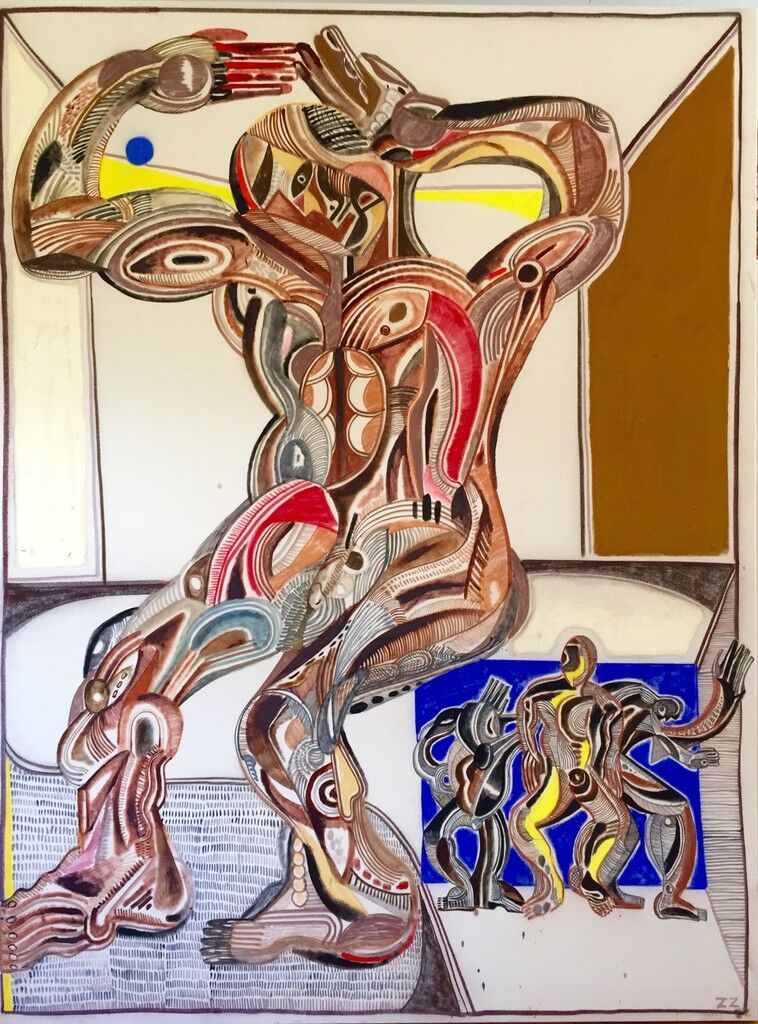 zio ziegler
The Psyche’s Gesture
Soze Gallery
In his native San Francisco, Ziegler has created dozens of murals on city streets—and inside the offices of tech companies like Facebook, Google, Lyft, and Medium. It goes without saying that his take on the art world is fresh and forward-thinking. “A lot of these companies, whether we like it or not,” Ziegler has said of the Facebook and Google set, “have the capacity to be the next Medicis. They can facilitate private museums and large-scale public projects.”
Zuckerberg as a Medici: it’s just one of many intriguing concepts Ziegler explores, be it through his extensive body of work or in interviews about his inspirations. Historical allegories, Eastern philosophy, tribal cultures, French modernism, Egyptology, references to children’s books—Ziegler is interested in it all. And he wants his work to be seen and considered thoughtfully. “A lot of my early influence in art came from graffiti,” he has said. “The idea of having the boldest spot, an interesting and provocative surface, the most visual traffic, and the fastest read for a piece while still maintaining complexity that doesn’t disappoint under scrutiny.” 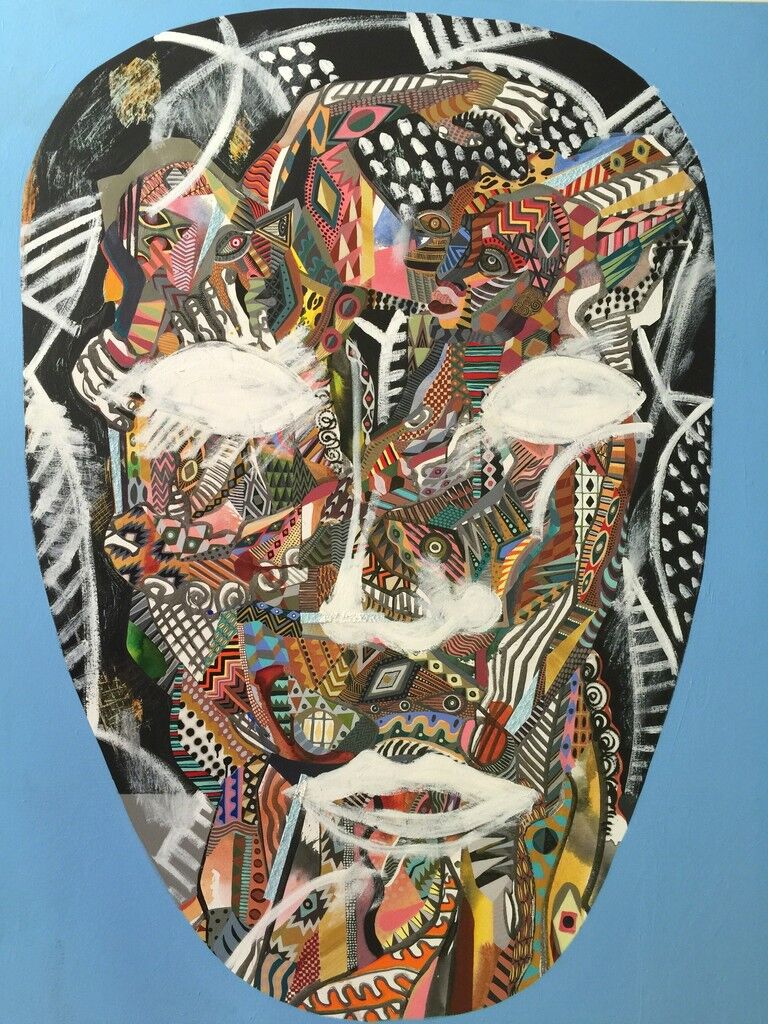 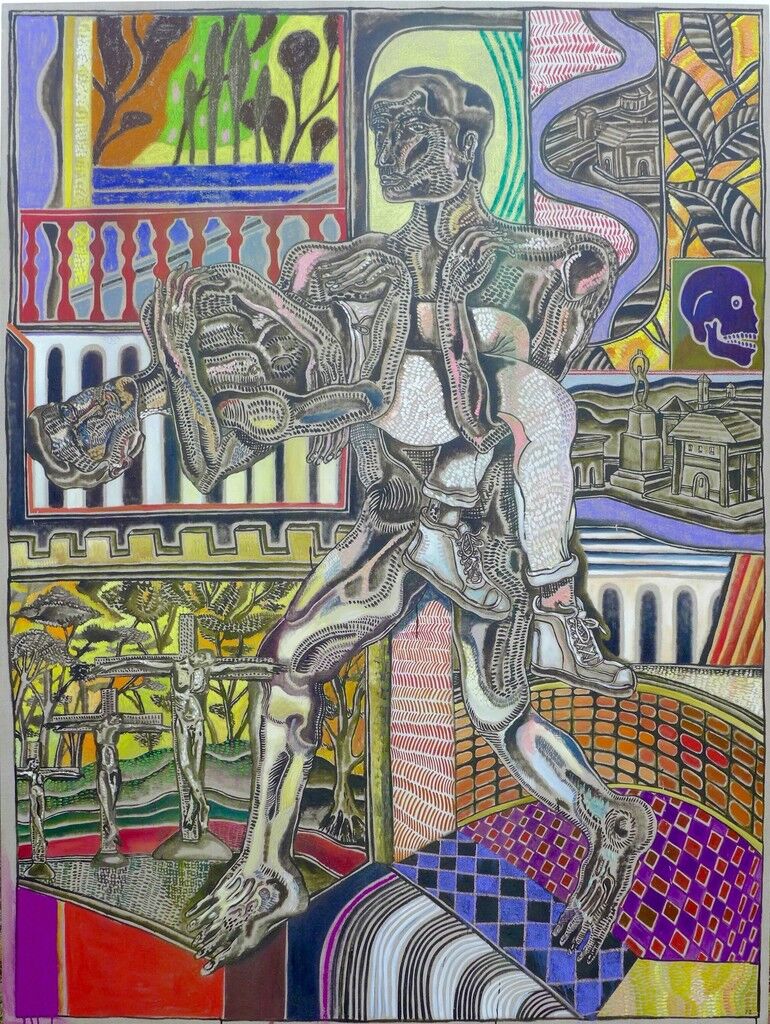 zio ziegler
MY PIETA , 2015
Soze Gallery
“The Psyche’s Gestures” doesn’t disappoint. Though not as massive in scale as the murals that have made him famous, his newest paintings are large, vivid, emotionally confronting, and vaguely grotesque. A human figure, or in some cases, a human head, as in One Point Focus or The Inner and Outer Visible (both 2015), is at the center of nearly every canvas, which tend to be colorful and chaotic.
The human figures might be seen as stand-ins for the artist himself. Given Ziegler’s interest in philosophy and his savvy facility with the system—both with the art sphere, the corporate sector, and the culture surrounding social media—it’s no surprise that he is employing these works as larger questions about their context. “With the capacity to easily generate an image,” he writes, “and a truth with that image, the value of an image slowly fades, and in turn, so does the truth... we can no longer judge books by their covers because the covers are either so numerous, or so consciously anti-aesthetic, that they evade engagement by camouflaging themselves against those only interested in surface… What happens when we are no longer here to provide the context?” 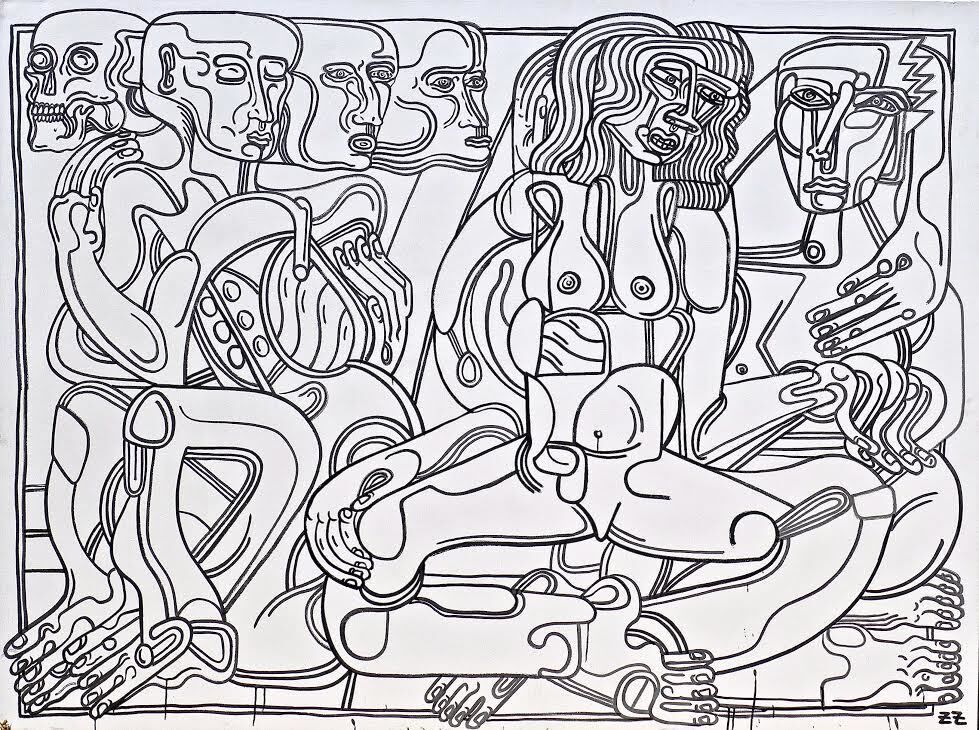 zio ziegler
Choices, 2015
Soze Gallery
Advertisement
Just a few of the questions that Ziegler raises in his latest paintings, and judging by his youth and his productivity thus far, they won’t be the last.
—Bridget Gleeson
“The Pysche’s Gestures” is on view at Soze Gallery, Los Angeles, Jun. 27th – Jul. 20th, 2015.
Follow Soze Gallery on Artsy.
Related Stories