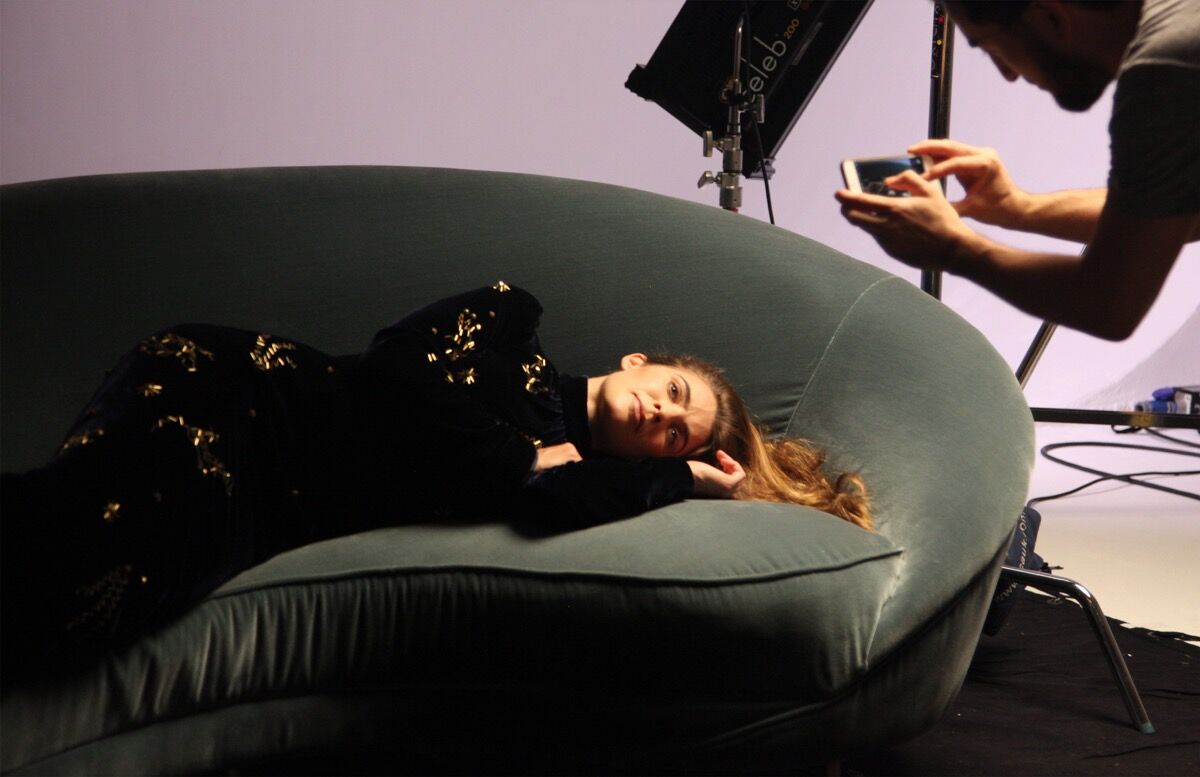 A woman, supine, her face partially concealed by her pillow, stares intensely at the camera. Wearing little or no makeup, her hair is brushed back, unkempt. As this 12-minute film plays out, we see the woman, Joanne Salley, tell her story. She has been the victim of a scandal in the press, and she is concerned it portrays her unfavorably. This film by
Simon Fujiwara
, we are told, will redress this balance—and that it does. It follows her as she discusses her childhood, her personality, her weaknesses, and her brand. The hope is that we see her as an empowered, multifaceted personality, as she twirls in couture, rips up flowers, and films herself through her daily routine.
Within days of the initial publicity material appearing for Fujiwara’s “Joanne,” debuting October 7th at The Photographers’ Gallery, London, the battle Salley faces for a nuanced depiction in the public sphere was thrown into relief. “Joanne Salley sets pulses racing with shower trailer for film,” ran the headline in the Belfast Telegraph.
Such British tabloid-style journalism on Salley began several years ago, due to a scandal that erupted while she was teaching art at the elite Harrow School in north-west London, around a series of private photographs that students stole and distributed. Now Fujiwara, who was taught by Salley several years before the incident—and whose work often draws on biographical themes—hopes to depict a more complex truth about his former teacher, revealing the artificiality of her portrayal in the media. In doing so, he sheds light on themes including the multifaceted relationship between artist and mentor, one of the oldest and most profound pairings in artistic history.
The artist met Salley when he was a 17-year-old scholarship student. “My refuge was the art department,” he says. “Joanne arrived in my final year.” He adds that part of what drew him to her was that “she had come from a completely different system as well”—she had trained as a ballet dancer, and was a former beauty contest winner, which informed her art practice’s obsession with aesthetics, surface, and skin. “We connected,” he says. “I was one of these teenagers who wanted to explore his sexuality, and she was one person who’d had some life experiences that weren’t just ‘I've been to another boarding school.’ It was encouragement from a voice that I valued.” 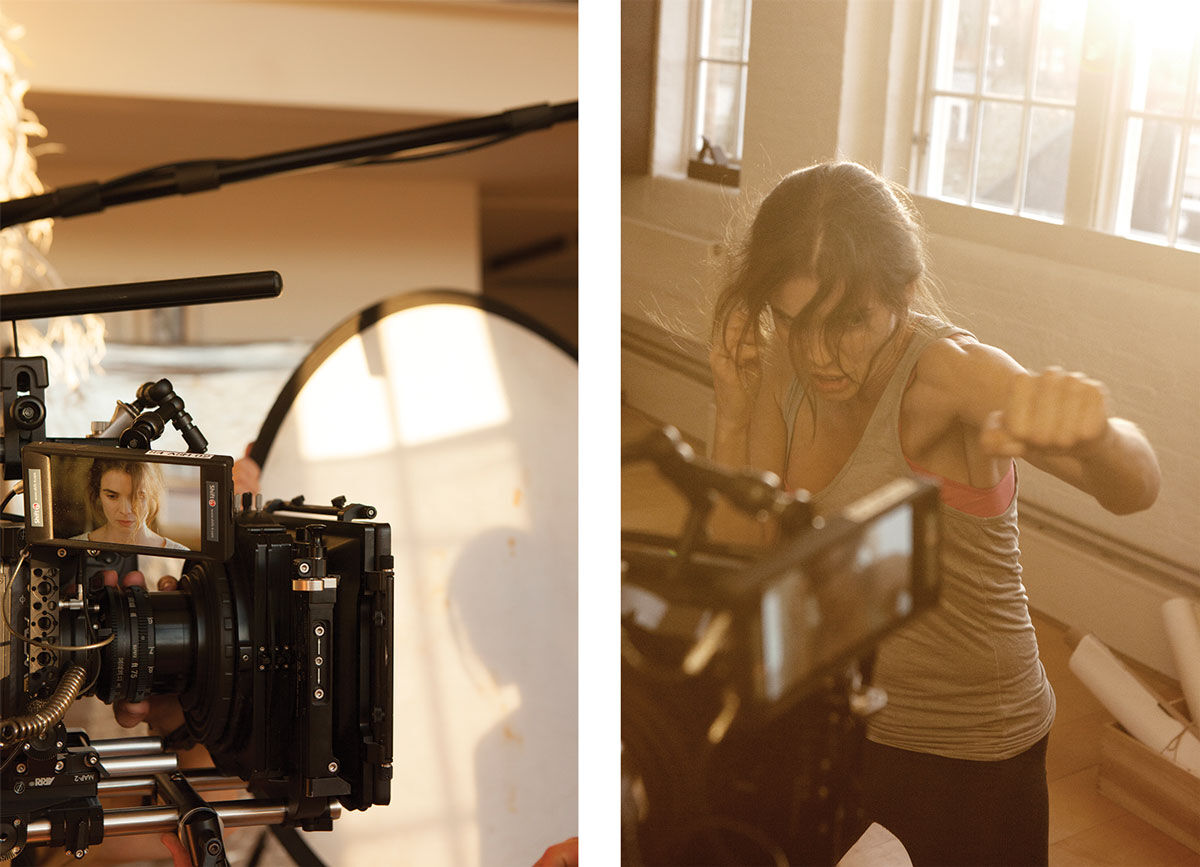 The resultant work allows Salley the chance to recount her experiences of the aftermath of her scandal in her own words. In the film, Fujiwara and Salley are shown meeting professionals from public relations, advertising, and fashion companies as they seek to construct a new public image for her. Alongside the film, light boxes display fashion photographer Andreas Larsson’s pictures of Salley, which were taken as part of the project to rebuild her profile. While the show tackles public identity, female iconography, and Salley’s voice as an artist, the pair’s close working relationship—one in which the conventional power relationship has been overturned—no doubt aided their collaboration.
Necessarily, such teamwork between artists and teachers has a long, storied presence in art history, from Classical apprenticeships, to European academies of art, and the artist-teachers of the 19th century in Britain such as George Wallis, to this century, where there have been a plethora of successful artists spawned from successful teachers. In British art colleges, for example, there’s
Michael Craig-Martin
teaching at Goldsmiths, and Frank Martin at what is now Central St Martins School of Art and Design.
If we track back earlier in an artist’s career, the condition of arts education in the state school sector has been a common source of criticism in Britain, and is one of the reasons why Labour leader Jeremy Corbyn’s recent proposals for an “arts pupils premium”—extra funding for arts in state schools—was so popular. In a cash-strapped state education context, artistic mentoring might depend on class size. Harrow’s average is 13 students per class, under half the local average. There, at A-Level, when Salley and Fujiwara met, the student-teacher ratio was even better. Such conditions are perfect for artistic mentoring relationships to thrive.
“Harrow’s a boarding school, you’re with your teachers all the time,” says Fujiwara. “But it was more that the art that she had made herself was more interesting than what the other teachers had done.” He describes some of Salley’s work as resembling that of British painter
Jenny Saville
. “She introduced me to
Cindy Sherman
and the idea of taking on characters and roles. She was the most inspiring voice around me at the time.” 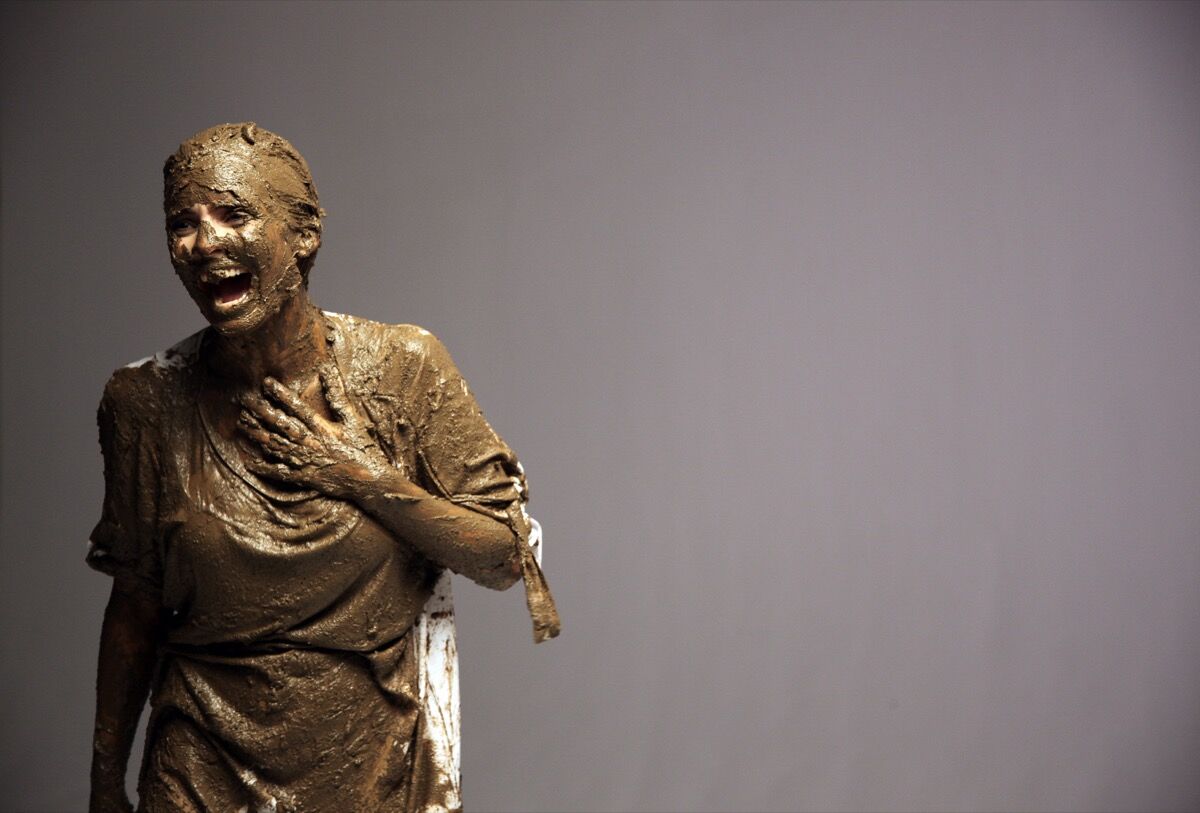 Advertisement
Fujiwara says his school’s all-boy environment meant an attractive woman appearing was a “gift,” though Salley tried hard to undermine her image as a “beauty queen” at the school. “She’s never really been the caricature of a beauty queen, she’s very active and very sporty,” he adds. “I know the male students in the art department respected her a lot and it was a very difficult position to get.”
While the show specifically tackles the reconstruction of Salley’s identity, it seems as though the seeds for its obsessions with beauty and the image might have been sewn when the pair first met. In that sense, it is as much about how artist-mentoring relationships provide inspiration, as it is about the pair’s longstanding friendship.
“I’ve always wanted to be an artist, so it was about having someone who was encouraging who could introduce me to other artists who I hadn't discovered,” concludes Fujiwara. “To help me focus my interests. In that sense, all of my art teachers have been more mentors than technically teaching me. Everyone has one or two amazing teachers when they grow up and they are the people they remember forever. There’s always in that a feeling of connection.”
Rob Sharp
Related Stories