How These Small Galleries Are Surviving Despite Wave of Closures 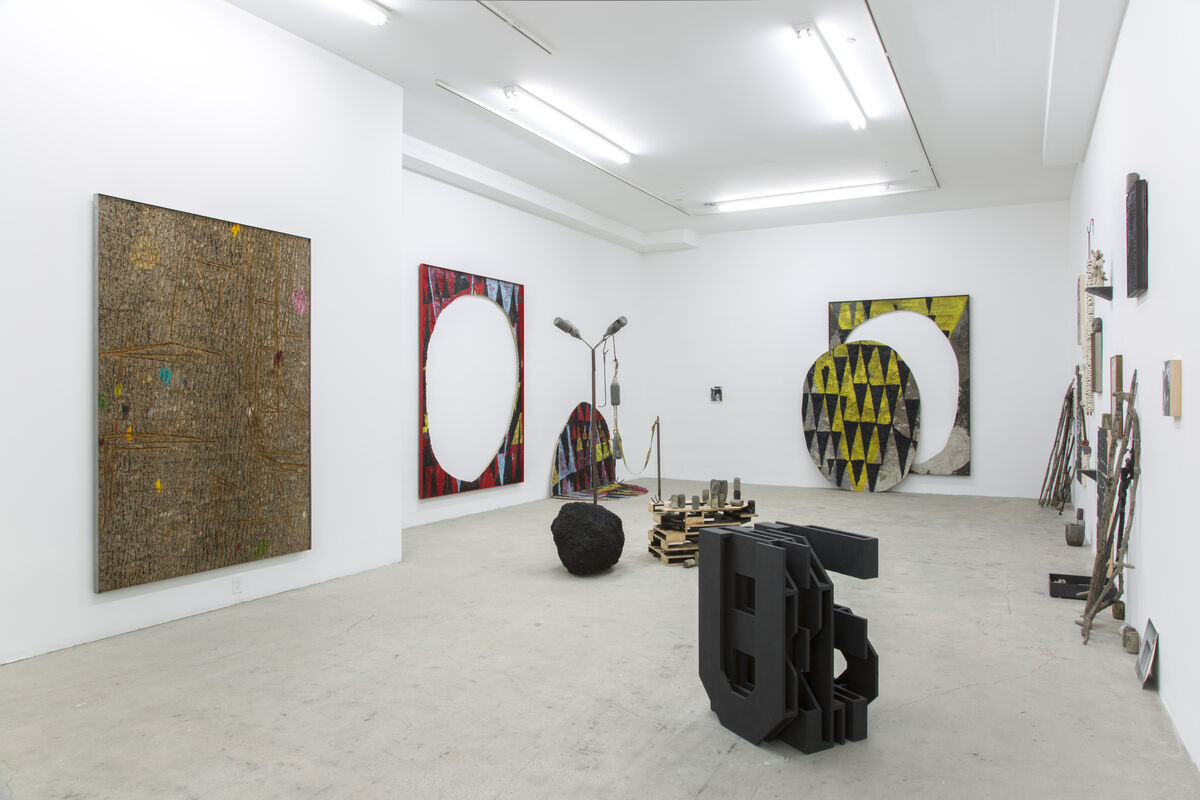 The position of small to mid-sized galleries in the Western world’s major art centers grows ever more precarious in art hubs like New York City and London, as rising rents and a relentless schedule of expensive art fairs make it hard for smaller operations to compete with global mega-galleries such as Gagosian, Pace, Hauser & Wirth, David Zwirner, and White Cube.
The art press has documented nearly 10 significant closures reported just since May, including Wilkinson, Acme, and most recently Off Vendome.
But a willful contingent of gallerists continues to thrive despite the middle-market squeeze. Often, the key to their success is an actual set of keys. Well-timed real estate decisions or tough choices to move off the beaten path have helped some stay afloat when so many others have fallen prey to skyrocketing rent.
In any location, the “how” of making ends meet comes increasingly through alternative means, which include renting out studio spaces to supplement costs, pulling in revenue beyond art sales, skipping expensive art fairs in favor of longer exhibition periods, or limiting artist rosters.
Lower Manhattan has seen a lot of ebb and flow on the small and mid-sized gallery front, with spaces such as On Stellar Rays, CRG Gallery, and Kansas all shuttering in the last few months. Yet Jorg Grimm of Amsterdam’s GRIMM Gallery, who just opened a location on Bowery in June, sees the shifting sands as an opportunity for non-New York galleries to break into the scene. 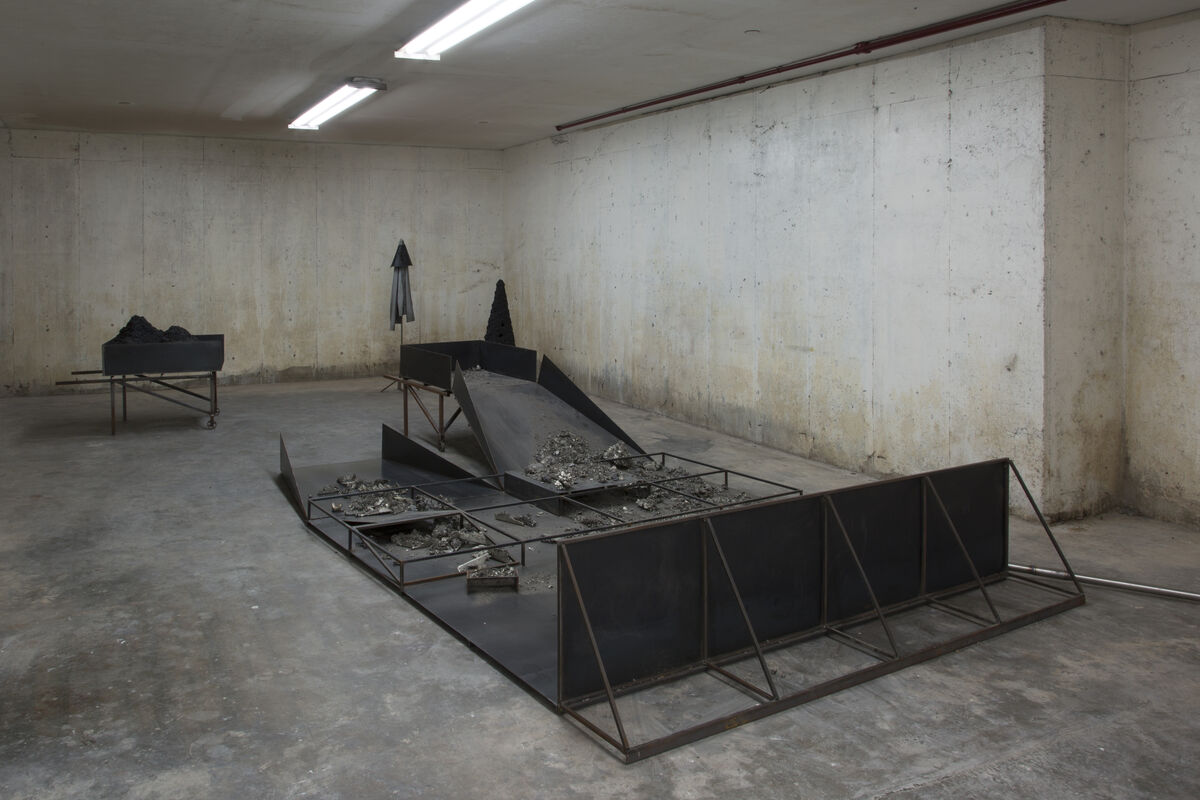 “The time felt right because there have been closures,” he said. “We had been looking for a space for about a year and actually found cheaper rents now than when we started the search.”
According to Grimm, setting up a New York outpost raises the profiles of his artists both back home and abroad. Grimm said about 80 percent of the artists on his roster didn’t have any representation in the U.S.; some had never been represented stateside, but others like
Nick van Woert
used to show with Yvon Lambert, whose New York location closed down six years ago, and had yet to show with another New York gallery.
“There’s all this talk about the physical gallery space being less relevant these days, but I really disagree,” he said. “I thought it was worth a shot.”
David Hoyland of London’s Seventeen also took a shot at a location on Bowery, down the block from GRIMM’s current space, but closed in February after just a few months due to strained investor relations. Although his toe-dip in the waters of the East River was brief, Hoyland has successfully kept Seventeen afloat for over a decade.
He had launched it in 2005, when London was rife with short-term project spaces that would stay open only a year or two. “I didn’t think it would last, to be honest,” he said. “I thought it’d be something to do for 18 months. I didn’t have a business plan, or even a good idea except to show emerging artists. It was kind of accidental and it’s just worked out.” 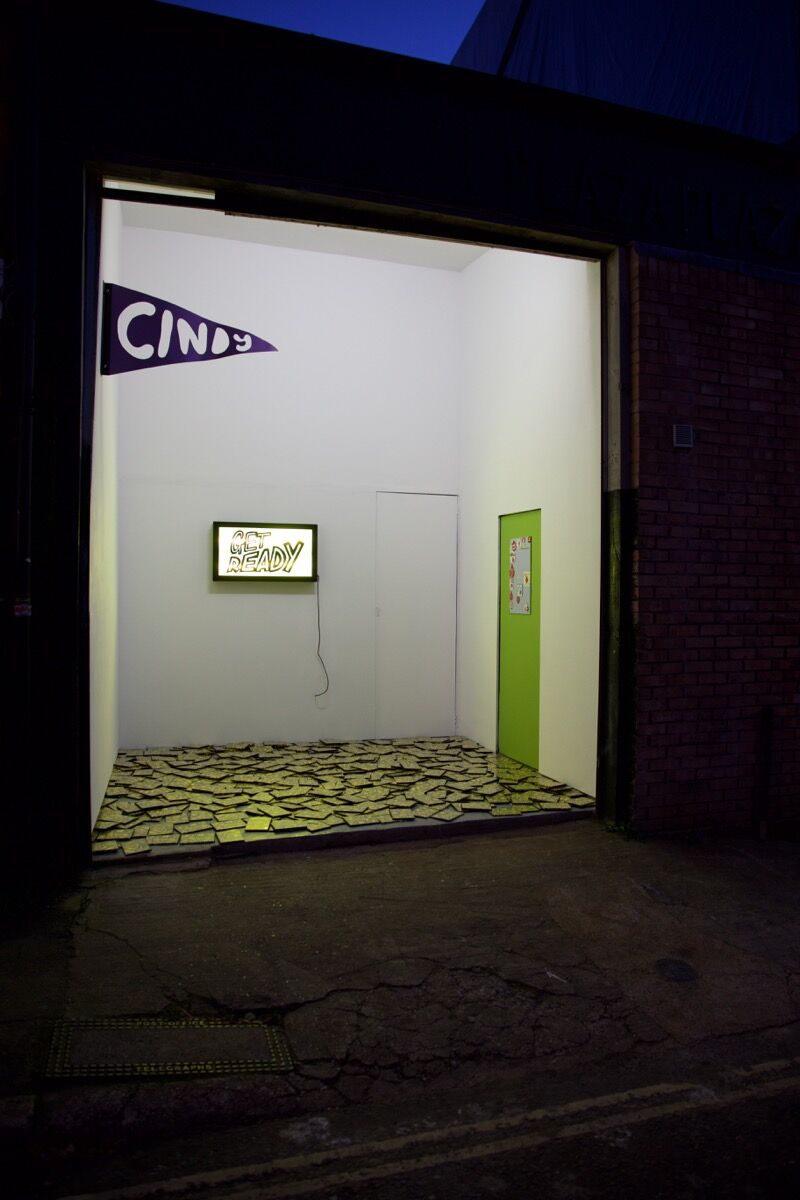 Installation view of works by Sam Venables at PLAZAPLAZA. Courtesy of PLAZAPLAZA. 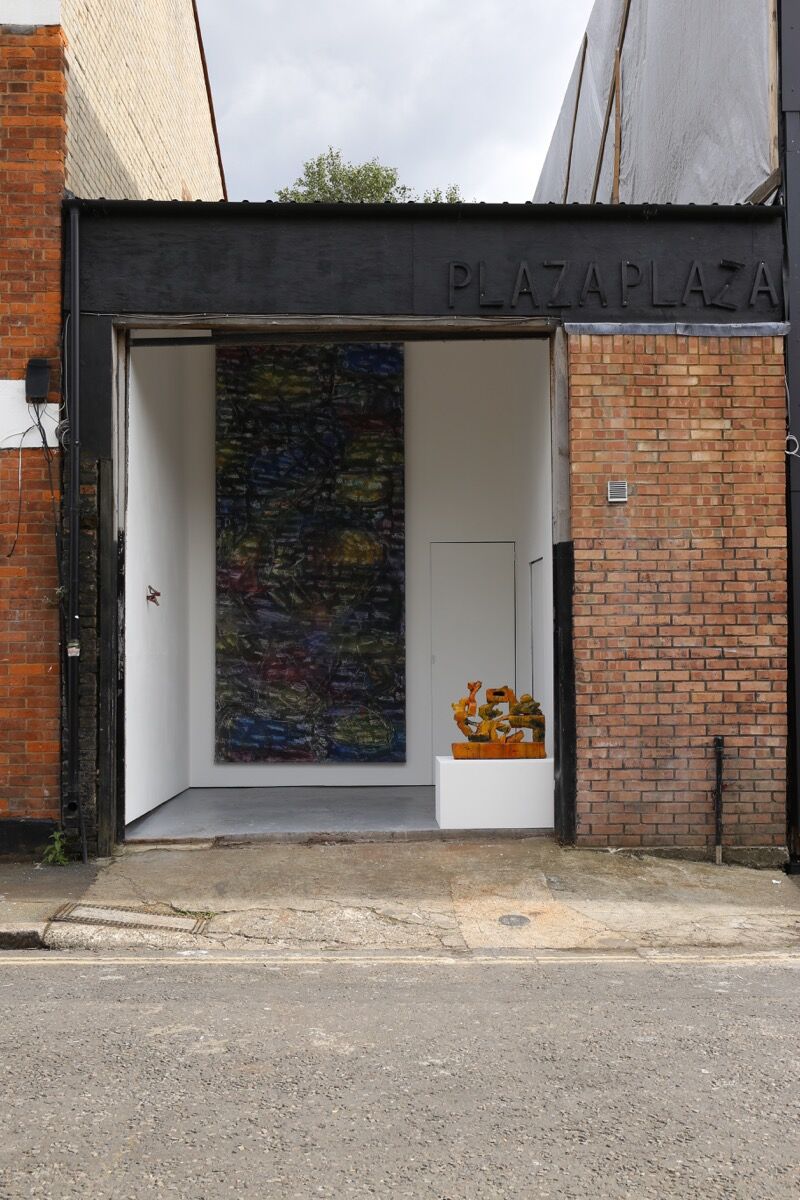 Installation view of works by Gabriel Harley at PLAZAPLAZA. Courtesy of PLAZAPLAZA.

Advertisement
But Hoyland is as shrewd as is he is lucky for sustaining Seventeen for as long as he has. When he moved three years ago to Dalston, fleeing rising rents in now-trendy Shoreditch, he negotiated a long-term lease to ensure his rent wouldn’t get hiked up as the area develops further. Meanwhile, Dalston rents have soared in that short time.
“We worked really hard to get a good deal that would make this whole endeavor viable,” he said, adding that the gallery is in a building with no redevelopment break clause, meaning that if it sold, he has the right to remain through the end of his current lease. “But, that being said, it is in a shitty area in the middle of nowhere where collectors don’t want to come. It’s certainly been a tradeoff.”
Hoyland admitted he’s not too optimistic about the strained young gallery scene in London as he witnesses more small galleries and project places close up shop. Yet PLAZAPLAZA has remained in Elephant and Castle since 2011 thanks to four studios it lets to practicing artists. Started by artist
Jesse Wine
, the space doesn’t have a set roster of artists who show regularly  but instead showcases work by younger artists fresh out of degree programs who often don’t have gallery representation. This allows them to put on exhibitions when convenient, rather than tethering themselves to the typical taxing cycle of four- to five-week exhibitions. This cuts down marketing costs for openings, promotion, and receptions. It also saves artists from producing additional work under strict deadlines that may or may not sell.
Since 2015, the space has been helmed by artist Glen Pudvine, who used to rent one of the studios behind the small 10-by-13-foot street-facing exhibition space. “Without the studios and the practicing artists in them, PLAZAPLAZA wouldn’t be possible financially,” he said. It adds intangible value, too, in the interchange between working artists and the gallery’s exhibiting artists. “Being a young artist can sometimes make you feel quite secluded. This kind of space opens up a dialogue and helps you network.” 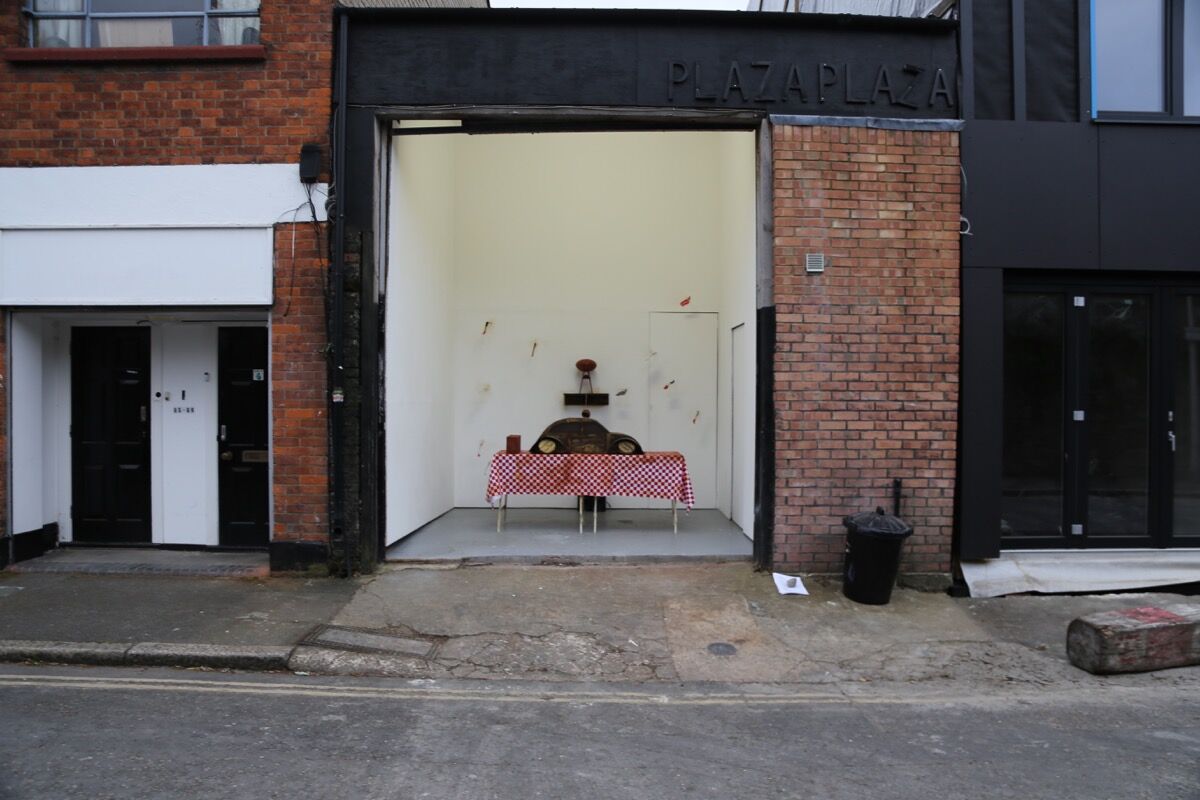 Installation view of works by Patrick Cole at PLAZAPLAZA. Courtesy of PLAZAPLAZA.

The rental income from the studios covers the majority of the rent for the building, which Pudvine leases; the remainder of the cost of operations he supplements himself from his own earnings as an artist and studio assistant.
Inspired by London’s more malleable project space scene, Jane Harmon and Fabiola Alondra opened Fortnight Institute just over a year ago in Manhattan’s East Village. Like PLAZAPLAZA, they don’t officially represent artists and frequently develop shows around emerging artists, many of whom are located outside of New York.
They’ve also structured the gallery’s unusual hours around their work schedules so they could keep their respective full-time jobs, providing them with a financial cushion that allows them the flexibility to show lesser-known artists. “There’s a lot of unpredictability when an artist hasn’t shown in New York before. The fact that we both have income from other sources helps us survive,” Harmon said, especially since compared to London, New York is more commercially driven and it can be harder to be experimental. The duo is still figuring out their business model as they go. In addition to exhibiting work like a traditional gallery, they also produce and sell artist books and ephemera, although Harmon said their publishing arm isn’t a major revenue stream.
“Our main source of income right now is actually artwork sales,” said Harmon. “I guess that actually makes us more like a traditional gallery than we intended to be!” 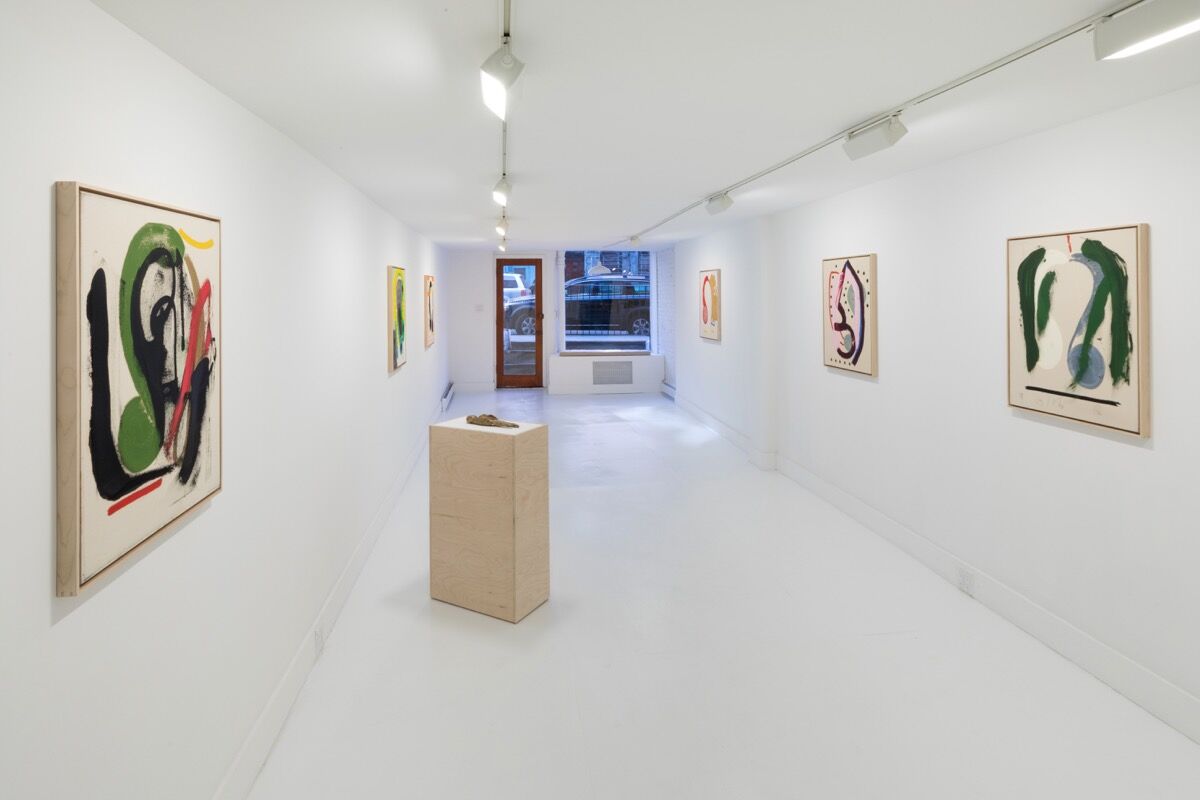 A few blocks away at Turn Gallery, Annika Peterson, who opened the space in 2015 on East 1st Street, said there’s a perception that only the big boys are booming on the gallery scene. “But around me, in my little pocket in the East Village, I’m sort of seeing people doing their own thing and doing it well,” she said, citing Fortnight and another neighbor, Karma, which doubles as a bookseller.
Peterson embraces what she described as a more relaxed approach to contemporary art dealing in her neighborhood.
“My walls aren’t perfect, I don’t have a polished concrete floor. That’s not an aesthetic I can afford right now,” she said. To keep her bottom line low, she relies on word of mouth and invests heavily in cultivating her Instagram audience, where she has roughly 28,000 enthusiastic followers, and keeps her roster and space to a size she can manage by herself so she isn’t saddled with staffing costs. Additionally, Peterson puts on longer shows than many galleries—six to eight weeks, generally—which she believes gives her artists added exposure, in lieu of doing expensive art fairs.
“I wanted to establish the brick-and-mortar incarnation of the gallery and invest more time in my artists before I started fronting big costs, like fairs and space renovations,” she said, explaining that she was more interested in slow growth over time in an era when small galleries are expected to expand quickly to compete in the marketplace.
“If you’re only looking for me in fair booths, or if you’re looking at my crooked floors, then I have bigger problems! I’ve already lost you. You should be looking at the work on my walls.”
Margaret Carrigan
Related Stories