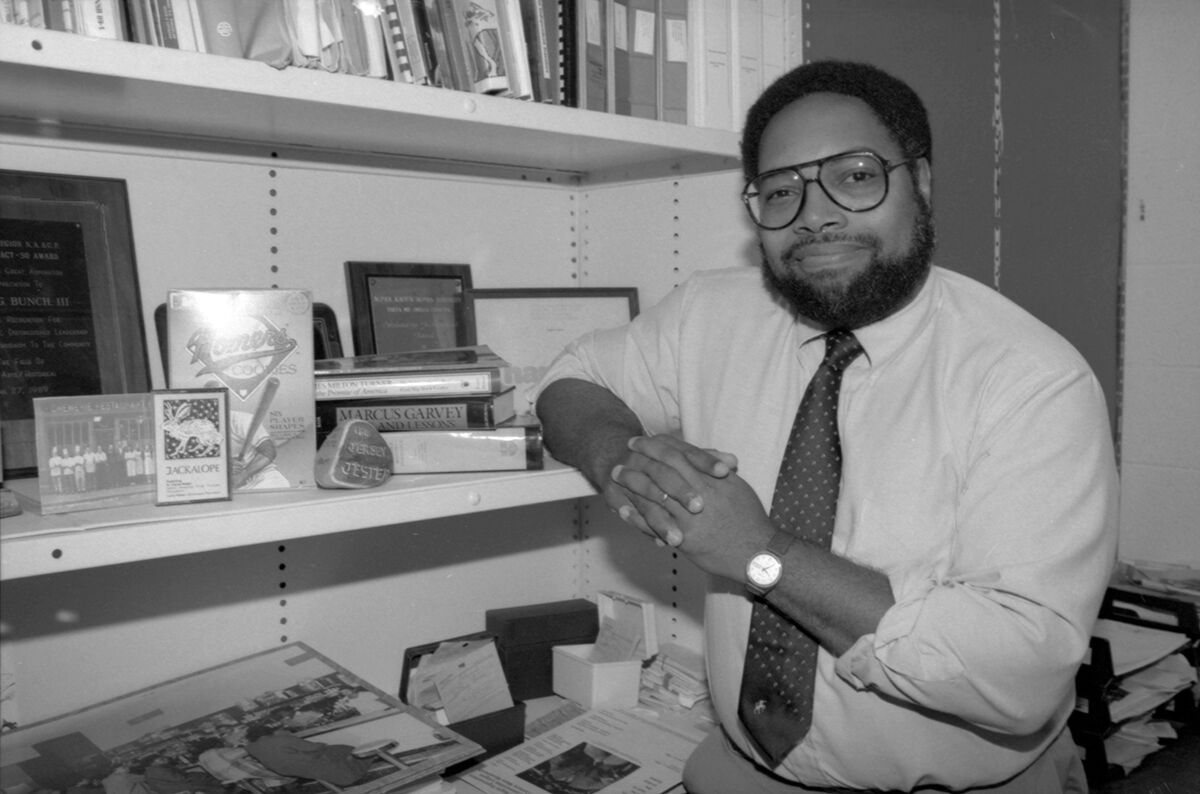 For Lonnie Bunch, history only works when it’s tied to the present. “Museums become better places when they recognize that they can’t be community centers, but they could be at the center of their communities,” he recently said. His position as the secretary of the Smithsonian Institution, to which he was appointed in the spring of 2019, is multifaceted. His job is a bit like a CEO’s, he explained. Bunch is tasked with the oversight of the institution’s 19 museums, 21 libraries, and the National Zoo, among other entities. But in this role, much like his previous work, Bunch is looking beyond the walls of the Smithsonian and into the community. “You want to be able to help the Smithsonian become a more nimble 21st-century institution,” he explained. “And you want to help the Smithsonian be seen as a place of value, in the traditional way, but also in ways that museums traditionally don’t do.”
For him, those less traditional ways include being able to present history not only as a series of dates and facts and objects, but as vital context for understanding our current times. “In essence,” he said, “I became a better historian when I paid attention to the living community.” 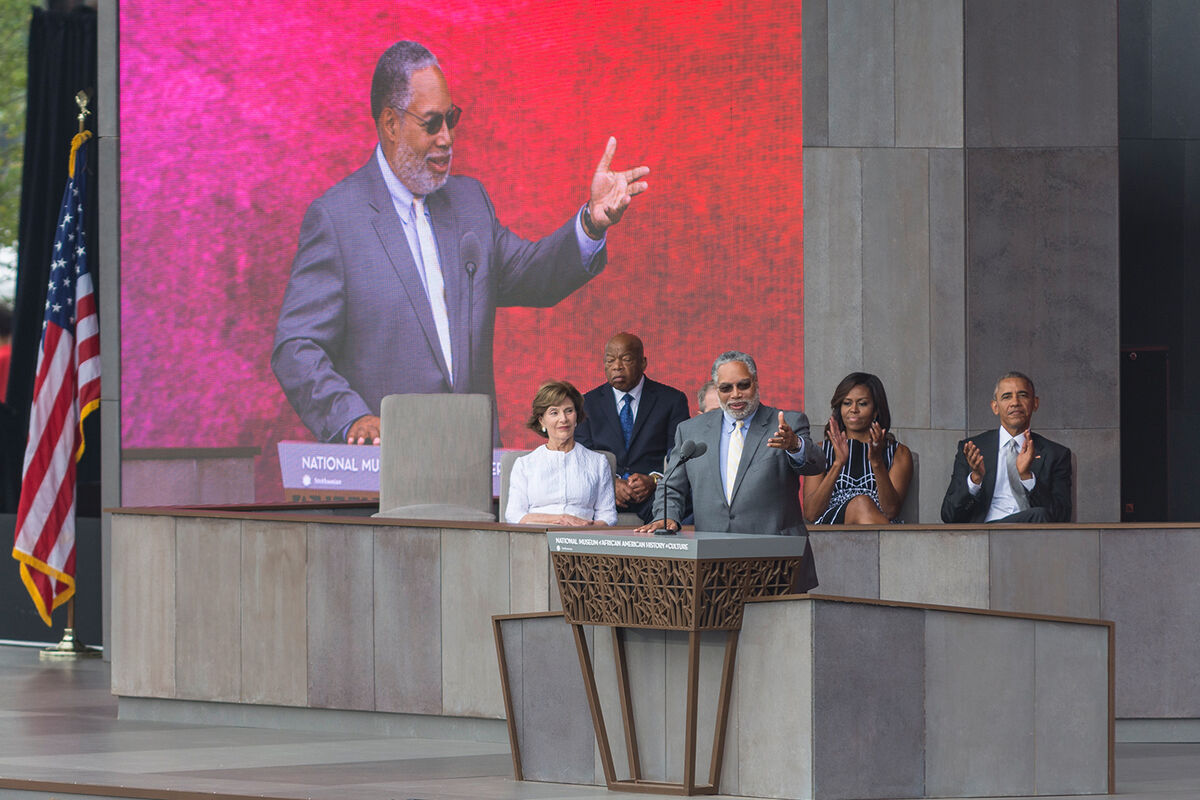 Bunch’s career has seen him bring history to the public in roles at the National Museum of American History, the Chicago History Museum, and the California African American Museum in Los Angeles, all with an approach that has helped him share the work he loves, the work that excites him. “I was trained as a 19th-century historian,” he explained. “But what I am is a student of Black history. For me, every aspect of the story of how the African American experience is the quintessential American experience—and how it shaped everything from politics to education and culture—really excites me.”
This background served him well in what may be his most well-known role before his current appointment—founding director of the National Museum of African American History and Culture (NMAAHC). It was there that Bunch did the vital work of not just putting African American stories and histories on display, but also putting them in context as part of America’s larger story.

Administrator with an agenda 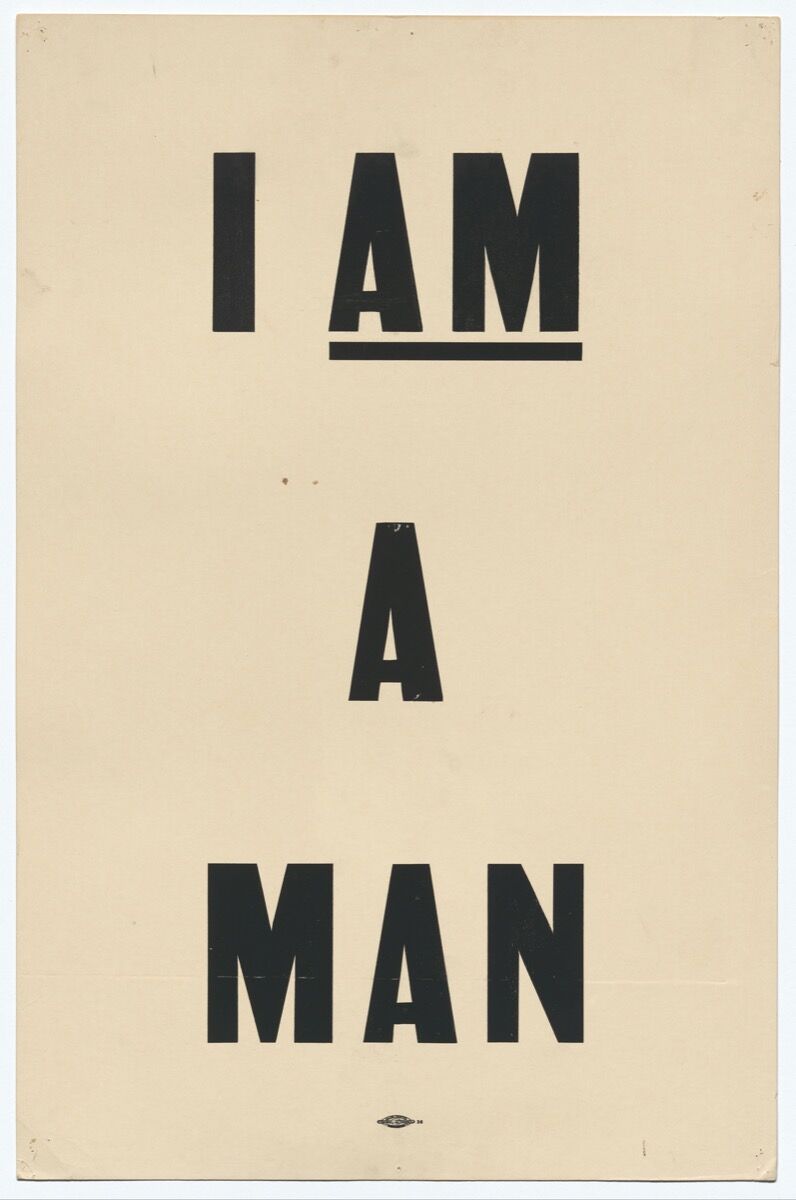 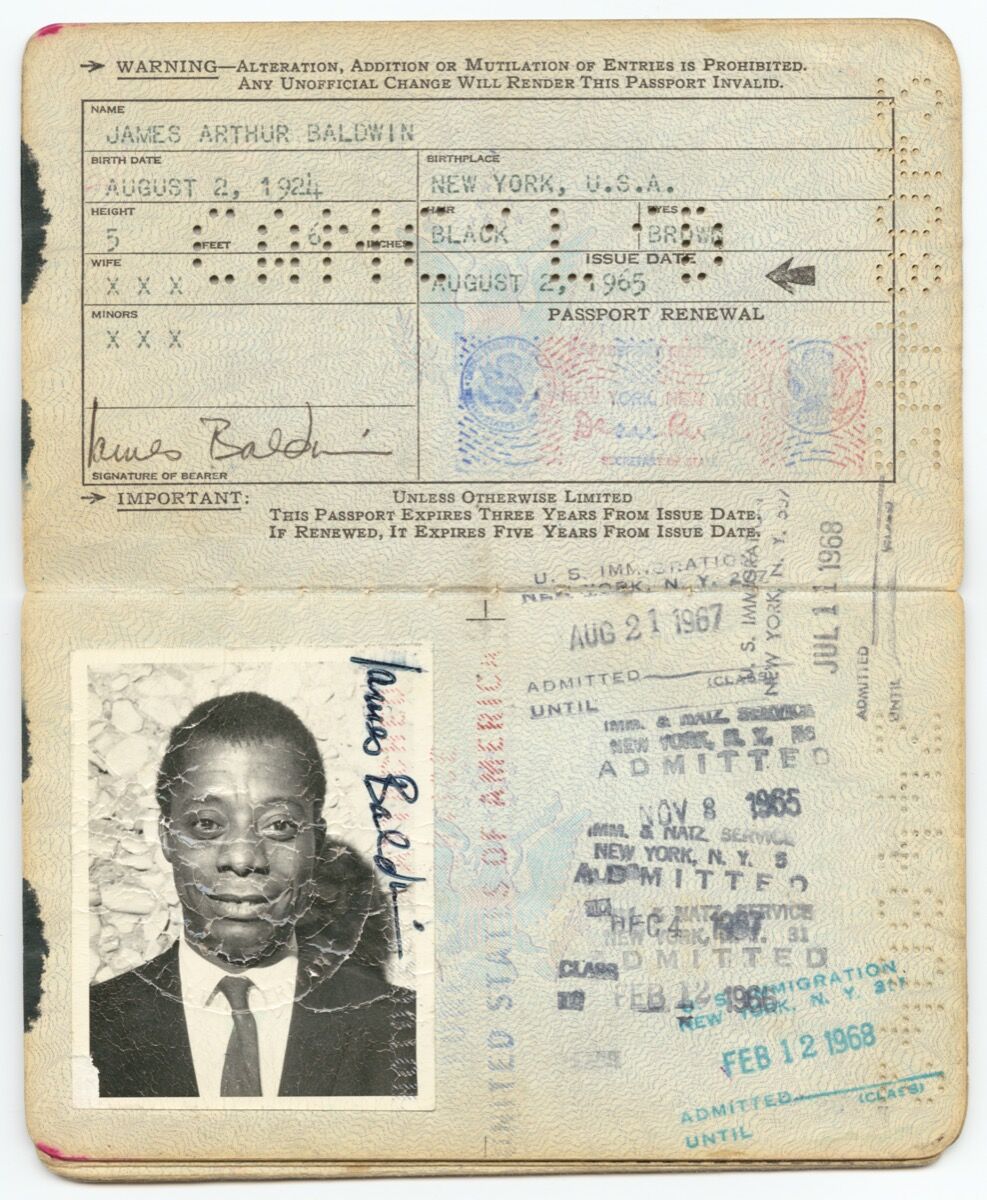 Advertisement
Navigating politics was another essential part of Bunch’s job at the NMAAHC, and remains so in his new role. “I’ve been criticized for taking positions. And I’ve always answered, whether it’s a question from Congress or others [asking], ‘Do you have a political agenda?’ Absolutely. To make the country better. To make the country fair. And if that’s wrong, the country’s wrong,” he said. “My work has really been about social justice and has been about trying to help people find understanding and the truth.”
He is also very aware of just how much his own appointment to his current role is part of a larger Black history. As the first Black secretary in the Smithsonian’s 174-year history, he understands that his being in the room matters. “I want to recognize that, symbolically, as secretary of the Smithsonian, I send a message about leadership— about who has the right to lead, and how you’re a much stronger institution when you embrace that diversity.”Joy Bivins, associate director of collections and research services at the Schomburg Center for Research in Black Culture and Bunch’s former colleague at the Chicago History Museum, concurred. “[The Smithsonian] is where our national narrative is expressed,” she said. And for her, Bunch’s appointment goes a long way in working to right some of the persistent inequities in the industry. “There is someone of color [in this position], someone who is descended from people who weren’t always welcome, who were not always deemed important enough to even be reflected in the stories that were told in some of these institutions.” But, Bivins stressed, it also reflects Bunch’s own history of success. “It signifies the work that he’s done, and the ways in which he’s been able to accomplish what people didn’t think was accomplishable.”
And while it is valuable to have visible representation, it is far from the only thing that makes an institution work. 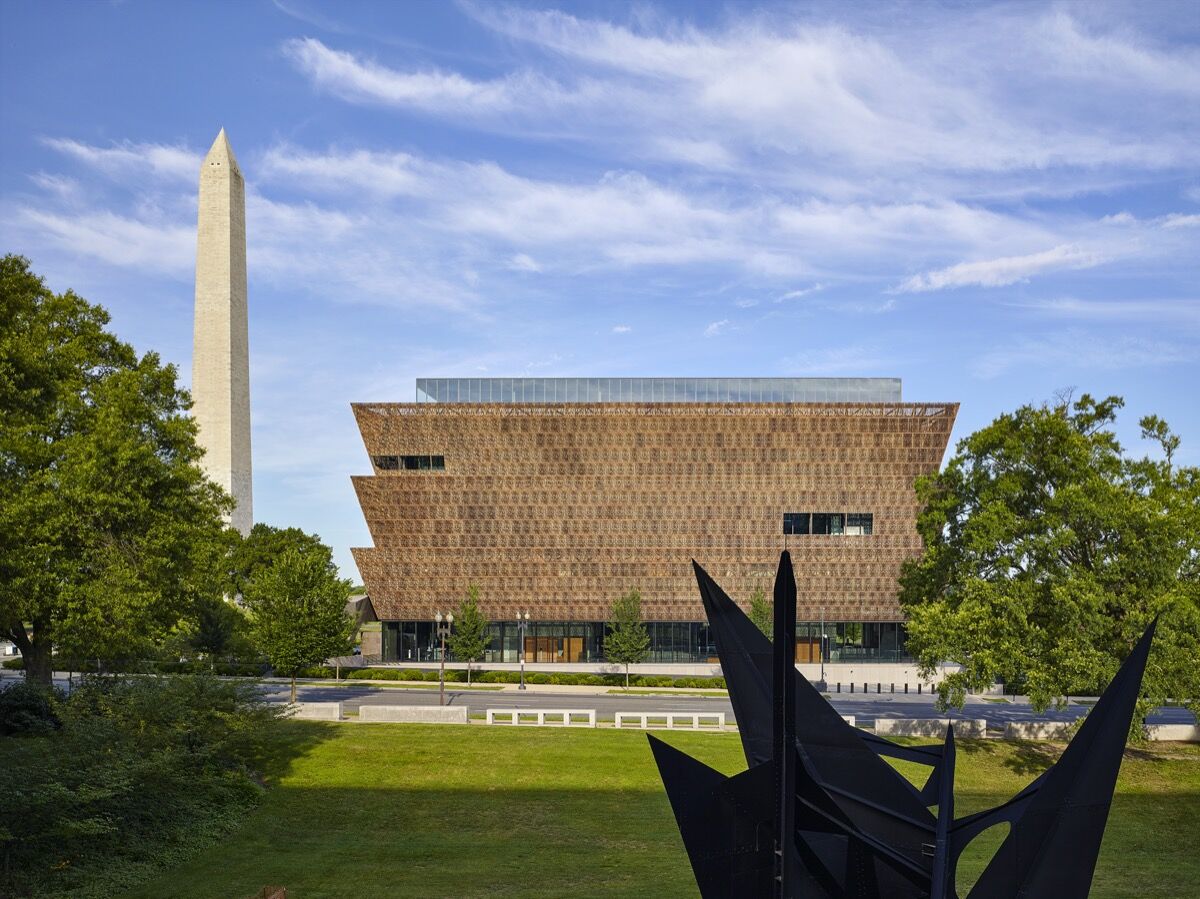 Symbolism isn’t Bunch’s goal. Rather, he wants to create an institution that is actively working toward tangible changes. With recent charges of racism at the National Museum of African Art, the Smithsonian certainly hasn’t avoided hearing the same calls for change echoing throughout many cultural institutions.
“The Smithsonian is like every museum in the country,” he said. “It’s got to look at its own history, and it’s got to make sure it’s making the changes that make it fairer and freer.” An important part of his tenure, Bunch explained, will be making sure that those changes are an inherent part of the institution’s mission. “I’ve always said that my sole goal is not to diversify, my sole goal is to make an institution better. And it’s only better if it’s more diverse.” 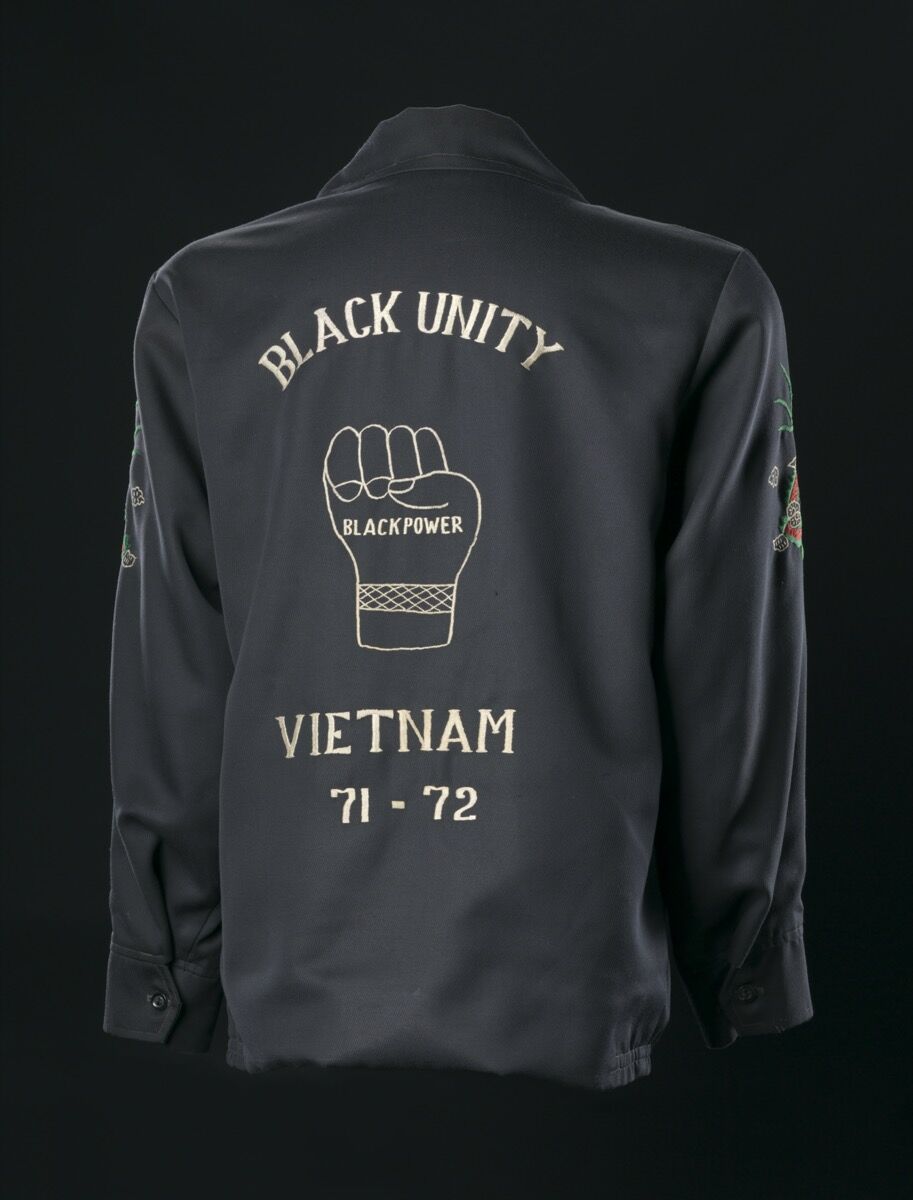 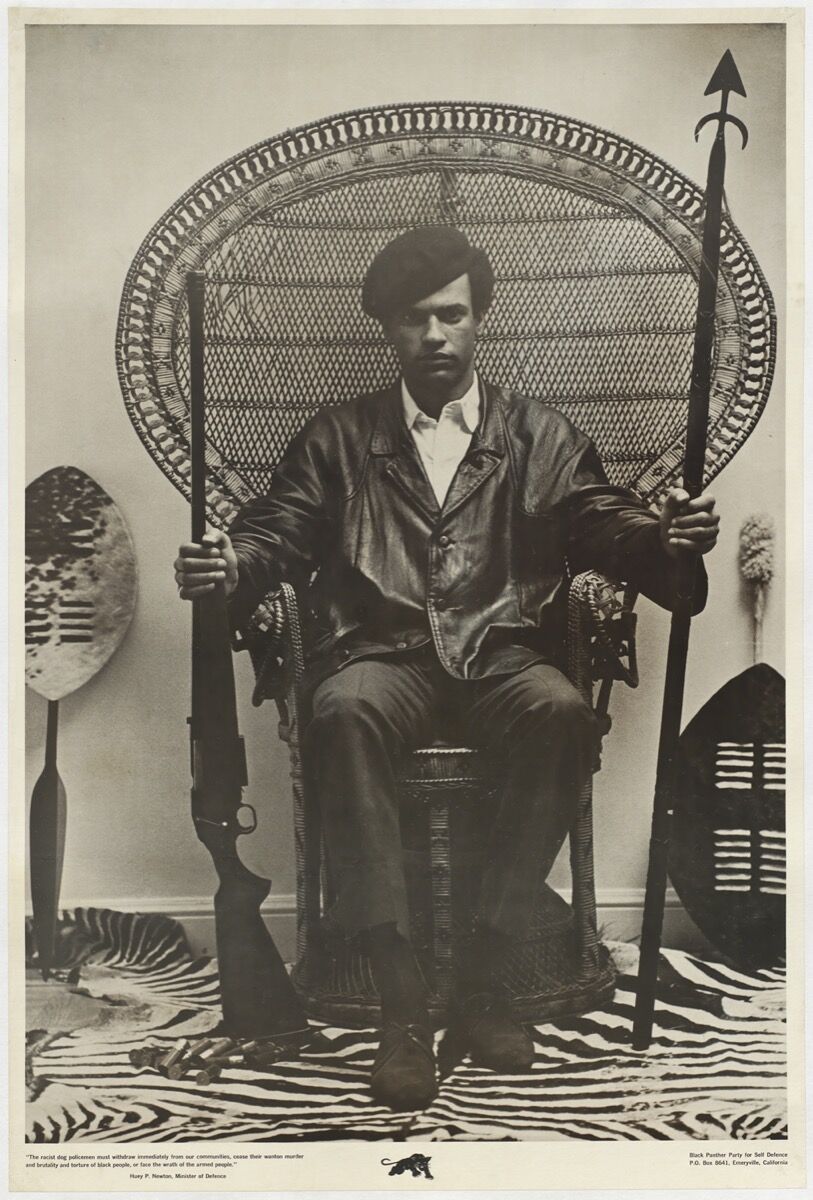 That diversity can take many shapes. Whether it’s through hiring practices or the interweaving of diverse voices and experiences in telling America’s story, it is, for him, essentially about “the will to make change.” It’s about creating a different environment beyond what many see as diversity’s national moment—that is, moving beyond mere acknowledgment of the issue to effect actual change. “As a leader, regardless of race, your job is recognizing that being inclusive is a day-to-day activity,” he said. “In essence, what you want is people to realize that this is a commitment, a transformative commitment.”
Bunch may be looking ahead, but there are still the everyday concerns that come with running a nearly 200-year-old institution—issues that have become more apparent as the institution manages its ongoing closure due to the coronavirus pandemic. There is always a balance between tradition and innovation, he explained. Once the buildings reopen, the brick-and-mortar museum experience will return gradually, but many digital strategies developed over the last five months will remain. “What COVID-19 has taught us is that more people are comfortable receiving content digitally than ever before,” Bunch said. The Smithsonian and, he believes, museums at large will all be responding to this era with a more robust digital presence. 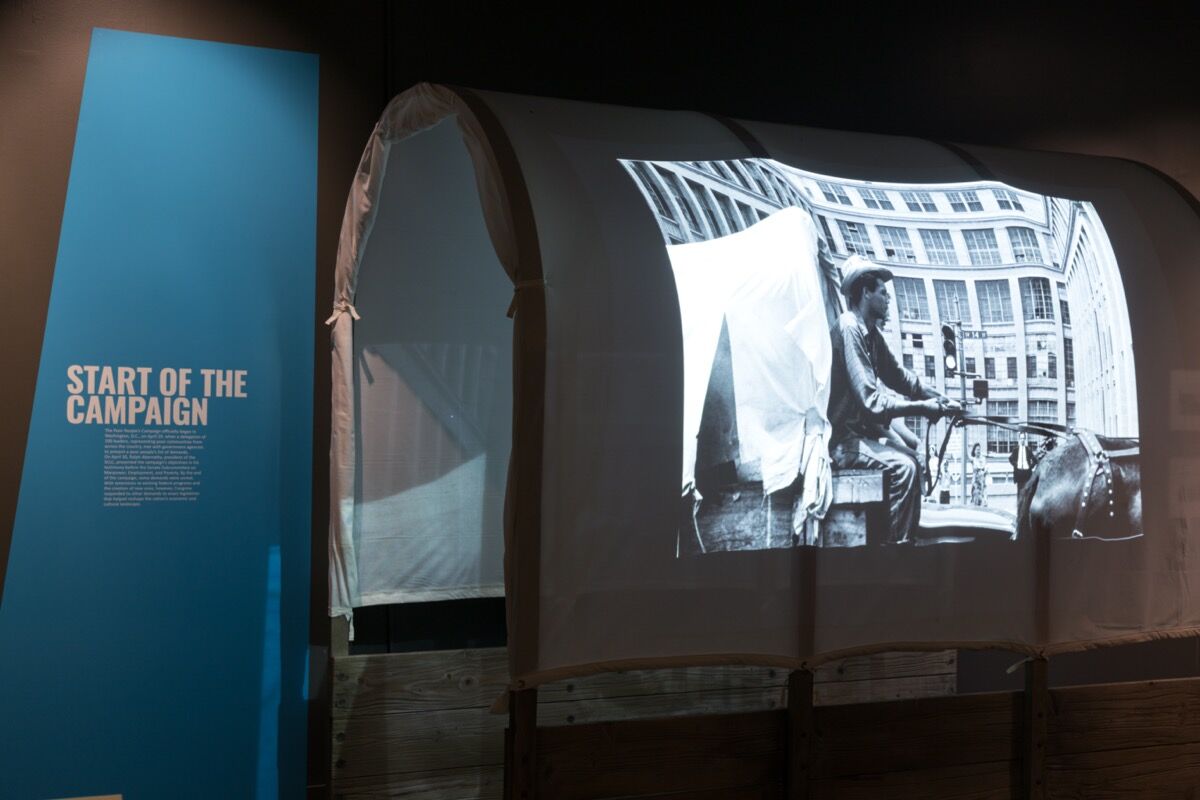 There is also the very real issue of funding. While the Smithsonian has federal support and offers free admission to its museums in Washington, D.C., everything that surrounds it—the shops, the restaurants, the retail stores, and the people who rely on those things for their survival—does not have the same safety net. There hasn’t been the same impact that other museums reliant in part on admissions for their revenue might be feeling, Bunch explained, but the loss of the visitors to the area around the National Mall is a real concern.
“We’ve lost millions of dollars,” he said. “So I worry a lot about how to recapture that over several years, and to make sure that I can protect people’s jobs as best I can.” In late April, just six weeks into lockdown and even after receiving $7.5 million in federal stimulus funds, the Smithsonian was projecting $22 million in losses and implementing executive salary reductions and hiring freezes to avoid furloughing or laying off a significant portion of the institution’s 6,300-person staff.

Bouncing back and moving forward 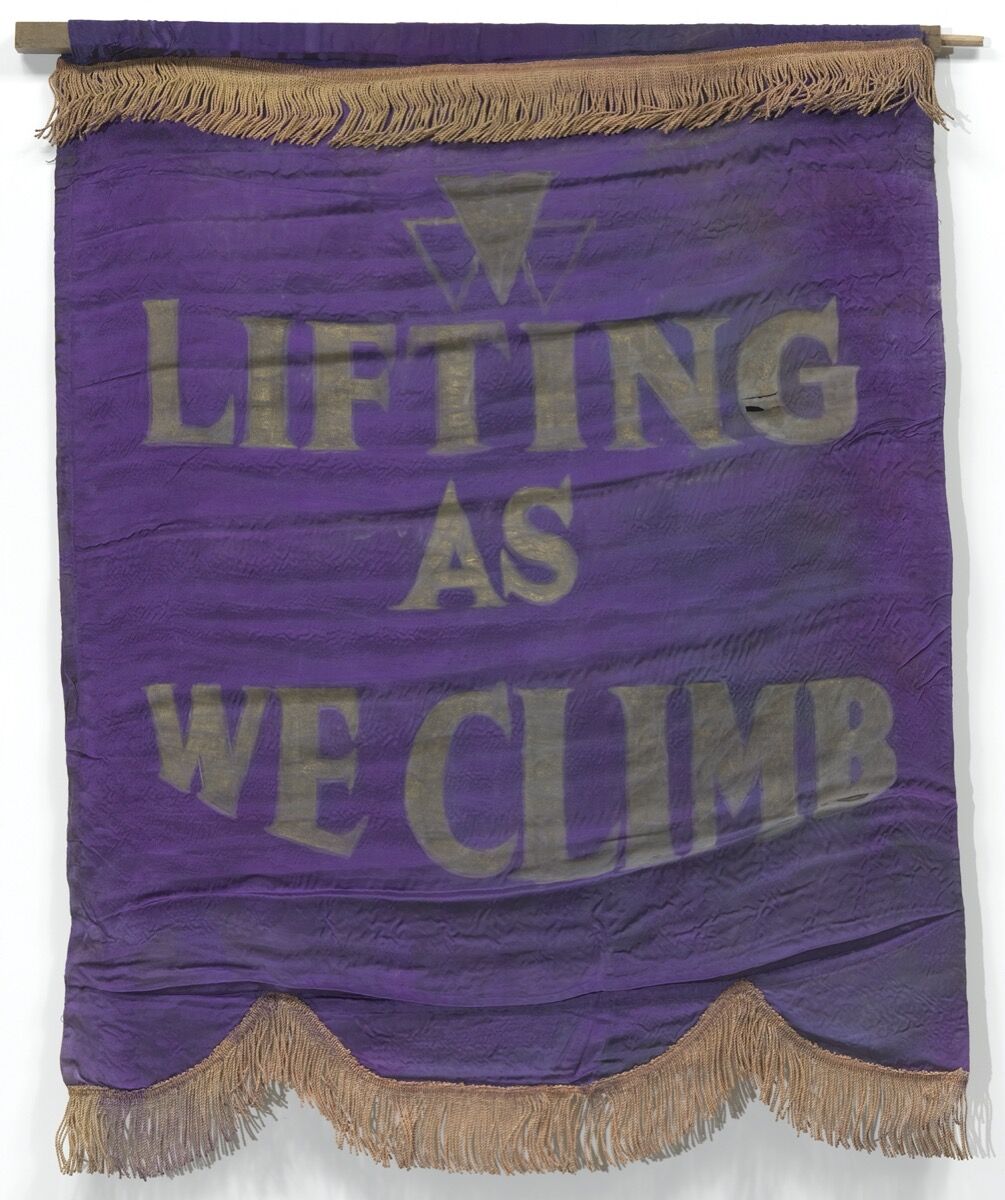 Banner with motto of Oklahoma Federation of Colored Women's Clubs, ca. 1924. Courtesy of the Smithsonian National Museum of African American History and Culture. 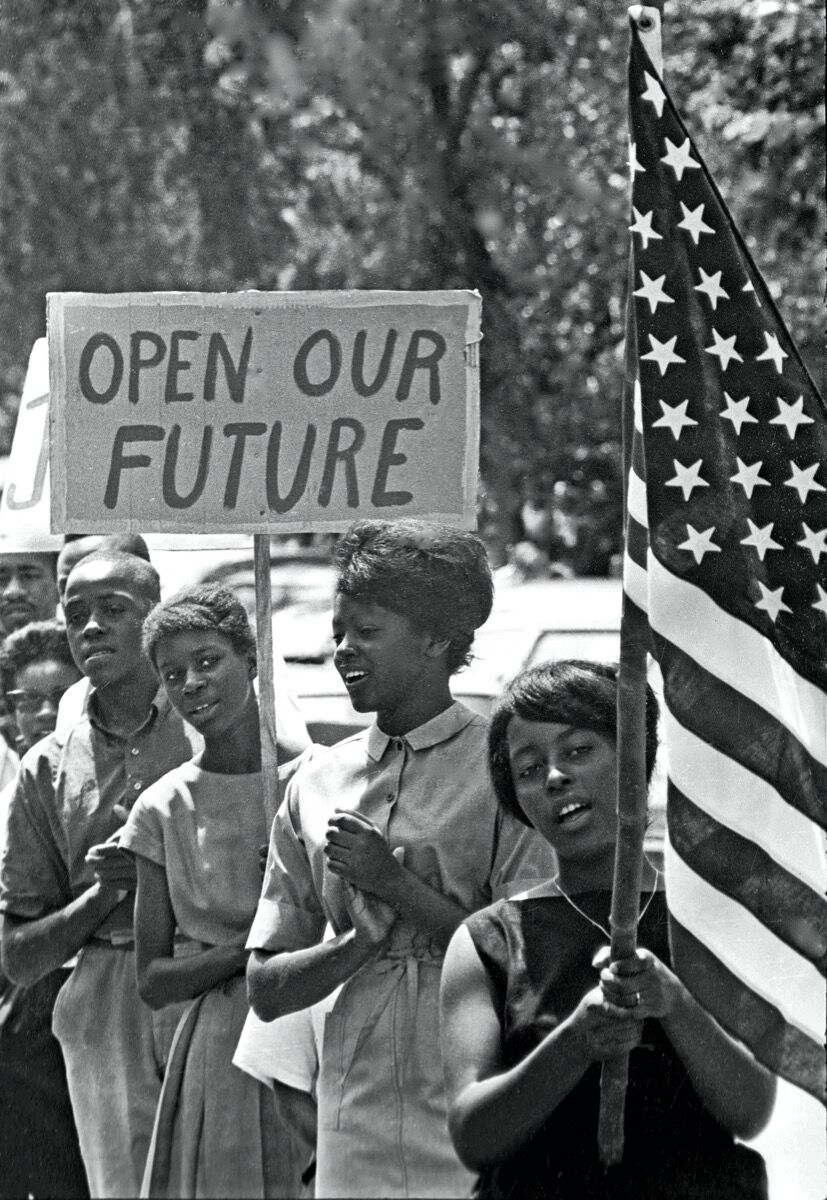 When responding to the current moment, whether that’s the pandemic or shifts in political leadership, Bunch has always rooted his work in scholarship. His curation has always been informed by history, by scholars, by the multitude of voices that help to place material culture in context. “Scholarship should shape what you do in part because it gives you credibility in places like the Smithsonian,” he said. “You can be stopped if your scholarship isn’t sound.”
Here again is another question of balance. Museums aren’t just for scholars, and an institution like the Smithsonian is very much for the people—in 2019, Smithsonian museums welcomed over 20 million visitors. So while Bunch believes that the work must be rooted in expertise, it can’t solely live there. He has always been committed to involving experts, Bivins said, but “exhibits are not necessarily for academic audiences. So there’s also another side of the coin, which is how you interpret for a lot of people.” And that’s something he’s taken into consideration throughout his career and in his current role. “What a curator is, especially a curator of history, is someone who holds people’s culture in their hands,” he said. “Therefore, you’ve got to treat them with unbelievable respect.”
Bunch is tasked with guiding the continuing narrative of this country through its artifacts, its memories, and its stories, and it’s a role he values greatly. “I’ve dedicated my career to making those who have been invisible and left out of the historical narrative visible,” he said. “I’ve dedicated my life to giving voice to those that have been silent. I am somebody who believes in the power of history.”
Ashawnta Jackson
Related Stories 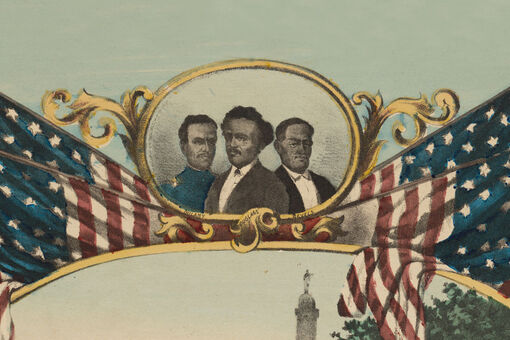 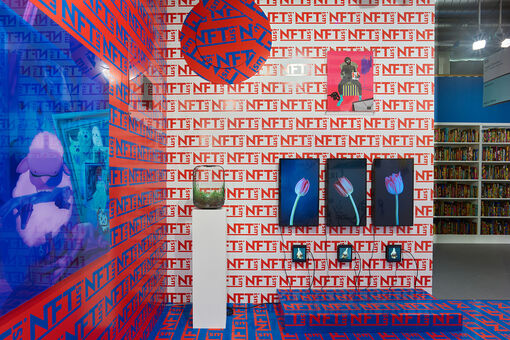 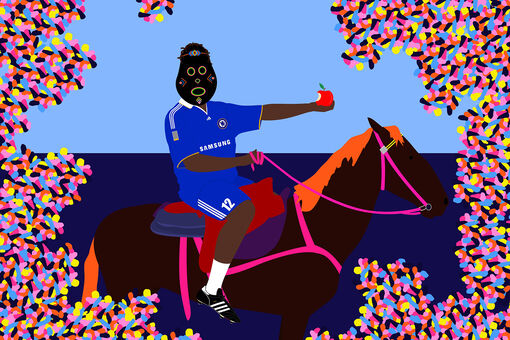