What Sold during Armory Week 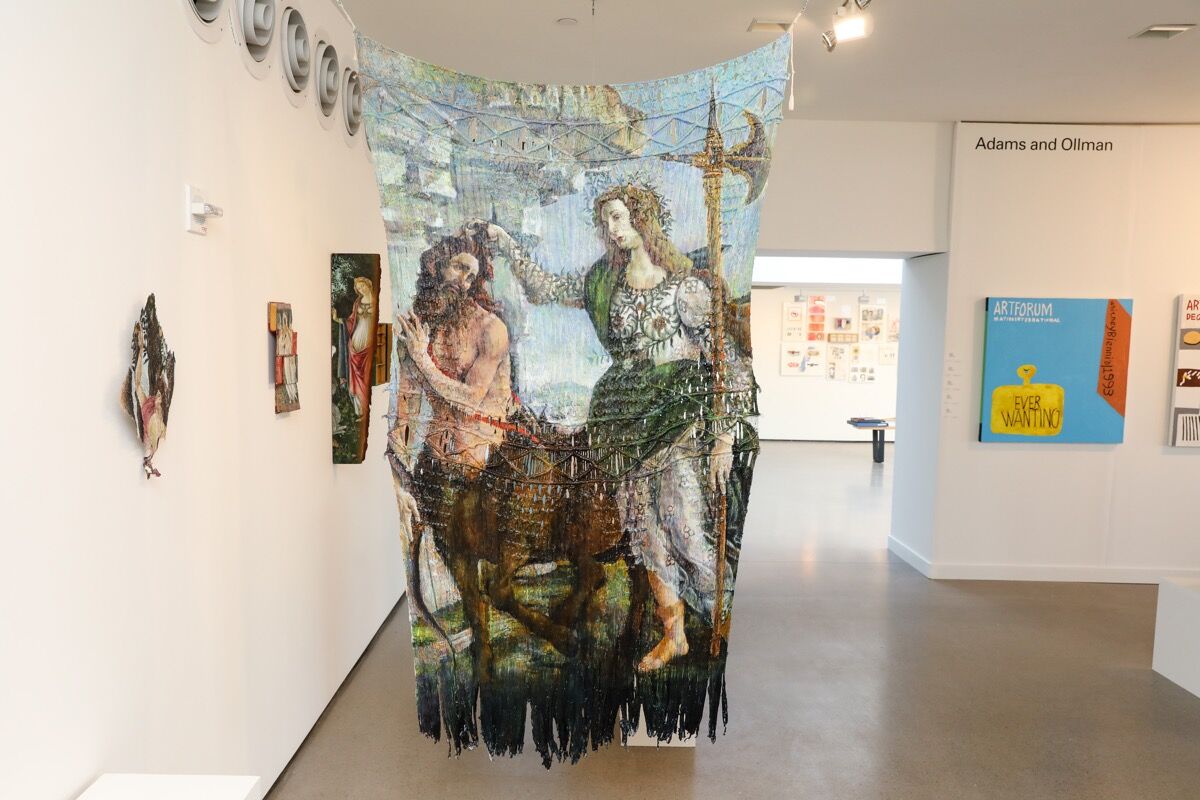 The slate of early March art fairs known as Armory Week wrapped up in New York on Sunday, with the art market defiantly doing business during a global health crisis. This year marks the end of Armory Week in its current iteration. On Thursday, The Armory Show revealed it will take place in September beginning next year. The fair will also switch venues—from the Hudson River piers to the Javits Center.
That announcement briefly distracted from the week’s predominant concern: how the deadly COVID-19 outbreak that is transforming daily life for billions across the globe will impact the art world.
“We had a few cancellations, but not an overwhelming number,” said Jane Cohan, the co-founder of New York’s James Cohan Gallery. The gallery is one of 178 showing at the fair this year, down from the 190-plus galleries that exhibited in 2019. “It might speak to the art world’s independent, defiant spirit,” Cohan continued. “If you tell us to stay home, we’re going to make a point of going out and getting together.” 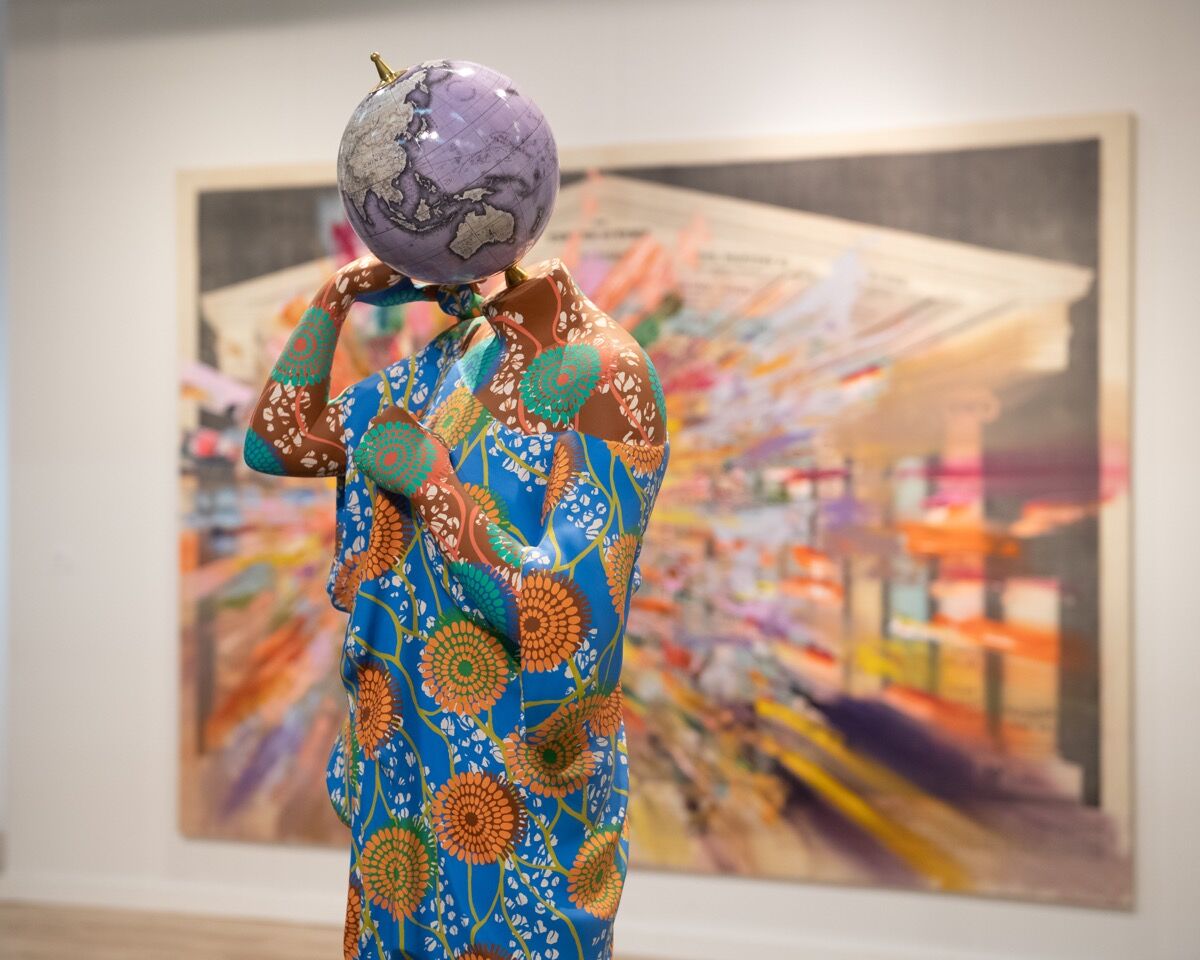 By all accounts, the looming health crisis and New York governor Andrew Cuomo’s declaration of a state of emergency didn’t dampen collectors’ desire to find and acquire new works. They flocked to The Armory Show’s preview on Wednesday, with many making five- and six-figure purchases and at least two that hit the million-dollar mark. The pace of sales suggested that the fair’s vast contingent of curated presentations and booths was paying off.
“The fact that dealers decided to take risks with really strong solo and two-artist booths, very thoughtful thematic booths—that’s what it’s all about,” said Nicole Berry, The Armory Show’s executive director. “Dealers are really participating in this fair to tap into the American collector community and American institutions.” 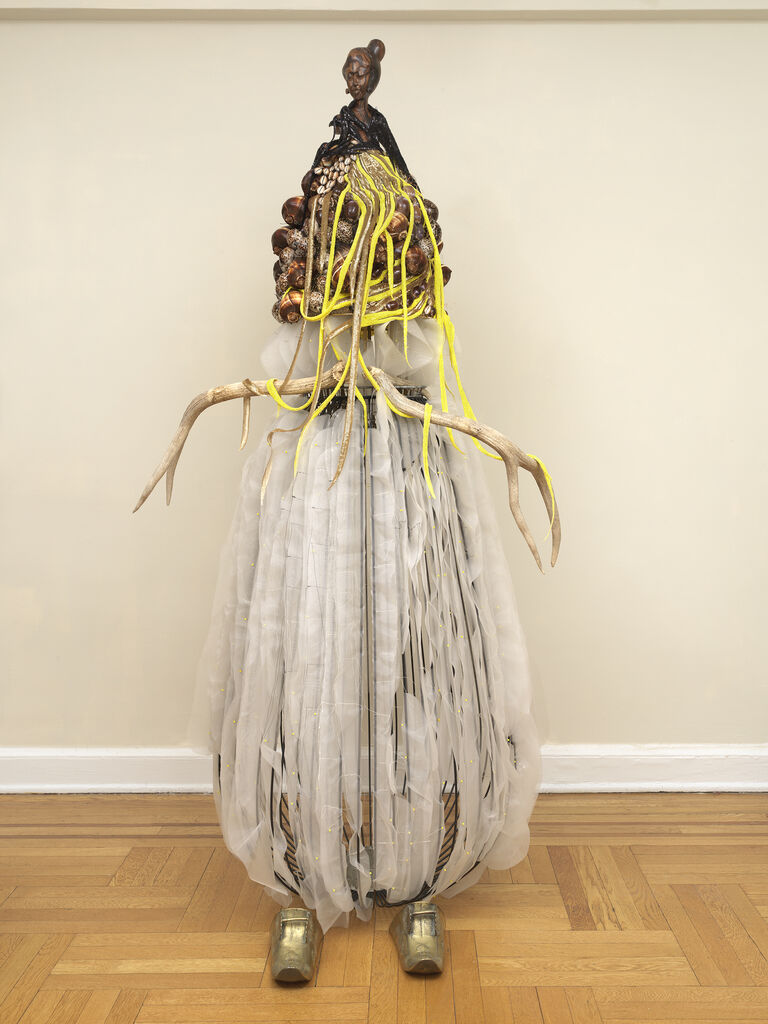 Rina Banerjee
Fermented origins, filtered and foaming, weathered from significant and insignificant migrations while she weighted and waited for bubbly oceans, urging the beyond to open., 2020
Galerie Nathalie Obadia 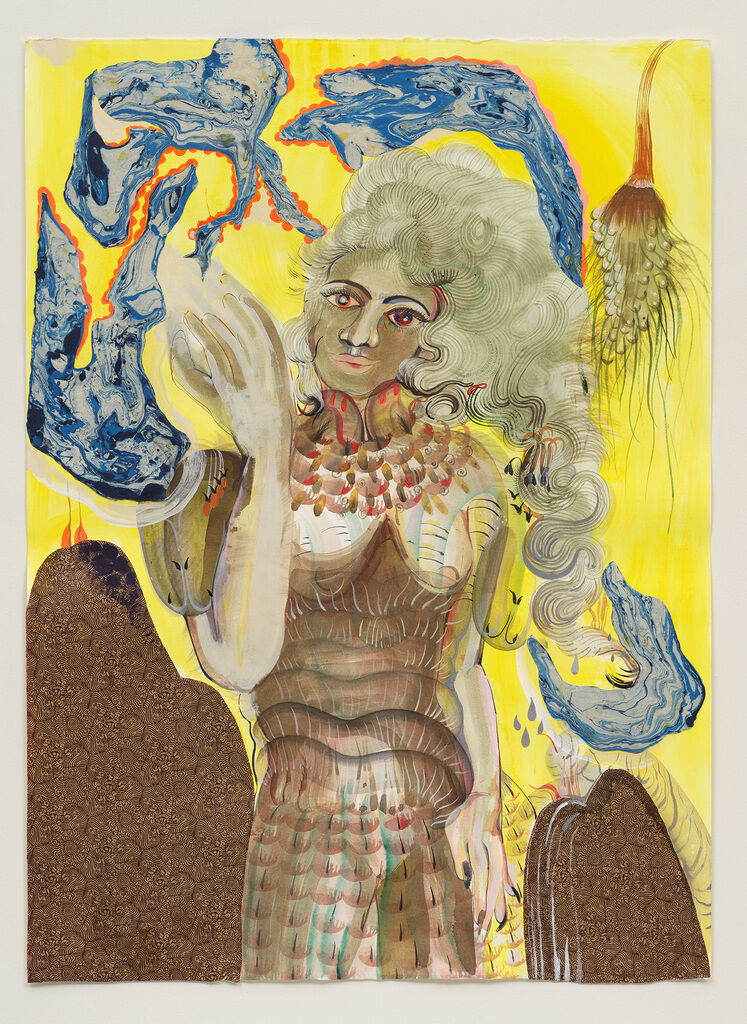 Rina Banerjee
Conspicuous waters waffled into sky and mountains cracked to migrate, go into elsewhere. Like Indian rope trick she escaped hotness of Southern breath and juggled her race ethnicity, made oceans tear open, let flow people mixing in all directions, 2020
Galerie Nathalie Obadia
Advertisement
Gallerists in every sector reported a strong institutional presence at the fair, due in no small part to its third annual Curatorial Leadership Summit, a day-long, invitation-only program on Thursday.
“We’ve seen a lot of museum directors and curators from institutions all around the country,” said Nathalie Obadia, the owner of Paris- and Brussels-based Galerie Nathalie Obadia, who turned heads with a solo booth of works by the Indian-born American artist
Rina Banerjee
. “We do about 10 fairs every year, and many collectors do about the same number, so it’s important to do something that stands out, that lets people engage with the work.” Collectors were engaging early on: Obadia sold one of Banerjee’s sculptures for $50,000 and two drawings priced between $15,000 and $20,000 during the fair’s preview. 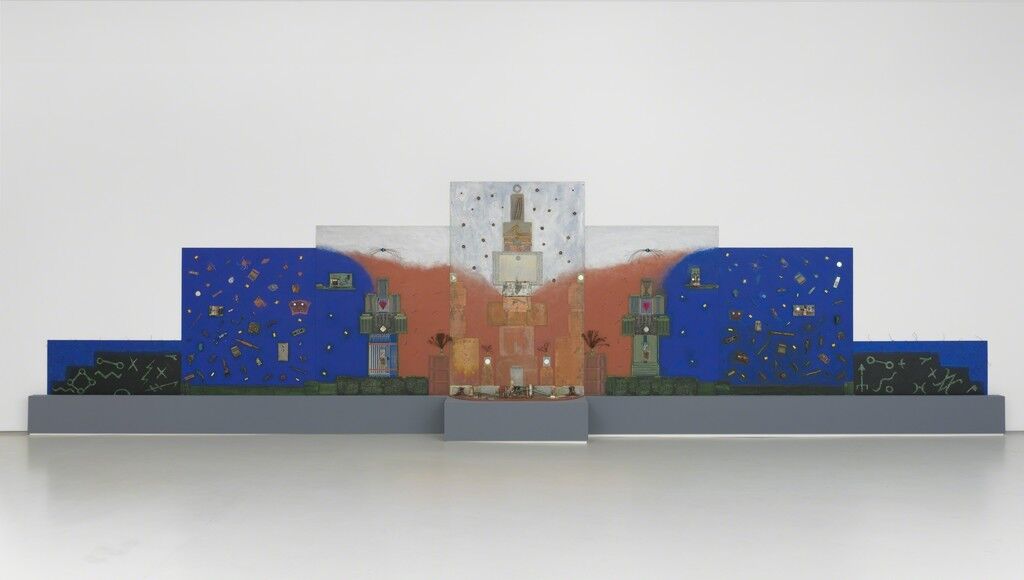 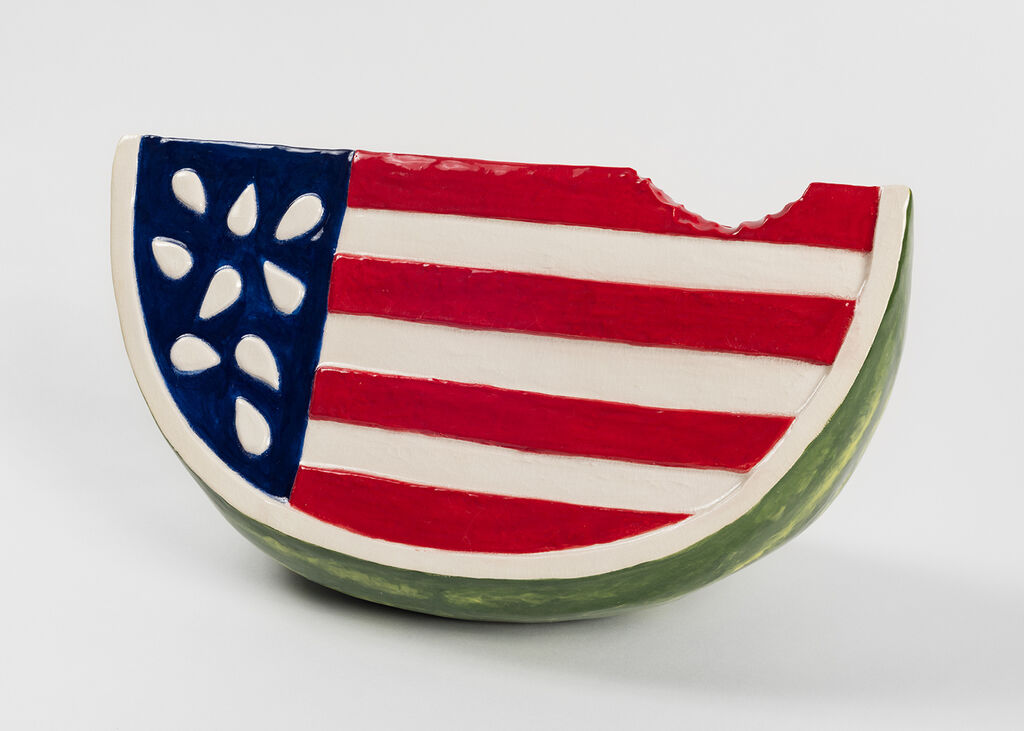 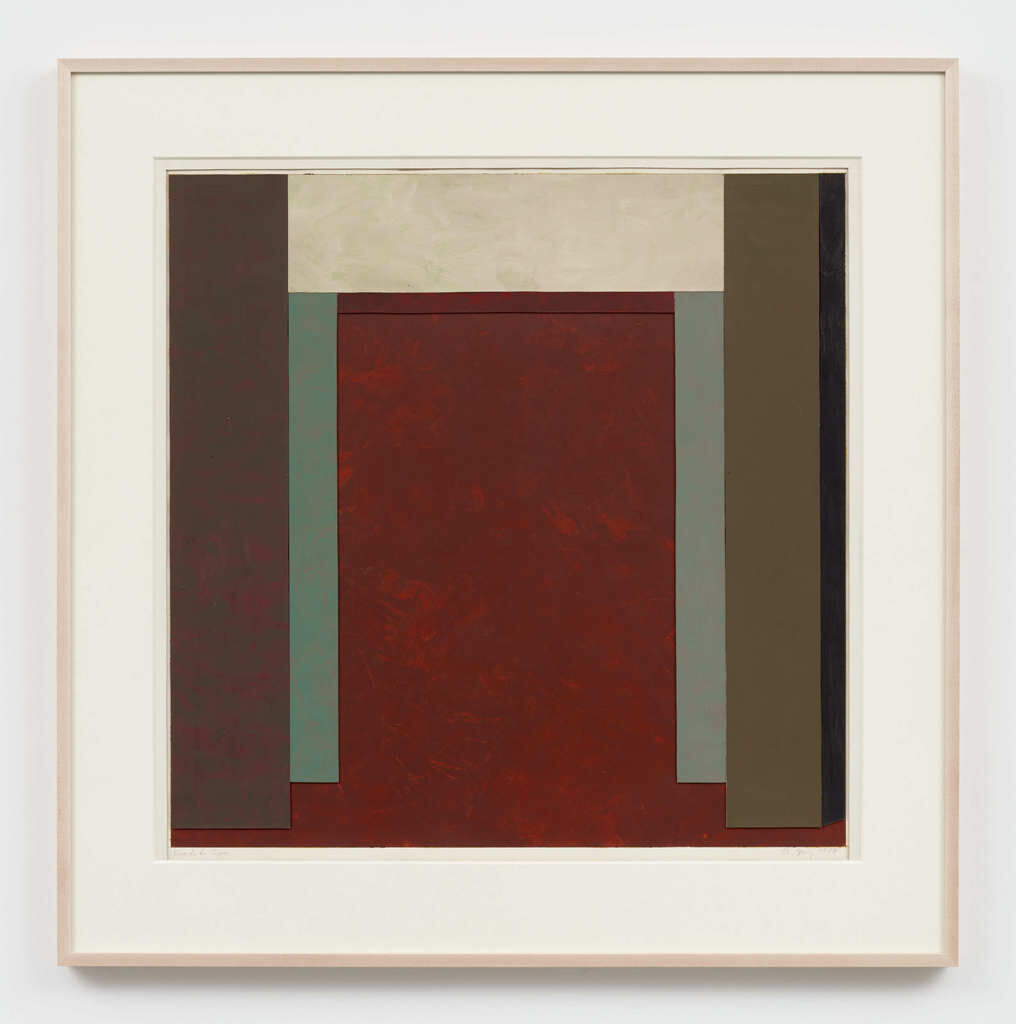 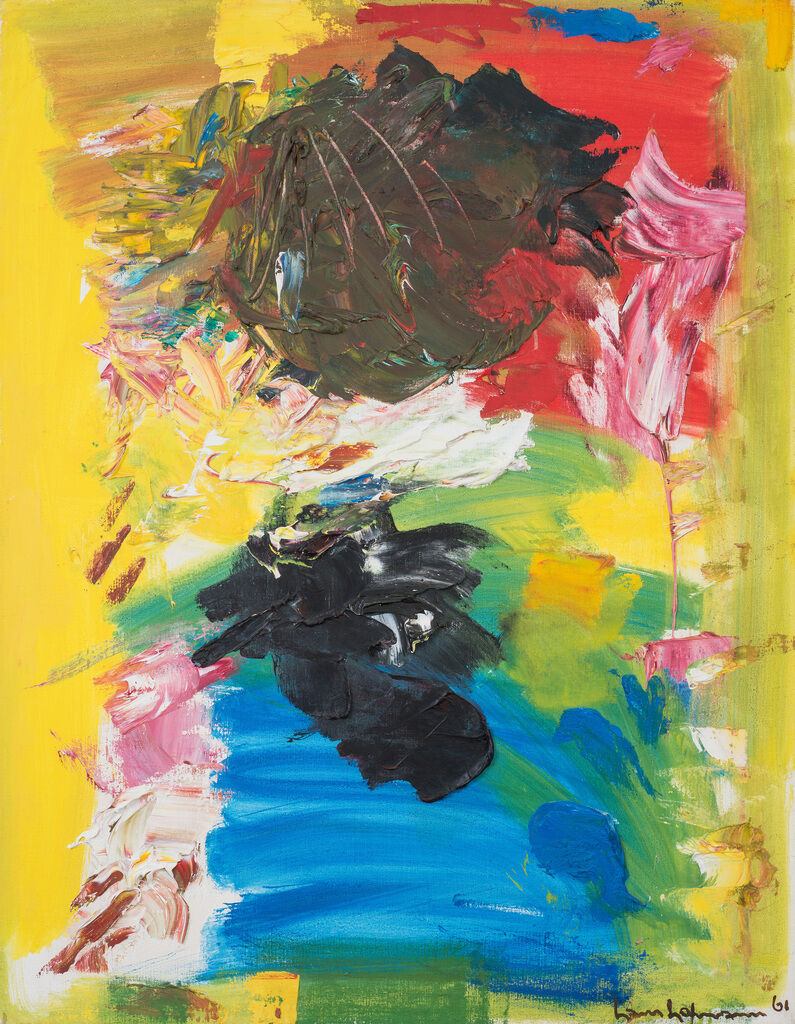 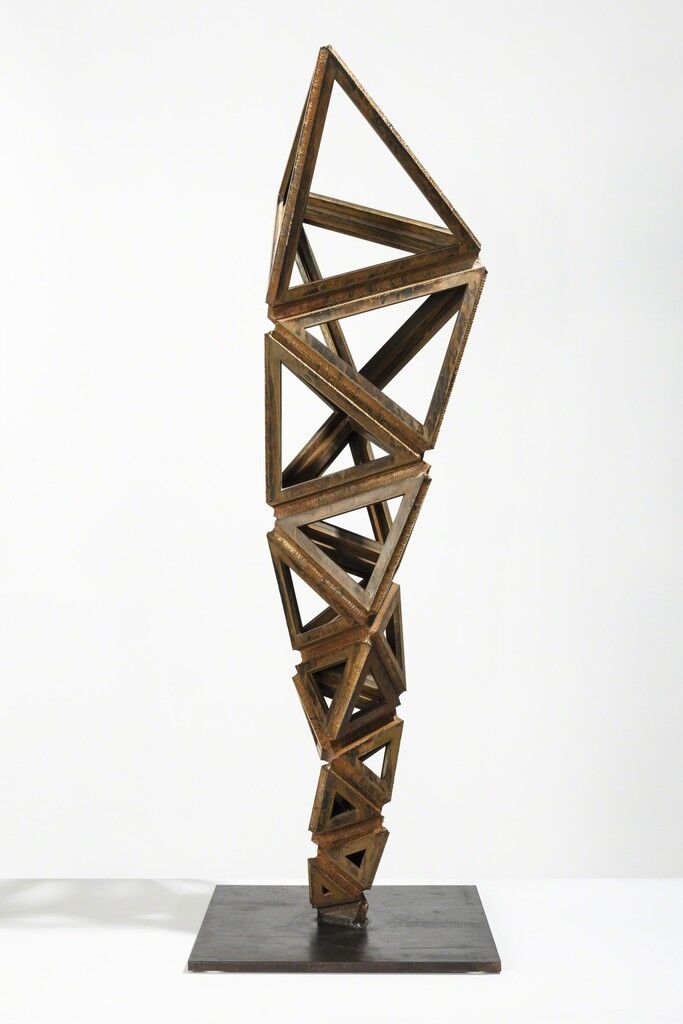 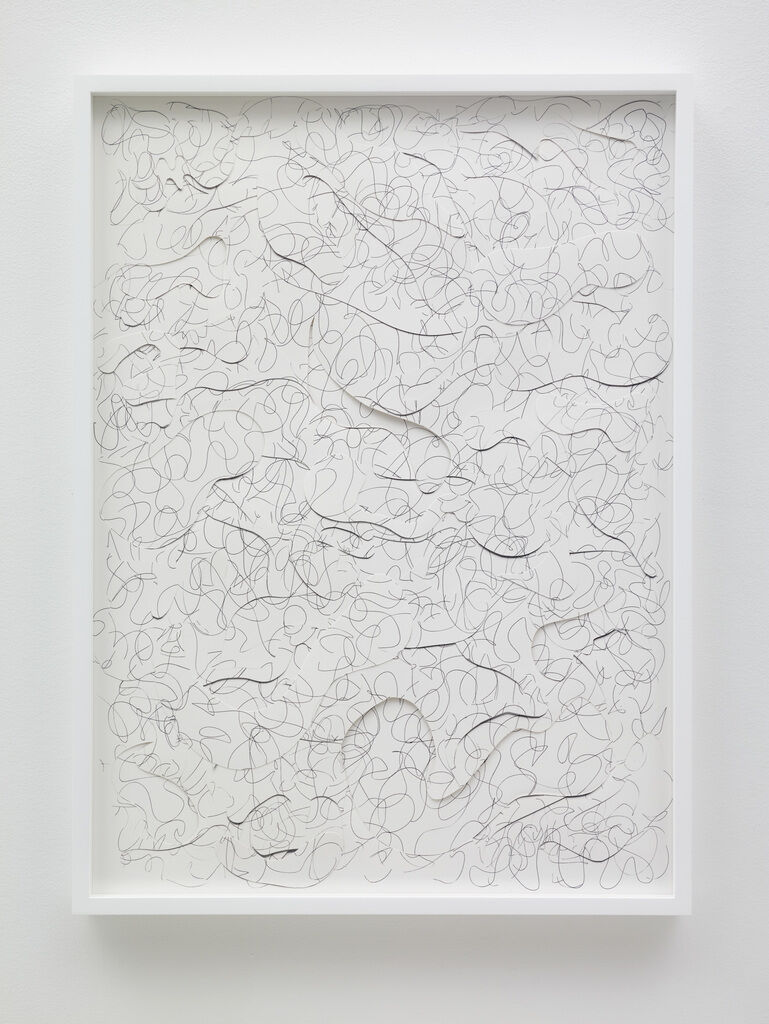 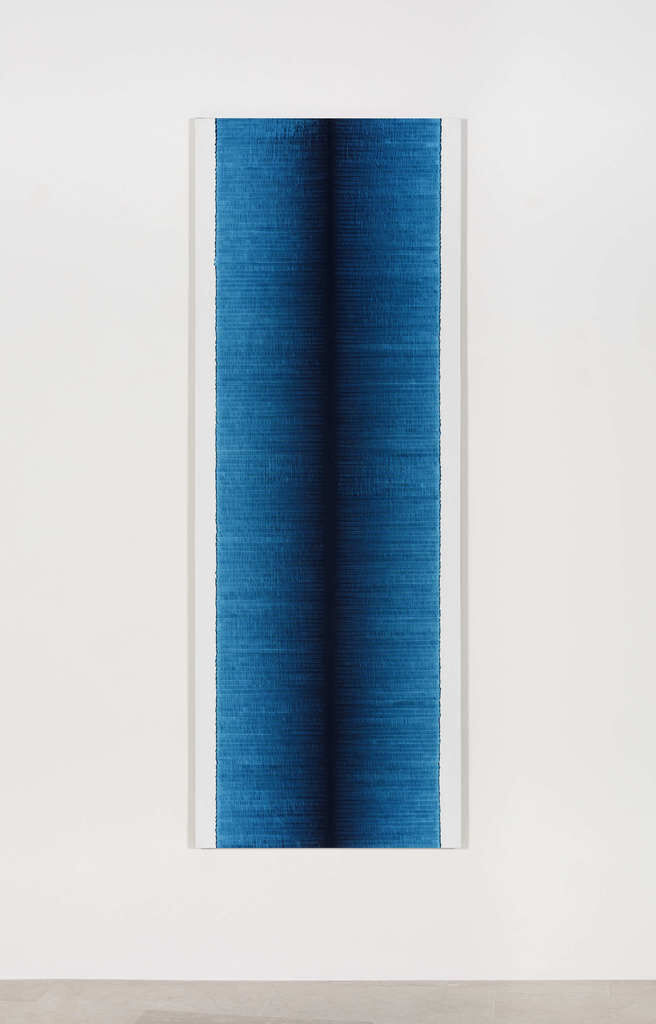 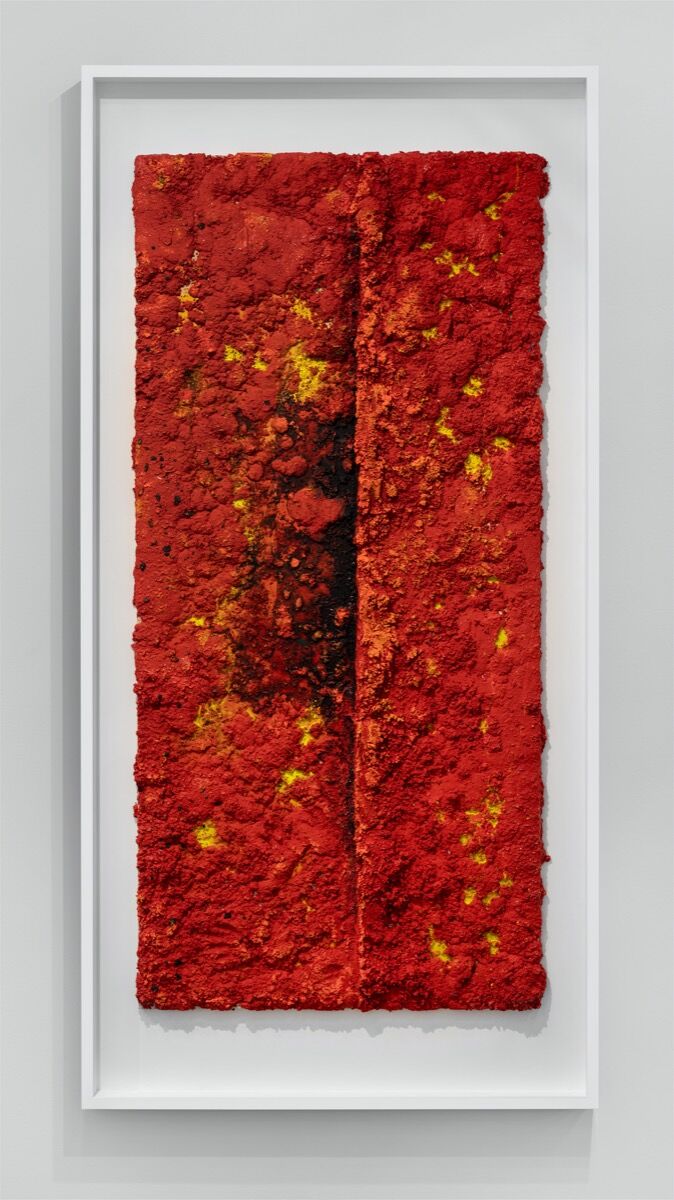 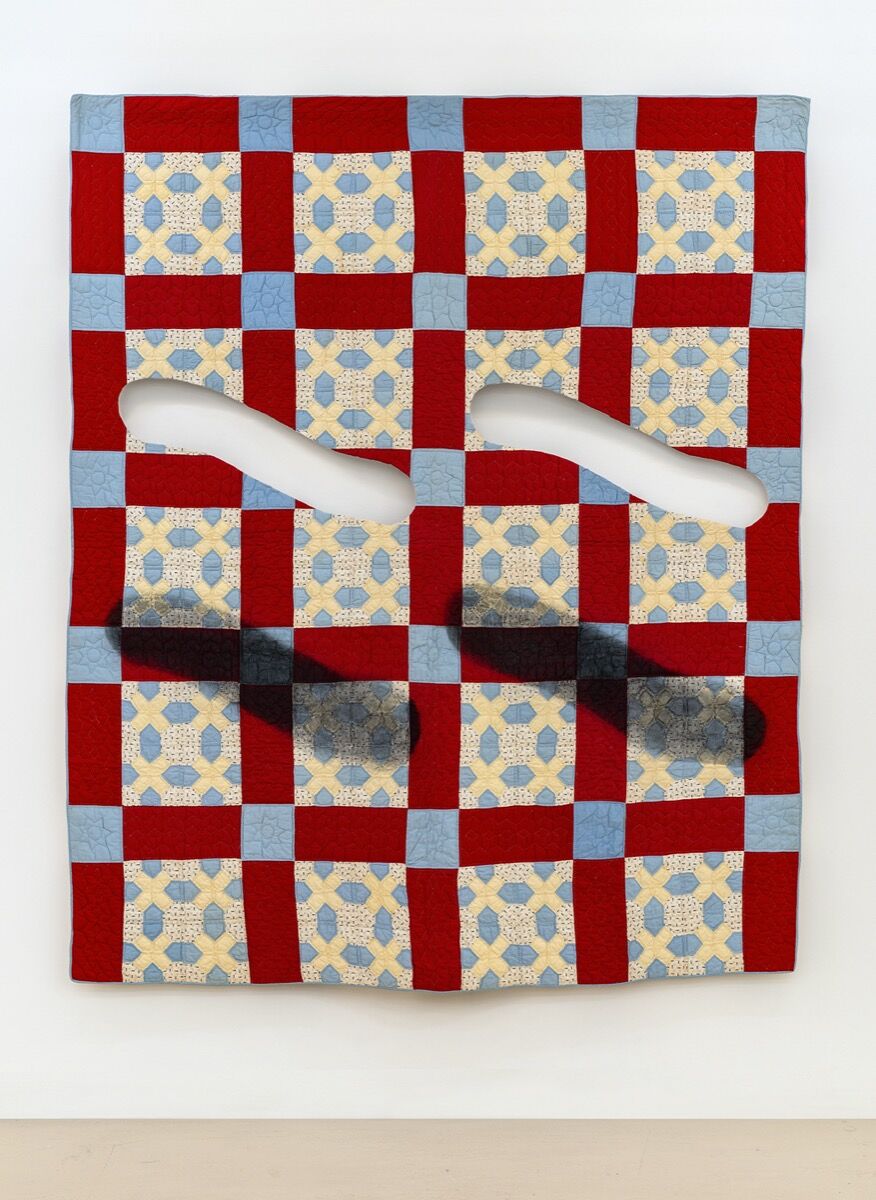 “The Armory Show is the classic New York fair, and it’s a very American fair—I don’t think I’ve spoken to any European collectors yet,” David Castillo said Thursday afternoon in his booth, which at the time contained only one unsold work. “But it didn’t feel like it’s slow. I’m sure some people stayed away, but it wasn’t noticeable.”
Downtown at one of Armory Week’s other major fairs, the Independent Art Fair, there was no noticeable drop in attendance due to the coronavirus, either. 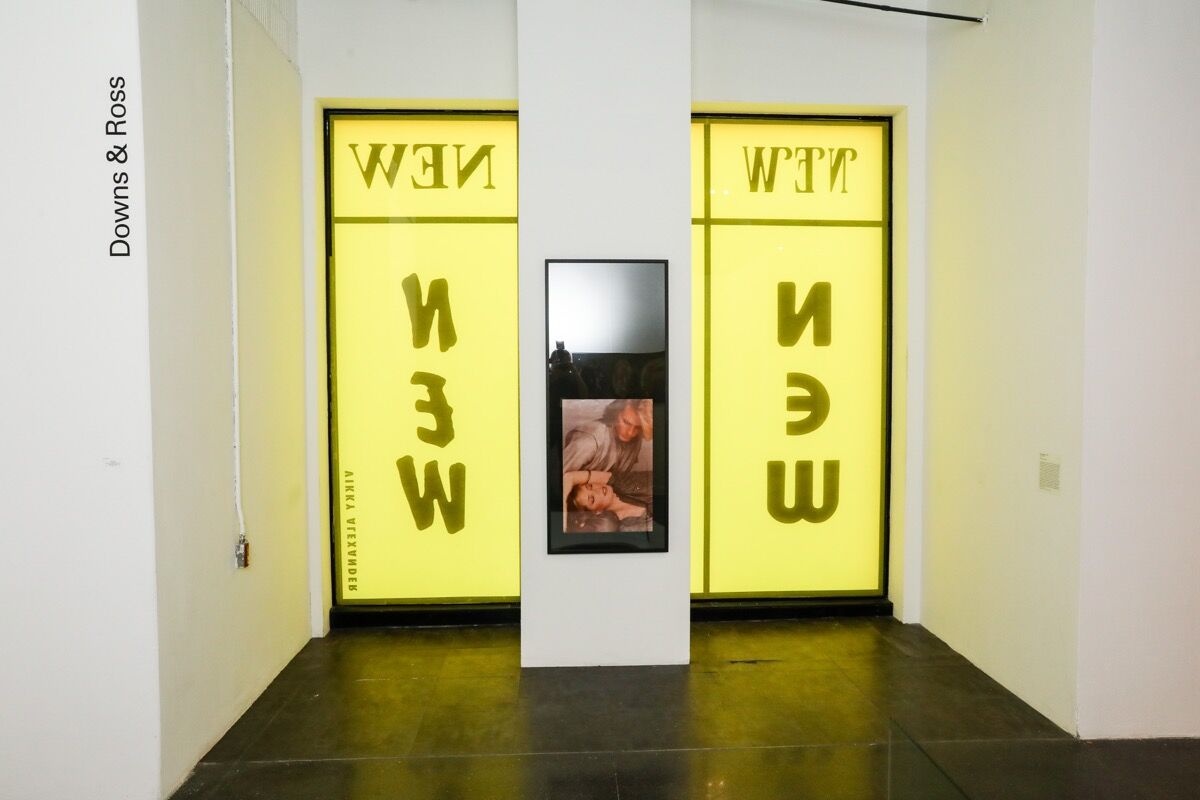 “We actually had slightly more people come to our preview this year than last year,” said Elizabeth Dee, Independent’s founder and CEO. “We’ve had a few cancelations from a handful of collectors, but there are also several collectors who were originally going to miss the fair because of travel plans who’ve had to cancel those plans and were able to come to the fair after all.”
With 68 galleries taking up four floors of the Spring Studios complex in Tribeca, the fair offered a more focused, boutique presentation than The Armory Show’s sprawling piers. Independent featured more than its fair share of paintings, both figurative and abstract, but also a strong strain of ceramics and works grappling with issues of identity.
“When you’re a fair, the temptation is ever-present to go big. But as you get bigger, you sacrifice a lot,” Dee said. “As a retired gallerist, I understand what galleries and artists need from fairs.” 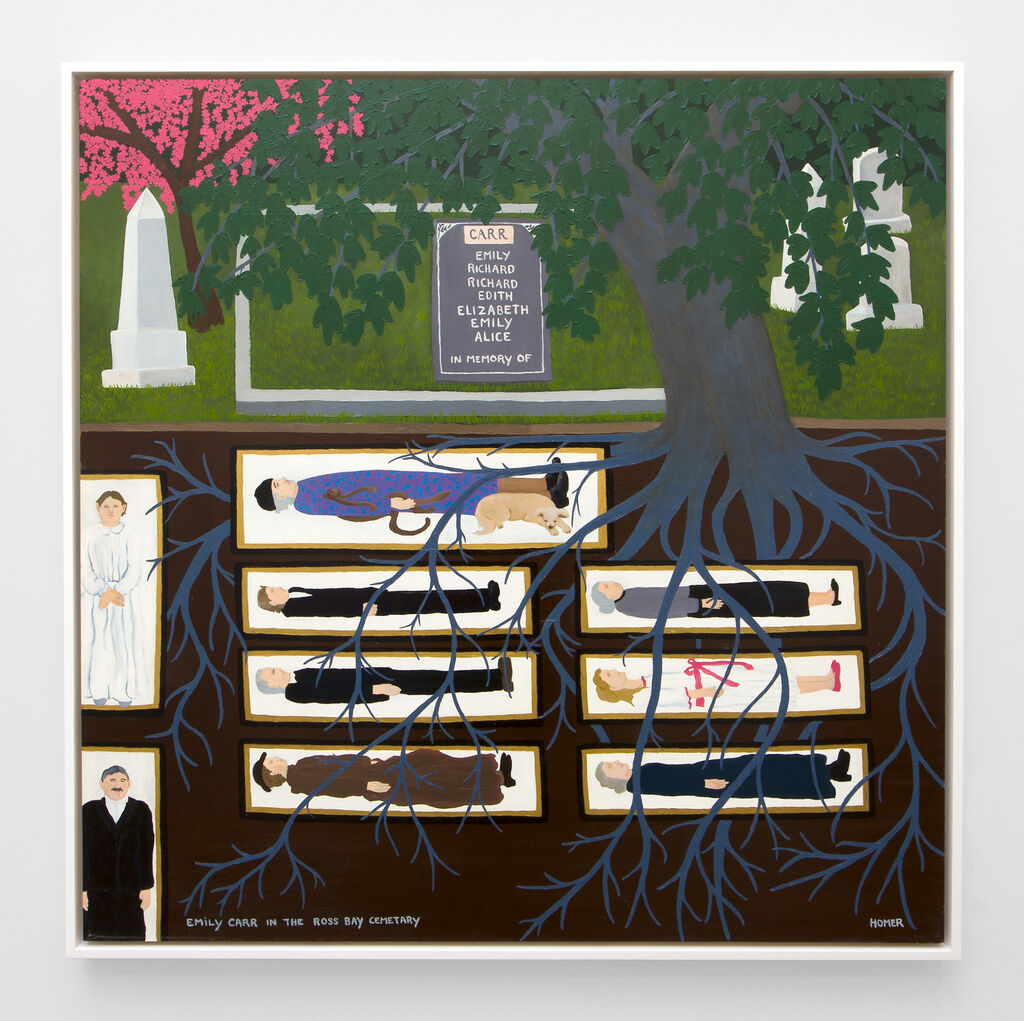 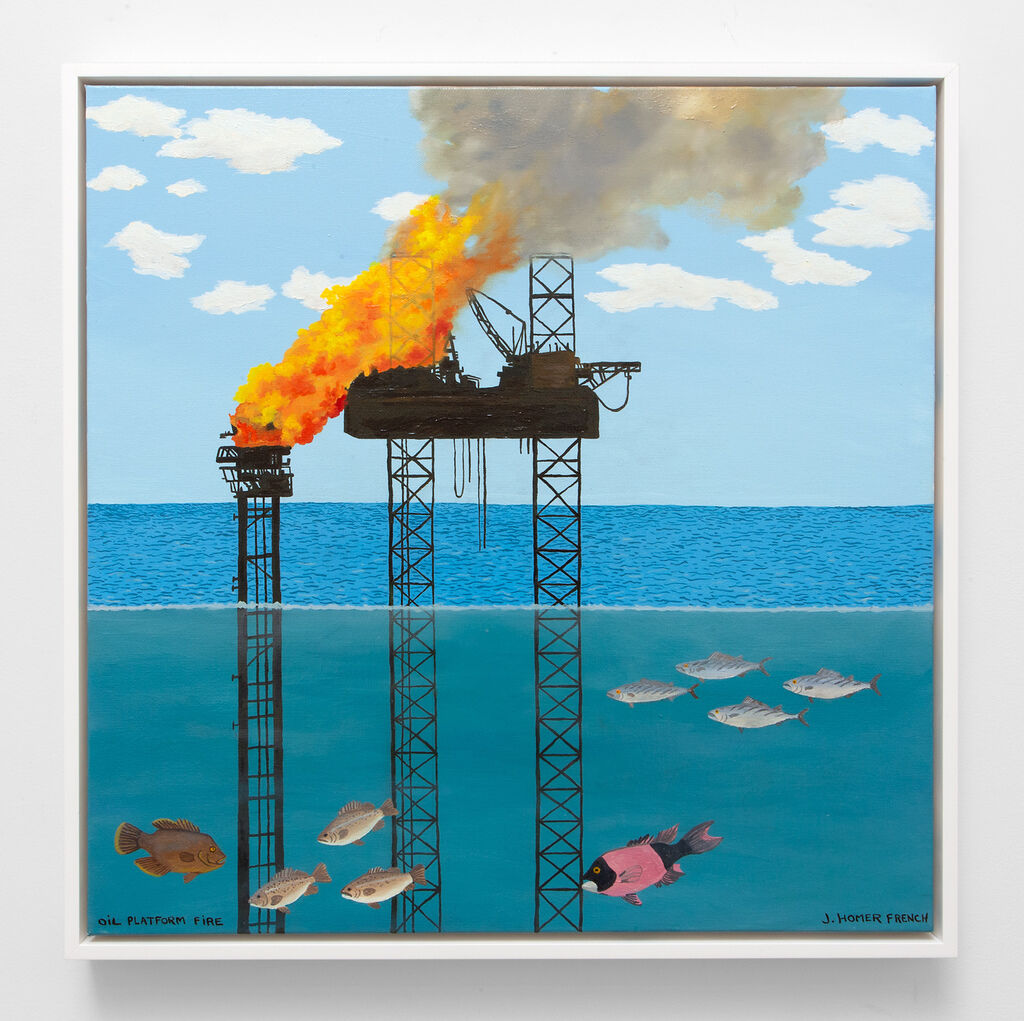 Jessie Homer French
Oil Platform Fire, 2019
VARIOUS SMALL FIRES
Dealers got what they needed during the fair’s preview, with 19 galleries reporting sales and 6 of them completely selling out their booths. Notable sales reported at Independent included the following: 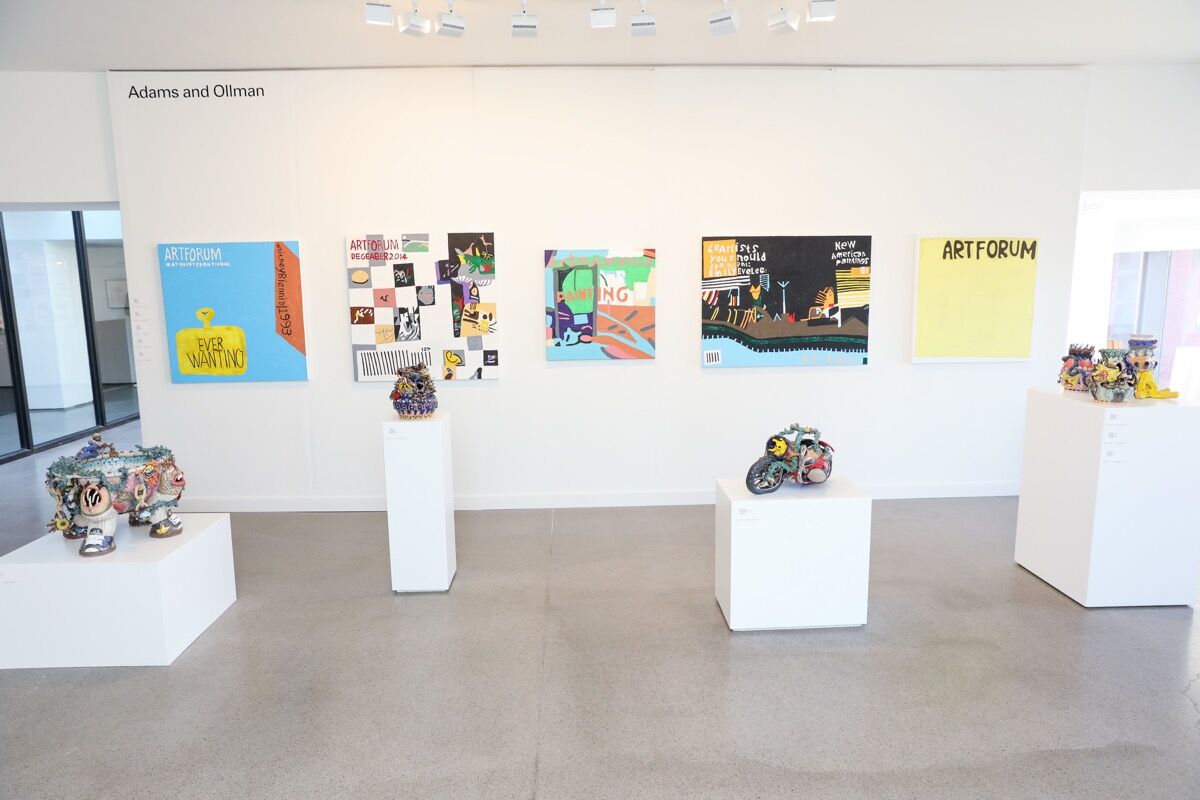 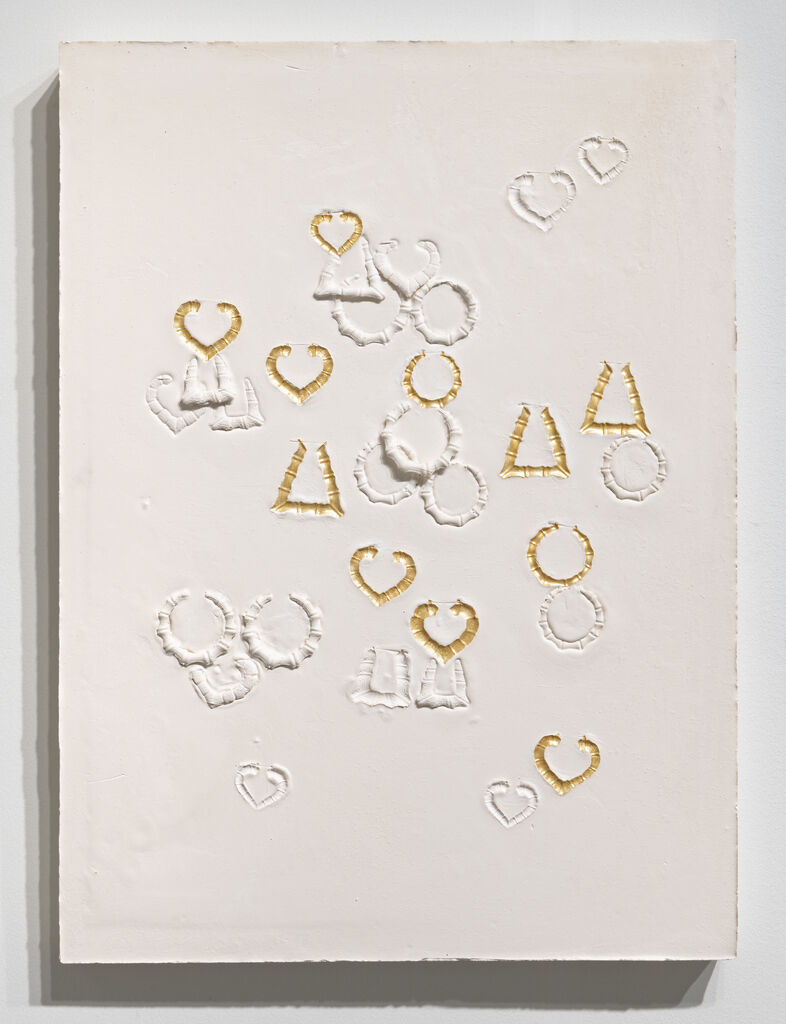 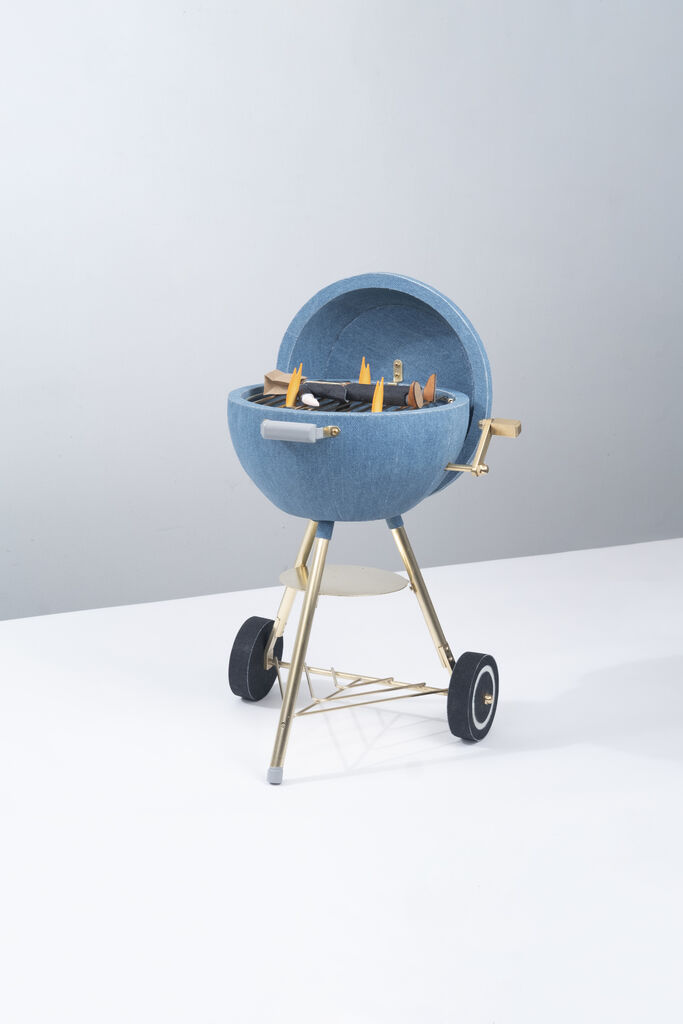 Nick Doyle
Well done, 2020
REYES | FINN
“I’ve done a lot of fairs over the years and I love this team,” said Leslie Tonkonow, the principal at New York–based gallery Leslie Tonkonow Artworks + Projects, which was showcasing a dazzling solo presentation by
Saya Woolfalk
. “I think the fact that Elizabeth Dee had a gallery for so many years means she’s really advocating for us.”
The need for support and solidarity was Armory Week’s resounding chorus. The fairs saw no major downturns in attendance or sales, but there was a sense of impending hardship. Reminders of the unfolding COVID-19 epidemic were everywhere, from forced changes in social behavior (elbow and fist bumps replaced handshakes and cheek kisses) to ubiquitous hand sanitizer stations. And the week was punctuated by news of major events being canceled or rescheduled in the art world (one of Italy’s biggest fairs, Miart, postponed its upcoming edition) and beyond (Austin’s music, film, and tech festival South by Southwest pulled the plug on its 2020 edition with just seven days notice). 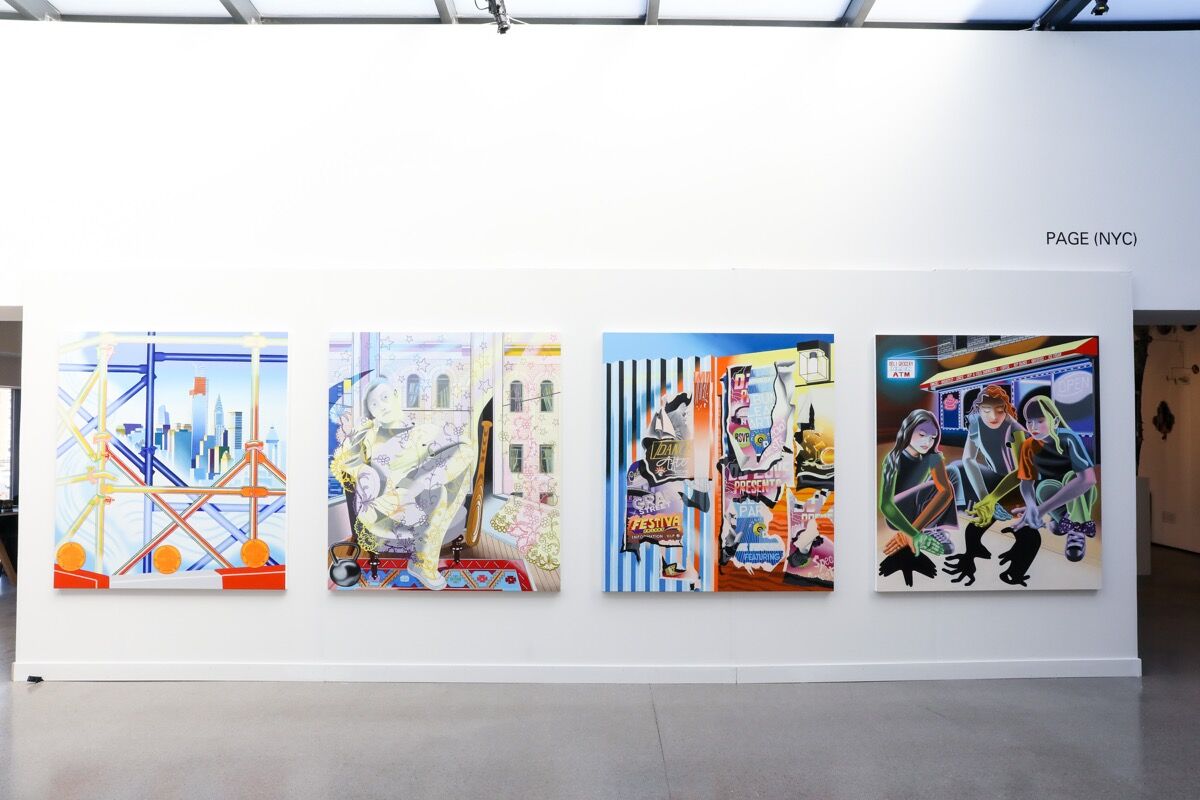 With Art Basel in Hong Kong and Art Central already canceled, the next major art market moment after Armory Week and the ongoing TEFAF Maastricht fair may not be until the Art Cologne and Art Brussels fairs in late April, or Frieze New York in early May and the major spring auctions that follow, all of which are currently scheduled to proceed. But the continued spread of coronavirus could lead to more cancelations or the need for galleries to refrain from attending fairs out of a need for safety—turning off a key revenue stream for many dealers. According to cultural economist Clare McAndrew’s “The Art Market 2020” report, published Thursday by Art Basel and UBS, art fair sales accounted for 45 percent of dealers’ total sales by value in 2019.
Further down the line sits a second, more procedural change: The Armory Show’s move to September. It remains to be seen how the rest of Armory Week’s fairs—from Art on Paper and Volta to Spring/Break—will respond: Will they follow suit, stick to their current schedules, or opt to join Frieze Week in early May? But between the pressures of the coronavirus crisis and the upending of New York’s art fair calendar, dealers and fair organizers will be facing some difficult decisions and looking for creative solutions in the coming months.
“Fairs should and need to evolve,” Dee said, noting that Independent will not coincide with The Armory Show or Frieze in 2021. “Galleries also need to evolve—they’re still operating on a model that was developed more than 50 years ago.”
Benjamin Sutton is Artsy’s Lead Editor, Art Market and News.
Related Stories