On Friday night at the Élysée Palace in Paris, dealers and artists in town for the annual Foire Internationale d’Art Contemporain—the fair known as FIAC, which opened to VIPs on Wednesday with 195 galleries from 27 countries, and closed Sunday night—attended a party where the guest of honor set to address them was no less of an eminence than French president Emmanuel Macron. No head of state in France had thrown such a party for the fair since 1985.
“I’ll always be with those who create,” President Macron said to the crowd, which included dealers such as Daniel Templon and Kamel Mennour, collectors such as Laurent Dumas and Guillaume Houzé, and artists such as
Adel Abdessemed
and
Laurent Grasso
. “I need creative, unruly and inspiring people.” 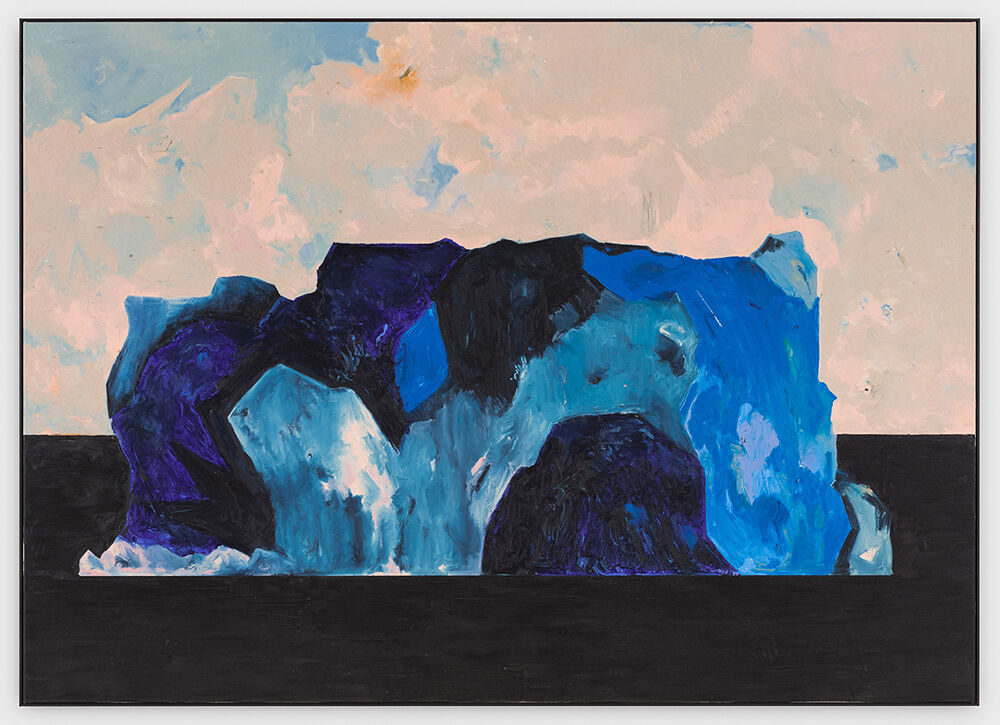 Harold Ancart
Untitled, 2018
David Zwirner
The gesture from Macron harmonized nicely with the narrative that dealers, collectors, and advisors had been pushing all week: Almost three years after the terrorist attacks of 2015 crippled local tourism, FIAC has bounced back, with an energy and buying power that rival the Frieze London and Frieze Masters fairs held in the Brexit-affected U.K. two weeks earlier. Organizers said that 75,000 visitors were expected to attend, and the fair confirmed Monday that attendance figures nearly approached the estimate, as 72,500 people stopped by the Grand Palais in five days.
The strength of FIAC makes a case for Paris as a market power, even though France as a country lags behind the U.S., the U.K., and China in sales volume. According to Clare McAndrew’s The Art Market | 2018 report, released earlier this year by UBS and Art Basel, the U.S. has a global market share of 42%, followed by China with 21% and the U.K. with 20%; France is in fourth place with 7%. If collectors have to choose between going to Frieze or going to FIAC, one major selling point of London is that you can kill two birds with one stone: There are contemporary art fairs and contemporary art auctions. Paris during FIAC has no major contemporary sales to lure collectors who like to buy at booths during the day and bid via a paddle in the sales rooms at night. 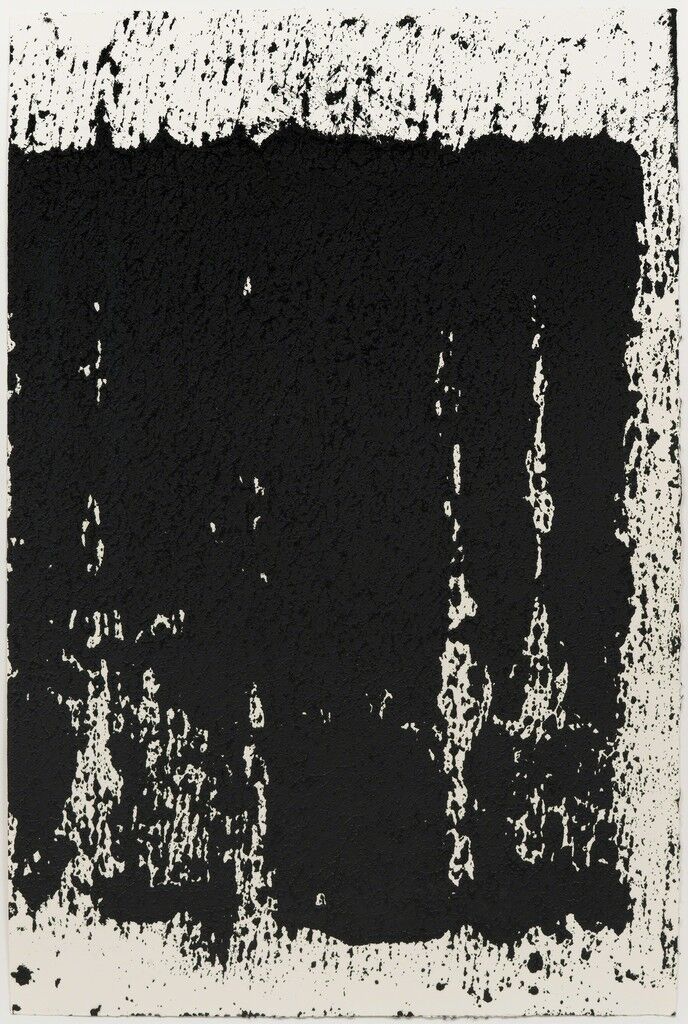 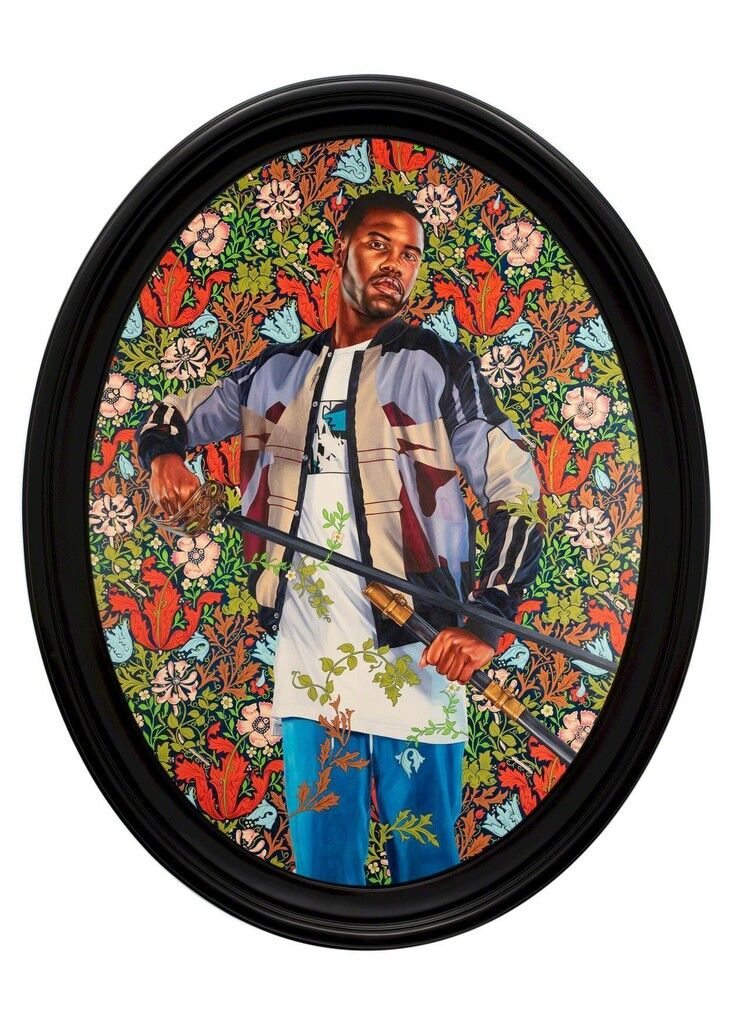 Kehinde Wiley
Portrait of Quentin Lee Moore, 2018
Templon
Advertisement
According to The Art Market | 2018, in 2017, sales in France ticked up 9% to reach $4.1 billion. And while several mega-galleries have opted to expand first to Los Angeles or Asia rather than set up a brick-and-mortar space in Paris, the presence of all the world’s biggest galleries at FIAC reflected the buoyant local collecting. Hauser & Wirth has no gallery in Paris and sat out FIAC in 2017, but this year, the mega-gallery decided to return with a themed booth called “Le Cœur est Là,” which explored the notion of sexual ambiguity and the human body, and garnered some of the fair’s most notable sales.
Philip Guston
’s Martyr (1978), a noisily brilliant painting of arrows smashing into a wooden box, sold for $6 million, a significant price for any fair. Also at the booth was a large
Louise Bourgeois
work on paper, Les matins se lèvent (2010), which sold for $2.5 million. By the end of Wednesday’s VIP preview, the gallery had also sold two ceramic tile wall works by
Rashid Johnson
—one for $315,000 and the other for $245,000—to a French foundation.
David Zwirner is another mega-gallery that has yet to plant a flag in France with a Paris gallery, and it sold a brand-new, bright yellow, 4-foot-tall
Carol Bove
steel sculpture, Bather (2018), for $500,000; a
Sherrie Levine
sculpture for $240,000; and a
Richard Serra
work on paper, Orchard Street #11 (2018), for $350,000. A large untitled painting of an iceberg by
Harold Ancart
—the first time the celebrated young artist appeared in a Zwirner fair booth since his first show with the gallery in London last August—sold to a European institution for $150,000.
“This is already our best FIAC in four years,” said James Green, a director at Zwirner’s London gallery, on Friday, with two days still to go. 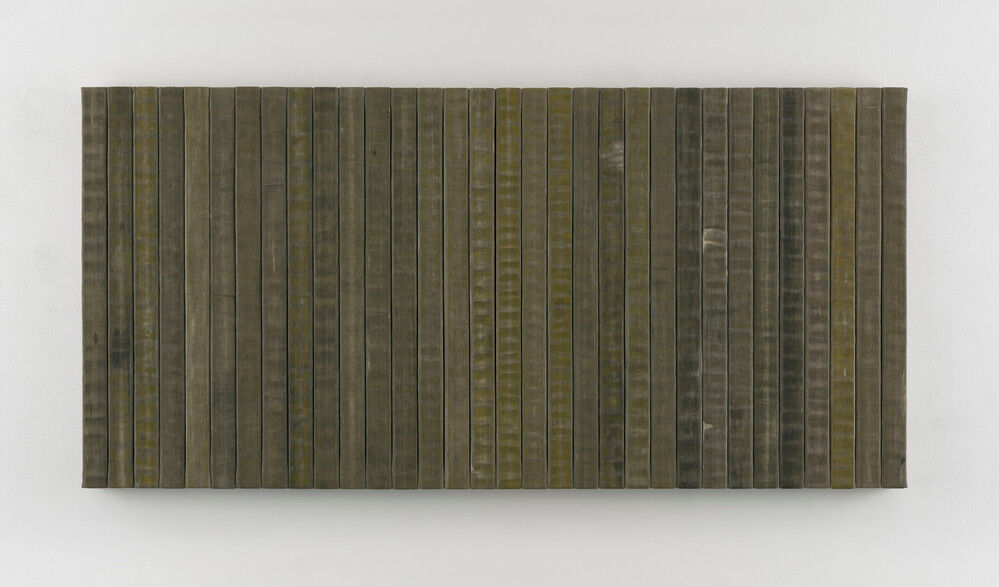 White Cube, another outfit with a heavy London presence but no gallery in Paris, sold a large
Theaster Gates
“Civil Tapestries” work for $750,000; two paintings by
Georg Baselitz
for €495,000 ($567,628) each; and two paintings by
Tracey Emin
, one for £240,000 ($311,518) and another for £290,000 ($376, 417).
Such reported successes had attendees speculating whether FIAC had ousted the Frieze fairs in London for the prize of October’s best European fair. One art advisor, who asked to not be named, said he had seen more American collectors at Paris Internationale, the satellite fair for young galleries that runs concurrently to FIAC, than he had at all of Frieze two weeks earlier.
When asked to compare the two fairs, Andreas Gegner, the director of Sprüth Magers’s London location, said, “We had a fabulous Frieze, but I talked to others who said it was very slow.” 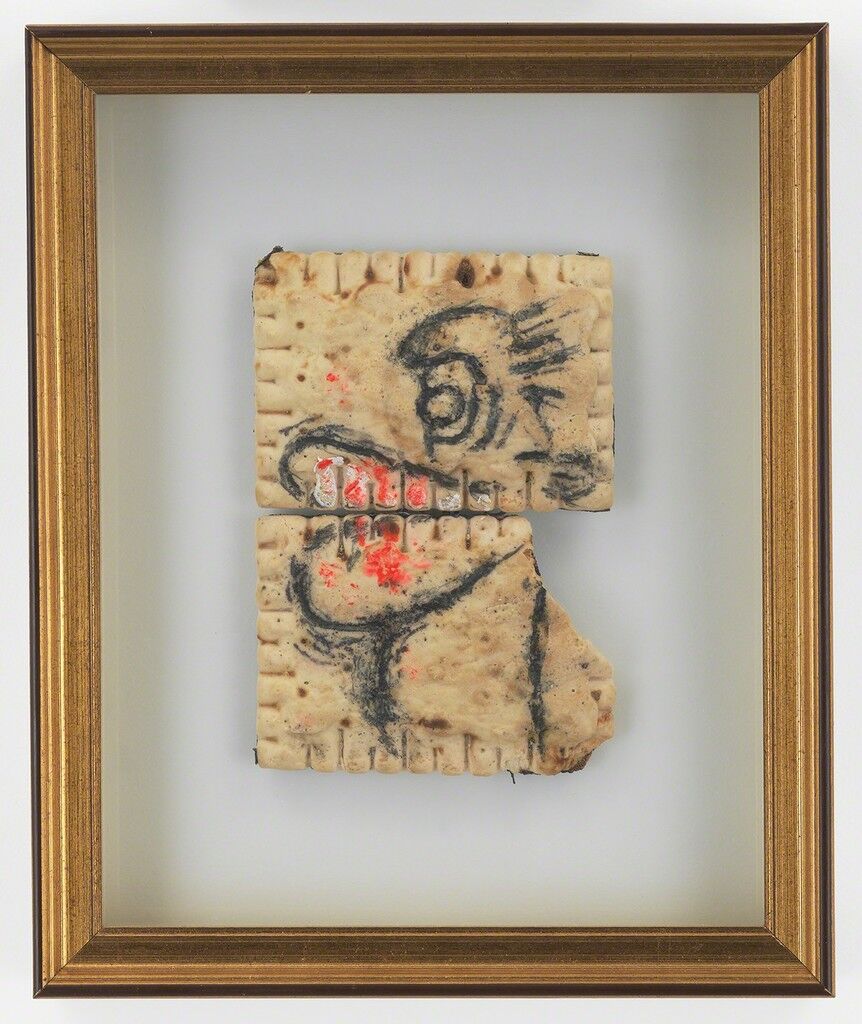 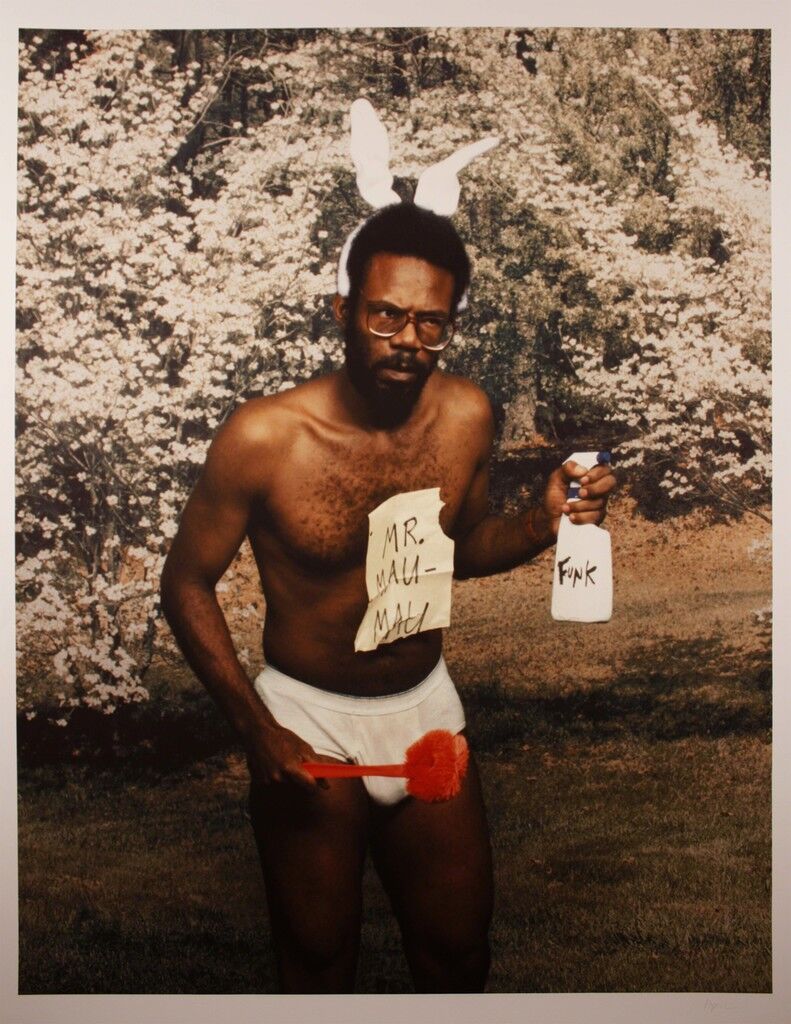 Pope.L
Foraging (Mr. Mau Mau), 1995-2001
Mitchell-Innes & Nash
“They said, ‘We hardly did any business and the mood was very low,’” Gegner said, referring to Frieze.
“But here”—here being Paris—“everyone is very happy,” Gegner went on. “It’s the most beautiful fairground on the planet, and it really lends itself to showing art.”
The booths are awash with sunlight streaming in from the glass ceiling of the Grand Palais, an atmosphere that helped Sprüth Magers sell multiple works in the opening hours, including a
George Condo
drawing for $450,000 and a
Rosemarie Trockel
work for €185,000 ($212,174). On Friday evening, they were in the final stages of selling a Condo painting, The Antipodal Explorer (1996), for $1.4 million. 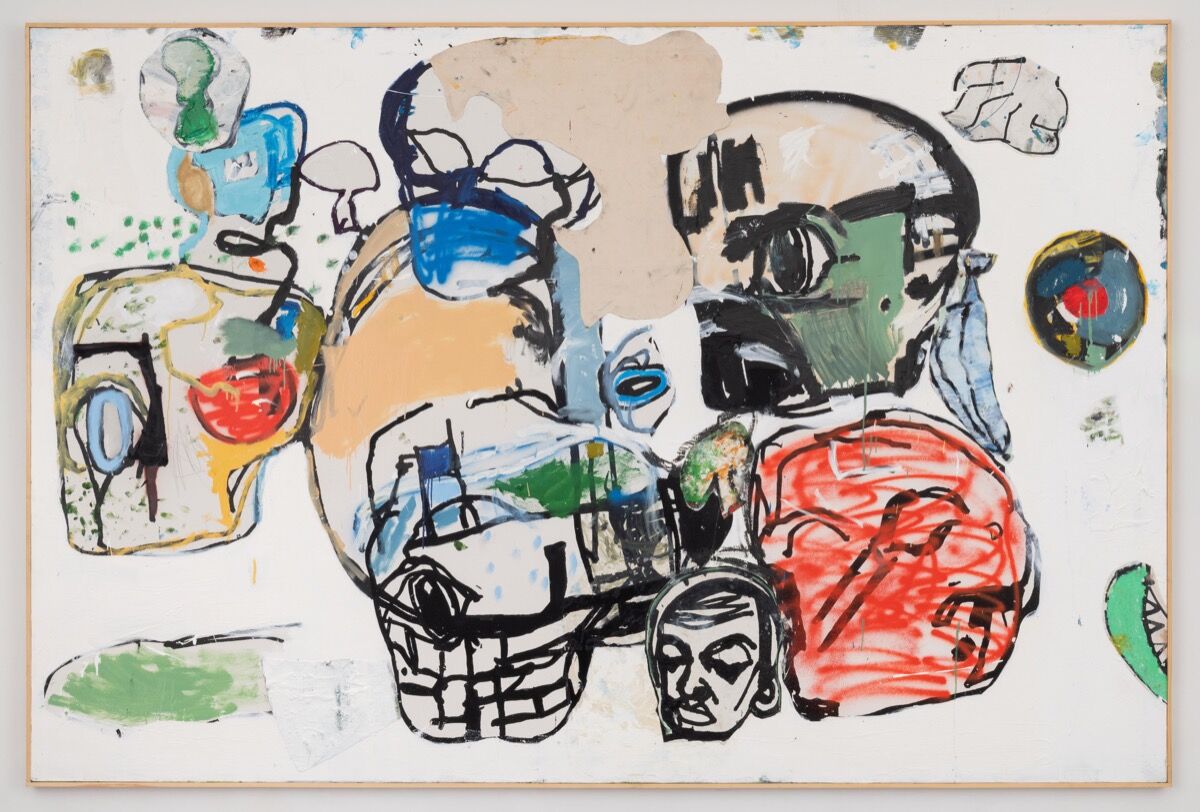 The New York–based Mitchell-Innes & Nash opted to do FIAC instead of Frieze London because of the nature of its program: the way it represents contemporary artists, but also sells
Impressionist
and modern art on the secondary market.
“We can show all of it here at FIAC, whereas Frieze is bifurcated between Frieze London and Frieze Masters, and we wouldn’t do both fairs,” said director Josie Nash. In Paris, her booth held Pop-Tart works by
Pope.L
—which sold for figures between $10,000 and $15,000—and paintings by
Eddie Martinez
—which sold for figures between $35,000 and $95,000—as well as works by
Imp-Mod
masters
Max Ernst
,
Jean Dubuffet
, and
Raoul Dufy
.
Nash added that FIAC, more than other fairs, can attract not just some board members of an institution but the entire board—meaning that acquisition decisions, which have to be unanimous, can be made on the spot. When asked why FIAC is a fair that can attract an entire board of a museum, Nash said that those who sit on museum boards find it hard to say no to a trip to Paris in October, when one of the world’s most institution-rich cities is hosting multiple can’t-miss shows. 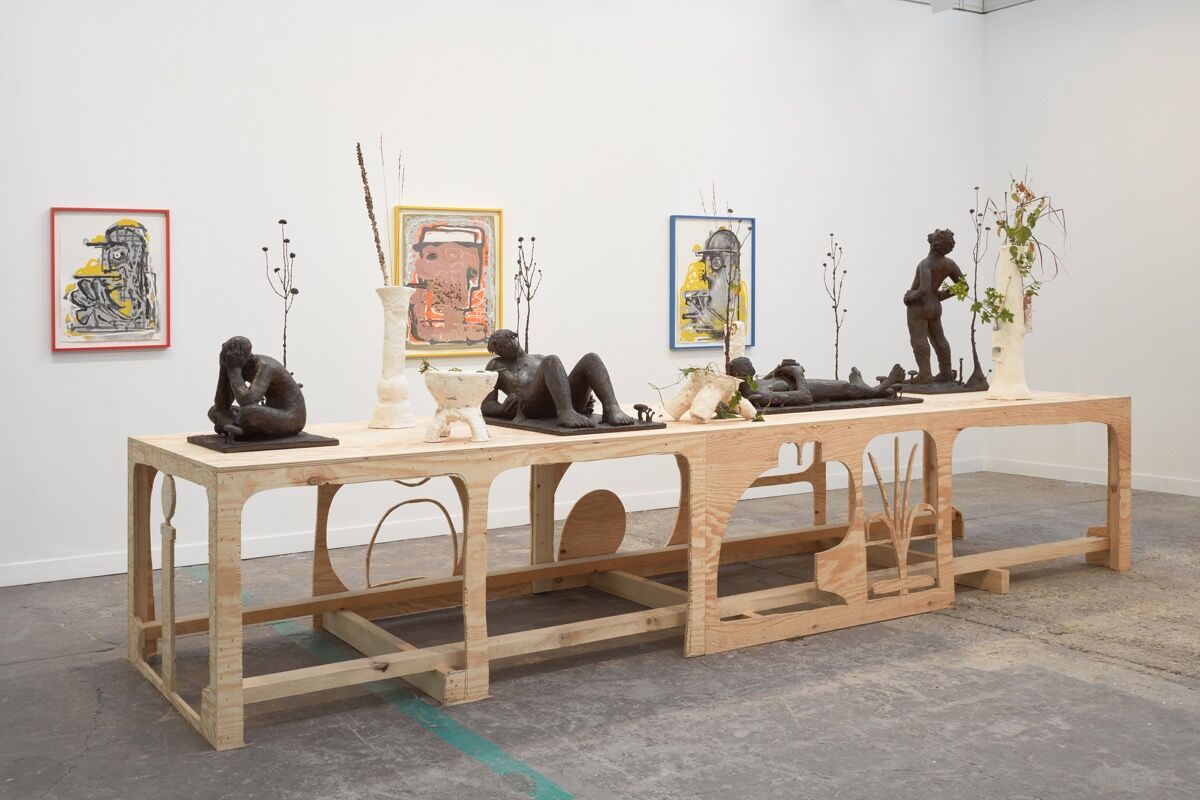 Templon’s Mathieu Templon, who is the director of the Paris-based gallery’s space in Brussels, also said that FIAC had been better for the gallery than Frieze, though he acknowledged that “we’re playing on our own home turf, so we know a lot of collectors here.”
“But we still meet new French collectors, and sell to people we know but haven’t sold to yet,” Templon added. “I think FIAC might have been better for galleries than Frieze. You get a very serious vibe here.”
Templon said that, by mid-day Friday, his gallery had sold most of its booth, including a
Kehinde Wiley
portrait completed just three weeks earlier. The gallery found a collector to buy it for $200,000 within minutes of the fair opening, he said. 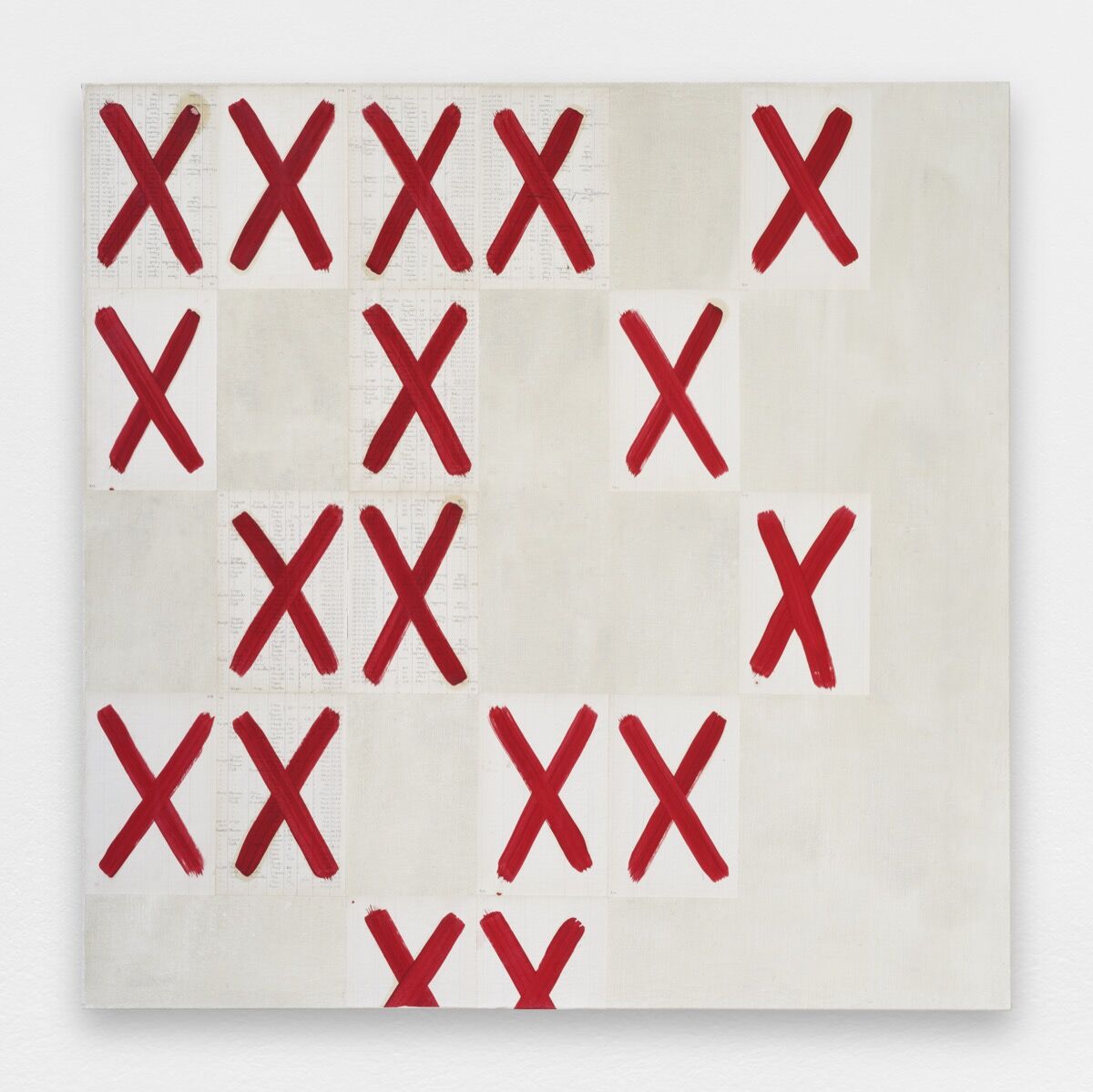 François Ceysson, the director of Ceysson & Bénétière—a local gallery that also has outposts in Luxembourg, Saint-Étienne, Geneva, and New York—agreed that, for his gallery, FIAC is the best fair of the year, a hometown occasion where it can reap the benefits selling work to both local clients and those who come to town and know the gallery. And Ceysson said that this year had been its best yet.
“In the first three hours of the fair, we did 10% of our annual sales, and we’ll end up doing 20% by the end of the fair,” he said.
He added that the gallery had sold a large
Noel Dolla
work for €300,000 ($344,007), and
Louis Cane
’s X (1967) had sold for €150,000 ($171,995). 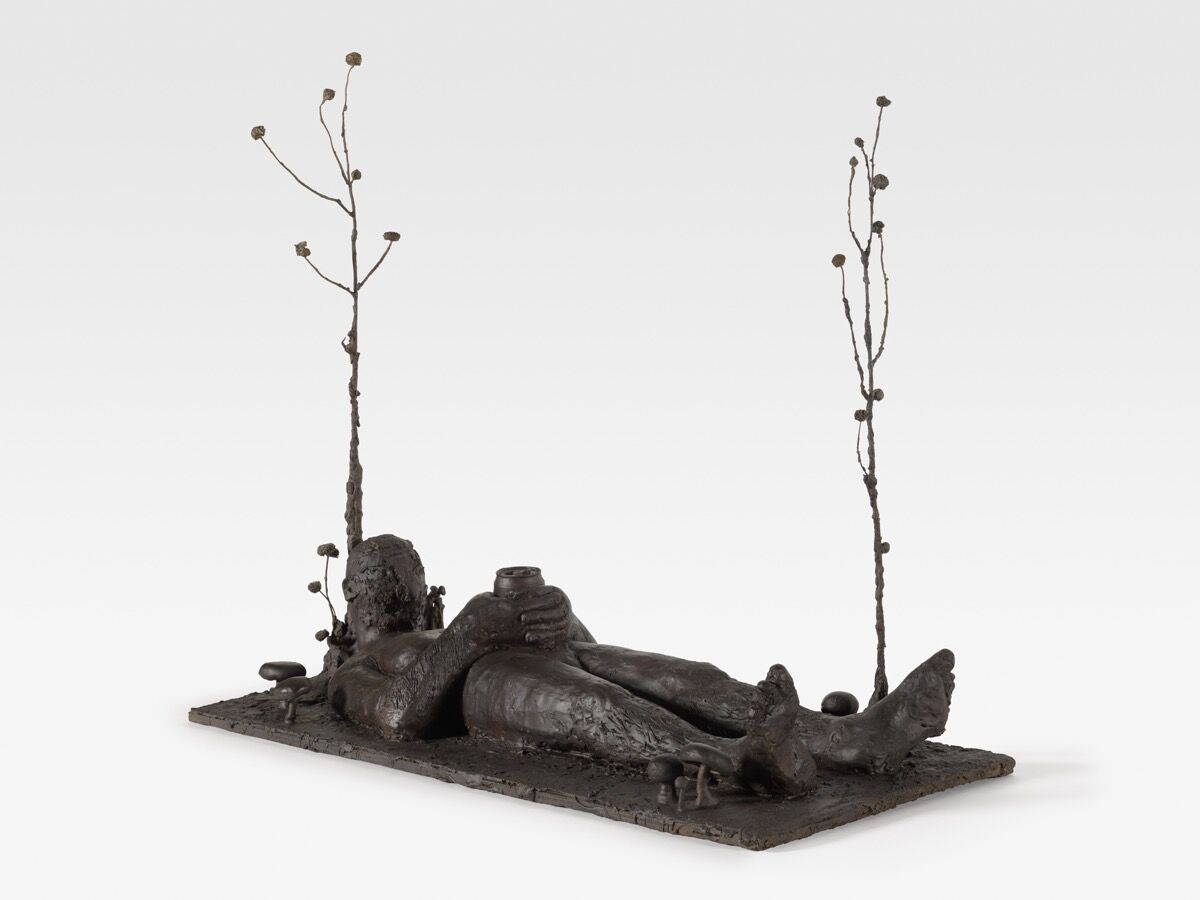 Many galleries opted for solo booths showcasing a single artist, including Anton Kern Gallery, which had works in multiple media by
Nicole Eisenman
, many of which were set on a wooden table that had been built by the artist in the booth.
The four bronze sculptures installed atop Eisenman’s wooden table each came in an edition of four. During the VIP day, an American collector bought one of each individual work. They were priced at $225,000 each, or $900,000 for the full set—a price high enough to be one of the fair’s biggest first-day sales.
Bridget Mulholland, the director at Anton Kern Gallery, noted that even though Eisenman is well known in the U.S.—the artist was awarded a MacArthur “Genius” grant in 2015—she has not had a solo show in Paris in over a decade. Eisenman asked Kern, who represents her, to give her a solo booth at FIAC, specifically. 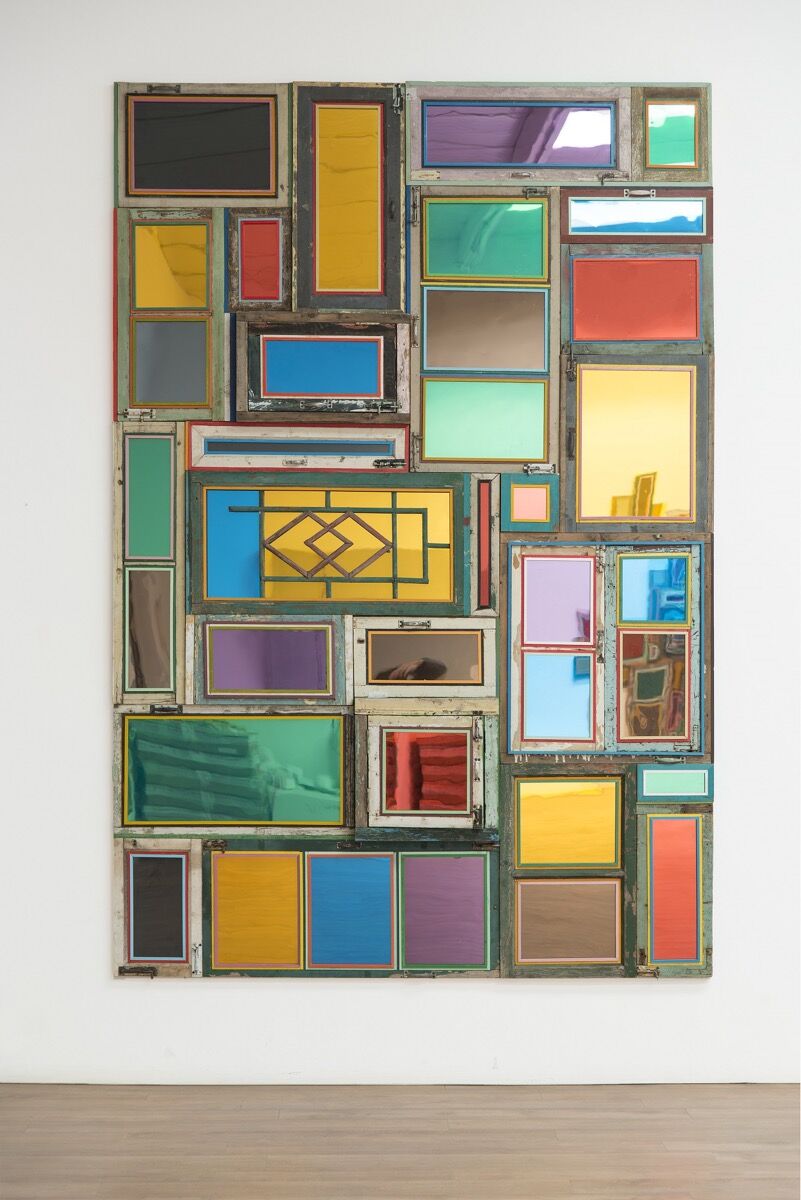 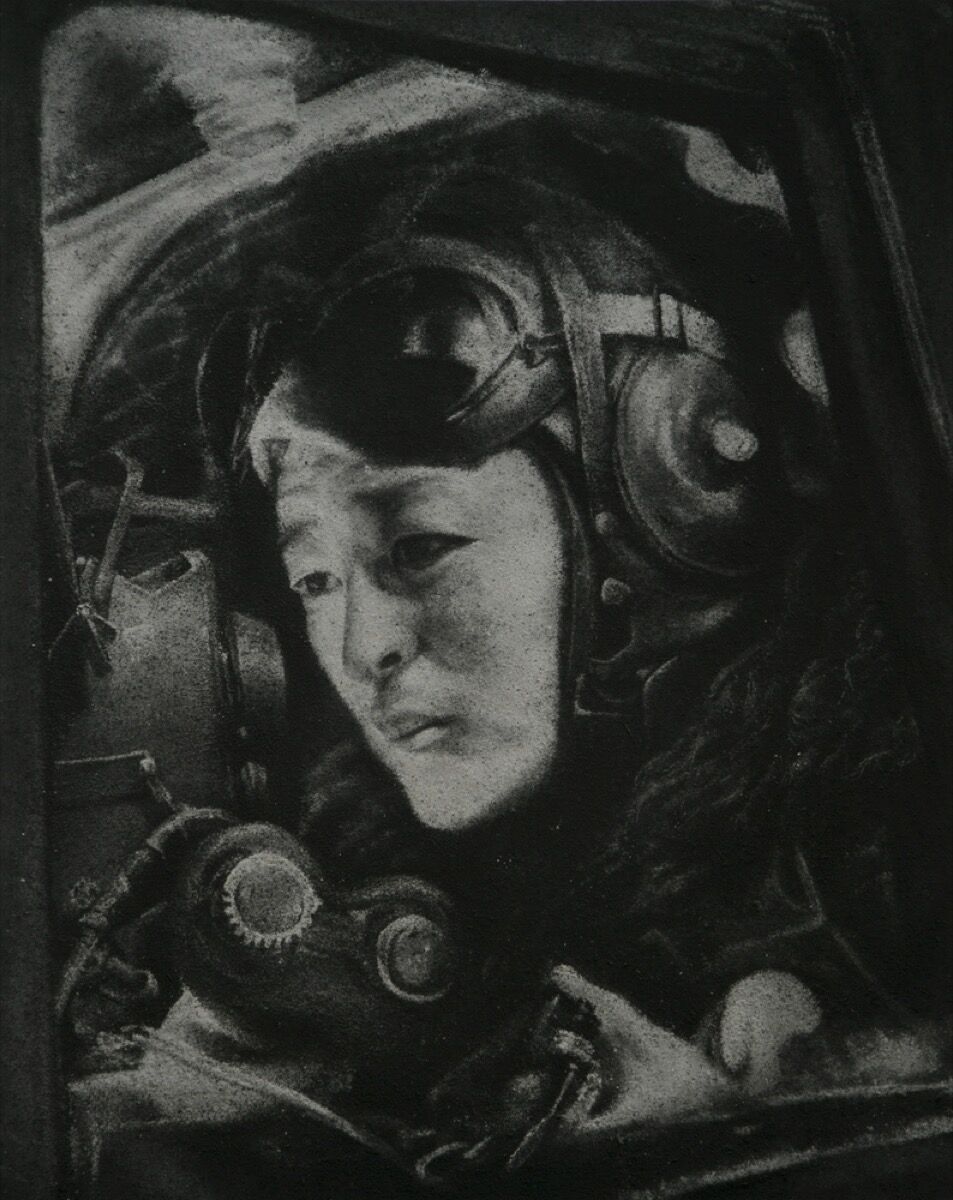 “People have been floored by her work, as Parisians didn’t known her,” Mulholland said, adding that they had sold all of her paper-pulp paintings, which were priced between $30,000 and $40,000.
Instead of having a solo booth, Pace decided to mark the 10th anniversary of the opening of its Beijing gallery—its first in Asia—by dedicating its entire FIAC operation to Chinese artists. That it celebrated the milestone in Paris was tactical, explained Valentina Volchkova, a Pace director based in Geneva.
“There’s very much an interest in Chinese art in France, and we have collectors here that ask for it,” Volchkova said, standing in the booth. “We have some very sophisticated collectors here in Paris and we know what they’re looking for.”
Pace sold
Song Dong
’s Usefulness of Uselessness – Varied Window No. 6 (2017) for $120,000 to European collectors, and
Zhang Xiaogang
’s Mirror No. 3 (2018) for $220,000, also to European collectors. 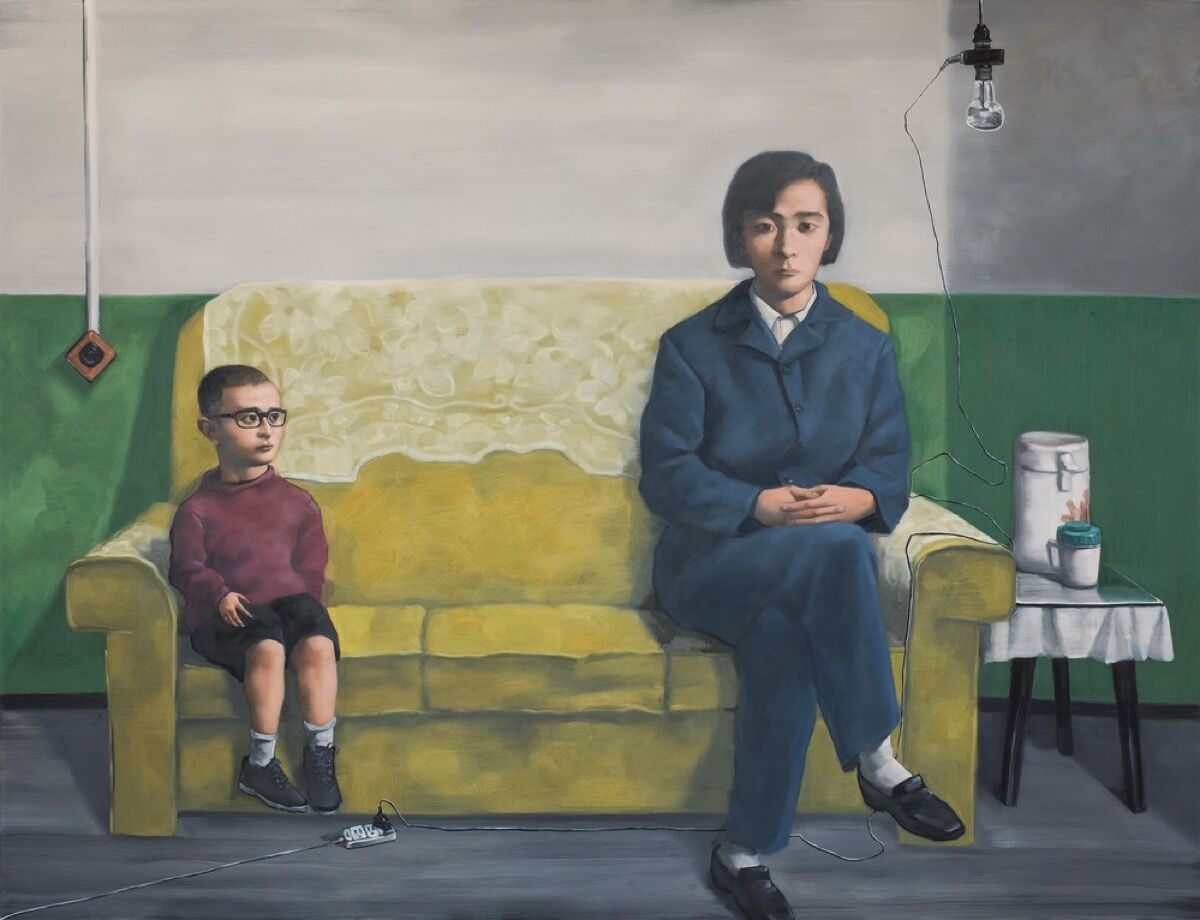 “FIAC becomes stronger every year and confirms its position as one of the most significant moments in the art calendar,” Pace president Susan Dunne said in a statement.
As with any fair, there were some high-profile works that had yet to sell. Zwirner brought a large
Franz West
sculpture, hoping to capitalize on the artist’s retrospective at the Centre Pompidou, but it was unsold as of Friday. And Van de Weghe brought two show-stopping paintings by
Jean-Michel Basquiat
—who has a once-in-a-lifetime show of 120 works at the Foundation Louis Vuitton—but one was swapped out of the booth after it had failed to sell Wednesday, while the other was still available on Friday. Gagosian sold multiple works on paper by
Katharina Grosse
for €40,000 to €50,000 ($45,850 to $57,309), but had not sold Ingres Wood (2018), the artist’s massive painted tree trunk that spilled out of the booth and was surely one of the highlights of the fair. It was priced at €550,000 ($630,788), and a source at the gallery said they were having conversations with collectors about the sculpture, but a sale was still in progress. 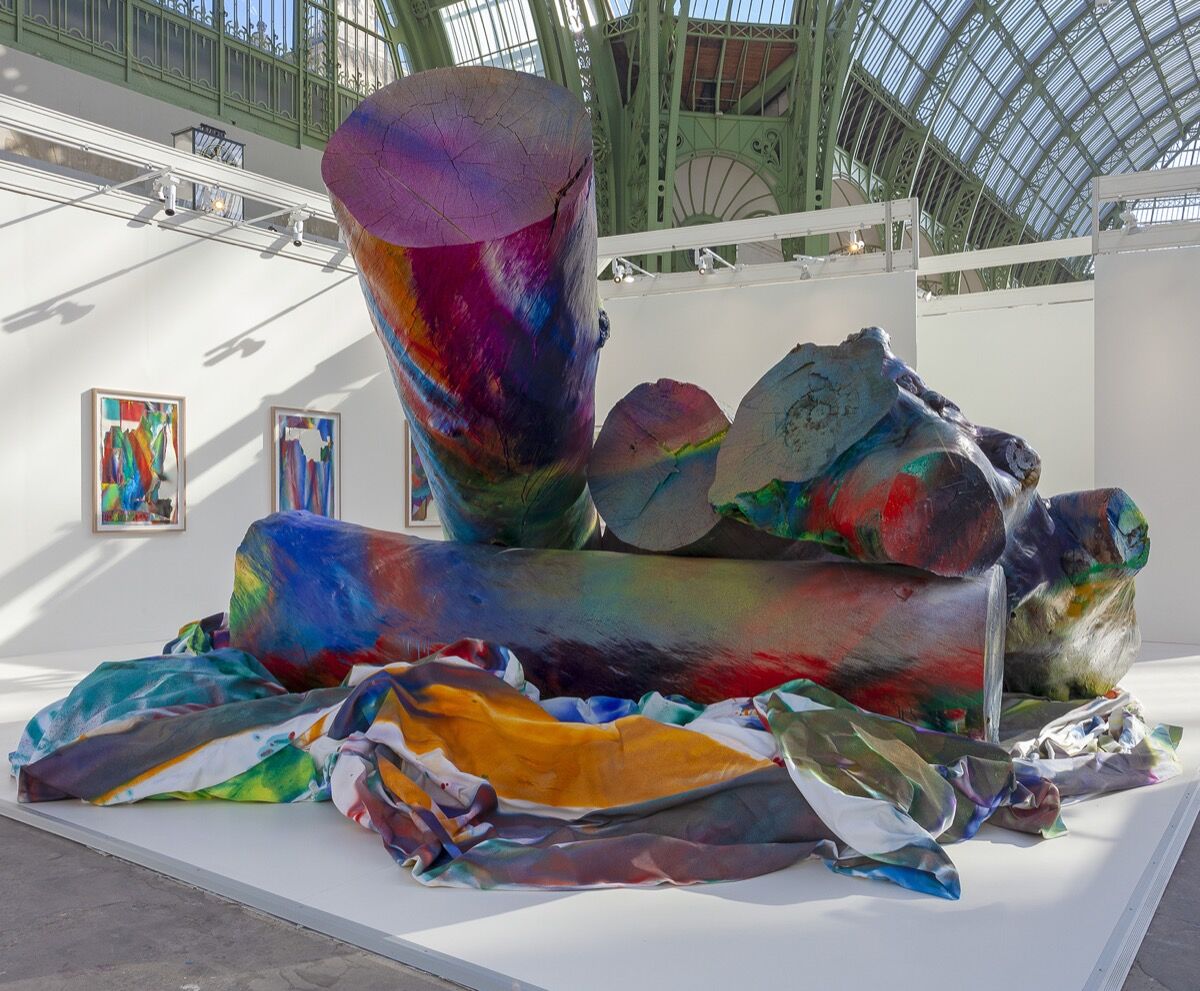 The dealers interviewed said that abundant sales and the presence of out-of-town collectors made this year’s FIAC a triumph, but such a victory is not guaranteed every year. Because Frieze in London is a full two weeks earlier, it’s too long of a trip to convince visiting collectors from the U.S. to stay for both. In years going forward, it will come down to which city they would rather visit, and on that front, Gegner of Sprüth Magers said, the romantic myth of the City of Light may have the edge.
“I think they’re choosing now between FIAC and Frieze,” he said. “And Americans love Paris.”
Nate Freeman
Related Stories