What Sold at Frieze London 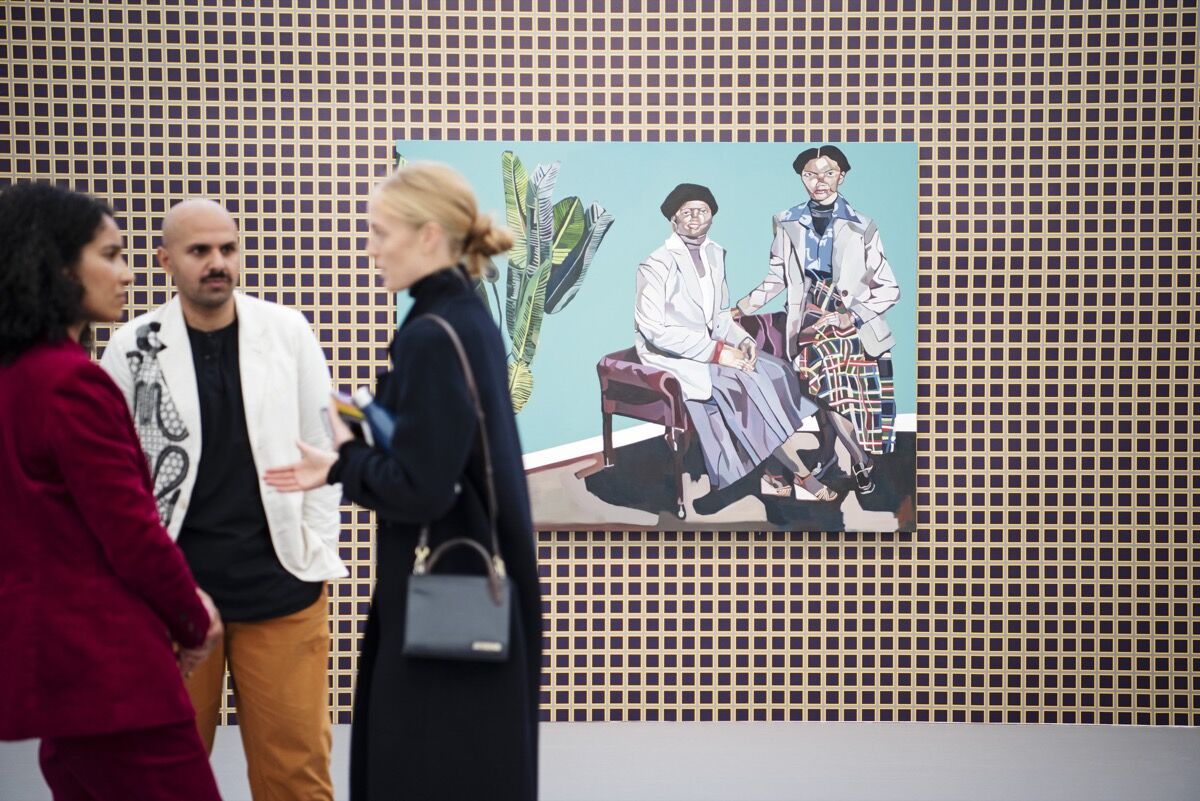 The Frieze London art fair was a resounding success, despite much hand-wringing about the possible cooling effects of Britain’s imminent exit from the European Union. Exhibitors at the London expo and its sister fair Frieze Masters, both of which closed on Sunday, reported strong sales across multiple sectors. The consensus among dealers and buyers was that even though many are worried about how Brexit will impact the art market, it hasn’t happened yet—and perhaps it never will. So why fret? In other words: Keep calm and carry on.
“Before the fair opened, nobody was sure if and how Brexit would impact the fair, and I’m pleased to say it hasn’t really,” Victoria Siddall, the director of the Frieze Fairs, said in an interview on Saturday. “It’s a testament to the strength of London, the strength of the market, and the global community that makes up the art world.” 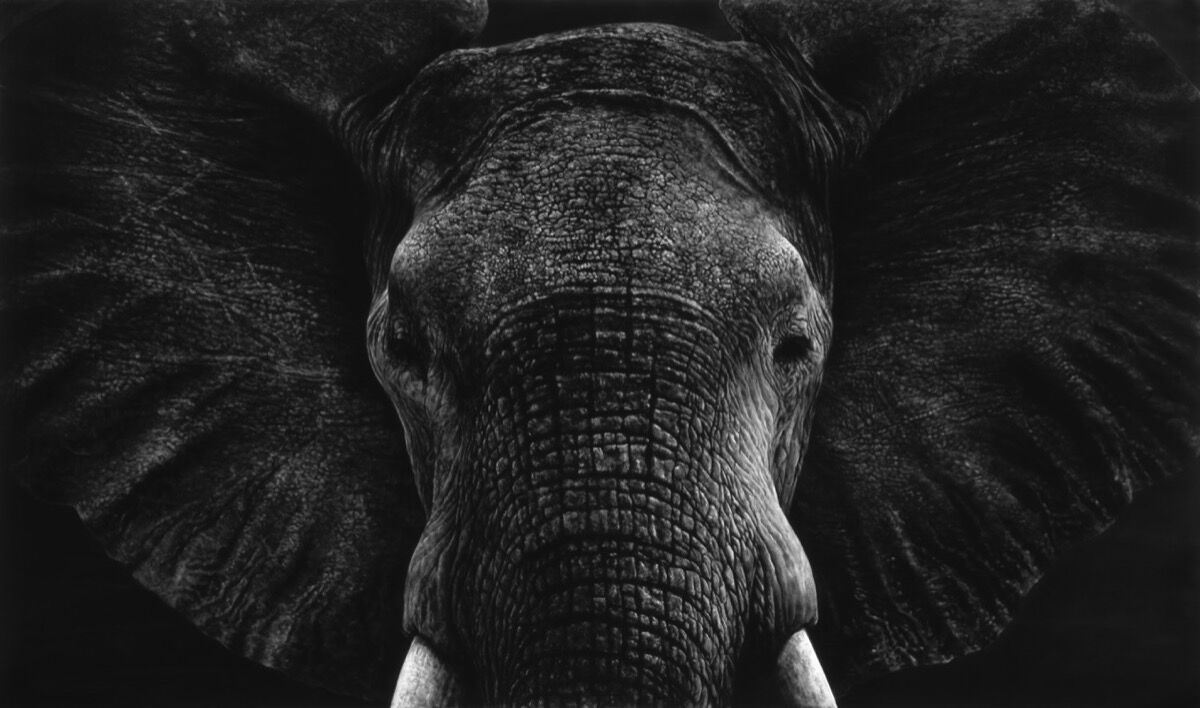 Siddall said this year’s fair had been the most international in Frieze history, with galleries from 35 countries participating. Frieze London and Frieze Masters drew an exceptionally international range of collectors, too, some of whom may have been emboldened by the weakened British pound—a silver lining on the looming Brexit cloud. Dealers I spoke to noted a significant presence of buyers from the U.S. and Asia turning up for the preview, in addition to London-based collectors and, as one gallerist put it, “all the big fish who are at every fair.” The collectors who descended on Regent’s Park last week came ready to buy.
“People are a little more focused here than at other fairs,” said Alejandro Jassan, a director at the New York gallery Alexander Gray Associates. The booth was anchored by a luminous new painting by
Frank Bowling
, whose first major retrospective closed at Tate Britain in August. “We closed a lot of deals on the first day because people were coming to us knowing all the context—they know the work is fresh from the studio, and they’re here to make a decision.” 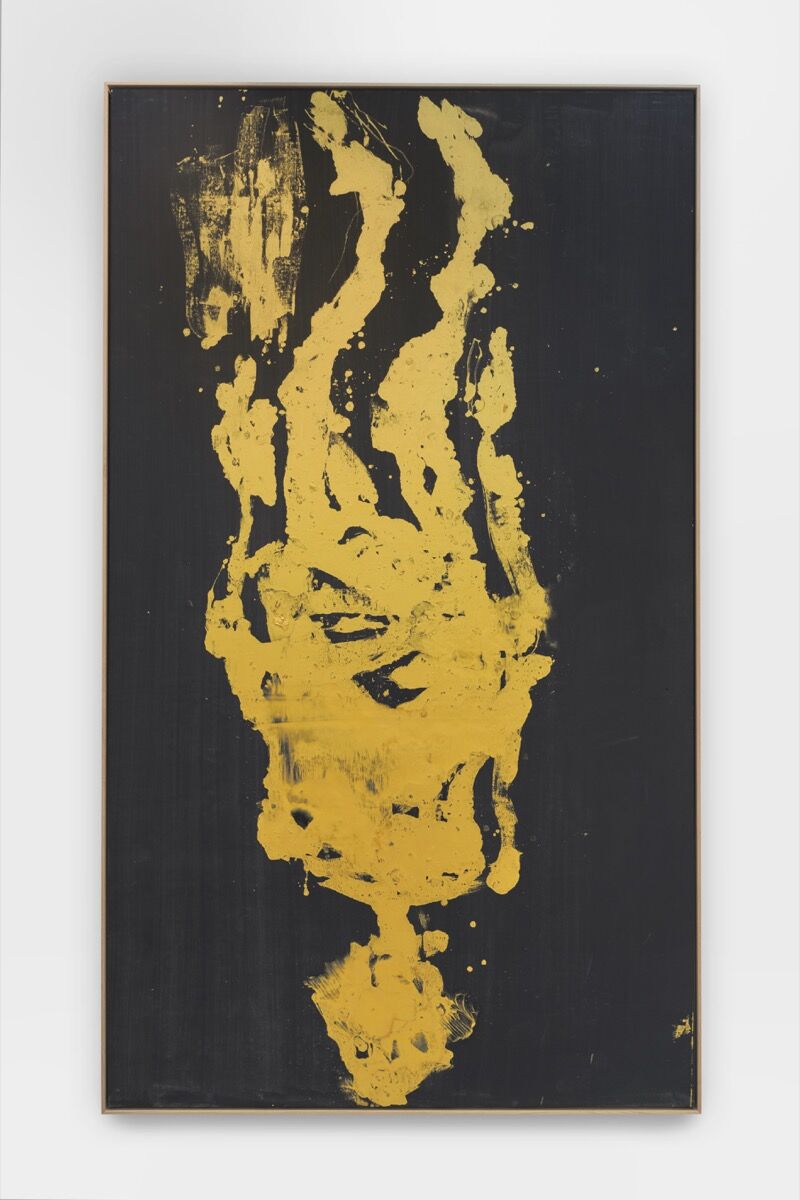 Advertisement
Collectors made big decisions early and often, with some of the world’s largest galleries closing major sales throughout the fair. The biggest sales at Frieze London included: 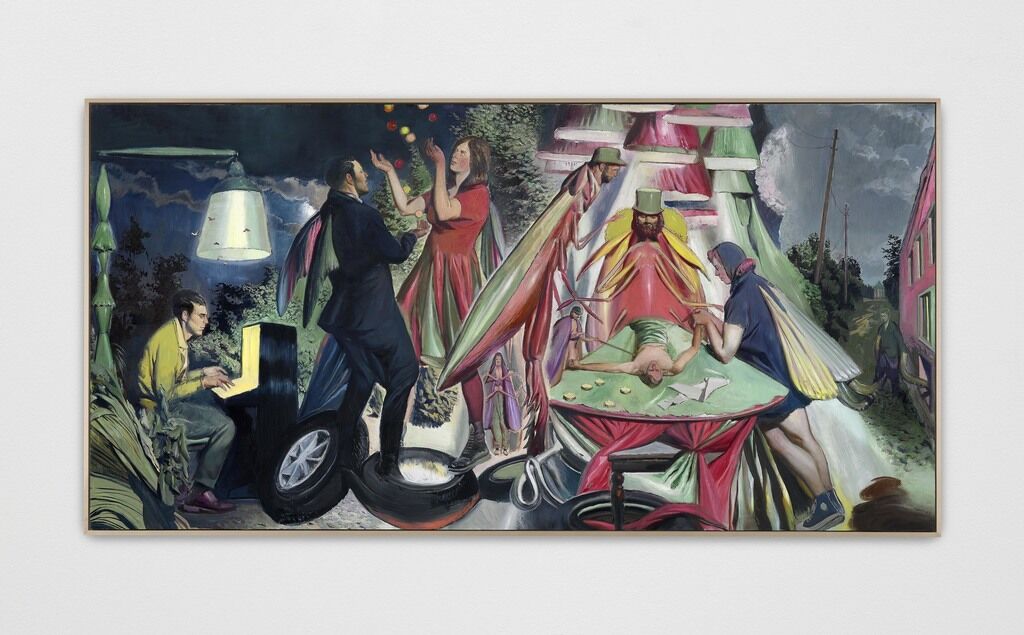 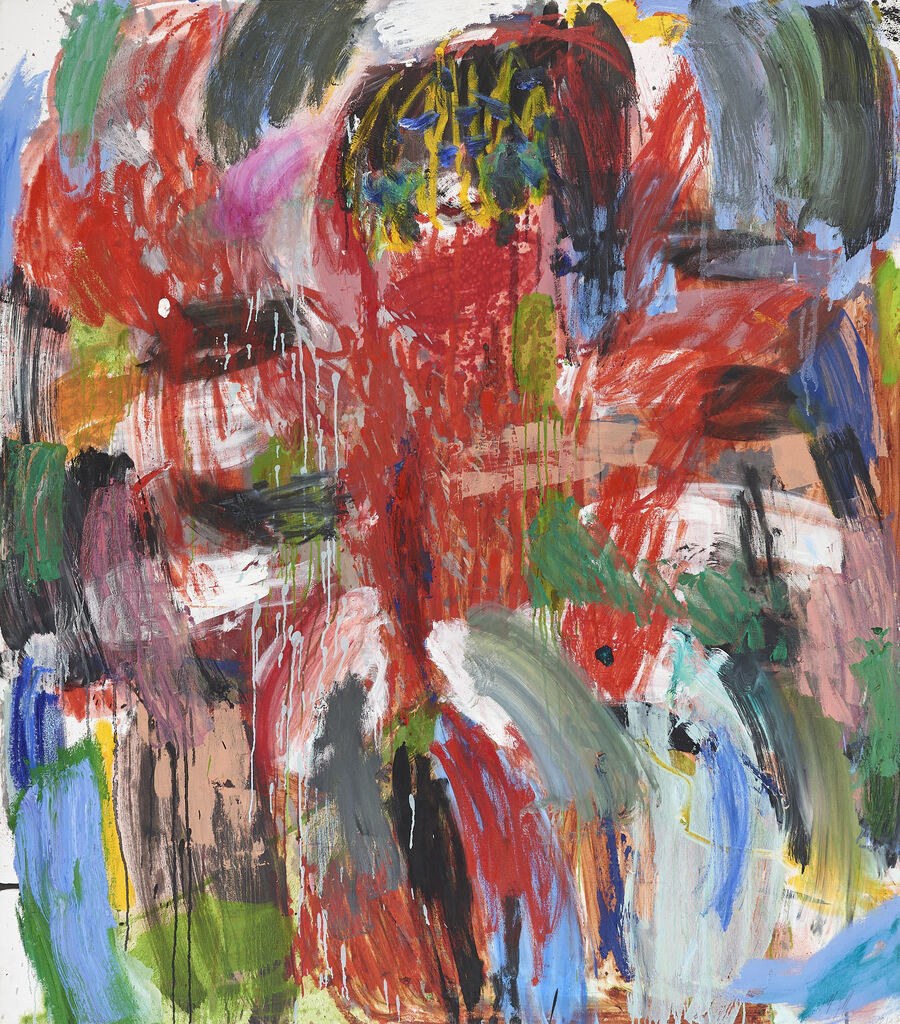 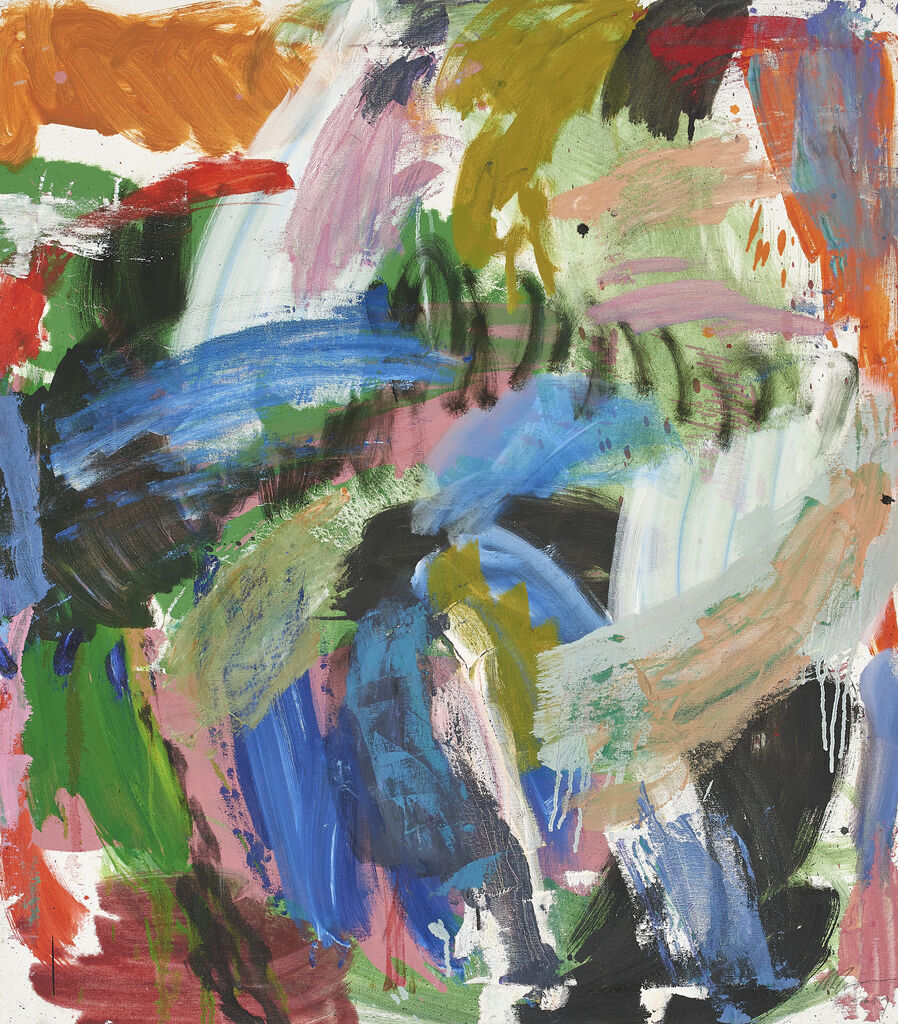 Misheck Masamvu
Uninterrupted, 2019
Goodman Gallery
Globe-spanning blue-chip galleries were not the only ones racking up sales at Frieze London; the fair’s mid-size and smaller galleries also fared well. Many of the standout booths were in the Focus section—featuring thematic or solo presentations by younger galleries—and the Woven section devoted to textile art, which was curated by Cosmin Costinas. 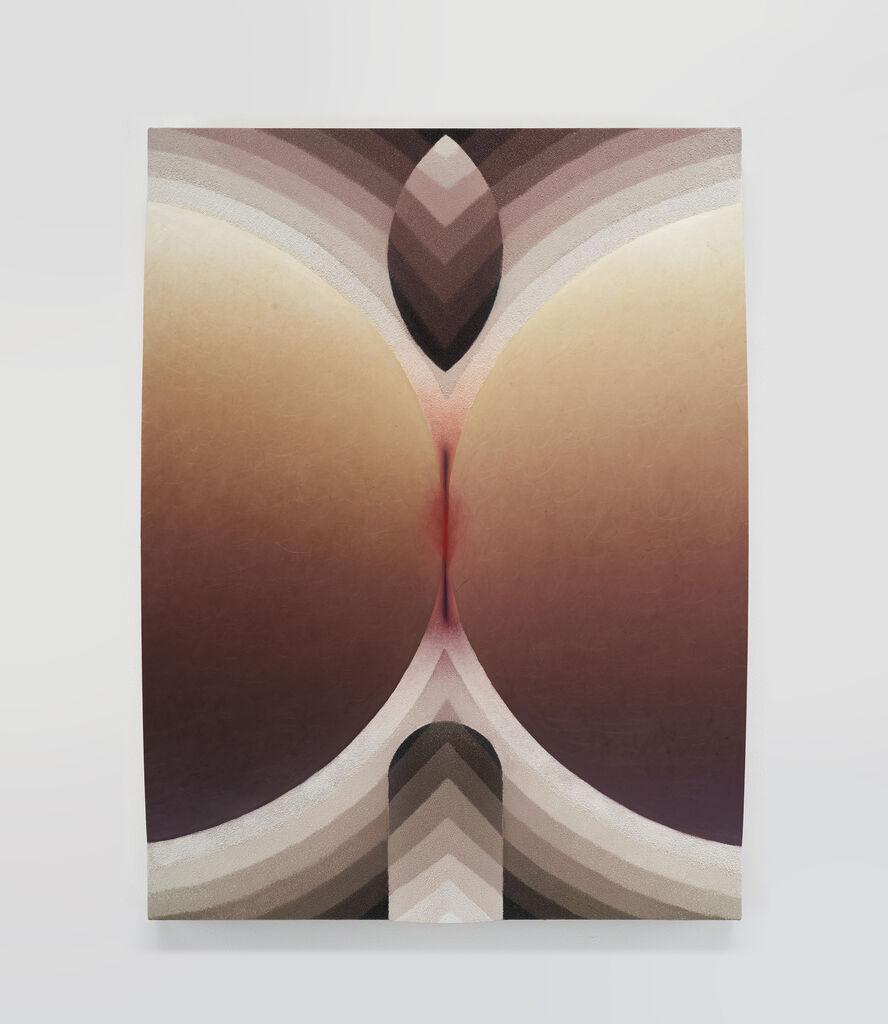 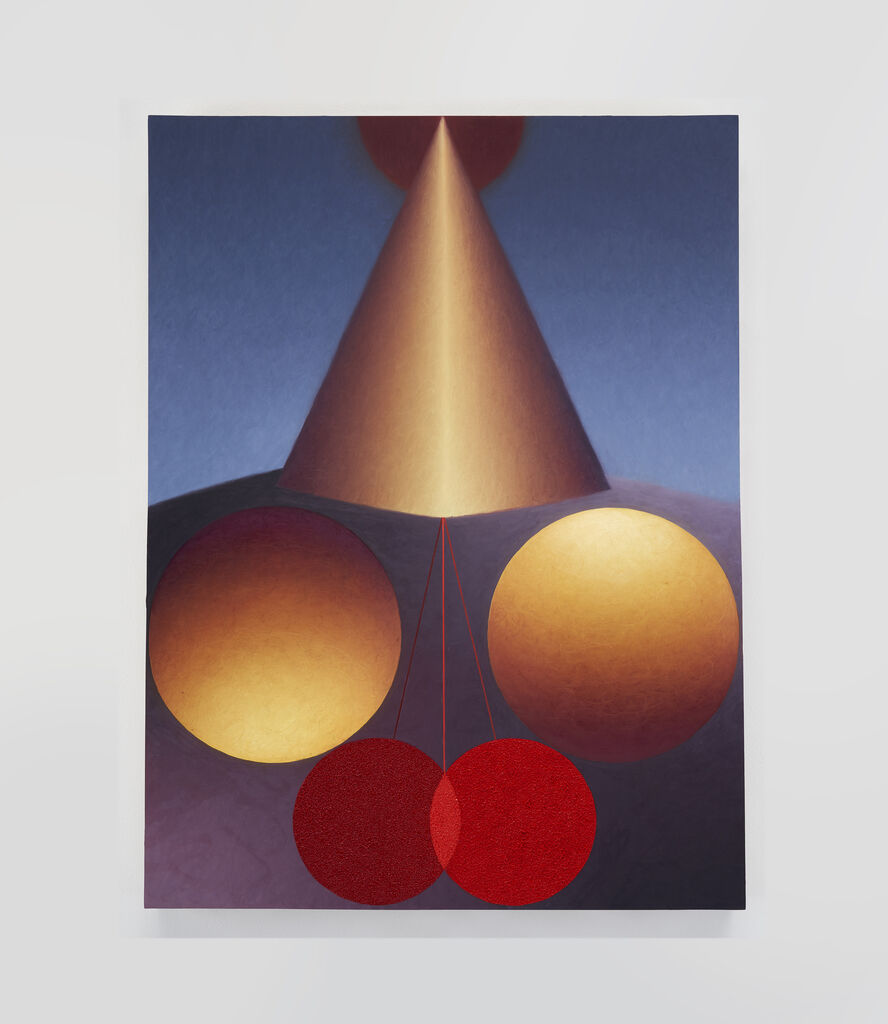 Loie Hollowell
Meeting Place, 2019
GRIMM
Siddall said: “What we find really validating are the sales happening across the board. I was talking to dealers from a smaller gallery showing paintings priced at £10,000 apiece, and they sold all 15 paintings they’d brought. That’s fantastic. That affects their business going forward in a really meaningful way.”
Sales at mid-size and smaller galleries at Frieze London included: 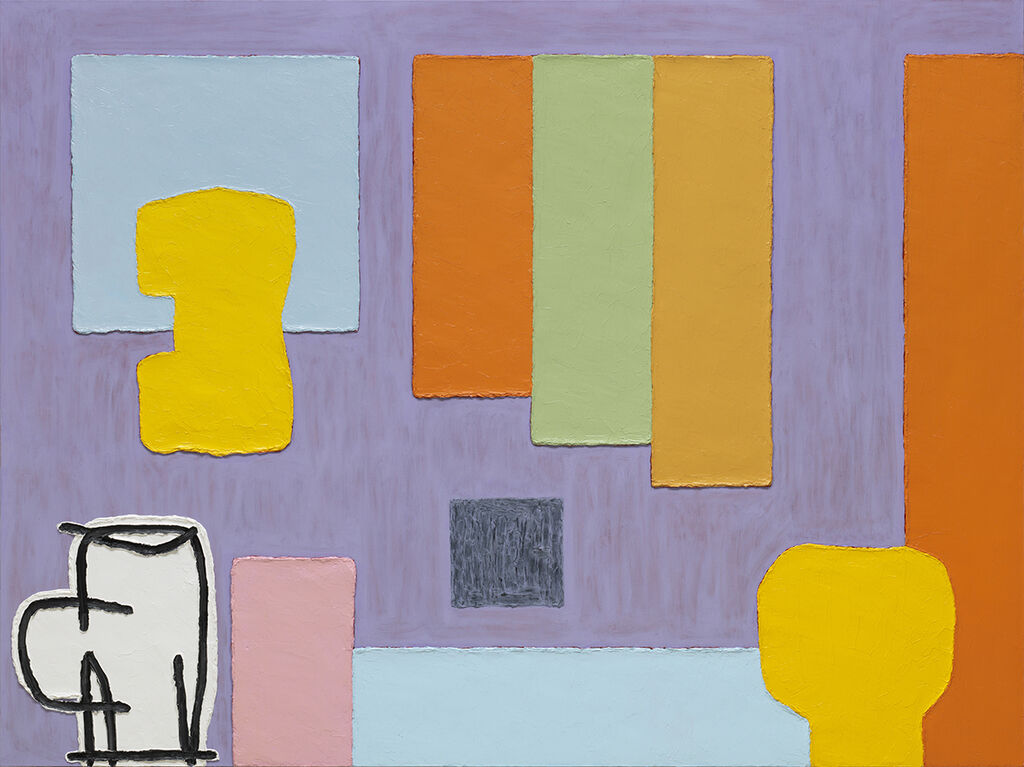 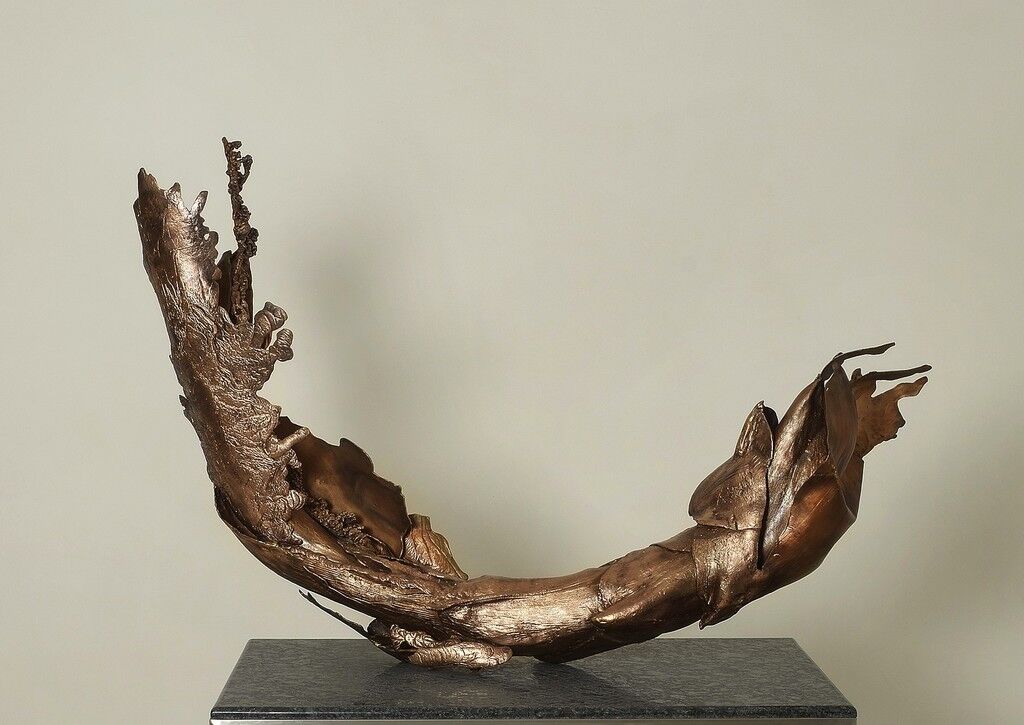 Mrinalini Mukherjee
Palm Scape VI, 2013
Nature Morte
In one of the far corners of the fair, the booth of London-based gallery Emalin drew collectors to its solo presentation of works by the American filmmaker and performance artist
Kembra Pfahler
, which she christened in her trademark way before the fair opened. Asked on Friday afternoon whether concerns over Brexit had affected activity at the fair, Emalin co-director Angelina Volk was unequivocal, noting that the gallery had already sold several pieces from its display of Pfahler’s photographs, paintings, and collages. 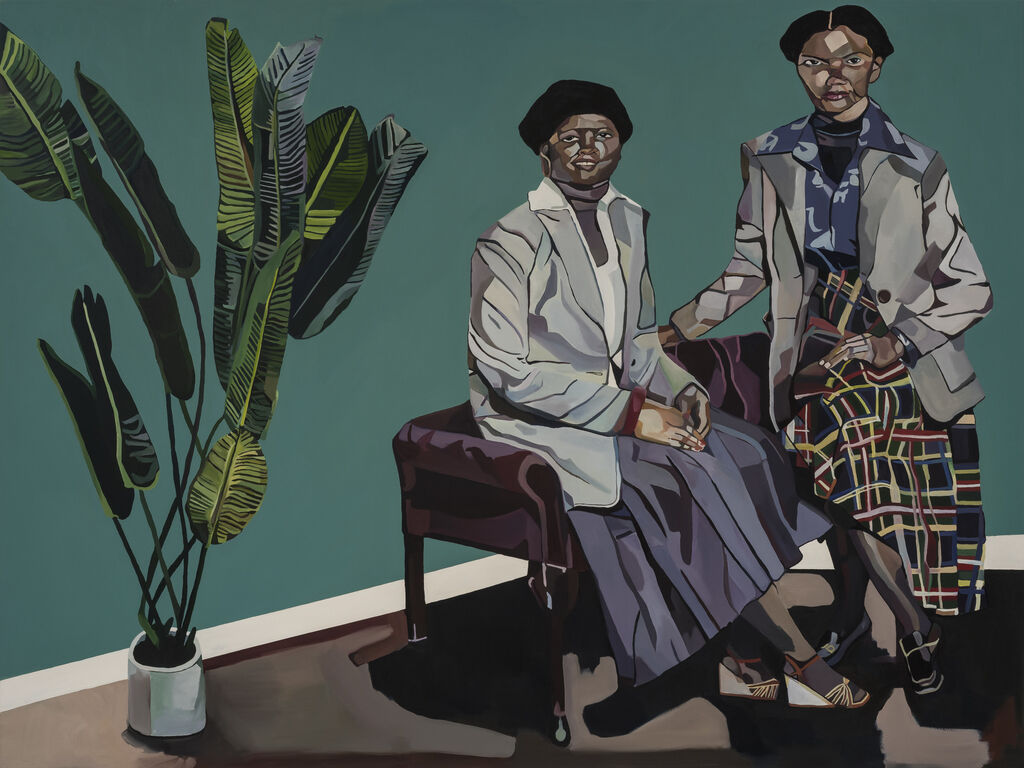 Joy Labinjo
Jane and Mary Jane, 2019
Tiwani Contemporary
A short stroll across Regent’s Park, Frieze Masters saw a similarly broad range of sales. Dealers moved an eclectic assortment of artifacts, from canvases and sculptures by canonical modernist artists to
Old Master
paintings, Greek Neolithic idols, and a 4.5-billion-year-old meteorite.
“That range embodies the premise of it, that you can collect across sectors, and it’s all united by quality,” Siddall said. “The whole fair is extremely diverse in terms of the types of work you can see, from 19th-century photography to ancient sculpture to medieval manuscripts to 20th-century painting. Frieze Masters should act as a platform for discovery.”
Buyers discovered things they couldn’t live without, with works selling at many different price points throughout the fair. Notable sales at Frieze Masters included: 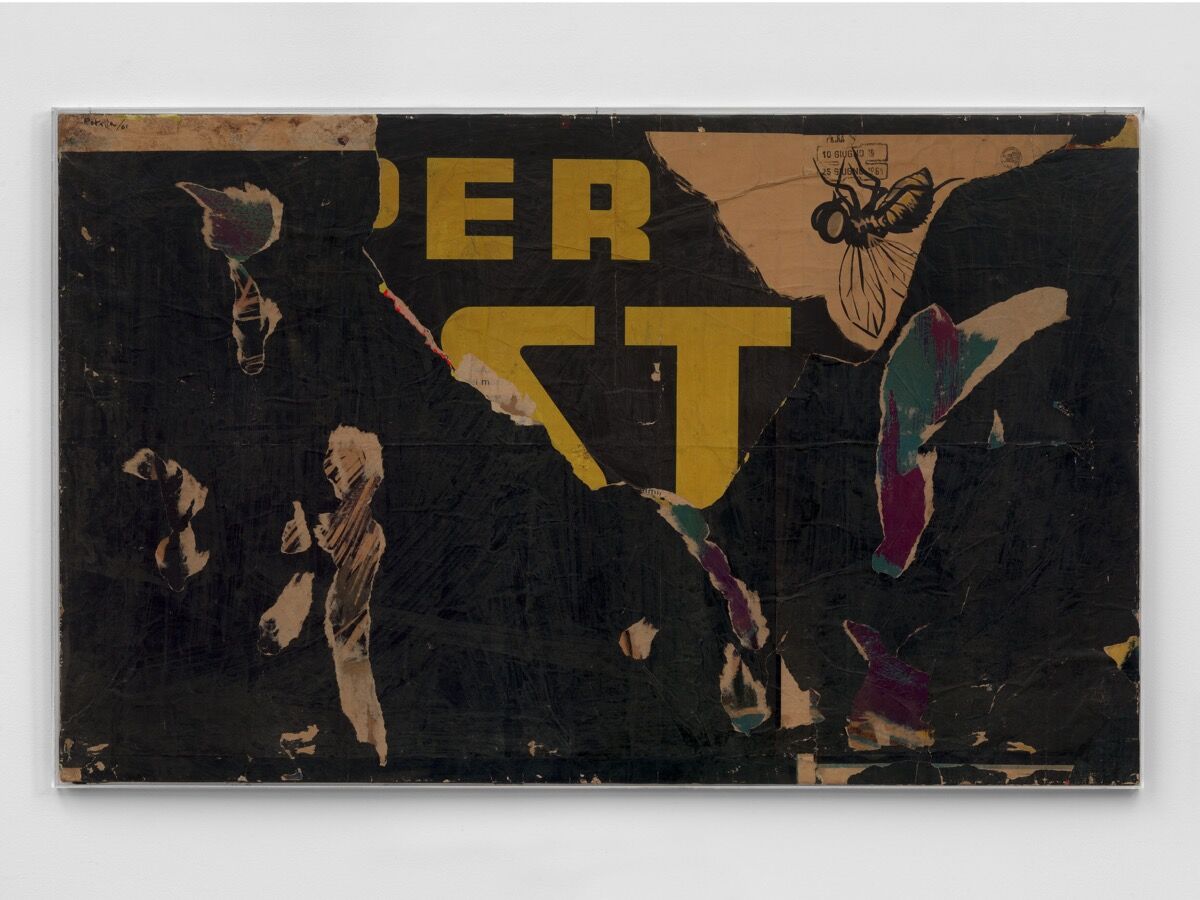 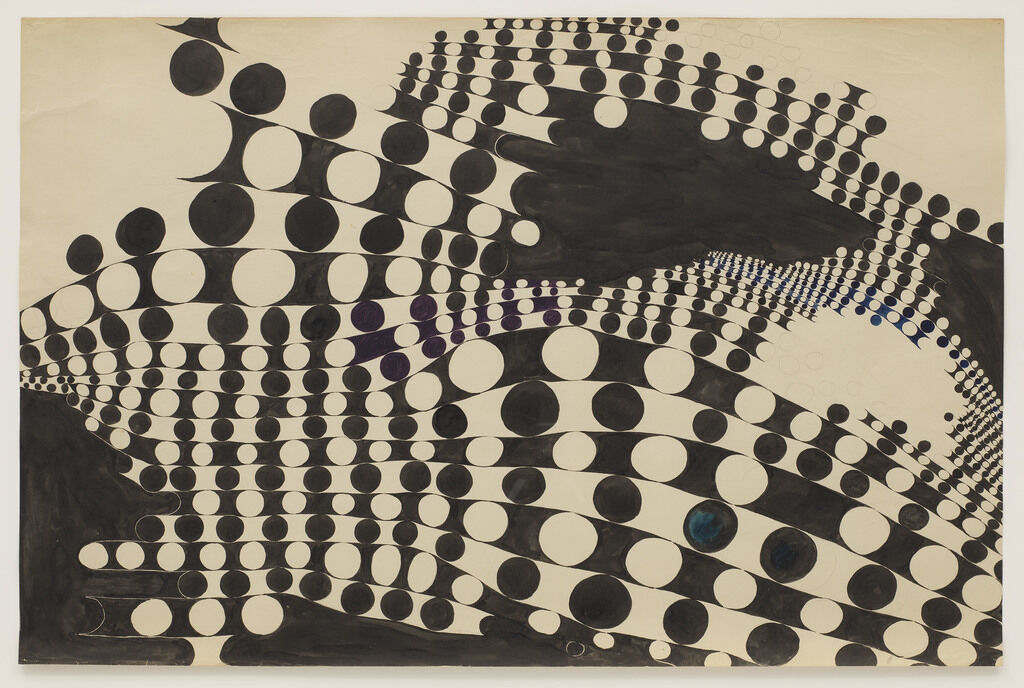 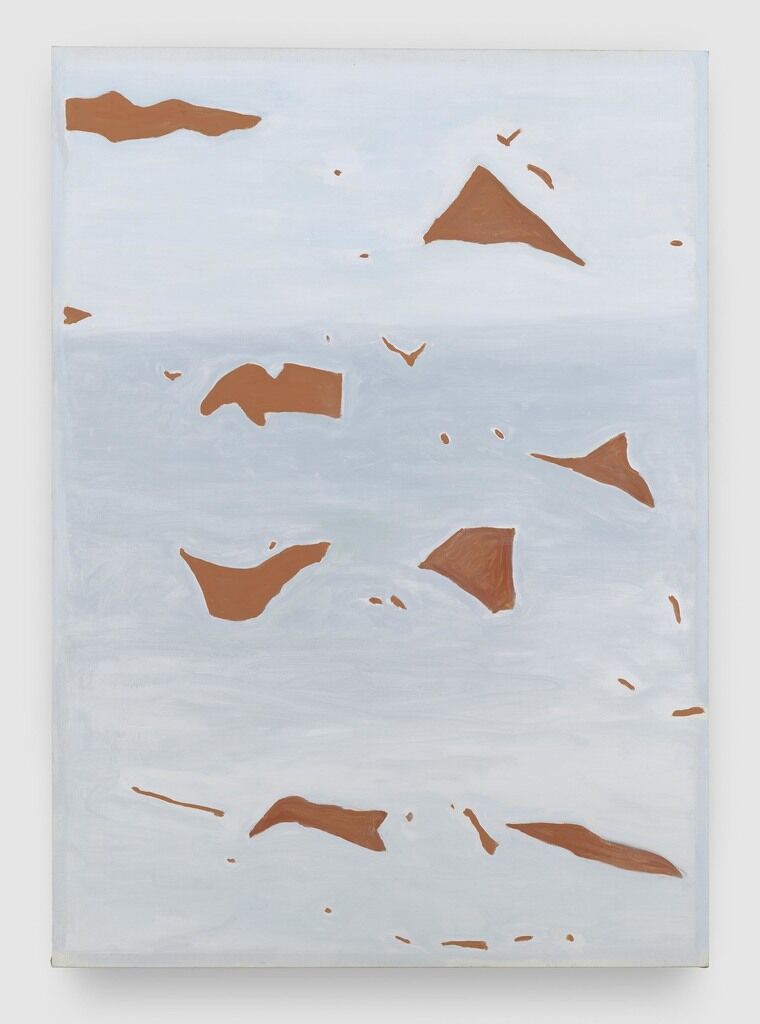 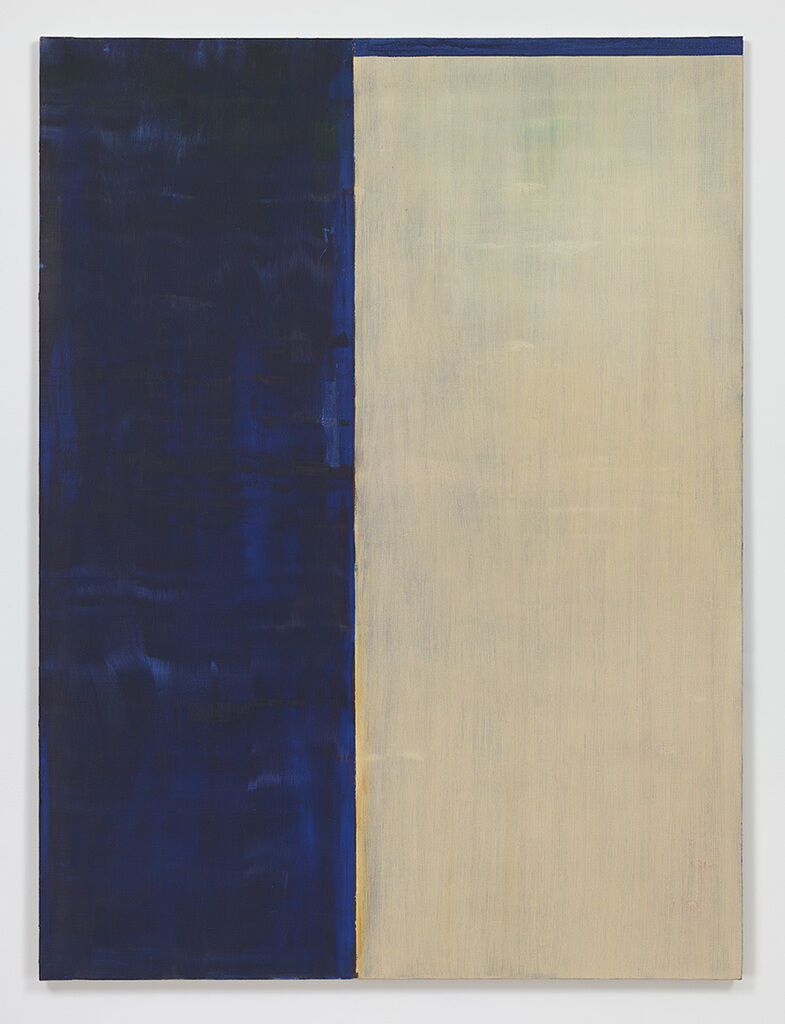 Raoul De Keyser
Inval (Invasion), 1990
David Zwirner
The auctions that took place during Frieze Week at Phillips, Sotheby’s, and Christie’s produced muted results—
Banksy
excepted—which some attributed to collectors’ reluctance to consign during a time of global uncertainty. But there was no such shortage of top-shelf stock at the week’s marquee fairs.
“Despite the unsettling and unsettled political situation we all find ourselves in, Frieze proved again the power of art and artists to bring people together,” said Marc Glimcher, the president and CEO of Pace Gallery, which notched plenty of sales of its own, including works by
Adam Pendleton
, Loie Hollowell,
Song Dong
, and one of the newest additions to the mega-gallery’s roster,
Nina Katchadourian
. “As always, the dealers brought great work. The toughest thing about Frieze is resisting the urge to go shopping at other booths when you should be working at your own!” 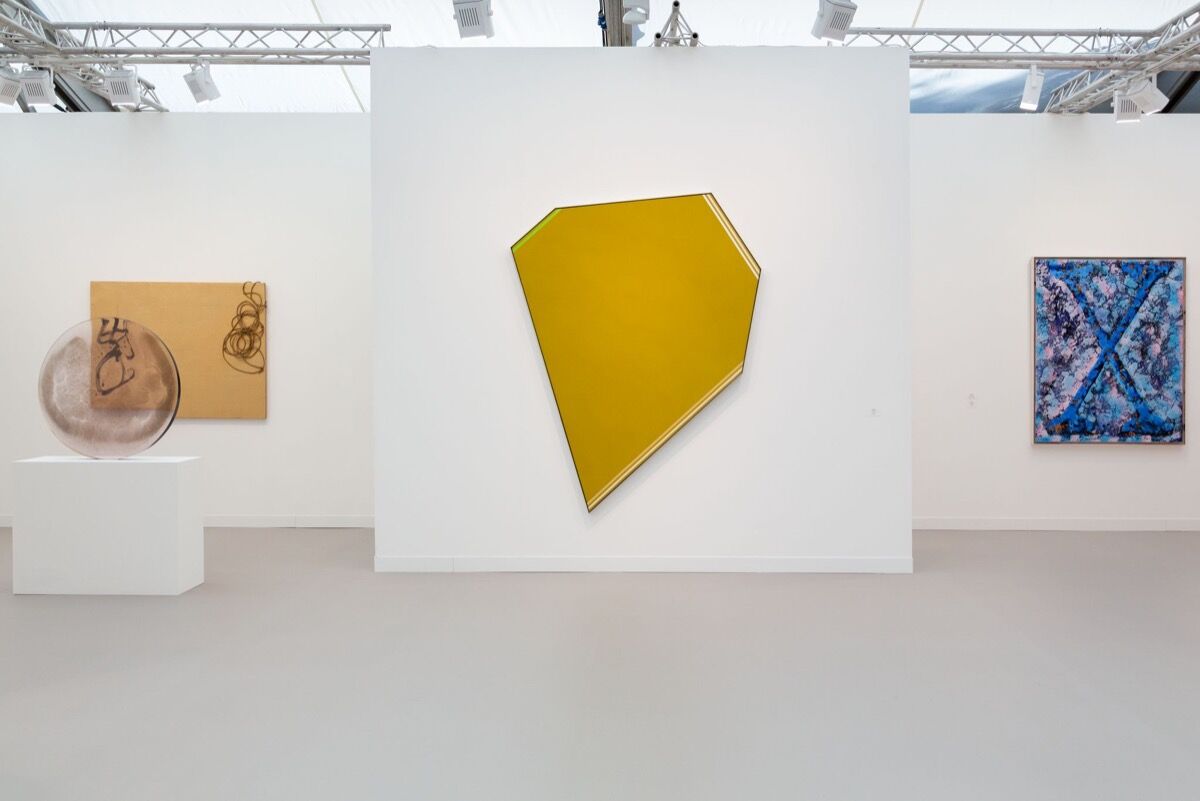 The art world’s attention now shifts to Paris, which will host its own set of auctions and fairs, anchored by FIAC, starting next week. Some have speculated that the fallout from Brexit could give Paris an edge over London on the global art circuit, and mega-galleries including David Zwirner, Pace, and White Cube are moving in. For the time being, the British capital’s status at the center of the European art market seems secure.
“Assuming we do leave the EU at the end of the month, it will give [Frieze] almost an entire year to prepare,” Siddall said. “As an extremely international event, we’re shielded from its effects somewhat, but we are are terribly concerned for the galleries and artists here in the U.K.”
Benjamin Sutton is Artsy’s Lead Editor, Art Market and News.
Related Stories

The 15 Best Booths at Frieze London and Frieze Masters 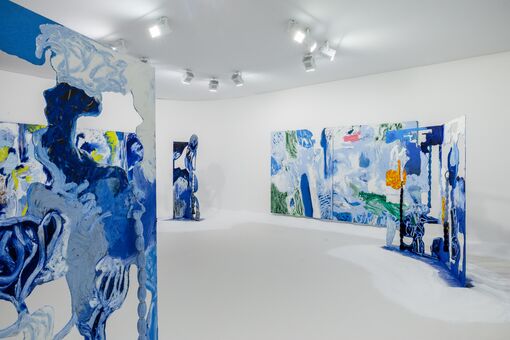