What Sold at Taipei Dangdai 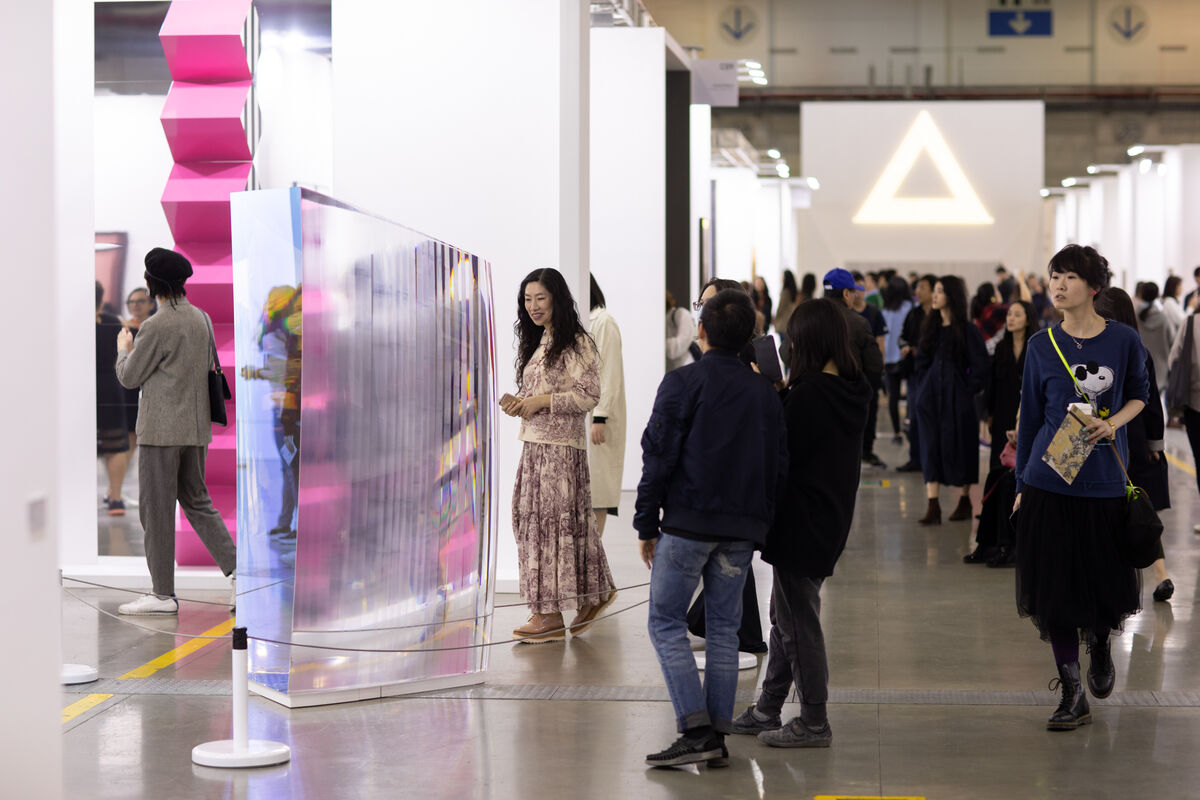 Curious art enthusiasts stood mesmerized by Taiwanese artist
Shyu Ruey-Shiann
’s kinetic installations on display at the booth of Double Square Gallery at Taipei Dangdai, the new contemporary art fair that had its first run last week in the capital city of Taiwan. The fair has been remarked upon for its ability to attract a number of international mega-galleries like Gagosian, Hauser & Wirth, and David Zwirner to this inaugural edition—speaking to the thirst for further entry points into the important Asian art market. But it’s equally remarkable for the extent to which local participants like Double Square have embraced the fair as an opportunity to champion Taiwanese contemporary art and to put Taiwan back onto the world map.
Double Square Gallery’s co-founder and curator Sean Hu said the gallery sold at least half of the works in its booth, where prices ranged from US$10,000 to US$110,000, to Taiwanese and international collectors. But another gallery staffer was just as quick to point onlookers towards a fellow Taiwanese gallery, InArt Space, that was also showing Shyu.
“Welcome to Taiwan,” she said with a friendly smile.
Helmed by the team that launched ART HK a decade ago before selling that fair to Art Basel in 2011, Taipei Dangdai saw 90 galleries set up shop within the Taipei Nangang Exhibition Center, and many people from the international art circle of collectors, curators, and museum directors flew into the city to take a look. All told, 28,201 individuals visited the fair during its four-day run, with tickets selling out on the fair’s last day. 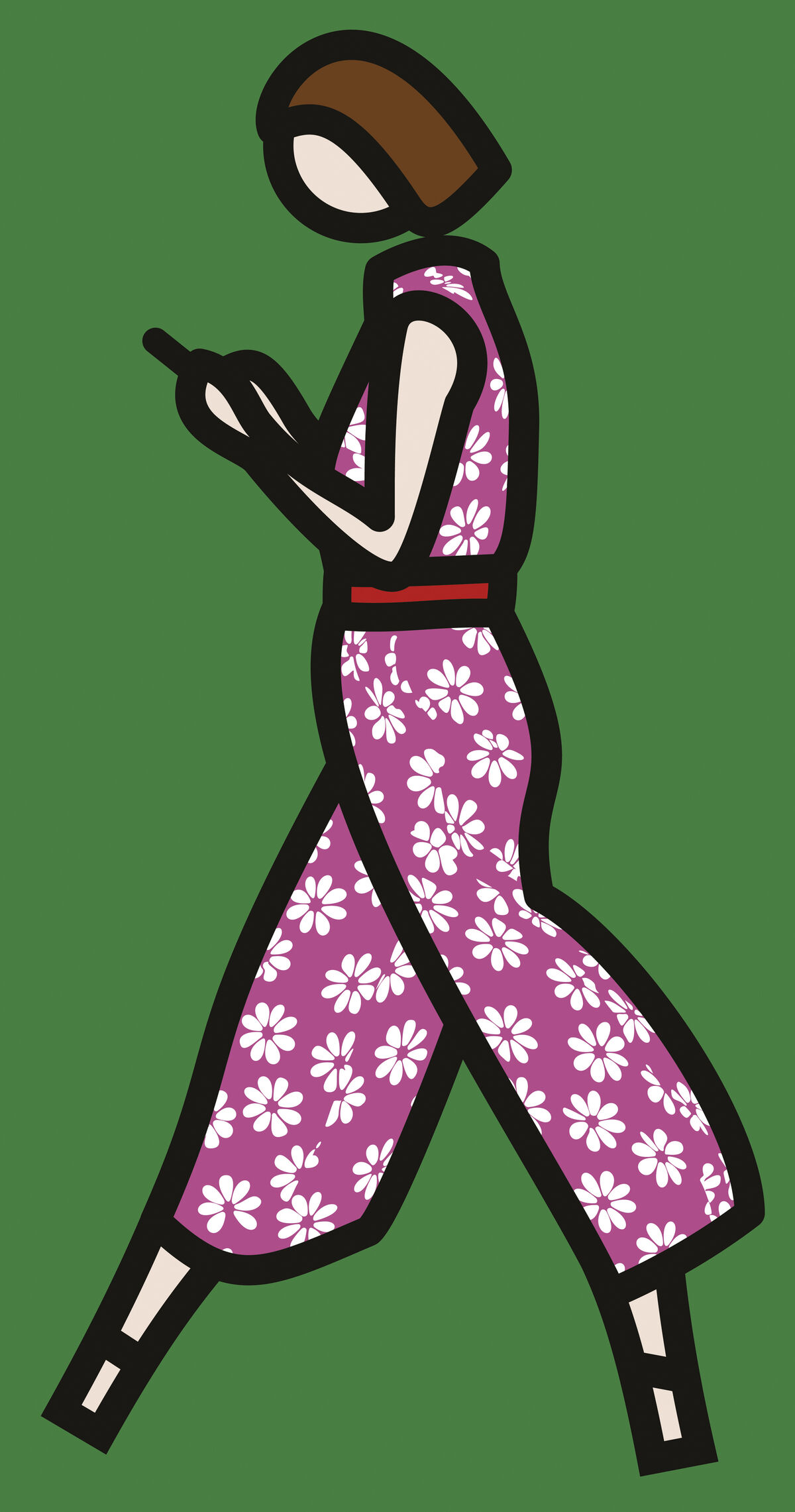 Fair organizers warned galleries new to this market that Taiwanese buyers tend to take more time to make a purchase compared to collectors elsewhere in Asia. Nonetheless, a number of participating galleries were quick to report sales to Taiwanese and regional collectors:
Sales for works in the four figures sold at a greater clip. Taipei Dangdai director Magnus Renfrew said the fair had made a particular effort to have works available in this accessible price range, going as far as setting an $8,000 price cap for the fair’s Salon sector.
“We hope everyone can feel they can be a part of this,” he said. 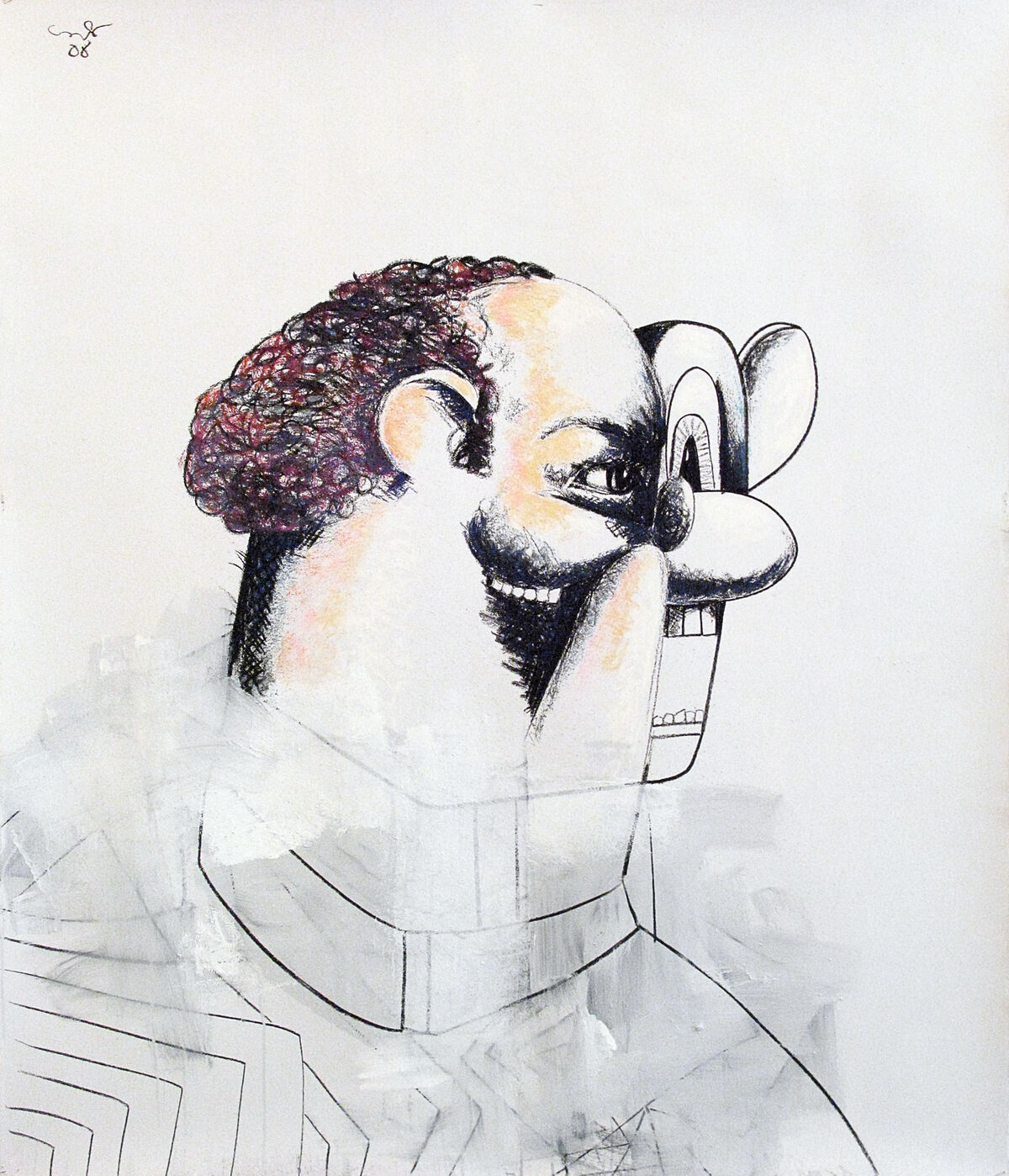 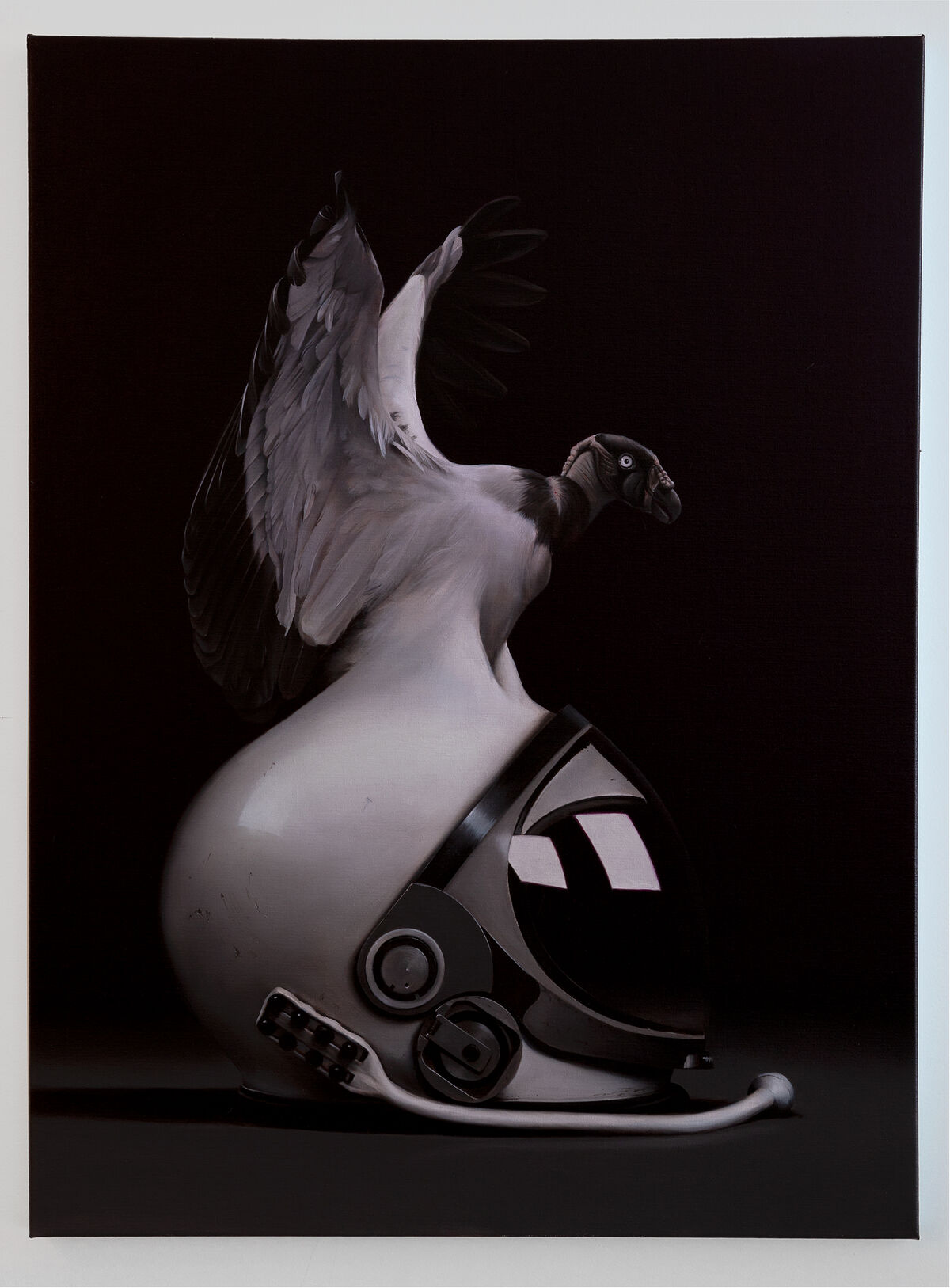 Sam Leach, Helmet with Vulture, 2018. Courtesy of the artist and Sullivan+Strumpf, Sydney / Singapore.

Advertisement
Renfrew’s mission is to stage something of a renaissance for the Taiwanese art market, helping Taipei regain the prominence within the Asian market it once enjoyed. Christie’s and Sotheby’s Asia operations were headquartered in Taipei until the 2000s; Art Taipei, which held its 25th edition last October, was the first art fair to open in the region. The island also has a wealth of institutions and museums, and the Taipei Fine Arts Museum has hosted the Taipei Biennial since 1992.
The art market here was built upon the tremendous economic growth Taiwan experienced from the 1950s to 1990s, following nearly a century of political upheavals, from the Japanese colonial rule at the turn of the last century and Kuomintang’s flee to Taiwan from the Communists in 1949, to the end of martial law in 1987 and the implementation of full democracy in 1996 with the first direct presidential election. Entrepreneurs from manufacturing and export industries made fortunes during this period, which established Taiwan’s place as one of the strongest economies in Asia alongside Hong Kong, Singapore, and South Korea, collectively known as the “Four Asian Dragons.” Some of those entrepreneurs also became avid art collectors, supporting homegrown artists and buying modern art from auctions.
The Taiwanese art market remained insular and difficult to break into for international galleries, however. And with the rise of China, Taiwan was largely sidelined by an art world that instead snapped up gallery spaces in towers across Hong Kong.
Henrietta Tsui-Leung, co-founder of Galerie Ora-Ora in Hong Kong, said established Taiwanese collectors were nurtured almost exclusively by local galleries. Fred Scholle, founder of Galerie du Monde, one of Hong Kong’s oldest contemporary art galleries, added that the Taiwan market “keep things to themselves.” But Ora-Ora sold works by
Juri Markkula
,
Carla Chan
, and
Huang Dan
during Taipei Dangai, and Galerie du Monde sold out its stand of works by Taiwanese artist
Wu Chi-Tsung
. Tsui-Leung and Scholle joined a chorus of dealers who suggested that the tide is once again changing in Taipei’s favor. 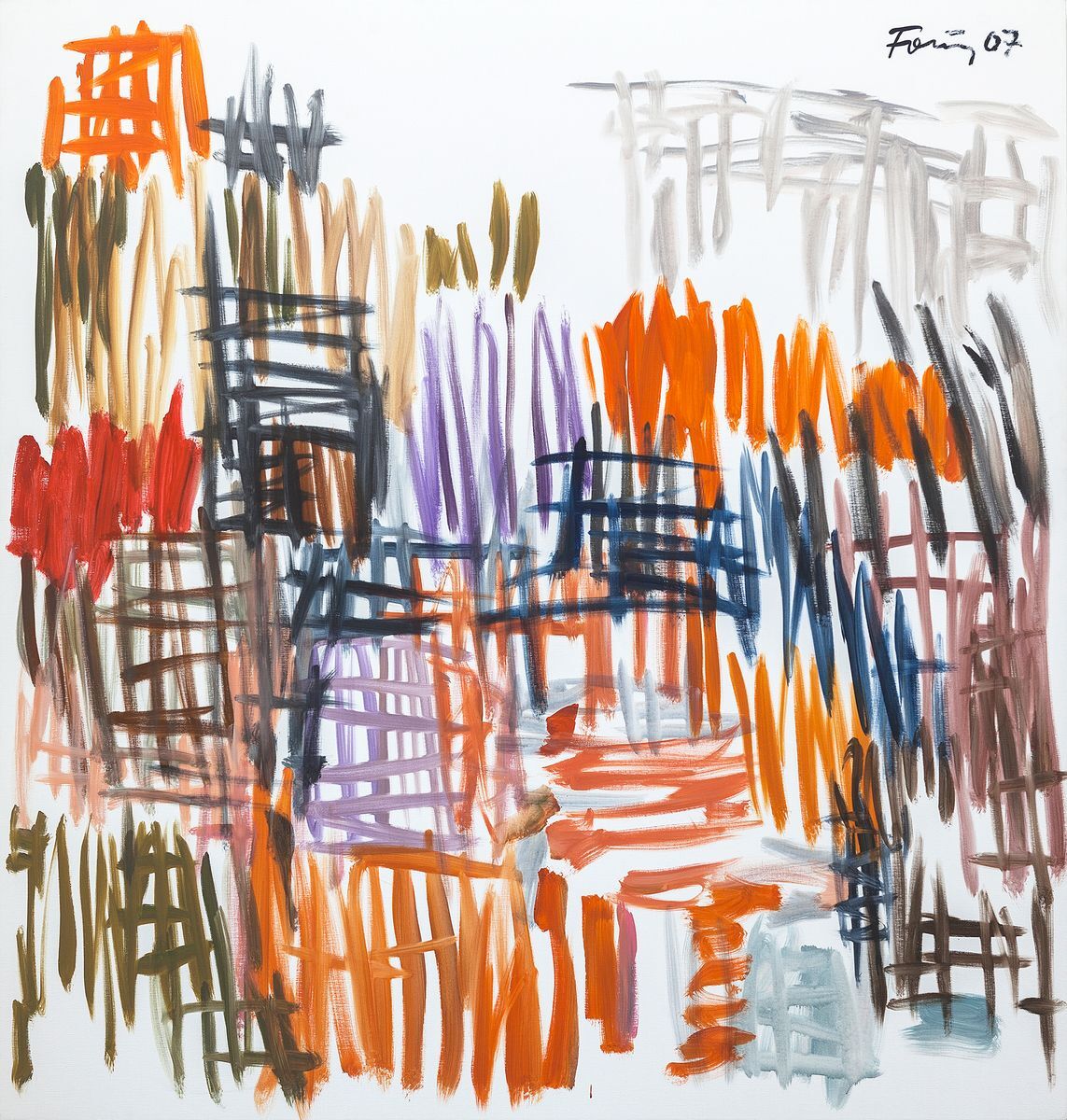 A slowing Chinese economy and uncertainties surrounding the current trade war with the U.S. have prompted some international galleries to go beyond the mainland. Figures released on January 21st showed that China’s economy grew at 6.6 percent in 2018, the slowest rate since 1990. Censorship and high taxes in mainland China also make the market less friendly to outsiders. And while Taiwan’s economic growth rate is under 3 percent, the island’s population of over 23.7 million includes a solid and growing collector base, as well as creative freedoms that are attractive to galleries.
Sean Kelly Gallery, for example, became one of the first international galleries to open a project space in Taipei last week. The New York gallerist said Taiwan has strong potential that has been overlooked. Galerie du Monde is considering opening an outpost in Taipei, a year after hiring a Taiwan representative. Han-I Wang, a senior director at Gagosian based in Hong Kong, said China is only part of the gallery’s Asia strategy.
“China might be slowing down, but there are collectors very active in other regions,” Wang said. “You can never put all the eggs in one basket.”
A young generation of artists and collectors—one eager to break away from the old establishment—is also rising up on the island. Leslie Sun, co-founder of the Young Collectors Club of Taiwan, a platform for young collectors to exchange with international artists and collectors, said that the older generation of collectors operates in a private sphere and isn’t interested in the social aspects of the art world.
“We are different,” she said. “We like to share and talk about art.” For those, like Sun, with an interest in raising the profile of Taiwanese artists and the art scene here the platform and visibility Taipei Dangdai offers is “a game changer,” she said. 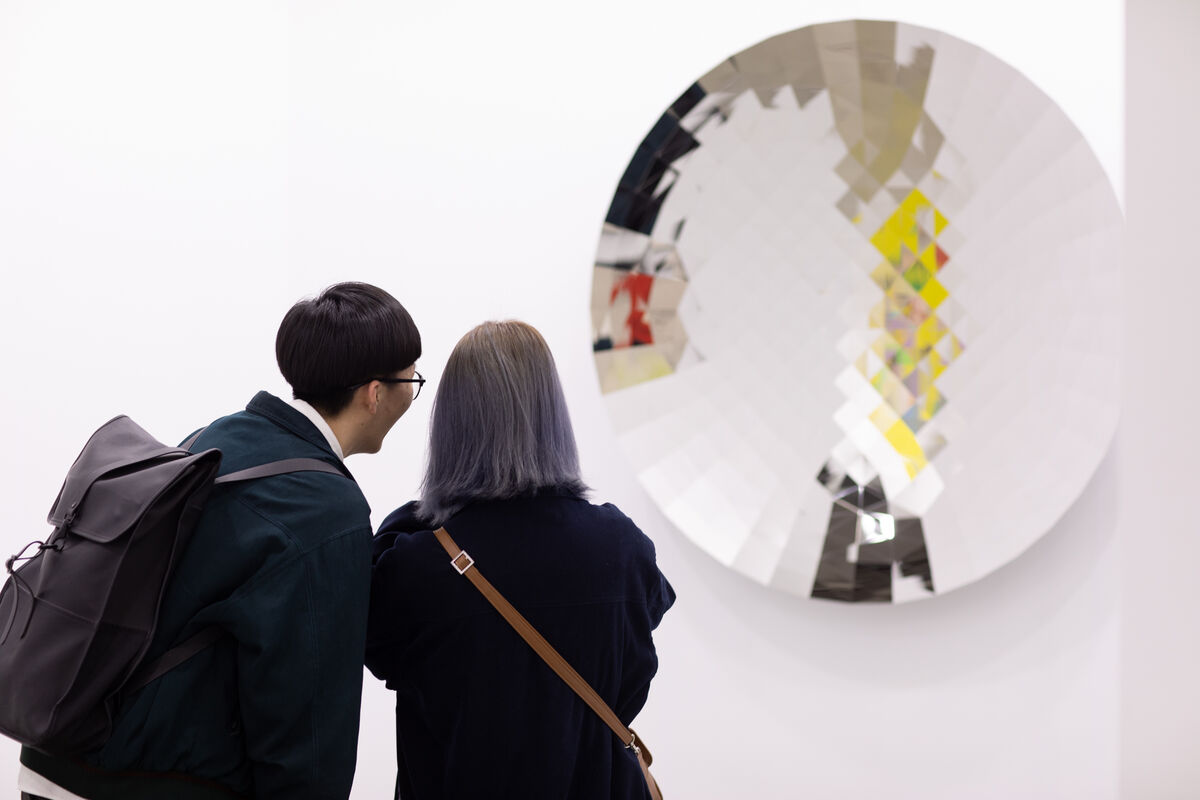 Artists attending the fair were also quick to comment on the potential it offers to expand their markets beyond the local art community. Taiwanese artist
Charwei Tsai
was particularly excited by the international crowd, hoping that visitors could take the opportunity to learn more about Taiwan and young artists who are under the influence of freedom and democracy. Wu, the Taiwanese artist who sold out Galerie du Monde’s booth, and who divides his time between Taipei and Berlin, said this process of education is his generation’s responsibility.
“The younger generation has more international exposure, we all know we have to open the market to the world and bring new energy in,” he said.
UBS Wealth Management Taiwan CEO Dennis Chen explained that there is no lack of wealthy and well-travelled entrepreneurs in Taiwan, but compared to other places like Hong Kong, Singapore, or Shanghai, Taiwan does not appear as advanced, and foreigners often find Taiwan’s identity confusing.
“That’s why an event that brings the rest of the world to Taiwan will make a difference,” he said.
The positive results during the fair last week had some dealers already looking ahead to Taipei Dangdai’s second edition. Galerie du Monde’s Scholle put it simply: “The fair has the potential to be the most important fair in Asia outside of Art Basel in Hong Kong.”
Vivienne Chow
Related Stories

What Sold during Armory Week 2021