What Sold at ZsONA MACO 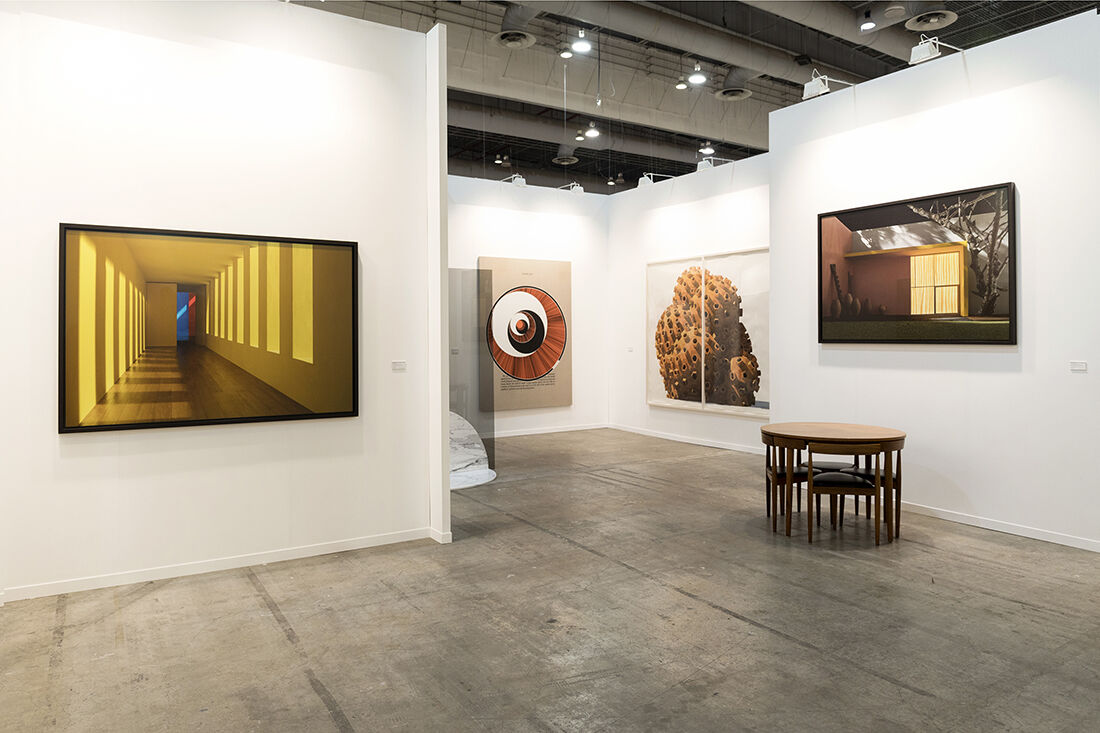 As ZsONA MACO came to a close Sunday evening, tens of thousands of Mexican citizens were expected to rally in Mexico City’s streets to protest portions of U.S. President Donald Trump’s agenda that they believe will negatively impact their country. The fair’s 14th edition took place following months of global political and economic uncertainty—led in North America by the U.S. presidential election—and within a particularly fraught and tumultuous moment for Mexico, Latin America’s second-largest economy.
Fuel prices have risen 14 to 24 percent and gasoline shortages have proliferated since the turn of the year, following cuts to government subsidies on oil. Violent protests have broken out across the country in response. And some commentators have argued that oil poses the greatest immediate threat to the Mexican economy.
Meanwhile, uncertainty over U.S.-Mexico trade continues to grow. Shortly after the U.S. election, Citibanamex, the Mexican arm of Citibank, cut its 2017 foreign direct investment projections by a third. And in the less than three weeks since he took office, Trump has taken initial steps to renegotiate or end the North American Free Trade Agreement (NAFTA). A number of U.S. firms have rolled back plans to open factories or move further jobs to Mexico, in part due to threats and negotiations initiated by the Trump administration. And the peso, in decline since the election, dropped to a historic low at 22.06 per U.S. dollar on January 11th before recovering slightly to 20.34.
With policy proposals continually in flux, it’s impossible yet to know what, if any, further impact they will ultimately have on the Mexican economy. But many at ZsONA MACO said trade restrictions proposed in the form of a border tax to pay for Trump’s border wall, don’t bode well for the arts. Traditional economic theory suggests that these kinds of tax measures generally see their burden passed on to consumers—in this case, U.S. citizens—by way of a price increase, resulting in decreased demand and a further uptick in value of the dollar, relative to the peso.
Among the critics was Miami collector, real estate developer, and Perez Art Museum Miami namesake Jorge Pérez. Beyond issues like poverty, unemployment, and the growth of the middle class in Mexico, which are foremost concerns for Pérez, he has no doubt that art, too, would suffer.
The proposed border tax “affects the flow of capital into Mexico. It will affect business between the countries and of course that affects art,” said Perez. According to the collector, Latin American artists are undervalued because they lack international exposure. He says an import tax would further exacerbate this situation, with Mexican art (along with other products) becoming less affordable in the U.S.
“It’s important for us to have solidarity with Mexico, with artists,” said Perez. Among other purchases at ZsONA MACO, he’d picked up two paintings by
Carlos Amorales
(who will represent Mexico at the 2017 Venice Biennale) and a timely work by Mexican artist Minerva Cuevas, which sees a landscape dipped in chapopote or tar. Both artists were shown by Mexico City gallery Kurimanzutto.
Dealers across the fair echoed Perez’s sentiment. “We had committed to come and then the whole bloody balloon went up with Trump,” said first-time exhibitor Sean Kelly, the New York dealer whose presence nearly every Mexican gallery cited as a major vote of confidence for the fair’s momentum. This year saw Lévy Gorvy and Tina Kim also participate at ZsONA MACO for the first time, with Kim selling a work by Kim Yong-Ik on the range of $60,000–70,000, and a work by Davide Balliano for $10,000–15,000 during the VIP preview.
With the peso plummeting in value, Kelly recalls many worrying that 2017 was the worst possible year to come to ZsONA MACO. He was undeterred. “I said you know what, it’s the perfect time to go. Us going now will send a very clear message to our clients and friends in Mexico, the artists we work with in Latin America, that we’re not intimidated and we’re going to support culture in the broadest possible sense.”
Kelly added, “You don’t turn around and go away when something like that happens. Americans should be supporting Mexicans, not trying to build a wall to keep them out.”
The outing was successful early on for Kelly. He placed two works by Jose Dávila—Untitled (Femme d’Alger) VI (2016) and Untitled (2016)—with institutions in Mexico for $45,000–50,000 on the fair’s first day. Pieces by Hugo McCloud,
Jim Casebere
,
Sam Moyer
, and Los Carpinteros also sold by Thursday afternoon. 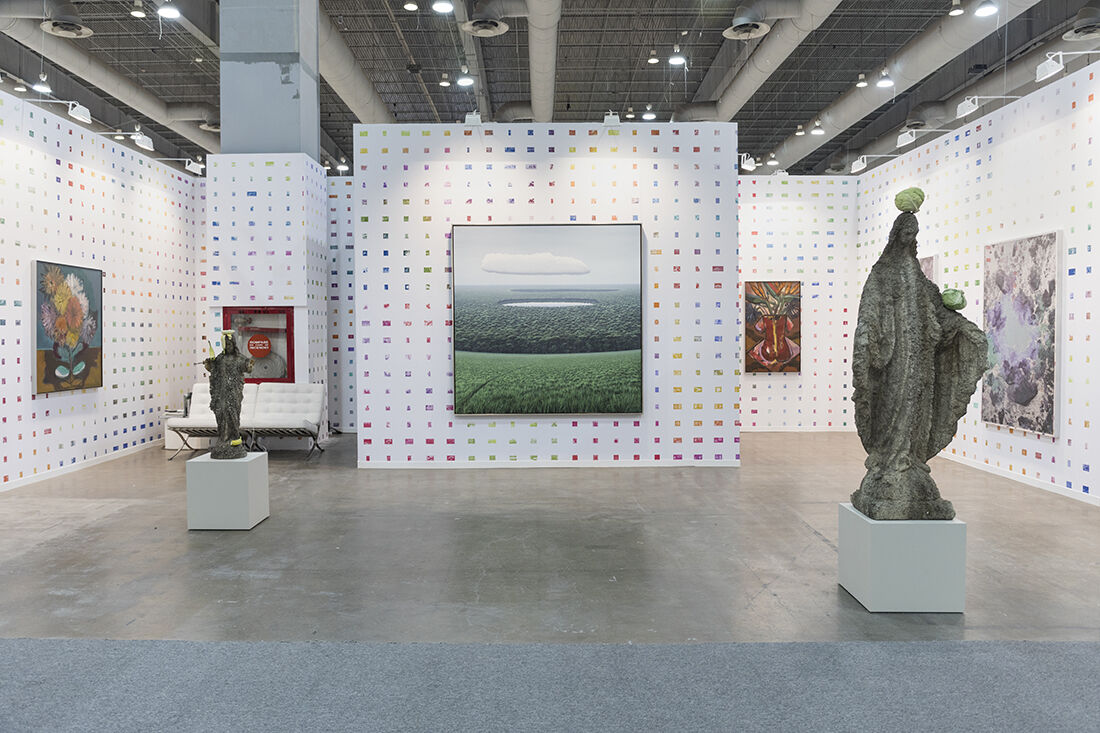 Marlborough Chelsea director Max Levai was also undaunted by the circumstances, returning to ZsONA MACO this year after a three-year absence. He sold a painting by Cuban artist
Tomás Sánchez
, Inner Lagoon...Thought Catalog (2016), for $550,000 to an American collector in the first 15 minutes of the fair. Other sales included works by
Justin Lowe and Jonah Freeman
,
Mark Hagen
, and
Ansel Krut
as of Friday.
In response to the change in both pace and mood across the art market as a whole, Levai said, “The only thing to do is to continue to make exhibitions and try to put forward the best presentations we can.” ZsONA MACO has the added benefit of being as enjoyable a destination for gallerists as it is for collectors, Levai said, noting however that these days “we don’t take [sales] for granted.”
The fair has garnered a reputation for a more relaxed pace of sales, which can stretch well into the weekend. However, this year, dealers and collectors alike had divergent experiences, with some reporting their strongest year yet while others described a slower edition with slackened market activity in comparison to years past. While the current climate in Mexico certainly doesn’t help, the results also reflect reports of more modest activity across art fairs internationally in the past 18 months.
Galleries that came out on top hung their booths wisely. According to Deborah McLeod, director of Gagosian’s Beverly Hills location, as of Saturday the gallery had exceeded their sales from last year. Though their stand featured works priced up to the seven figures, the gallery was careful not to outprice the local audience, and brought some work—like a collage by
Nancy Rubins
—at a more accessible level, she said.
At Lisson, London director Claus Robenhagen reported selling
Ai Weiwei
’s nearly 10-foot-tall sculpture, Forever (Stainless Steel Bicycles in Gilding) 3 Paris 8 Layers, (2013), for €550,000 to a public collection in Mexico City as part of the ARTZ Pedregal Public Space Acquisition Award. Robenhagen said that, while ZsONA MACO is slower in pace compared to other fairs in which the gallery participates, he was “genuinely happy” with the results. Pieces by
Pedro Reyes
,
Ryan Gander
, and Lee Ufan had also sold as of Friday.
“There’s a strong spirit now of supporting the fair, of rallying the troops,” among Mexican collectors, said Robenhagen. “It’s not every year that they all turn up for the opening, but this year everybody came, which was great.”
Robenhagen was among many who noted a distinct increase in the quality of work exhibited both at ZsONA MACO and across the city as a whole. The satellite Material Art Fair significantly stepped up its game this year, doubling the size of its exhibition space for its fourth edition. And the pop-up exhibition Salón Acme returned for a highly acclaimed fifth edition; it showcases the work of lesser-known artists, some without gallery representation, all priced below $1,000.
“It’s more difficult to get fresh collectors excited to buy something. But the more established collectors, who have been buying for a long time, they are more used to these negative influences,” said Stefan von Bartha, who’d sold a work by Imi Knoebel, LINA LISA Strasse (2001) for $150,000 to an American collector on opening day, as well as a piece by Ricardo Alcaide, In Progress (2016), for $20,000 to a local collector on Thursday. Both, he said, were veteran collectors. The dealer later reported the sale of a work by Felipe Mujica for $10,000. 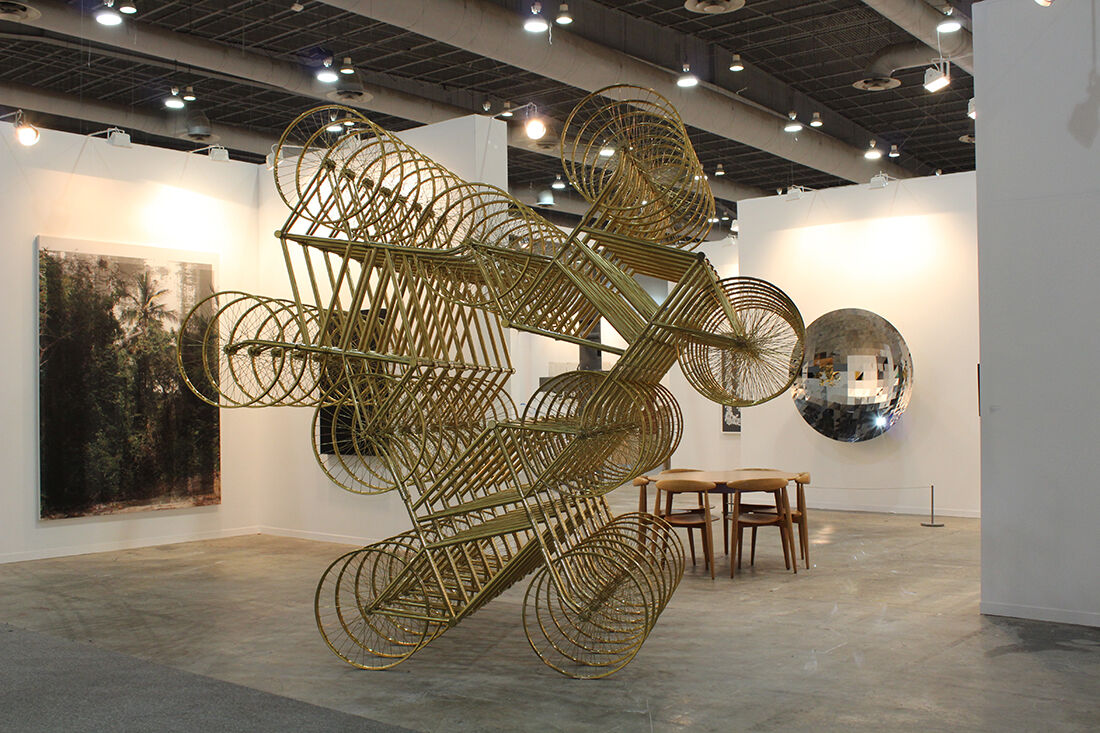 Advertisement
Steve Turner clocked in his 10th ZsONA MACO this year and had a banner start to the fair. The Los Angeles-based dealer sold his entire booth in the fair’s first two hours, which included six works by Los Angeles post-internet artist Yung Jake; a video sold for around $5,000 and five new paintings went for between $12,000 and $15,000.
Turner reported that he only sold to international collectors. He credits that fact to ZsONA MACO having become “a real destination” and said it bodes well for the fair’s future. “One needs more than just a local market, you need international visitors.” The dealer added that, at least in his case, neither Trump nor U.S.-Mexico relations had played a factor in results at the fair.
“I think after the election people accepted what we have and people have gradually said ‘I don’t have a terminal disease, it’s just a disease,’ so they’re going to keep living,” Turner said.
Teófilo Cohen, a partner at Mexico City gallery Proyectos Monclova, attributed the influx of international buyers to a steady increase in the number of dealers from abroad participating in ZsONA MACO. “When big galleries come to Mexico, they also bring wonderful collectors,” he said.
Cohen stated this had led Proyectos Monclova to one of its best outings at the fair in memory. The gallery reported selling most of the works in their booth by Friday afternoon, including pieces by
Gabriel de la Mora
and Tercerunquinto.
Cohen was not the only Mexico City dealer to report sales that eclipsed expectations. OMR’s Cristobal Riestra said that the gallery had low expectations coming into ZsONA MACO, given “the current circumstance of the world,” but had been pleasantly surprised. “The market is healthy and collectors are buying,” he said. “Perhaps it’s not as fast-paced as previous years [but] in terms of numbers, it’s the best Maco yet.”
By Thursday afternoon, OMR reported selling all four editions for each of two works by Jose Dávila, Untitled (Nurse) (2016) and Untitled (Cold Shower) III (2016), as well as an edition of Troika’s The Sum of all Possibilities (White) (2014). While he declined to disclose prices, Riestra said sales had been made to both Mexican and international clients.
Riestra noted that despite success at ZsONA MACO, OMR was, like many galleries, being more critical in evaluating where to invest money currently due to ongoing uncertainty in the market. “Uncertainty can freeze the market,” he said. Riestra also warned against becoming overly conservative.
“You can’t get depressed and just go home and close everything. You need action,” he said, “not only for personal benefit but to create art as a political statement.” Based on the outpouring of support toward the artists and galleries of the Mexican capital, it appears that in this, the art world is unified.
Molly Gottschalk is Artsy’s Lead Visuals Editor.
Related Stories 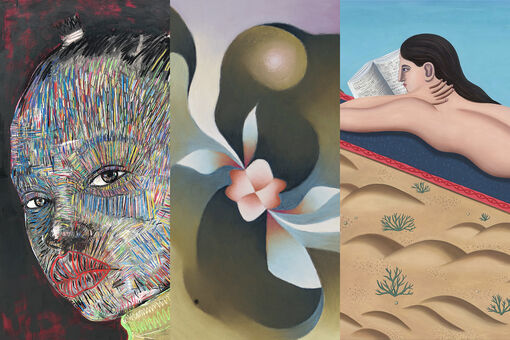 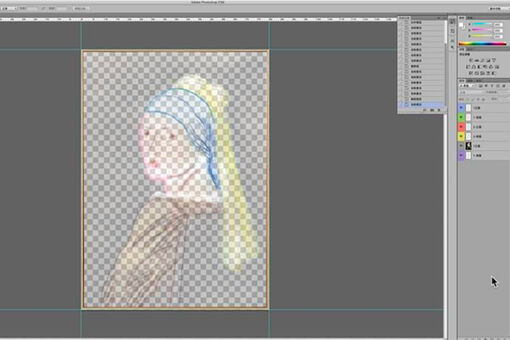 Why I Believe NFTs Will Benefit Artists
Mieke Marple
Apr 29, 2021