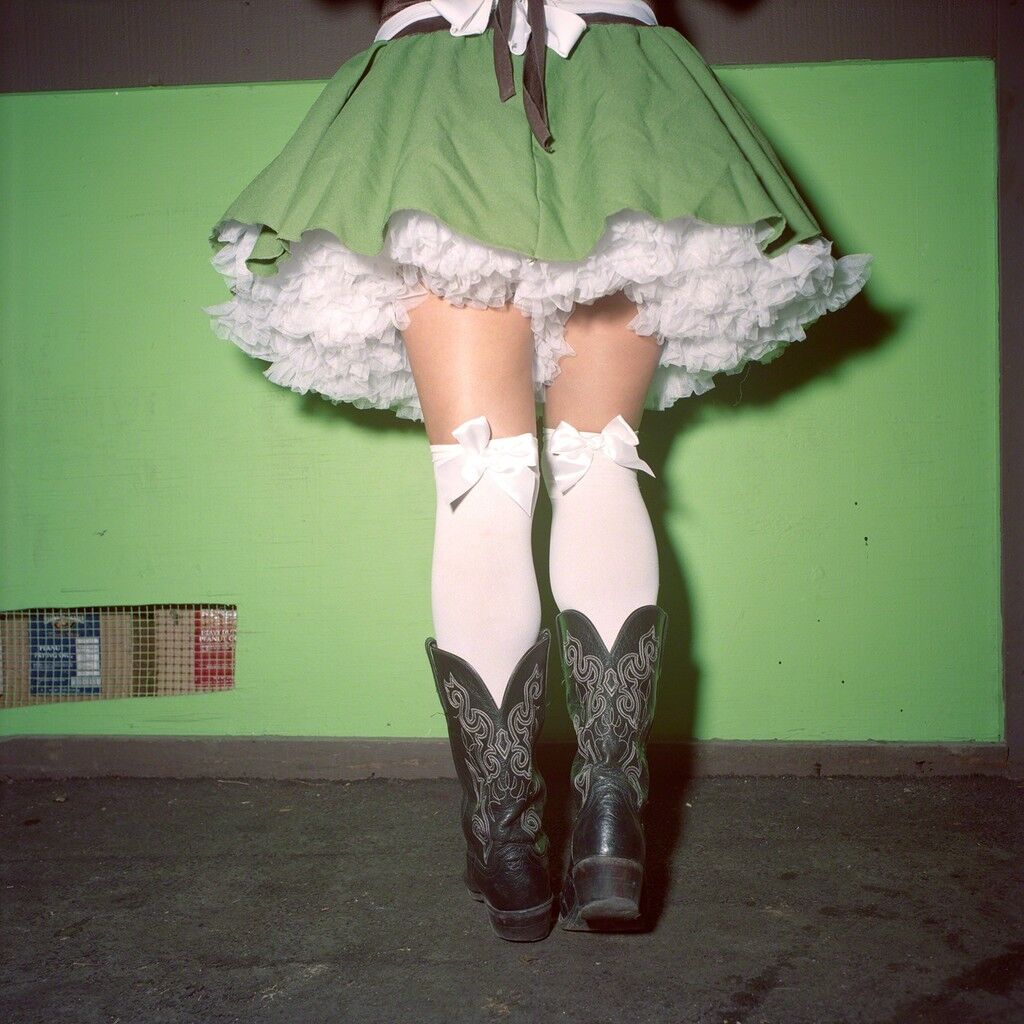 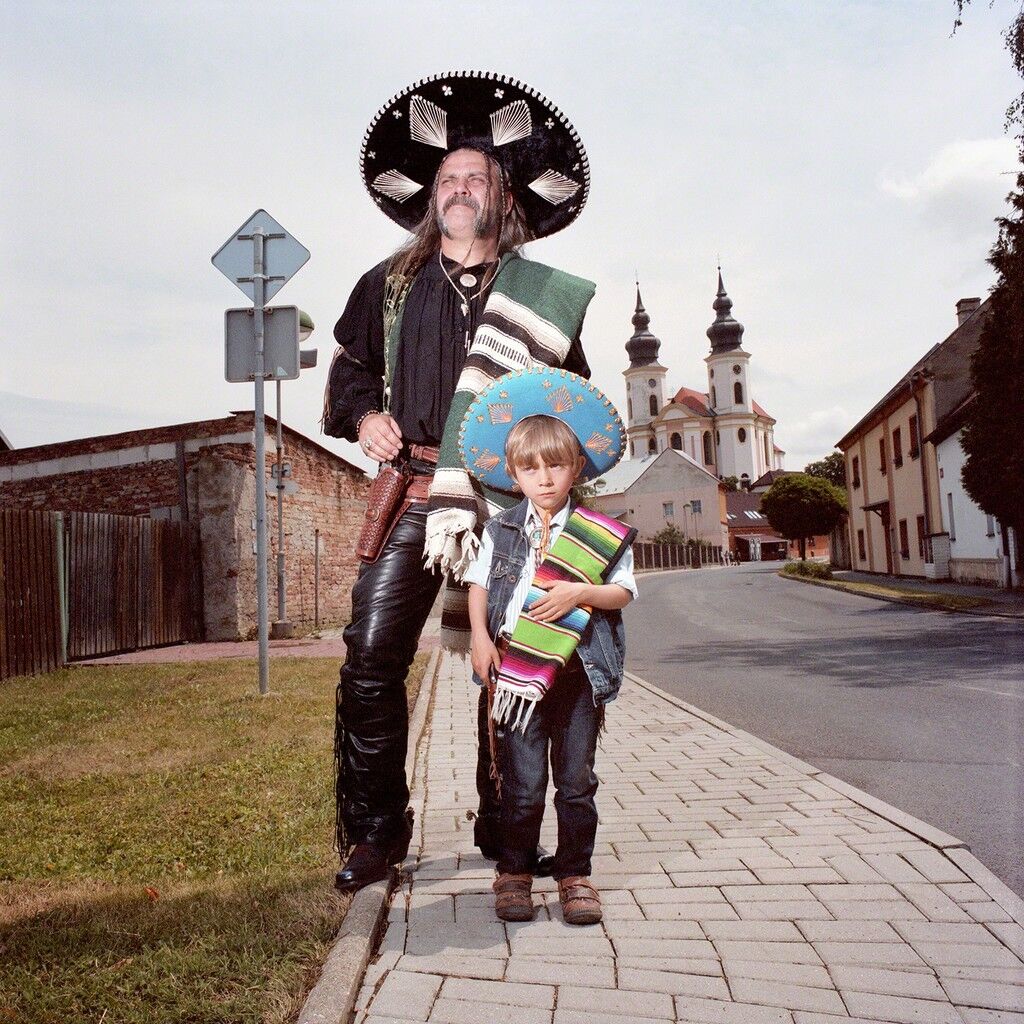 Naomi Harris
'Mexican' Father and Son, Brezno, Czech Republic, 2014
Circuit Gallery
To create this series, titled “EUSA” and now on view at Circuit Gallery in Toronto, Harris visited American-themed sites in Europe and European-themed sites in the U.S., and reported back with striking photographs of contrasting cultural heritages. 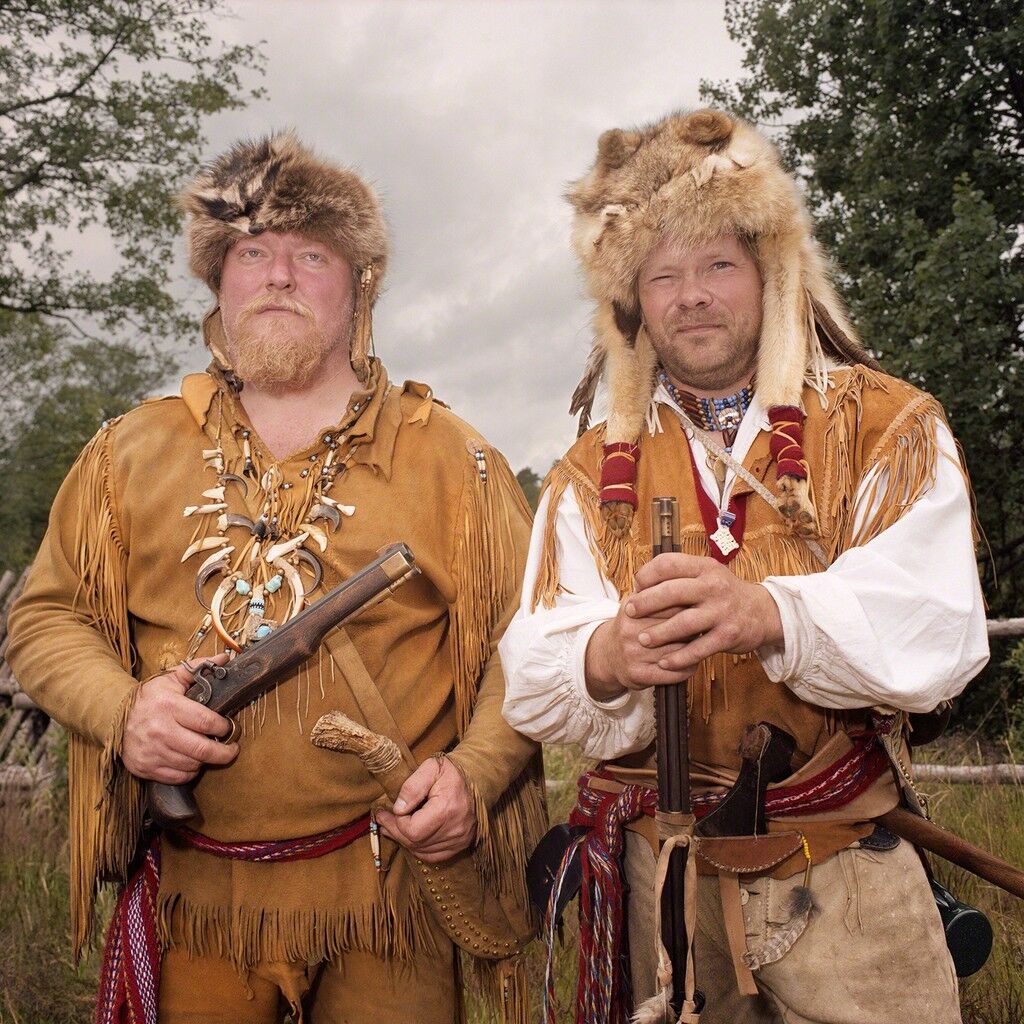 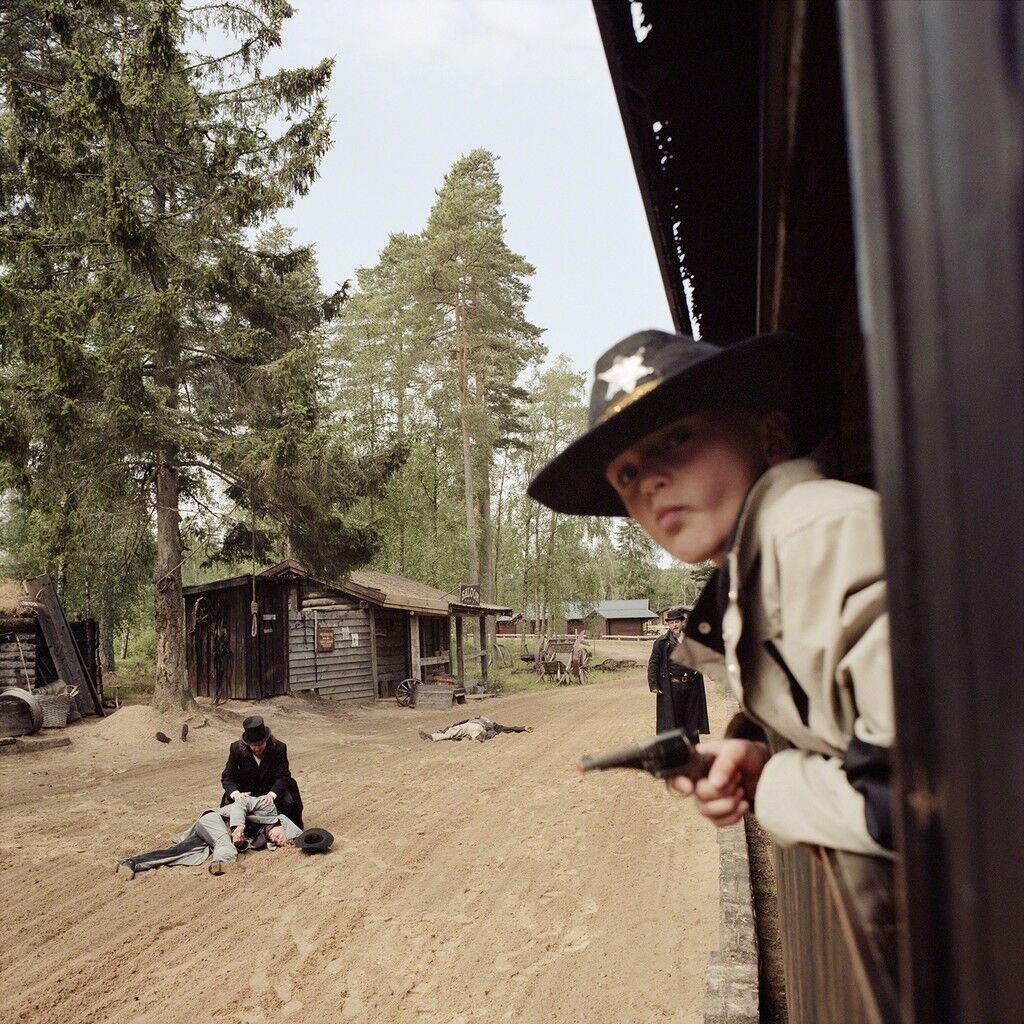 Naomi Harris
Train Bandits, High Chaparral, Hillerstop, Sweden, 2008
Circuit Gallery
In Fur Trappers, High Chaparral, Hillerstorp, Sweden (2008) Harris photographs two red-faced, fur-clad Swedish men wielding guns and swords. The theme park where it was taken may have been inspired by the Arizona ranch-based television show “The High Chaparral,” and indeed the men are dressed the part of furriers. The way the men look off into the distance with expressions of glazed-over indifference conveys an overall unsettling tone.
In another shot taken at the same site, Train Bandits, High Chaparral, Hillerstop, Sweden (2008), several people appear either injured or dead on a Western-themed set. A boy passing by train in the foreground wears a sheriff hat and is toting a toy gun—he seems oblivious to the deaths behind him. It’s as if two separate, truncated scenes—one real, one fictional—coexist within the same frame. The viewer is left with an impression of imminent danger and violence, but without the clarity of knowing the narrative arc behind this shot. 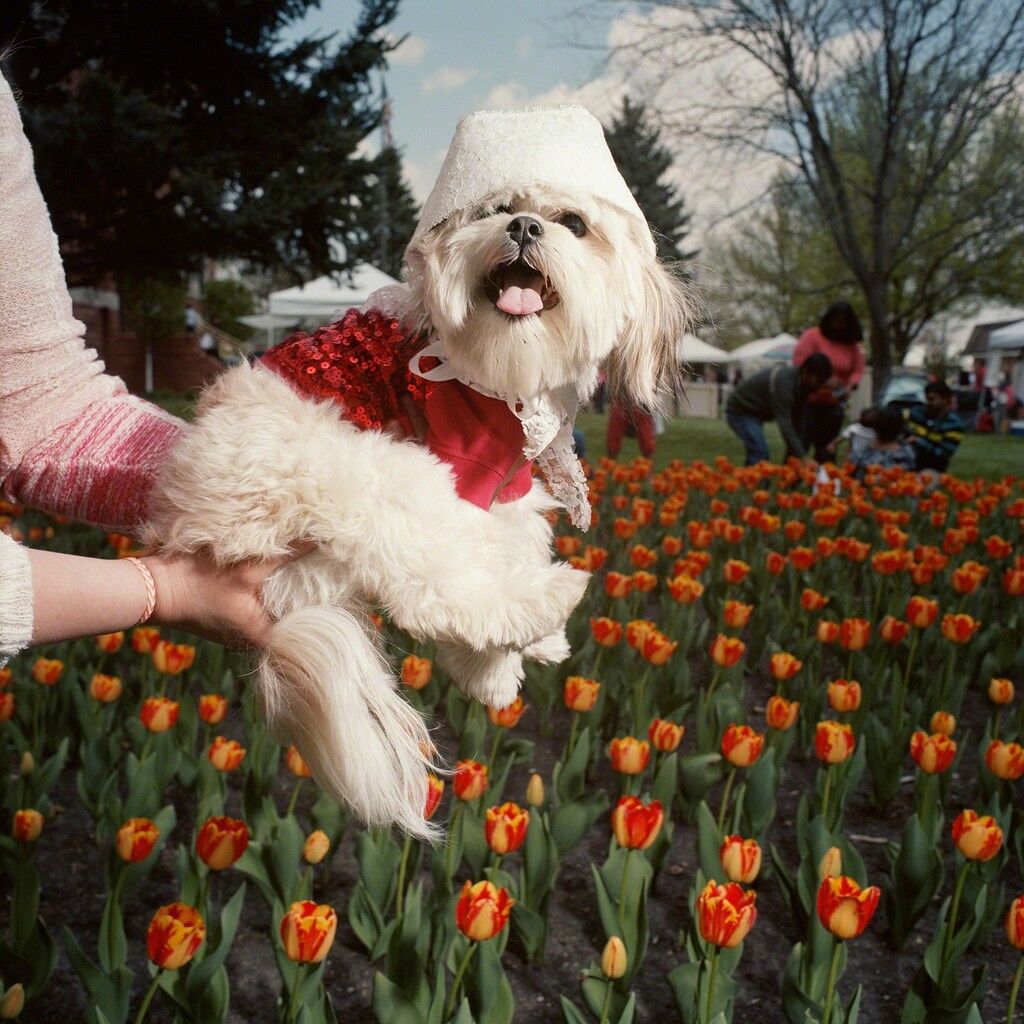 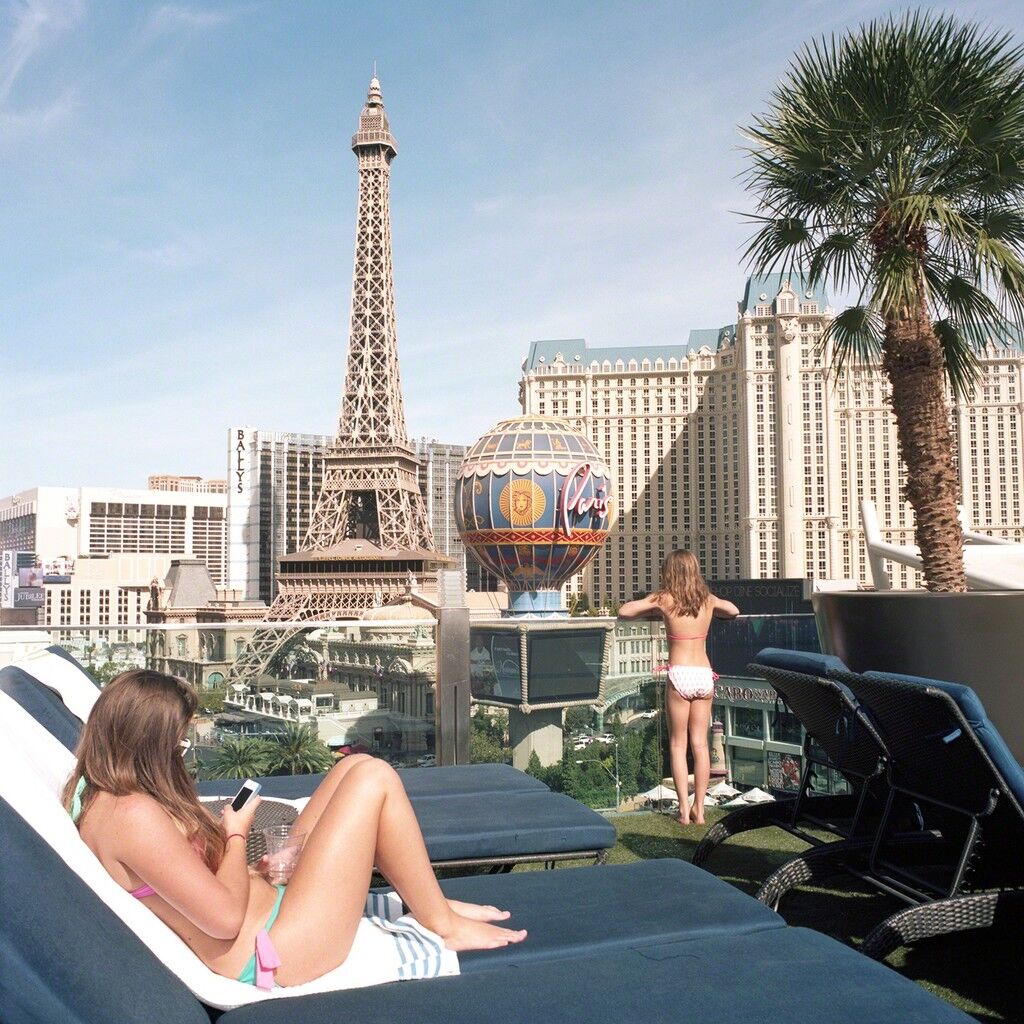 Naomi Harris
French Girls with Eiffel Tower, Las Vegas, Nevada, 2014
Circuit Gallery
Advertisement
Harris strikes a comedic note with French Girls with Eiffel Tower, Las Vegas, Nevada (2014), a photograph of two bikini-clad girls looking out at a recreation of the Eiffel Tower from a Las Vegas hotel rooftop. This shot highlights the absurdity of geographical recreations and takes a critical approach to travel as a voyeuristic pursuit. Las Vegas, after all, is the ultimate destination for an artist drawn to spectacle and interested in mapping out the interplay between fictional and real environments. 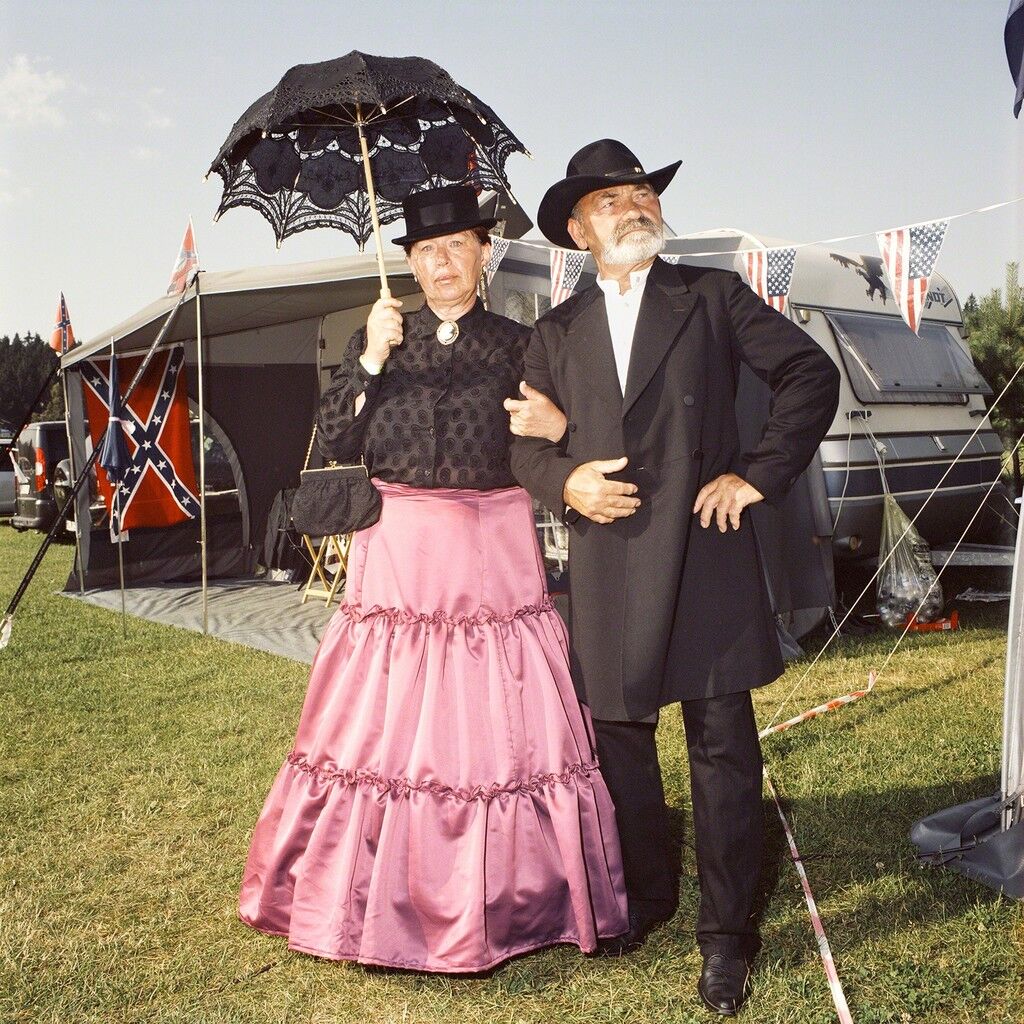 Naomi Harris
Genteel Couple, Western Park, Czech Republic, 2010
Circuit Gallery
As the artist articulates, “These locations are a perception of fantasy, a sense of what the other wishes [their] reality [could] be in today’s globalized society.” Her photographs reveal gaps in these cultural fantasies, tracing how idealized depictions of a culture lead to flawed, inaccurate portrayals of it.
—Anna Furman
“Naomi Harris: EUSA” is on view at Circuit Gallery, Toronto, Aug. 27-Sep. 19, 2015.
Follow Circuit Gallery on Artsy.
Related Stories