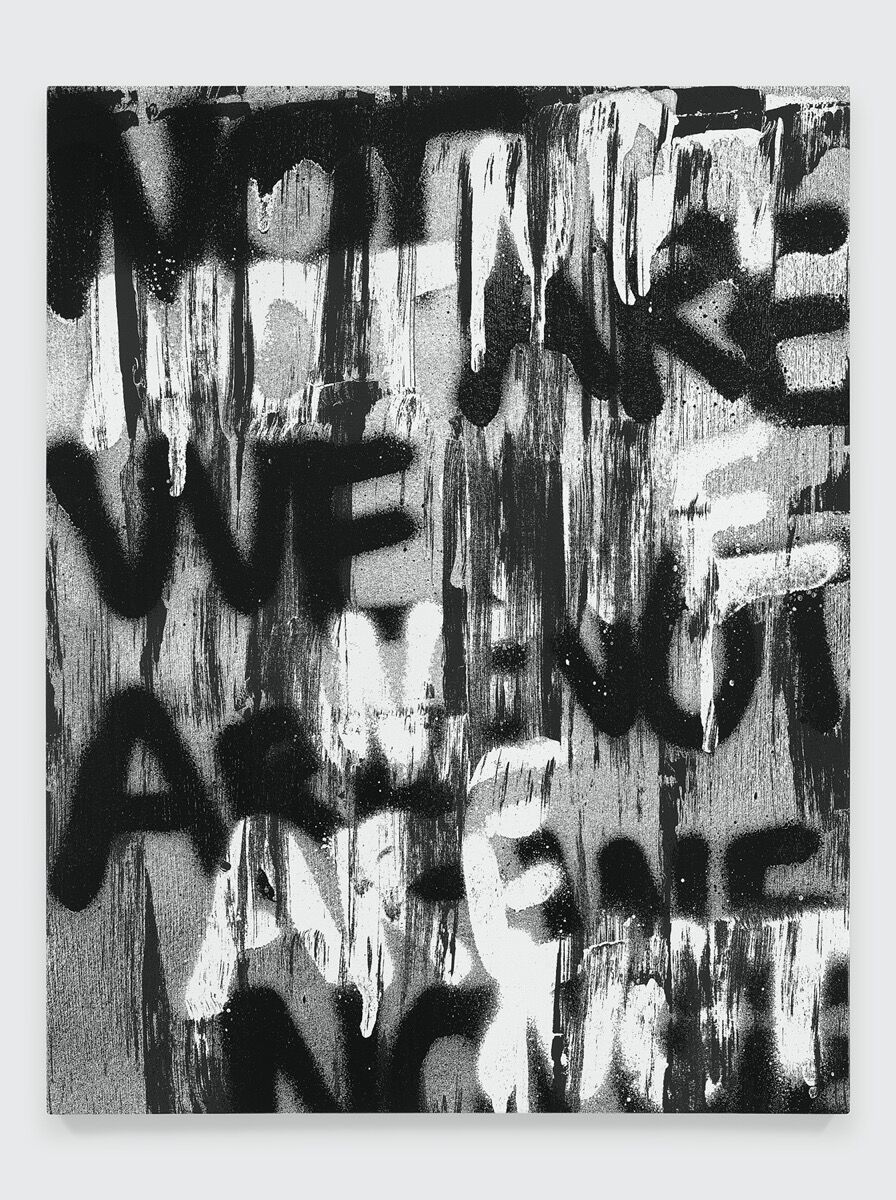 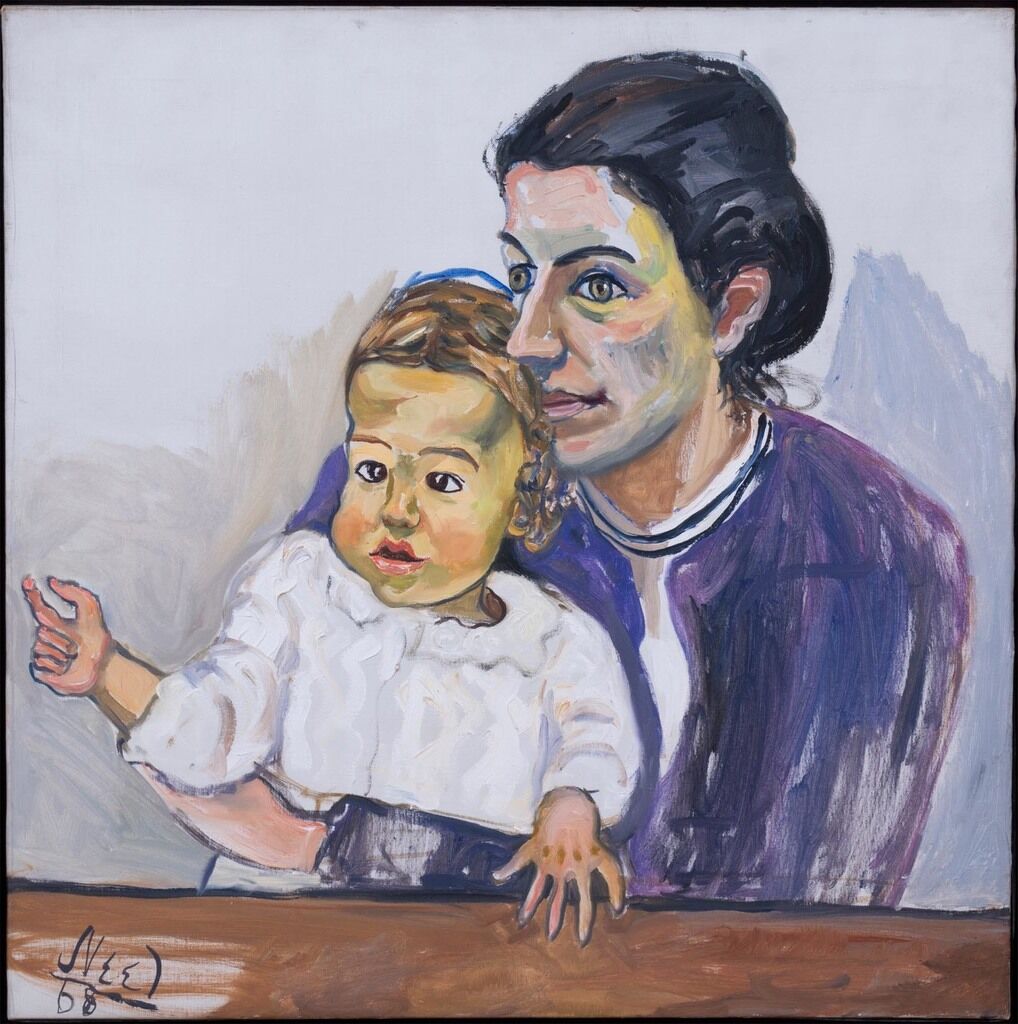 Alice Neel
NANCY AND OLIVIA , 1968
Cheim & Read
On Wednesday night, the first battalion crested the horizon of Armory Week in the form of the ADAA Art Show. This is the 32nd edition of the fair hosted by the Art Dealers Association of America, and as usual, it saw the Park Avenue Armory humming with activity as 72 galleries presented works to attendees of the gala preview.
Over the fair’s lifespan, it has raised over $32 million for Henry Street Settlement, a nonprofit social service agency in New York’s Lower East Side neighborhood, which the gala benefits yearly through ticket sales. “We try to do some good while also surrounded by things of beauty,” Maureen Bray, executive director of the ADAA told Artsy. “We really try to get the right rhythm between historical and contemporary work.” 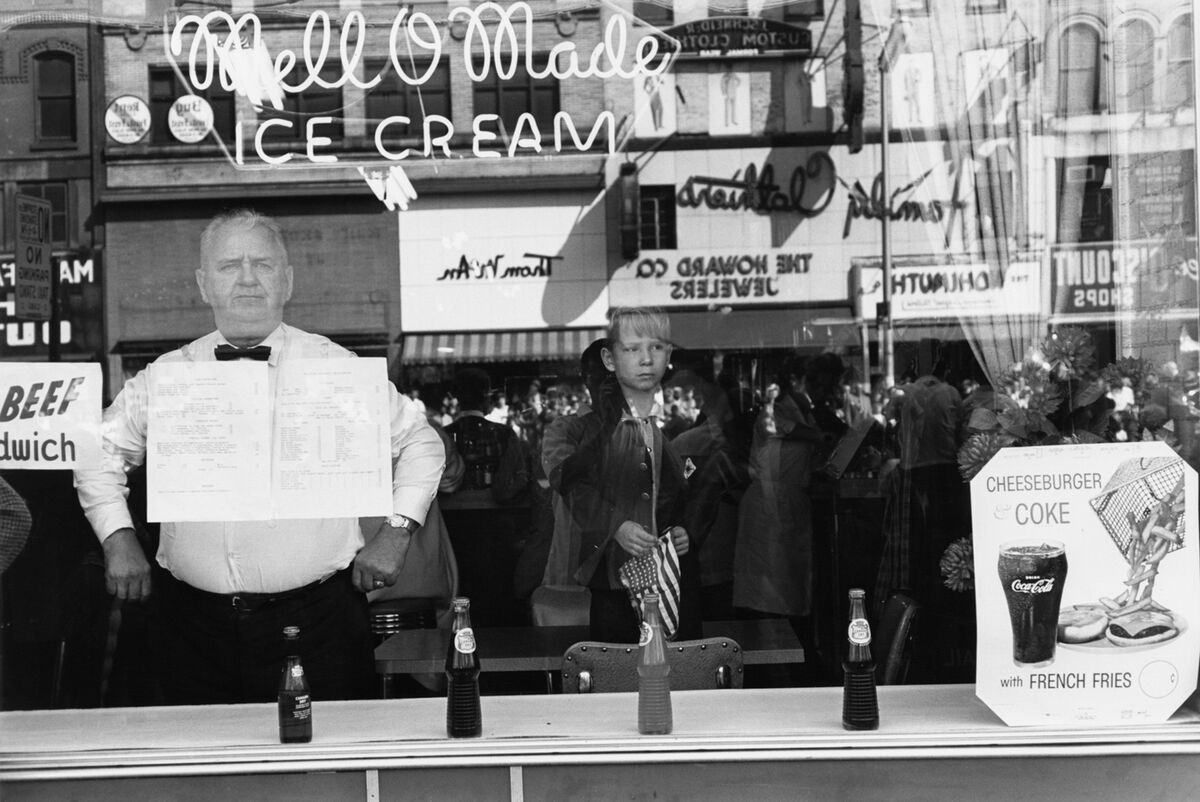 “Something unique about this year is that we have one of the highest numbers of female solo presentations in the history of the fair, which happened organically,” Bray added. “We’re at a point now where the market appreciates and is broadening its understanding that all artists make contributions to its ecology.” Among those booths were Cheim & Read’s presentation of
Alice Neel
portraits and urban landscapes, Susan Inglett’s selection of work by
Beverly Semmes
, and ethereal landscapes by
Jane Wilson
at DC Moore. And just behind Bray hung a collage piece by
Beatriz Milhazes
, part of a silent auction that will directly benefit Henry Street Settlement.
Milhazes is the most recent addition to Pace Gallery’s rapidly expanding roster. Pace presented a solo booth of work by
Adam Pendleton
and completely sold out its inventory of the artist’s text-based, graffiti-like canvases of varying sizes on the fair’s first day, each selling within a range of $80,000 to $225,000. This sort of stark typography seemed to be on trend inside the Armory, as Luhring Augustine and Fraenkel’s joint booth presented the notorious text stylings of market heavyweight
Christopher Wool
alongside black-and-white photography of signage across the U.S. shot by
Lee Friedlander
. 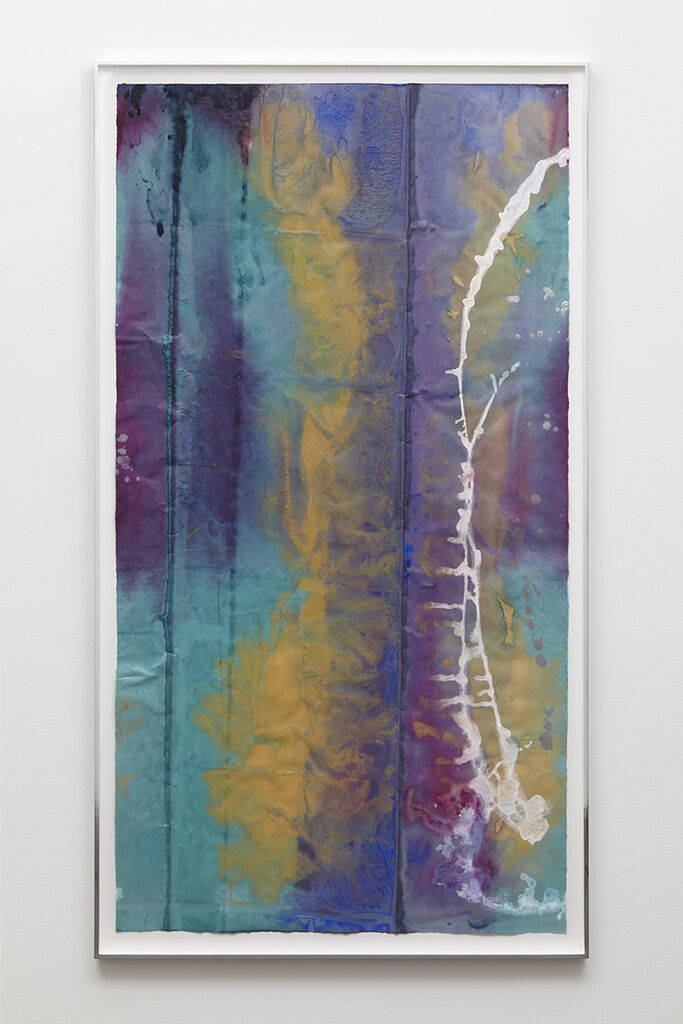 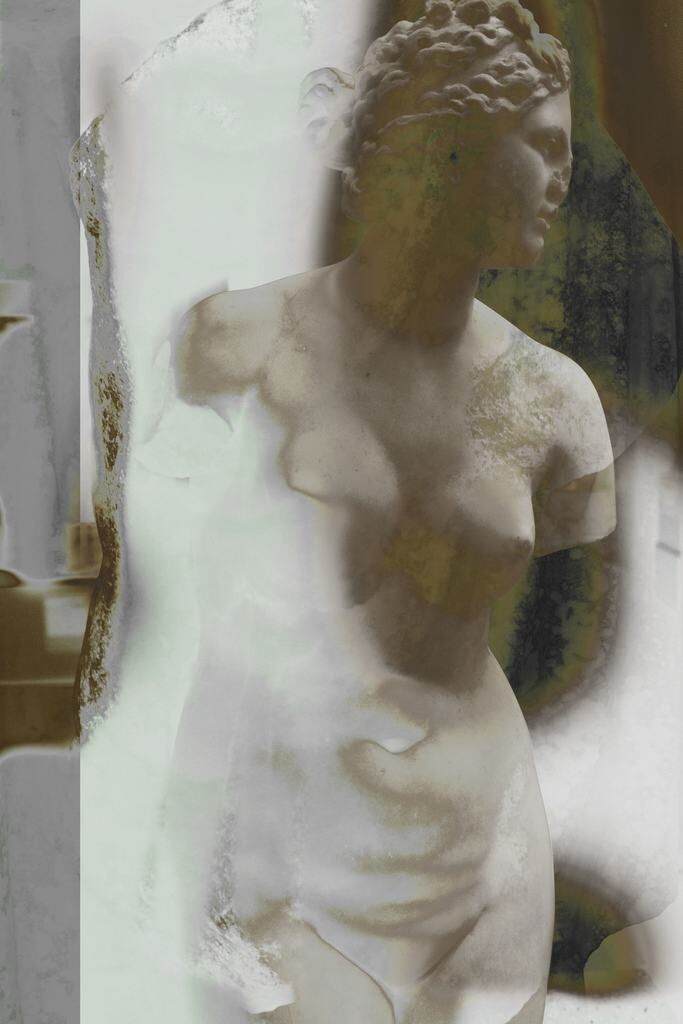 James Welling
2801, 2018
David Zwirner
Advertisement
The Armory was abuzz during Wednesday night’s gala, though many speculated that the Museum of Modern Art’s coinciding opening of
Donald Judd
’s first major U.S. retrospective just down the road may have detracted from the crowd. This didn’t seem to take much away from the scene, though, as art-types about town such as Brian Donnelly (a.k.a.
KAWS
),
Nina Chanel Abney
, Jerry Saltz, and Yvonne Force Villareal were in the mix, as well as what seemed to be a new Hollywood crowd, with the likes of Nev Schulman (creator of the documentary series Catfish) and Girls actor Ebon Moss-Bachrach roaming the aisles. Call it the Frieze L.A. effect, maybe.
That glamorous audience got down to business during the preview. At Petzel, a diptych by
Walead Beshty
in striking purple and turquoise sold for $40,000, while Casey Kaplan sold “a few” paintings of pop cultural figures such as Venus Williams and Anna Karina by
Judith Eisler
for prices ranging from $30,000 to $42,000. Sean Kelly nearly sold out his booth of minimal
Idris Khan
paintings, with 10 of them selling for £45,000 ($58,000) a pop. “It’d be easier for me to tell you what hasn’t sold,” the dealer joked. San Francisco’s Hosfelt Gallery has a touching show of paintings by
Gideon Rubin
that brim with adolescent leisure and boredom, and 7 out of the 15 works had sold within the first hour and a half of the preview for figures between $11,000 and $30,000. David Zwirner sold five photographs by
James Welling
, priced between $15,000 and $40,000, and newcomer to the fair David Kordansky presented a selection of work by
Sam Gilliam
, selling an undisclosed number of them for $180,000 each, and keeping one on hold for a similarly undisclosed major U.S. institution. 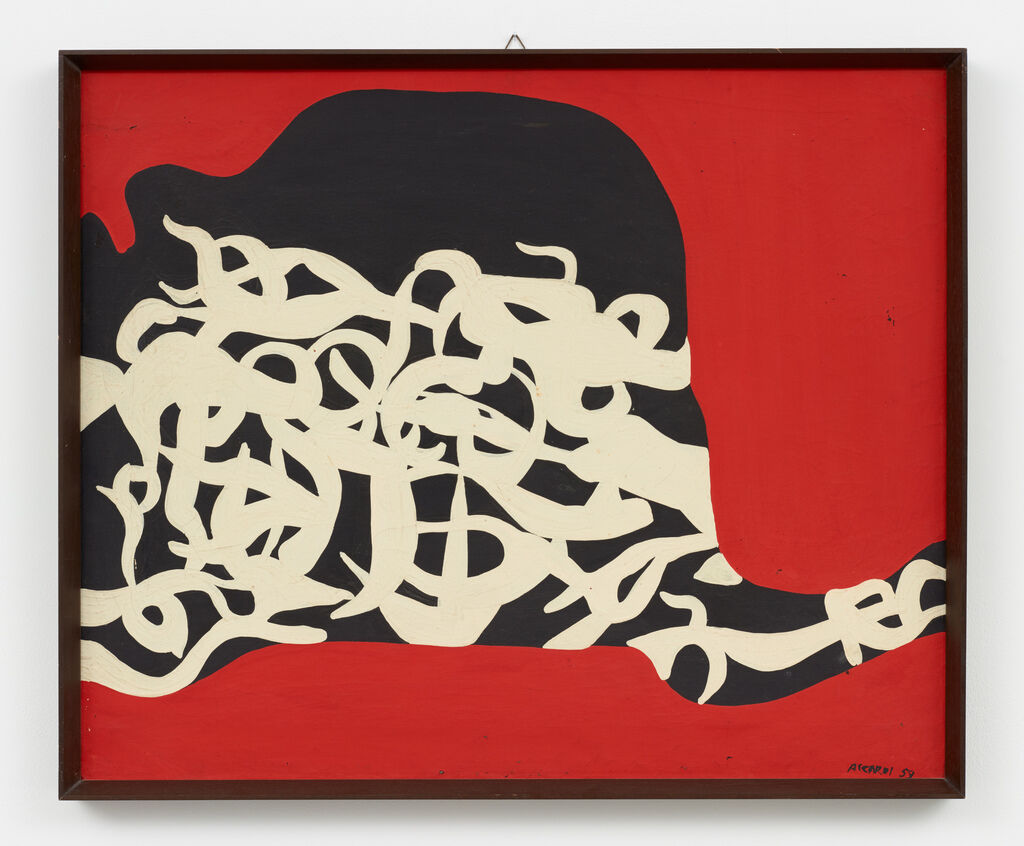 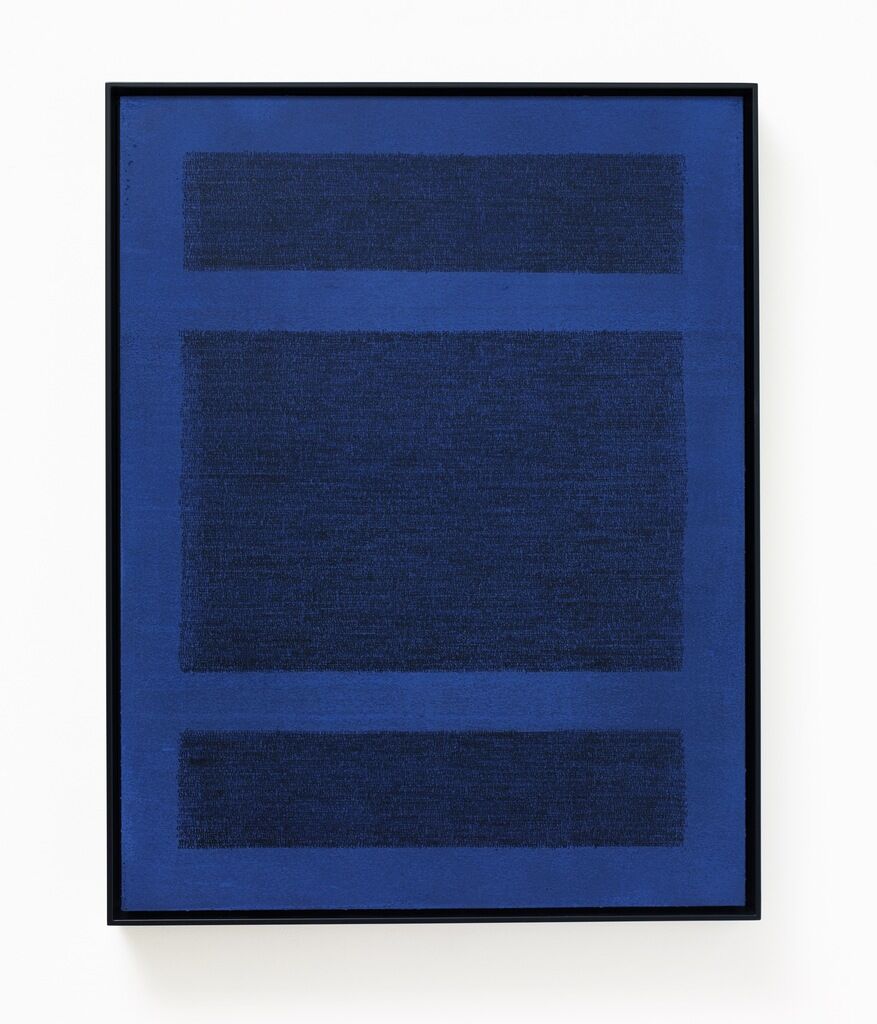 Idris Khan
The Line Between the Bar (Number 8), 2020
Sean Kelly Gallery
Also new to the fair was Andrew Kreps, who presented, alongside Bortolami, a booth of vibrant, textural
Carla Accardi
pieces in bright greens and pinks that turned heads. “I’ve thought about doing the fair for a very long time, though I haven’t been a member [of ADAA] for all that long,” Kreps told Artsy. “It’s more about this particular group of works we were able to get that was the impetus to do this project with Stefania [Bortolami].”
Meanwhile, Dorsey Waxter, co-founder of Van Doren Waxter, has shown at the ADAA Art Show for virtually all 32 years of the fair’s existence with the different galleries she’s worked in throughout her career, and served as the ADAA’s president from 2013 to 2015. “I think there’s a lot more interest in living artists now, as opposed to the historical material,” she said of how she’s seen the fair change. “I think a lot of the collector base is extremely loyal to this fair, and I think it was better when we were in the same week as [The Armory Show] because we were each benefiting from the other fair, because people would go between the two.” 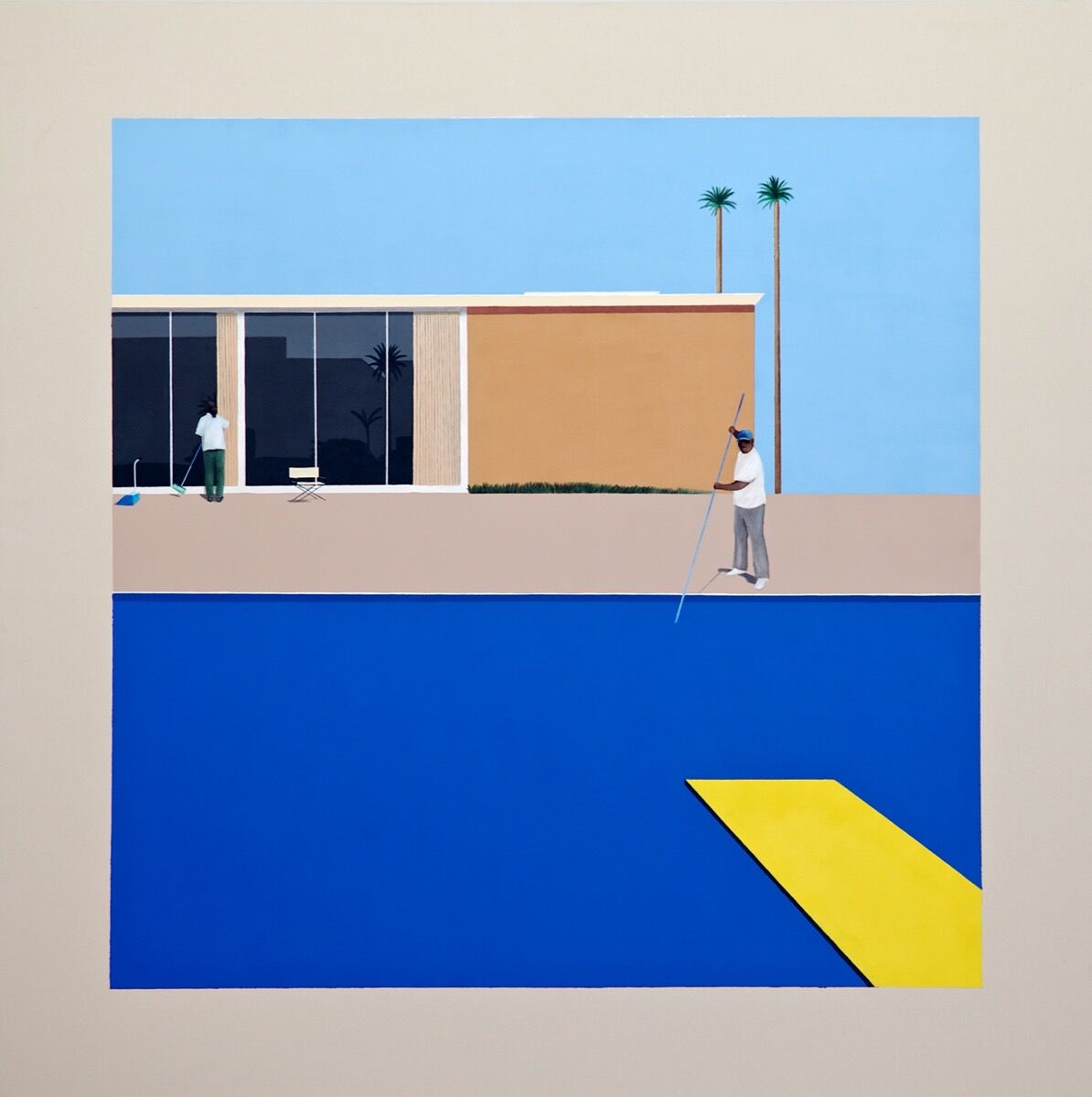 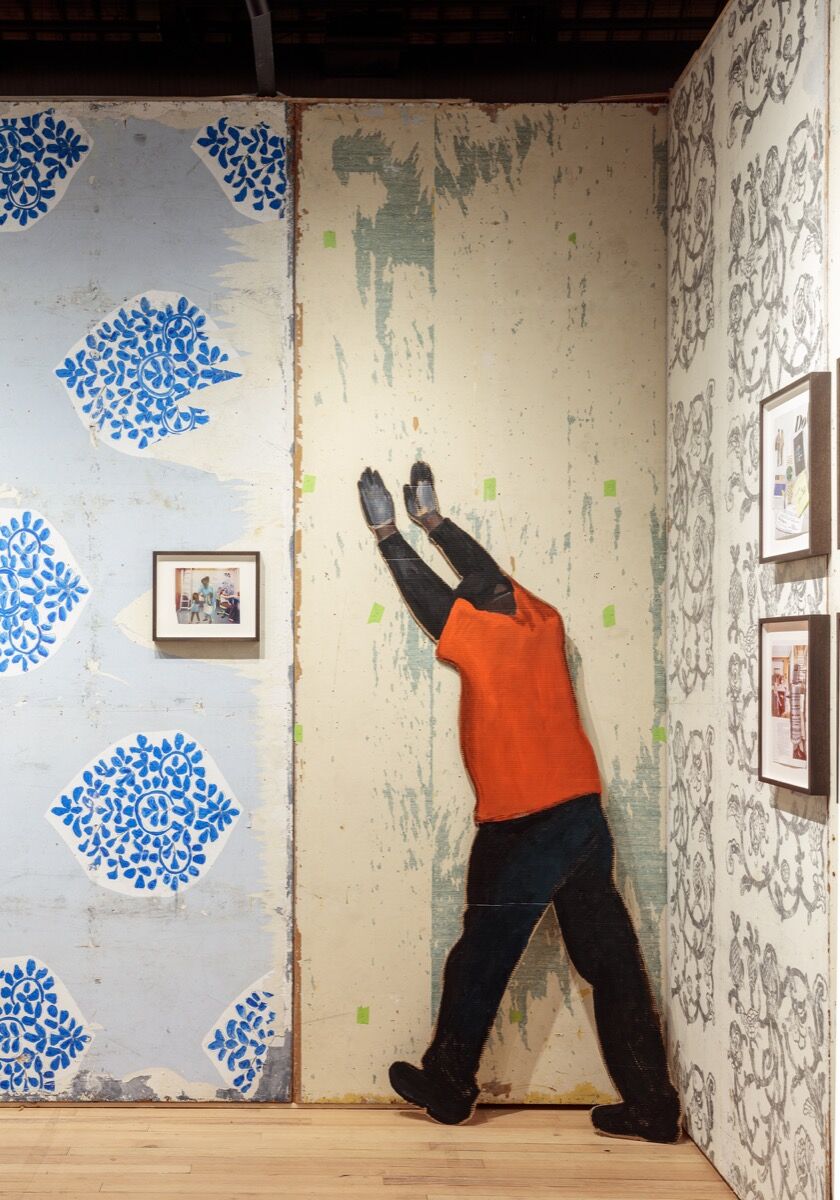 That’s not to say the evening didn’t have its standouts drawing swarms of art lovers, though. The knockout booth of the evening seemed to be P.P.O.W’s solo presentation of works by
Ramiro Gomez
. The Mexican-American artist is known for his interest in bringing to light unseen and erased labor; his most famous piece is his riff on
David Hockney
’s A Bigger Splash (1967), titled No Splash (2013), which shows the working-class people who clean the pools of the Los Angeles elite.
For the ADAA presentation, Gomez—who once worked as a domestic worker in Los Angeles—created cardboard cutouts of the fabricators and carpenters of the Park Avenue Armory’s booths hammering, sweeping, and literally holding up bits of exposed wall. “As an artist showing in art fairs now, the first thing I want to come to terms with is the setup, and what people don’t see,” Gomez explained. “These are based on four people that work here [at the Park Avenue Armory].…Yesterday having these set up, I got to see workers here come by the booth and recognize their coworkers and then engage with the work.”
The 2020 edition of the ADAA Art Show continues through March 1st.
Annie Armstrong
Correction: A previous version of this article referred to Maureen Bray as the Executive Director of The Art Show. She is the Executive Director of the ADAA.
Related Stories

What Sold at Art Basel in Miami Beach’s Online Edition 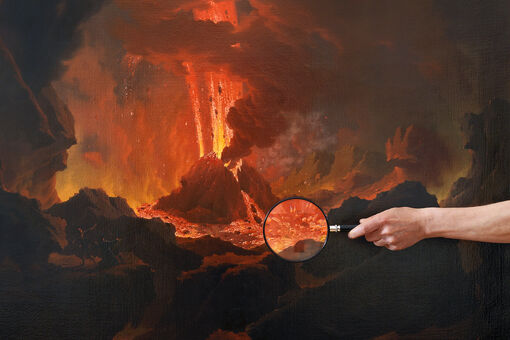 What Collectors Need to Know about Certificates of Authenticity
Courtney Tenz
Feb 22, 2021 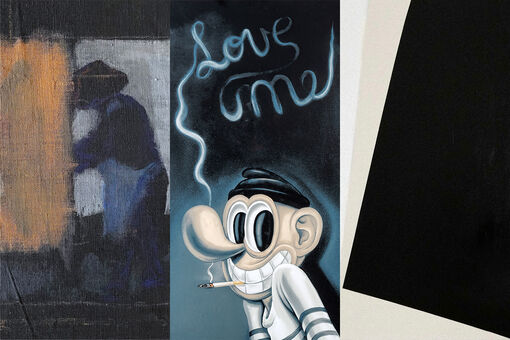 How to Responsibly Collect the Work of Black Artists
Destinee Ross-Sutton
Feb 17, 2021