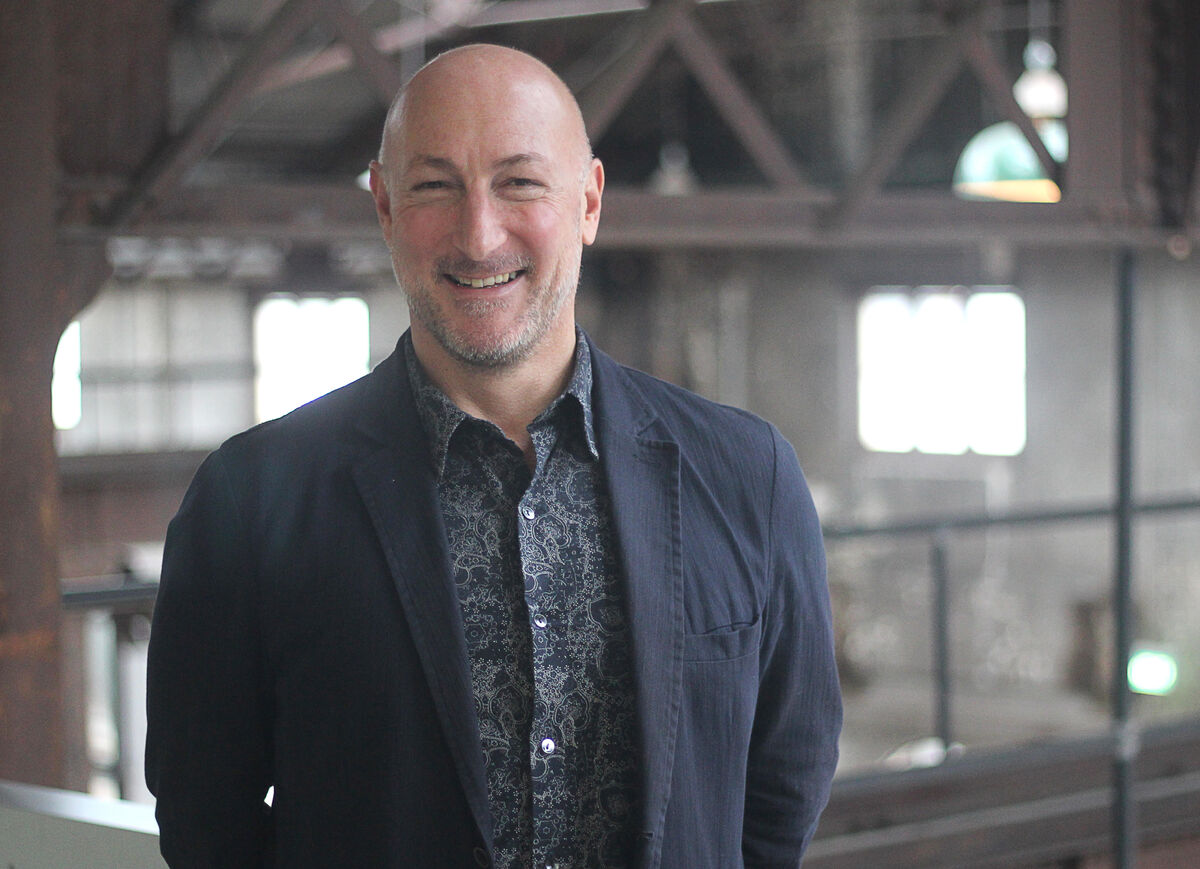 The young Australian art fair Sydney Contemporary has enjoyed a rapid rise. In 2013, the fair’s first year, visitor’s quintupled expectations, leaving miles of gridlock in their wake while getting to the event (more on that below). Now gearing up for its second edition—it alternates with the older Melbourne Art Fair each year—director Barry Keldoulis is bullish about the fair’s future. The former gallerist has secured nearly 100 galleries from 13 countries to participate in 2015, up from around 80 exhibitors in 2013.
Keldoulis has banked on Sydney’s “bucket list” status to gain international attention. Meanwhile, the fair has aided in concentrating and expanding the city’s art scene; four satellite fairs have sprung up this year. It’s a strategy Sydney Contemporary’s creator Tim Etchells proved successful in Hong Kong, where he co-founded ArtHK, which was later acquired by Art Basel. Etchells went on to found Art Central, Art Basel Hong Kong’s main satellite fair, as well as Art15 in London.
Artsy caught up with Keldoulis in the weeks leading up to the Sydney Contemporary’s opening to discuss what’s new for 2015, Australia’s love affair with video art, and the internet’s key role in ensuring the success of a fair Down Under. 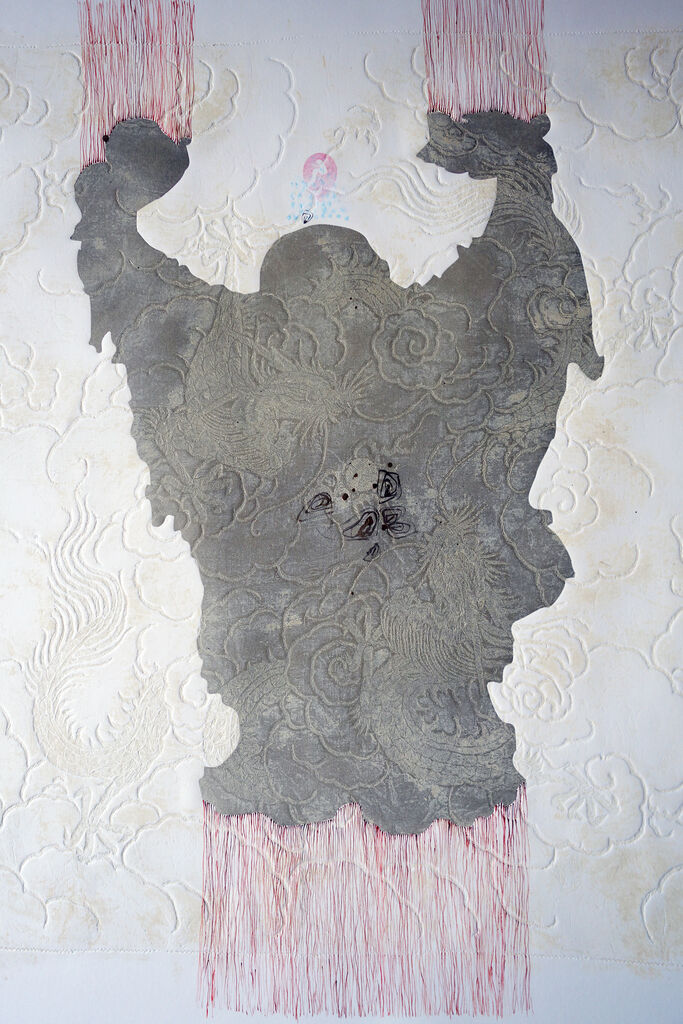 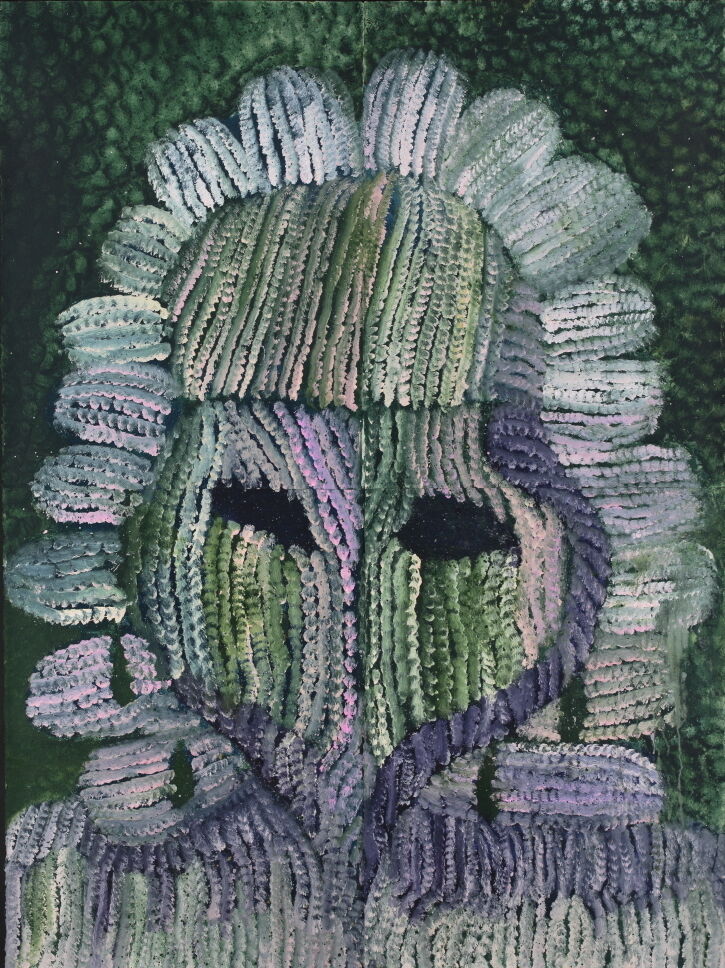 Rhys Lee
The Mask Of The Female Crane Fly, 2015
Nicholas Thompson Gallery
Alexander Forbes: What prompted the decision to have the Sydney Contemporary alternate each year with the Melbourne Art Fair?
Barry Keldoulis: Australia is a continent the size of the United States, but half the population lives in Sydney and Melbourne, about four million each. It’s kind of extraordinary, really, but the airline route between the two is one of the busiest in the world. So it’s not really about serving Melbourne’s collectors one year and Sydney’s another. It’s more about reflecting the fact that the cities themselves have very different flavors: Melbourne is usually described as a Victorian Lady and Sydney a beautiful whore.
Melbourne has had an art fair for 25 years. It’s a very established fair, housed in a World Heritage grand old Victorian-era exhibition structure, and very Australasian. Sydney is and will likely continue to be the more international fair of the two because of the city’s caché around the world; it’s on a lot of people’s bucket lists to visit. The art fair gives a good excuse for a bit of cultural tourism.  Because our international advertising is based around beaches and cuddly animals, when people come from further afield, they’re surprised to find that we have a cultural life and a very healthy and vibrant visual arts culture as well.
AF: The art market in Australia took a pretty serious hit following the Global Financial Crisis in 2008 and the years following. Where do things stand now?
BK: Many of the galleries are saying that they’ve had their best six months ever. The Global Financial Crisis certainly had an impact. And at the same time as the financial crisis, the government, in all its wisdom, made policy changes, which affected the market as well. That was a sort of double-whammy. But with the maturing of the internet, among other things, the landscape for what was a very set ecosystem is changing. It wasn’t just a financial thing that caused some galleries to close—it was a whole tsunami of change. Australia never went into recession. Quite the opposite, our dollar soared upwards in value compared to the American dollar, which had the effect of making international art seem relatively inexpensive to our collector base. At the time, as a gallerist you might not have welcomed that because the money was flowing overseas to international artists and galleries. But the long-term effect of that is that we now have a much more sophisticated collector base. That, in part, has allowed us to put the Global Financial Crisis well in the past now. The market here is healthy and our artists are still making good work, which helps as well. 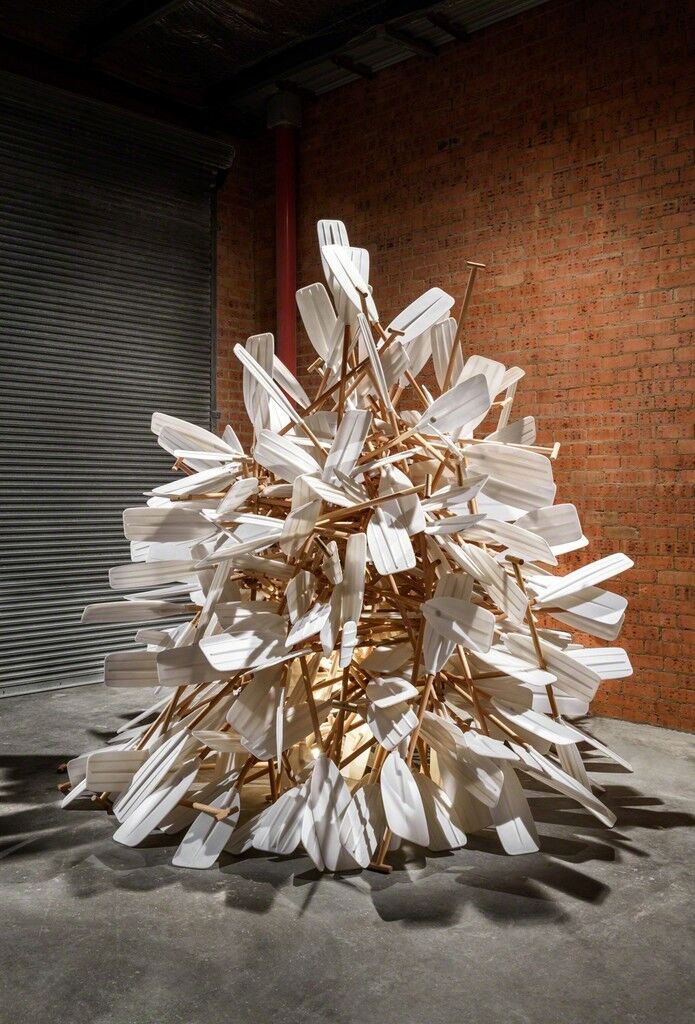 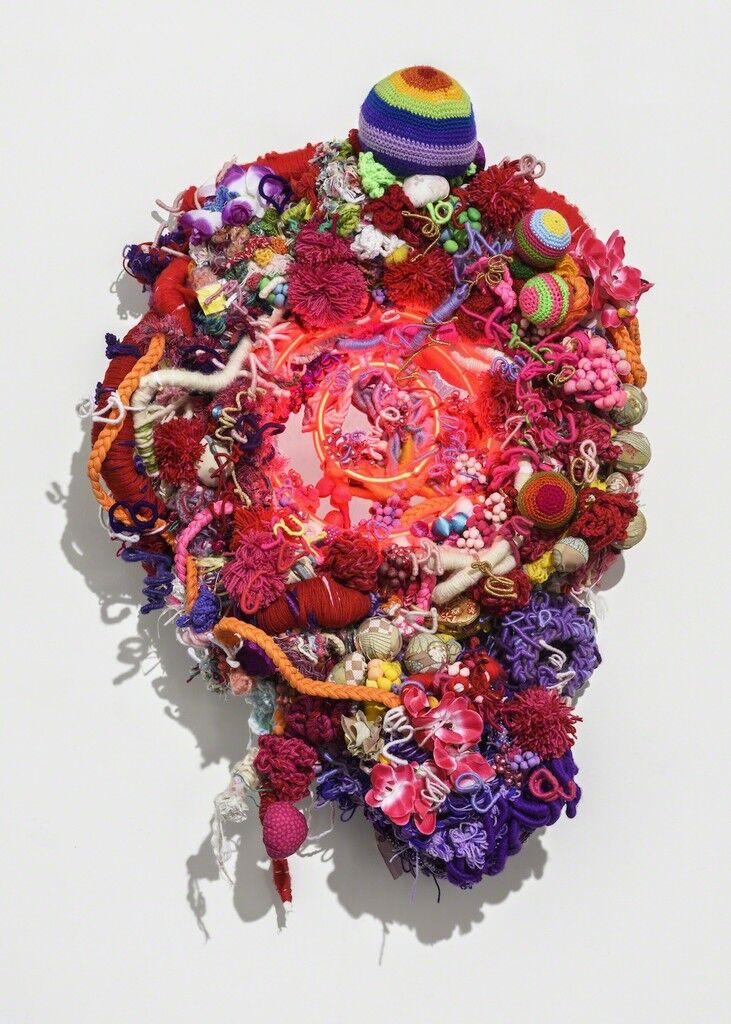 Hiromi Tango
New Memory (Fluorescence), 2015
Sullivan+Strumpf
Advertisement
AF: Being relatively isolated from major art-market hubs in Europe and America, how do you go about attracting a critical mass of international collectors?
BK: We realize that this recognition of Sydney as a cultural hub will grow over time. We have brought a number of people out and a number of galleries out, but we’re not in any hurry. We’d rather focus on quality engagement at this point and let that word spread. That said, some of the groundwork has been laid for us. The internet has of course made the world a much smaller place. Also, our institutions, the Museum of Contemporary Art Australia here in Sydney and the Art Gallery of New South Wales, which has dedicated 50% of its space to contemporary art, have a wide reach. The Australian Council has done a great job of sending our artists around the world. And our collectors—because of our isolation, of being on the other end of the world—travel perhaps more than anyone else. Those contacts have brought people here and brought our art internationally. 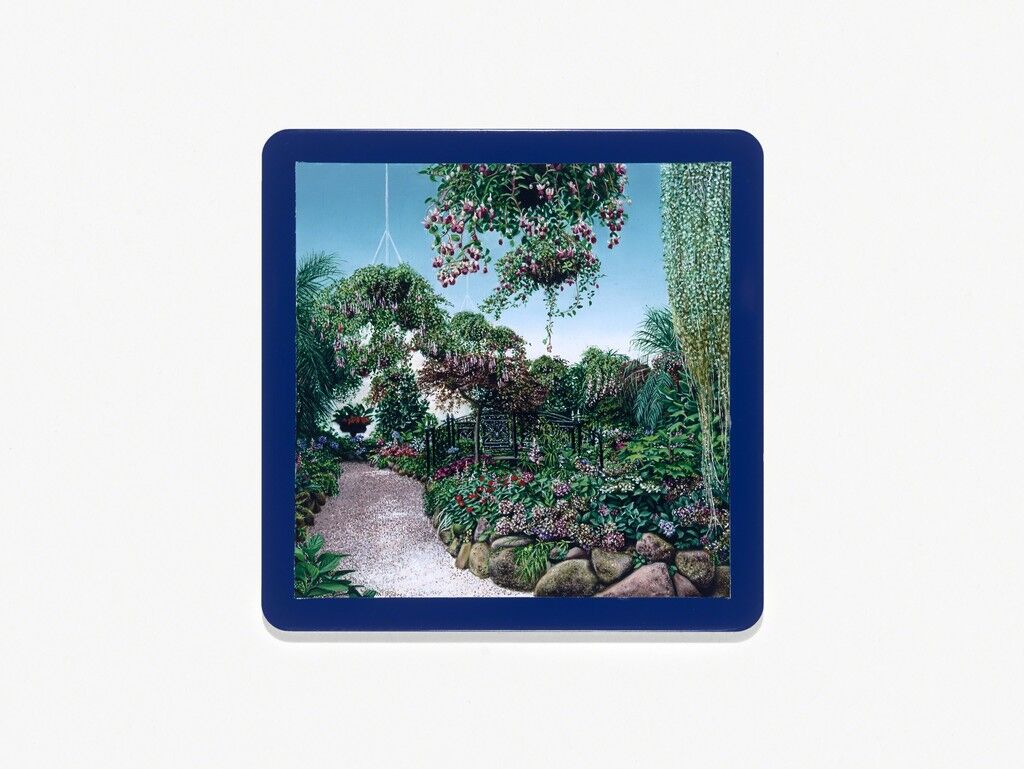 Natasha Bieniek
Romeo, 2015
THIS IS NO FANTASY + Dianne Tanzer Gallery
AF: And the proof is in the pudding, so to say, with four other fairs joining you this year. Is that a reflection of an increase in local engagement with visual art?
BK: Before Sydney Contemporary in 2013, the question on everyone’s mind was, “Is Sydney ready for an international fair?” For the first edition, it was a bit like having a party; you never know if anyone’s going to turn up. We were hoping for three or four thousand people but over ten thousand arrived on the opening night. They closed the local train station for the first time ever and there was gridlock throughout a five kilometer radius around the fair. There were a couple ladies who said to me afterwards that they were quite annoyed when they thought they were being held up getting to the fair by some football match, but when they realized it was a sort of art traffic jam, their anger turned into joy. That’s what got us through the night, really, this very proud sense that contemporary art could stop the traffic. The overwhelming response was yes, the city is ready. And I think the organizers of these other fairs have realized that the city is ripe for even greater cultural engagement. 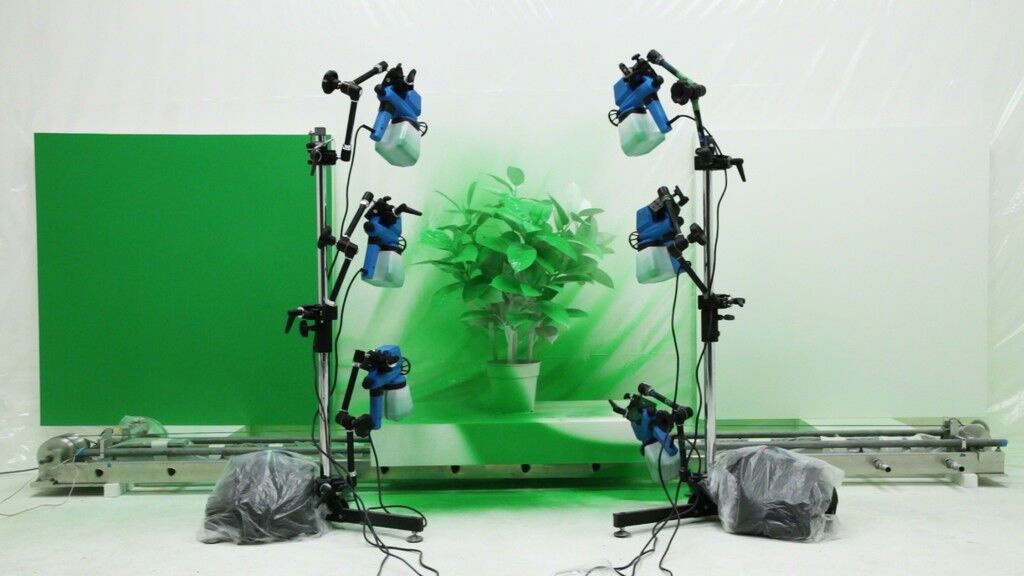 John Wood and Paul Harrison
Semi Automatic Painting Machine, 2014
Carroll / Fletcher
AF: You’re introducing a crowd-funding initiative this year to acquire works for some of the museums. How did that develop?
BK: I call it micro-philanthropy. You never know how these things will go until you try them. But it gives an opportunity for ticket buyers, along with bigger collectors, to feel like they’re a part of something bigger. It gives them a sense of ownership in those institutions that they may otherwise feel isolated from. And it doesn’t take a lot of money from that many people to accumulate a healthy amount to work with. The museums are, of course, always glad to have any contribution to their ability to acquire work. So we’ll see how it goes. 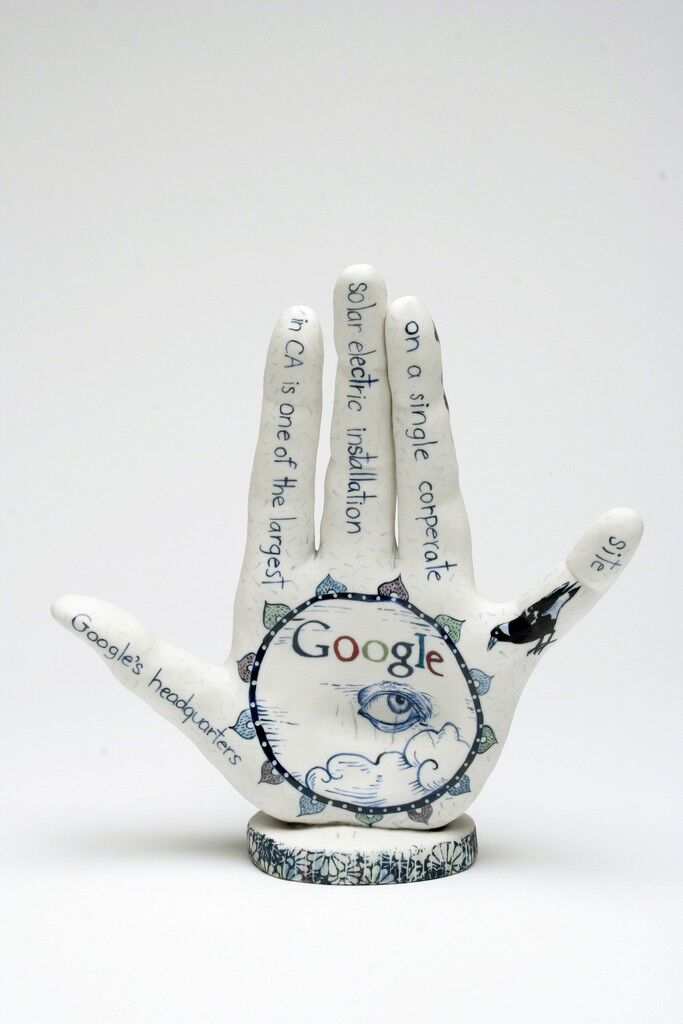 Vipoo Srivilasa
Google, 2008
Edwina Corlette Gallery
AF: The fair has two specific sections for video works and installations. Does that reflect a market reality, a particular interest in these kinds of works on behalf of Australian collectors, or is it more of a curatorial effort on your part?
BK: Interestingly, Australians like to think of themselves as behind the rest of the world on everything. But in terms of the penetration of video and new media work into home environments, we probably lead the world. For much of the world, video art is considered the domain of museums. In the ten years that I had my gallery, a third of my sales were of video works. It is a phenomenon based on two things: we have very good artists working in new media and we are very rapid absorbers of new technology. Collectors would come into the gallery and say, “When we have people over for dinner on Friday or Saturday night, we don’t want the television on but we also don’t want a big black rectangle hanging on the wall.” They saw this opportunity as almost like a moving painting. The easiest ones to sell were non-narrative, non-linear, conversation-starting work. I even had banking and financial institutions come in and acquire works for their waiting areas. Australia also has a very healthy, young population that’s engaging in contemporary art and who find new media intriguing. Along with that, our artists are particularly interested in video art. By the time I closed my gallery, I think only one of my artists hadn’t created video or moving image work. So it’s a reflection of both the market and the fact that artists are engaging with the medium in really interesting ways.
The Installation Contemporary section is a way of allowing artists to show work that is too big for a standard booth. It’s not really about appealing to a market for those types of works—though, all the major corporations and institutions do come to the fair. Rather I think it’s a recognition that you can’t fit all good art into a booth. We’re also introducing a new section this year called Performance Contemporary. There was performance art in the first fair, but not as its own curated section. A fantastic performance artist, Emma Price, who is part of a group called the Kingpins, is curating it with her friend Connie Anthes. Performances will be showcased mainly on the opening night and then there will actually be a trail of them leading to the various after parties. Some of the artists will then assume a space for the duration of the fair.
Alexander Forbes is Artsy’s Consumer Marketplace Strategist. He was previously the Executive Editor of Artsy Editorial.
Explore Sydney Contemporary 2015 on Artsy.
Related Stories