What It Takes to Make Museum Boards More Diverse 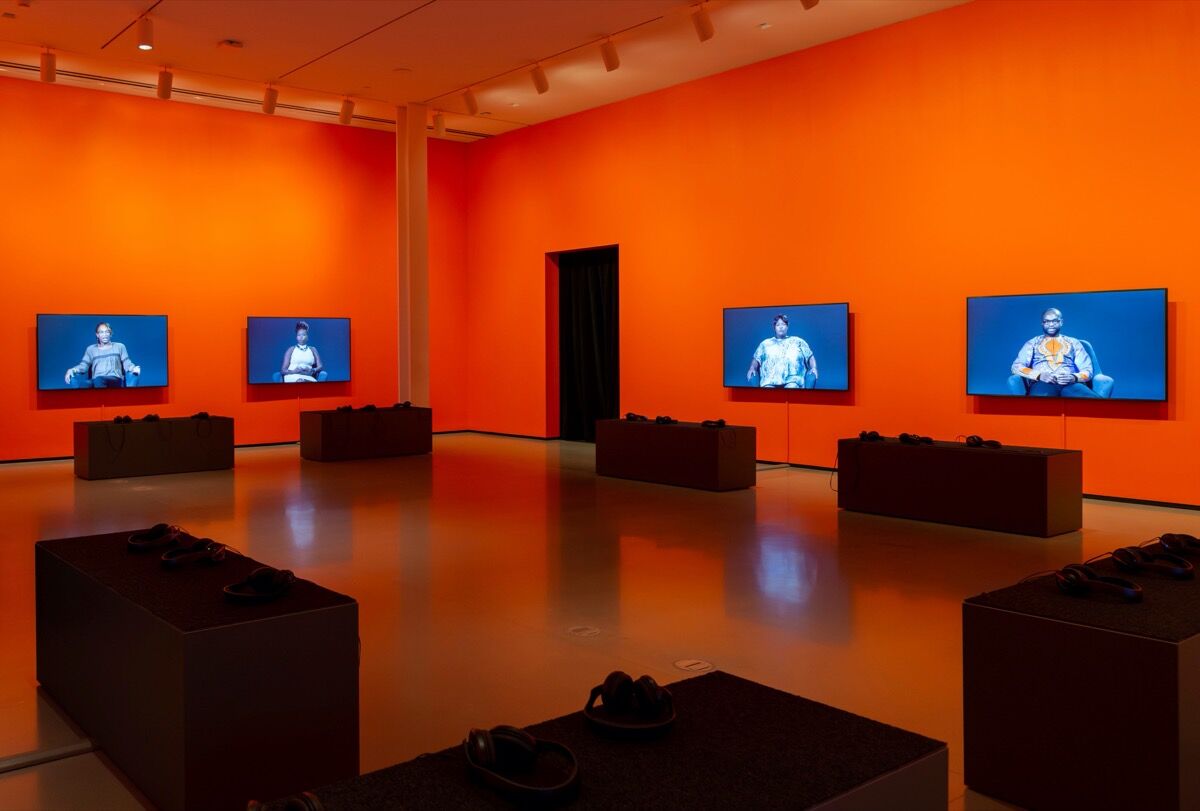 How Oakland-based sculptor
Dana King
became a board member at the Oakland Museum of California (OMCA) seven years ago was unconventional to say the least. In 2012, while hosting a National Philanthropy Day ceremony in San Francisco, she had a chance encounter with OMCA’s director and CEO, Lori Fogarty, on stage. As Fogarty handed the microphone back to King, the former broadcast journalist excitedly said, “Oakland Museum is my favorite museum in the Bay Area!” The next day, Fogarty cold-called her.
King, who identifies as African American, was thrilled to get the call and remembered why she loved the museum: “I see people who look like me,” she said. “I see young African Americans, I see Hispanic people. It’s really heartwarming to see them enjoy the museum.” In 2013, King embarked on her board work on the community engagement task force, which was focused on diversity and inclusion issues. Seven years later, the task force has become an active committee, as “the issue is ginormous and it’s not going away,” she said.
The current reckoning around institutional racism in the United States, set off by the police killing of George Floyd in May, has incited long-overdue actions about changing the makeup of boards and leadership in cultural institutions. Museums in the U.S. are under urgent pressure to make meaningful changes. Instagram accounts such as @show_the_boardroom, which initially focused on museum boards, and @changethemuseum, which features anonymous stories of discriminatory practices at museums, both launched in June and helped focus attention on these issues. 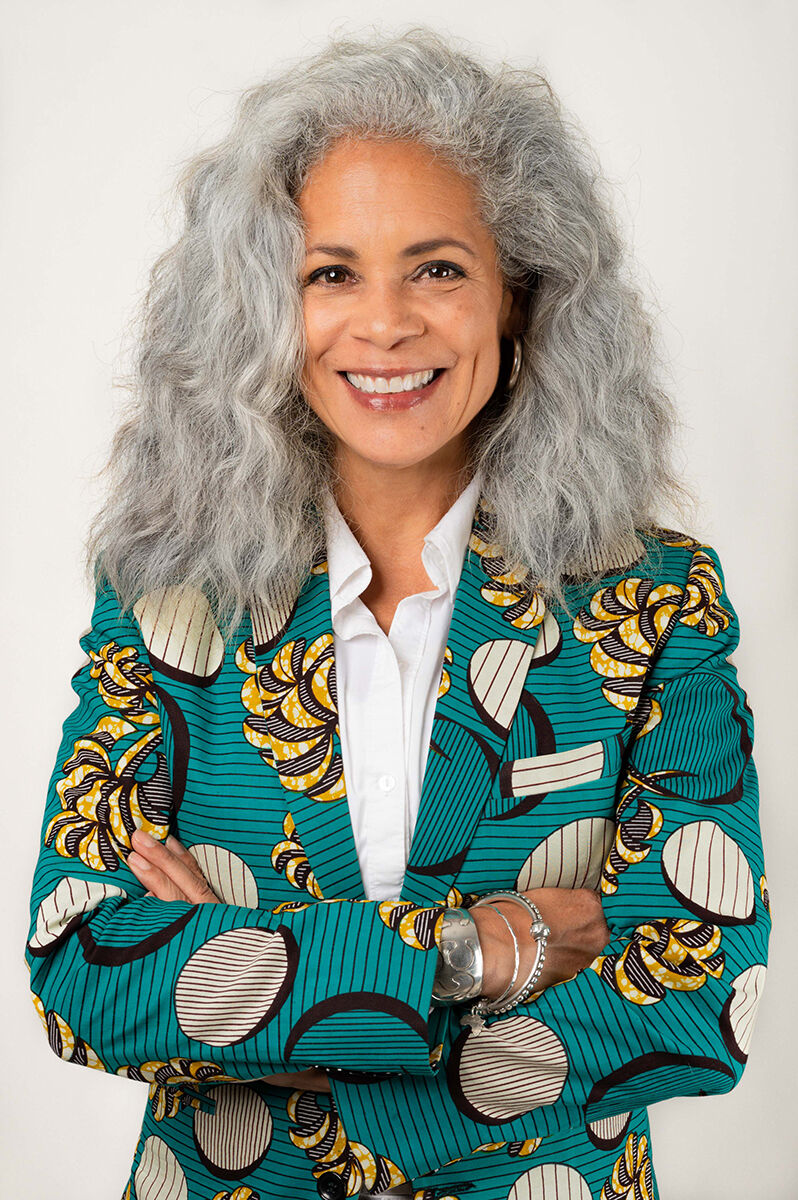 Portrait of Dana King. Courtesy of the Oakland Museum of California. 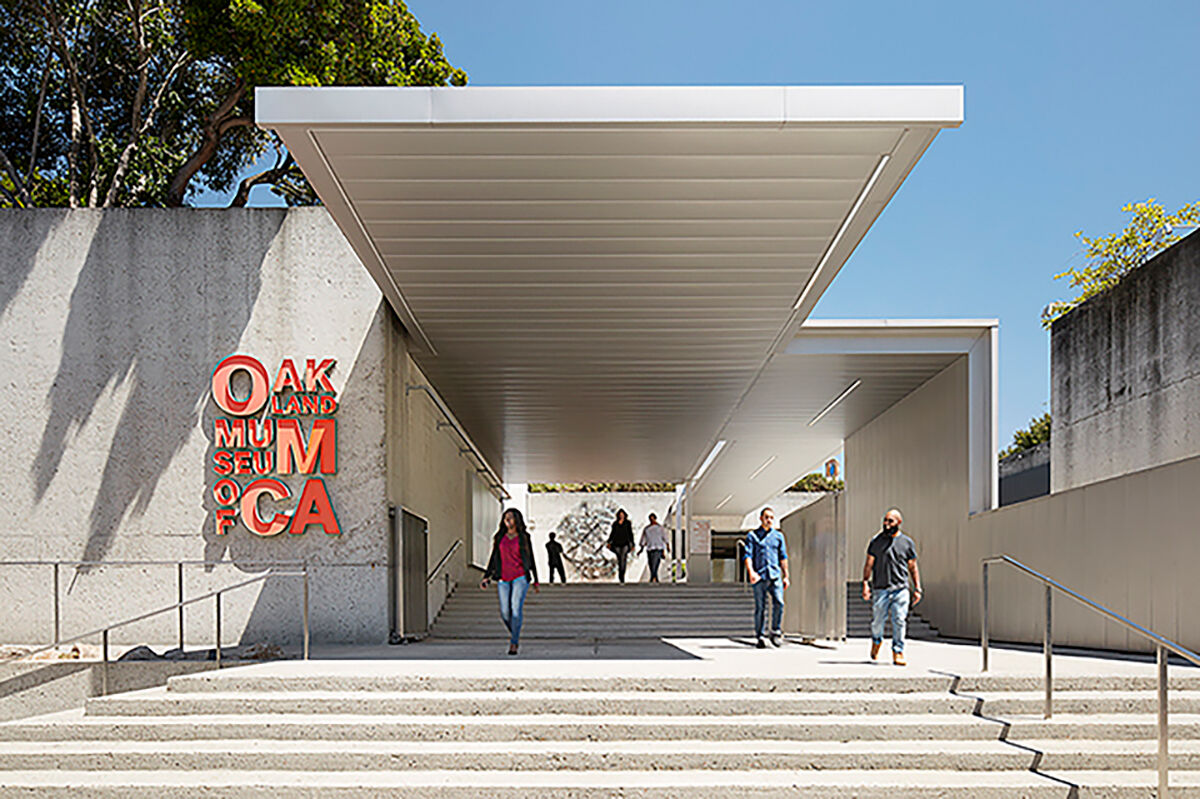 Voting board members set the agenda and culture of art museums. Being on the board means that one carries out fiduciary duties, and what the board decides by majority vote must be carried out by the officers and staff, according to an online guide for board members by the American Alliance of Museums (AAM).
Museum board seats and leadership positions have long been racially skewed, and little improvement has been made in recent years despite prevailing awareness. A demographic study of board leadership by AAM in 2017 showed that 89.3% of board members at participating museums were white, while 5.2% were Black and 1.9% were Asian. In 2018, 12% of museum leadership positions were held by people of color, a minimal increase from 11% in 2015, according to two surveys on staff demographics in U.S. museums by the Andrew W. Mellon Foundation in 2015 and then again in 2018.
A relatively homogenous board can threaten a museum’s understanding of and responsiveness to its public. “Trustees are part of a museum’s leadership group, so ideally they should be diverse in ways that reflect—and are engaged with—the community they serve,” said Christine Anagnos, the executive director of Association of Art Museum Directors (AAMD). 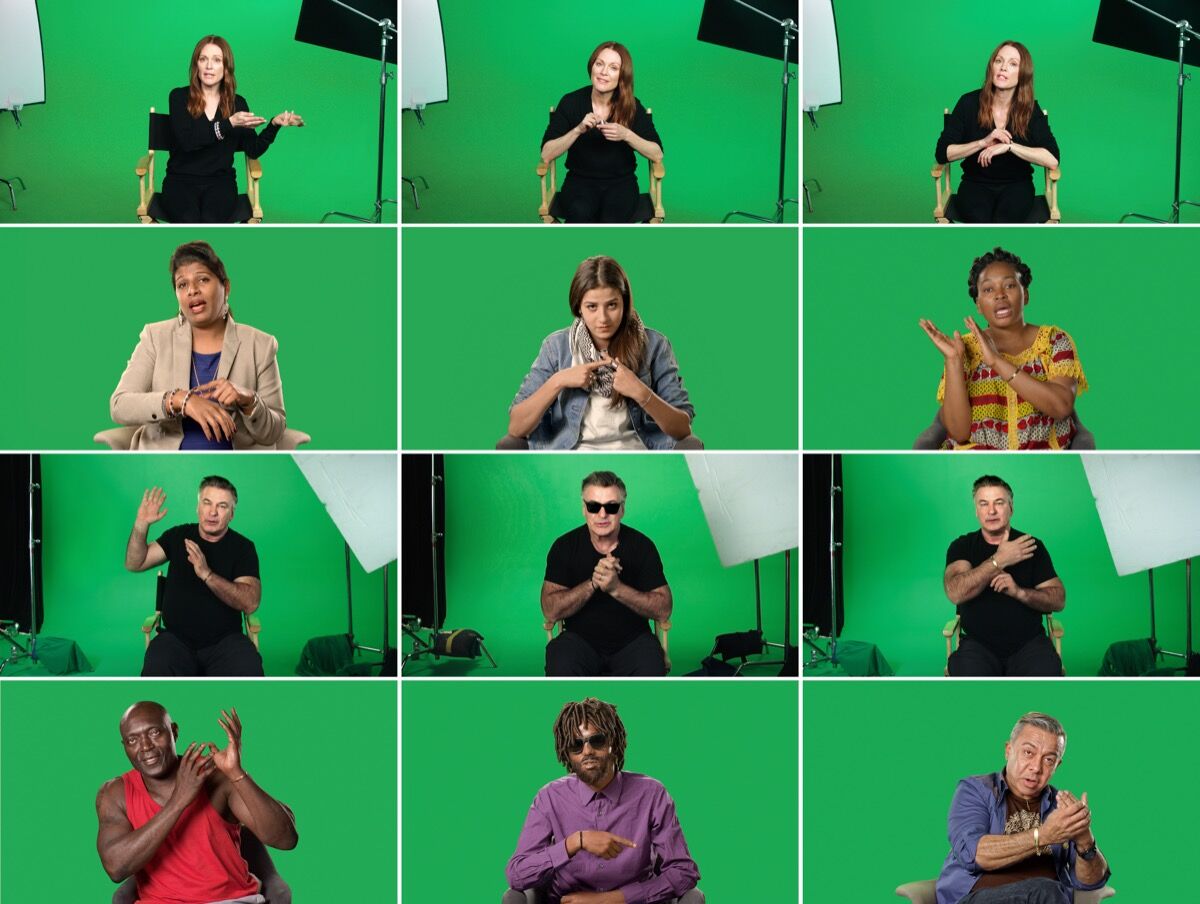 Advertisement
“A variety of board members from different socioeconomic backgrounds, as well as racial backgrounds, creates a gut check in the boardroom,” said Liam Sweeney, a senior analyst at Ithaka S+R who, in 2018, led the “Art Museum Staff Demographic Survey” in collaboration with the Mellon Foundation.
Not prioritizing diversity from the top may also mean museums would have a harder time implementing commitments to diversity across the institution, and would fail to support current and prospective employees from diverse backgrounds. There are three facets to museums’ commitments to equity, social justice, and other goals—training, collection, and board and leadership—said Alison Gilchrest, the inaugural director of applied research and outreach at the Institute for the Preservation for Cultural Heritage at Yale University, who has spent nearly two decades leading national and international initiatives to make progress on issues such as diversity, equity, accessibility, and inclusion.
“Institutions started to do a better job at representation on the walls, but that third piece of board leadership, that needle was not moving at all,” she said. “These art museums are really not dealing with racial and social justice until they look at their own leadership.” 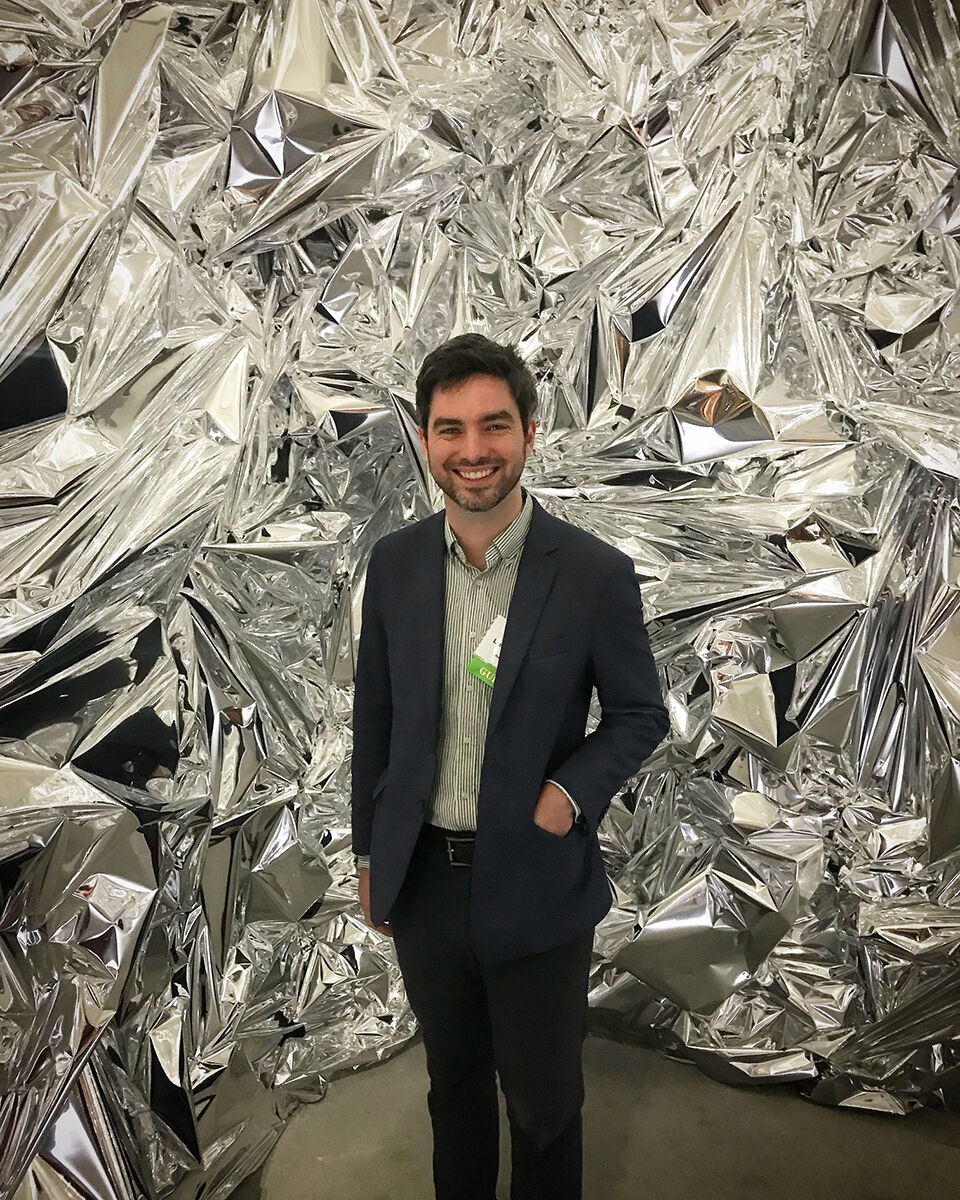 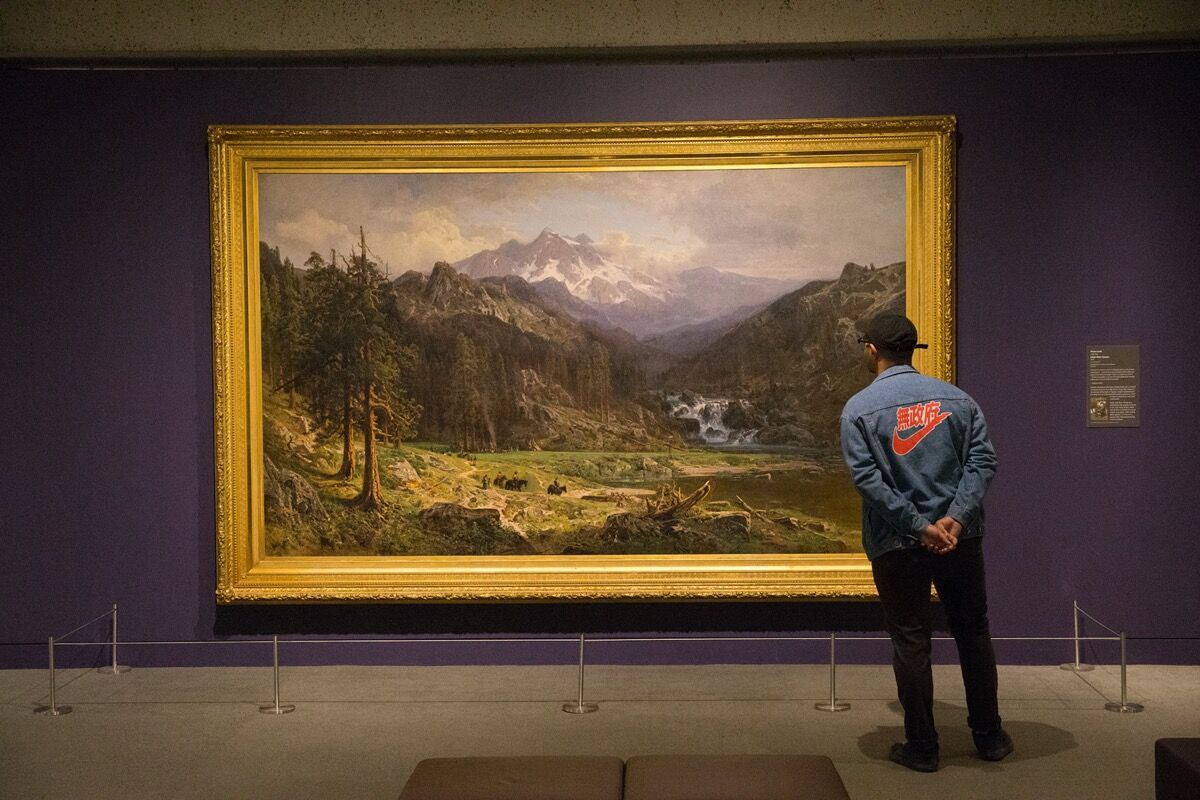 A former program officer at the Mellon Foundation, Gilchrest added that under a lot of early-career investment programs that have been part of the Mellon Foundation’s focus, young talents of diverse backgrounds often clashed with museum workplace climates, finding hostility, microaggression, and a lack of ownership at the top of the museums where they were.
Diversity needs to be addressed from the top down, but to achieve board diversity, all dimensions need to be tackled, according to Fogarty, who has been OMCA’s director since 2006. “It’s been the programming and content, the exhibitions that we do, the work that we acquire for the collection, the public programs,” she said. “There’s a very public-facing piece of it, and the work we do with partners in the community and developing audiences, and then it’s also the internal work of our staff and board.” Located in one of the most racially diverse cities in the Bay Area, the museum’s board membership has been roughly 40% members of color since about 2015.
The process by which Fogarty brought King into the fold was very organic, but also required healthy systems and structures to already be in place. At OMCA, board members’ terms last three years, and they can serve up to three consecutive terms. As a result, recruiting new board members is a constant task. “Every year we look at the current board and say, ‘Where do we need to bring in some new perspectives?’ We always are thinking about diversity in all definitions of that,” Fogarty said. 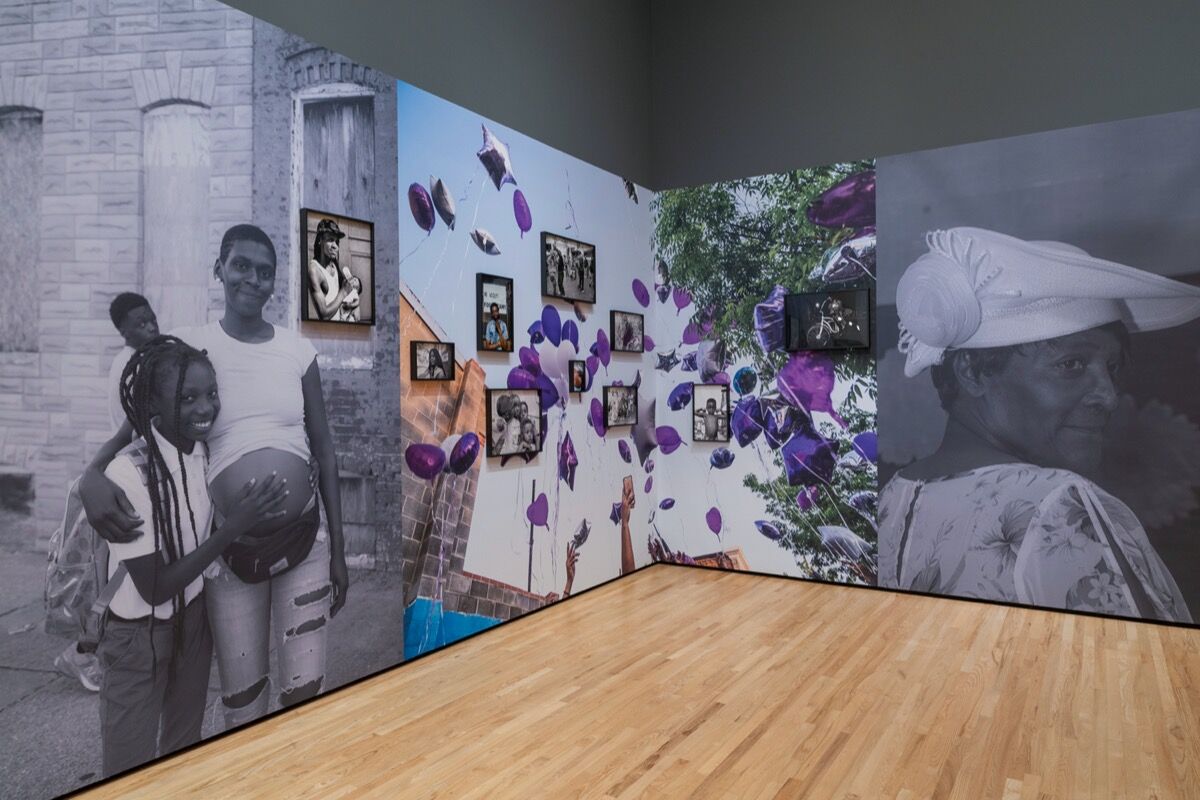 In Baltimore, another diverse port city on the opposite side of the country, the local art museum has also taken meaningful steps to pursue diversity at all levels. For Christopher Bedford, who has served as the director of the Baltimore Museum of Art (BMA) since 2016, the constitution of the board needs to be aligned to the museum’s vision and mission. “In the conventional world of museums, I always felt and continue to feel that it’s absolutely imperative that there be a cultural symmetry between the producer and the interpreter,” he said. “I apply the same principle to our board of trustees.”
According to a BMA spokesperson, about 12 out of the museum’s 42 active board members—or 28.5%—are people of color, a sizable improvement from 7 out of 40—or 17.5%—before Bedford took the reins.
Bedford championed social justice causes during his time at the Rose Art Museum at Brandeis University and through his collaborations with the celebrated artist
Mark Bradford
(including co-curating Bradford’s presentation for the U.S. pavilion at the 2017 Venice Biennale). In Baltimore—a 63% Black city with a history of police brutality that came under national scrutiny after the death of Freddie Gray in Baltimore Police Department custody—Bedford’s goal is the “reconstruction of the collection from top to bottom,” as he once told Case Western Reserve University’s alumni magazine, THINK. Those efforts include a controversial deaccessioning of a group of works by white artists, funds from the sales of which allowed for the acquisition of many significant works by women and artists of color. 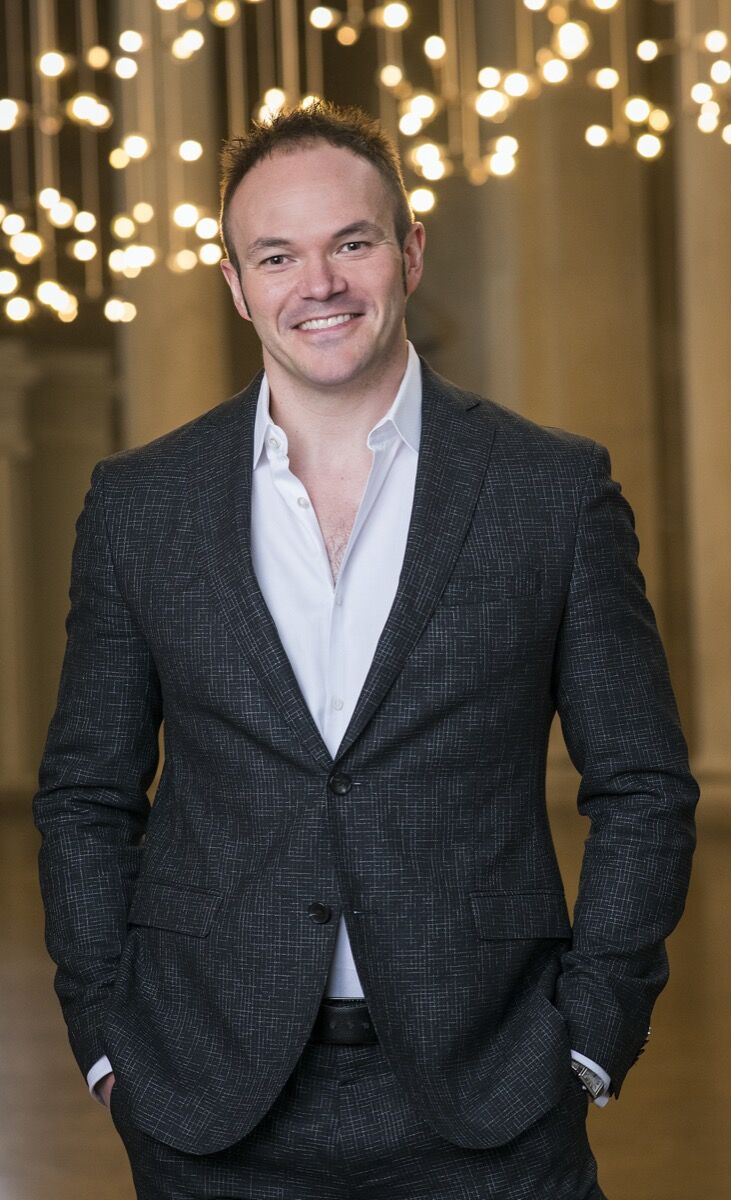 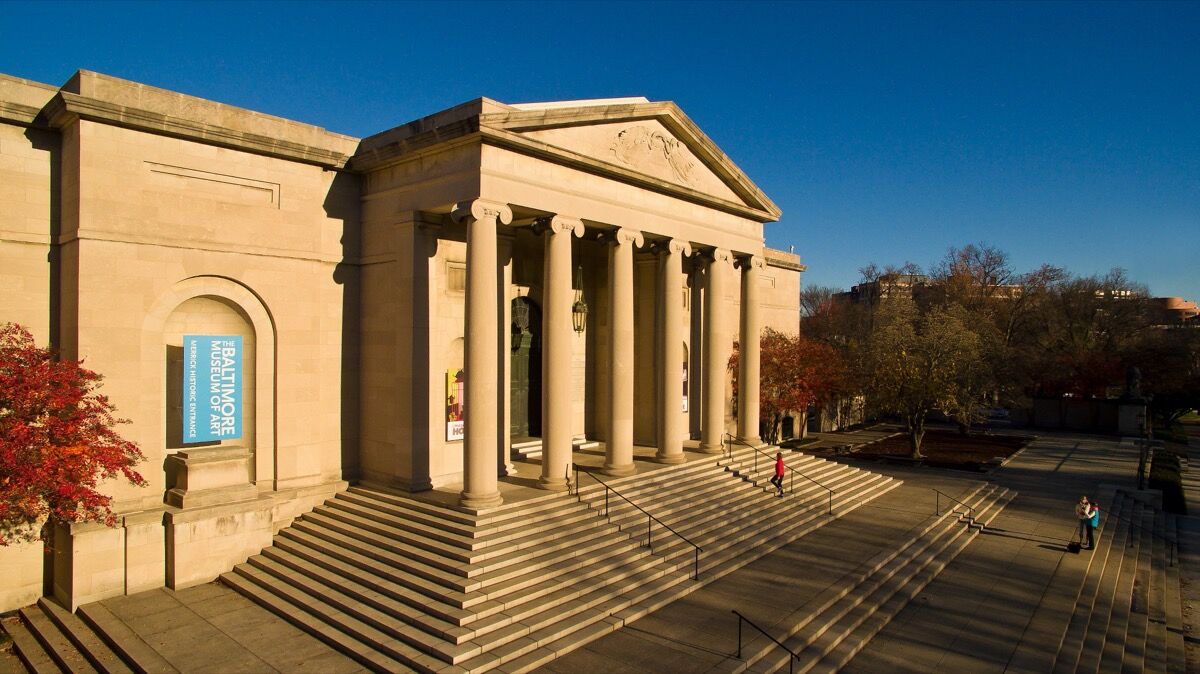 “In any field of study, particularly the sciences, data shows that if you have a heterogeneity of people and ideas around the table, the better the product is,” Bedford said. “So my feeling is as much difference as we can cram into that room, the better we’ll be as an institution because it will diminish our blind spots.”
One of the biggest underlying challenges to diversifying a museum is that its board of trustees is usually recruited from a familiar network. “You might have board members that sit across multiple institutions in a particular city, so you have people on the boards of hospitals, educational institutions, the symphony, the zoo—it’s a club,” said Gilchrest. “Then it’s usually the wealthy, well-connected people who get approached for these opportunities.”
“It’s like we got one person, and then their kid goes to school with this other rich person’s kid, and they know each other through that, and they’re in the same network,” Ithaka S+R’s Sweeney said. “So when you use networks to grow your board, you’re going to struggle in some cases to diversify the board.” Another major hurdle for making boards more diverse is that many institutions rely on them to make major financial contributions, which is “a shortsighted idea,” the New York–based analyst said. 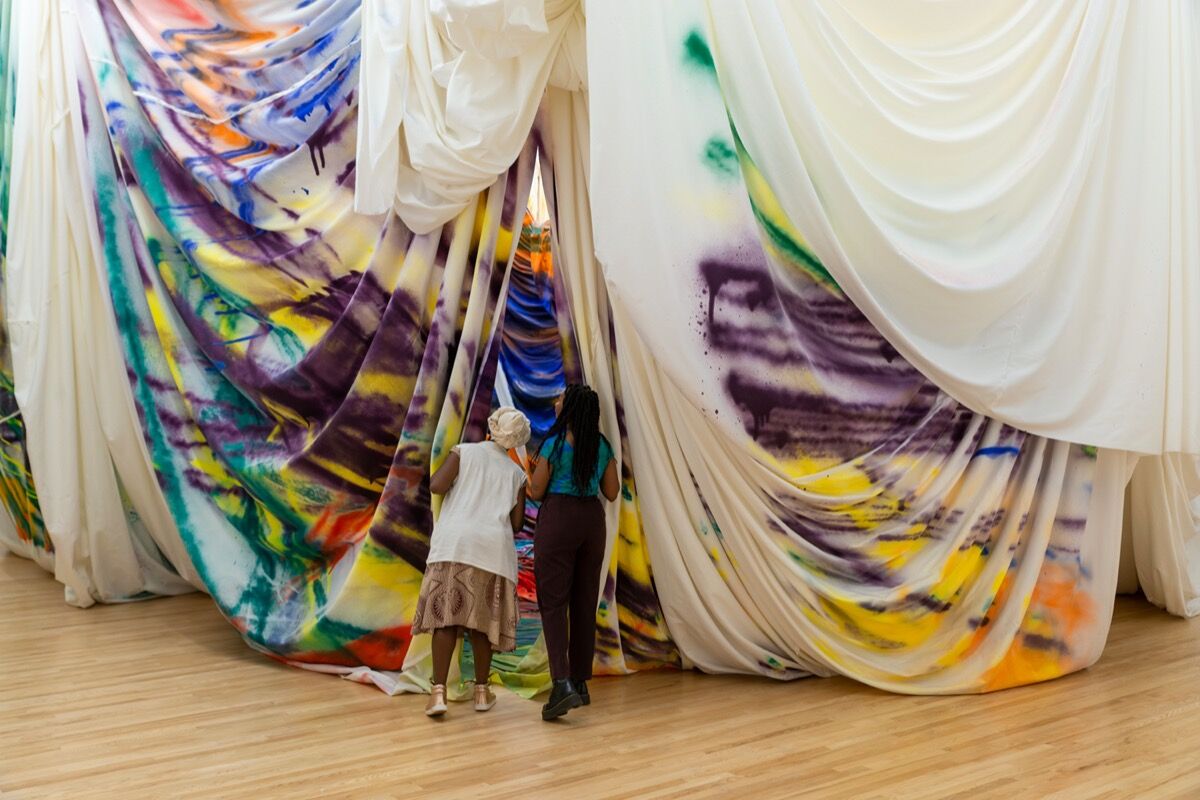 “The uneven distribution of wealth in this country is closely tied to race and to systemic racism going back centuries,” said Bedford of the BMA. “To counter that uneven distribution of wealth and its relationship to the board, constitutions have to be very determined, and deliberate [priorities must be set] to achieve a changed world.”
He added, “It can’t simply be the relative accumulation of the person’s wealth that determines the seats of the board. There have to be other wealth factors not tethered to money that strongly recommend that person for participation.”
Philanthropy and governance need to be decoupled, believes OMCA’s Fogarty. “It’s going to take an honest conversation with boards about what the board should really do as opposed to what donors should really do,” she said.
Moreover, it is about cultivating a culture, Fogarty added, which can be expressed in matters as small as the board meeting time. At OMCA, she shifted board meetings to the end of the day and, even before the pandemic made all of them virtual, encouraged trustees to join committee meetings by phone or Zoom. 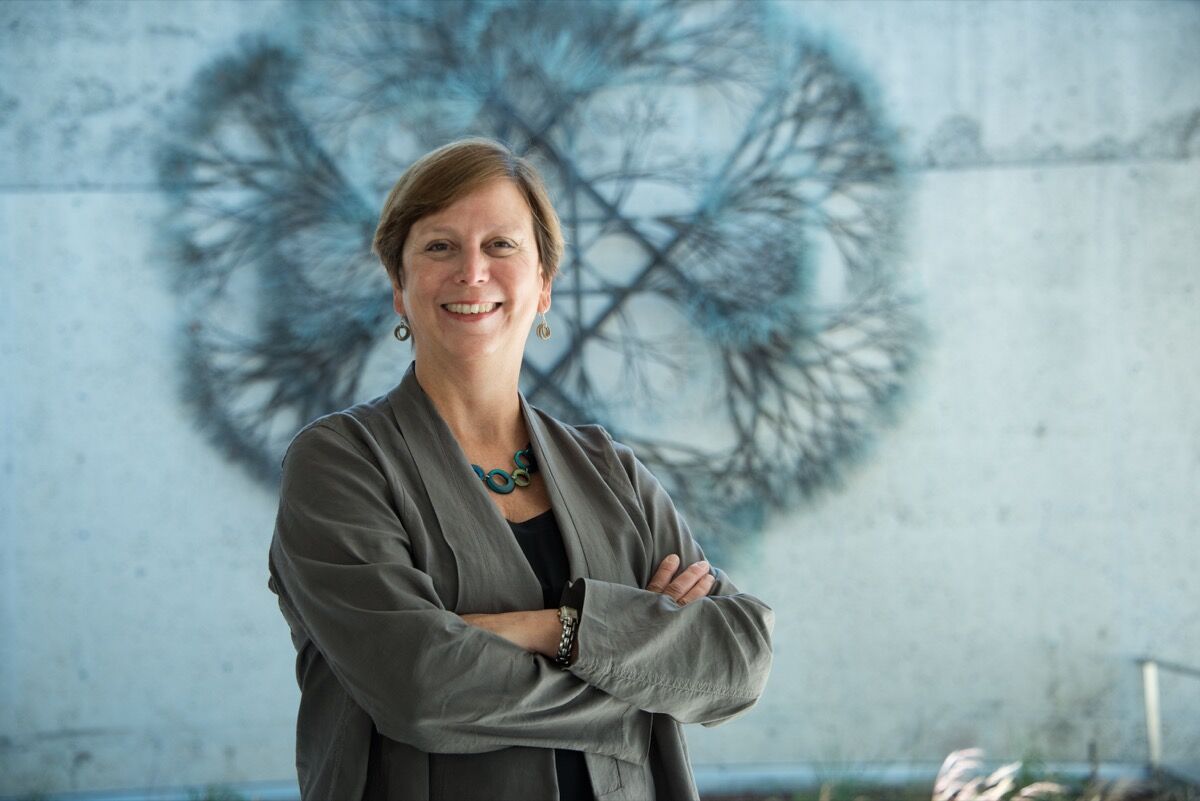 Portrait of Lori Fogarty. Courtesy of the Oakland Museum of California.

“Board diversity is not just getting representatives of different communities, but creating a culture of inclusion with the board that supports folks of different backgrounds to be able to fully participate,” Fogarty said, adding that she brought that perspective from a previous role as the executive director at the Bay Area Discovery Museum in Sausalito, a children’s museum where the board was primarily young and working parents.
Industry alliances have realized the difficulties these structural changes pose. In January 2019, AAM announced a three-year initiative called “Facing Change: Advancing Museum Board Diversity & Inclusion,” which is supported by $4 million in grants from the Mellon Foundation, the Alice L. Walton Foundation, and the Ford Foundation. The national initiative is focused on diversifying boards and leadership at 50 art museums with the help of a senior fellow, who assists in implementing diversity plans.
In addition to recruiting two trustees of color to the board, the participating museums have also committed to developing a written diversity equity, inclusion, and access plan for the board and how that links to the institution, according to Fogarty (OMCA is a participant in the initiative). 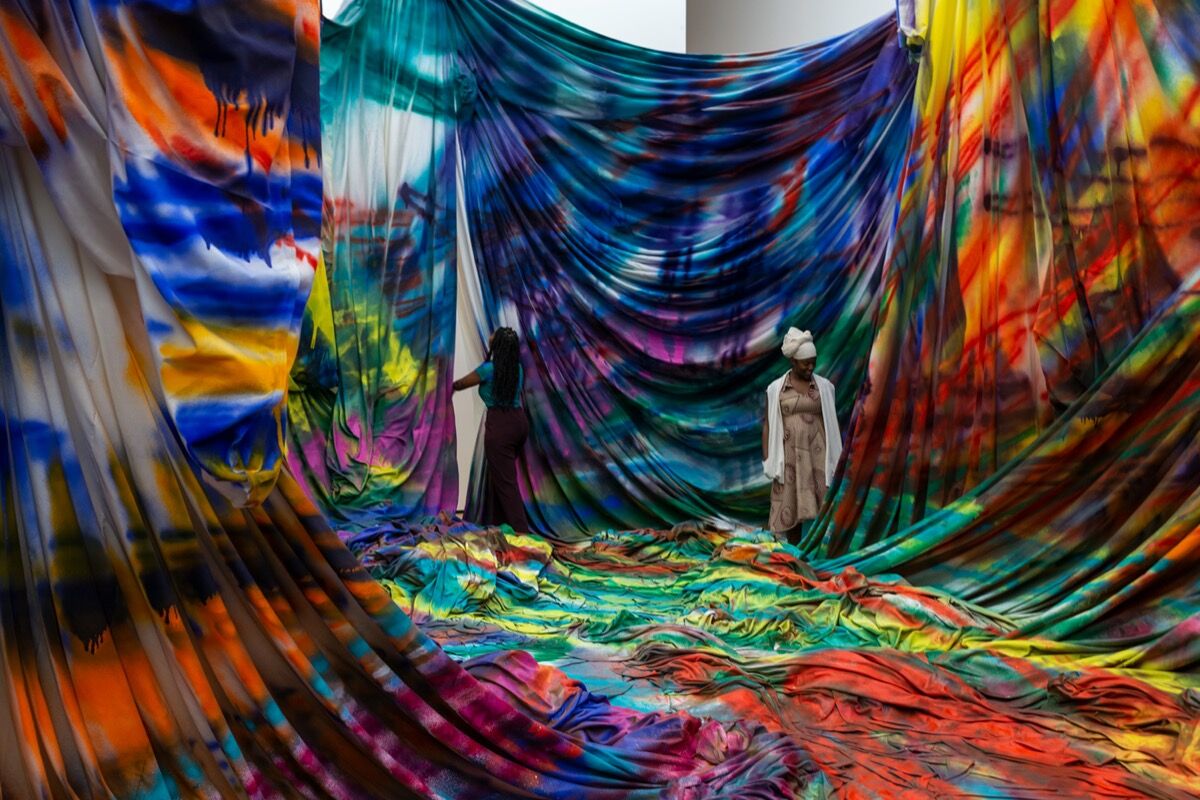 Gilchrest—who, in addition to overseeing programs at the Mellon Foundation before joining Yale, previously held positions at institutions including the Metropolitan Museum of Art—had some pointers for those who are not part of the AAM initiative. “Don’t be afraid to ask for help,” she said. “You’re not the only one going through this, and it is new ground, and you’re likely to make mistakes, but it doesn’t mean you stop trying. Do the work internally first to get your own house in order. You can’t solve these systemic historic entrenched problems by appointing one or two people to your board.”
Anagnos from AAMD agreed. “To achieve real, structural change in this area,” she said, “it cannot be a process simply of identifying specific individuals to join a board in order to meet a diversity target.”
When trying to diversify museum boards, King, the sculptor and OMCA board member, believes that people have to step into the stream carefully and authentically. “This country decided that there’s something holistically wrong in our institutions, so everyone’s been trying to make good with Black people,” she said. “When an institution says that they are down for Black Lives Matter, I know that I, and most of my friends, started looking up who that institution is. Who’s on their corporate board, who are their managers?”
Yaling Jiang
Related Stories

Museums Are Becoming More Diverse, but There’s Still Work to Do 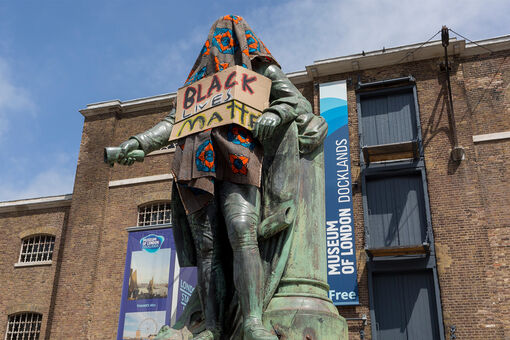 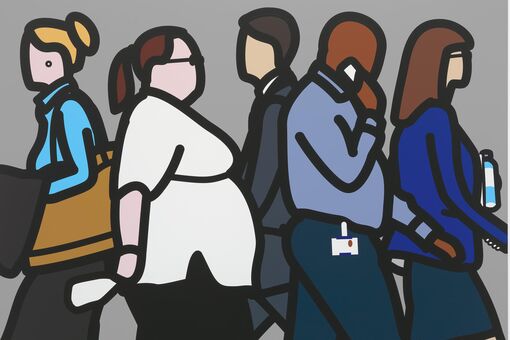