How Tarsila do Amaral Gave Brazil Its National Image 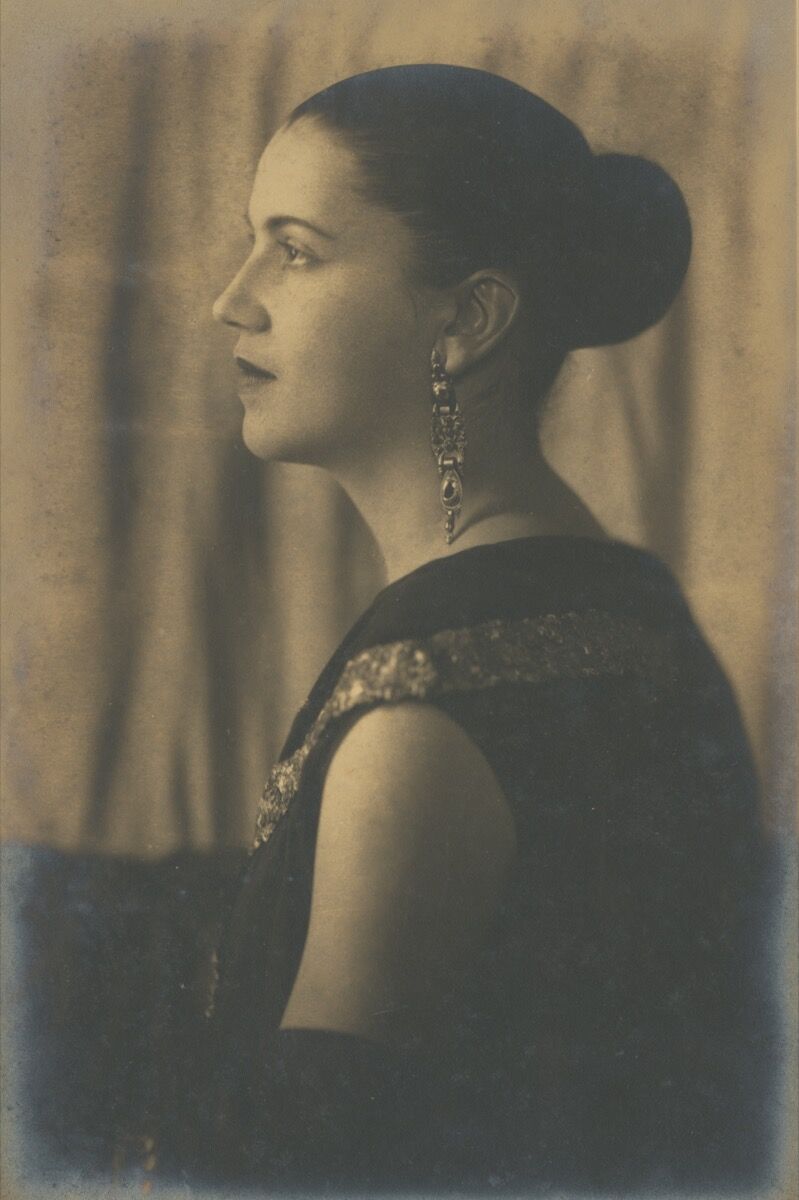 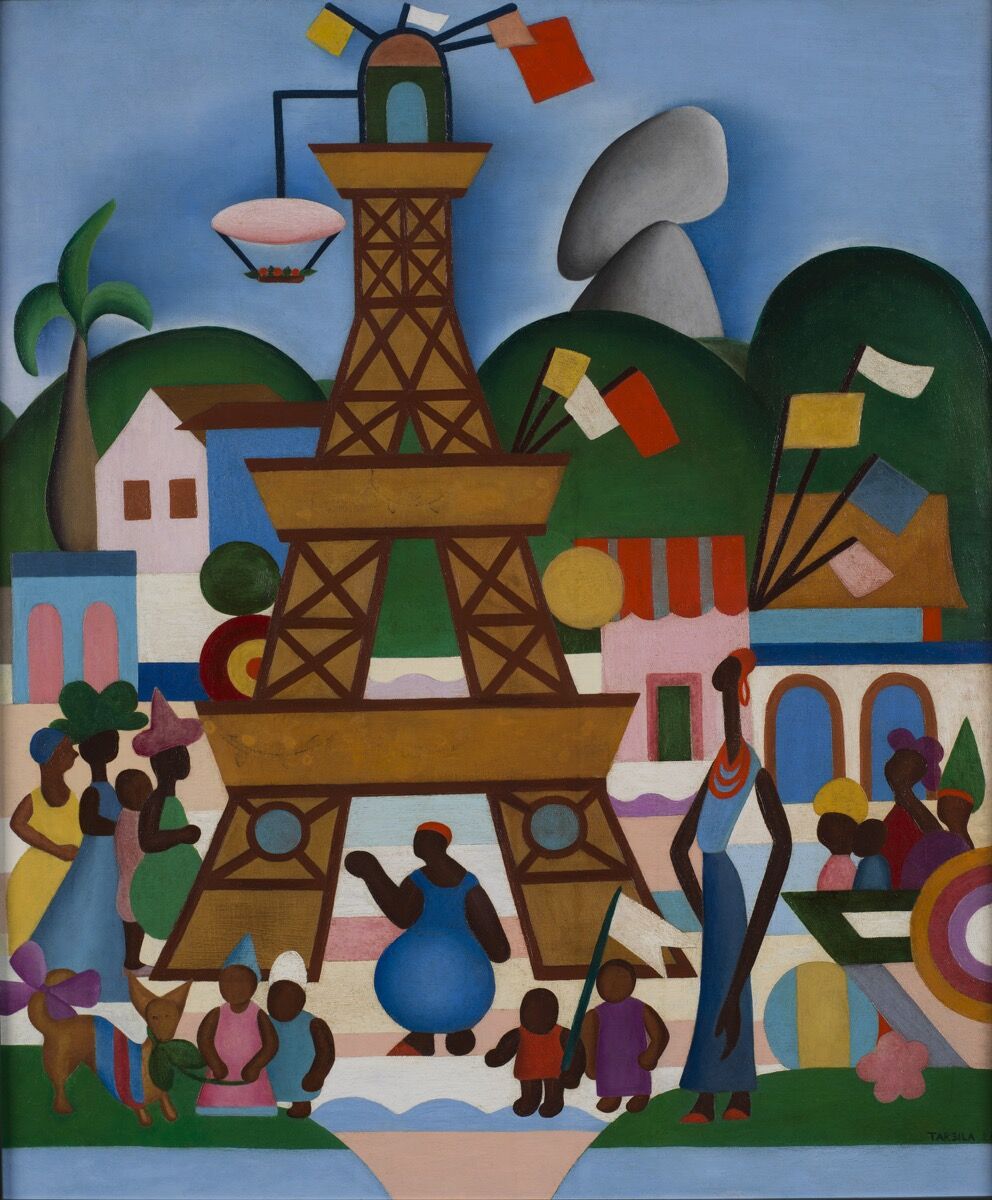 During the closing ceremony of the 2016 Olympics in Rio de Janeiro, the Maracanã stadium was momentarily transformed into a massive work of art. Concentric circles in brilliant yellow and orange were projected onto the arena floor, creating the effect of infinite suns. Meanwhile, performers dressed in the colors of tropical vegetation fanned out to form a human figure with arms spread wide in an open embrace. The set-piece evoked the Brazilian artist
Tarsila do Amaral
’s painting Setting Sun (1929), a vivid landscape in which anthropomorphized green plants appear against a sky filled with arcs of golden light.
Born in São Paulo in 1886, Tarsila—as she’s known in Brazil—is the country’s most iconic 20th-century artist. She is beloved for her lush paintings, which portray a kind of Brazilian arcadia by fusing a vernacular style and indigenous subject matter with the flattened, distorted, or
Surrealist
-inflected forms of European modernism. Her works furthered Brazil’s postcolonial search for a national identity by sparking the Anthropophagy movement, which encouraged artists to plunder and cannibalize the achievements of Western modern art to forge a modern, native art for Latin America. In that sense, she can be linked to other giants of the 20th-century Global South, including
Joaquín Torres-García
in Uruguay and
Wifredo Lam
in Cuba. 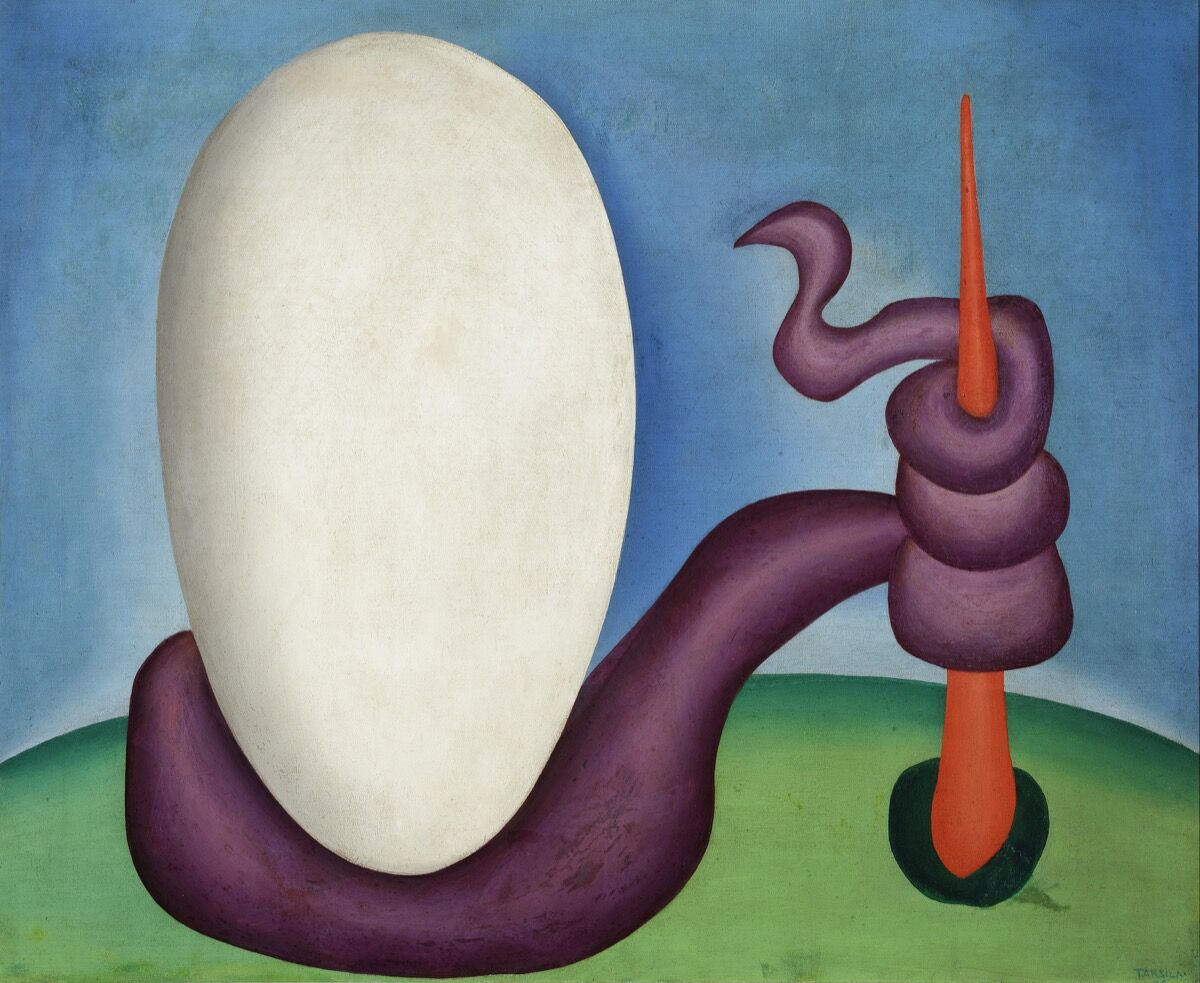 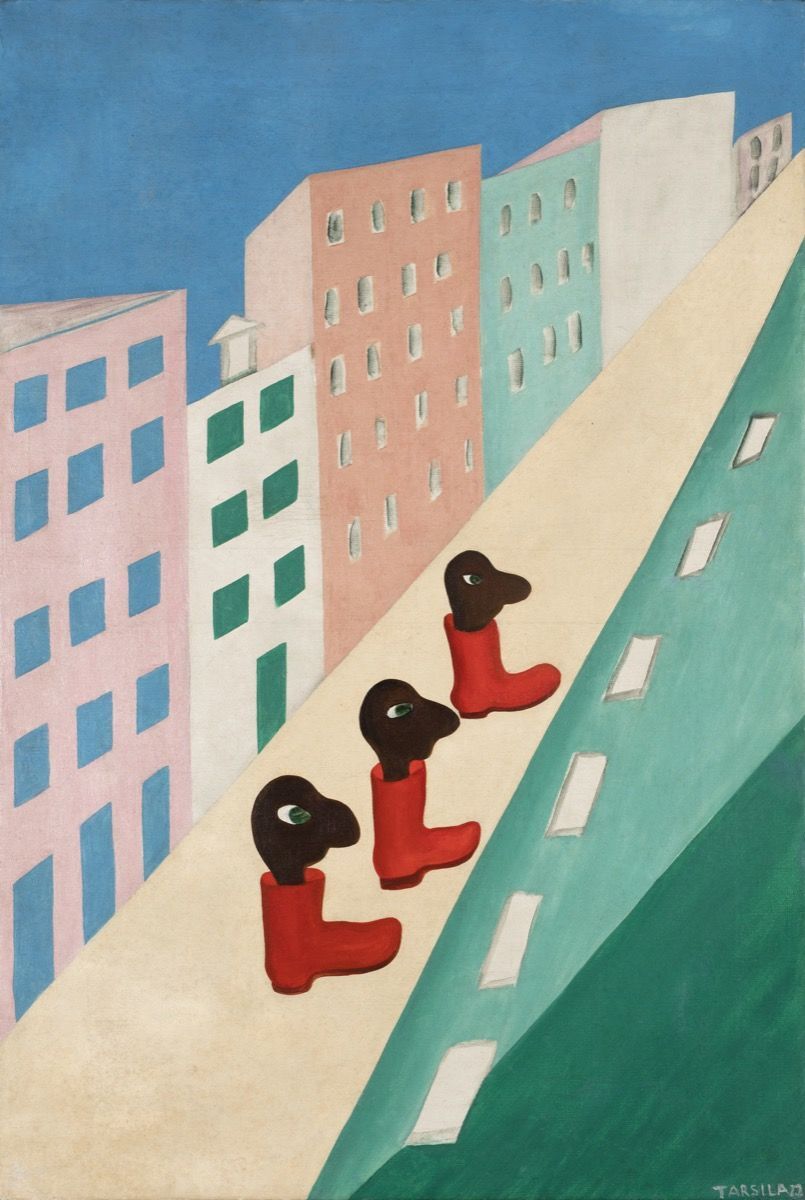 Yet until last year, Tarsila had yet to receive a single solo exhibition dedicated to her work in the United States. Now, her defining work of the 1920s is on view at New York’s Museum of Modern Art in “Tarsila Do Amaral: Inventing Modern Art in Brazil,” following a run at the Art Institute of Chicago last year. (The exhibition focuses solely on this short, vital period in the artist’s development, effectively cutting off the last 40 years of her life and career.) “Universally known in Brazil, Tarsila’s work knows no social, political, gender, or racial distinctions,” write exhibition curators Stephanie D’Alessandro and Luis Perez-Oramas in the accompanying catalogue. “Instead, it is a symbol of communal belonging.”
That broad appeal is perhaps best understood through Tarsila’s playful scenes of life in Brazilian favelas and at Carnaval, where stylized figures in vibrant headdresses meander through sun-soaked streets dotted with colorful flags and abundant fruit trees. Other works, such as the wildlife-filled A Cuca (1924), are both fabulously weird and surprisingly contemporary. Tarsila absorbed these scenes during trips she took across the country with her partner, poet Oswald de Andrade, in an effort to break out of her bourgeois São Paulo lifestyle and discover Brazil.
But it’s a trifecta of large-scale paintings from the 1920s that constitute her most groundbreaking works. The first, A Negra (1923), depicts the monumental, voluminous body of a black woman abstracted into a thick tangle of limbs. She has one pendulous breast that hangs over a folded arm and engorged lips placed asymmetrically on her face. She appears against a backdrop of earth- and sky-toned horizontal stripes, intersected by a green diagonal—a stand-in for the waxy leaf of a plant. 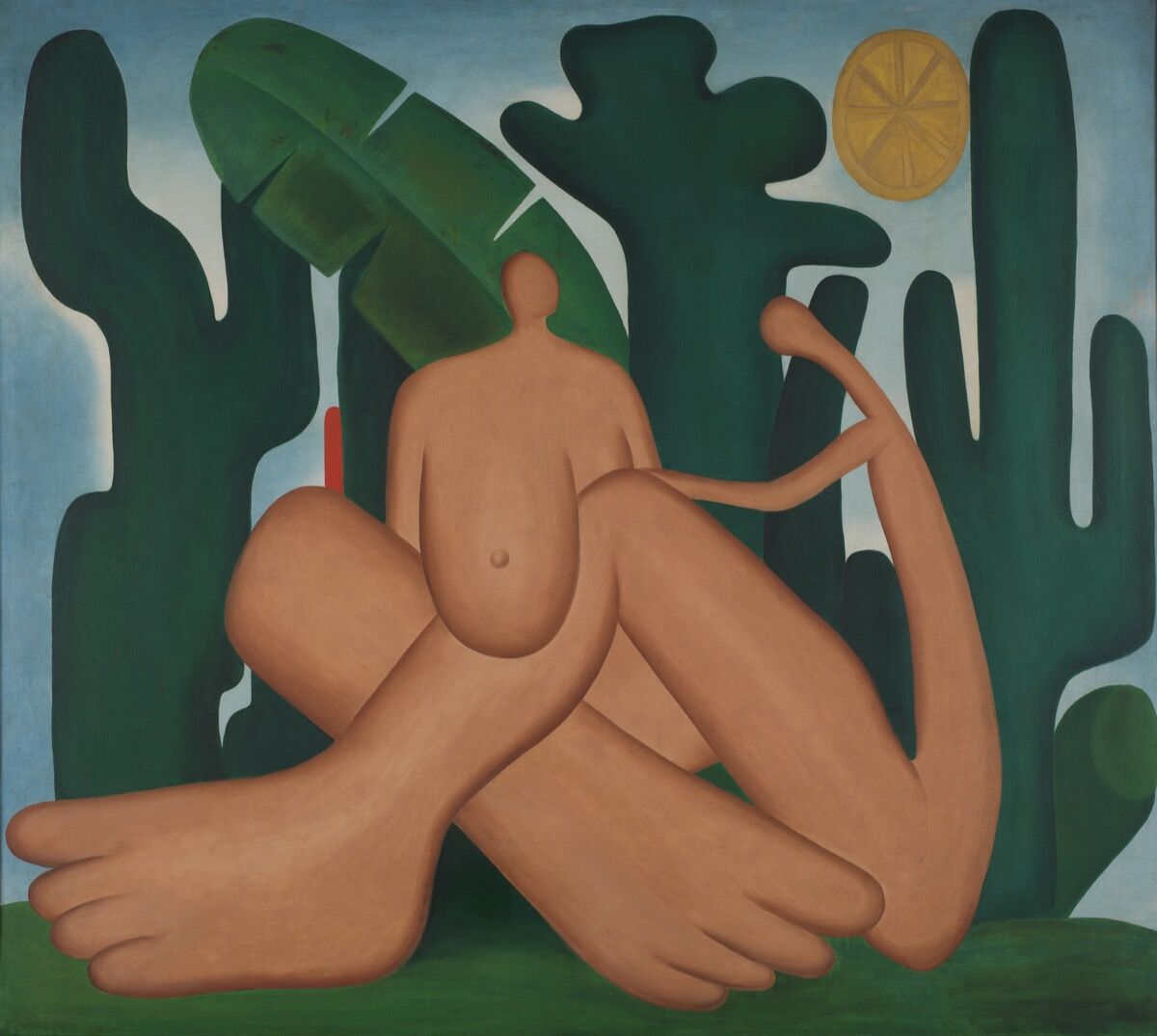 Advertisement
Tarsila painted this work early in her career, during one of several trips to Paris. There, she studied with
Fernand Léger
, socialized with the city’s avant-garde—including
Constantin Brancusi
,
Pablo Picasso
, and Erik Satie—and cultivated ideas of returning to Brazil and developing a native art form. A Negra came to life while she was working in the former studio of
Paul Cézanne
, and Tarsila had the robust, sculptural volumes of the French artist’s “Bathers” series in mind. The figure is something like “an amplification of motherhood,” curator Perez-Oramas noted. Primal and stoic, she is more body than head.
Tarsila continued to develop her figurative style, shrinking heads and enlarging limbs to arrive at Abaporu (1928). In this painting, the giant, spectacular arm, leg, and foot of a seated male figure fill the painting’s foreground, mirroring the solid, curvilinear form of a cactus. A slice of lemon in the sky fills in for a sun. She gave the work a name composed of two Tupi-Guarani words, aba (“man”) and poru (“who eats human flesh”). This work would inspire Tarsila’s partner, de Andrade, to write his Manifesto of Anthropophagy the same year. The text reclaimed the word for “cannibalism”—an accusation European colonizers had leveled against the Tupi-Guarani people—and instead exalted a hybrid Brazilian culture that consumed and repurposed the traditions and practices of other cultures.
A year later, Tarsila would combine the figures of A Negra and Abaporu into Anthropophagy (1929), further stripping them of identifying characteristics. They become seemingly raceless and almost genderless, except for the presence of one centrally placed, monumental breast (an echo of A Negra). The reduction of the figures’ features underscore the way in which their bodies mirror the bulbous volumes and curving forms of plants behind them—a distillation of the universal idea of humanity and nature as inseparable. “Afro-Brazilian culture understands the wholeness of humanity,” said Perez-Oramas. “It doesn’t divide nature and culture. Culture is a matter of the body.” 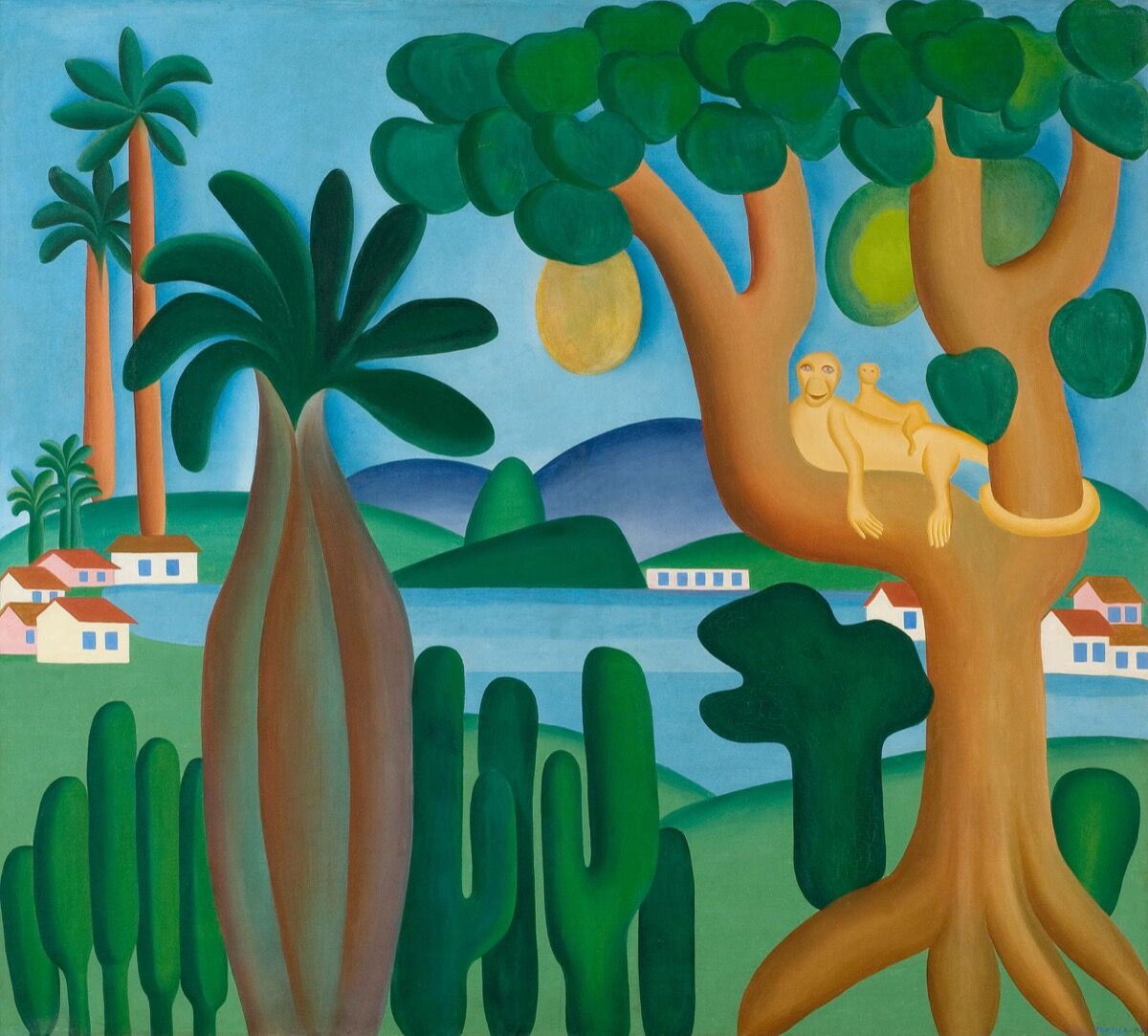 Tarsila’s representation of an untouched, authentic Brazilian cultural life, particularly when considered against the artist’s own elite position in the world (not to mention the essentializing depiction of a black woman as an archetypal mother), may feel deeply problematic, or at best romantic, today. When she returned to Brazil after a trip to Paris in 1923, Tarsila told a local newspaper: “In the hinterlands, I hope to learn from those who have not been corrupted by the academies.”
Yet at a time when the dominant, Eurocentric culture in Brazil still largely excluded the representation of people of color, as well as local flora and fauna—then seen as wild and untamed—Tarsila made them the basis of her art. And though it would take some 30 years for her work to make it into the mainstream Brazilian consciousness, it would ultimately become an empowering, popular symbol of the country’s identity—one that even made its way onto the global stage of the Olympics.
Tess Thackara
Related Stories

Inside the Biggest Show of Contemporary Cuban Art Ever 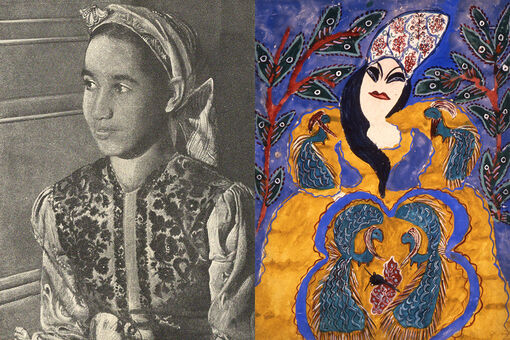 The Algerian Teenager Who Painted a World of Liberated Women in 1940s Paris
Alexxa Gotthardt
Feb 5, 2018 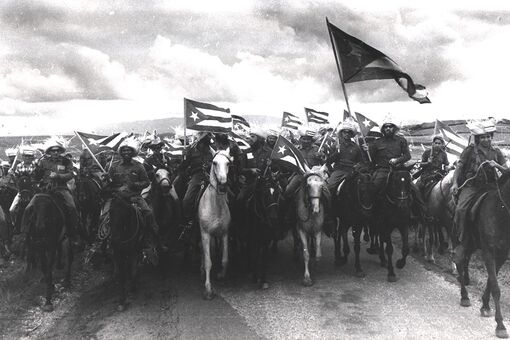 Inside the Biggest Show of Contemporary Cuban Art Ever
Tess Thackara
Nov 21, 2017 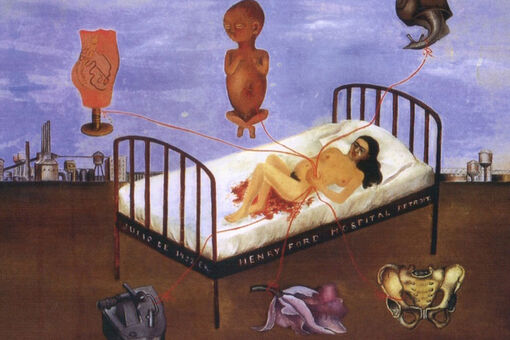