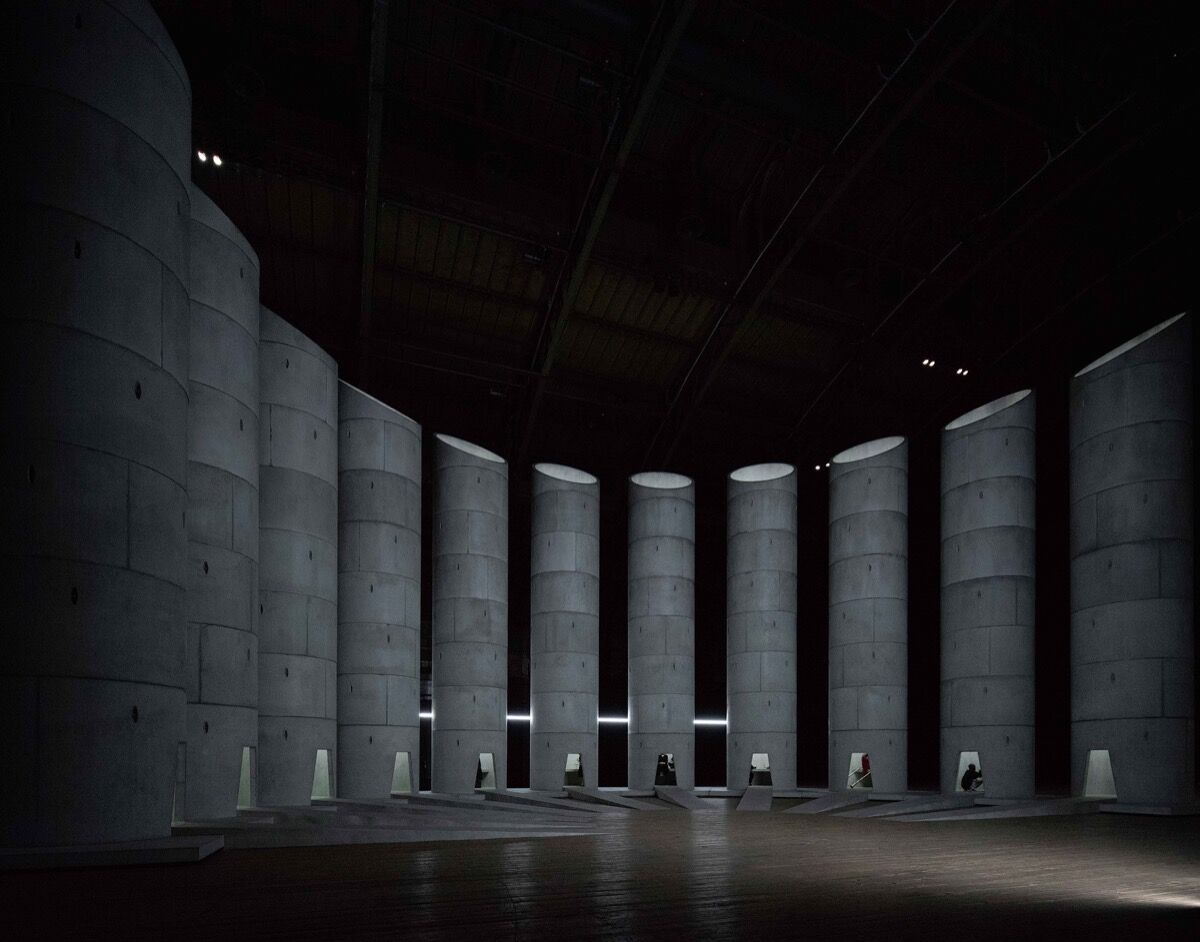 The blind man played the accordion and sang a song that was neither sad nor happy, but piercingly beautiful. It was like a scene out of an Almodóvar film, like a crucial moment in a heroine’s life. The blind man, singing of his madre and his alma, sat on a ledge inside a tower, and looking up, saw only darkness. People passed in and out, some stopped and listened, and some stepped out, moving on to the next tower and the next—and in each, there were laments and dirges, elegies and requiems.
This was a performance of An Occupation of Loss, the conceptual artist
Taryn Simon
’s commission at the Park Avenue Armory, which includes a spectacular set she collaborated on with the architecture firm OMA’s Shohei Shigematsu. (Occupation will travel to London next year, to be staged by the nonprofit arts organization Artangel, which co-commissioned the piece.) It’s a show built around the idea of loss, one that brings together a group of more than 30 professional mourners—referred to in the program as “collaborating artists”—who, ensconced in 11 concrete towers, deliver simultaneous lamentations, accompanied, depending on culture and custom, by musical instruments, hand-wringing, and/or tears.
The performances begin at sundown or after. Visitors ascend to a platform overlooking the drill hall and wait as the mourners emerge, walk up the ramps that lead to the tower entrances, and stoop to enter. When we spoke, Shigematsu described the low entrances as evoking ceremonies, of the implicit commitment that must be made in entering. The towers are monuments, monoliths, mausoleums. And the Armory’s Wade Thompson Drill Hall, the vastness of which is emphasized by the installation’s minimal lightning, is less cemetery than cathedral, the towers forming a kind of organ that amplifies the lamentations of the mourners who enter them. There is a brief sound like a gong, and then the visitors descend and the wailing starts. One may choose to wander, to enter individual towers, to look at the faces performing grief, or listen to solitary laments. 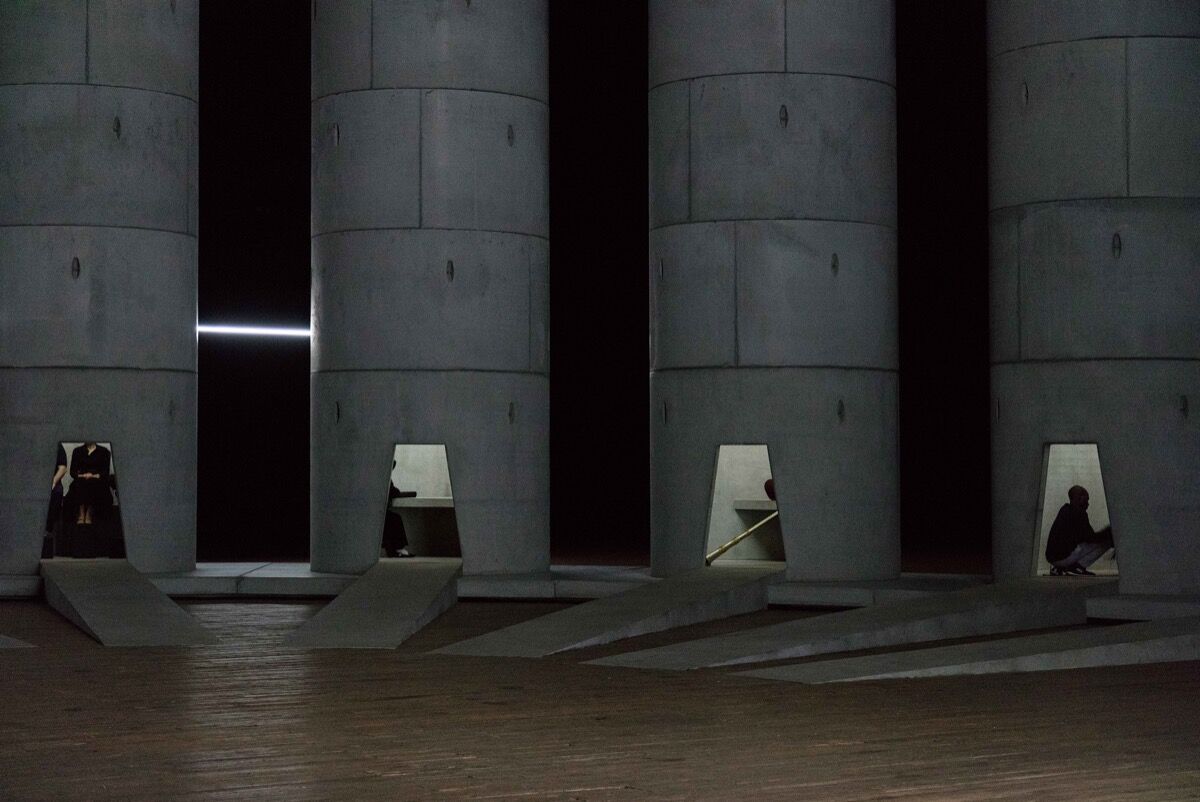 Grief, Simon told me a week before I attended a performance, is “our most critical and emotional space,” the “boundary of something that is scripted and spontaneous.” Her interest in this emotional state—driven in part by the personal losses she admits to but will not elaborate on—threw her into a seven-year process of research, an attempt to understand the largely pre-Islamic, pre-Christian practice of professional mourning.
Research is the foundation of Simon’s artistic practice. You might say it’s her medium, perhaps even more so than the photography and installation she’s known for. She is frequently described as an image-and-text artist, a convenient shorthand for work that typically combines photography with captions. But both her pictures and captions are the result of meticulous and exhaustive research.
In a foreword to Simon’s American Index of the Hidden and Unfamiliar, a 2007 photo compendium of significant but mostly clandestine American locations—think a Scientology seminar room, an urban warfare training grounds, the Ku Klux Klan headquarters—Salman Rushdie invokes the Robert Browning line about “our interest’s on the dangerous edge of things,” and commends Simon’s willingness to prod the limits of what can be seen and known. Her research is a starting point, a way of finding the limits, of skating the dangerous edge. 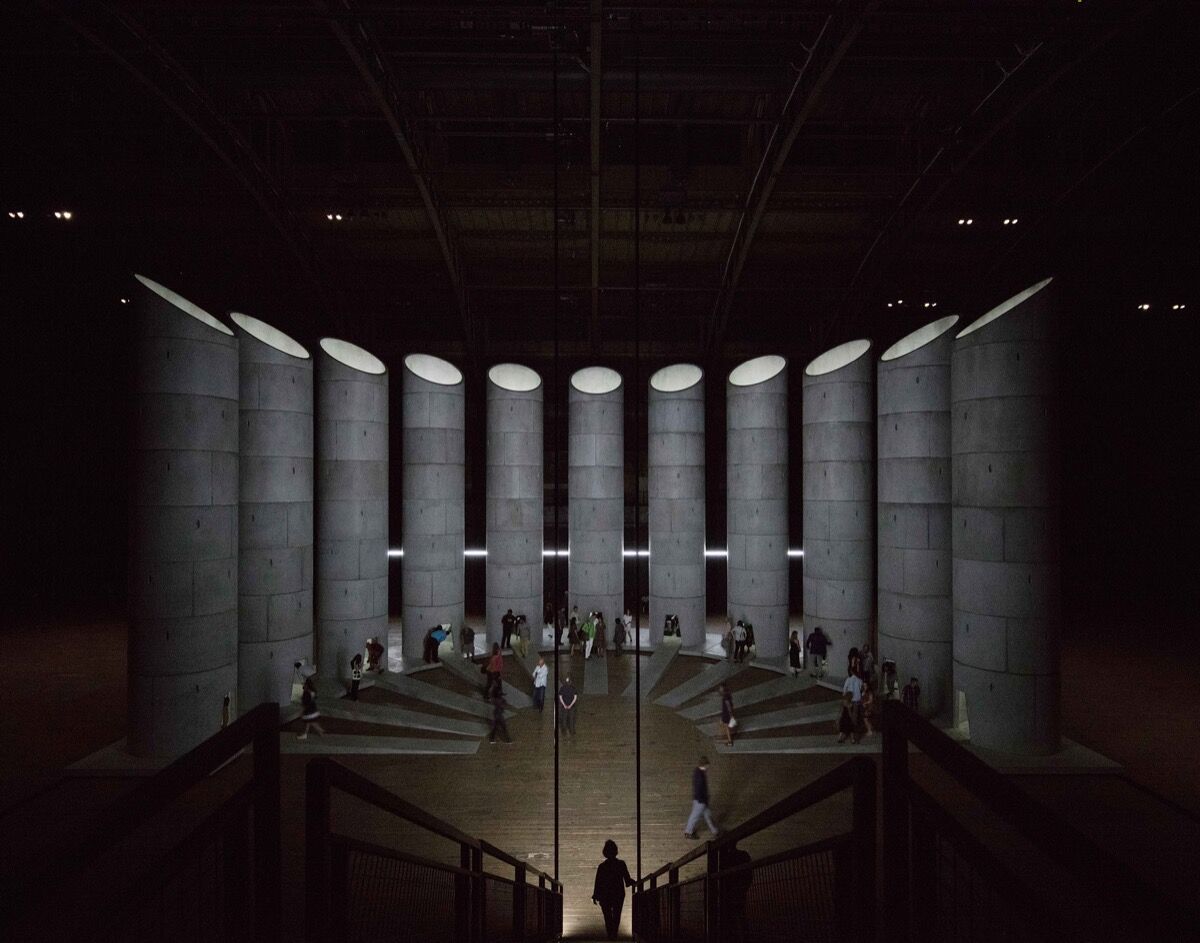 Advertisement
Simon also spoke of the political dimensions of mourning; grief as “the place where nations and individuals can change completely.” The booklet given to visitors as they make their way out of the performance makes this relationship explicit. It compiles the visas granted to the mourners—who have come from Azerbaijan, Burkina Faso, Ecuador, and the Russian republic of Dagestan, among other places—as well as the supporting documents necessary to procure the visas. “U.S. Customs and Immigrations played a curatorial role,” Simon said. When the project becomes a book, as Simon intends—“I think in books,” she noted—this aspect will undoubtedly be emphasized, as it already is by the fact of an election year that has made immigration, the border between truth and fiction, and performance its defining concerns.
As the lamentations wound down—slowly, almost imperceptibly—and the Armory’s side door opened, letting in the traffic noises and lights beyond, it was hard to think of anything other than the fact that we are so small and afraid, but also united. And if we speak the language of grief, at least we do so full-voiced.
—Yevgeniya Traps
Related Stories