When Does a Tattoo Become Art? Tattoo by Bruno Levy. Photo via @brunolevytattoo on Instagram. Tattoo by Bruno Levy. Photo via @brunolevytattoo on Instagram.

If art’s purpose is to challenge viewers—to make a statement or alter one’s perceptions—then can’t a tattoo be considered art, too? Like most hotly debated issues, the answer is subjective, and changes depending on who you’re talking to.
According to Cristian Petru Panaite, assistant curator of exhibitions at the New York Historical Society (NYHS), the answer is simple. If a person intends for their tattoos to be art, then they are. Panaite recently curated “Tattooed New York,” a new exhibition that examines the rise of tattoo culture in New York City from its beginnings on the Bowery in the ’20s and ’30s to today. The show features over 250 works that fill in a rich history long forgotten by the textbooks. New York’s tattoo history has been passed around orally by “land pirates” of the trade, he says, but has rarely been brought together in this way.
Curating the show was the push Panaite needed to finally get his own ink, and about a month into the show’s preparation Panaite received his first tattoo: a design featuring birds and flowers, in memory of his mother. This past New Year’s Eve, he inked his second—the date and location of his American naturalization ceremony. 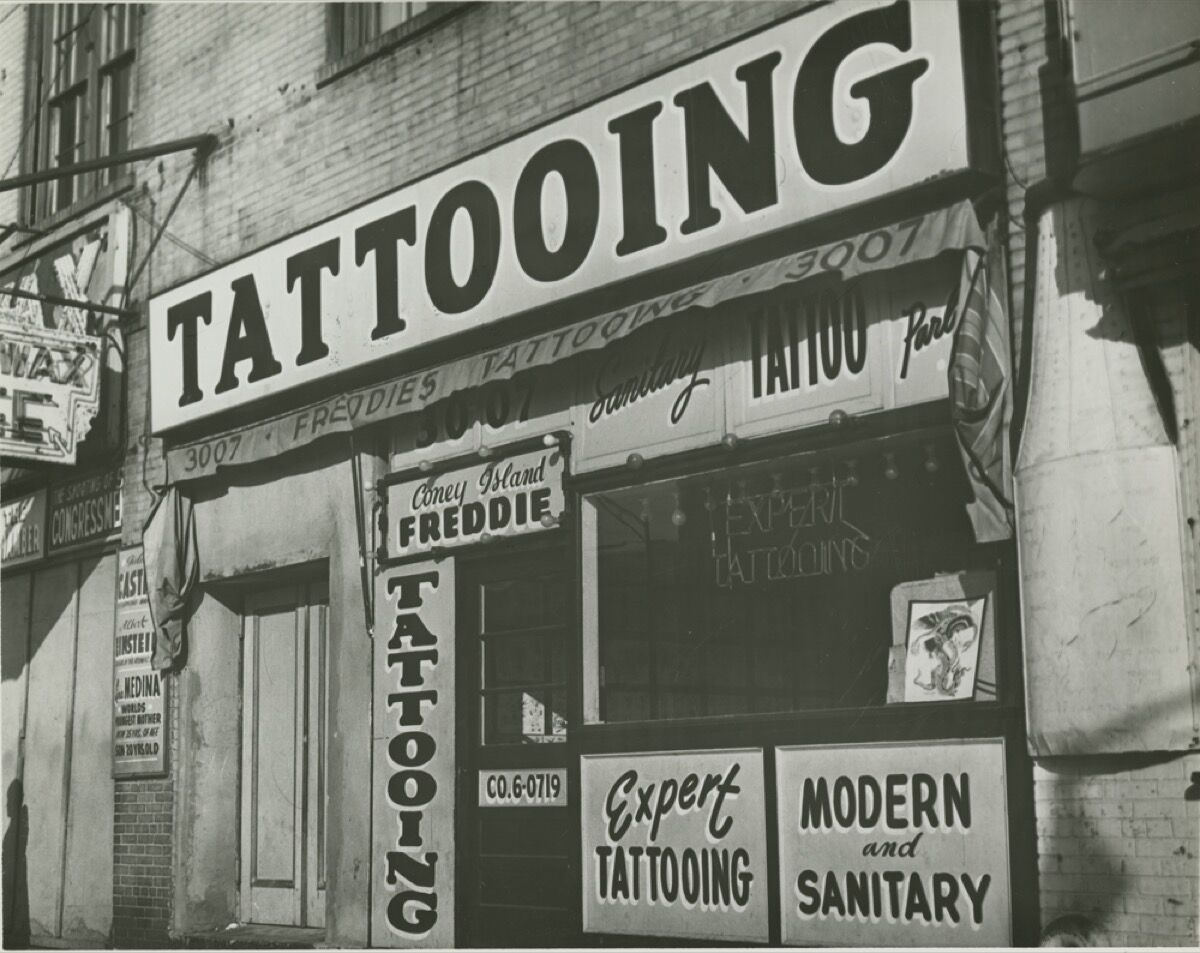 As the stigma surrounding tattoos fades (a study shows that one in five American adults has one), and artists experiment with the medium, tattoo lovers are approaching their marks like fine art, collecting tattoos on their skin from a variety of artists that they follow, much in the same way that a collector would amass canvases and sculptures by the artists they love. Some collectors are even collecting human skin.
Multi-disciplinary artist Bruno Levy sees tattooing as one of the purest art forms, untainted by the conventions of the modern art world, or by money. “It’s a very powerful visual language,” he says, noting that the art form has no secondary market, nor collectors who want to store your work in a basement or flip it when they decide it doesn’t match the couch. Tattooing is an art that walks around in the world with someone for as long as they live.
Creating a tattoo also poses many of the same questions that creating a work of art or an exhibition does. How does the placement of this sculpture change its relationship to space? How does the placement of this rose on the hand, rather than the torso, change its relationship to the body and (possibly) other surrounding tattoos? 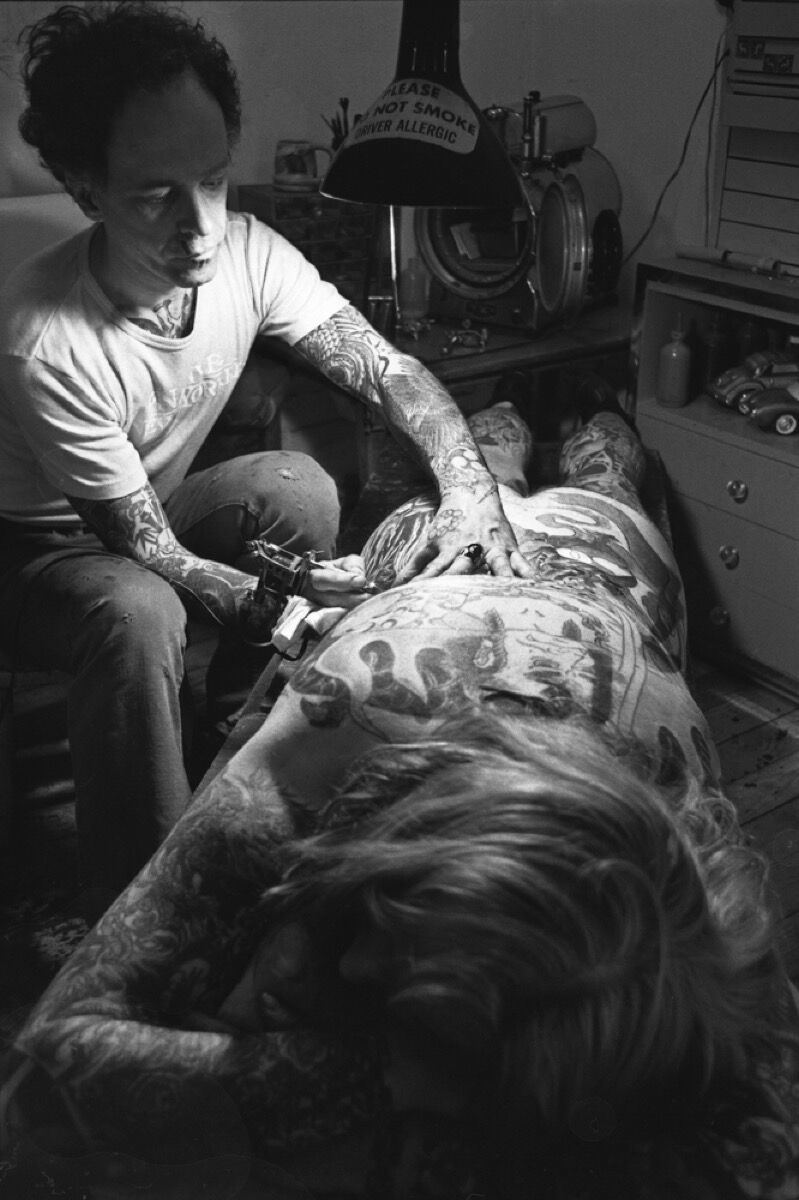 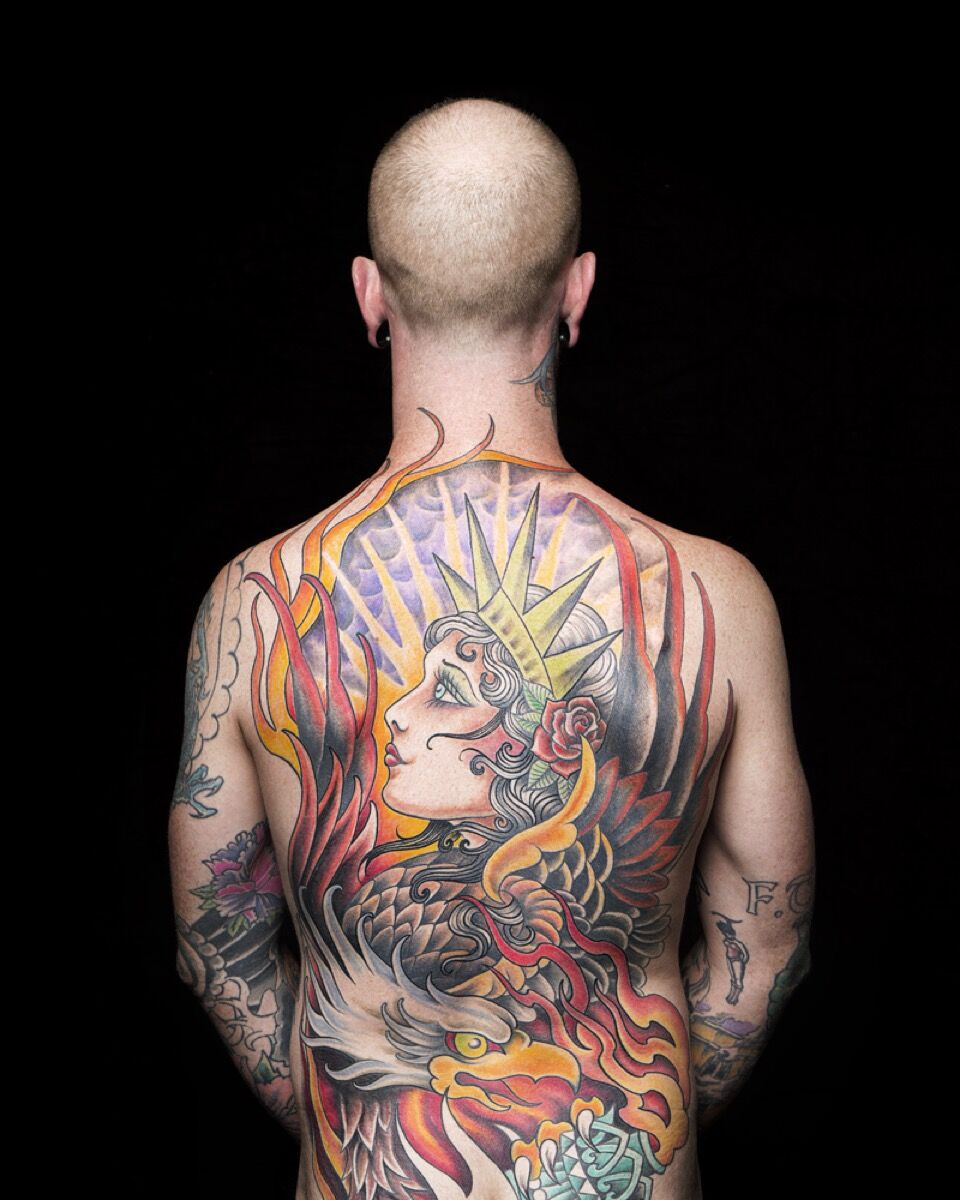 Advertisement
“As a tattoo artist, the role of the craftsman is interlaced with the role of the artist,” says Levy. “The artist’s hand is going to create things differently every time, because we’re not machines.” That might be why Levy chooses to create his tattoos with the stick-and-poke method he picked up in Nepal, for which the artist attaches a needle to a chopstick and pushes the ink into the skin by hand. In terms of the tattoo’s sophistication, this technique limits the scope of possibilities, but it allows the artist’s hand to show through.
And just as the invention of new art forms is often accompanied by new vocabularies to talk about them, tattooing has its own language, with terms like “flash” and “dot work” taking on new meaning. Tattoo artists often rise up in the underground, however, rather than through traditional pipelines like schools or galleries. Artists apprentice in shops and work to hone their craft, developing skills in linework and shading.
To really determine whether tattoos are art engages the broader, time-old question, “what is art?” But the easiest answer, as Panaite says, comes down to questions of intention and perception. If the creator or receiver of the tattoo sees it as art, then that’s what it is. Tattoos have gone through movements and trends, just as any other art form has. They are the product of the skilled application of materials, with consideration given to placement, aesthetics, and style.
What makes a tattoo good is another question altogether. According to Levy, it’s when “it loses the embellishment of the trend and aesthetics, and returns to a very basic idea of what a tattoo should be.”
Katie McGrath
Related Stories