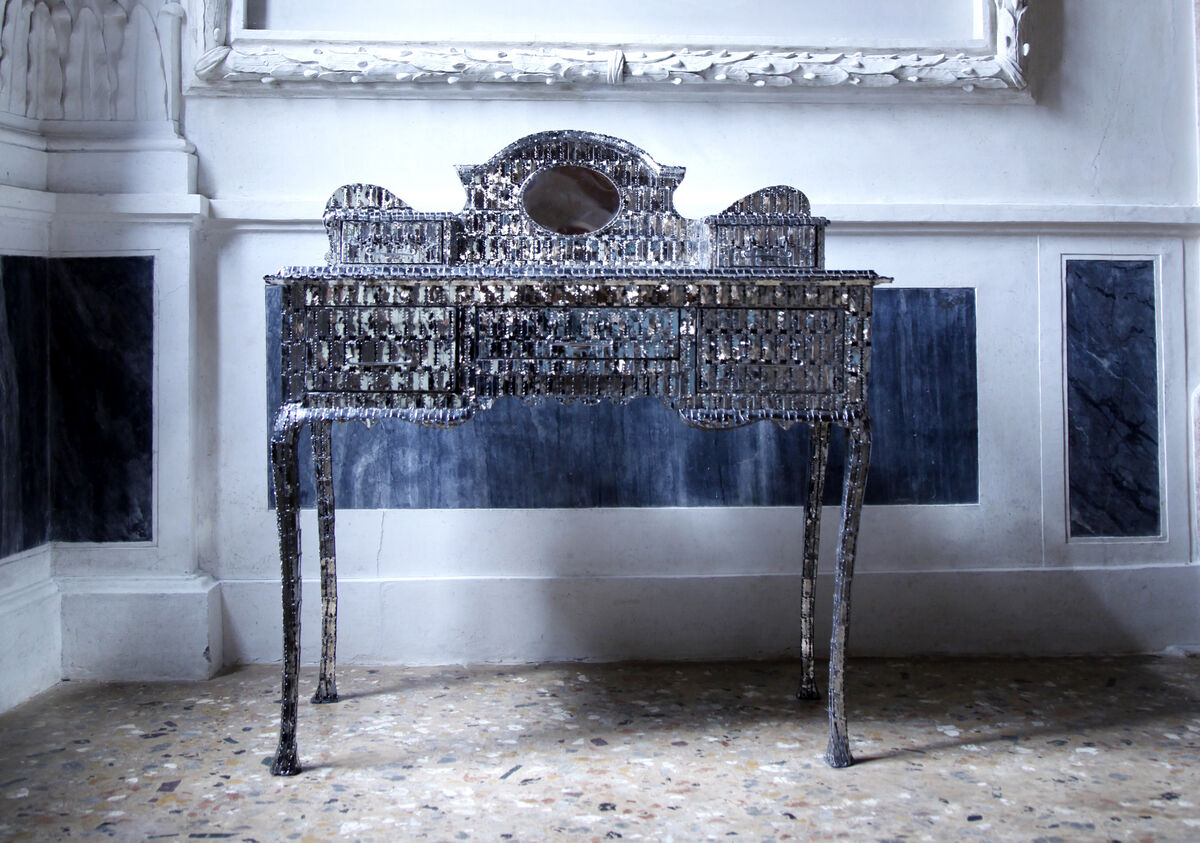 While artist
Tayeba Begum Lipi
was growing up in Bangladesh—as the 11th of 12 children—she would often aid the midwives who brought her nieces and nephews into the world by disinfecting razor blades, the only tool available during the procedure. Though Lipi wasn’t aware of the symbolic weight of the object at the time—in Bangladesh’s patriarchal society, the violent process of childbirth can sometimes mirror the course of a woman’s life—it resurfaced in her work many years later.
By crafting likenesses of commonplace items like handbags, bathtubs, and strollers from the small, menacing strips of metal, Lipi addresses the culture of fear and oppression that defines daily life in her home country. “I did not even think about why I was choosing it—I was only looking for a sharp, violent readymade object that could express my reaction to the vulnerable political situation in both Bangladesh and Pakistan,” the artist recently told Artsy. “At some point, I questioned why I was attracted to this object, and then I found my answer in a childhood memory.” 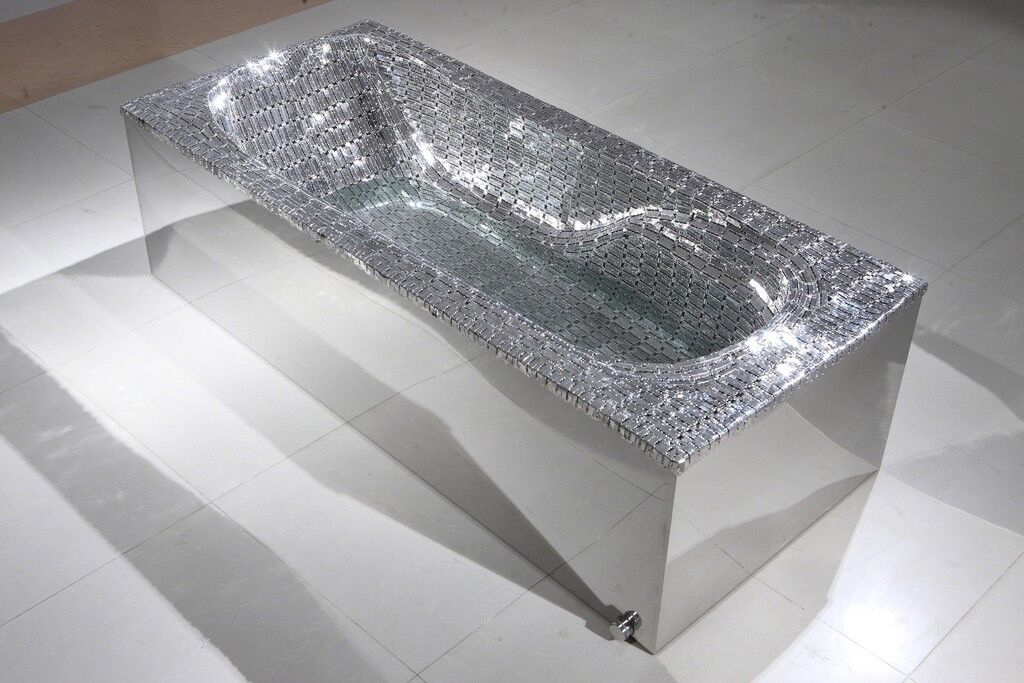 Tayeba Begum Lipi
Let's Take a Break, 2013
Pi Artworks Istanbul/London
By fusing intimate subject matter with aggressive materiality, Lipi reflects on the personal and political perils of a stifling society. “My work always expresses a paradoxical human condition that a human being experiences in a country like Bangladesh,” she explains. “Being in such a society as a woman, your experience is completely different than the experience of a man.” The duality that she identifies in her environment is translated viscerally into the experience of her work; her sculptures are luminous, delicate, and precious from afar, while startlingly ominous—and almost pain-inducing—up close. 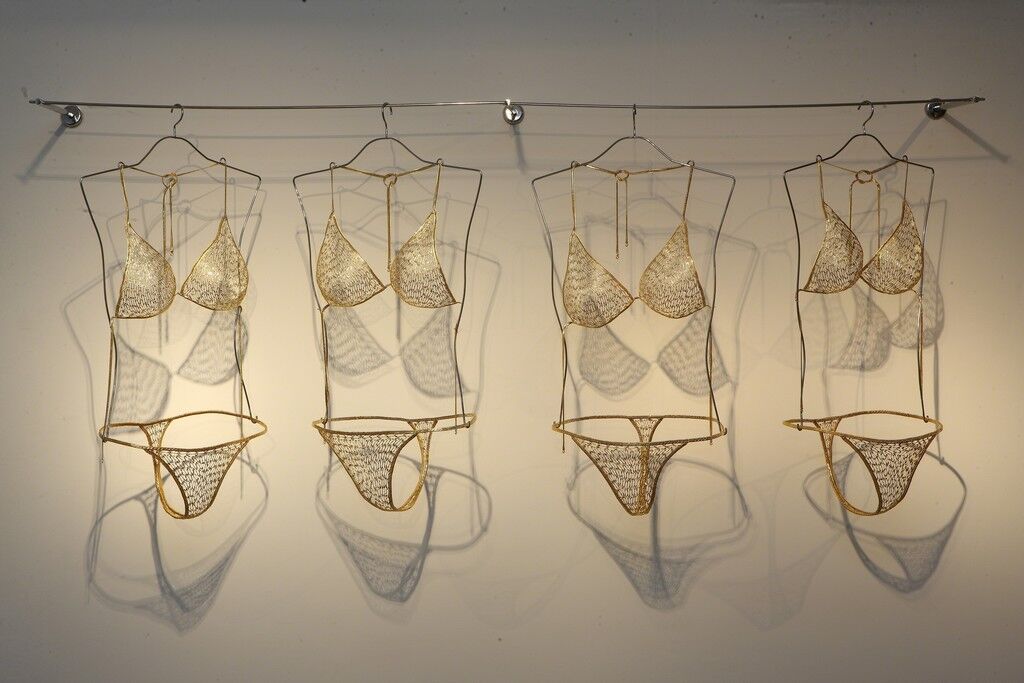 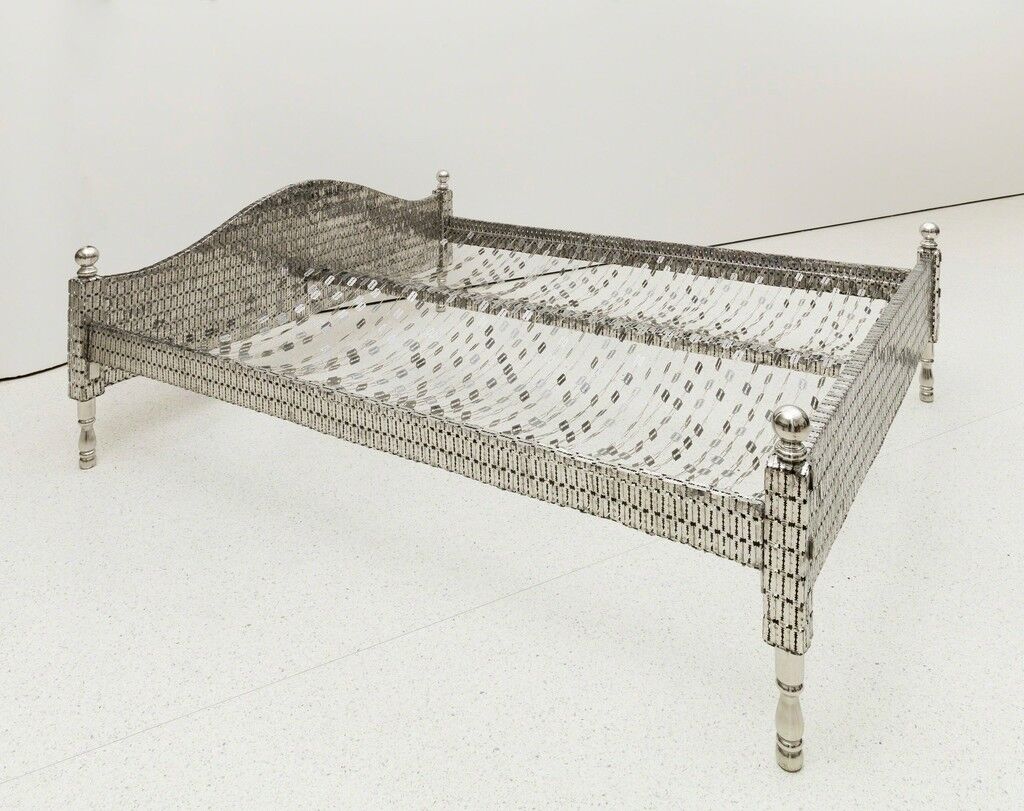 Tayeba Begum Lipi
Love Bed, 2012
Guggenheim Museum
Advertisement
Upon realizing that objects we normally wear or sit on are forged from hazardous materials, Lipi’s sculptures become sites of dissent and protest. There is nothing subservient about Love Bed (2012), a piece that turns the symbolism of a marital bed on its head. And the apparent fragility of Comfy Bikinis (2013) is belied by the realization that the interlocking safety pins used to create the piece actually form a shield for the wearer. 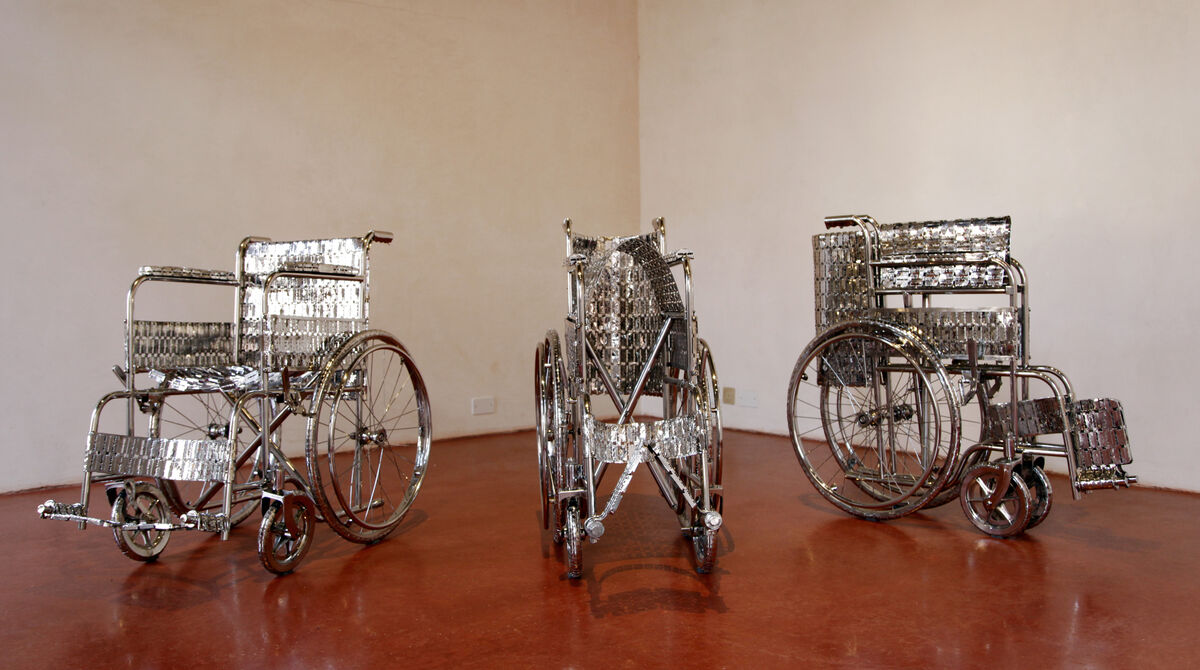 There is a striking way in which these undergarments appear to be animated, despite the fact that no bodies inhabit them. This echoes one of Lipi’s primary goals: to give voice to the anonymous, often invisible, women of Bangladesh. As another vital facet of her practice, Lipi co-founded the Britto Arts Trust—the first artist-run non-profit in Bangladesh—as a creative haven from the surrounding political turmoil. “Britto was initiated because of our needs,” she says. “My partner, artist Mahbubur Rahman, and I consider ourselves as fighters and workers in the Bangladesh art scene. While we started experimenting with new ideas, we went through a very hard time as there was no one to support our art practice. We realized that without creating a proper platform for ourselves, as well as for the next generation of artists, it would be difficult to be acclaimed for what we were doing.”
Alexandra Alexa
“Group Show” is on view at Sundaram Tagore Gallery, New York, Jun. 25–Aug. 15, 2015.
Follow Sundaram Tagore Gallery on Artsy.
Related Stories