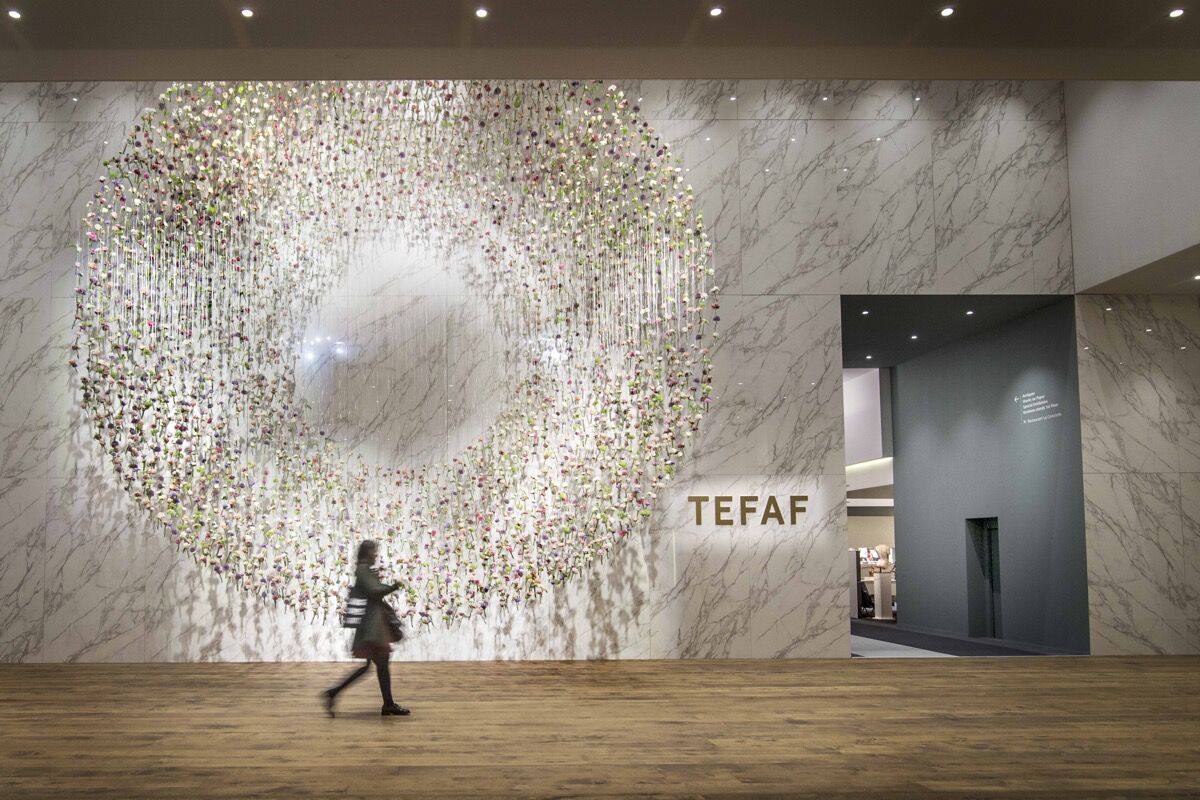 Champagne flowed and oysters were shucked as TEFAF Maastricht celebrated its 30th year as one of the world’s most prestigious art and antiques fairs. The crowd, mostly older and mostly European, seemed jubilant and engaged, oblivious, at least for a few hours, to the wave of right-wing populism sweeping across the continent (and almost to the front door of the fair—the party of Dutch far-right politician Geert Wilders currently polling about 15% ahead of next Wednesday’s election).
Those darker thoughts were left well outside the Maastricht Exhibition and Congress Centre, a massive convention hall transformed for 10 days into an elegant wonderland of museum-quality art, antiques, jewelry and modern design. As in recent years, visitors were greeted by the spectacle of thousands of flowers hung from the ceiling, each in slender individual vases, floating in a cloud over TEFAF’s welcome desk. Massive flower arrangements, fragrant with roses, punctuated the walkways, a hint of nature to distract from all the man-made beauty on display.
With New York’s Armory Show barely in the rearview mirror and Art Basel in Hong Kong less than two weeks away, TEFAF’s opening day drew a mostly European crowd, seasoned with a handful of American and Asian collectors. So how did the “global art circuit” become oddly parochial? Several dealers said the proliferation of art fairs around the world may have had the perverse effect of making once-international events regional, since Americans can now visit TEFAF twice a year in New York (in October and May) and Asia’s calendar of events grows ever-richer. 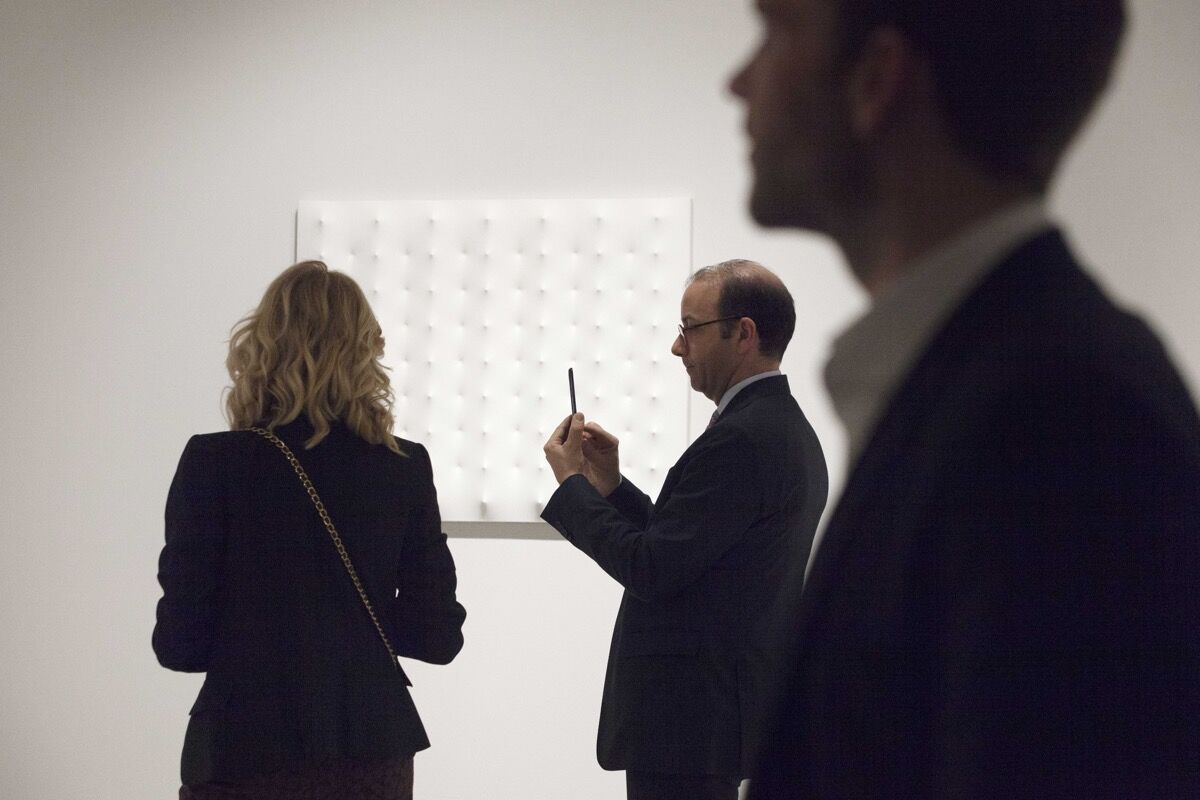 Roxana Afshar of London’s Waddington Custot said she’s seen fairs go “from regional to international back to regional,” noting that collectors in Paris at last October’s FIAC were mostly French, while at TEFAF she was seeing mainly Dutch and Belgian buyers.
“It’s a very strong base,” she said. “The Dutch and Belgian collectors are great collectors in Europe so we’re very happy to meet them.” But where are the Americans?
“I think they’re all recovering from Trump,” her colleague joked.
Clémence Krzentowski of Galerie kreo, one of 13 exhibitors in TEFAF’s expanded design section, also saw her Dutch collector base grow. She stocked her booth with high-profile Dutch designers such as
Hella Jongerius
, whose Dragonfly Coffee Table (2013), one of a limited edition of eight, sold right off the bat, as did one of the lawn chairs Jongerius designed for the United Nations. The gallery also sold a vintage 1954
Gino Sarfatti
neon lamp, for between €50,000 and €100,000. Krzentowski said what struck her about TEFAF’s attendees was the seriousness of their interest, regardless of where they were from.
“The ambiance is really a collector’s ambiance, rather than a social one,” she said.
Anna Ostellari of Tornabuoni Art agreed. The VIP opening, while still full of clinking champagne glasses and trays of exquisite food, remained a collector’s affair. Last year, she joked that it was more “les amis des amis des amis,” people who had been given tickets by their friends who were in Maastricht “just for the fun.” This year, she said “it’s the more serious people.” As with other galleries, she had seen mostly a local crowd, and one collector from Buenos Aires. “Not many from the U.S.,” she mused. “I think they can find something good in Miami.”
By the evening of opening day, the gallery had already sold three works, including a raised and indented white canvas, Superficie bianca (2001), by
Enrico Castellani
for €800,000. A 1994 work by
Alberto Biasi
, which sees a white swirl of PVC strips create an optical illusion, sold for €100,000. And yet another all-white work, an uneven terrain of plastic drinking straws by
Francesca Pasquali
, a young artist from Bologna, went for between €20,000 and €22,000. 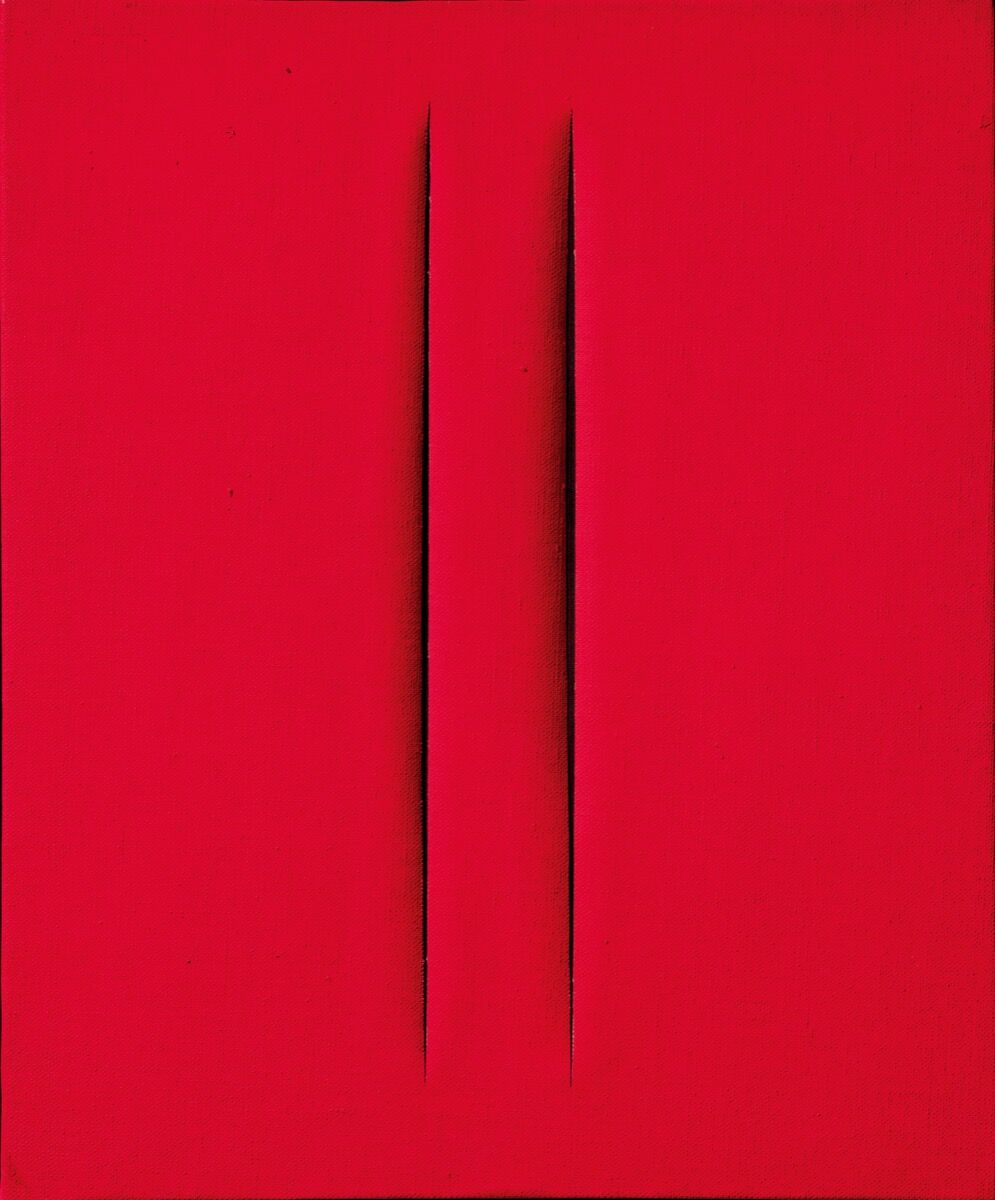 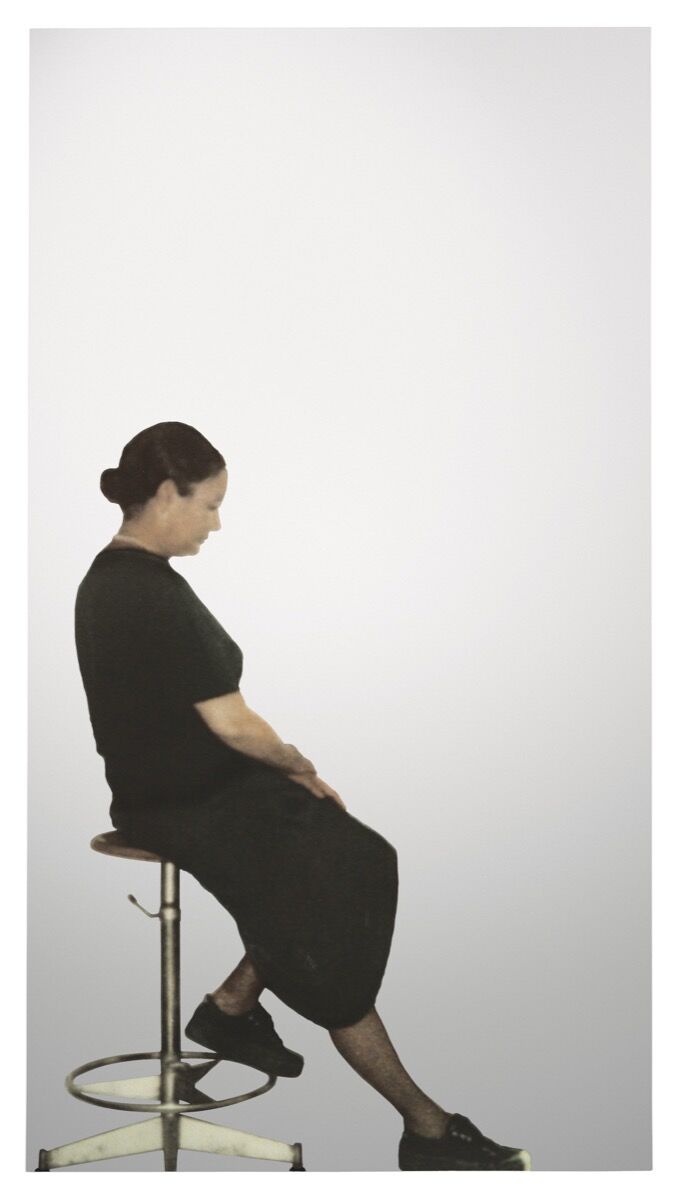 Advertisement
Nicolò Cardi of Cardi Gallery in Milan and London said he saw a similar dynamic, collectors who are “very focused into buying; it’s not just tourists.” Hours into the fair, he had three works on reserve, by
Cy Twombly
,
Lucio Fontana
, and
Michelangelo Pistoletto
. He attributed the art market’s stronger start in 2017 to, at least in part, the conclusion of the U.S. presidential election, and the modicum of certainty that provided.
“At least there is a new president of the U.S., even if nobody likes [him],” he said. “I’m not saying it’s good, it’s bad. But it happened, and also Brexit happened—at least everybody knows it happened.”
Last year, he said, was a soft year all around for the global art market, as people held their breath and waited to see the outcomes of those two major geopolitical events. Nonetheless, sales in 2016 edged up modestly to $45 billion from estimates of market size in 2015, according to TEFAF’s new global art market report, which relied on a new methodology that cut the overall size of the market by roughly a third. But the report said a substantial amount of sales activity had shifted to the private market, as consignors, hesitant to sell at auction, sought more discretion and control.
Cardi acknowledged the upcoming European elections do still pose some uncertainty, but he said their effect would be minor compared with the size and import of the U.S.
At Galerie Thomas, director Jörg Paal said TEFAF’s stability and consistent identity, along with its proximity to the rest of Europe, could be one reason why the fair was off to a brisk start, relative to its usual pace, with plenty of interest in a large bronze
Max Ernst
sculpture, La Grande Genie (1967/ posthumous cast 1998) encircled by shrubs and ferns, and works by
August Macke
and
Peter Halley
.
“TEFAF is TEFAF for so many years, and people like that nowadays,” he said. “There are so many changes worldwide. Being stable, [collectors] know the fair, they know the high quality.”
TEFAF is indeed known for its quality: Each object admitted to the fair is rigorously vetted, although there have been some questions raised of late after several dealers who show regularly at the fair were accused of selling forgeries at other venues. But dealers also noted the quality of the collectors, who one frequently hears described as “sophisticated” and “learned.” 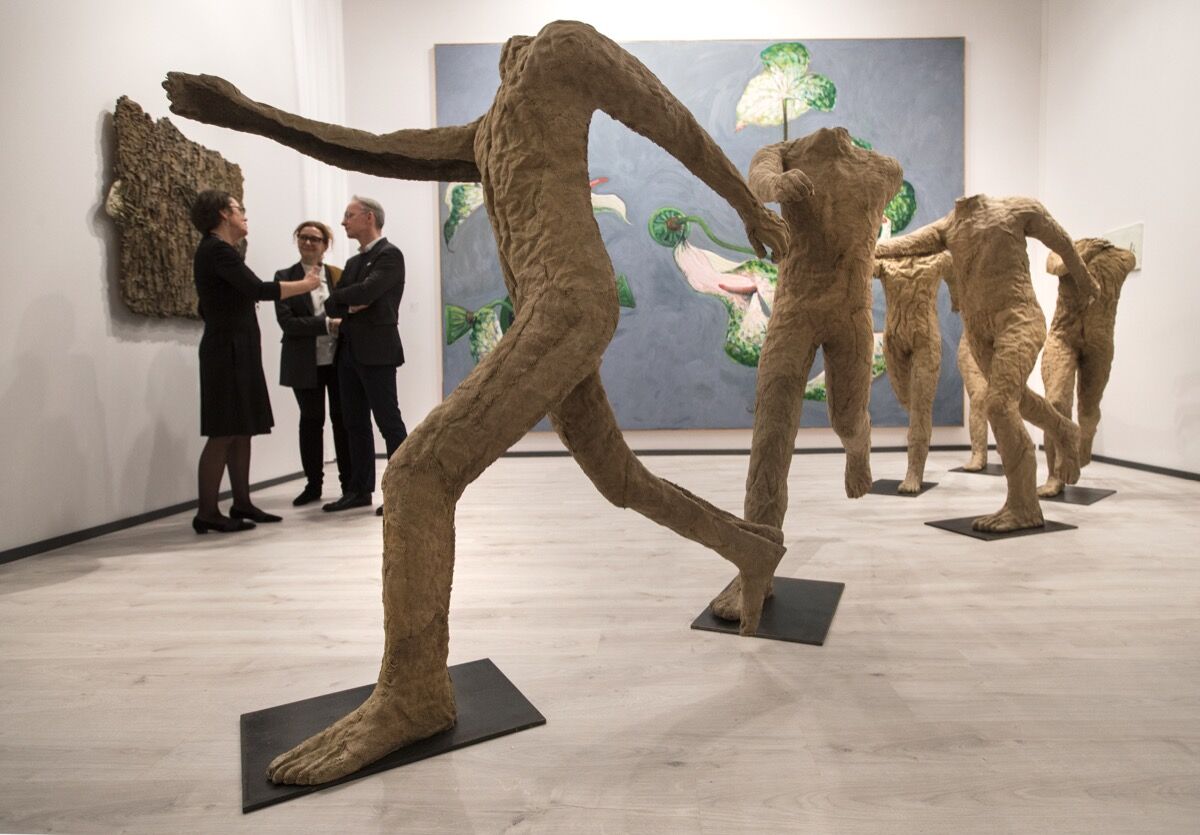 “The kinds of questions they ask, it’s much better here,” said Katja Ott, gallery director at Beck & Eggeling in Düsseldorf. She had recently been at The Armory Show in New York, where she found people often seemed intimidated or shy to inquire about artists they didn’t know—or they asked more about the condition of the work, something that affects works’ monetary value, rather than the artist’s motivations or materials.
Michael Beck agreed that the European client base at TEFAF was a much better fit for their gallery.
“If I come with my European stuff to America, people don’t know the artists,” he said, and without bothering to learn, they show little interest in buying.
But back on the continent, the gallery sold a number of works on opening day: a 2015 video work, Water Circle, by
Fabrizio Plessi
, On the top (1967) by
Raimund Girke
, an untitled work from 1963 by
Gotthard Graubner
, and an oil on canvas work by
Piero Dorazio
, granarossa (1960). Ott pointed to several other factors behind the auspicious start to the fair, including robust financial markets, strength in Europe’s major economies, and the promising results at Christie’s and Sotheby’s London sales over the previous two weeks.
Antiques dealers and galleries specializing in pre-19th-century art saw a more international collector base, possibly because TEFAF remains the premier fair for those categories, even as other fairs specializing in contemporary art have gained prominence. Pippa Cooper of Johnny van Haeften, a private dealer of
Old Master
paintings, said their booth had been visited by a number of North American collectors and institutions, as well as Asian visitors. While they had yet to post a sale as of midday Friday, she said interest had been strong after a Chinese television station recorded an interview with van Haeften in his booth.
At Ben Janssens Oriental Art, a London-based dealer of Chinese and Japanese works, a set of four iron paintings that had been exhibited at the Metropolitan Museum of Art were bought by a private collector, said research assistant Grace Tu. The asking price for them had been between €50,000 and €60,000. A similar smaller pair also sold, with an asking price between €15,000 and €20,000. 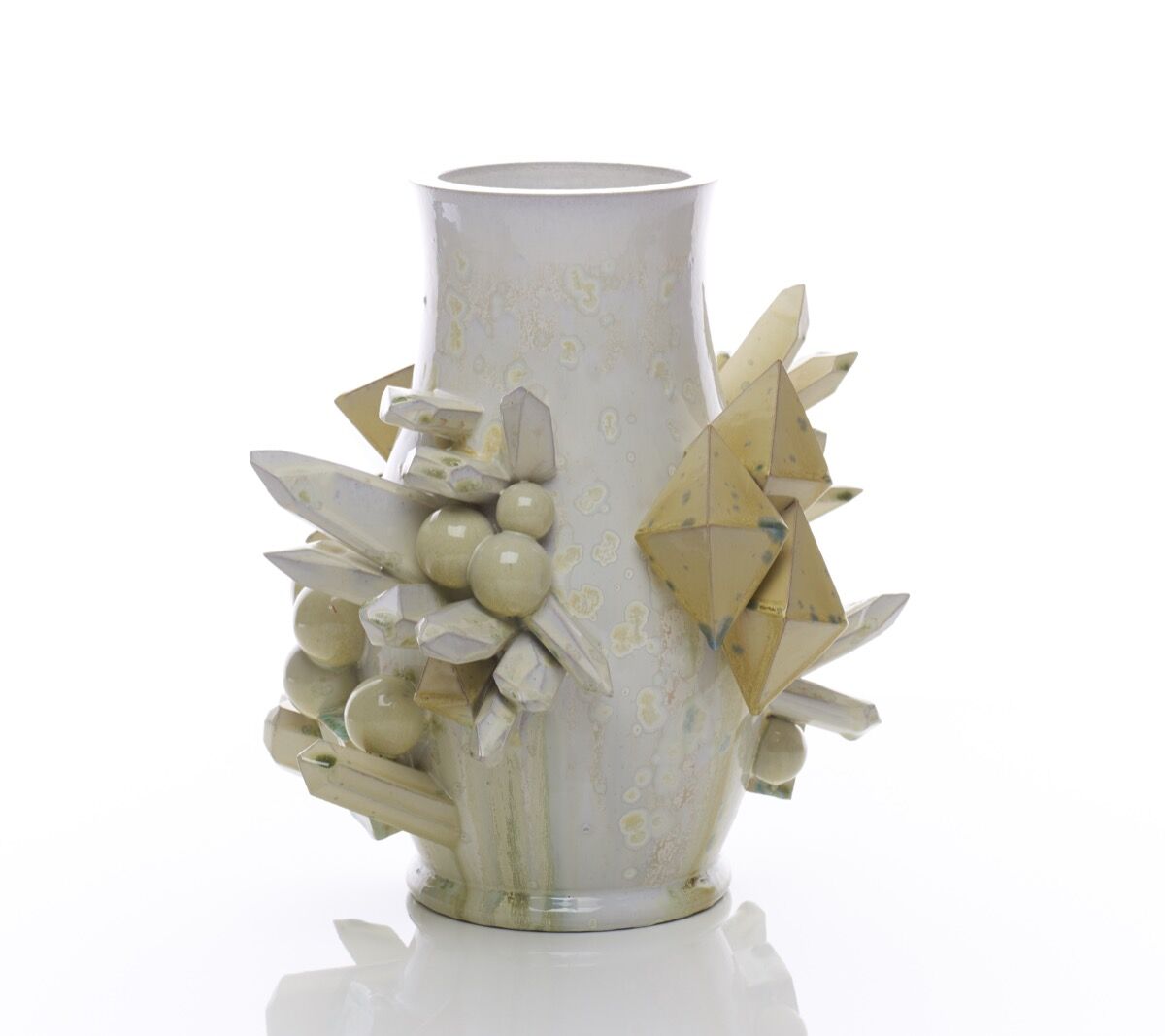 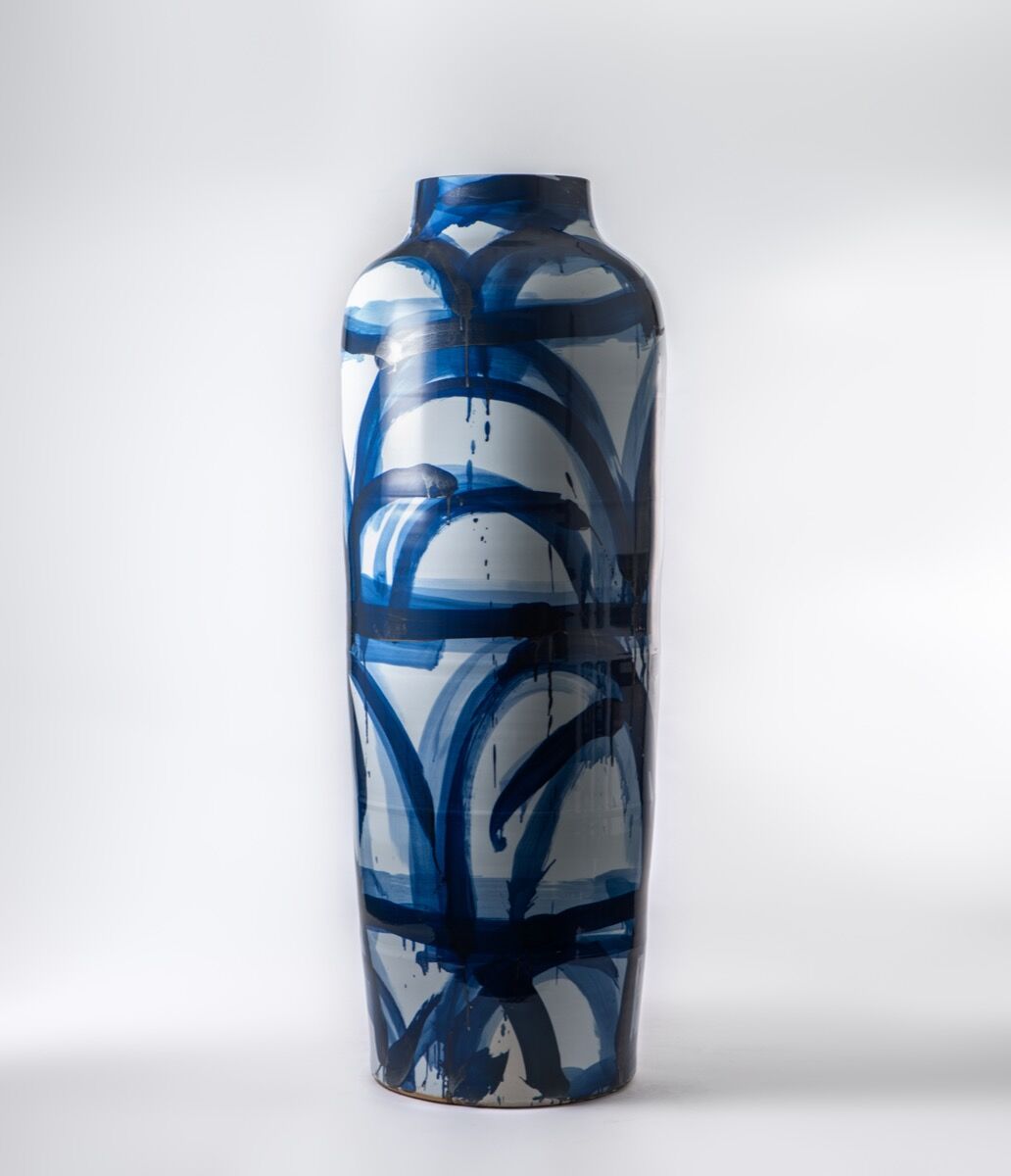 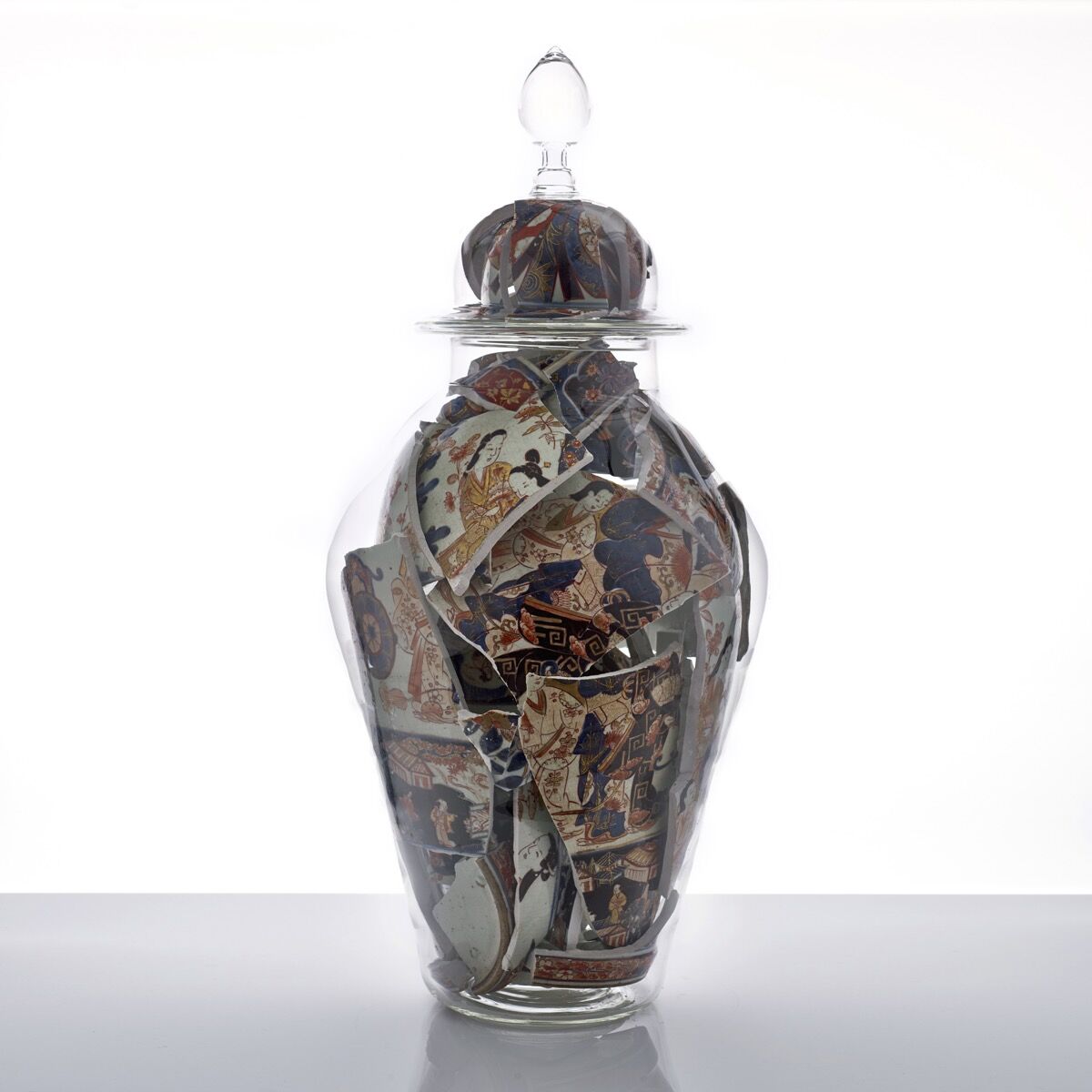 The very eclecticism of TEFAF’s Maastricht fair—Chinese antiques next to Old Masters next to
Louise Bourgeois
sculptures—makes it an exceptional educational experience, said Philip Hewat-Jaboor, chairperson of the art fair Masterpiece London and an art advisor and collector. In his view, TEFAF was one of the first and most successful fairs to mix disciplines, hopefully inspiring cross-pollination such as the juxtaposition of a large
Vik Muniz
photograph of a bee amidst pink flowers in a roomful of 18th-century furniture at Galerie Perrin.
“This is really the most wonderful way to open your eyes to new things,” he said, noting that he’s seen a “slight resurgence” in interest in exceptional works of furniture and objects, which are starting to be seen as works of art in their own right, and less as utilities.
“I think beauty is coming back,” he added.
At Adrian Sassoon’s booth, brisk sales of extraordinary glassware proved Hewat-Jaboor’s point. Director Mark Piolet said vases, urns, and bowls from designers such as
Kate Malone
,
Felicity Aylieff
,
Rachael Woodman
, and
Bouke de Vries
had all sold in the first two days, mostly to private collectors. A set of porcelain vases by artist
Robin Best
was acquired by an American institution for around €39,000. 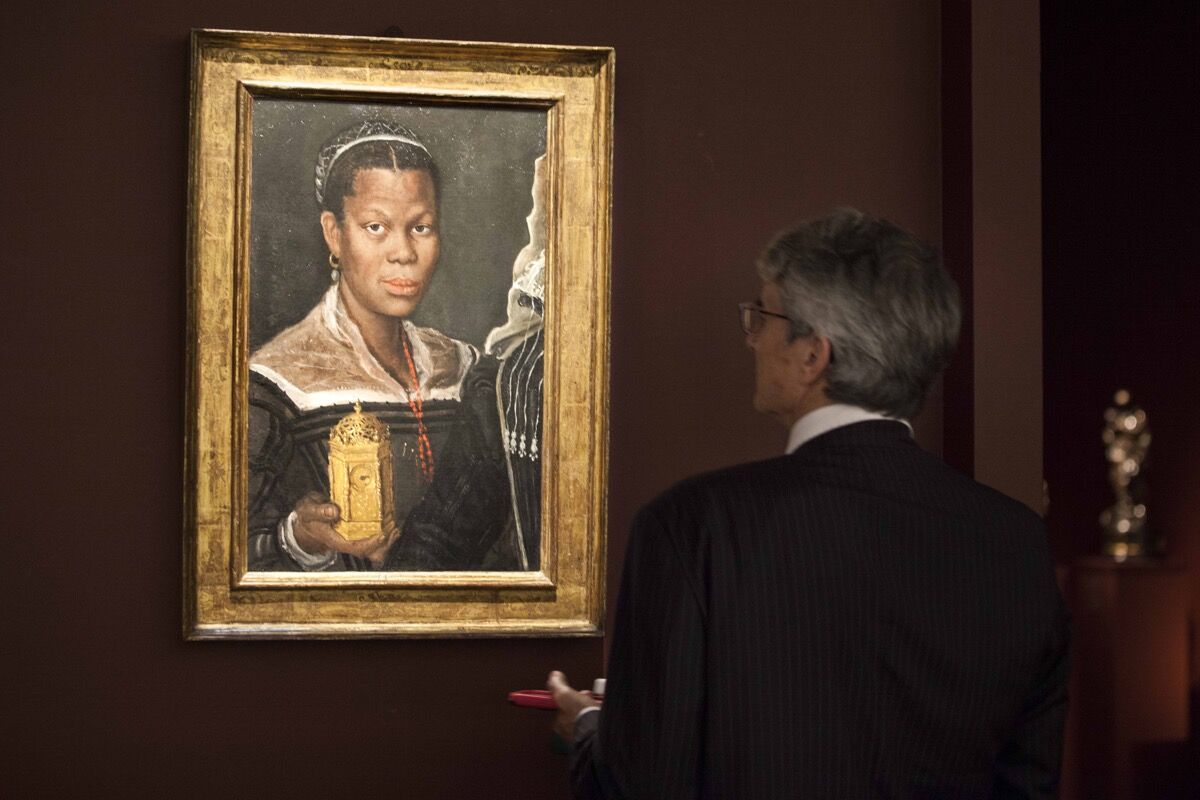 Annibale Carracci, Portrait of an African Woman holding a clock, circa 1585, on view at Tomasso Brothers Fine Art at TEFAF Maastricht, 2017. Photo by Loraine Bodewes. Courtesy of TEFAF Maastricht.

Dino Tomasso of Leeds-based Tomasso Brothers Fine Art said his booth had drawn many of his known clients, who do travel from the U.S. and South America to see his wares, which range from antiquities statues to
neo-classical
works.
“We don’t get really walk-in and buy clients,” he said, noting that his specialties make him more of a destination.
He was already in negotiations for two much-discussed works, a fragment of a painting by
Annibale Carracci
, Portrait of an African woman holding a clock (1583/85), and a statue of Julius Caesar by
Giambologna
(c. 1551), although the sales were not yet finalized as of mid-day Friday.
TEFAF has long been associated with a slower pace of sales in comparison to its contemporary counterparts, despite the fact that Tomasso said “the connoisseur-collector has become less prominent,” over the years. Along with the category—and high price—of much of the work on view, the fair’s 10-day-long run, more than double many others, makes for a slower burn.
Under the €100,000 mark, however, sales were brisk throughout TEFAF’s opening days. At the booth of Gallery Delaive, an Amsterdam-based dealer of modern and contemporary art, gallery assistant Robrecht de Vocht stood with a bottle of champagne in hand as he went over some of the day’s sales, several in the €20,000 range, such as a massive box of chocolates by
Peter Anton
, Vivacious Variety (2016), and a couple in the €40,000 range, including an untitled 1975 oil painting by
Karel Appel
.
“It’s been busy,” he said, especially after last year, which got off to a slower start. He excused himself after a couple of minutes of polite chit-chat—he had to go pour the champagne for some friends and clients before it went flat.
Anna Louie Sussman
Related Stories 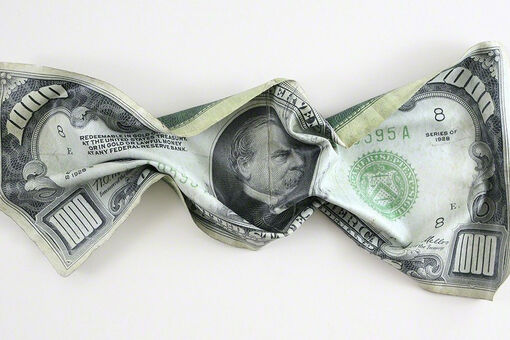 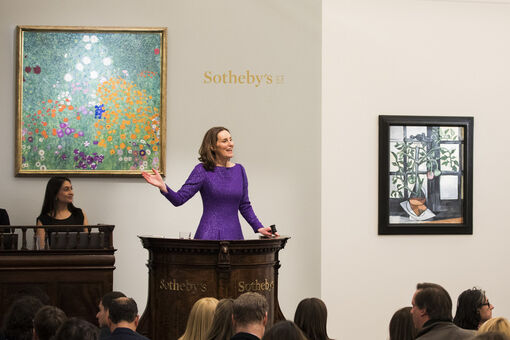