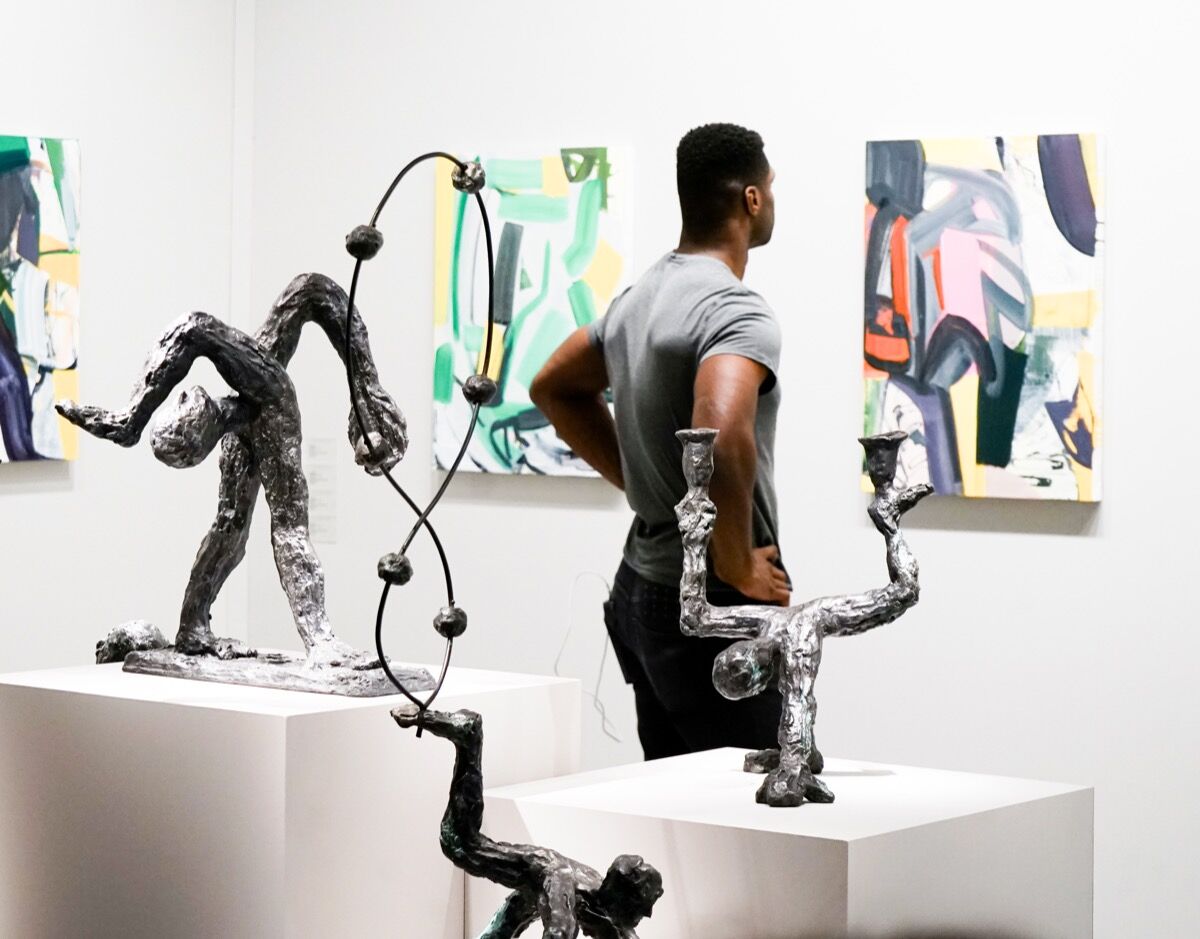 In 2016, The European Fine Art Fair in Maastricht, the Netherlands, announced an ambitious gambit for global expansion: two New York fairs in the Upper East Side’s Park Avenue Armory, a fall edition showing a span of work from antiquities through the 20th century, and a spring fair for modern and contemporary art. The spring edition was planned for the first week of May, putting it head-to-head with Frieze New York, another European gatecrasher in the Big Apple, which opened to VIPs on Randall’s Island Wednesday.
This year’s spring TEFAF, which opened on Thursday afternoon for a preview, had 24 new galleries, including heavyweights such as Gagosian, Hauser & Wirth, Marian Goodman Gallery, Matthew Marks, Simon Lee Gallery, Lévy Gorvy, and Mnuchin Gallery. Many of these galleries already have a hefty fair load in the first half of the year—The Armory Show, Art Basel in Hong Kong, and Art Cologne among them—and don’t add another without careful consideration. But collectors on the Upper East Side is a contingent too valuable for dealers to miss. 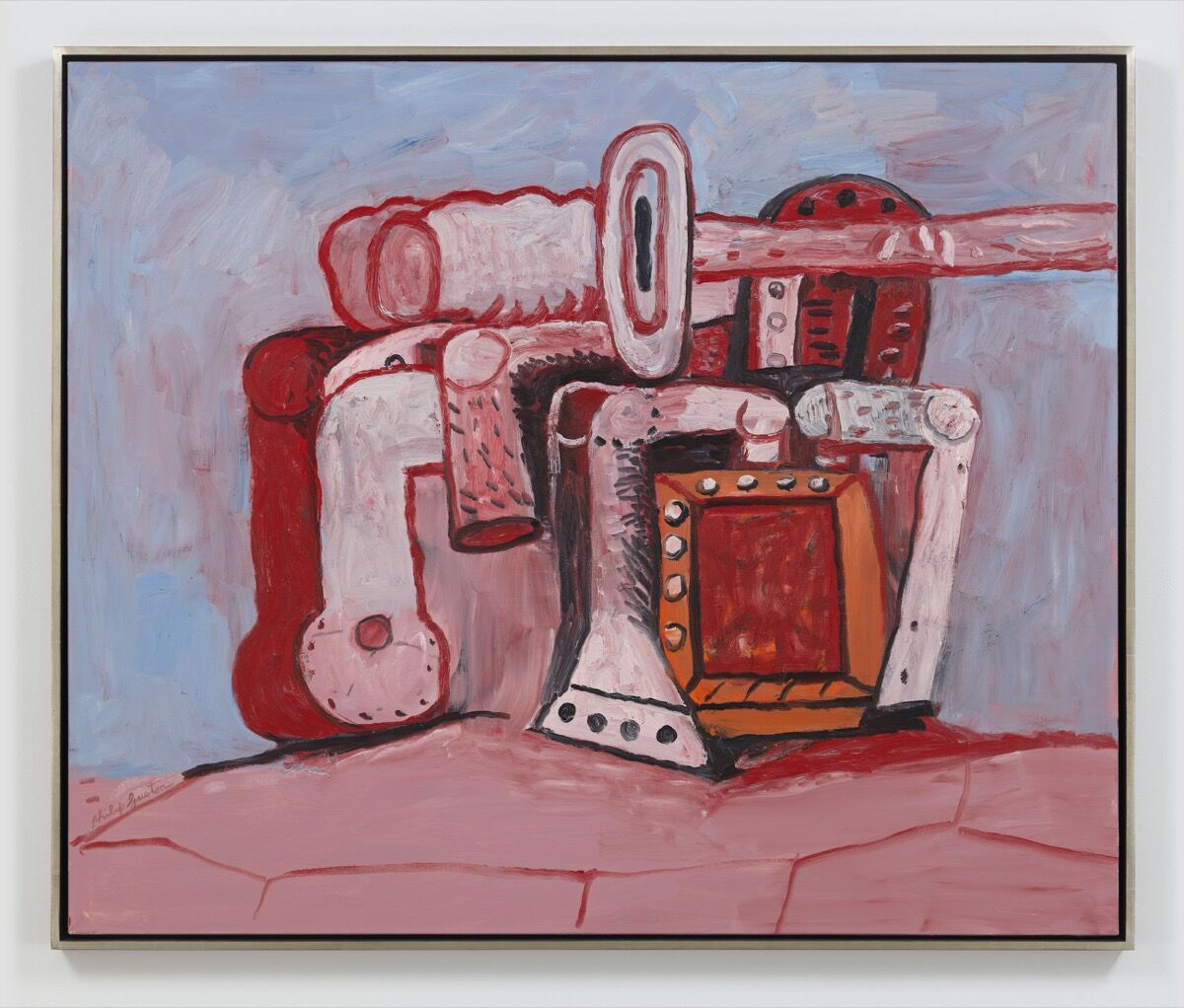 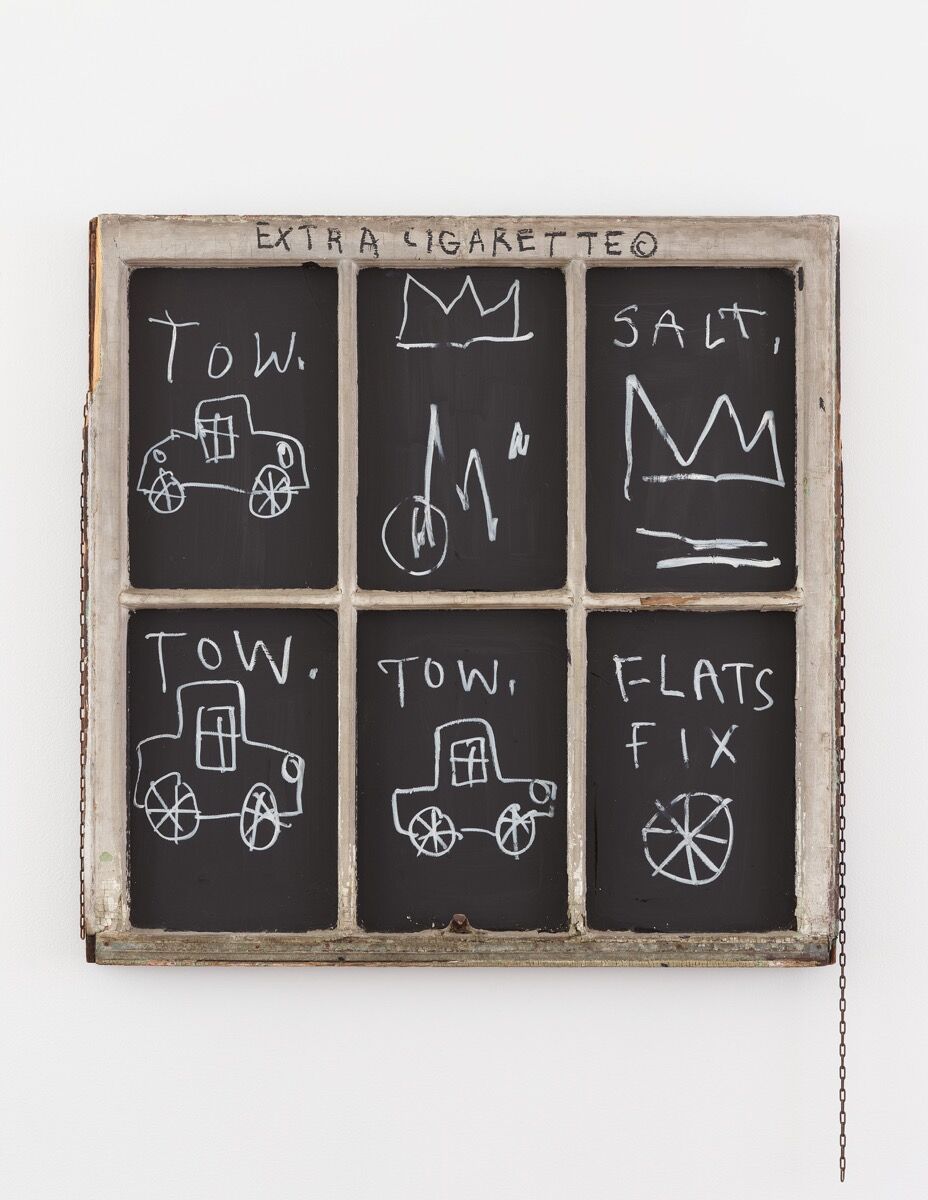 A number of these newcomers reported strong sales in the opening hour, a good omen for a fair that runs until Tuesday and is usually expected to be a slow burn rather than a mad dash right at the opening gun. The fair’s ritzy location and clientele allow higher price points than at Frieze—there were more works selling for over a million dollars than at Frieze the day before, where the offerings are edgier and targeted at curators. Perhaps the pricest sale of the first few hours happened at Hauser & Wirth, where a late
Philip Guston
painting, Forms on Rock Ledge (1979) sold for $5.5 million.
“It’s incredibly well organized, and with the brand of TEFAF, it brings truly a different aspect to New York in terms of the fair,” said Marc Payot, a partner at the gallery, standing in front of the Guston.
He added that that TEFAF’s location is key, as they’ve developed a bond with buyers in the area since Hauser & Wirth’s first New York gallery opened on the Upper East Side in 2009. 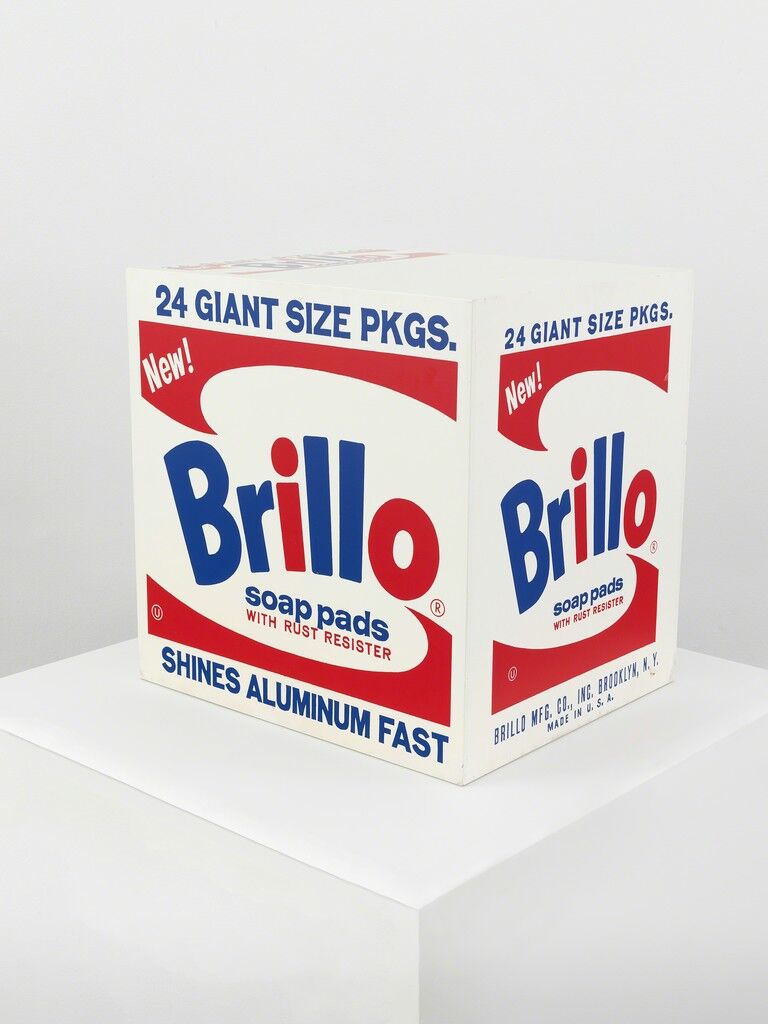 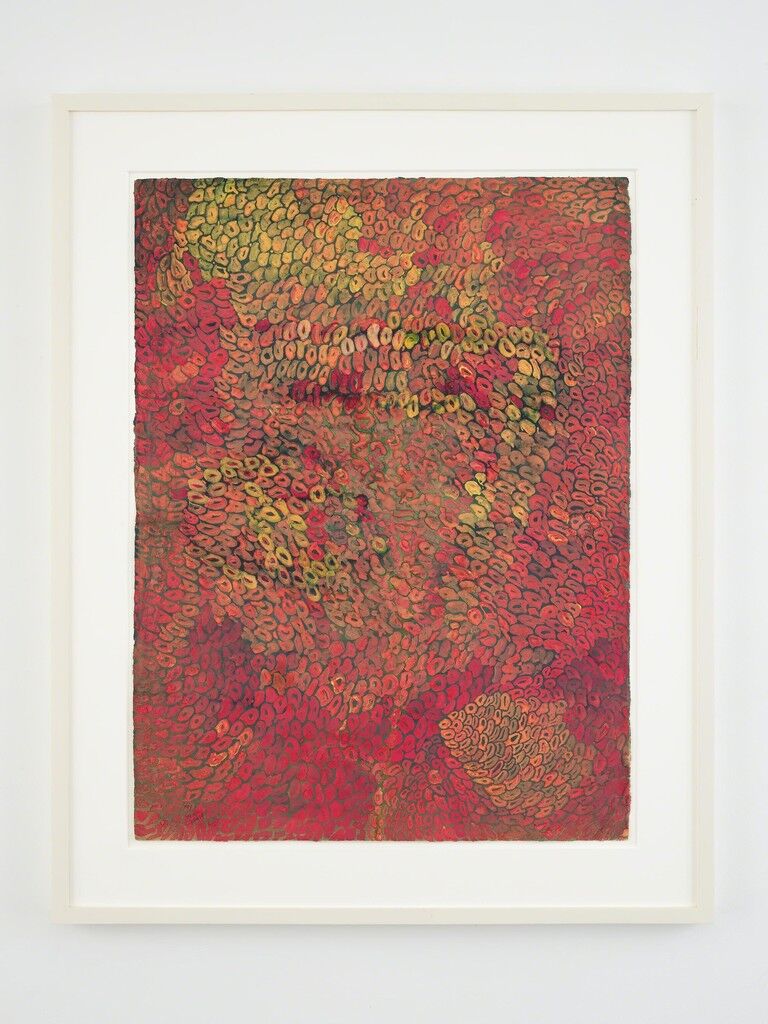 Yayoi Kusama
Untitled, 1953
Lévy Gorvy
Advertisement
“It’s in the neighborhood where the collectors live, and that sounds absolutely ideal,” Payot said.
Lévy Gorvy is another local operation, housed in a former bank building on Madison Avenue.  The gallery had a successful day by any measure: In the first few hours, it sold
Jean-Michel Basquiat
’s Extra Cigarette (1982) for $5 million—the same work sold at Christie’s in May 2010 for $1.53 million, a significant uptick in eight years. Lévy Gorvy also sold
Günther Uecker
’s Diagonale/Vertikale Struktur (Diagonal/Vertical Structure) (1965) for $1.3 million, one of
Andy Warhol
’s “Brillo Soap Pads Box” sculptures (1964/1969) for $1 million, and an untitled
Yayoi Kusama
Gouache and watercolor on paper for $950,000.
Another first-time exhibitor is Marian Goodman, an arrangement that came about through happenstance. A year ago, the legendary New York dealer visited TEFAF New York Spring with one of the artists who shows at her gallery,
Gabriel Orozco
, to check out the work that her colleagues brought in. She wasn’t necessarily looking to do another fair, but senior director Emily-Jane Kirwan said that Goodman saw the opportunity to do something different than the large-scale installations for which she is known at Frieze. (What’s put up at Frieze? This year, it’s
Pierre Huyghe
encased the entire booth in blackness to best display a glowing red cube.) At TEFAF, they have four new Gabriel Orozco limestone works, all just a foot high, installed on the booth’s floor. 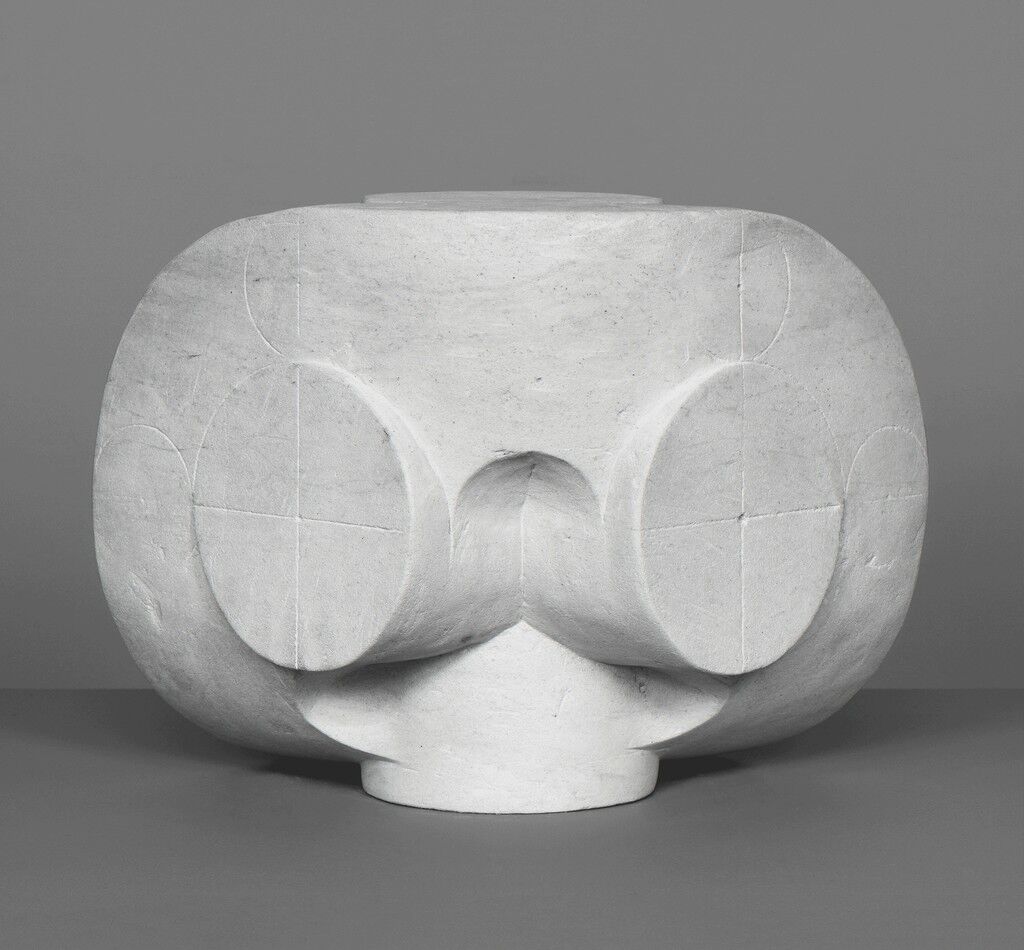 Gabriel Orozco
Dé Matrice, 2018
Marian Goodman Gallery
“It seemed like the right context for the work,” Kirwan said.
(This year, Goodman was spotted going around the fair with two of her other artists:
Danh Vō
and
Maurizio Cattelan
.)
At the Gagosian booth around the corner, Larry Gagosian himself was holding court (increasingly a rarity as his empire continues to expand) alongside a ski-cap-wearing
Brice Marden
, who had four works in the show, including one from 2018. The two-artist booth paired Marden with four new works by
John Currin
, including a portrait of his wife,
Rachel Feinstein
, who gamely posed for Instagram pictures alongside her painted visage. (Gagosian doesn’t give out prices or sales information, but a source who works in art advisory said the new Currin paintings were on sale for $3.5 million.) Later, Feinstein and Currin went off to booth-hop alongside Britpop legend Jarvis Cocker, the lead singer of the band Pulp.
And those who returned to the fair for its second iteration said that year two was just as much of a success as the inaugural edition.
“Last year, straight out of the gate, it was a must-attend fair,” said Sean Kelly, who, like Paul Kasmin Gallery and Galerie Perrotin, chose a “both/and approach” this week and is doing both TEFAF and Frieze. “The level of the quality was so clear last year. These guys know what they’re doing—they’ve been doing it for decades in Maastricht, they have it down.” 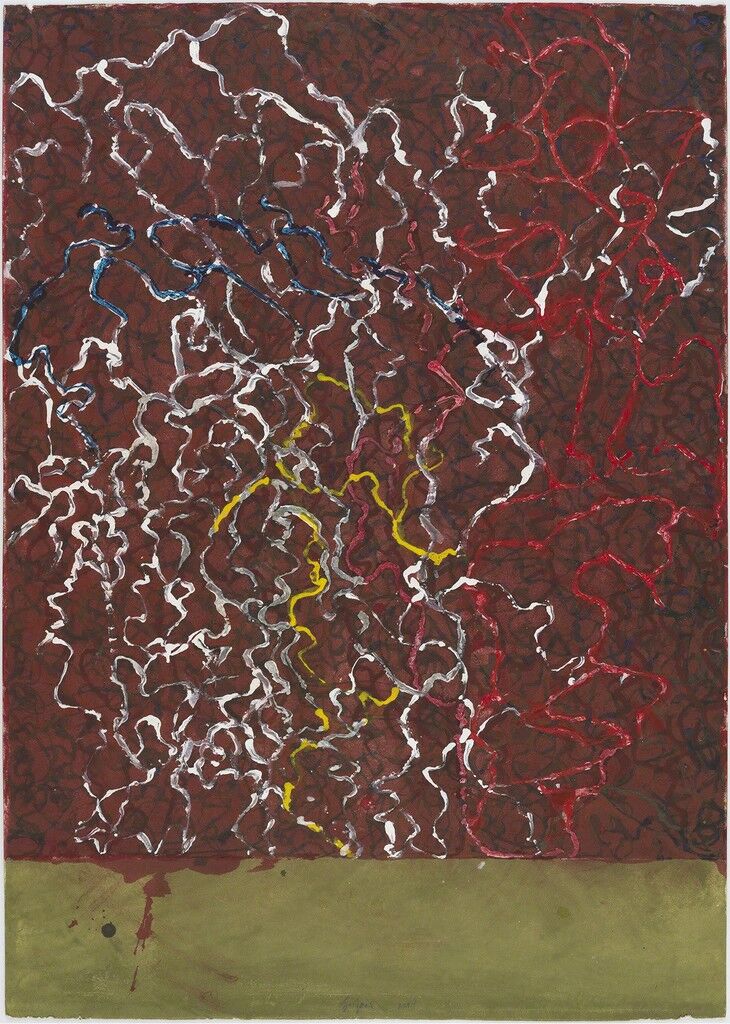 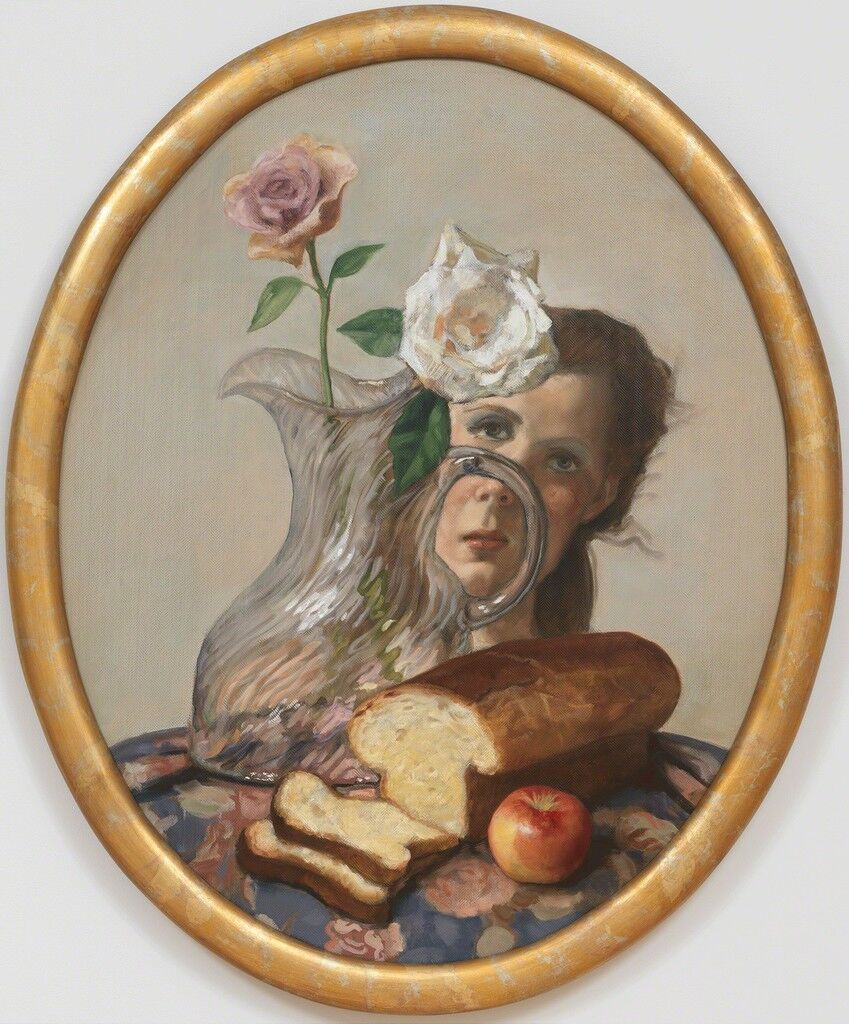 John Currin
Loaf of Bread, 2018
Gagosian
One main focus of conversation among both exhibitors and visitors alike was how TEFAF New York Spring is faring in its head-to-head matchup with with Frieze New York. While smaller—90 galleries as opposed to the 190 at Frieze—TEFAF had more sales over $1 million with more frequency in the opening hours, and the whole of the historic hall was filled from noon until the evening.
Frieze also had to contend with a cooling system clearly not designed to deal with the record-setting, 90-degree heat on the fair’s first three days; rumor had it that some exhibitors were asking for full refunds. Sean Kelly said TEFAF had a key advantage over Frieze this year: “The thing I like most about this fair is it has air conditioning,” he deadpanned.
Alex Logsdail, director at Lisson Gallery, also called the heat “a major problem.” By contrast, he said, TEFAF had “gone very well,” with only two works left unsold in the small booth that held fewer than a dozen works total—a stark contrast to Frieze. 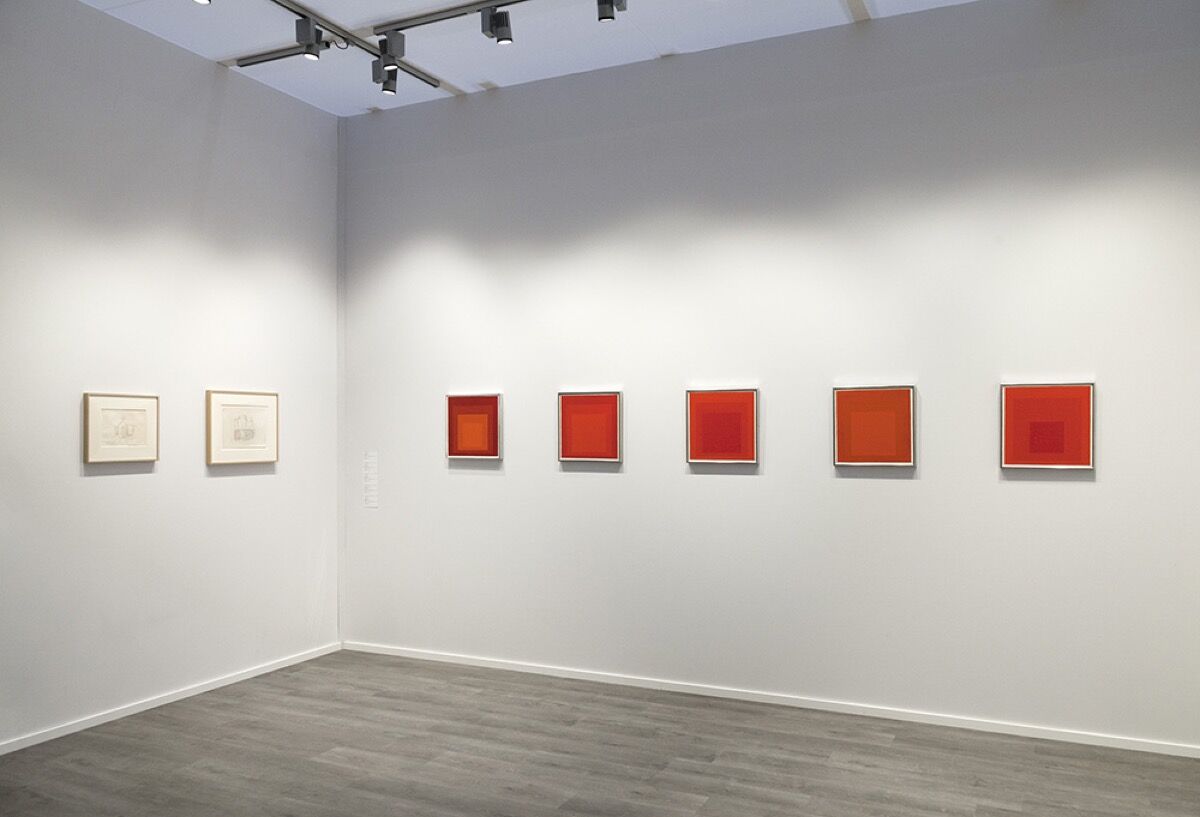 Among the works sold at Lisson were early ceramic work by
Mary Corse
for $450,000; one of
Carmen Herrera
’s “Estructura” sculptures for $450,000; a work by
Lee Ufan
for $450,000; and a
Sol LeWitt
work on paper for $140,000. Logsdail, who was returning for a second time to TEFAF, added that it can be easier to sell work in TEFAF’s opulent environment, surrounded by multiple gigantic flower installations, roving oyster shuckers offering free oysters from Massachusetts, and enough free Ruinart flowing that the aisles start to smell like champagne.
“People bring very high quality things, and the price point is quite high, because it’s very civilized,” Logsdail said. “People feel taken care of here.”
Nearby, David Zwirner had brought work by
Josef Albers
—one of which sold for $1.75 million, another for $750,000—and
Giorgio Morandi
. And Peter Freeman, Inc. had put together a charming booth that gathered four centuries of trompe-l’œil, including
Roy Lichtenstein
’s Things on a Wall (1973). It was on reserve for $6.5 million, which would make it one of the fair’s more expensive transactions if the deal goes through. 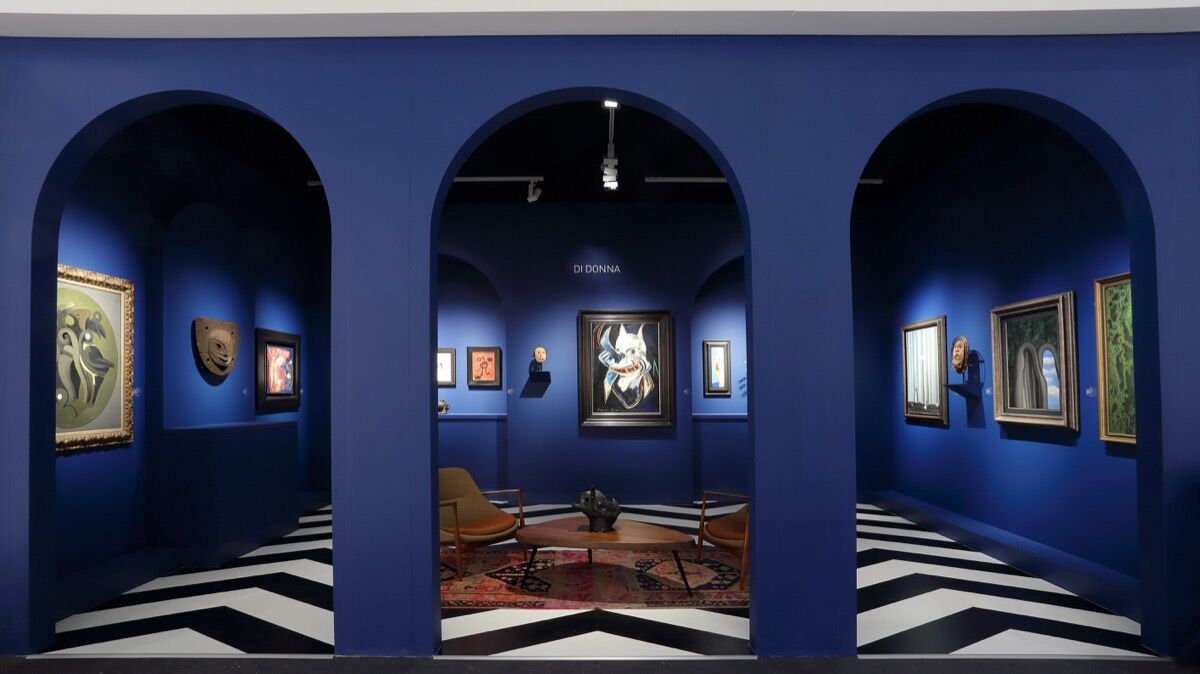 Around the corner was one of the more talked about booths, that of the Upper East Side’s Di Donna Galleries, which built a purple wall with three archways to host an extension of the show at the gallery space: an exploration of the
Surrealists
’s obsession with 19th and early 20th century Yup’ik masks made by Alaskan indigenous peoples. Proprietor Emmanuel Di Donna said that he sold one work in the opening hours and generated much interest in others—a testament to the fair’s ability to become a New York art market institution in just two years.
“I love that people keep on coming throughout the weekend, business people come at lunchtime—since it’s easy to access people come several times,” he said.
Next year, he said, he’ll be back.
“In in,” he said. “I’m a faithful customer.”
Nate Freeman
Related Stories