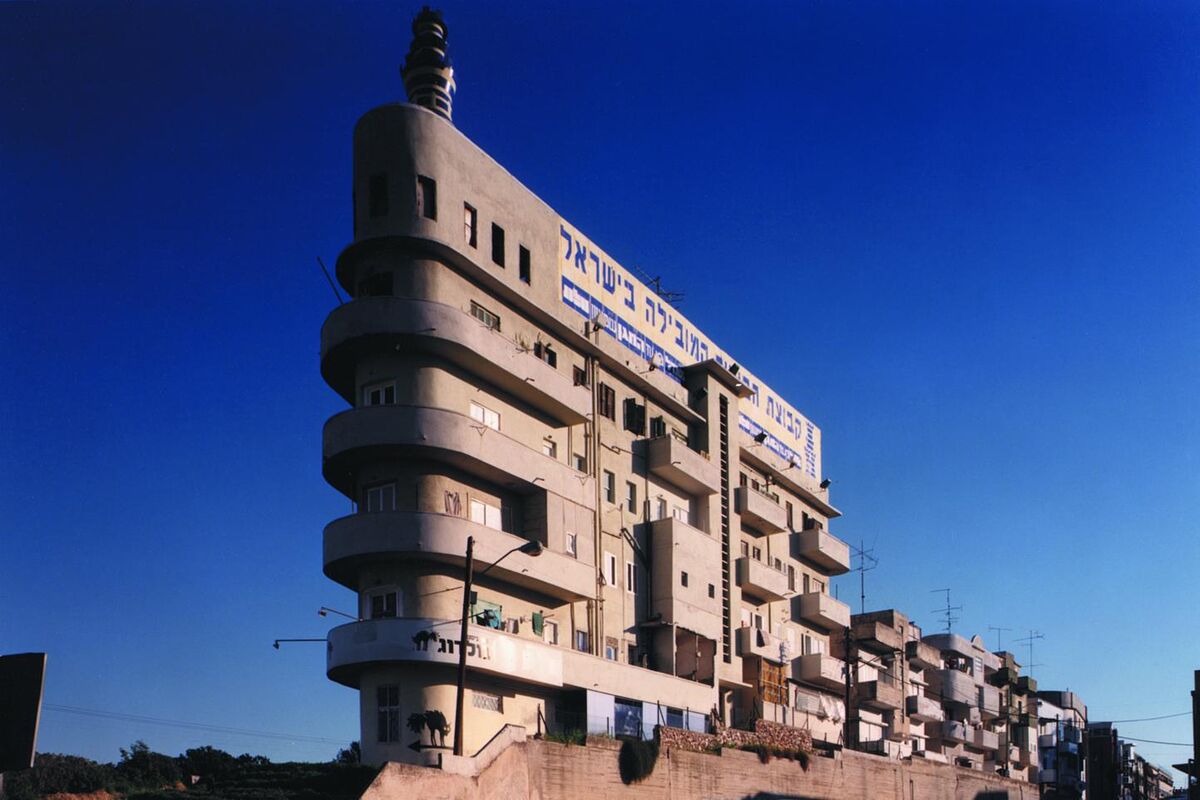 The Tel Aviv coastline is crowded with a mishmosh of skyscrapers, Ottoman-inspired villas, and four-story cubes painted a sunlight-reflecting shade of white. Eclecticism is synonymous with the city, whose architecture matches its melting pot of residents. But in a place where stylistic jumble is the standard, one strain stands out as the defining architectural aesthetic and a beloved household name:
Bauhaus
. Even Tel Avivians with limited design backgrounds will proudly tout that their city is a Bauhaus destination.
But given Tel Aviv’s distance from the Bauhaus’s German birthplace—both geographically and culturally—how did Israel’s cultural capital become such a stronghold for Bauhaus design?
When the Nazis shut down the Bauhaus school in 1933, they believed they were nipping its “degenerate” influence in its minimalist bud. The Nazi party rejected the German art academy’s love of new technologies and tenets of “less is more,” “form follows function,” and avoidance of ornamentation; instead, they favored a return to classicism (illustrated by the art they chose to loot across Europe). But shuttering the school had the opposite effect: It launched Bauhaus design ambassadors into a worldwide diaspora, allowing modernism to take root outside Germany. 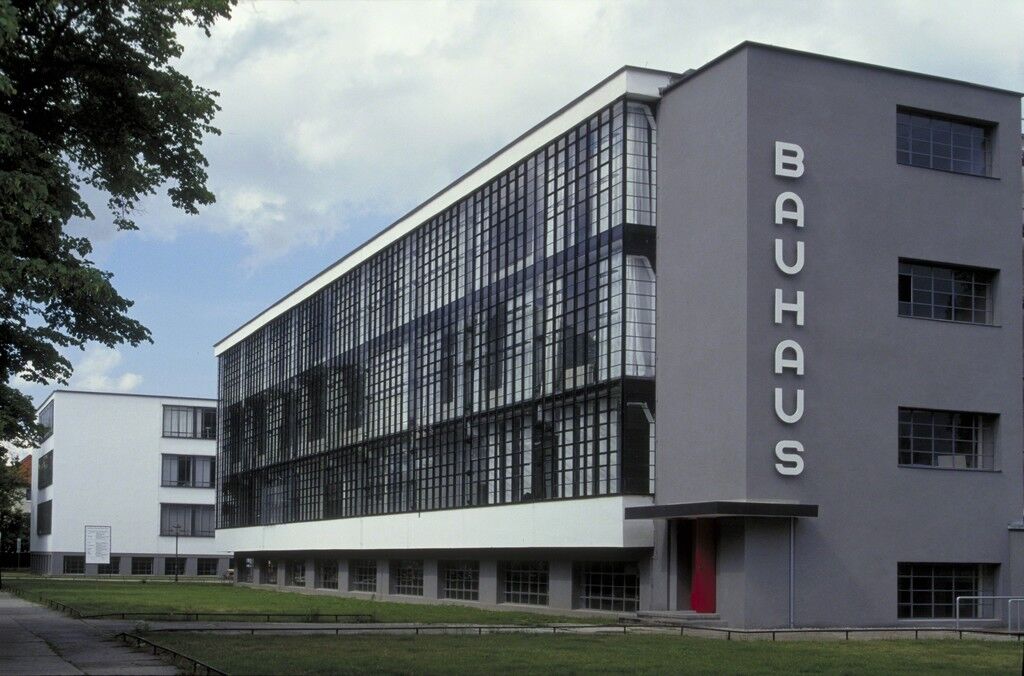 Walter Gropius
Bauhaus, 1925-1926
The Bauhaus Dessau Foundation, Dessau
All three directors of the Bauhaus were architects who spread the gospel of the sleek and streamlined
International Style
, after leaving Germany at different points during the 1930s. Founding director
Walter Gropius
became head of Harvard University’s graduate architecture department; the second Bauhaus director, Hannes Meyer, taught in the USSR; and the third,
Ludwig Mies van der Rohe
, led the architecture department at Chicago’s Illinois Institute of Technology.
The 700 total students that enrolled at the Bauhaus during its short 14-year existence dispersed globally, too, including four architects—Arieh Sharon, Munio Gitai Weinraub, Shmuel Mestechkin, and Shlomo Bernstein—who moved to British Mandatory Palestine in the 1930s. There, they found a rare opportunity, a modernist architect’s dream: the chance to shape a 20th-century city almost from scratch, serving thousands of newcomers in need of housing and urban amenities. That city was the newly established Mediterranean metropolis of Tel Aviv.
As a result, the city now boasts more than 4,000
International Style
structures, one of the largest concentrations in the world. “There’s a treasure here,” says Nitza Szmuk, a Tel Aviv–based architect who conducted a citywide survey in the 1990s that identified the exact number. Szmuk also included 1,000 notable designs in a proposal that earned the city UNESCO World Heritage Site status in 2003 for being “a synthesis of outstanding significance of the various trends of the Modern Movement in architecture.” 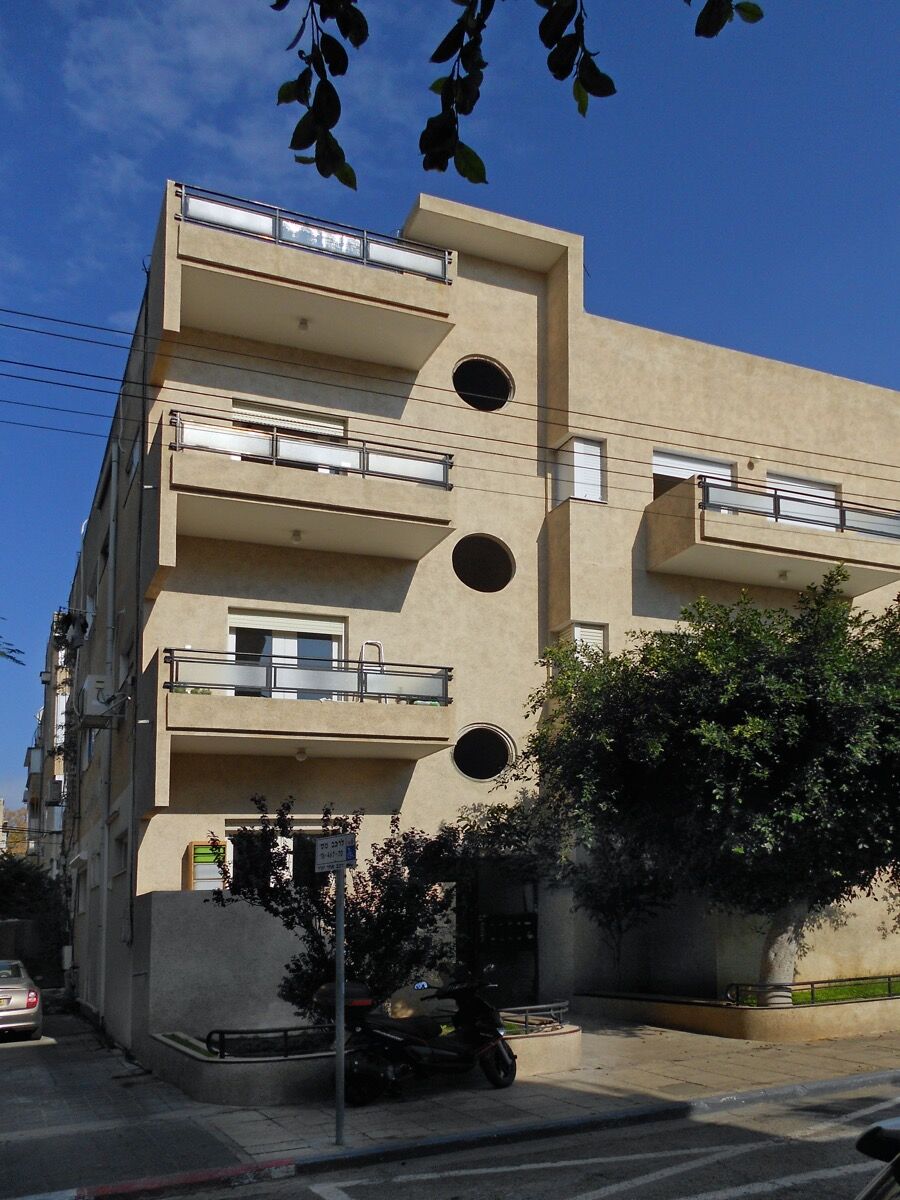 Advertisement
Locally dubbed “The White City” for its pearly plaster veneers, the cluster of buildings arose from a unique combination of circumstances. It was partially a happy accident: An urgent demand for housing overlapped with the style’s popularity. “[Tel Aviv’s adoption of the International Style] was a historical coincidence,” Micha Gross, co-founder of the Bauhaus Center Tel Aviv, told Artsy. “During the years Tel Aviv was being constructed, the International Style in architecture was ‘in.’”
Modernist architecture also appealed to the large influx of German Jewish immigrants who, like the members of the Bauhaus, fled the Nazis’ rise to power. For these newcomers, many of whom had to leave significant assets behind, low construction costs that didn’t sacrifice style were a major draw.
“One thing that made it easier to adopt the International Style in Tel Aviv was the fact that it was very simple, for a society that couldn’t afford affluence,” Eran Neuman, an architecture professor and the curator of a recent Arieh Sharon retrospective at the Tel Aviv Museum of Art, explained to Artsy. “On the one hand, it was pristine; on the other hand, you didn’t need a lot of money to build an International Style building.” No decorative tiles or ornamental plasterwork meant cheaper construction that could be executed by less-specialized craftsmen. 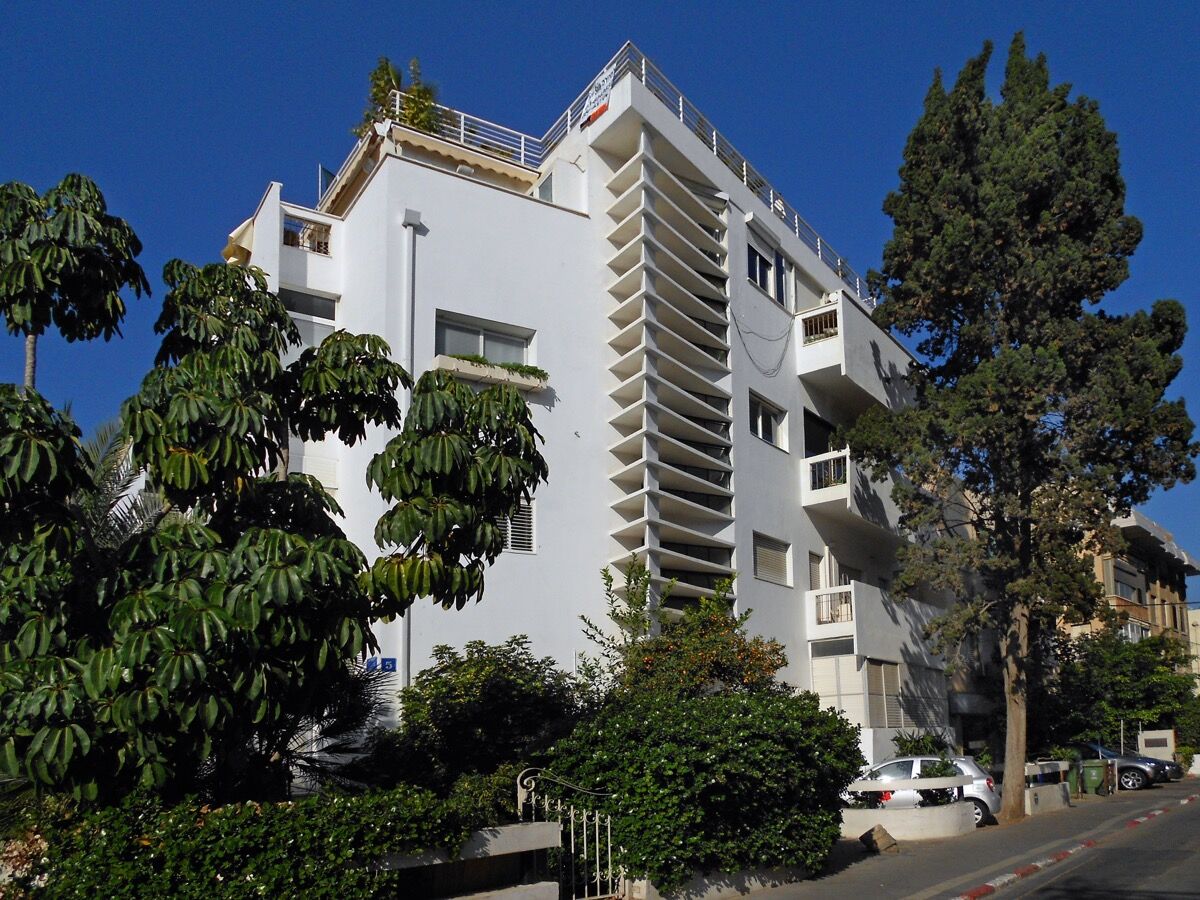 And the communal ideals of the Bauhaus—which aimed to break down barriers between fine artists, craftsmen, and manufacturers—resonated with Tel Aviv’s mostly working-class founding generation, who wanted architecture that reflected egalitarian values. “Architecture is, in a sense, the mirror of society,” Sharon wrote in his book Kibbutz + Bauhaus: An architect’s way in a new land (1976). “But it should not be only a reflective, passive mirror, but also an active, guiding force, directing future development of the community.”
Sharon used architecture to forge community in his crowning achievement of the 1930s: the Cooperative Workers Residences (1933–35) in central Tel Aviv. The U-shaped housing complex, whose inspiration has been attributed to the Gropius-designed Bauhaus dormitories in Dessau, included many shared spaces for residents to meet, including an inner courtyard, a kindergarten, a ground-floor grocery store, an assembly hall, and reading rooms.
The majority of Tel Aviv’s International Style buildings didn’t recall their Bauhaus predecessors, though. For the most part, Tel Aviv architects adapted the International Style to the city’s harsh Mediterranean climate. Glass use was more limited in Tel Aviv, in order to reduce the potential greenhouse effects of the strong Middle Eastern sunlight. The horizontal ribbon windows that graced European International Style buildings were replaced with dramatic balconies, creating horizontal lines that broke up otherwise geometric exteriors; while they functionally allowed for shade and ventilation, they were also a sneaky form of embellishment, since the striking shadows cast by the balconies ornamentally shifted throughout the day. A tour guide at the Bauhaus Center Tel Aviv, Elisa Wexler, emphasized: “Bauhaus in Tel Aviv is a Tel Avivian Bauhaus.” 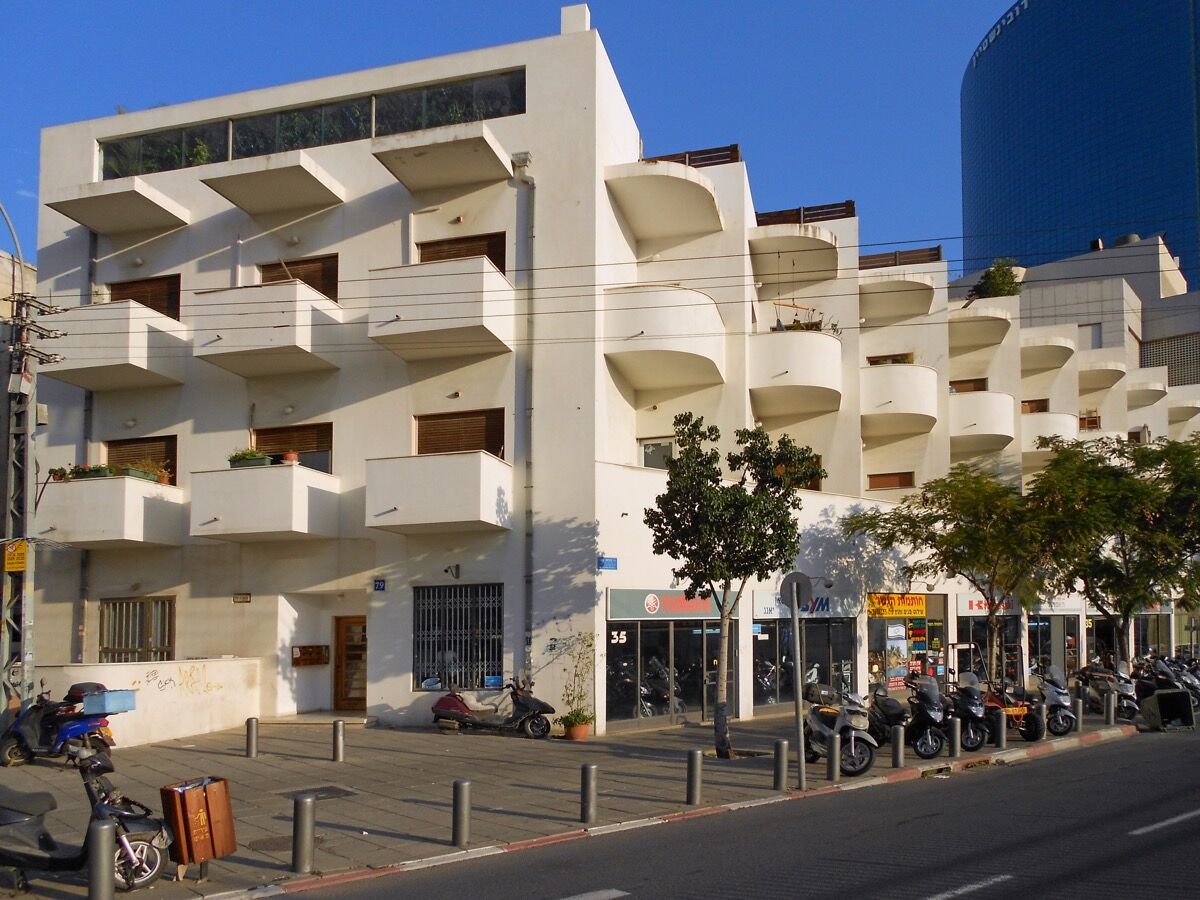 When the Nazis expelled the Bauhaus from Berlin, they couldn’t have imagined that the school’s design aesthetic would find a warm embrace in the outstretched terraces of the first modern Jewish city.
“A breach has been made with the past, which allows us to envisage a new aspect of architecture,” Gropius wrote of the beginnings of the International Style in his book The New Architecture and the Bauhaus (1965). For Tel Aviv’s pioneering generation, which severed ties with birthplaces in Europe, North Africa, the Arabian Peninsula, and beyond, the International Style helped sketch blueprints for a new future.
Karen Chernick
Related Stories

The Forgotten Story of “Mrs. Bauhaus” 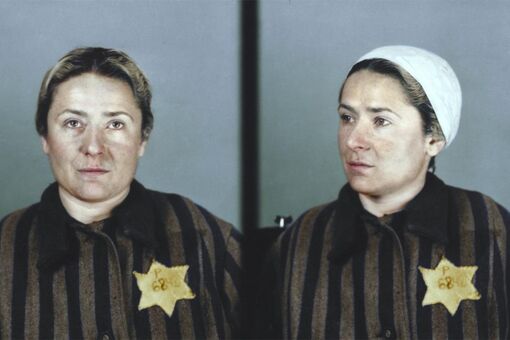 Auschwitz Photographs Hidden from the Nazis Are Given New Life in Color
Laura Mallonee
Nov 26, 2018 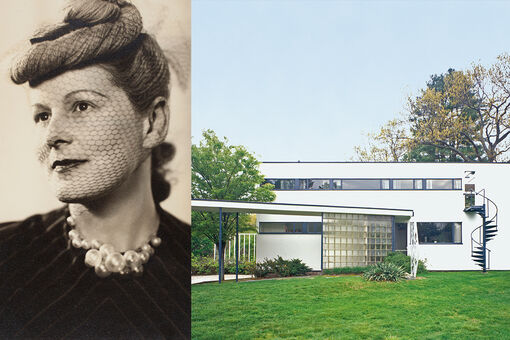 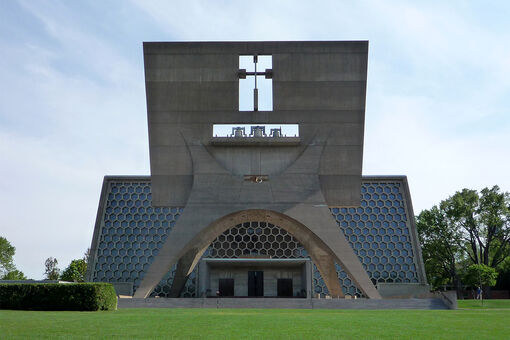