Thaddaeus Ropac on Why We Can't Give up on Galleries The art world has changed tremendously during my career, with technological advancements and the proliferation of art fairs creating new means of accessing, experiencing, and acquiring art on a global scale. Some of my colleagues tell me they do two-thirds of their business at fairs; other dealers are foregoing permanent gallery spaces altogether.
Despite these upheavals, I believe that gallery spaces must remain a central component of the art ecosystem. These are the spaces in which art deserves to be shown, and where it is best shown. To move away from creating and programming these spaces that help artists express their visions would be a mistake. I firmly believe that they remain central to galleries safeguarding their success, and their future as viable businesses too.
In my own experience, the environments created by galleries honor and respect the work of artists. We make the utmost efforts to create exceptional spaces, down to the minutest detail. That often means special floors and walls that support the works, perfect lighting, and a contemplative feel and atmosphere.
While there is now a generation of artists who prepare works specifically for a fair, most artists still want to create art for a gallery space or a museum space. In fact, I think artists have become increasingly space-minded. For
Antony Gormley
, for example, the space in which his works will be shown is a major concern for him as an artist; he studies the space with such care that he will only do a show with a particular space in mind.
Anselm Kiefer
, too. For his exhibition at our Pantin gallery, he visited several times as he was creating his new works, curating the exhibition as he worked accordingly. He looked very precisely at how viewers approach the gallery spaces, and how each of the four spaces flow and relate to one another. Likewise
Ilya and Emilia Kabakov
. When we were planning their exhibition, they would travel over to Paris all the way from New York to study the gallery’s interior to be sure their art would work in the exhibition space. 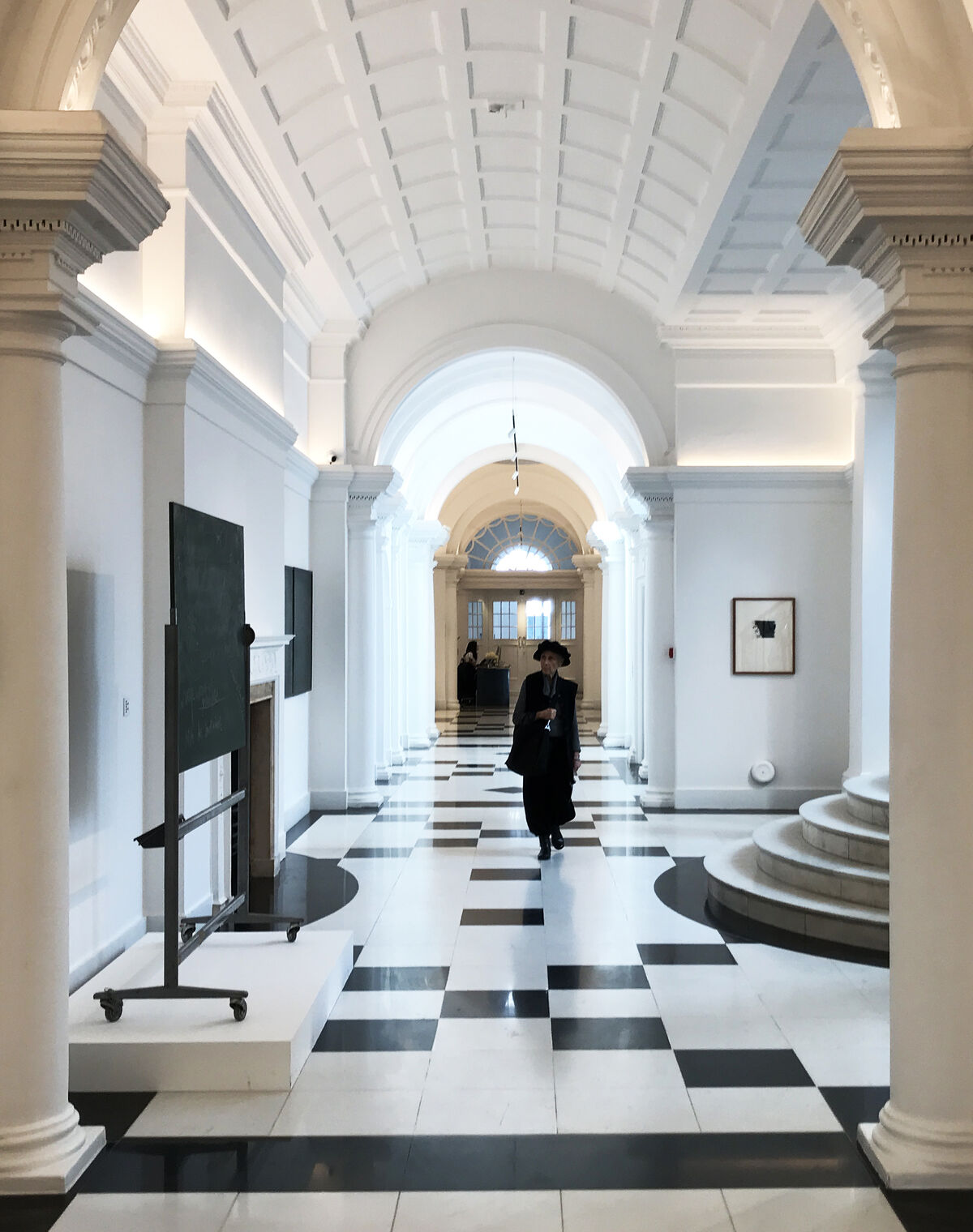 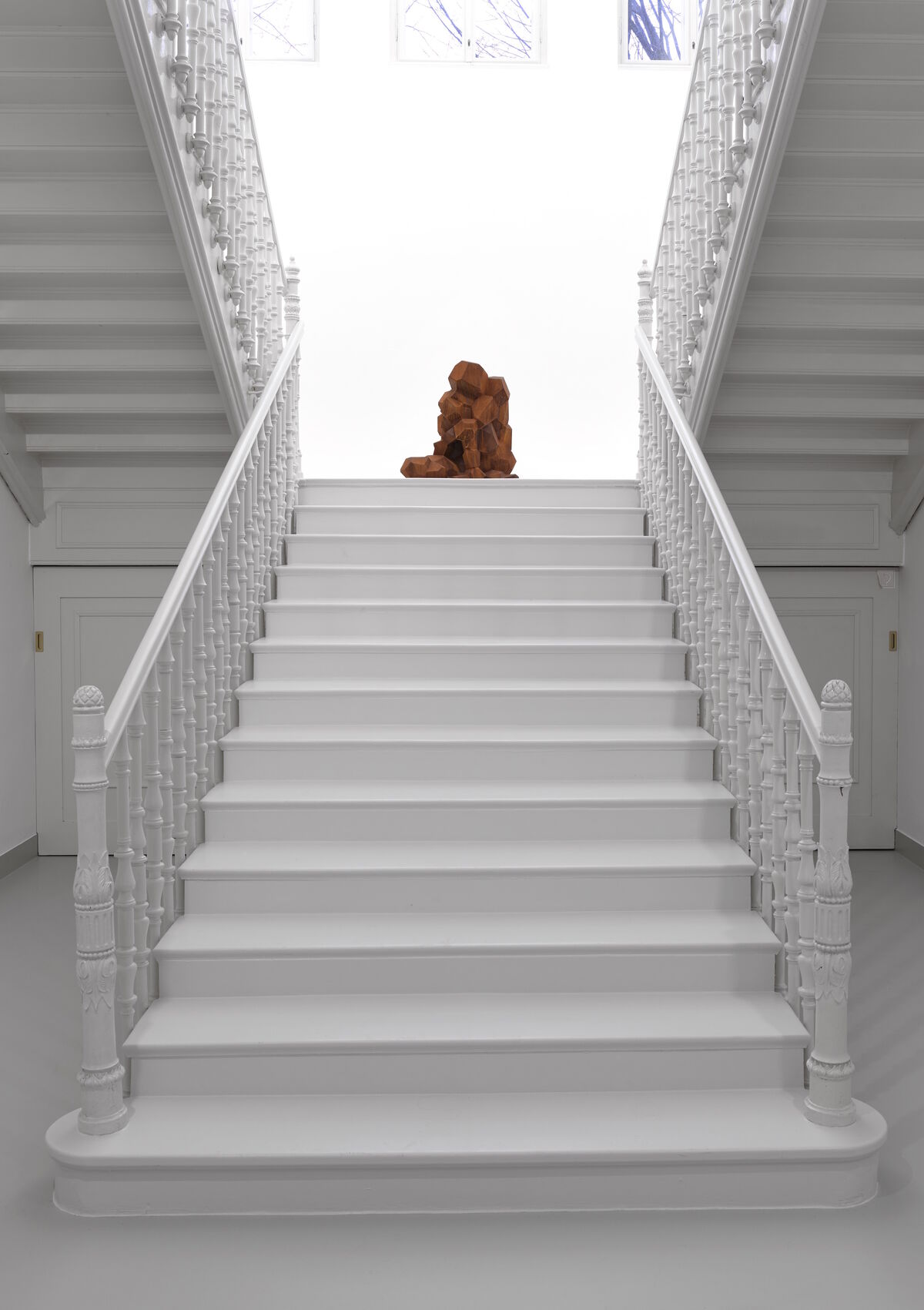 Sometimes it’s a challenge to place the works as a result of these spatial concerns, because not everyone can accommodate the works, but it’s a good challenge. It’s also a compliment to the gallery that the space became part of the creative process, deemed by the artists to be the right environment to present their work.
The limits of a gallery are also clear: In a time when the art world is increasingly international, a space in one city can feel geographically limited, while art fairs offer global reach. Art fairs offer many opportunities and important ways to make connections—with collectors, curators, museum directors—and to learn, since each fair has, to a varying extent, a different offering and a different audience. While fairs are an important part of the art world ecosystem, they should remain an addition to what gallerists do through their gallery spaces.
For my gallery, the fairs are important. But three-quarters of our business continues to be done in the galleries, and I’m happy to keep it this way. When we have a major gallery show on the horizon, we prefer not to offer one of the works at a fair. One of the reasons is that we want to incentivize collectors, and especially new collectors, to come to the gallery. There, they will see the work in the context that the artist envisioned, and become part of that artist’s universe.
I am fortunate that today, several of my galleries are in London and Paris, cities people frequently visit. But I have seen my colleagues start galleries in remote locations, such as Galleria Continua in San Gimignano, Italy, and create a global following and a reputation on the strength of the artists and the exhibitions they have mounted. I opened my first gallery in the 1980s in Salzburg, Austria, a small city bordering the Alps, and it still operates there successfully.
At that time, I made sure the exhibitions had a certain relevance, hoping that would get people to travel to them. For the early shows I did with
Jean-Michel Basquiat
, he came to Salzburg not because I was immediately successful in selling his works, but because I totally believed in him and we went on a journey together.
Joseph Beuys
’s exhibitions were exceptional events. Word spread about them and people travelled to them. That’s not to say that it was mainstream, because the art world then was more insular. But without art fairs, people who cared about contemporary art were more driven to come to galleries. Advertisement
After four or five years of running my Salzburg gallery, we reached a tipping point. A 1988 show of
Georg Baselitz
received a strong reaction from people who saw it, and Austrian collectors began to buy. These collectors, like the artists, had grown with the gallery. They had watched for a while, and become part of the community that each gallery develops around their artists. Then when they had the money to spend, they knew how this art could make a real difference to their lives.
Today the art world is more inclusive, which is a wonderful development. So many more people are learning about and growing up with contemporary art. But despite the broader audience and the greater ease of connecting with them, the first years of running a gallery remain very difficult. When you have artists who aren’t yet known, it is always hard. But the model remains the same: Work with a group of artists and grow with them.
Of course, it’s difficult for smaller galleries with the high overheads of running a gallery (not to mention the costs of attending fairs, something some colleagues and I have recently said we are happy to help subsidize). But I feel if you create the best shows you can, and program complementary events that deepen the experience of your exhibition in interesting ways or inspire people to see the works in a new light, you get the traffic. People will attend because they just don’t want to miss out, because you have made the experience at your gallery unique, and because they understand that access to art is very precious. Art as an experience enhances life, and we as gallerists help provide access to art. That is very special.
Ultimately, as gallerists of all sizes and ages know, art deserves spaces that are less fleeting than fairs. In the galleries, we can create memorable happenings to which a curator has brought all of her or his insights; that excite collectors; and that serve the artists and their work. Today, more than ever, artists need protection; when everything is so public, we need to be even more careful about how they are exposed to the market. Our artists give their best. When we show their works, their entire world is within the walls of our galleries. This is something we need to protect.
Thaddaeus Ropac
Related Stories