Artsy Editors
Dec 20, 2015 7:00am
2015 has been a record-breaking year for the art market. Buyers remain willing to spend unparalleled sums, with focus remaining predominantly on works from Modern, Contemporary and Post-War categories. Christie’s heavy use of lot guarantees (the promise of a certain minimum price to the artwork’s consigner) allowed the house to bring in many of the biggest numbers this year. They sold eight of the 10 most expensive lots listed below and notably achieved the first ever $1 billion week by a single auction house at Christie’s New York in May.
With every work in the year’s top 10 surpassing the 50-million-dollar mark, it’s easy to see this figure as the new normal. Some warn, though, that these figures—concentrated to the New York sales—may not be an accurate representation of the global market, an observation which might be reflected in the houses’ annual reports. And despite record-breaking sales, none of the works to make it into the top 10 are by female artists, a disparity which should be addressed. 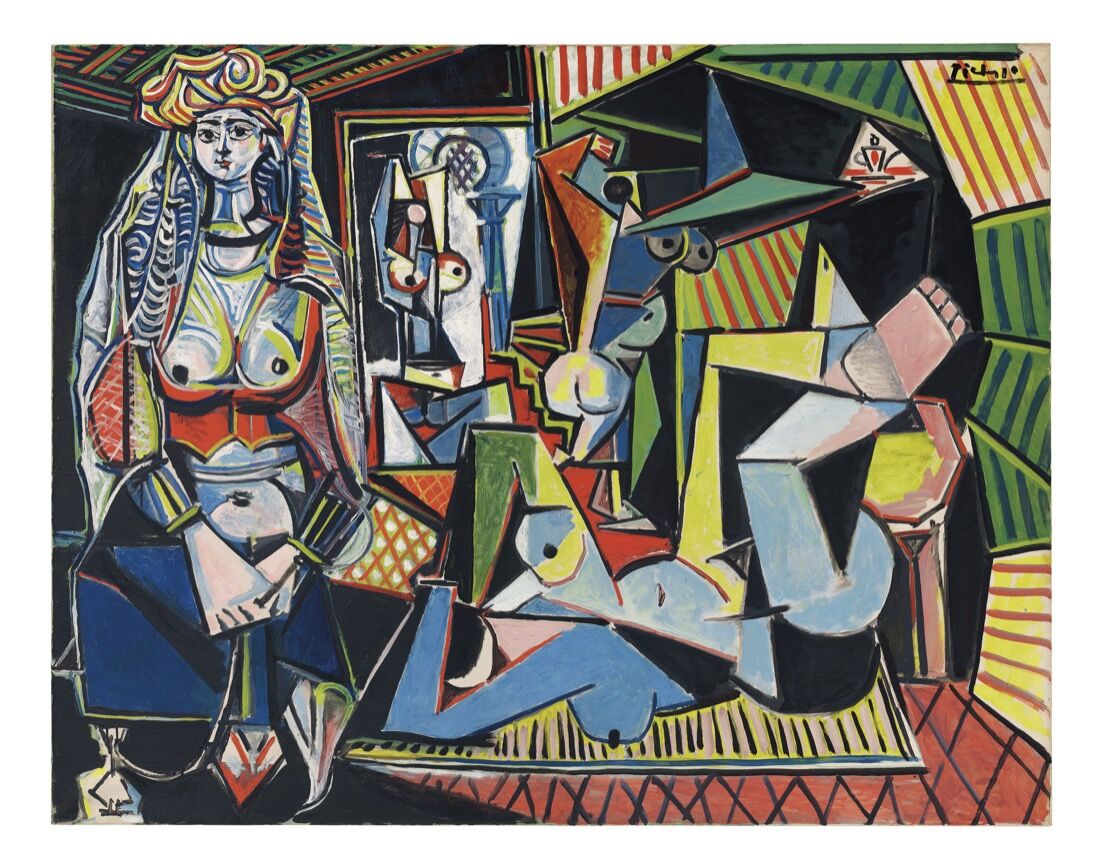 Advertisement
Playing to the market for trophy works, Christie’s presented Les Femmes d’Alger at its “Looking Forward to the Past” Post-War and Contemporary auction on May 11th. Following a bidding war by a pair of Christie’s employees on behalf of anonymous phone bidders, the work sold for $179.4 million, breaking the record for the most expensive painting ever sold at auction. The piece is one of Picasso’s most iconic works and is from a series of 15 variations on
Delacroix
’s Femmes d’Alger dans leur appartement (1834). Picasso began creating versions of the image (labeled “A” to “O”) in the weeks following the death of his contemporary, friend, and rival
Henri Matisse
. The work references the odalisque, a subject left to Picasso by Matisse, most evidently manifesting in the female nude at the bottom of the painting. 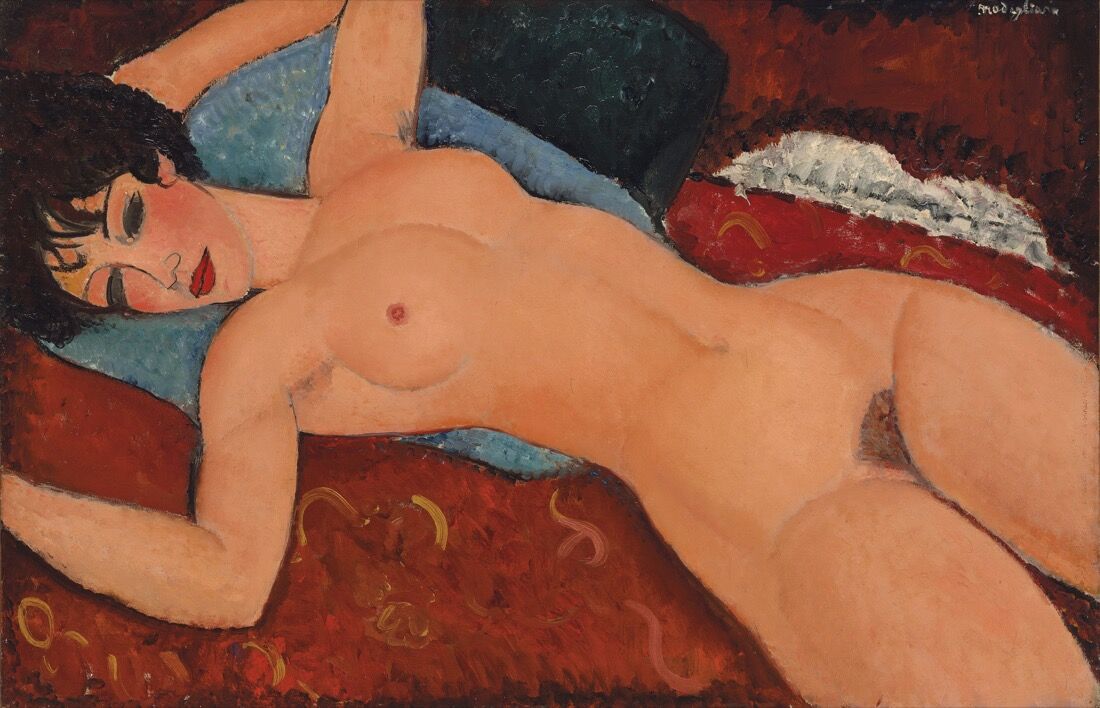 The sale of Modigliani’s Nu couché, at the “The Artist’s Muse” sale in November, marked the second-highest price ever paid for a work of art at auction. The painting’s new owner is Liu Yiqian, a taxi driver-turned billionaire, whose arsenal of pieces includes the Meiyintang “Chicken Cup.” As for Modigliani’s nude, six people locked horns, bidding for the lot, which sold in just nine minutes and marked Modigliani’s entry into the nine-figure club—joining the likes of Bacon, Warhol, and Picasso. The work, an ode to Modigliani’s defiance of war, is once again causing ripples, just as it did when first exhibited in Paris at Galerie Berthe Weill in 1917 to a gaping public. 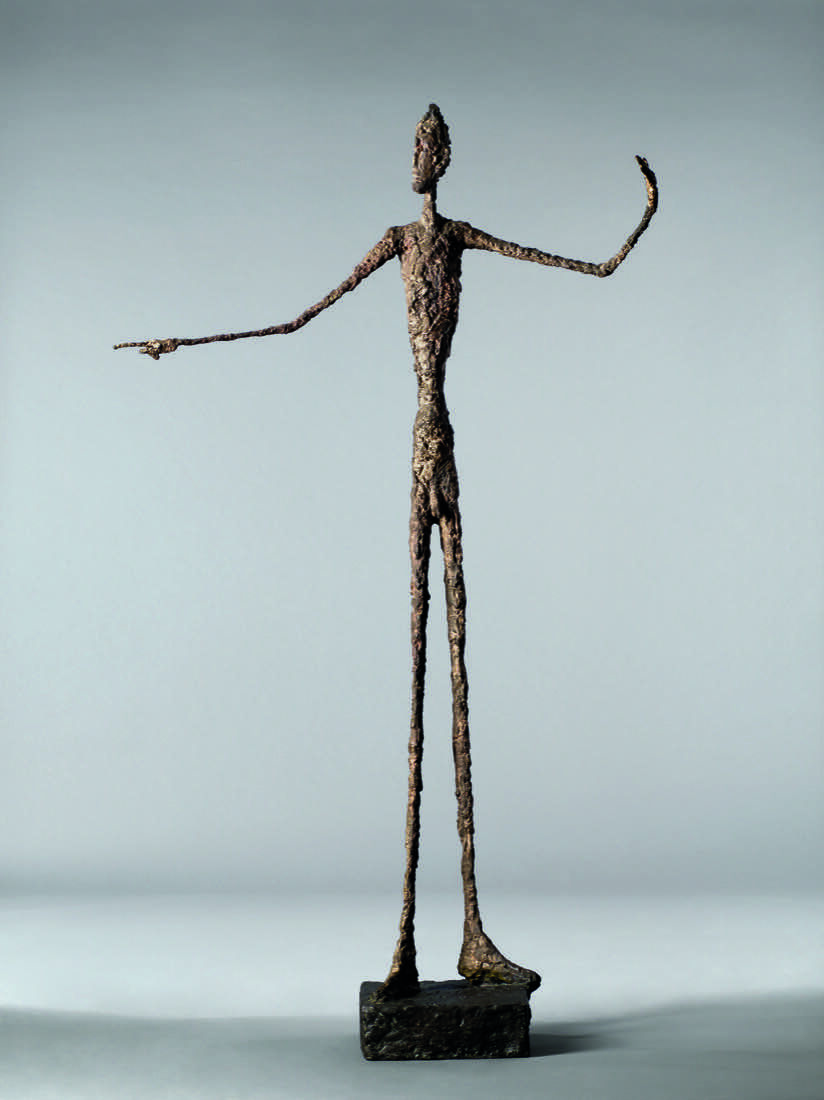 Giacometti’s bronze, L’homme au doigt (Pointing Man), sold for $141.3 million at the “Looking Forward to the Past” auction in May. The work set a new all-time auction record for the most expensive sculpture. It was the second sculpture by the artist to sell at auction for more than $100 million in the space of six months (Chariot sold for $101 million in November 2014). One of six casts—four of which belong to museums—the piece was made in one night for inclusion in Giacometti’s first exhibition at the Pierre Matisse Gallery, New York, in 1948. 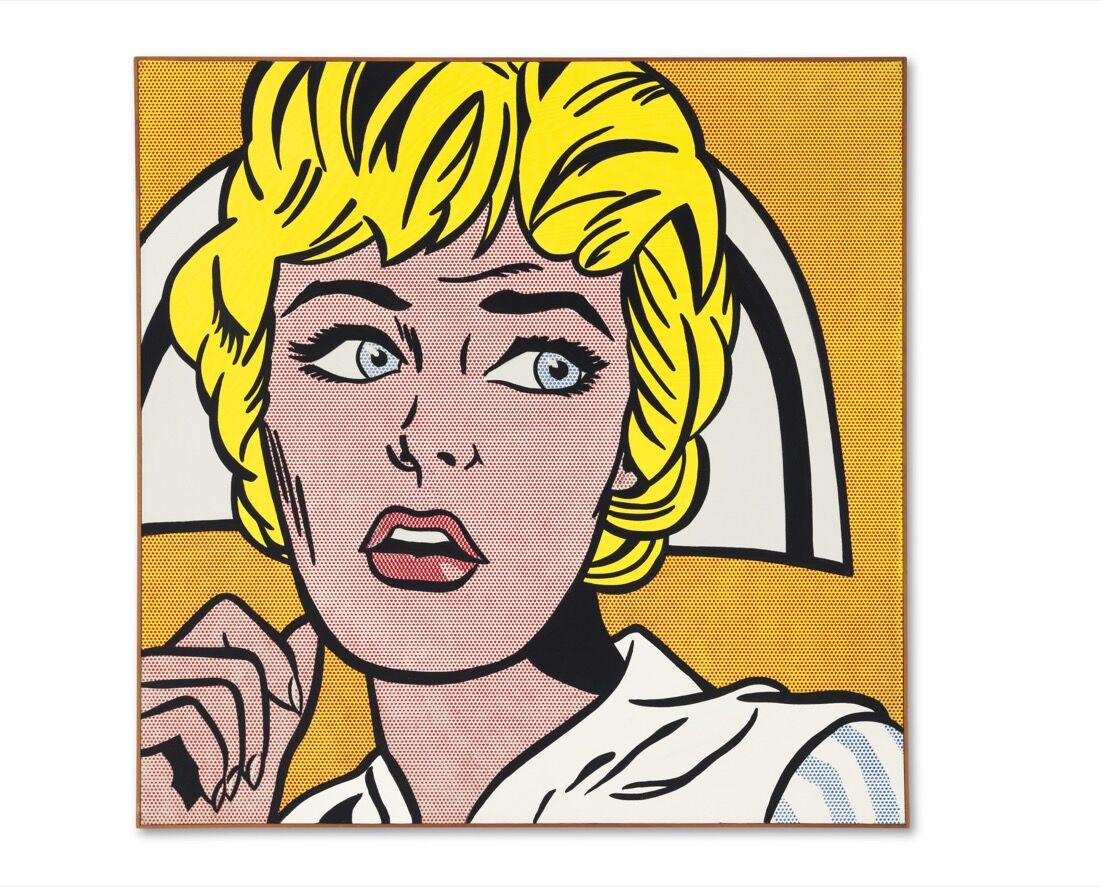 Despite the lack of a speech or thought bubble, which often hike up the price of Lichtenstein’s work, Nurse sold for $95.4 million, smashing the Pop artist’s auction record from 2013, when Woman with Flowered Hat (1963) brought in $56.1 million. Part of the “The Artist’s Muse” sale, Nurse was inspired by an image from a ’60s comic book and last appeared at auction in 1995, when it sold for $1.7 million. Described by Christie’s as “a quintessential Lichtenstein heroine,” the female subject is the ultimate femme fatale, with striking features highlighted by Ben-Day dots. 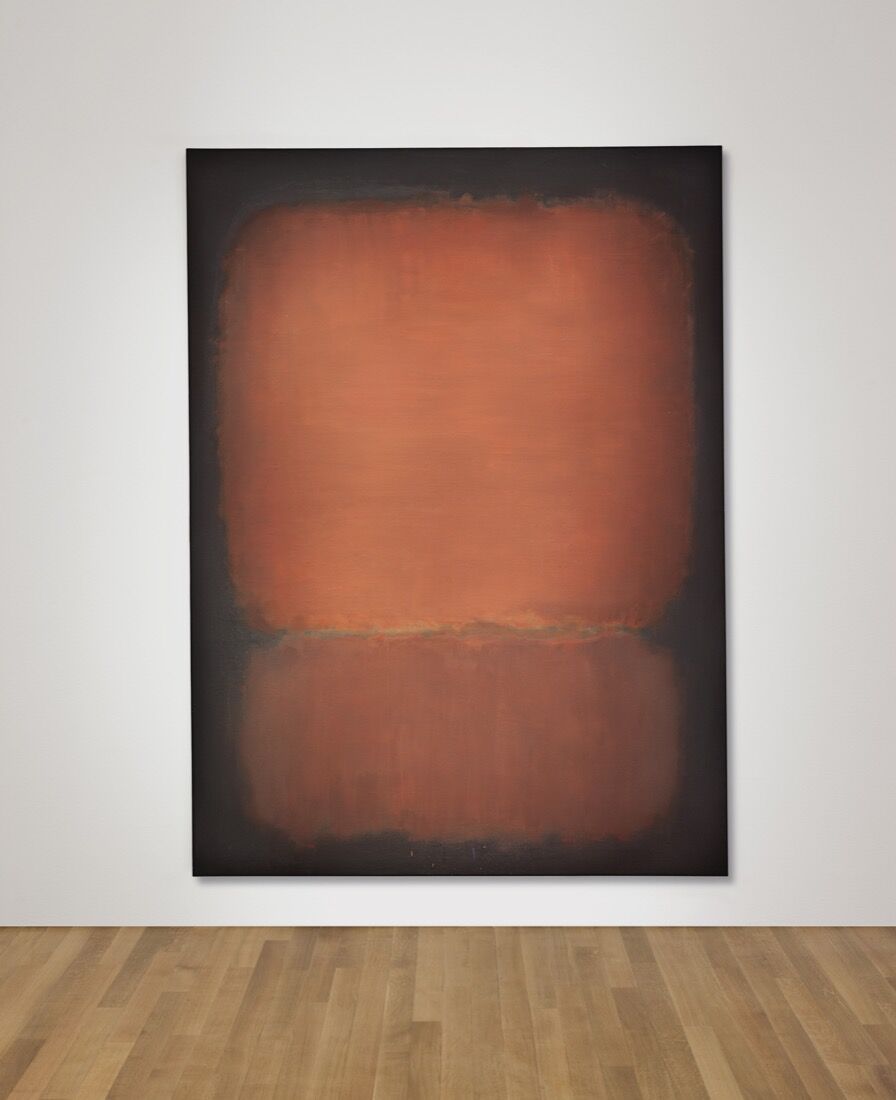 Seven bidders competed for Rothko’s No. 10, with ended up going for $81.9 million—the second highest figure for a work by the abstract artist, a founding father of the
New York School
. The work had been off the market for nearly 30 years, and Christie’s New York Post-War and Contemporary Art Evening Sale on May 13th marked its first time on public view since 1987. The painting, which exhibits the Rothko’s trademark patches of color, marked a shift in focus for the artist, whose use of dark, rusty hues was a definite contrast to his vibrant earlier pieces. 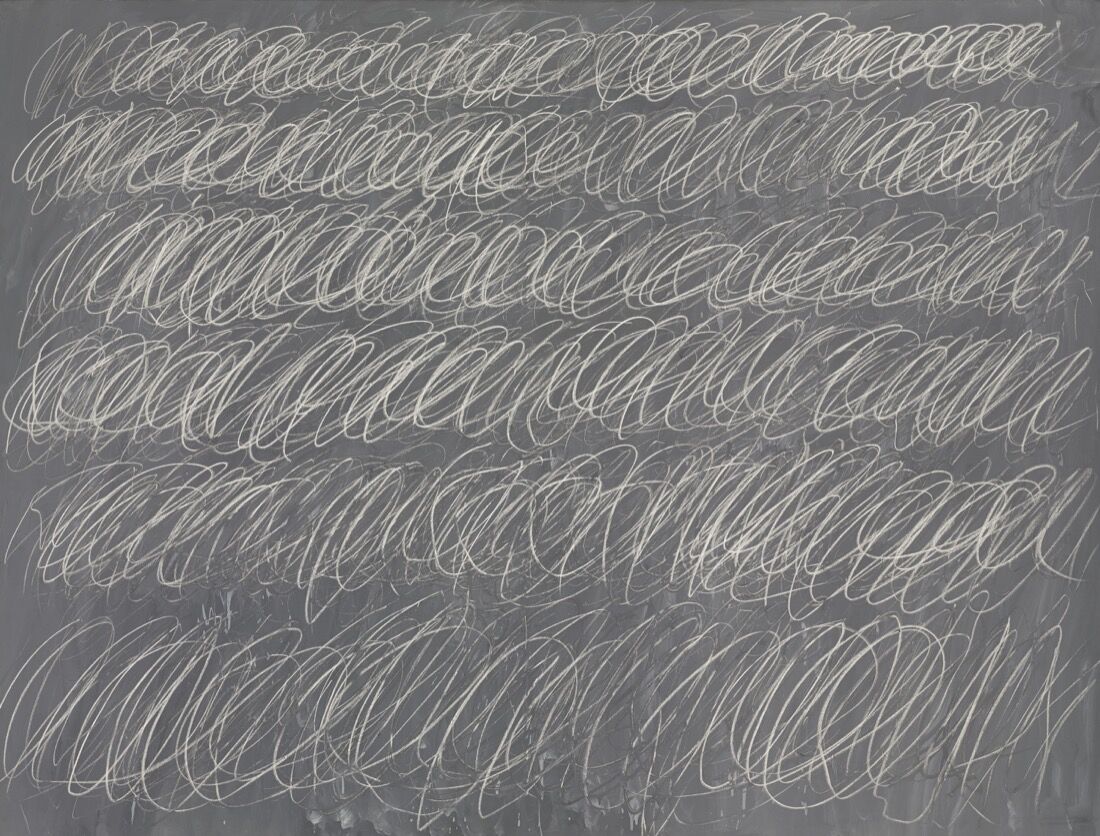 Twombly’s Untitled (1968), part of his “blackboard” series, broke the artist’s auction record during the Sotheby’s Contemporary Art Evening Auction on November 11th. The piece exceeded its presale estimate of $60 million to become the most expensive lot Sotheby’s sold this year. It was offered by Audrey Irmas, a Los Angeles-based philanthropist, who will dedicate some of the profits towards the construction of an events center. The “blackboard” works, painted between 1966 and 1973, recall Twombly’s experience as a cryptologist at the Pentagon and are acclaimed for their use of grey, traditionally considered to be a difficult color for an artist to master. 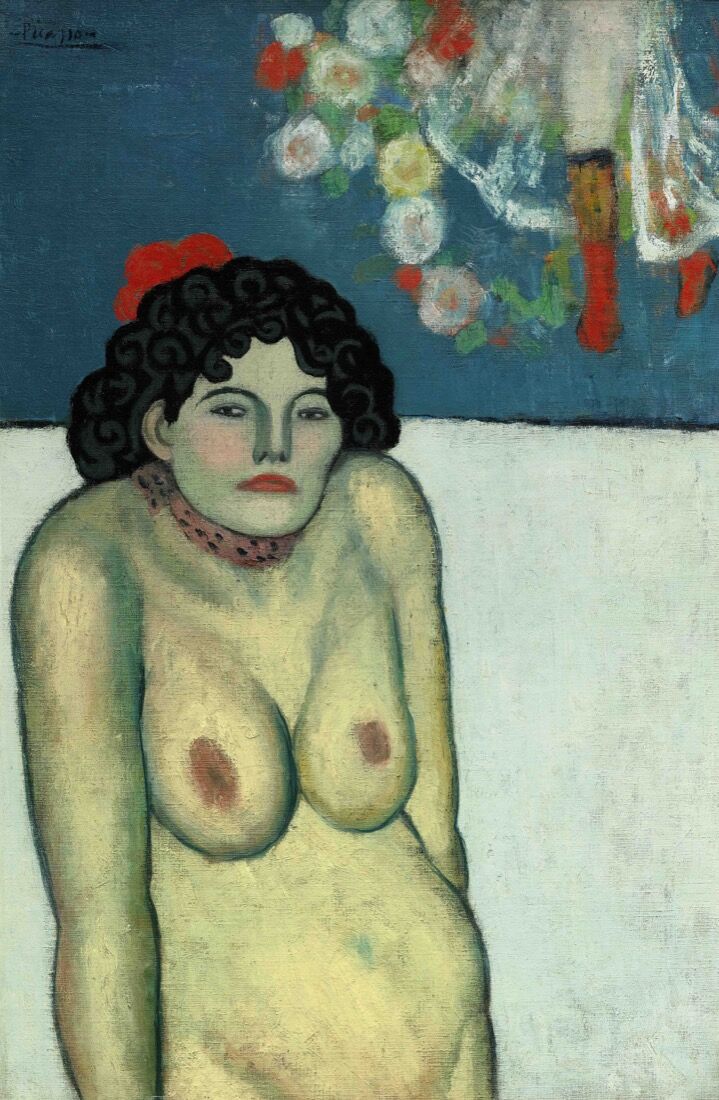 When collector and former owner of Picasso’s La Gommeuse, William Koch, began conservation on the work in 2000, the canvas lining revealed a crude portrayal of Picasso’s anarchist friend, Pere Mañach, urinating on the canvas. The image included the inscription “Recuerdo a Mañach en el día de su santo” (I remember Mañach on his Saint's Day), suggesting that Picasso gave Mañach the work as a birthday card. Painted at the start of Picasso’s Blue Period and following the suicide of Carlos Casagemas, the artist’s friend, the main image shows a nude cabaret performer, a product of the debauchery and tragedy which fuelled Picasso’s creative output. 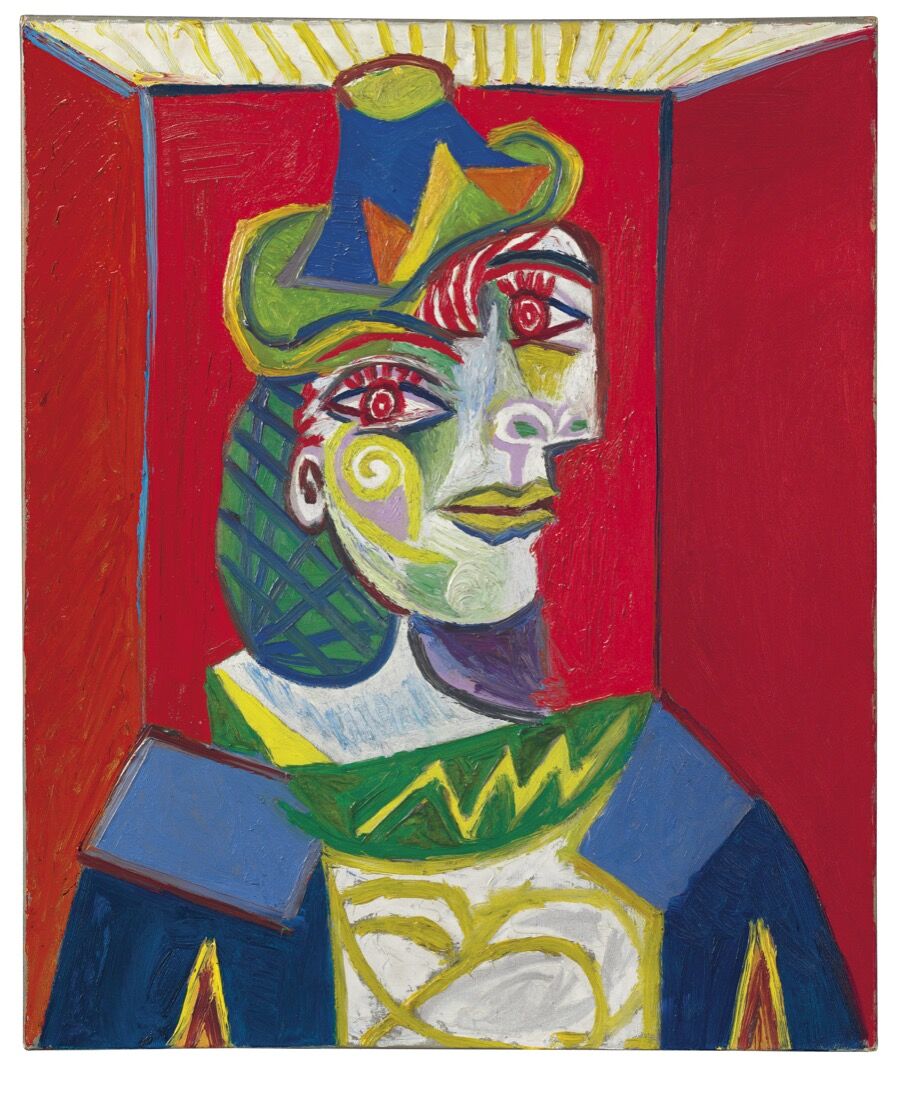 A portrait of Dora Maar, the artist’s lover and photographer, Buste de Femme (Femme à la Résille) became the third most expensive lot in Christie’s “Looking Forward to the Past” auction, which featured works spanning from 1902 to 2011. Consigned by casino magnate Steve Wynn and given a guarantee by the auction house, the piece exceeded its presale high estimate of $55 million. 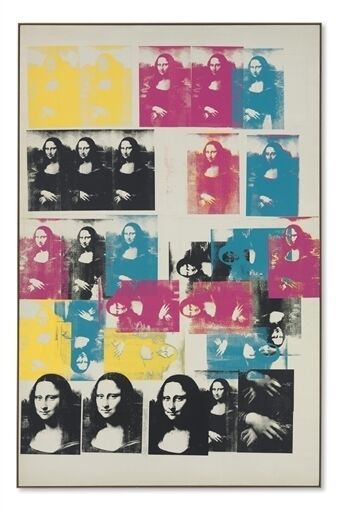 Andy Warhol
Colored Mona Lisa
Christie's
This silkscreen work was sold to Larry Gagosian at Christie’s Post-War and Contemporary Evening Sale in May. The piece features the image of the Mona Lisa, taken from a brochure, which Warhol adapted with his trademark Pop Art style, using colors associated with the commercial printing process. Always market savvy, Warhol created the piece to capitalize on the hype surrounding the first time the real Mona Lisa (1503-1506) was loaned to a foreign nation (it was put on display in the United States in January, 1963). 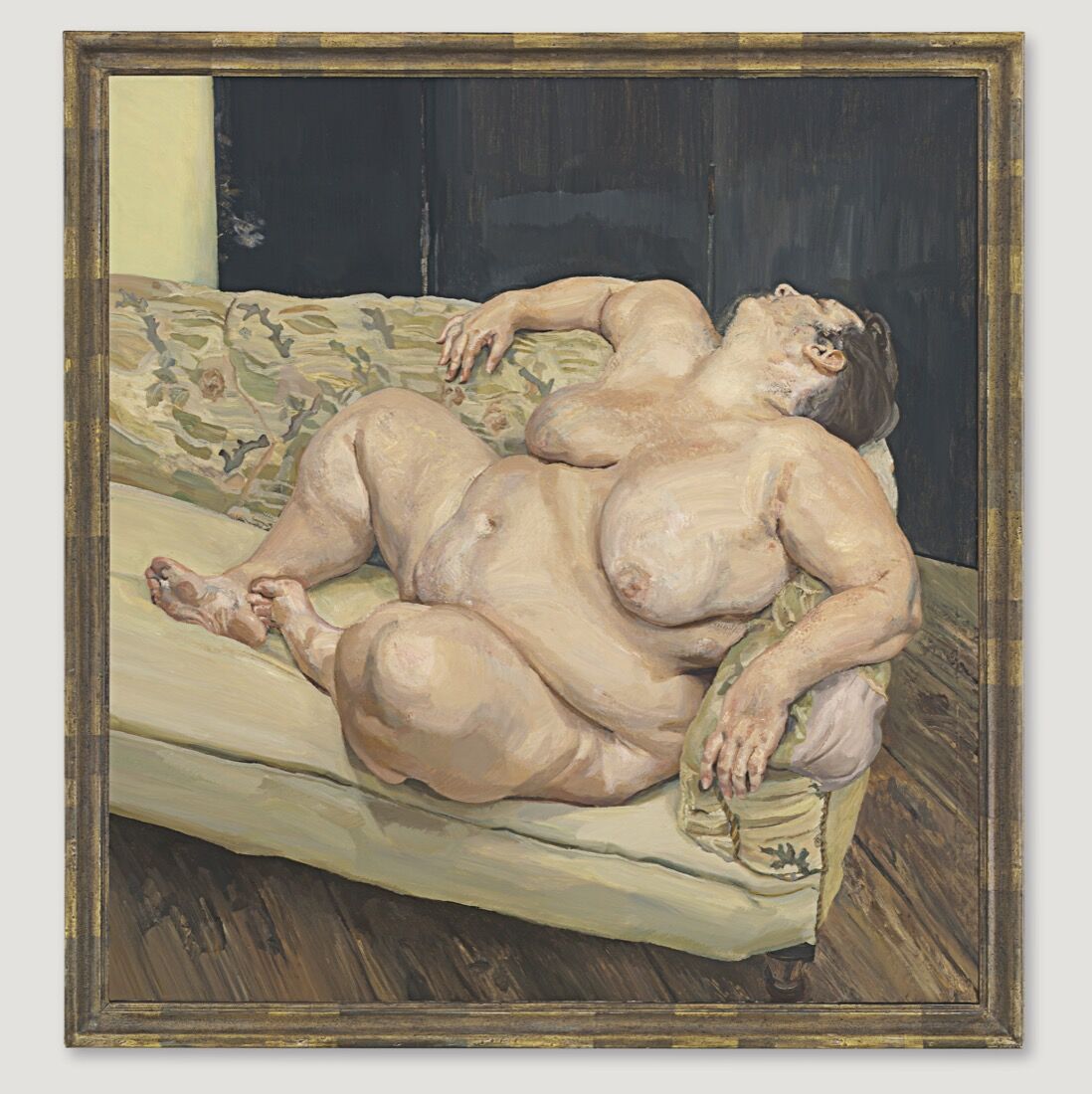 From a series of four works, the portrait of benefits supervisor Sue Tilley was sold to dealer Pilar Ordovas for an undisclosed buyer during Christie’s Post-War and Contemporary Art Evening Sale on May 13th. The sale, which surpassed the work’s presale high estimate of $50 million, marked an auction record for the artist. Previously, a painting from the same series, Benefits Supervisor Sleeping (1995), broke the record for the most expensive work by a living artist sold at auction when it fetched $33.6 million in 2008.
—Katharine Worley and Pierre Naquin
Further reading in Art Market