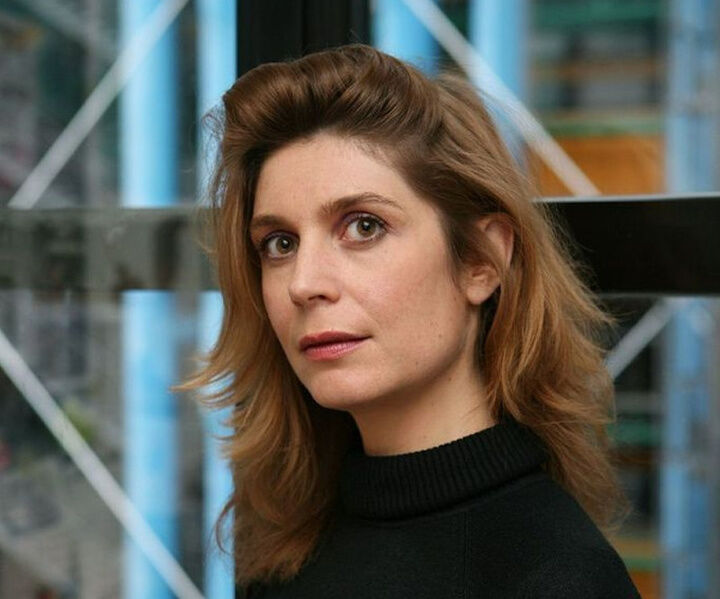 A counterfeit Rothko painted in Queens by Pei Shen-Qian (who has since fled to China) is at the center of a trial that began this week, pitting the family of Sotheby’s chairman Domenico De Sole against fallen gallery titan Knoedler & Company and its former director, Ann Freedman. The lawsuit alleges that Freedman, who sold the painting to De Sole for $8.3 million, either knew or should have known that the work was fake. Major art-world personalities, including MoMA chief curator emeritus John Elderfield, have taken the stand since Tuesday. Wednesday’s testimony focused on long-term Knoedler gallery employee Melissa de Medeiros, who reportedly frustrated the judge with vague answers. (via the New York Times, artnet News, and Art Market Monitor)

In a move that has been heralded as “a double honor, for France and for women,” last Saturday the Venice Biennale named French curator Christine Macel as the artistic director of next year’s 57th edition. Since 2000, Macel has led France’s Centre Pompidou as chief curator, organizing numerous important exhibitions—foregrounding artists including
Gabriel Orozco
,
Sophie Calle
,
Philippe Parreno
, and
Nan Goldin
—between the lines, the selection may suggest a desire for a more upbeat, potentially less political exhibition. (via Artsy)

In response to the passage of a Danish law that allows police to seize refugees’ valuables to cover the cost of care by the state, Chinese contemporary artist Ai Weiwei has shut down an exhibition of his work on display at the Faurschou Foundation in Copenhagen. Ai has spent the past several months on Lesbos, interacting with the refugees who pass through the Greek island. He told The Guardian: “I see thousands come daily, children, babies, pregnant women, old ladies, a young boy with one arm … I cannot co-exist, I cannot stand in front of these people, and see these policies.” Ai’s exhibition, “Refugees,” was due to close in April. (via The Guardian)

Christie’s announced on Tuesday that sales in 2015 totalled $7.4 billion, a 5% drop from last year—but also the second-highest total in company history. Impressionist and Modern art had a banner year, with sales up 47% to $2 billion. Post-war and contemporary sales, on the other hand, dropped 20% to $2.2 billion. Looking to 2016, deputy chief executive Stephen Brooks was optimistic about Asian and online buyers. Less encouraging is Christie’s decline in private sales, which dropped 43% since last year. (via the New York Times)

Thornton Dial, a towering figure in the history of art, passed away on Monday at the age of 87. Born in Alabama on a former cotton plantation, Dial was making his sculptures, assemblages, and paintings long before the art world discovered him. He was in his sixties by the time his work began appearing in museum shows. Prolific and untrained, the artist’s work drew heavily on the traditions of African-American Southern yard art and served as a bridge between folk and fine art. (via Artsy)

The numbers are in following the final standalone auction of former Sotheby’s chairman A. Alfred Taubman’s collection—the auction house stands $53 million short of the guarantee they offered the estate. President and CEO Tad Smith said after the first of the Taubman auctions in November that Sotheby’s was “on track to cover most of the total guarantee.”  The distinction of top lot went to Valentin de Boulogne’s painting The Crowning with Thorns (1615), which sold for $5.2 million, more than twice its high estimate of $2 million. However, prices for many of the other works never came close to their low estimates. (via Bloomberg and the Observer)

A sloppy repair of Pharaoh Tutankhamun’s gold burial mask landed eight employees of the Egyptian Museum in Cairo—including the former director and the chief of restoration department—in legal hot water. After accidentally knocking off its beard in 2014, several clumsy attempts to epoxy it back on scratched the 3,300-year-old mask. Although the damage was eventually corrected by a team of German and Egyptian specialists, this week prosecutors referred the employees to trial for “gross negligence.” The mask, one of Cairo’s most popular tourist attractions, was put back on display in December. (via The Guardian)

James Rondeau, currently head of the Art Institute of Chicago’s department of modern and contemporary art, will continue his 18-year-long stint with the museum—now as its president and director. The 46-year-old curator will take the reins from current museum head Douglas Druick on February 16th. During his time at the Art Institute so far, Rondeau oversaw the 2009 opening of the extensive new, Renzo-Piano-designed Modern Wing and helped to usher in a significant donation of 43 major modern and contemporary artworks from Chicago collectors Stefan Edlis and Gael Neeson valued at $400 million. The museum also announced this week that it has received the largest cash donation in the institution’s history: a $35 million bequest earmarked for new art purchases from staunch supporter and recently deceased Massachusetts collector Dorothy Braude Edinburg. (via the Chicago Tribune)

Skyrocketing rents might shrink the United Kingdom’s place in the global art market if they continue to climb, according to a survey of dealers at the London Art Fair this week. Fifty-three of 126 galleries responded that increasingly pricey real estate poses the largest threat to the country’s art scene, with local government funding cuts coming in second. Despite these concerns, the dealers’ outlooks remained rosy, with 85% confident that the art market will stay strong or even strengthen heading into 2016. (via The Art Newspaper)

Indonesia’s first museum exclusively for international modern and contemporary art will open its doors in Jakarta early next year, the latest addition to the country’s burgeoning arts scene. The Museum of Modern and Contemporary Art in Nusantara (an Indonesian term for the country’s archipelago), or Museum MACAN for short, is being bankrolled by Indonesian businessman Haryanto Adikoesoemo, whose personal collection of around 800 works will also serve as a resource for exhibitions in the 43,000-square-foot museum. Thomas J. Berghuis, former curator of Chinese art at the Guggenheim Museum in New York, will serve as the Jakarta museum’s director. (via the New York Times)
Make your weekend plans with our preview of exhibitions on view in cities across the globe.
Related Stories