The 5 Biggest Changes in the Art Market This Year 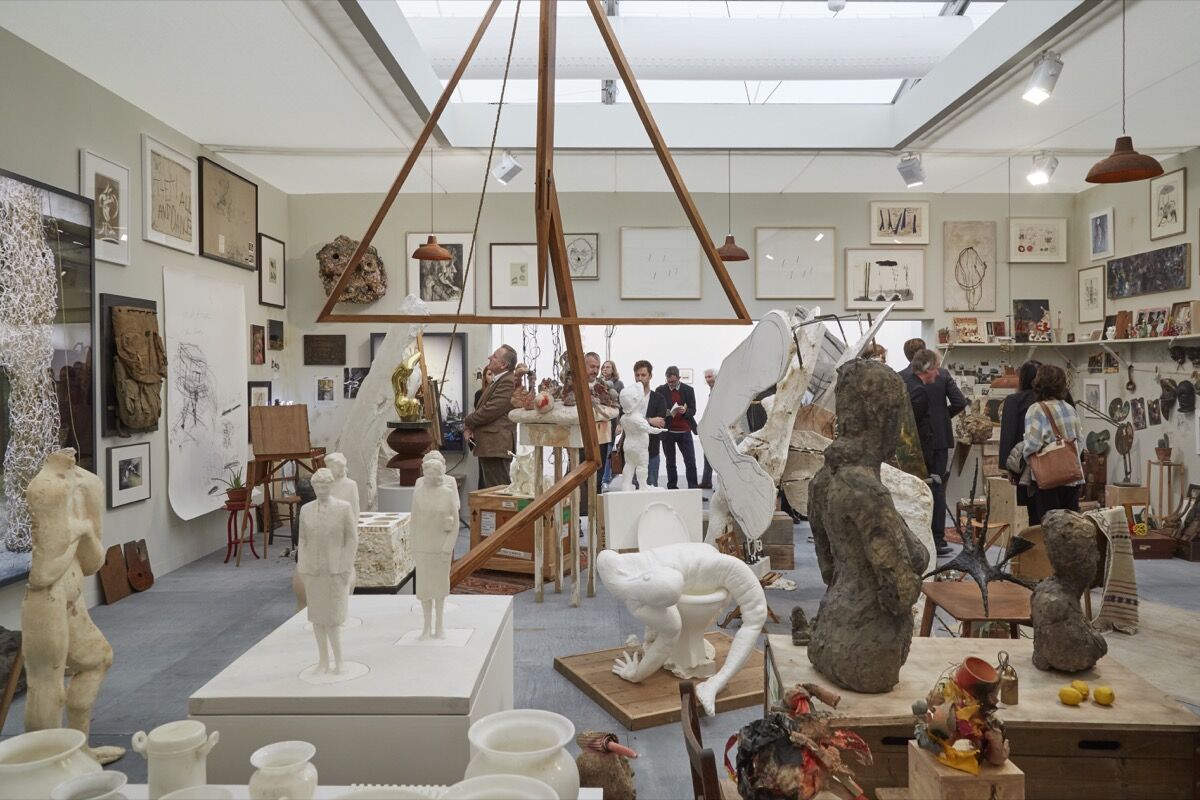 2016 will likely go down as one of the most turbulent in recent history, with the U.K.’s vote to leave the European Union and Donald Trump’s election to the U.S. presidency contributing to an increasingly uncertain global economic outlook.

It was not an easy year in the art market, either. There were a slew of high-profile staff departures at Sotheby’s, including heads of Impressionist, modern, and contemporary art departments. Some of them took voluntary redundancy as part of a cost-cutting drive instigated by the auction house’s new chief executive Tad Smith a year ago. Until this month, Christie’s had kept major departures to a minimum, but that changed with the announcement that Brett Gorvy, its international head of post-war and contemporary art, is leaving after 23 years to partner with the dealer Dominique Lévy, starting in January. Gorvy will, however, continue to work with the post-war and contemporary team at Christie’s “on specific exhibition projects and key consignments.”

Among other services, Lévy Gorvy gallery will offer “a new bespoke advisory”—a reflection of the increasingly blurred lines between auction houses, dealers, and advisers. According to a statement, their advisory service will “work very closely with artists’ families, foundations and estates,” which places them in direct competition with Gorvy’s former Christie’s colleague, Amy Cappellazzo. In January, Sotheby’s bought the art advisory firm Art Agency, Partners (AAP) for around $85 million to create a new Fine Art Division run by Cappellazzo, Allan Schwartzman, and Adam Chinn. The move signaled the auction house’s intention to diversify its services. The latest string to its bow is Orion Analytical, the high-tech scientific research firm that Sotheby’s announced it bought this month in a bid to fight fraud. James Martin, who has conducted high-profile art fraud investigations for the FBI, including working on the Knoedler case, has been appointed director of the new scientific research department at the auction house. And Sotheby’s also recently hired Robert Rauschenberg Foundation CEO Christy MacLear to help launch an effort by the auction house to manage artists’ estates.

If cracks began to appear in the market for emerging artists at the end of 2015, by the end of 2016 the bottom had dropped out of it. “Zombie Formalist” works, a term coined by the critic Walter Robinson to describe a quasi-minimalist type of abstract art, were virtually nowhere to be seen at Phillips’s contemporary evening sale in London during Frieze week. Artists such as
Dan Colen
and
Lucien Smith
used to be staples at the auction house, but for the past year it has been incorporating more modern and classic contemporary art into its sales. Of the few emerging artists on the block in October, a 2004 work by
Alex Israel
was withdrawn prior to the auction, while a 2008 spray painting by
Sterling Ruby
was bought in at £340,000 (est £400,000–600,000). However, many in the trade view the contraction at the very contemporary end of the market as healthy. “[Emerging art] became devoid of its original content and instead became a receptacle for imagined monetary value,” says the New York-based art advisor Lisa Schiff. “When the market for that segment revealed itself as entirely artificial, the bulk of those buyers retreated to less risky investments.”

Searching for greater stability and better value in times of uncertainty, buyers turned to art history in 2016. Artists’ estates duly boomed. Loretta Würtenberger, who co-founded the Institute for Artists’ Estates in Berlin in March, which offers practical advice on all aspects of managing an artist’s legacy, says collectors are not only looking to the past for financial security. “We are living in a ‘memory boom’; in a globalised world it’s important to connect to our roots,” she says. Galleries are also joining the fray and choosing to represent more artists’ estates. Ahead of the curve, Hauser & Wirth has been focusing on this area for the past decade and now represents 22 estates, which account for roughly a third of its program. Recent additions include the estates of
Arshile Gorky
,
Lygia Pape
, and
Philippe Vandenberg
. “We take a highly individual approach to each estate, working closely with those who knew the artist best to help shape their legacy,” says a spokeswoman for the gallery.

Amid contraction, galleries and museums band together

Collaboration proliferated across all sectors of the art world, from artistic production to gallery sales and museum shows. One of the most recent examples sees the Philadelphia Museum of Art teaming up with the Turin-based collector and private museum owner Patrizia Sandretto Re Rebaudengo to commission and buy video works. The New York artist
Rachel Rose
is the first to be commissioned under the new deal, which will culminate in shows in Philadelphia in April 2018 and Turin later that year. Other examples include an increasing number of gallery collaborations at art fairs—18 dealers partnered on their presentations at Frieze Masters this year—and a growing trend for auction houses to join forces with independent digital platforms. These collaborations are innovative examples of how artists, galleries, and auction houses are having to adapt in times of uncertainty and rapid change. But for some commentators, collaborations can also muddy the water. “At no other time has the art industry been more confusing, with auction houses bringing in advisory businesses and galleries acting as artists’ representatives, private dealers, and advisories,” Lisa Schiff says. “The future of the art business has never been more unclear.”
Anny Shaw
Related Stories