The 8 Best Booths at The Salon Art + Design

Ariela Gittlen
Nov 11, 2016 3:16pm
In uncertain times, we often turn to the comfort, distraction, and inspiration of the arts for solace. On Thursday, the fifth edition of The Salon Art + Design opened to New York’s Park Avenue Armory drill hall with offerings from 55 galleries. With its mixture of culture, period, and style, the international fair contains pleasures suited to nearly any taste—everything from antiquities to late 19th-century decorative arts, and a hearty helping of international contemporary design. The fair is an excellent place to seek a brief respite from your worries, and to seek out the whimsical, beautiful, and new. Here are eight booths that will leave you feeling a little bit more light-hearted.

With works by Tomás Alonso 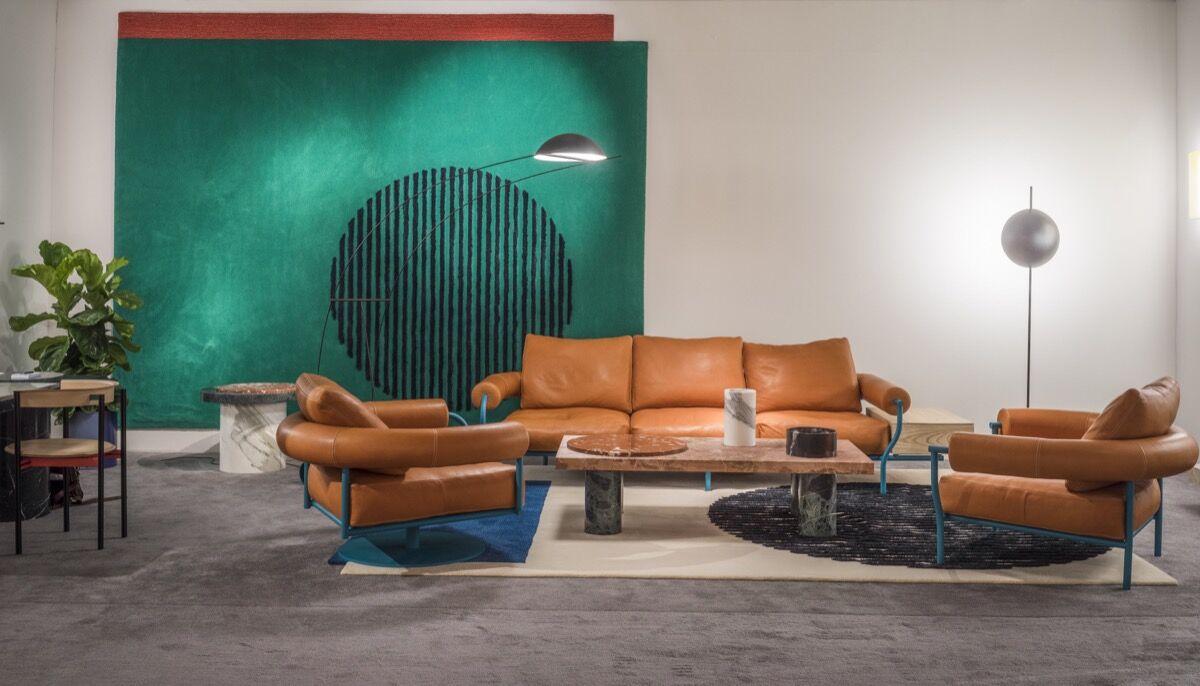 A complete living room, originally designed for a private client by
Tomás Alonso
, makes for a cozy scene at Victor Hunt’s booth. The ensemble includes Alonso’s Lines & Waves series (2014–2016), a collection of customizable marble tables with modular elements that fit cleverly together via a pattern of machine-milled grooves (imagine a set of very heavy Legos). The result is playful—one red marble tabletop, upon closer inspection, resembles a slice of fat-speckled salami. These works are interspersed with objects from the designer’s new Vaalbeck project (2016) made for a residence in the woods of Belgium. Zingy teal legs support a commodious couch as well as twin chairs upholstered in buttery leather. Alonso’s lamps present another set of striking geometries. Composed of painted paper or metal, they’re minimal without seeming overly simple. 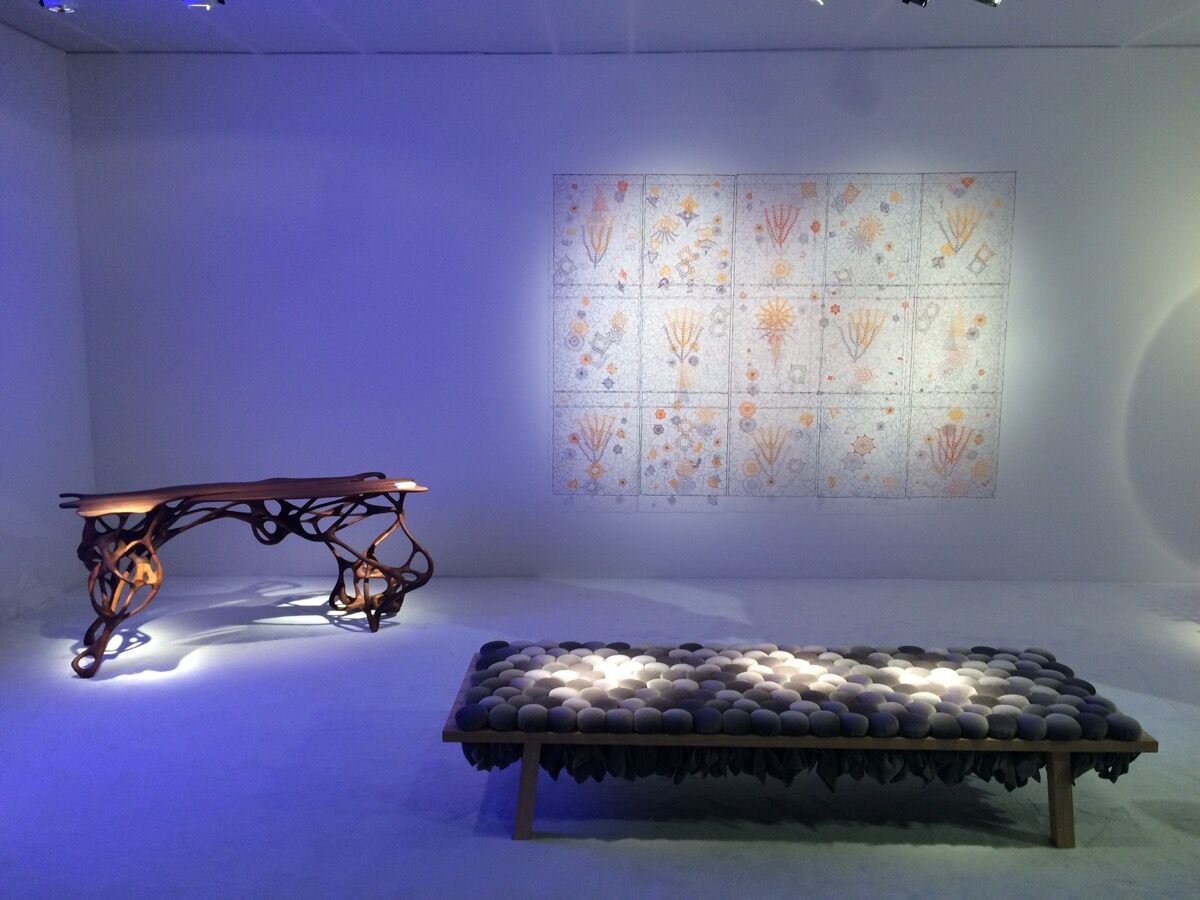 Advertisement
Scandinavian designers rule the day at the Paris-based Galerie Maria Wettergren. Coral Sea (2016), a large and delicate wall hanging by Norwegian artist Gjertrud Hals, is on prominent display. A grid of fine threads, resembling a fishing net, frames coral, shells, and other sea life that might be dragged up from the ocean floor. This play of fine lines is echoed in the booth’s other offerings: a hanging lamp by
Cecilie Bendixen
, delicately ruched and seemingly weightless,
Ivan Weiss
’s Calligraphic Porcelain bowls (2014) covered in zig-zagging brushstrokes, and a
Ditte Hammerstrøm
bench, its mohair cushions small and gray like a plush version of the stony beaches of Nice. 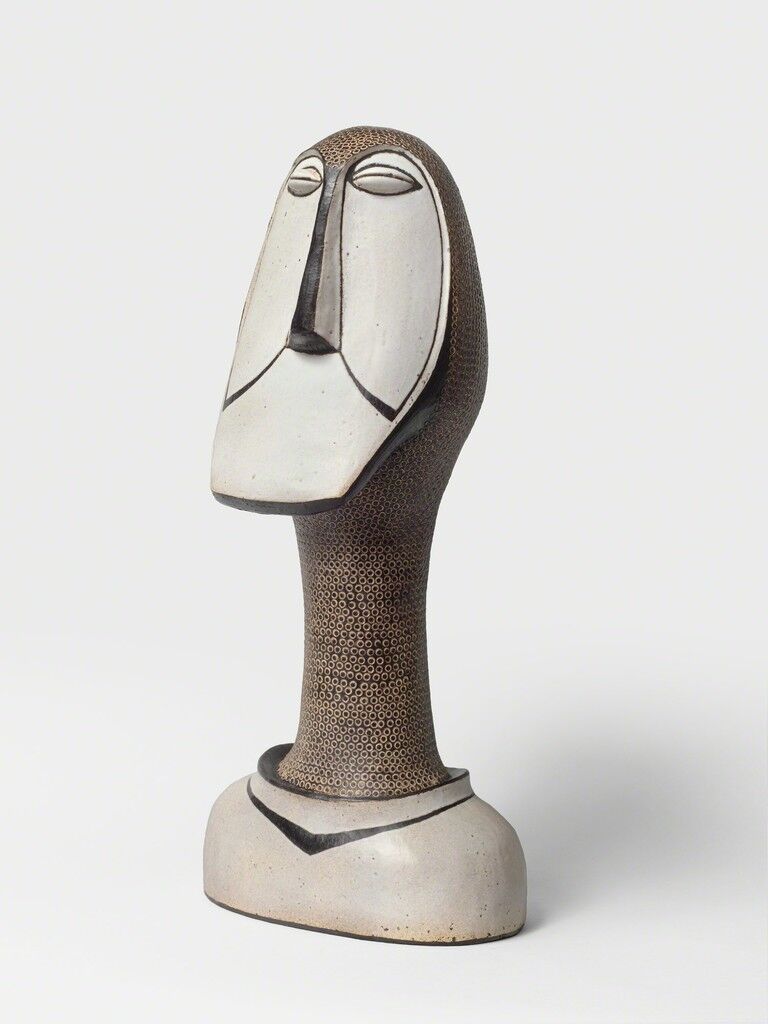 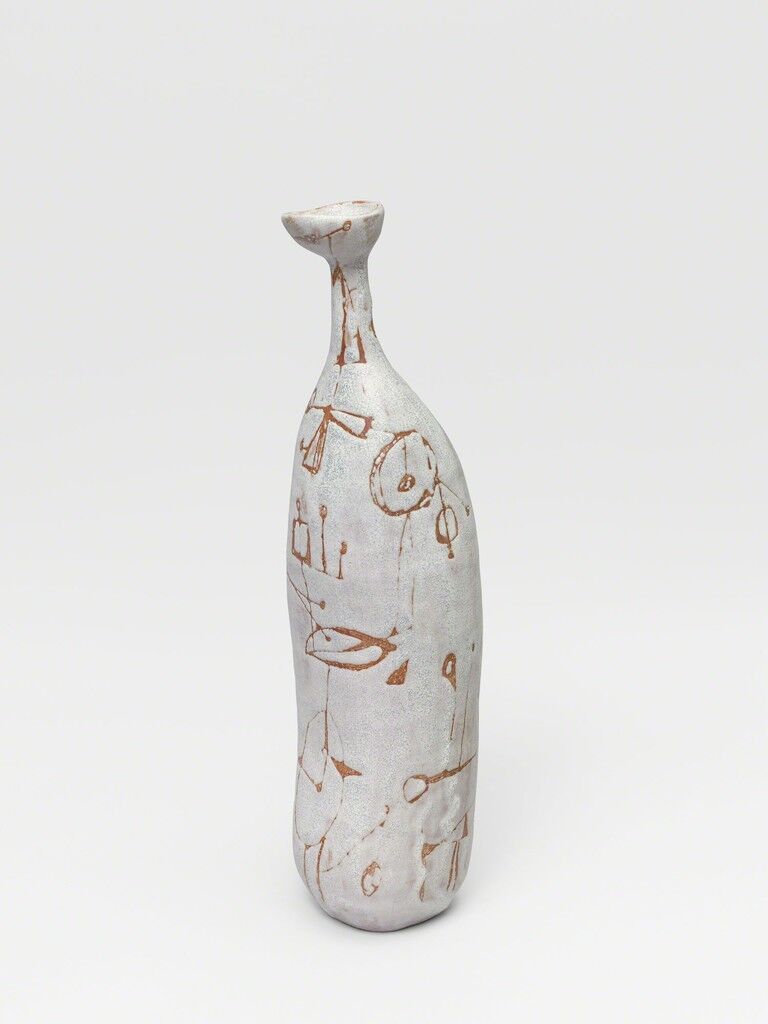 Bottle Vase, 1953
Thomas Fritsch-ARTRIUM
At the Paris gallery of Thomas Fritsch-Artrium, ceramics, once relegated to a second-class status as mere accessories, have become a specialty. With an eye to their ascendant popularity and appealingly low price-point, this year the booth exclusively features French ceramics made between 1950 and 1979. Vases, bottles, pitchers, lamps, and small sculptures in red, white, gray, and blue enamels are arranged with exquisite care. Several of
Roger Capron
’s mid-century Vase à Oreilles, wide-mouthed white vessels embellished with a black grid, are on view, their realistically ear-shaped handles always a charming sight. A handsome
Georges Jouve
table sits quietly off to one side, letting the ceramics take center stage. 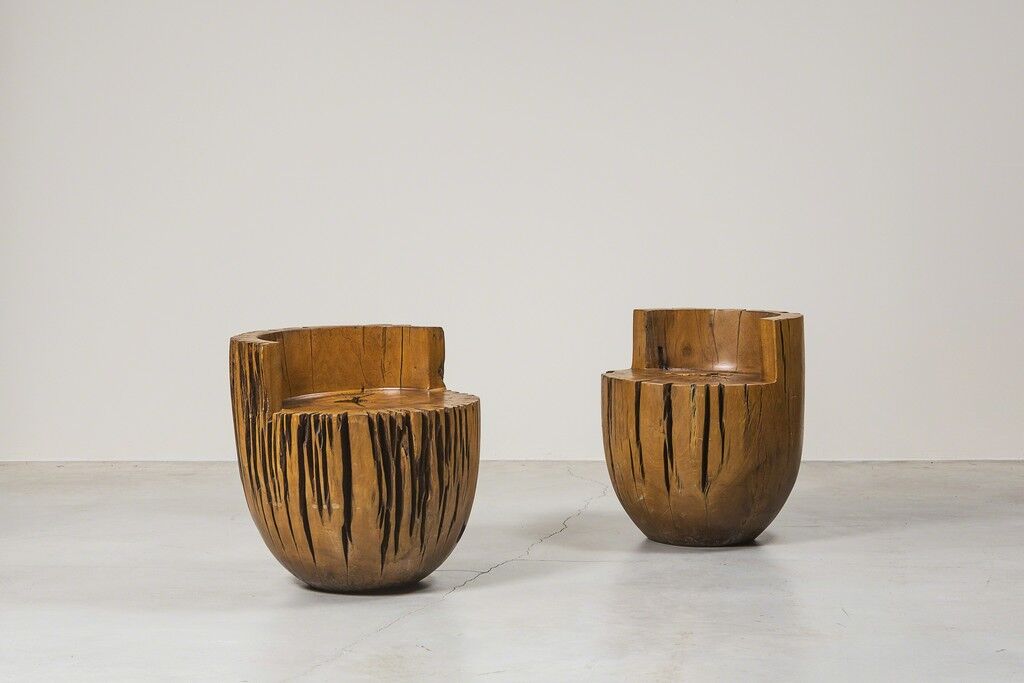 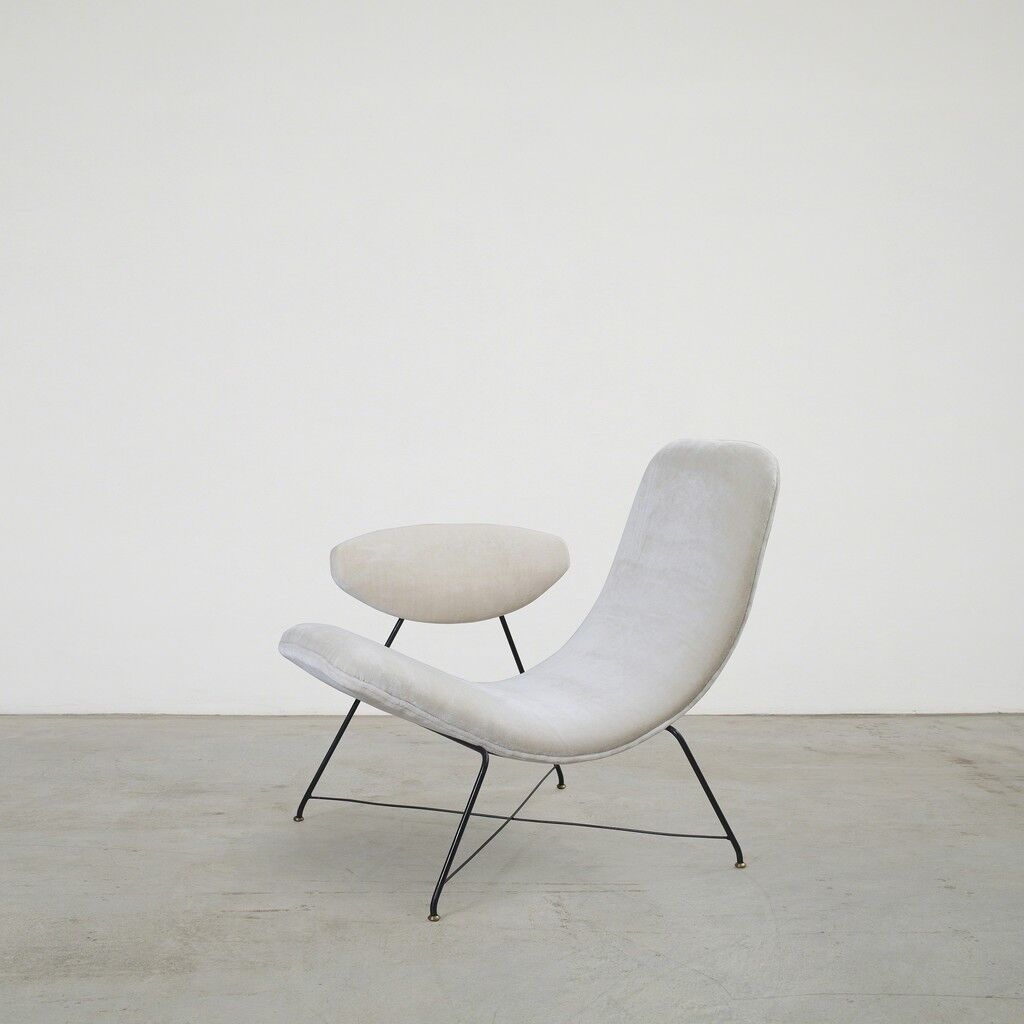 Reversível armchair, 1955
Nilufar Gallery
At Nilufar, there is a successful mix of mid-century and contemporary design, European and South American—
Gio Ponti
’s low table resting easily with
Hugo França
’s chairs that have been sculpted from wooden scraps. The overall impression is one of cohesion and sleekness, particularly with the addition of
Martin Eisler
’s Reversível armchair (1955), which almost appears to float on black enamel legs, looking less like a chair and more like a winking eye or a misplaced bit of punctuation. It’s a shape that still beckons, more than 50 years after it was originally produced. 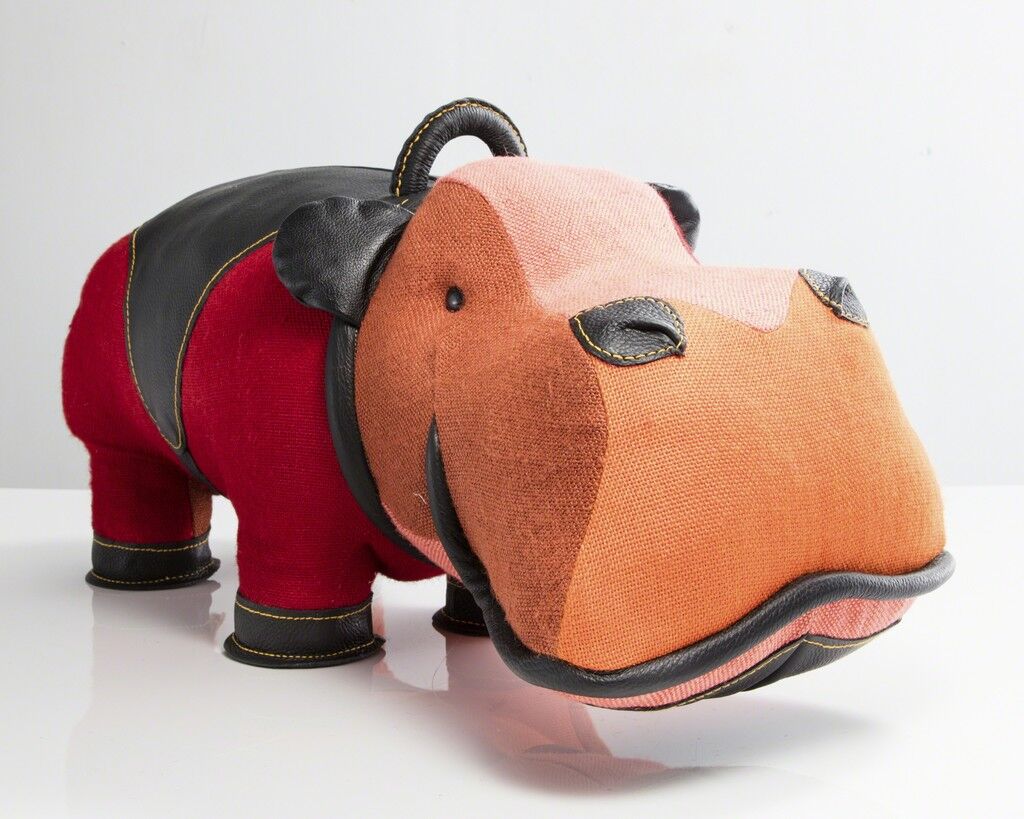 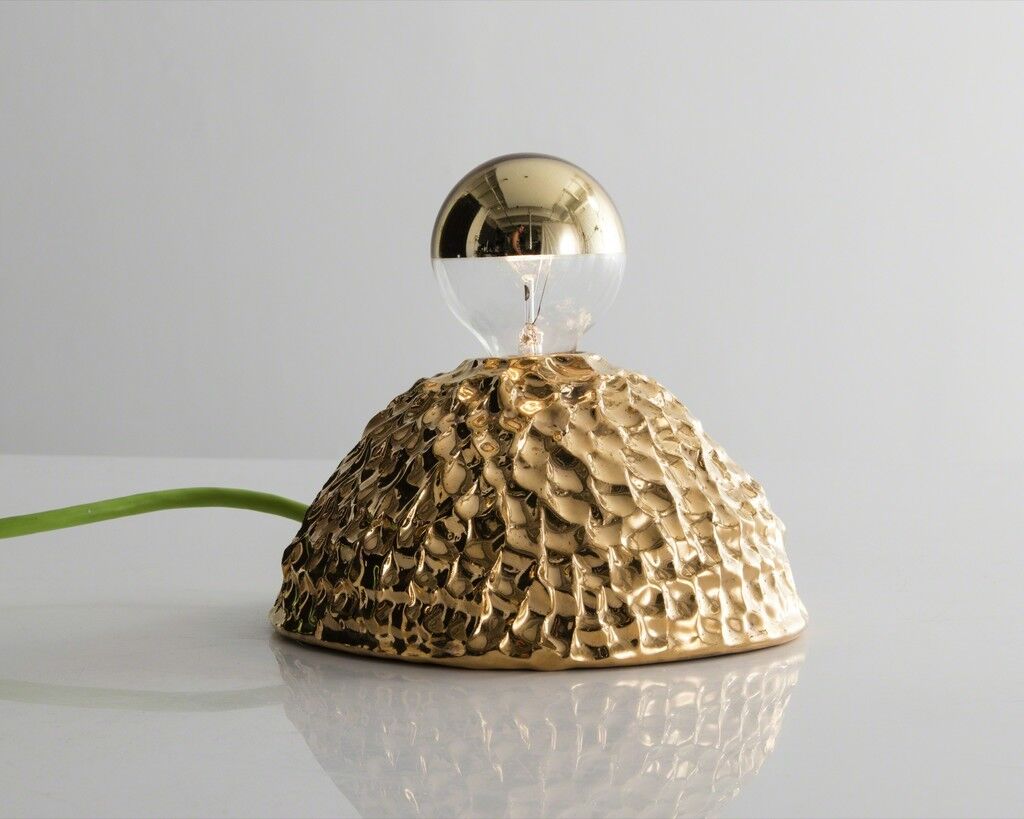 Nugget 2 Lamp, 2015
R & Company
New York-based R & Company presents the most playful booth at this year’s Salon, as though they somehow predicted we would need a dose of post-election gentleness and humor. Lamps by
Katie Stout
and
Thaddeus Wolfe
are pleasantly rough-and-tumble, while a pair of paintings by the
Haas Brothers
look as if they were plucked directly from a cartoon animation cell. But perhaps the most welcome addition to the group is
Renate Müller
’s “therapeutic toys.” Designed for use by disabled children, these cloth and leather elephants, horses, and hippos have a simple beauty that practically radiates goodwill. 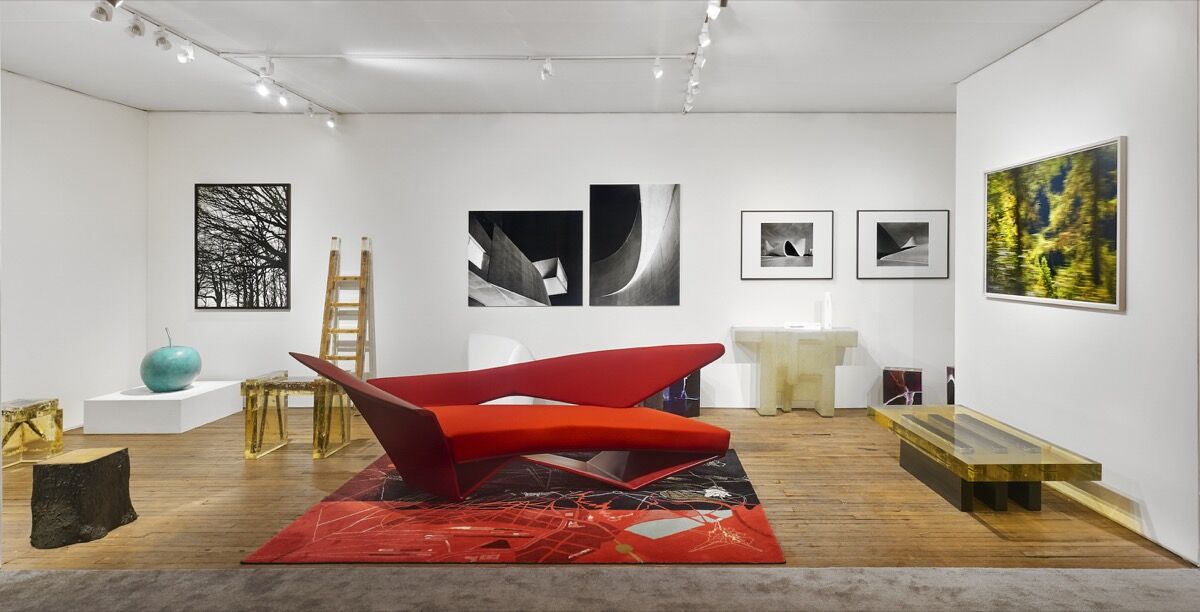 A more dramatic tone prevails at ammann//gallery, where the South Korea-based design collective
Wolfs + Jung
’s three bronze stools take the shape of raised fists, curled tightly in a black power salute. (The stools titled Silence, 2016, are facing fist down, A Voice, 2014–2015 is fist up—it’s difficult to imagine the political implications of sitting on any of them.) The theatrics are amplified by
Zaha Hadid
’s ‘Project in Red’ - Sofa (1988), its swooping lines suggesting a high-speed aircraft just moments from takeoff. However, the real standout is a series of objects by the Italian design collective Studio
Nucleo
, whose “Wood Fossil” and “Souvenir of the last century” projects encase petrified wood and old furniture into wildly variegated blocks of resin.

With works by Ritsue Mishima 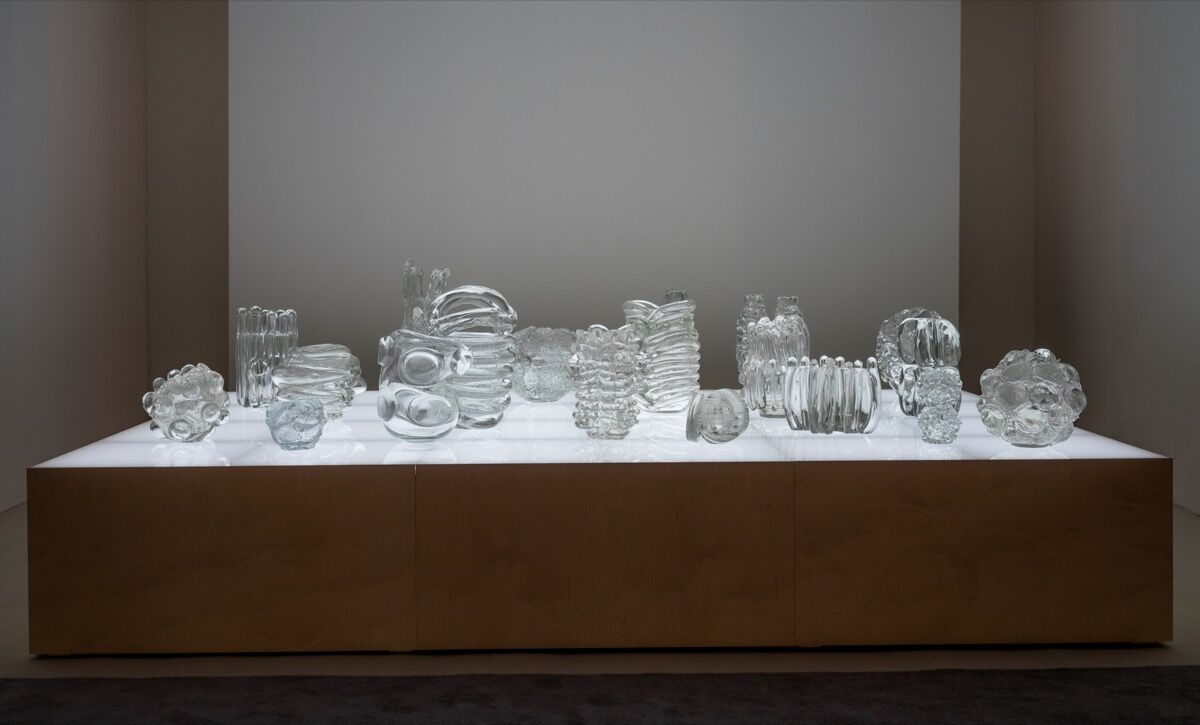 Pierre Marie Giraud presents a single designer and body of work: a diverting collection of vessels created by Japanese designer
Ritsue Mishima
. Brightly lit from below, the collection seems uniform from a distance, but at closer range reveals a plethora of textures and shapes. The work was created in collaboration with Murano artisans in Venice, utilizing the same glass techniques that have been passed down for centuries. The vessels are colorless glass, yet ornate in their structure—many are accumulations of loops, spirals, and bubbles. Each is decidedly asymmetrical, accentuating its handmade nature and the eccentricities of the glassblowing process. 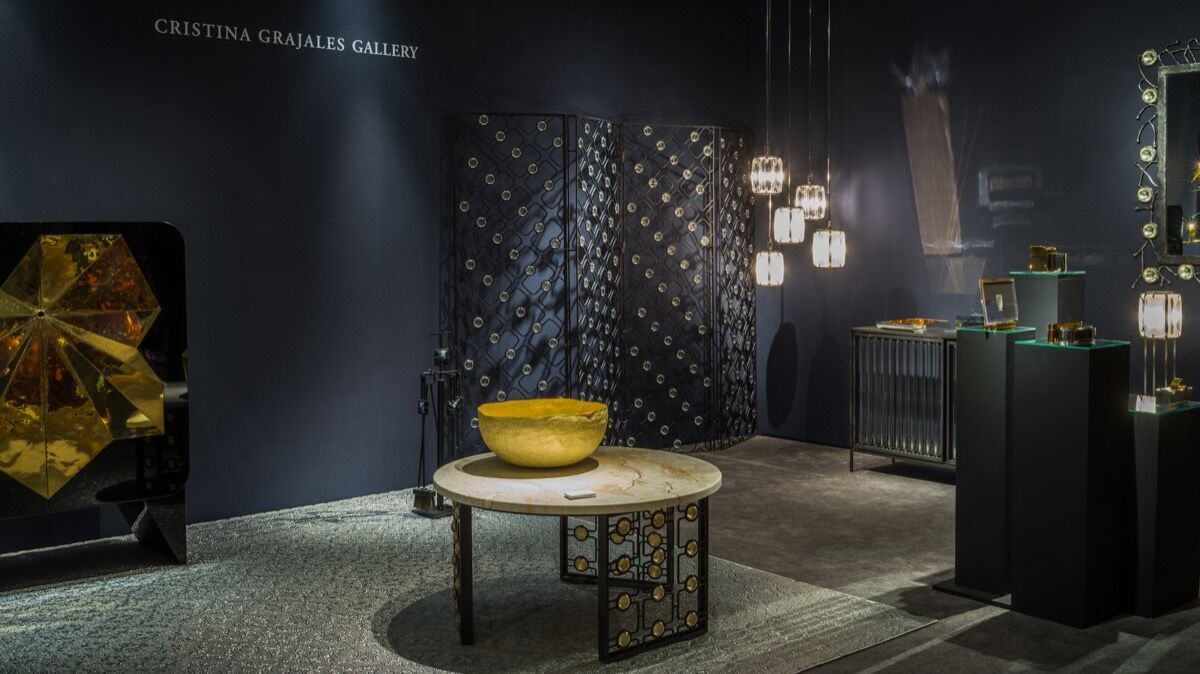 The Midas touch has graced Cristina Grajales Gallery, where the heritage silversmith Puiforcat has collaborated with architect Joseph Dirand on a decidedly sexy Art Deco-inspired desk set. The luminous nine-piece ensemble (which includes a tape dispenser, bookends, and a paper tray) is handmade by artisans in Pruiforcat’s Paris atelier, and casts gold and silver reflections wherever the light hits it. While the abundance of precious metal has the potential to overwhelm the function of these quotidian objects, the precision of the set’s construction keeps it from seeming utterly frivolous. (Opening one silver-plated box revealed an equally toothsome golden letter opener.) Both seemed at home among
Christophe Côme
’s airy geometric screens, another of the booth’s Deco-influenced pleasures.
Ariela Gittlen
Related Stories