Isaac Kaplan
May 19, 2016 1:37pm
Like a meteor shower through the night sky, every so often a government tax probe of the art world tears across the headlines. Some end in a public flourish, with big fines and even jail time being incurred by their targets. Others end as suddenly as they began, without a bang but still with millions added to city and state coffers. 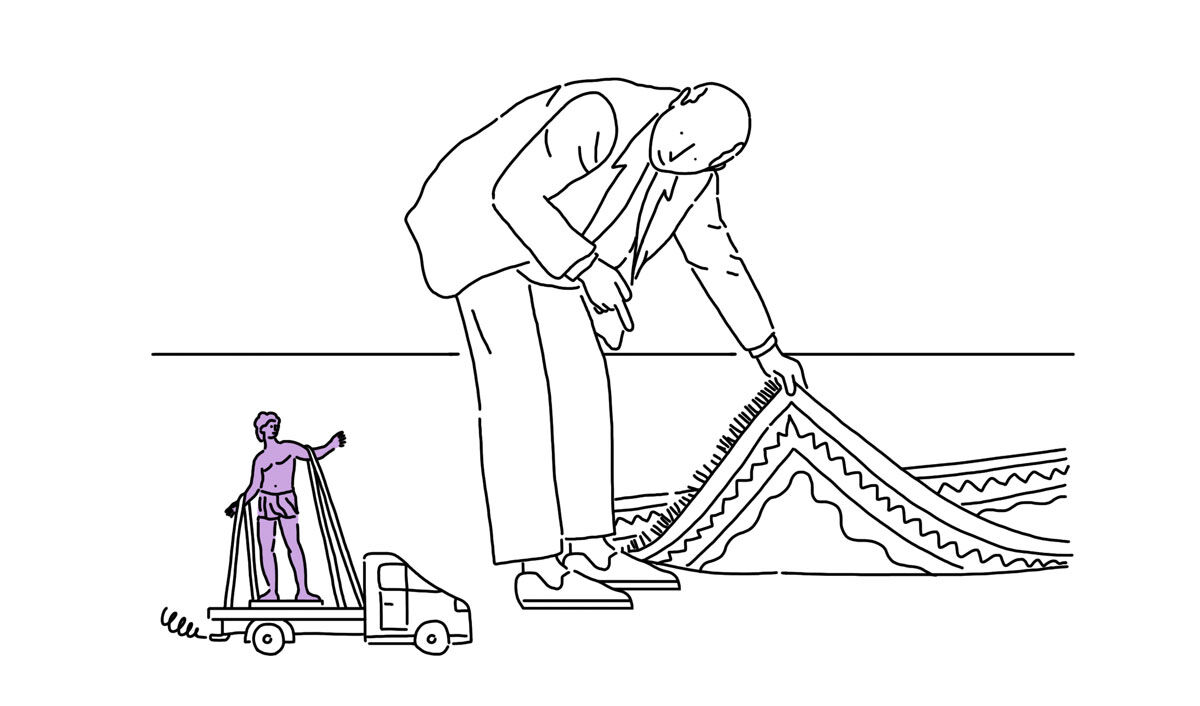 According to several recent reports, the art world is currently in the midst of another investigation, initiated by New York Attorney General Eric Schneiderman. And though this one has new names and faces to go with the stories, the tax law at the heart of the matter is the same as in years past: sales and use tax. The buyer’s resulting tax burden (8.875% in Manhattan, the global capital of the art market) can amount to a significant chunk of change. So it should come as no surprise that some look for ways to minimize their exposure to taxes (legally) or evade the taxes entirely (and illegally).
But what exactly are these taxes and how can they be sidestepped? Here are three purchasing scenarios, all imagining a transaction in New York:

You walk into a gallery and buy a nice
Koons
for the foyer of your Upper East Side manse.

Since you’re buying and using the work in the same location, your invoice should include (and you need to pay) sales and use tax. There are tactics to lessen other taxes paid later on, however. For example, if you purchased the work as an investment and hold onto it for a year, you could claim any profits as long-term capital gains when you sell, and therefore incur a lower tax rate on that income.

You buy a work with the exclusive purpose of reselling the piece. (You’ll need the required paperwork to back it up.)

In this instance, you are legally exempt from paying sales or use tax. But the specifics can get tricky, and sit at the crux of Schneiderman’s tax probe. Essentially, Schneiderman is alleging that hundreds of artworks purchased exclusively for resale, and therefore incurring no sales or use tax, were hung in homes and businesses. The probe interprets this as qualifying the artworks as having been used. And that is not allowed. As the AG put it in a statement, “Art buyers may not avoid sales or use tax simply by claiming that artwork they enjoy at home is intended for resale.”
One figure who has attracted the AG’s attention is Aby Rosen, a prominent real estate developer. Rosen will fork over $7 million to settle allegations that he inappropriately avoided paying sales tax on $80 million in art purchases. The settlement applies to 200 works of art that Rosen bought or commissioned through separately established companies from 2002 to 2015. Though he’s paying up, Rosen ardently denies Schneiderman’s charges, and the settlement comes with no admission of wrongdoing. The mogul chalks the AG’s zealousness up to the desire to fill state coffers and, perhaps more importantly, a failure to recognize that Rosen’s apartment and office are places of business where works for sale are being shown. While this may be true, tax authorities raise an eyebrow at such an interpretation. “You’re only permitted to use a resale certificate to get the exemption from sales tax if you’re planning to exclusively use the work for resale,” explains Diana Wierbicki, Partner and Global Head of Art Law at Withers Bergman LLP. “That’s the key term New York keeps focusing on.”
The other settlement so far is with Victoria Gelfand, a Gagosian director. (Gelfand’s transactions in question were private and the gallery isn’t implicated.) Gelfand set up two companies and purchased 31 works totalling over $1 million. She claimed the pieces were for resale. But some were shown in Gelfand’s home, and it is those works that are covered by her $210,000 settlement. Gelfand’s lawyer notes her client doesn’t “necessarily agree” with Schneiderman’s allegations.
“Exclusively for resale” can seem an uncertain hurdle to jump for those in the art market, where a home isn’t an absurd place to make a transaction. “You have an industry that is accustomed to marketing art in a personal setting, which makes sense because most of your buyers will be buying it for a personal setting,” says Wierbicki. Trouble also brews for those looking to deal art on the side. “If you have a secondary business where you’re an art dealer, you may not have a gallery in which to display works. If you don’t have that, where else are you supposed to show [works] to a client?” asks Wierbicki. As the investigations continue, it’s possible that Schneiderman’s rationale will become more clear cut and collectors and dealers will be able to act accordingly. Don’t use your house as a gallery seems to be the overriding message thus far, and, as always, document transactions carefully. (Wierbicki has more good advice in Forbes.)

You buy a work for the pool house of your home out of state.

You’ll be charged use tax at the rate dictated by the state where you’re using, storing, or consuming (if, say, you bought a
Felix Gonzalez-Torres
) the work. Understanding the difference between sales tax and use tax is important, both for your wallet and in order to be on the right side of the law. You pay sales tax when you buy something in a state and first use the object in that same state. If, however, you ship a work from one state immediately to another state, then you pay use tax at the rate dictated by the state to which the work was shipped. And you do not pay sales tax to the state in which the work was purchased.
Some states’ use tax rates are more advantageous to collectors than others. For example, you can have a Manhattan gallery or auction house ship the work directly to a home or museum in a state which doesn’t have use tax at all. These include New Hampshire, Delaware, Alaska, Montana, and Oregon. Two years ago, the New York Times ran a piece questioning why major works were heading straight to the Portland Art Museum. The works included Three Studies of Lucian Freud (1969), which had just become the world’s most expensive artwork to sell at auction, having made $142.4 million when it hit the Christie’s New York auction block. The answer, it turns out, may have something to do with use tax, which, again, isn’t imposed under Oregon state law. But the move doesn’t necessarily get the buyer off the hook for sales tax long-term. When someone who qualifies as New York resident for sales tax purposes (a much lower bar than income tax purposes) brings a work back to New York from, say, Portland, they would still have to pay use tax in New York.
The practice of sending a work out of state to minimize your tax burden can certainly be legal. So can purchasing art for resale. But there’s a lot of grey area, and authorities are likely to leave it that way if it means over-compliance rather than under-compliance. The key is to have proper and transparent documentation, should the taxman come knocking. Missteps (intentional or otherwise) when it comes to paying taxes on art can have serious consequences. If the AG can prove you committed fraud, the penalty is twice the amount of the unpaid taxes plus interest at 14.5% and potential jail time. In short, folks, consult an attorney and an accountant, and keep good records.
Isaac Kaplan is an Associate Editor at Artsy.
Illustration by Jan Buchczik for Artsy.
Related Stories