The Berkeley Art Museum and Pacific Film Archive Moves into a Dramatic, Earthquake-Resistant Conversion of a 1930s Printing Press

“Seismic shift” is a nice refrain for describing change in the art world. Toppling shibboleths or shaking down the stodgy principles of a medium—aren’t these the kind of game-changing creative demolitions for which we admire our
Duchamps
and
Picassos
?
But when an inevitable earthquake threatens works of art themselves, and the concrete house of cards that shelters them, as in the case of the former University of California Berkeley Art Museum and Pacific Film Archive (BAMPFA) building, that phrase might be better called a rallying cry. BAMPFA’s need for a new space has been realized thanks to design architect Diller Scofidio + Renfro (DS+R) and executive architect EHDD. Its doors open to the public this weekend. 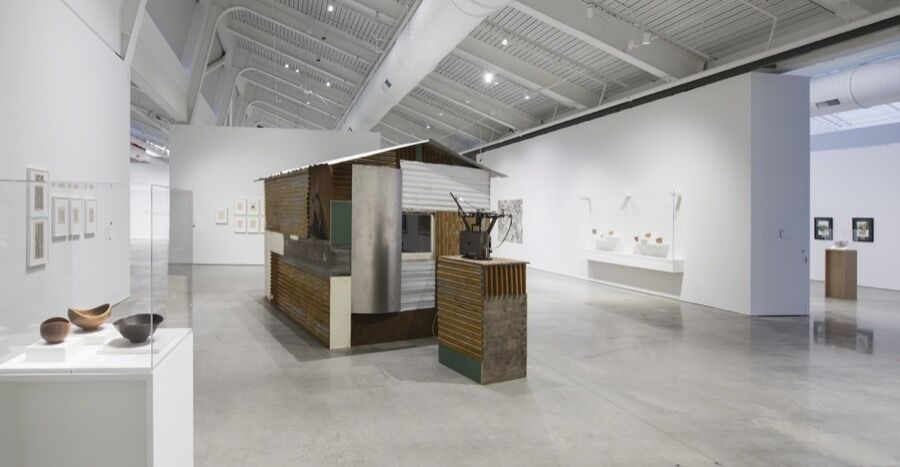 Installation view of “Architecture of Life” at UC Berkeley Art Museum and Pacific Film Archive, Berkeley (2016). Courtesy of the museum.

The opening marks the end of a project that began in 1997, when the original BAMPFA structure was deemed seismically unsound. Renowned as the San Francisco Bay Area’s “most emphatic example of Brutalism,” the
fortress-like architectural style
in raw concrete that proliferated in the mid-20th century, Mario Ciampi’s structure became the home of the university’s museum in 1970. At the time of its completion, it was the country’s largest university art museum.
In Ciampi’s building, which now stands disused, intersecting planes of concrete condense and soar to create an airy, angular atrium that has been a provocative exhibition space over the years. As both embodiments and treasuries of a society’s aesthetic tastes, museums often best complement art from their own period. Ciampi’s rough, industrial spaces, while not especially sympathetic to 19th-century drawings, did bring a flattering severity to
Dan Flavin
’s fluorescent light installations, like “monument” for V. Tatlin (1969). 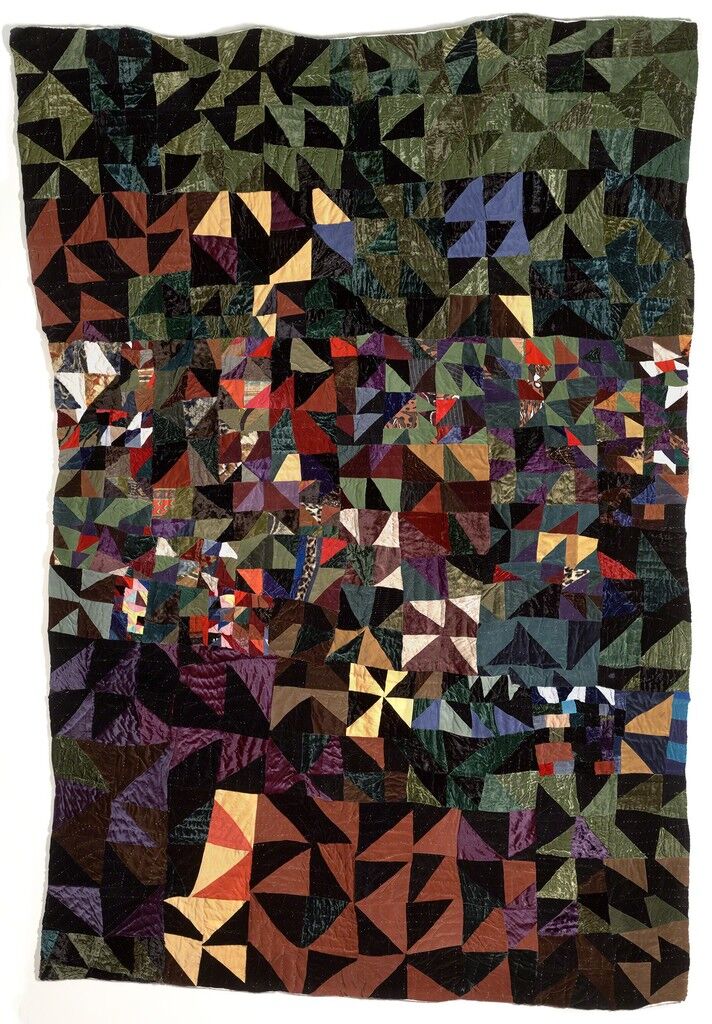 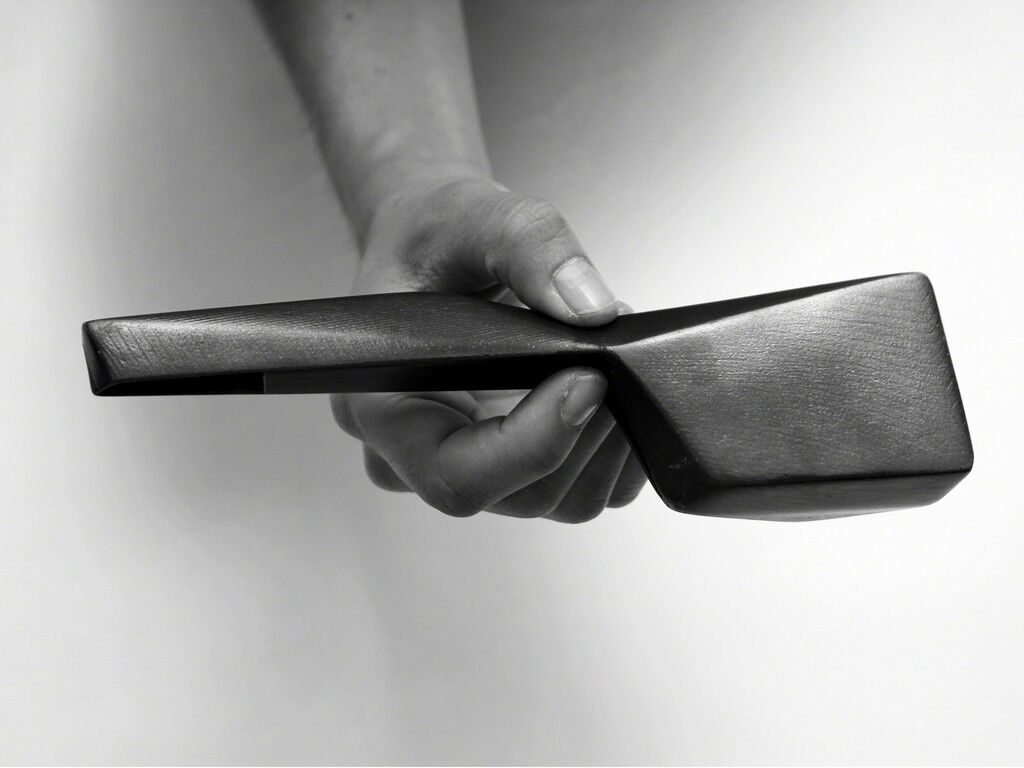 Hand Holding a Model for BAMPFA, 2012
"Architecture of Life" at UC Berkeley Art Museum and Pacific Film Archive, Berkeley
Advertisement
One can find a similar affinity in the bold, planar abstractions of the German-born
Abstract Expressionist
painter
Hans Hofmann
, without whom BAMPFA would not have existed as we now know it. The foremost instructor of European Modernism in America at the time, Hofmann began to teach painting at Berkeley in the summer of 1930. In 1963, on the eve of free speech demonstrations that roiled through campus and put Berkeley in the national spotlight of the civil rights movement, Hofmann donated 45 of his paintings and $250,000 to the university, forming the core of an institution to which the Pacific Film Archive would be added in 1971.
The duality of Hofmann’s renowned classroom ethos, “push and pull”—opposed but balanced creative forces of expansion and contraction, as he described them—comes through in the new structure, an 83,000-square-foot building situated in the heart of downtown Berkeley. DS+R shines in formally seductive designs for cultural institutions, and if Hofmann’s work seemed at home in Ciampi’s building, the museum’s important and growing collection of
conceptual art
fits smoothly into the playful, thoughtful shapes from DS+R.

For BAMPFA, viewed on a continuum with DS+R’s previous projects, the firm had to channel more from their reimagining of the Highline and Lincoln Center than from the dropped, perforated block of The Broad. The composite BAMPFA building needed to bridge the old and the new, combining a historic structure with a dynamic contemporary design. Though it was difficult to achieve given seismic requirements, the ruby-red colored fissure—in the words of the architect, “a sensuous cipher”—that seams the two parts of the structure together creates a view from the street into the galleries and study centers deep below grade. Like the Ciampi building, this structure, too, had to dig and burrow into the site for a foothold.
Now part of an arts district that includes the Berkeley Repertory Theater, BAMPFA’s new footprint combines a shining steel carapace with a former university printing plant that dates to 1939. The saw-tooth profile of the plant’s roof and skylights that now cover the primary gallery space are visible from Center Street, where the metal shell is pinched and cantilevered out to provide a perch for the cafe it contains and an awning for the entrance below. That shell—which has been compared to the pleasantly perplexing image of a “well-tailored whale”—runs behind the art moderne flank of the printing plant on Oxford Street and swells into a massive LED screen on Addison Street that shows films contained by the archive within.
This feature exemplifies a number of other dualities. Most obviously, it signals BAMPFA’s unique fusion of art museum and film archive. The interior side of that wall on Addison Street is the projection surface for the state-of-the-art 232-seat Barbro Osher Theater. Along with its second, smaller theater, BAMPFA will host 450 screenings in the coming year, including work by Maurice Pialat,
Wim Wenders
, and
Isaac Julien
. Such robust programming and deep film collection holdings have established BAMPFA as one of the top film archives in the United States. 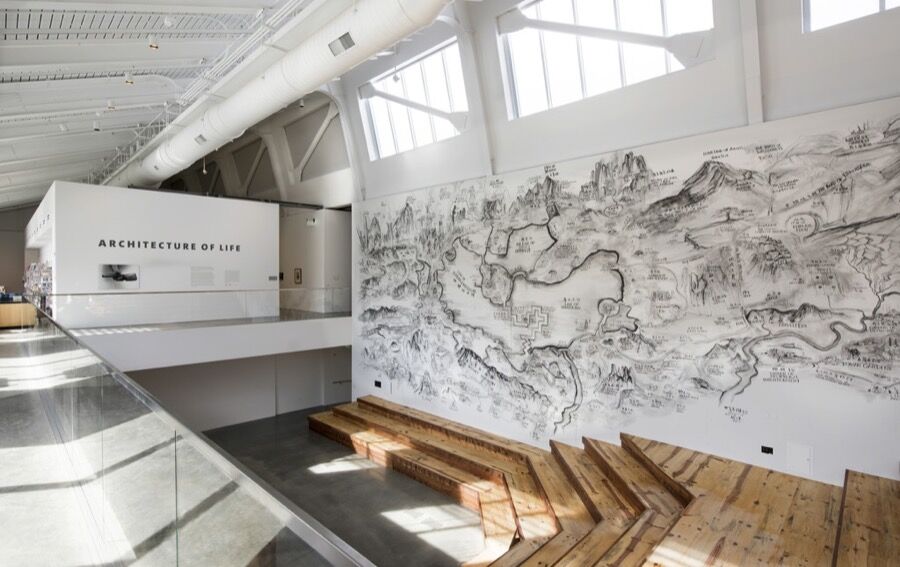 Installation view of “Architecture of Life” at UC Berkeley Art Museum and Pacific Film Archive, Berkeley (2016). Courtesy of the museum.

While showing a new 35mm print of Ingmar Bergman’s revered Seventh Seal (1957) will likely delight devotees of San Francisco’s International Film Festival—the nation’s longest-running film festival—the hybrid institution is specially poised to address the way art and film bleed and tarry into one another. Organized by the museum’s director, Lawrence Rinder, a former Whitney curator responsible for the 2002 Biennial, BAMPFA’s inaugural exhibition, “Architecture of Life,” features films by
Kenneth Anger
,
Yuri Ancarani
, and
Kimsooja
. But an even better reckoning of this medium-border-crossing will come with the exhibition “Covered in Time and History: The Films of Ana Mendieta,” opening on November 9th. A Cuban-born artist,
Mendieta
developed a genre she called “earth-body” performances, which often explored her orphaned, immigrant, female identity in elegant weaves of sculpture, photography, and film.
Such fusions push BAMPFA further into its admixture of a focused educational mission and broader civic responsibilities. Sherry Goodman, the museum’s Director of Education and Academic Relations, who has worked at the museum for over 20 years, points to the growing importance of art for graduate and undergraduate curricula. Campus-wide programs like “Berkeley Connect” facilitate interdisciplinary work at which university museums excel. Goodman explains that BAMPFA “empowers students to interface with a broader public” through works—such as Chinese artist Qiu Zhijie’s literati-style garden on the museum’s temporary art wall—that represent the community’s diverse cultural heritage. Given the revolutionary social history of the East Bay and its current struggle for dignity and identity that Rebecca Solnit describes in her contribution to The Architecture of Life catalogue, that interface is more important now than ever. 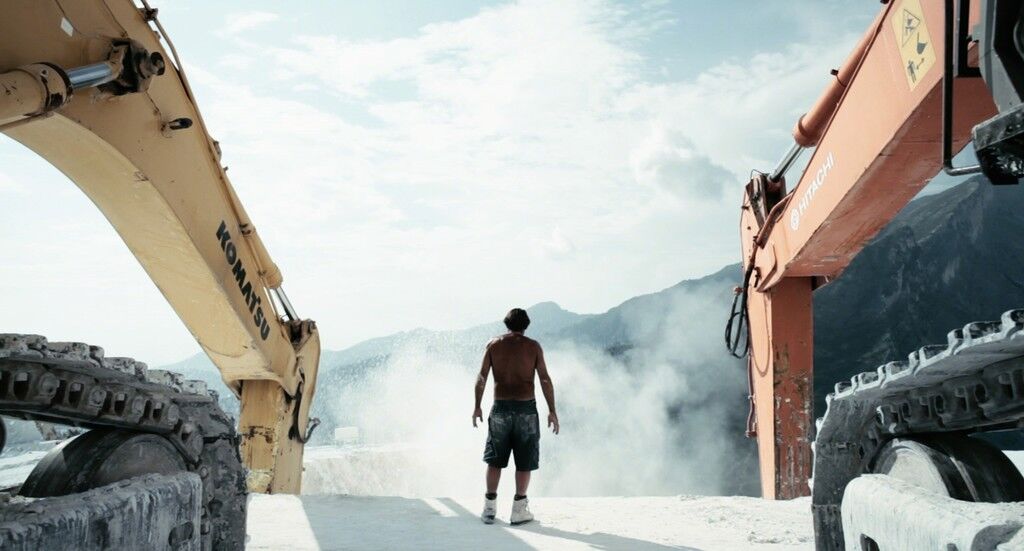 Il Capo, 2010
"Architecture of Life" at UC Berkeley Art Museum and Pacific Film Archive, Berkeley
Following the title page of this catalogue is a full-bleed, double-page spread of a still from filmmaker
Yuri Ancarani
’s Il Capo (2010). The film documents the mesmerizing process of slicing, splitting, and felling radiant white marble blocks from a quarry in the Apuan Alps of northwest Italy. Far from the unpredictable ruptures of a seismic shift, it is a reminder that art and its shelters also require precision, elegance and risk to reach their full, earth-moving potential.
George Philip LeBourdais
Related Stories