The Controversy around Modigliani’s Many Catalogues Raisonnés, Explained 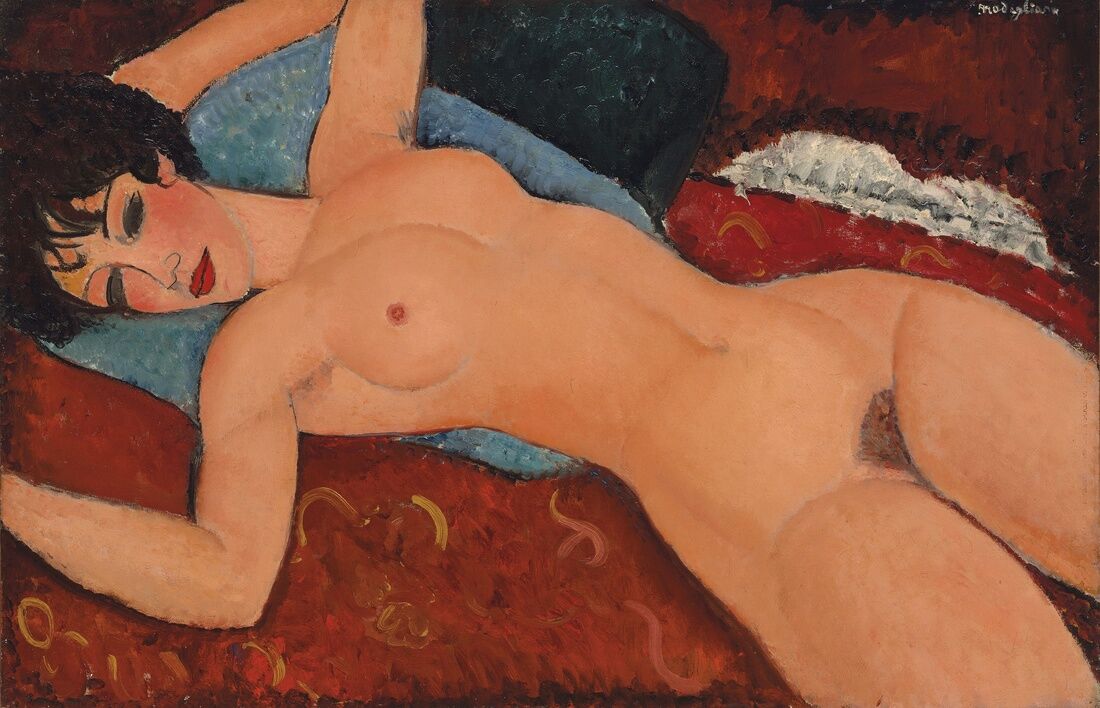 Earlier this month, news broke about the impending publication of a long-awaited catalogue raisonné focused on
Amedeo Modigliani
’s paintings. If the volume hits its end-of-year release date, it will mark the sixth published collection of the Italian artist’s works.
A catalogue raisonné—meant to serve as a comprehensive inventory of everything an artist produced during their lifetime—can be a huge, labor-intensive project. Most artists have one, sometimes two. So why does Modigliani have five, with more on the way? It’s a surprisingly dramatic story of death threats, forgeries, and skyrocketing prices that, as antiquarian book dealer Peter Kraus wrote in 2004, “resembles nothing so much as a soap opera.”

Why does Modigliani have so many catalogues raisonnés?

With five inventories of his work, one would expect that at least one researcher would have gotten it right. But even now, close to a century after Modigliani’s death, there’s still no comprehensive catalogue raisonné that all find trustworthy. Currently, the gold standard—or the Modigliani “Bible,” as scholar Kenneth Wayne calls it—is the Ceroni catalogue. Published in several volumes between 1958 and 1970 by Italian scholar Ambrogio Ceroni, the list is used by auction houses, curators, dealers, and museums to ensure they’ve got a real Modigliani on their hands. There’s a problem, however. Although the pieces in the catalogue are widely believed to be authentic, there’s a significant chunk of work that just isn’t included. Wayne, also the founder of the Modigliani Project, estimates that something like 20% of the painter’s oeuvre is missing from the Ceroni catalogue. “Everyone agrees that it’s not complete,” Wayne told Artsy. “It’s very perplexing that certain works are not in there.”
Since Ceroni died in 1970, leaving his project unfinished, three more catalogues raisonnés have been published in an attempt to round out the scholarship on Modigliani. One, published by Joseph Lanthemann, is considered unreliable. “His has the opposite problem from Ceroni’s, in that he reproduced any painting that looked vaguely like a Modigliani,” Wayne noted. Christian Parisot, a French art historian who was granted the legal right to authenticate works by Modigliani’s daughter herself, had published three of four volumes of his catalogue raisonné when his credibility began to unravel. In 2010 he was found guilty of faking 77 drawings by Modigliani’s mistress; in 2013, he was taken to court again, this time accused of falsely attributing works to the artist that, in total, were worth €6.65 million.
“Some of the catalogues are completely faked, some are partially faked, and some include fakes by the guy who owned the catalogue,” New York dealer and financier Asher Edelman told Artsy of the non-Ceroni inventories. “Some of the works were even paid for to have them entered into the catalogue. So they’re all suspect.”

Why does the catalogue raisonné matter?

Today, catalogues raisonnés play a significant role in an artist’s market—experts note that a trustworthy inventory of works helps stabilize prices and reassure collectors. In the case of a work by Modigliani, if it’s not in the Ceroni catalogue “it loses most of the possibilities of being sold well,” Edelman said. Several years ago, he said, his gallery acquired a Modigliani painting that wasn’t on Ceroni’s list. Although it had extensive provenance history, had appeared on the cover of a retrospective catalogue printed immediately after the artist’s death, and was approved by longtime Modigliani scholar Marc Restellini (also the man behind the upcoming catalogue raisonné), it sold for a fraction of its potential value. “No one disagreed with us that it was a Modigliani—except that what would have been an eight- or 10 million-dollar picture could never be sold for more than two,” Edelman said.
The prices achieved for Modigliani’s works have jumped rapidly in recent years, with a 1919 painting going for £38.5 million in a June auction at Sotheby’s (surpassing its estimate by some £10 million). His Nu couché (1917-18) sold for $170.4 million last November, shattering records to become the second most expensive work ever sold at auction. These prices make Modigliani’s work particularly appealing for forgers. “In the last 10 to 12 years, he’s really taken off as a major figure of great interest,” Wayne said. “It makes it all the more urgent and necessary to have a catalogue that is dependable, reliable, and believable. There is no question there are fakes out there.”

Will we have a new catalogue soon?

Short answer: Maybe. The forthcoming catalogue raisonné, set to be published online at the end of this year, is not truly “new.” It is instead a continuation of a project by Restellini, a Parisian art historian who has been working intermittently on a catalogue raisonné for Modigliani since at least 1997. Until 2015, Restellini’s work was sponsored by the Wildenstein Institute; now, the catalogue is being overseen by the Paris-based Institut Restellini.
The process has been rife with complications and riddled with delays. Over a decade ago, Restellini was even forced to call off an inventory of the artist’s drawings after receiving death threats from those concerned he might not include their works. The catalogue of paintings was originally intended to be published in 2002, a date that was pushed back several years, then put on hold indefinitely until the Institut’s July announcement. It remains to be seen if this version will meet its publication deadline.
Another project concerning Modigliani’s legacy was announced this February, when an international group of curators and scholars gathered at the opening of the Lille retrospective. Led by Michel Menu, chief conservator of the Centre de Recherche et de Restauration des Musées de France, the goal is to determine Modigliani’s working method and technique using scientific markers. According to Wayne, a member of the committee, they plan to examine pigments and thread count and use techniques like infrared and X-rays to determine a set of consistent characteristics for Modigliani’s paintings.
“It is solvable,” Wayne said of the artist’s authentication issues. “There’s a will, now. People want to know definitively. I do believe in the next year or two there will be more information that will be helpful for the field.” The committee will begin by examining works in French collections, with hopes to expand to other countries in the future.
Kraus, the New York book dealer, believes it is high time a solution is found. “At this point in time in history, even artists that are alive and kicking have catalogue raisonnés,” he told Artsy. “An artist that has been dead for the better part of a century deserves a serious, scholarly catalogue raisonné. It shouldn’t be rocket science at this point.”
Abigail Cain
Related Stories

The Secrets of Art Pricing New Collectors Need to Know

These Four Technologies May Finally Put an End to Art Forgery 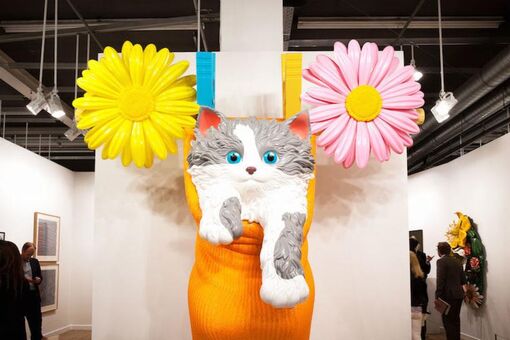 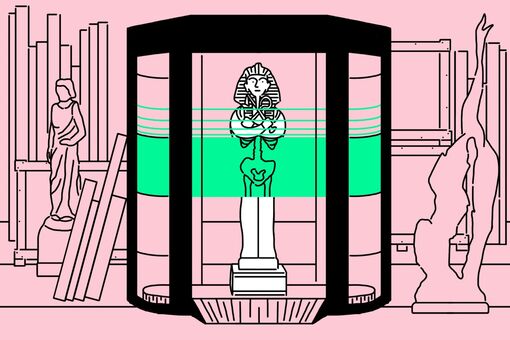 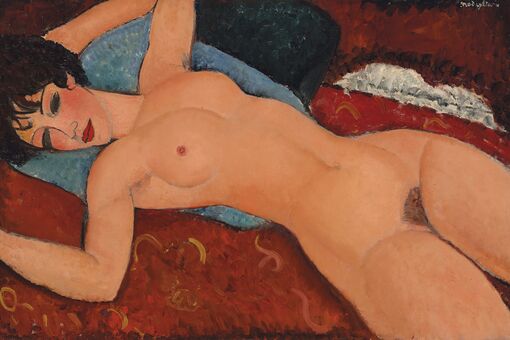