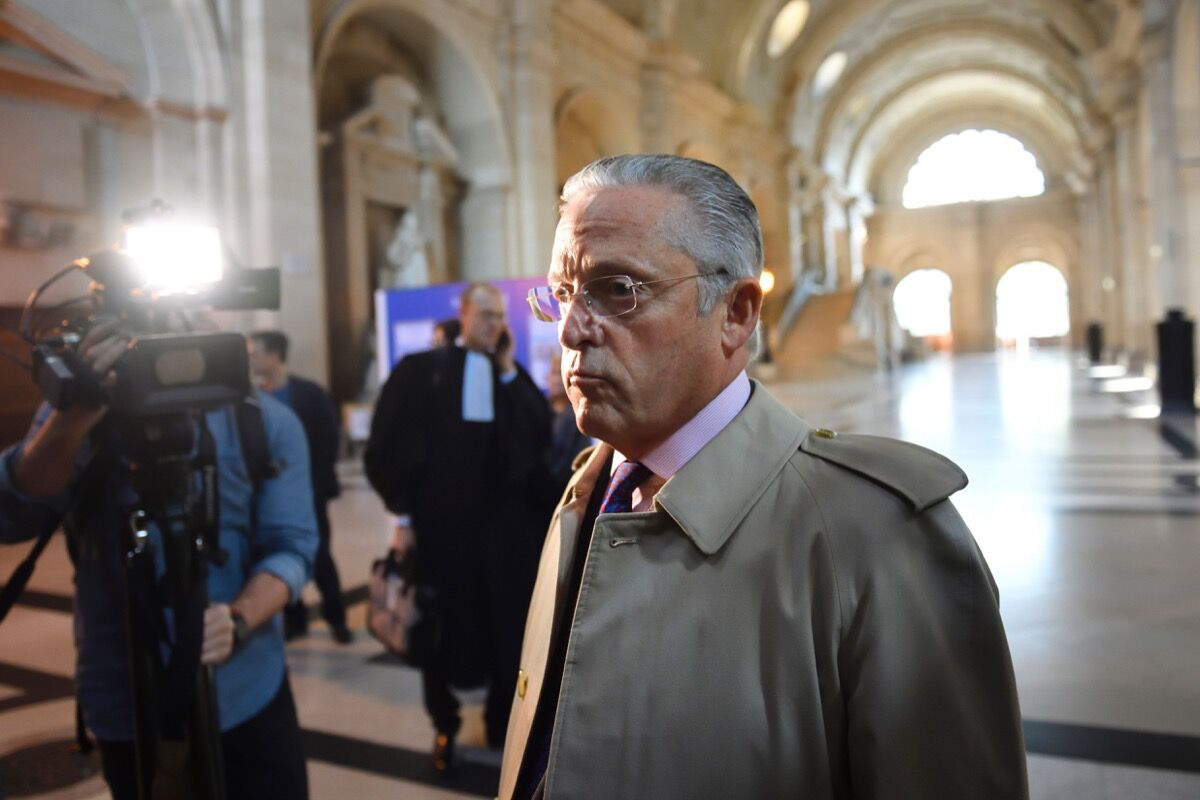 After months of delays, the trial of billionaire art dealer Guy Wildenstein and seven others—from family members to financial advisers—began in earnest last week at the Palais de Justice in Paris. Wildenstein is charged with tax fraud and money-laundering in a case that has thrown a very public spotlight onto the normally reserved and secretive family known in the country simply as “Les W.” The case is part gossip factory, including stories of glitzy displays of wealth, family betrayals, and a friendship with former French president Nicolas Sarkozy. But more importantly, it is a rare glimpse into the complex financial arrangements and freeports used by some wealthy art-owning individuals to shield themselves from tax laws.

The Trusts and the Trial

Wildenstein, who normally presides over Wildenstein & Co. from the company’s luxurious headquarters on Manhattan’s Upper East Side, is accused of failing to disclose and pay tax on the full amount of the inheritance he received after his father’s death in 2001. At the time, Wildenstein reported some €40.9 million, with a resulting tax bill of €17.7 million, according to Bloomberg. Wildenstein, now 70, dipped into his impressive art collection, which contains works by artists from
Renoir
to
El Greco
, to pay tax authorities, providing them bas reliefs originally sculpted for Marie Antoinette.
But now, French prosecutors are saying that Wildenstein should have declared roughly €616 million in taxable assets. Authorities allege that Guy Wildenstein and his brother Alec, who died in 2008, used secretive trusts to move $250 million in art from New York to Switzerland just days after their father Daniel died. Prosecutors argue this was an effort to avoid paying estate tax owed to France and other governments. (According to court documents filed in Paris, the IRS intends to pursue Wildenstein for unpaid taxes as well, though since then there has been no indication of them doing so.) Prosecutors say these trusts, far from being independent, were to benefit the Wildensteins, allegedly providing them millions in works of art.
In defense, Wildenstein asserts that his father began the process of reorganizing the trusts in July, months before he died in October. Further, he contends that he simply followed the advice of lawyers and financiers who told him that the assets weren’t owned by the family but by independent trusts, and thus need not be disclosed to tax authorities. A statement provided to Artsy by Wildenstein’s attorneys, Hervé Temime and Eric Dezeuze, states, “Guy Wildenstein’s defense contests the allegation that Mr Wildenstein would have committed tax fraud at the time of Daniel Wildenstein’s inheritance tax declarations in 2002 and 2008.” It further asserts that prior to 2011 there were no laws requiring the disclosure of assets held in a trust.
If convicted after the trial’s conclusion, expected on October 20th, Wildenstein faces a maximum of seven years in prison, along with financial penalties that would reach at least €550 million in unpaid fines and interest (some $600 million). The current criminal case is proceeding after a judge denied a motion by the defense to delay proceedings until a parallel investigation by tax authorities concluded. “Guy Wildenstein’s honesty is not called into question, and he will thus have to be acquitted,” his lawyers wrote.

The Art and the History

Wildenstein heralds from a long line of art dealers, going back to the 1870s. His grandfather Georges assembled numerous works during World War II (a process of acquisition that subsequently garnered allegations of looting). But it was Daniel Wildenstein who amassed one of the largest private collections in the world. Today, the family has art holdings (long closed to prying eyes) in New York, Tokyo, and Paris—where the Wildenstein Institute is located and produces exhaustive catalogues raisonnés on some of the most famous
Impressionist
artists. The compendiums are so authoritative that without inclusion, works by artists like
Monet
and
Gauguin
—lacking a “Wildenstein index number”—would drastically lose value.
The case has resulted in a detailed accounting of the works in the Wildenstein collection, a rarity in the art world. In 1998, Daniel Wildenstein created an offshore trust—titled Delta Trust and located in the Bahamas—to hold some 2,500 works. The pieces were valued at $1.1 billion and managed by the Royal Bank of Canada (RBC). Roughly 675 works were sold since the trust’s creation to provide $238 million in funds to the family. A RBC representative called to testify placed the value of the trust at $875 million today, according to the New York Times. As Bloomberg reported, no funds have been distributed from the trust since 2013.
The judge, who can recall and question witnesses under the French judicial process, asked Wildenstein about this trust and others created by his father, as well as the sudden movement of assets after Daniel Wildenstein’s death. Wildenstein reportedly asserted that it was in service of “the protection of the heritage,” and that his father was “a man of few words” who did not explain decisions. He made similar assertions in October to Paris Match, claiming, “My father never used to talk to me about his business affairs.”
During proceedings, the judge also highlighted the appearance of unequal treatment of women in the Wildenstein family, likely a tacit reference to the case’s origins. Also facing trial along with Guy is his nephew Alec Junior, and Liouba Stoupakova, the widow of Alec Wildenstein. Stoupakova is herself fighting the family over money she said she is owed following the death of her husband in 2008. But the case really began in 2001 with Daniel’s widow, Sylvia Roth Wildenstein, who provided documents to French authorities that eventually resulted in the current criminal charges. She was angry that Guy and his brother allegedly coerced her to sign over her husband’s inheritance shortly after his death, lowered her allowance, and took away her horses and other luxuries.
Such family disputes, though tabloid fodder, are second in importance to the broader financial systems at play. It isn’t clear what, if any, tangible repercussions a guilty verdict would have on how the wealthy use offshore accounts. Though the case against Wildenstein is different from the legal tax avoidance revealed in leaks like the Panama Papers, it comes as public scrutiny around the taxes paid by the world’s most wealthy individuals is at a recent high.
Isaac Kaplan is an Associate Editor at Artsy.
Related Stories