100 Years after His Death, the Legacy of Futurist Architect Antonio Sant’Elia Lives On 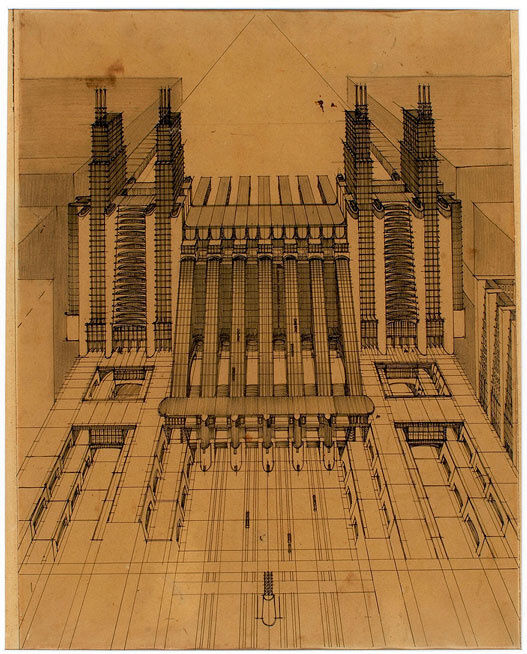 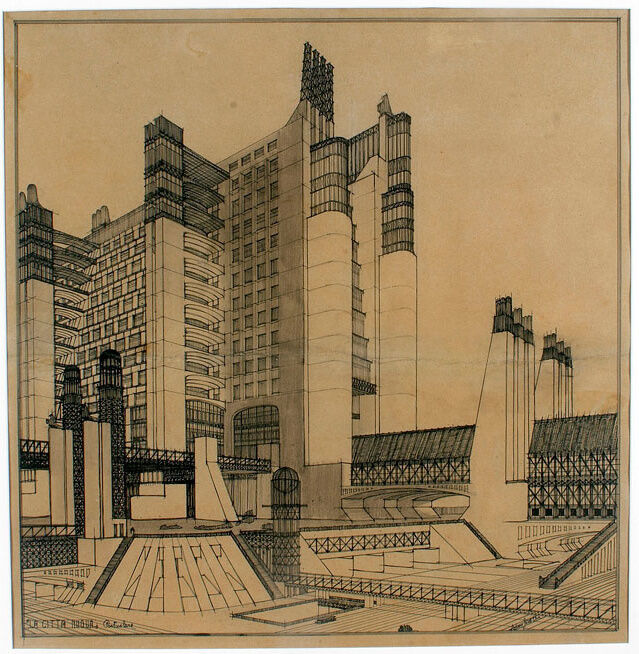 On October 10, 1916, Antonio Sant’Elia died fighting Austro-Hungarian forces at the eighth Battle of the Isonzo near Monfalcone on the Adriatic coast. The Italian architect was just 28 years old and left behind only one completed building, his Villa Elisi in Brunate, outside of Como. Yet, it is not for this sole building that Sant’Elia is remembered. Anyone who has seen Fritz Lang’s classic silent film Metropolis (1927) or watched Harrison Ford hunt replicants in Ridley Scott’s Blade Runner (1982) is already familiar with Sant’Elia’s imaginative vision of the city of the future. His fantastical designs inspired the visual worlds of those two films, and even today, 100 years after his death, the future he envisioned still resonates.
The work Sant’Elia is best known for—Città Nuova or “New City” in Italian—came with machine-like superstructures, stepped skyscrapers interlaced with suspended walkways and highway overpasses. Designed between 1912 and 1914, it was intended to be the architectural remedy to Modernism’s perceived disconnect from lived experience. In the early years of the 20th century, machines were changing the way humans lived in the world, facilitating movement and industrial production at a constantly accelerating pace. The
Futurists
exalted in this speed, believing that traditional ways of life, along with traditional forms of art and architecture, stifled human progress. These are the values inscribed into Sant’Elia’s design for Città Nuova. But the city was never constructed, not in his short lifetime nor in the 100 years since his death. 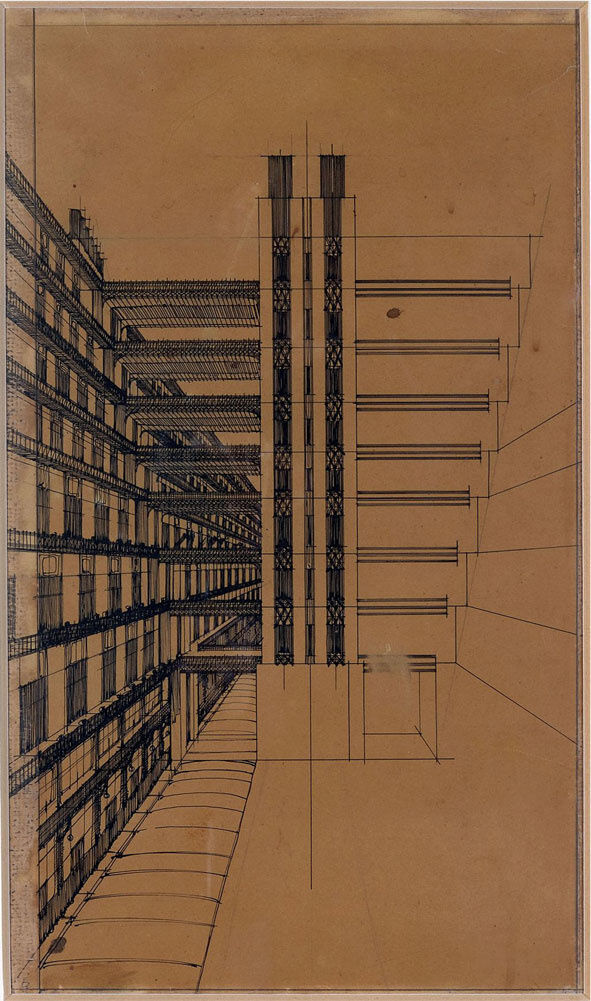 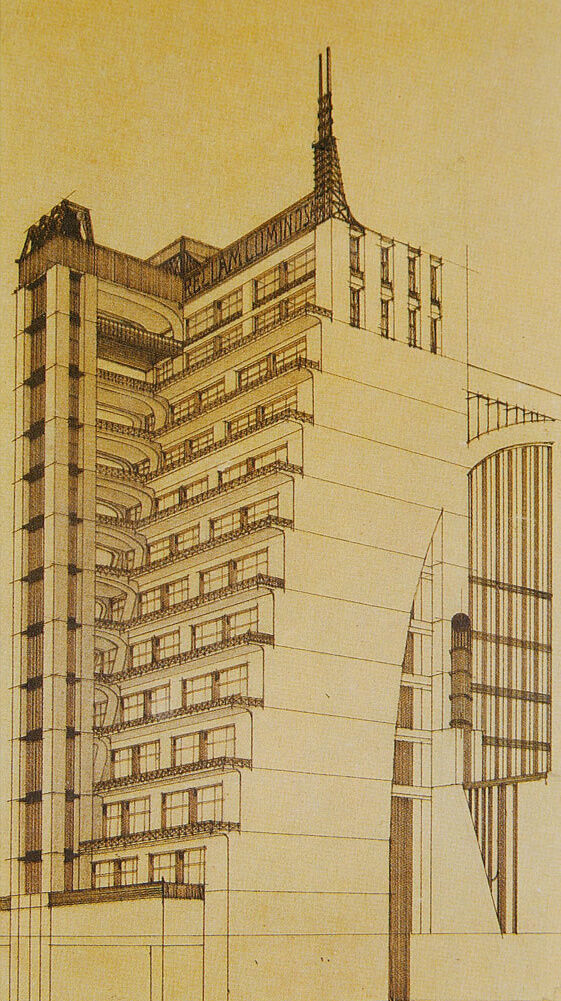 Sant’Elia was not the only Futurist who fought and died in the throes of World War I—a fact that should not come as a surprise. He and several others enlisted early, believing the world should be cleansed through warfare, the old order destroyed to make way for the future. The Futurists had an obsession with newness. They saw themselves as pioneers forging a civilization from scratch. “We stand on the last promontory of the centuries!”
Filippo Tommaso Marinetti
wrote in the “Manifesto of Futurism” of 1909, the founding document of Futurism. “Why should we look back, when what we want is to break down the mysterious doors of the Impossible?” Marinetti declared both an end to the obligatory veneration of the Western artistic canon—“A racing car... is more beautiful than the Victory of Samothrace”—and the beginning of an era in which the aesthetics of speed reigned above all else.
Sant’Elia believed that the primary task of a city in the industrial age should be to facilitate movement in the most efficient way possible. For his Città Nuova, he proposed three levels of traffic according to vehicle and speed: pedestrian overpasses, roads for cars, and tracks for tramways. These, along with vertical elevator shafts, were the only traffic arteries in the city. Sant’Elia also proposed that the city exist in a state of continuous construction. “We must invent and rebuild the...city,” he wrote. “It must be like an immense, tumultuous, lively, noble work site, dynamic in all its parts.”
His prototypes for the “Casa a Gradinata,” or “Casa Nuova,” set-back high-rise buildings with a separate tower to house elevators, were often positioned back-to-back, creating an internal corridor or arcade that would be criss-crossed with bridges and overpasses. This created the effect of an artificial landscape, with the buildings acting as mountains and the spaces between them suggesting valleys. In Sant’Elia’s world, naturalism would become urbanism and the individual would be consumed by machinery. 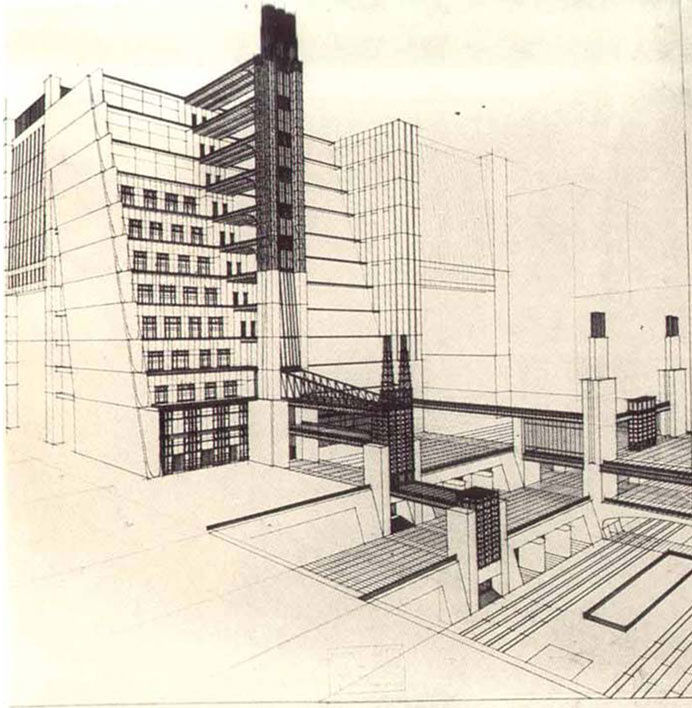 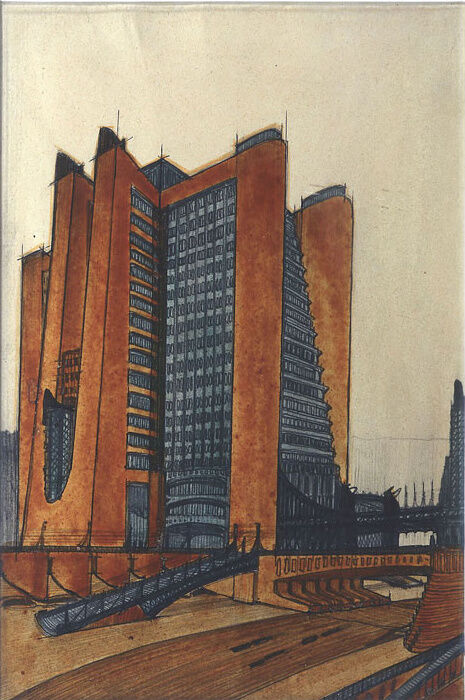 Advertisement
Though painters, sculptors, and poets produced artistic works that captured the motion, dynamism, and simultaneity central to the Futurist project, the simple fact that they did so means, in one sense, that they failed. The completion of their works—
Giacomo Balla
’s Abstract Speed + Sound  (1913-1914), with its green, white, and red of the Italian flag whirling through blue as if smashed and launched skyward by the rush of a speeding car, or Marinetti’s onomatopoetically punctuated poem Zang Tumb Tumb (1914)—inadvertently ties them to a particular historical moment.
These dated works have suffered the damning effects of time, whereas Sant’Elia’s unborn, ageless Città Nuova remains forever in the realm of utopian idealism. His legacy isn’t just carried on through the set-dressing of futuristic sci-fi films. His designs have influenced technocrats and urban planners throughout the 20th century—the most famous being
Le Corbusier
, whose unrealized Ville Radieuse (“Radiant City”), like Sant’Elia’s Città Nuova, was characterized by central planning, ease of transport, and the overall organization of its inhabitants. And while our contemporary cities might not be as technologically advanced as the metropolis-machines of Sant’Elia’s vision, with our self-driving cars, underground Wi-Fi, and smartphones that cater to every possible need, the city of the future is not far off.
Nora Landes
Related Stories