How the Bauhaus School Influenced the Way We Live Today 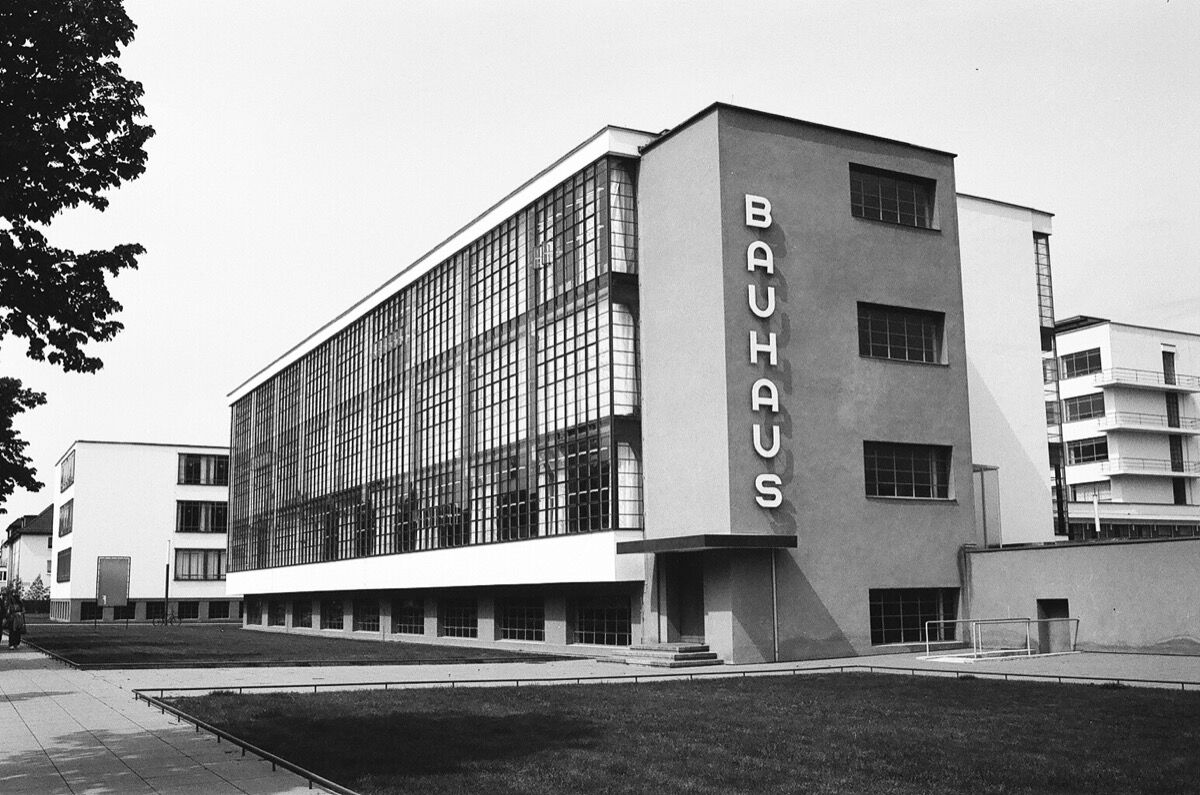 When the
Bauhaus
was forced by the Nazi regime to shut its doors for good in 1933, no one anticipated that the school’s utopian dream of creating “a new architecture,” one that unified all aspects of art and craft, would end up inspiring the cubic KALLAX shelving unit you probably have in your living room. The idea of modern, functional design available to all at affordable prices wasn’t the brainchild of Sweden’s most famous export, but of the 20th century’s most famous art school. And while Ikea’s cheap, modular furniture may not imitate the forms of Bauhaus-designed furniture to a T, apparitions of the Bauhaus continue to haunt us nearly 100 years after the school was founded.
The far-reaching legacy of the Bauhaus movement is evoked in this fall’s Triennial of Modernism, “Gropius—Open Spaces,” currently on view in Berlin, after traveling from Dessau and Weimar—the three cities where the Bauhaus took up residence during its 14-year span. The triennial centers around the theme of open space, focusing on its founder
Walter Gropius
’s reduction of architecture to its bare essentials, a minimalist impulse that extended to every aspect of his school’s teaching.
For members of the Bauhaus, to live in the modern world meant to actualize the Gesamtkunstwerk, or total work of art. The broad, interdisciplinary approach taken by the school’s instructors and their students considered fine arts, graphic design, advertising, architecture, product and furniture design, and theory not as separate fields, but as parts of a conversation about living in the modern world. 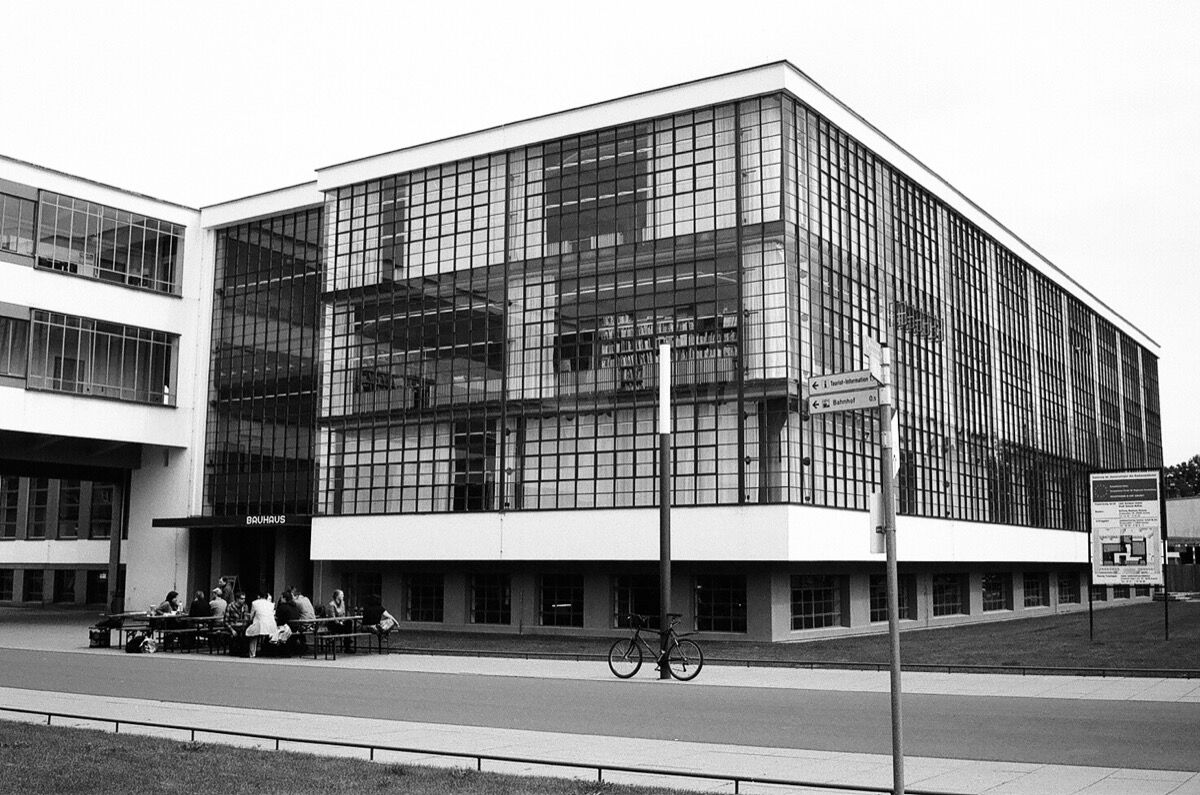 Though the Bauhaus set its sights on bringing its ideas into the mainstream, during the interwar years these concepts were still considered avant garde. We see this in Ise Gropius’s fuzzy, black-and-white photo of the Director’s House at the Bauhaus campus in Dessau, designed by her husband Walter and shot in 1926. In the image, the building looks as if it were anachronistically Photoshopped into its surroundings, the hard-line geometry indicative of Bauhaus architecture and design—now an icon of High Modernism—appearing out of place in its wooded Germanic environment.
Yet the simplicity of Bauhaus design allowed it to be integrated into any context. The school’s instructors—among them
Lyonel Feininger
,
Paul Klee
, and
Wassily Kandinsky
—didn’t just teach this concept, they embodied it as a prototype for modern living. From 1926 to 1932, years in which the Bauhaus campus found its home in Dessau, the school’s director and instructors lived in four semi-detached “Masters’ Houses” on the campus, designed by Gropius. Part artist colony, part utopian estate, these homes combined work and leisure spaces into a living, breathing manifestation of the Bauhausian dream—that art, design, and technology could be implemented towards the betterment of society.

Advertisement
The Masters’ Houses all shared the same basic floor plan and prefabricated, built-in cabinetry, but each of the instructors brought their own flourishes. While some outfitted their homes exclusively with furniture designed by
Marcel Breuer
, Kandinsky and Klee are noteworthy for having incorporated their color theories into the interiors of their homes, painting the buildings’ white walls with vivid colors. This reflected a key principle of Bauhaus design—that simple, reductive forms allow the individual to project his or her own experience onto a space. An aesthetic concept that was at once minimal and maximal, it took off in the post-war period, with clean-lined furnishings coming straight off the factory lines and into millions of homes—a relationship that Tom Wolfe’s 1981 book From Bauhaus to Our House outlines.
Despite their legacy, however, the houses of Bauhaus masters Gropius and
László Moholy-Nagy
, after being severely damaged during the 1945 bombing of Dessau, were poorly and incompletely renovated in the decades that followed. (In the 1950s a new, very un-modern house—complete with a pitched roof—was built on the foundations of the former House Gropius, as if to defect to the battalion of traditional houses across the street.) After years of debate, the City of Dessau and the Bauhaus Dessau Foundation announced a design competition for the renovation of the Director’s House in 2010. 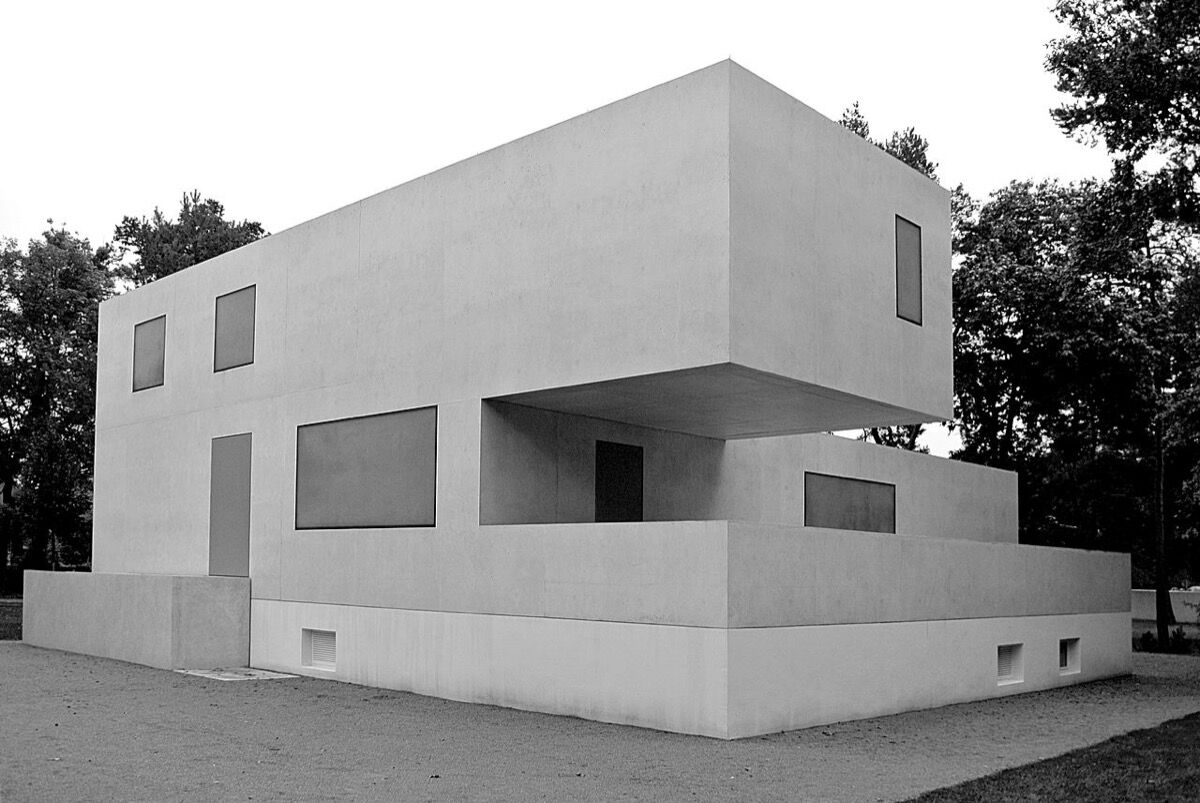 The reconstructed Director’s House. Photo by Spyrosdrakopoulos, via Flickr.

The winning design, “Blurry Reconstruction,” by architectural firm Bruno Fioretti Marquez, transformed the former House Gropius into a new visitor’s center, which opened in 2014. The design is a pared-down variation on the architect’s original theme. The structures’ already minimal design is further reduced: Flatness is made even flatter, color is muted to grey, and detail is diminished to accentuate the overall effect of the building’s imposing mass. A literal shell of its former self, the structure is a blank canvas for the viewer to imbue with meaning, a symbol of the central tenets of Bauhaus thinking for viewers today.
Openness in design, whether literal space or the imaginative space left open to the beholder, is something that directly links the Bauhaus to our lives in the 21st century. Lucky for us, it only takes an Allen wrench to keep the Bauhaus alive.
Nora Landes
Related Stories 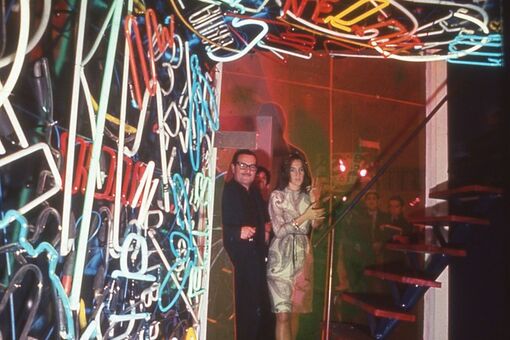