Artsy Editors
Nov 11, 2015 10:17am
Joan Mitchell
, the uncompromising and at times severe abstract painter currently featured at Edward Tyler Nahem Fine Art LLC, is an artist whose work has garnered massive popularity and waves of critical acclaim in the years since her death in 1992. An outspoken feminist and one of the few single women in New York City’s second-generation
Abstract Expressionist
scene, Mitchell was, in the words of New Yorker critic Peter Schjeldahl, “a great modern artist who started strong and improved with age.”

Joan Mitchell
Untitled, 1957
Edward Tyler Nahem Fine Art LLC
“At the Harbor and in the Grand Vallée” highlights that progression, focusing on Mitchell’s artistic development through the pairing of two series painted more than 25 years apart. In the juxtaposition of some of the artist’s most important works—including rarely viewed paintings from private collections—her maturation and the evolution of her nuanced, much-celebrated sense of color are clearly in focus.

While she straddled the United States and France for much of her life, in the 1950s in New York, Mitchell was the youngest woman in the influential Eighth Street Club, also known simply as The Club. Alongside fellow members
Willem de Kooning
and
Franz Kline
, among others, she attended The Club’s Wednesday and Friday evening roundtable discussions. The earlier paintings on display at Edward Tyler Nahem—some of which are the first pieces that brought the artist success—were painted around this time, in the late ’50s, and are inspired by the landscapes of New York City and Long Island. Forceful and energetic, they suggest the origins of Mitchell’s abstract language and her mastery of color—which would inspire the
Minimalist
artist
Brice Marden
to note that she could even “make yellow heavy.” 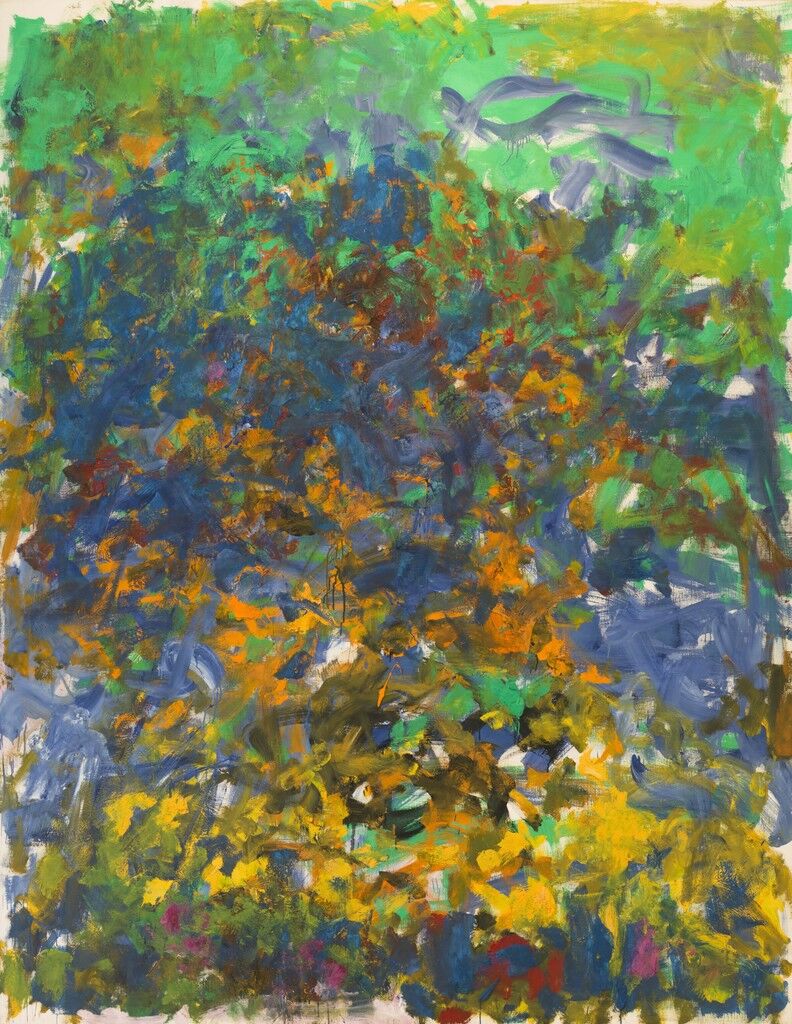 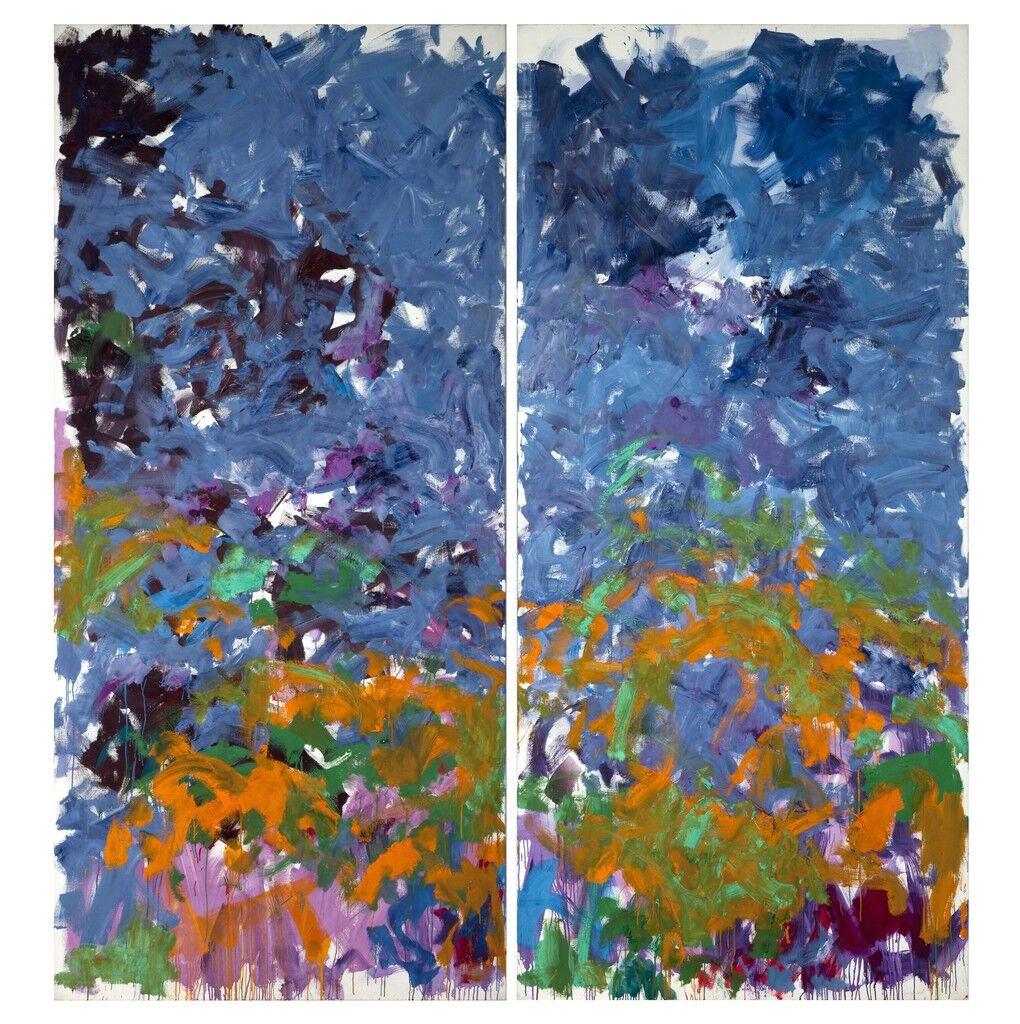 Joan Mitchell
La Grande Vallée XVIII (Luc), 1983-1984
Edward Tyler Nahem Fine Art LLC
Advertisement
The later pieces, completed during 1983 and ’84, are taken from Mitchell’s ambitious large-scale series “Grande Vallée.” These were painted after the artist had made her home in the relative calm of the French countryside; at the time she had lived there for some 25 years. Pastoral and rendered with a more stately hand, they represent Mitchell’s skillful mark-making and her movement towards more meditative subject matter. The inspiration for these paintings—an imagined valley—is said to have come from the dream of a young man on his deathbed, as was recounted to Mitchell by a friend. But as much as the works themselves, it is the space between them that speaks volumes—the years in which the artist’s youthful energy was molded into the aesthetics of a master.